Kim Kardashian Has a Major New Hermes Birkin on Her Arm 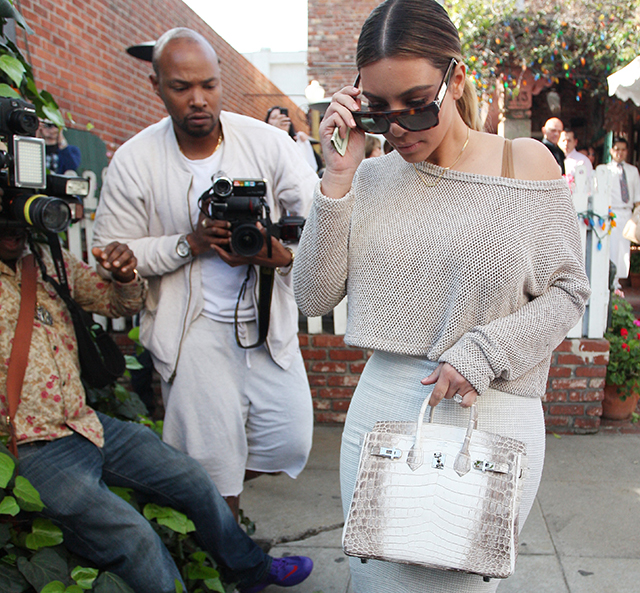 Kim Kardashian was recently mobbed by paps while leaving lunch at The Ivy in LA – as you can see, she’s clutching a relatively teensy 30cm Hermes Himalayan Crocodile Birkin, which is an extremely rare Hermes bag. Kim has a special talent for acquiring the rarest of Birkins, of course, and then cycling a few out of her wardrobe by selling them at auction at a later date). You can peruse her extensive collection of Birkins and other Kanye West-approved handbags in “The Many (Many) Bags of Kim Kardashian.”

The name “Himalayan” actually refers to the color of the Birkin, not the region from which the crocodile comes from – which, yes, is needlessly confusing because Himalayan crocs sound like they could be a real thing, but are not. Kim’s bag is actually made from the hide of a Niloticus croc, just like a lot of other Hermes bags. What makes this bag rare (and notably more expensive than other croc Birkins) is that the tanning process necessary to achieve this finish is particularly delicate. Reportedly, Hermes has no plans to keep producing the Himalayan Croc Birkin, so maybe this bag will be the next to appear on the auction block? 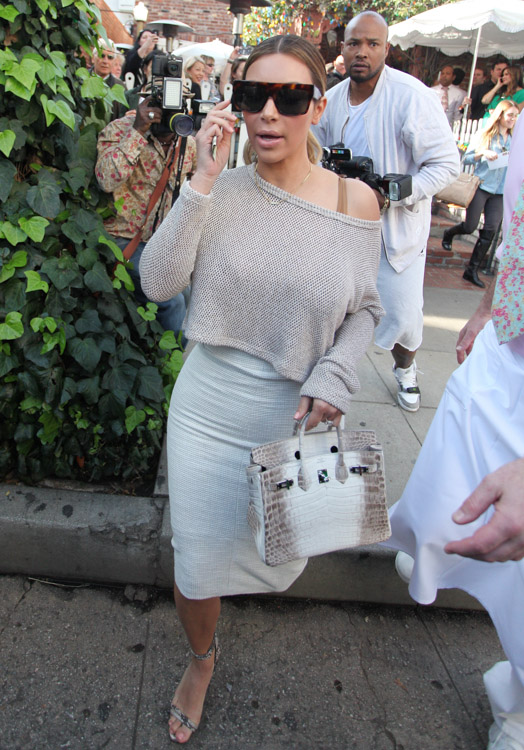 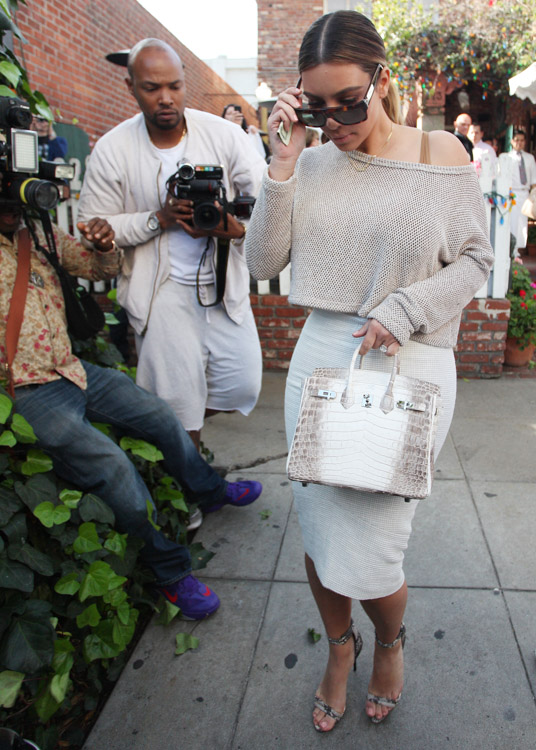 Replacement for that hideous gift from Kanye?

This is exactly what Kanye should have purchased for her for Christmas.

She needs a new stylist. Her shoes are way too small and those sunglasses are hideous.

Pinky toes aren’t supposed to be squished out from your sandals.

OMG that looks painful as heck. Why do people do this?!

*yawn*. completely underwhelmed by the whole thing….from the teensy little Birkin, to the fugly glasses and wrinkled skirt.

Good cal vivid. She also prob got the bag sent for free.

Looks smaller than a Birkin 30.

Many Thai actresses owned this birkin bag as an investment. I saw this bag maybe like 2 years ago. Can’t believe you use the word “major” for this bag in 2014!

Why have lunch at The Ivy, then act like you don’t want your picture taken. Oh, Kimmie.

Wow! That over-burdened bra strap is really slicing into her shoulder.

just as a note i like the monochromatic look of this day and its a 25cm birkin !

I don’t now about other people, but a Himalayan croc B sighting still gets a gasp of awe from me. Gorgeous. Love it in the 25cm as well.

Heritage Auction house has one up for auction…