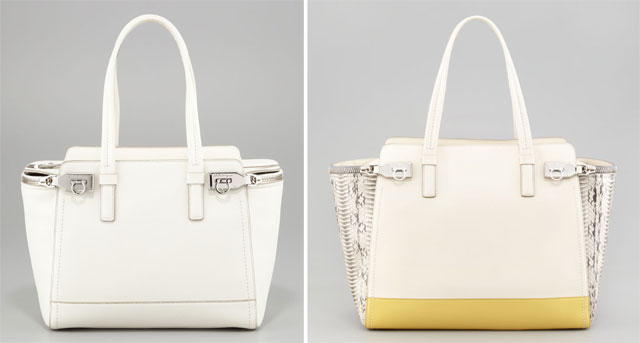 Remember back when colorblocking sounded new and interesting? It’s been a little while, but the trend is still going strong through Fall 2012 and well into Resort 2013. When done carefully, and often with the help of a little added texture, the look can still feel fresh and modern, but it’s not the sure-win gimmick that it was a year ago. In a way, that’s good – it means that the cream rises to the top, so to speak, and the truly skilled implementations of colorblocking are easy to pick over the less elegant ones. The Salvatore Ferragamo Arianna Snake Side Tote is definitely part of the cream.

There’s also the issue of the all-white Ferragamo Arianna Tote, which is also totally chic, but in a slightly different way. This is the version I could see an impeccably stylish Milanese woman carrying while on an early spring jaunt to some kind of European resort that probably only exists in my mind. Of course, in my dreams is the only place I’d ever be able to carry an all-white bag; I’m simply not that careful, no matter how much I try.

The colorblocked version, however, seems slightly more practical, despite being significantly more expensive and partially exotic. Much of the bag’s body is still quite light, but the butter-yellow bottom and natural snake gussets break up the visual enough that a pen mark or a bit of color transfer wouldn’t be so painfully obvious. If I were splurging on one of these bags, it’d definitely be the multicolor one – which would you pick? 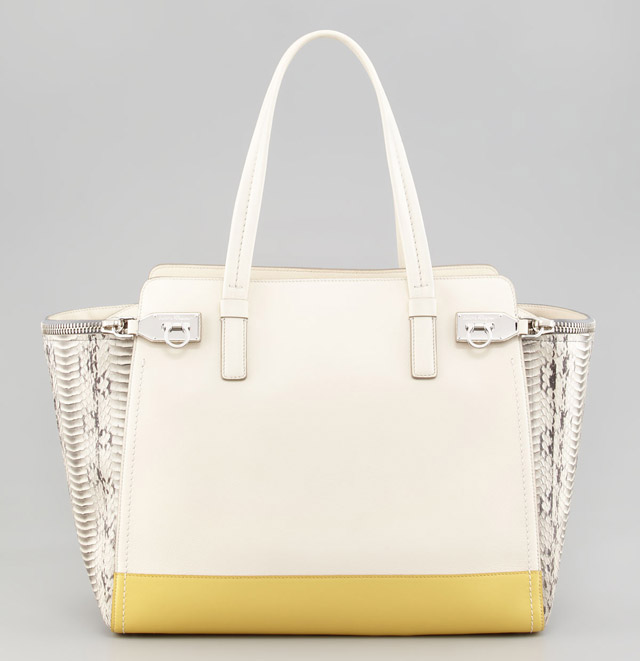 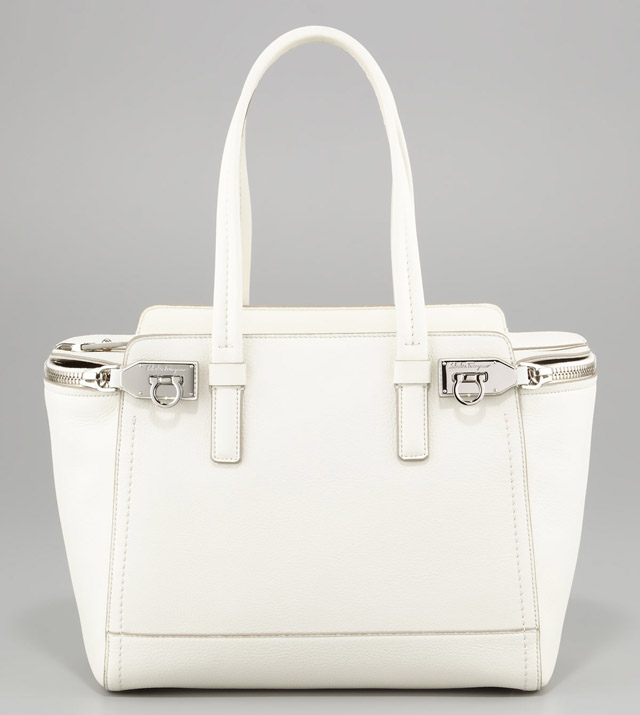 If price were no object the color blocked one for sure.

I vote for the all white but am like you Amanda, waaay too messy and careless. The lines are clean, stylish and chic. Definite winner.