Does a designer’s bad behavior turn you off of a brand? 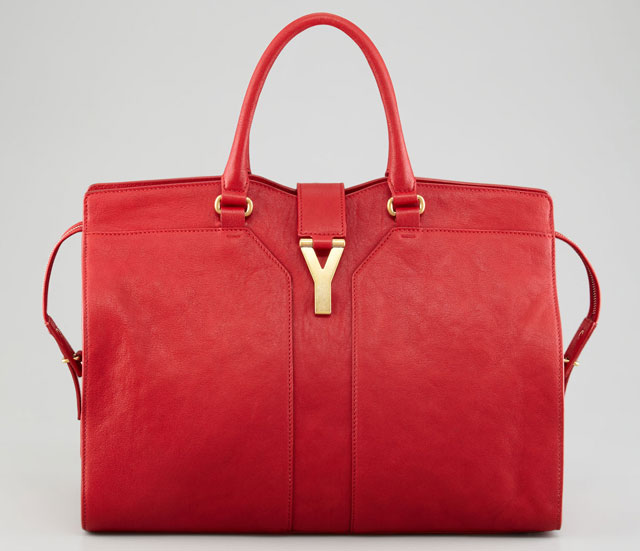 If you keep up with fashion industry gossip, you probably already know what this is all about. If not, let me give you a bit of background: Hedi Slimane’s first women’s collection as creative director at Yves Saint Laurent/Saint Laurent Paris (and his first women’s collection ever, period) was not particularly well-received. To the vast majority of critics who viewed it (and to me), it looked a lot like a not-particularly-inventive retread of classic YSL ideas with a dash of Rachel Zoe thrown in for good measure. It wasn’t bad, per se, it just didn’t appear to be looking forward to the future of fashion. That fact was particularly blatant when compared to the season’s other highly anticipated debut, Raf Simons’ excellent, modern collection for Dior.

On top of that, YSL PR, apparently at Slimane’s behest, has taken to trying to micromanage the media response to both the collection and to Slimane’s efforts to rebrand YSL in general. (For an excellent read on the details of those efforts, check out Business of Fashion.) In particular, Slimane’s personal response to the middling reviews has been inelegant at best; he sent out a tweet that contained an open-letter graphic to New York Times fashion critic Cathy Horyn that was at once arrogant, passive-aggressive and immature. Having a public tantrum when your collection isn’t reviewed the way you had hoped is problematic in its own right, but in a larger sense, does it make a brand seem less desirable to you as a consumer?

Horyn occasionally finds herself at odds with designers over her blunt opinions, and she has the opportunity to express them in a way that other fashion editors don’t because The Times itself isn’t beholden to the good graces of fashion brands for ad revenue and loaned clothing for editorials. She’s one of the most well-respected critics in the world, though, and any designer taking the helm of a brand as large as YSL should be prepared to deal with a negative review from someone like her with the grace of a seasoned professional, at least for the sake of the brand’s public image.

I was excited to see Hedi’s debut and a bit disappointed with the collection, although my hopes were still high for the accessories (which, by all indications, will feel more current than the clothes did). Following all the controversy and Slimane’s public display of immaturity, though, I can’t help but feel…less excited. Behavior like his makes me lose respect for people, and I’m not sure I can spend a huge amount of money on a bag from a source that I don’t really respect. Not to mention that there’s nothing luxurious or high-end about trying to start a Twitter screaming match with a professional who was simply doing her job – reviewing a collection. I felt similarly about the collection that John Galliano produced for Dior that hit stores after he had been fired for his public anti-Semitic rant; even if the bags looked good, they’d still make me feel like I’m endorsing an attitude and identity that’s far less chic than it should be, for the price. So much of luxury is about image and branding that a lack of professionalism taints it for me; some of the specialness has been chipped away.

Do you feel the same way? Does the way that a designer conducts himself affect your perceptions or your buying patterns?

Agree 100% and was wondering how many others would feel the same.Very well stated!

I agree also. His behavior has put a dent in my enthusiasm for the brand. Though I think the name change had already done that. Despite his attitude, I do have to admit that I loved every piece that came down the runway! I would wear the whole collection! So maybe it’s not a new vision, but its definitely wearable.. Perhaps that’s the problem.. A runway collection isn’t supposed to be overly wearable? I’m not sure.. But those dresses and jackets could appear in my wardrobe any time!
Still, he needs to show some dignity, grace and humility.

I agree with you. I was put off immediately by the revision of this iconic brand from Yves Saint Laurent to Saint Laurent Paris. I have many pieces, most of them shoes and my Chyc bag (pictured)…that I will continue to love. Anything purchased in the near future is unlikely (not to mention the clothing was meh at best) for all of the reasons you mention above.

I was really excited to see his collection as I’ve always loved his post-punk take on the Dior Homme collections. When I saw the first images of the show, I thought it was the Gucci collection!! (not thinking that Milan was over and it couldn’t be, blah, blah, blah)…anyway, I didn’t find his DNA in that collection and wasn’t that all impressed with it…stuff we’ve seen already a zillion times! I do like the pieces on the website though, simple lines, an architectural coldness about it… Speaking of the website, I also went on to check out the new accessories as I’m an accessory junkie and “bleh” is the best way to put it (so far)! As for the logo change, I almost had a heart attack, YSL was one of the best logos around, so classy, so perfect, why??!! Something tells me sales might drop drastically…we shall see…

Definitely! A designer’s behaviour does influence my buying choices.

My head reels..i refuse to be entangled in ‘their’ imbroglio (i’ve got ‘my own’ personal issues to handle) one can only hope that someone ‘up there’ would get them out of this debacle, the beloved BRAND NAME would be salvaged and we can all get back to the ‘business of purchasing’!

Yes it dose. I love YSL handbags,shoes, and jewelry. I was disappointed with the name change but still open to the brand. After reading multiple articles that came out during fashion week about their show I am fully turned off of YSL. They limited how many fashion critics could come, granted I understand all designers pick & choose who fills the seats at their shows. However to blow of critics to make sure all your bff’s got front row seats is rude and make the critics stand up for the show due to lack of seats or give them seats so far back all they can see are the models heads is disrespectful. The few of the selected critics were actually instructed as to what they can and can not write about, WTF is that about. Then pitching public hissy fits when the majority of critics you actually allowed in complain about the treatment along with not giving you the glowing reviews you feel you deserve really takes the cake.

I can not dismiss the fact that multiple writers had issues, if it was just one critic I could blow it off as someone having a bad day. I could take it with a grain of salt but they seemed to tick off the majority of them. They had a ton of interest in their show due too the change in directors, they really could have worked it to their favor but instead they shot themselves in the foot repeatedly. I know all designers have egos and tend to be narcissistic but if you want to play with the big boys you better be able to take criticism that comes along with the roll it’s a part of the package. They also need a new PR team asap because not only is Slimane’s reaction poor but their efforts to clean up the mess are a major fail.

Doesn’t anyone realize the whole point of the rant was not about her bad reviews, but her bad behavior as an unbiased journalist who has alterior motivations and a close friendship with another designer which affects her judgements. Journalist question people all the time and yet It’s shocking how people don’t question journalists. And people get mad when they do. It can be very dangerous to not let others have a voice. When Journalists need to be careful since what they print can be so powerful. If they don’t print the truth then it becomes fact and that is dangerous. What I think he was trying to do in his rant was clearer bringing to attention by his last line of calling her a publicist and NOT a journalist and that she has gotten away with it for so long. I am glad he is standing up to journalist crying about not getting front row seats. how childish and embarrassing.

The way the designer conducts themselves definitely affects my buying patterns, because I will feel less inclined to shell out big bucks for items that have the brand name that someone I dislike represents. I am a huge YSL fan and I’m honestly disappointed with the new collection and name change. I’ll personally be scrambling to get the last arty rings, BDJ clutches and wallets, thanks.