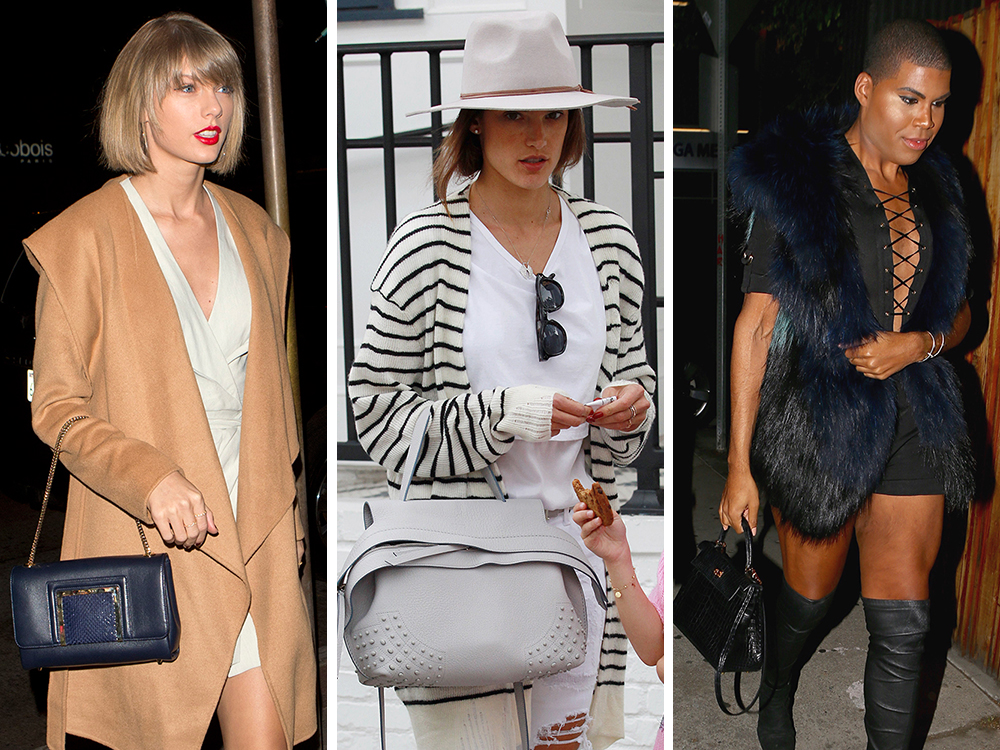 The Tod’s Wave Bag continues to gain steam this week, while a few other new celeb bag picks are all set to join the crop of this season’s most highly coveted. That’s all business as usual, of course; what’s perhaps more curious about this crop of celeb snaps is how many celebrities happened to grab lunch or dinner with other celebrities last week. For example: did you know that Reese Witherspoon and Taylor Swift are pals? How about Lil Kim and Kim Kardashian? How about a bunch of supermodels that frequently appear in bikinis together? Well, that last one makes the most sense, obviously, but the other pairings? Maybe not so much. In any case, celeb lunch and dinner dates always make for an excellent day of handbag watching.

Let it be known that Alessandra Ambrosio already has TWO Tod’s Wave Bags. We first saw her with a small, bright white version of the Wave exactly a month ago, and here she is carrying a larger, light grey version of the Wave while grabbing lunch with her daughter and fellow supermodel Lily Aldridge at Au Fudge in West Hollywood. Also, look at her daughter’s “model face”. She’s already more than half way there. 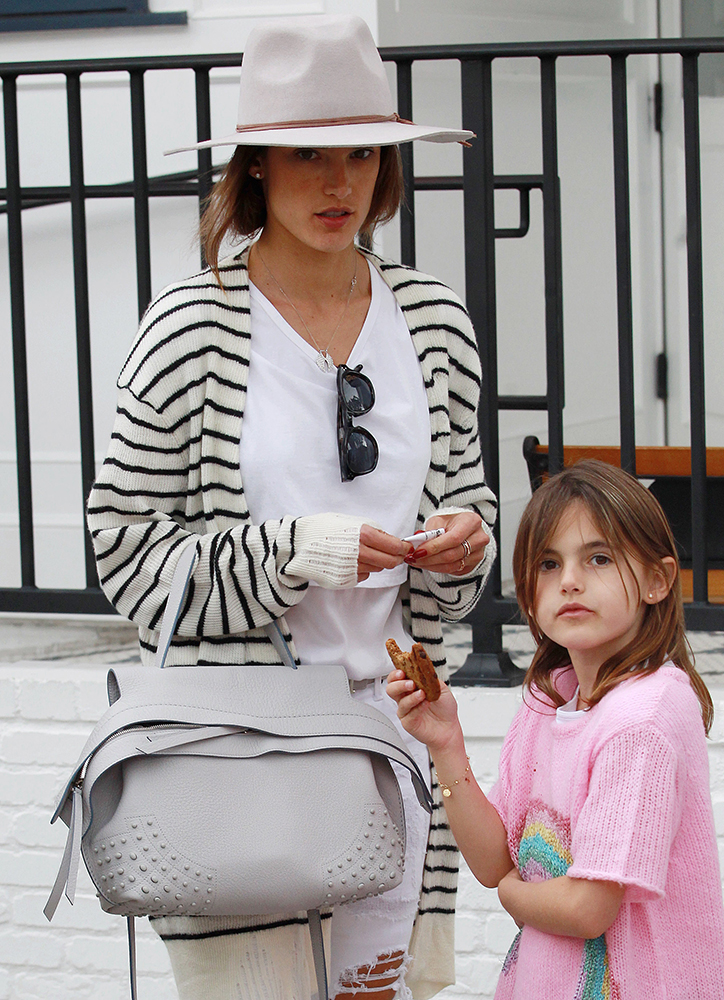 It looks like Alexander Wang has another hit on his hands. Behati Prinsloo was spotted carrying the new Alexander Wang Rogue Bag while leaving dinner at Gracias Madre in West Hollywood with Lily Aldridge (yes, again!) and Rosie Huntington-Whiteley. The success of this bag is slightly surprising, because while I love all things Alexander Wang, the Rogue is not exactly worlds away from the Rocco. 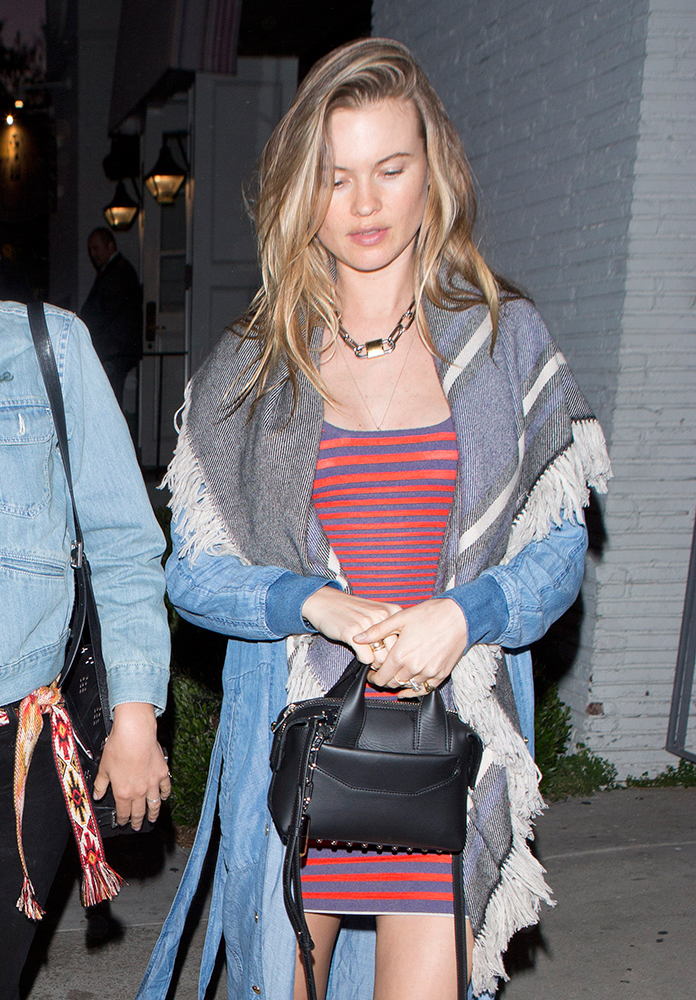 Here’s EJ Johnson, heading in for a super casual dinner at the Nice Guy with a small Hermès Crocodile Kelly. So this is what the “Rich Kids” are wearing to The Nice Guy these days. 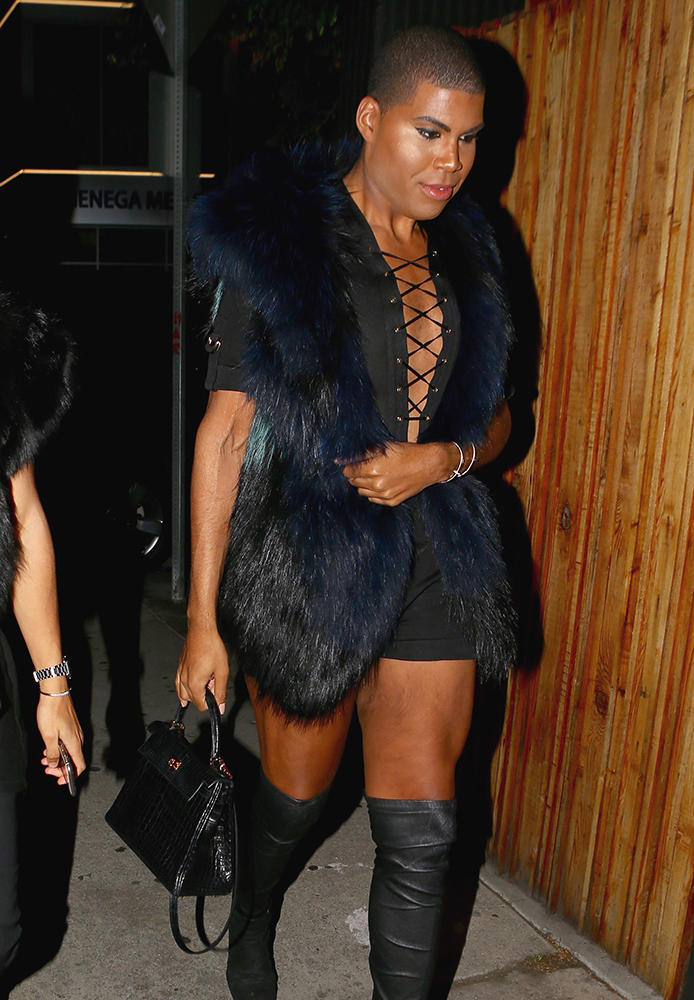 No, Kate Winslet does not actually have to hail her own cabs when she’s in NYC. This is a photo from the set of her new film Collateral Beauty, and her character is carrying a beautiful black leather Chloé Georgia. 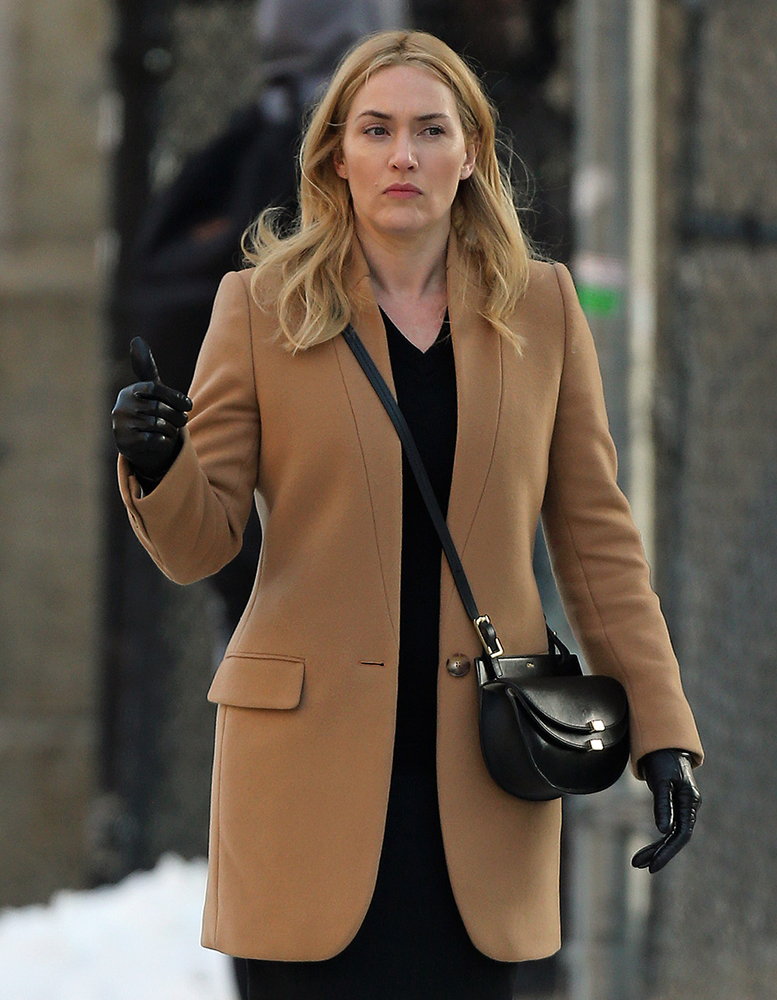 La La Anthony was recently snapped carrying a Givenchy Antigona as she headed in to watch the Knicks play the Cavs at Madison Square Garden. La La does not have her own edition of “The Many Bags of…” just yet, but that’s something we should probably rectify. 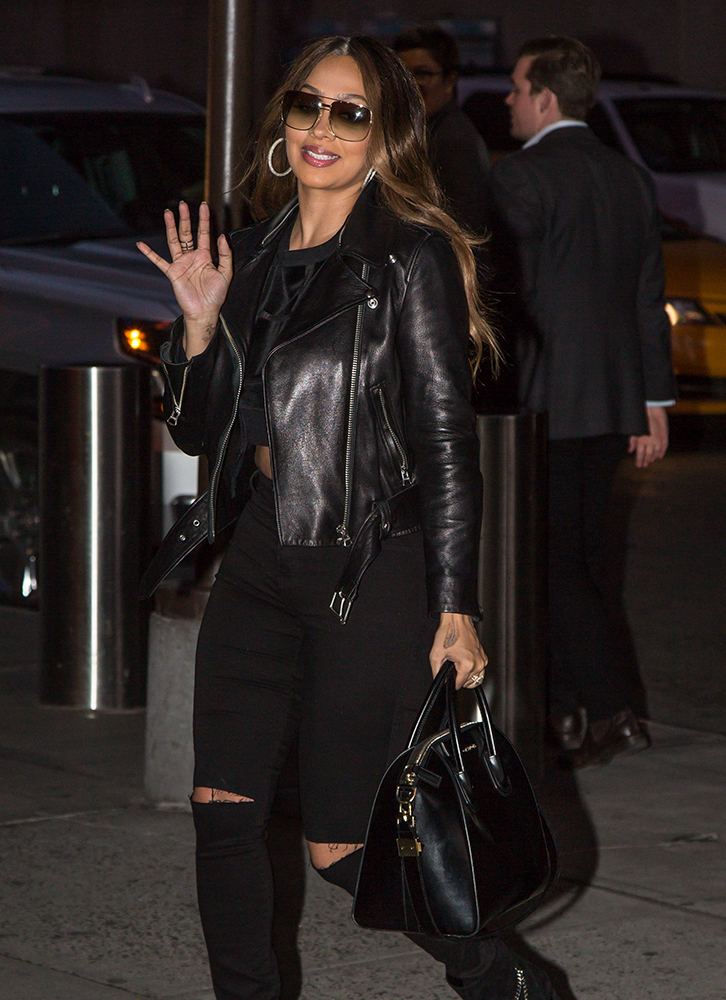 Everything about this photo is confusing. As you can see, this is Lil Kim and Kim Kardashian leaving dinner at Craig’s, where we have to assume they dined together. How are they friends? Why does it look like they’re both sucking on Jolly Ranchers? Can generating tabloid headlines really finance your python Chanel bag habit for life? Kim K. would definitely like to know. 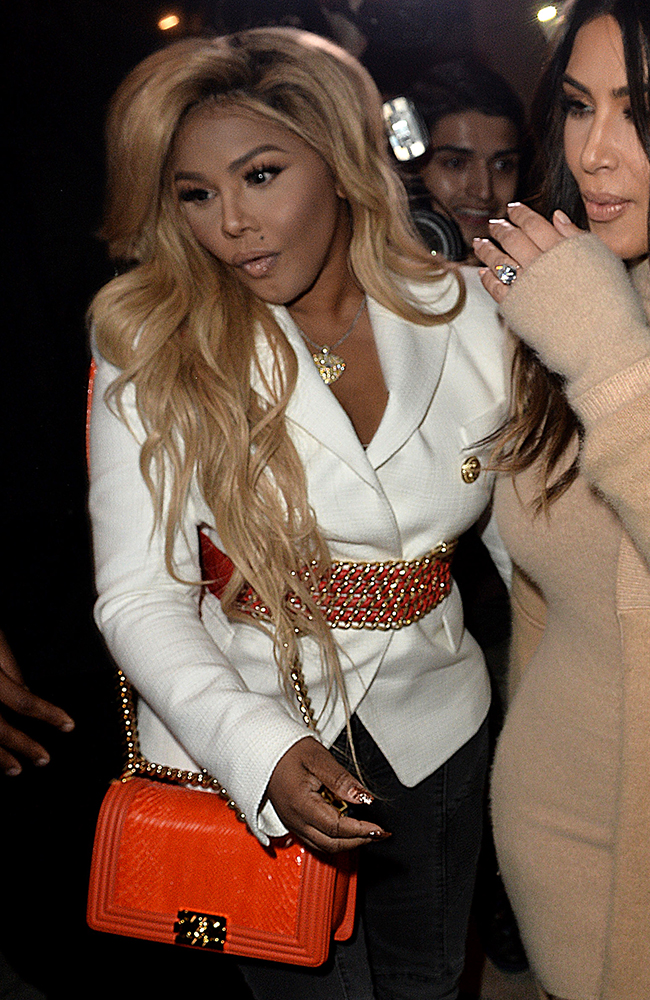 Reese Witherspoon was recently spotted leaving dinner at Madeo in West Hollywood with a cute Gucci Tian GG Supreme Pouch. Reese is all about Gucci’s shoes and handbags lately. They are kind of her jam for Spring 2016. 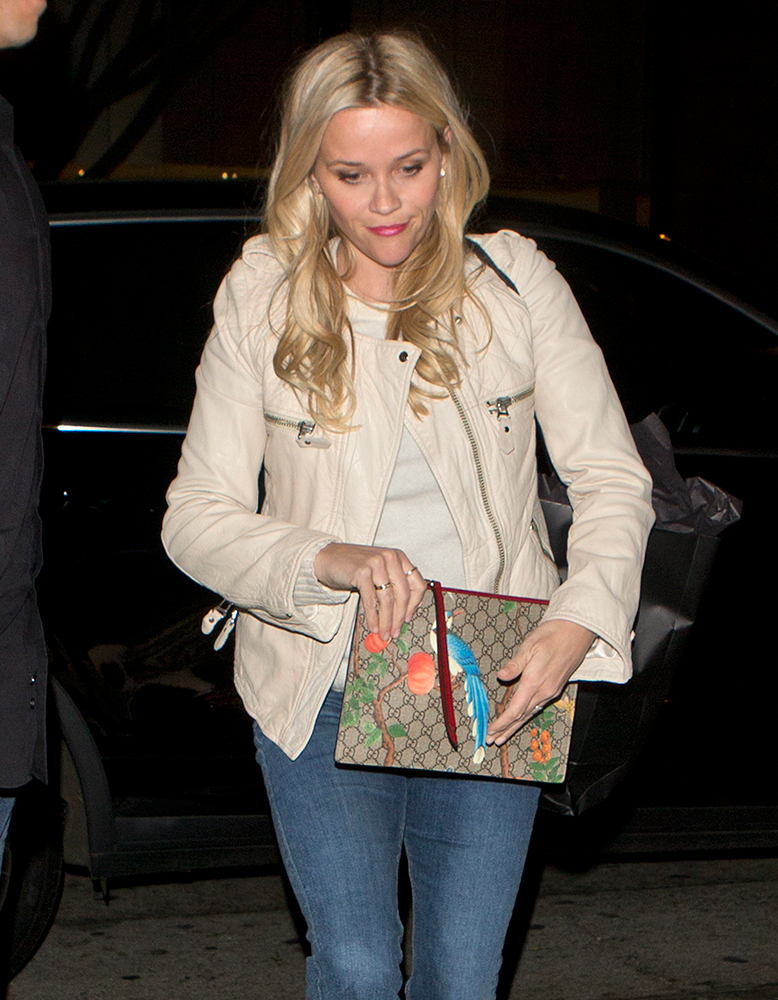 Reese’s Madeo dinner date was none other than fellow exorbitantly wealthy blond A-lister Taylor Swift, seen here carrying a navy blue Jimmy Choo Alara Bag, which is a possible celeb first. (Watch out, The Nice Guy, your days are numbered.) 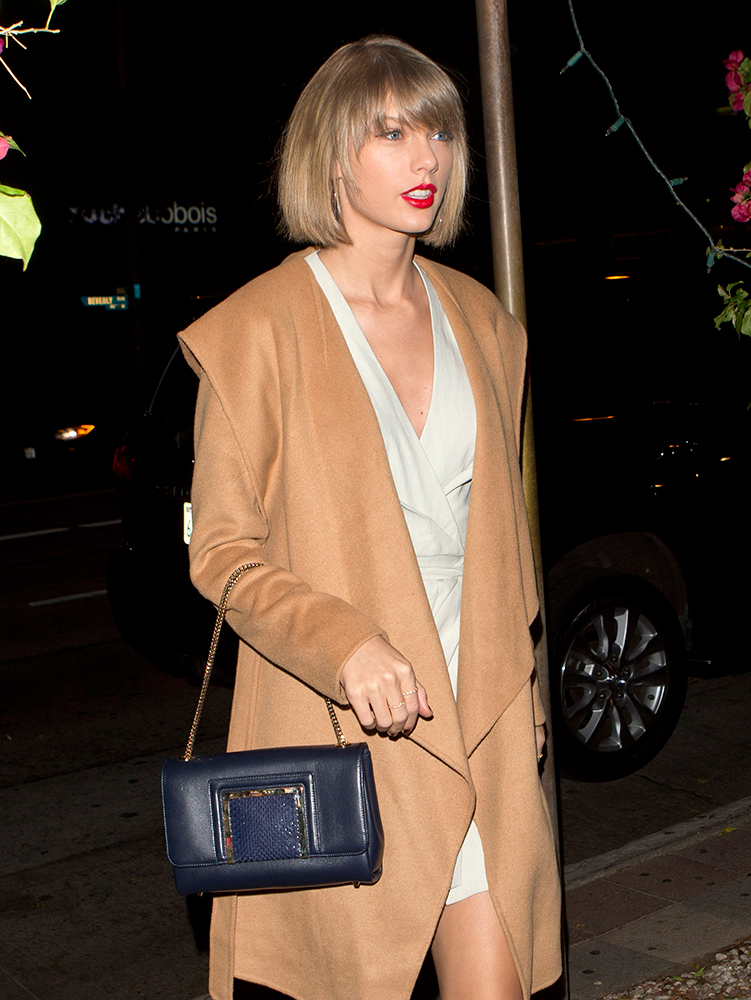 I have commented on that so many times, lol, it is really odd.

Anyway, love all the bags actually, which is a first. Can I add E.J. is so fierce and rocks every look!

EJ has too much money to look such a mess. I wish he’d hire a stylist.

Lil Kim being friends with KK shouldn’t be a surprise! They run in the same circles (if TMZ is to be believed), both are obsessed with plastic surgery, one is a rap icon and the other is married to one (Kanye’s mental stability is up for debate but not his talent). I’m certain that she made out well during her Bad Boy days and if not, there’s probably more than a few wealthy benefactors willing to splurge on the original Queen B!

I wonder if Nice Guy pays for the celebrities to be seen there and dine for free.

its actually very easy to use and travel with— quite light, too.

A young and non generic looking bag, it is quite easy bag to use, wonderful for travel— very light and the leather is gorgeous.