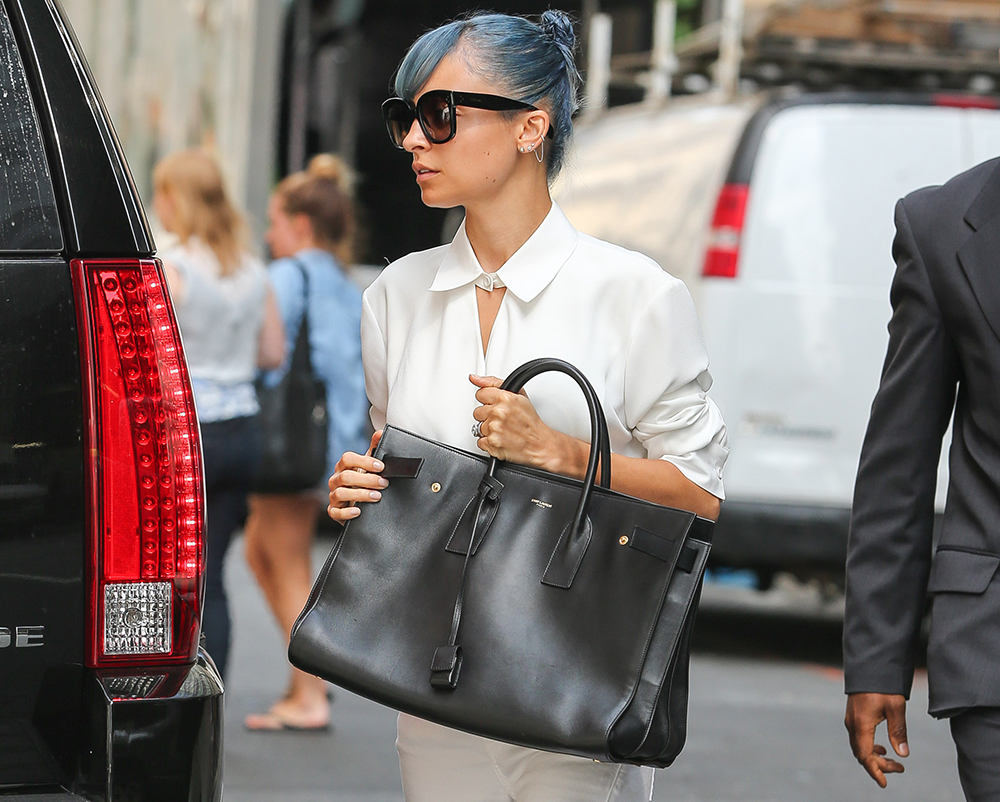 Here's a blue-haired Nicole Richie, making the press rounds in NYC for her new reality show Candidly Nicole. (Yes, Nicole Richie is returning to reality television, for reasons I don't completely understand.) She's carrying the largest size of the Saint Laurent Sac de Jour Tote, which is definitely its most Birkin-esque variation. Nicole's bag is currently available for $2,950 at Barneys.

Ever since her departure from the reality TV show The Simple Life (which first aired over a decade ago), Nicole has worked to redeem herself for her vapid, Juicy Couture tracksuit-wearing reality TV persona by rebranding herself as a celeb style maven and fashion designer. I doubt a new reality show could possibly undermine all that, but only time will tell. In the meantime, you can peruse all of Nicole's luxe handbag picks in "The Many Bags of Nicole Richie." 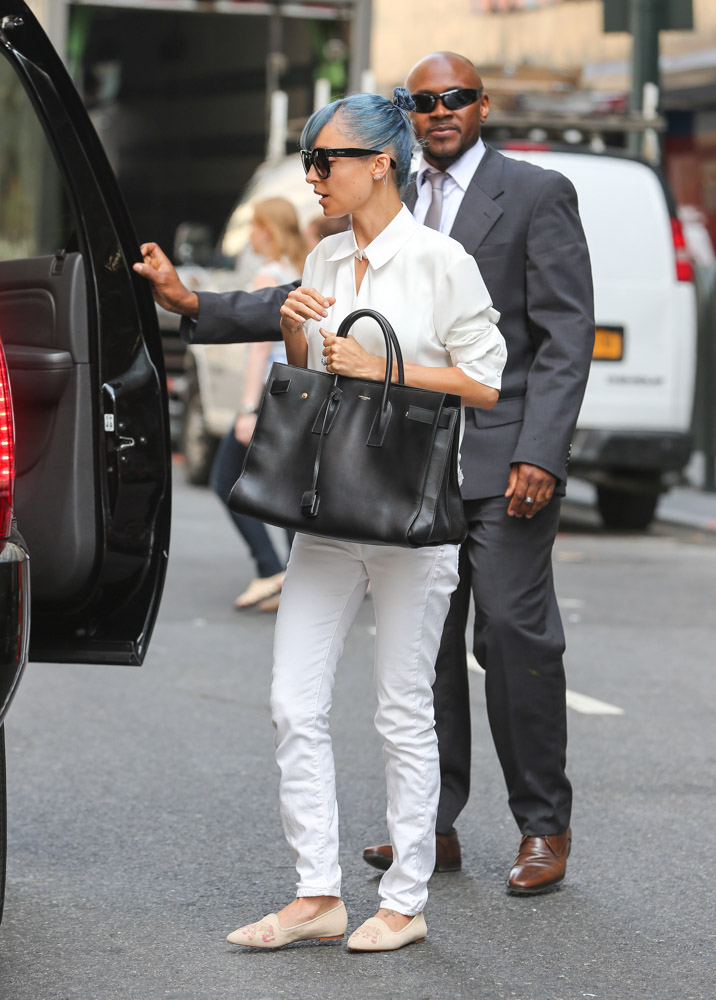 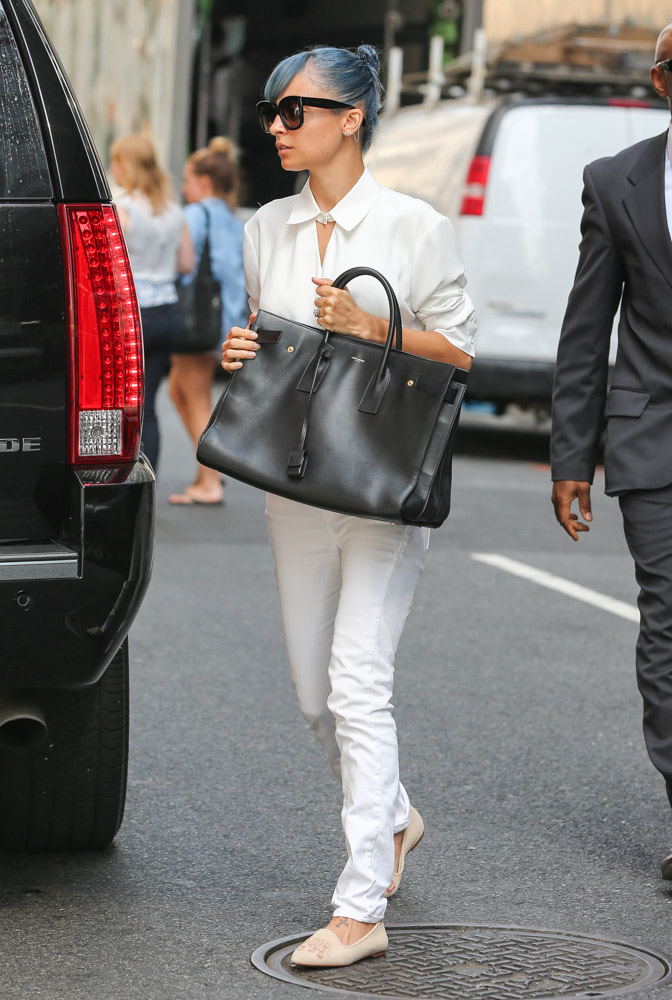 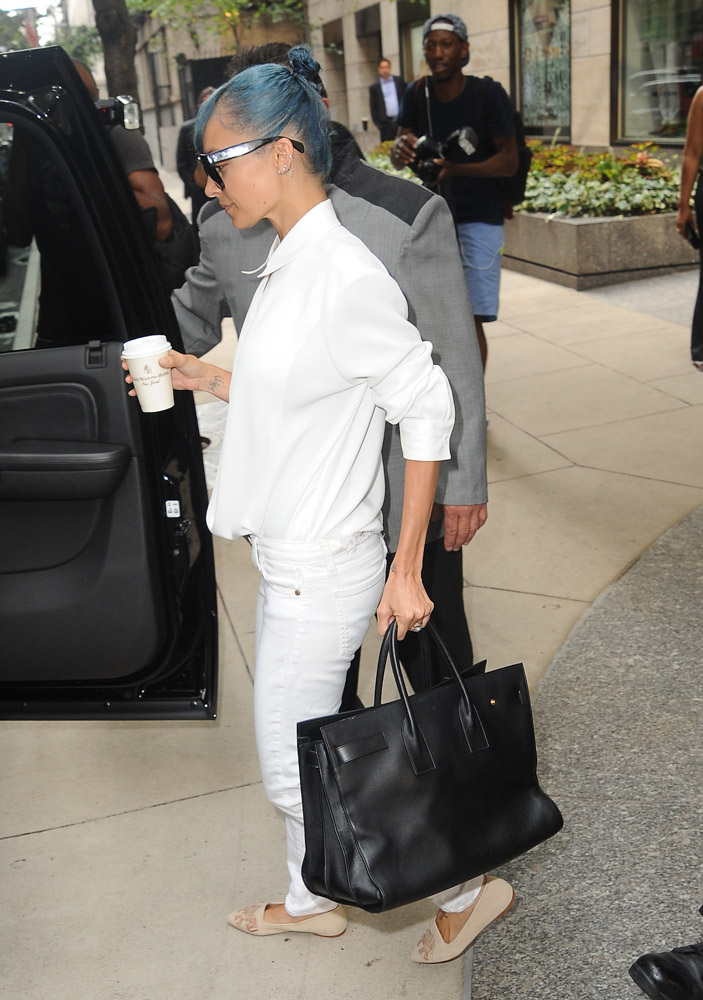 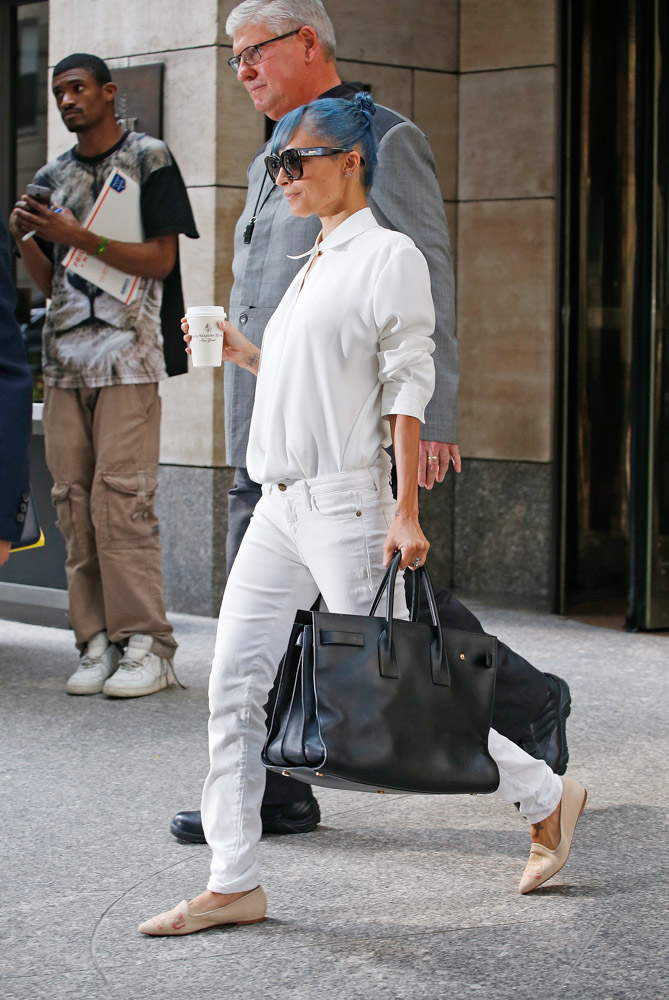