The Many Bags of Lupita Nyong’o 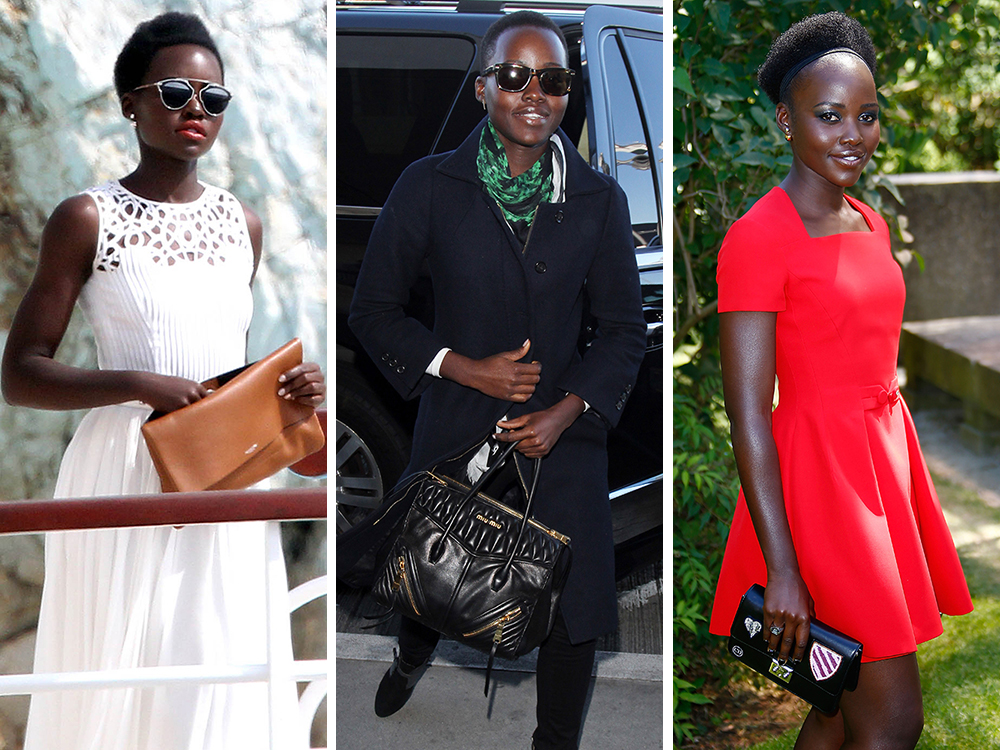 Lupita Nyong'o's rise to fame is one of the best things that's happened to celebrity fashion-watchers in years. When she first caught the public's attention during her Oscar run for 2013's 12 Years a Slave, she established herself as someone who has a keen sense for color, supports designers both big and small and takes fashion risks that almost always pay off. She's been a bright spot in the celebrity world the whole way.

Lupita brings that same unique personal style to her handbags; you won't find her carrying the usual celeb faves from brands like Chanel, Hermès and Céline. Instead, check out her bag choices below for a little bit of outside-the-box bag inspiration.

I know multiple people who were at the Veuve Clicquot Polo Classic and got to see Lupita look this great in person, and although it was more than a year ago, I'm still seething with jealousy. 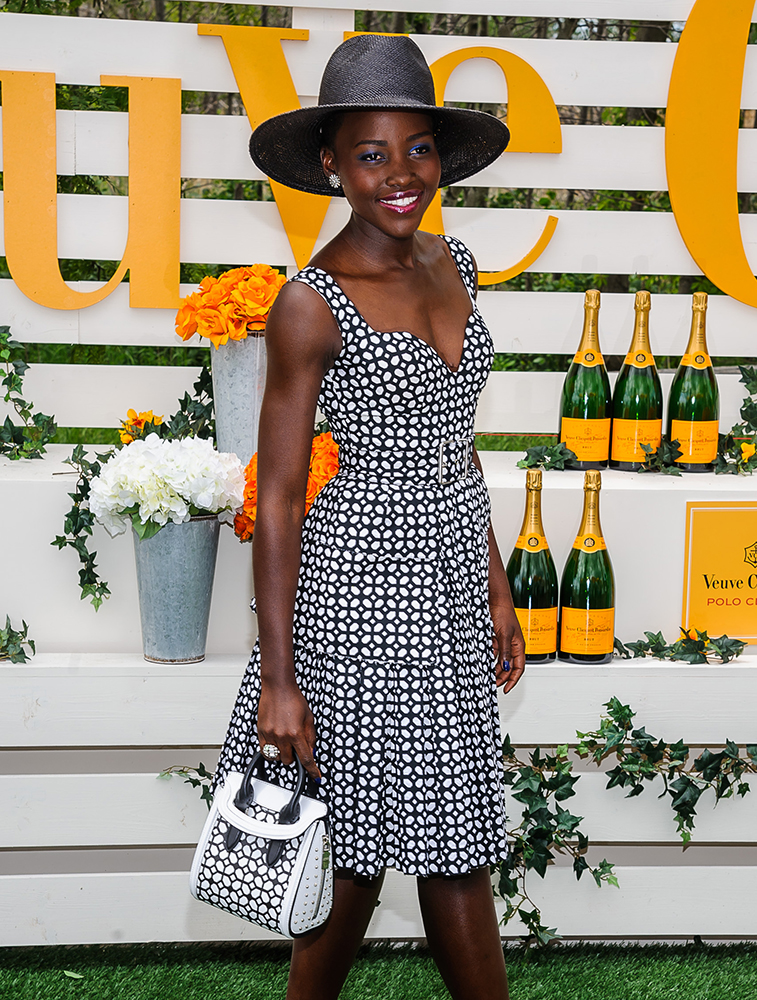 We posted this photo of Lupita at Cannes once before and none of you could ID the bag, but I'm hoping something has changed single then; it's so perfect. 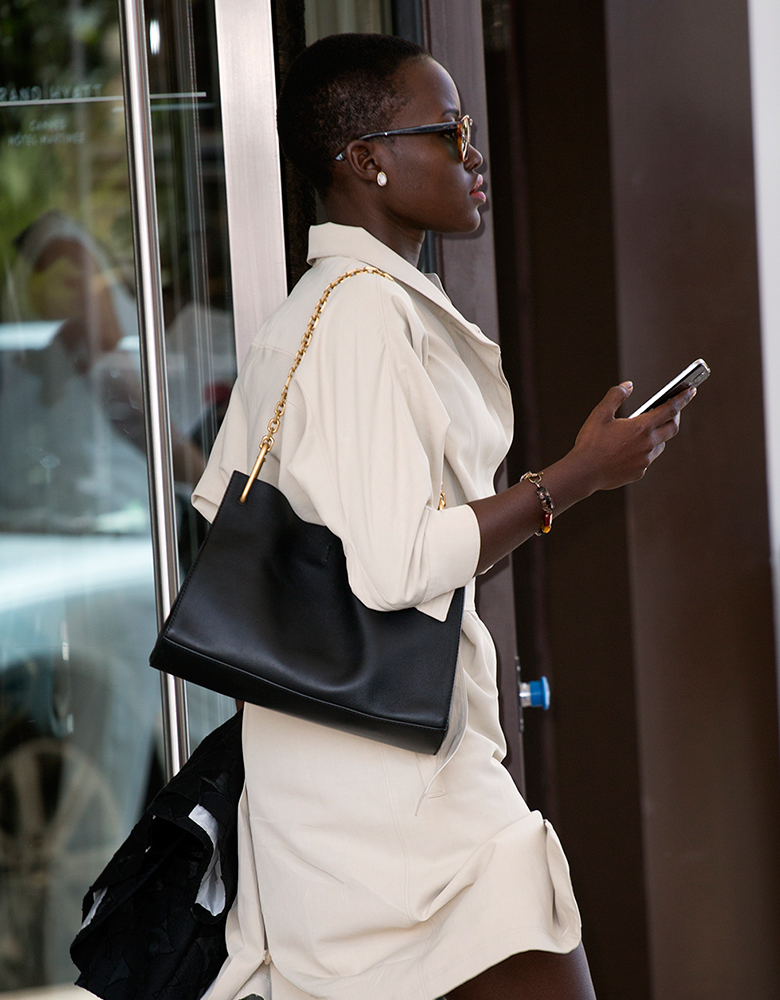 Buyu bags are handmade in Kenya (which is also where Lupita was raised) by local artisans, using traditional patterns and materials and with an emphasis on sustainability. The brand also makes leather-trimmed duffel bags. 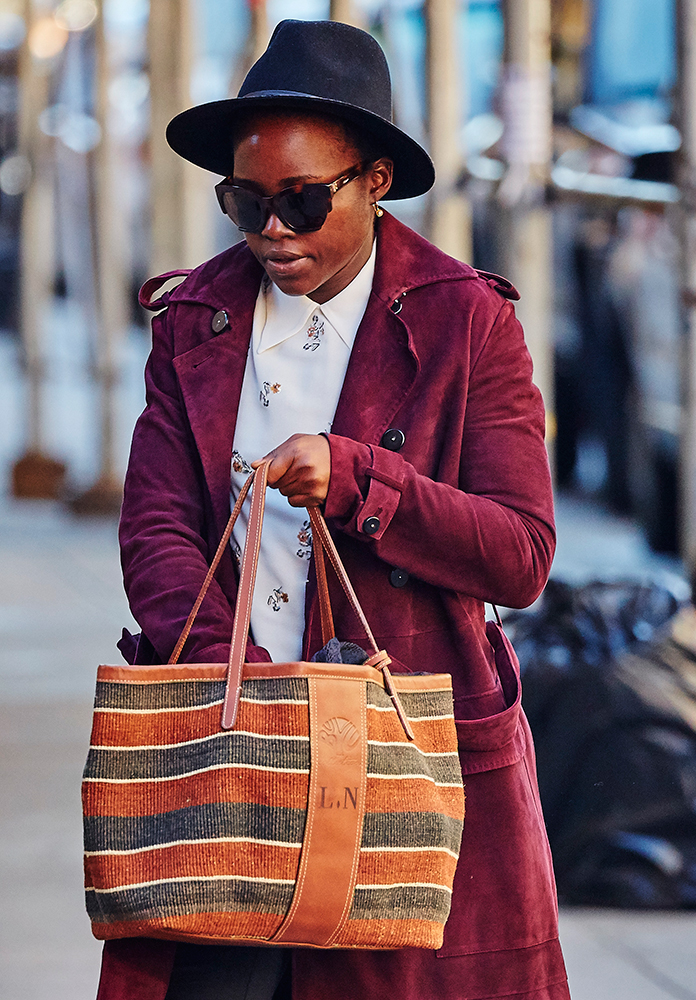 Along with her Buyu tote, Lupita also uses this one frequently when she travels. 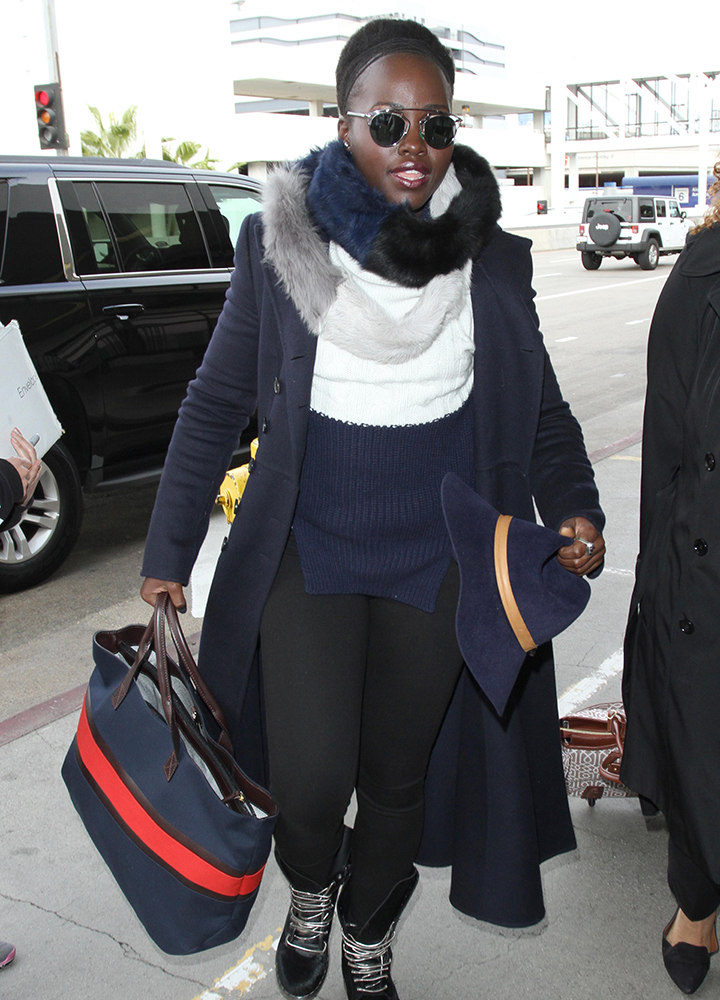 Dior has its most famous guests photographed in a lovely, grassy, sun-dappled garden near its Paris show venue, and the results are always my favorite style photos of the whole show season. Lupita looks totally radiant. 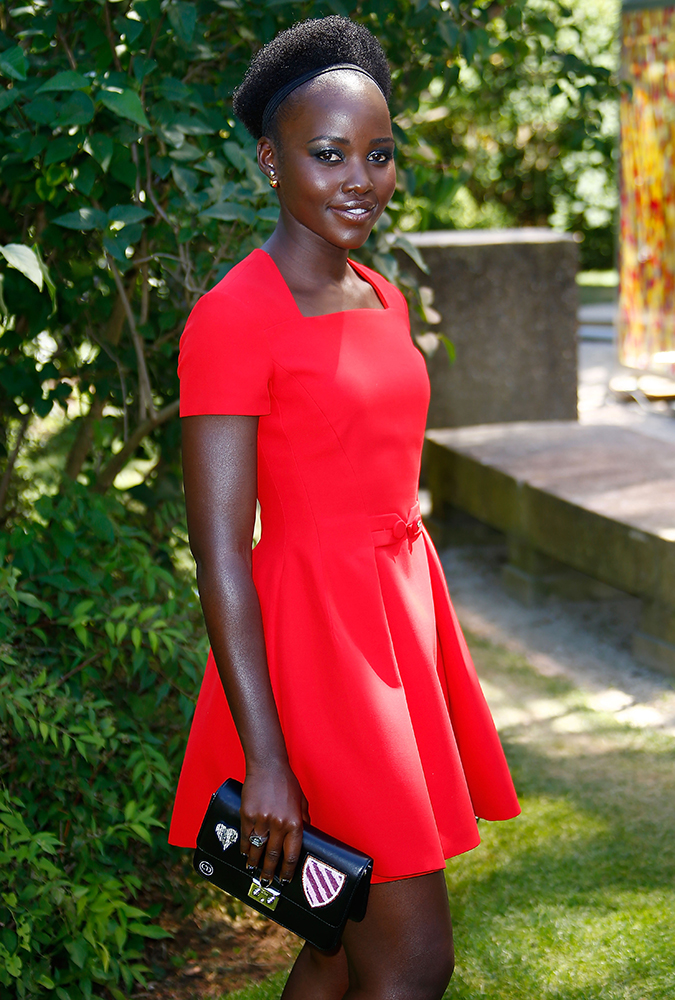 Lupita carries a ton of different designers, small and large, and that means we have a bit tougher of a time IDing her bags than we usually do. If you recognize this one, get at us. 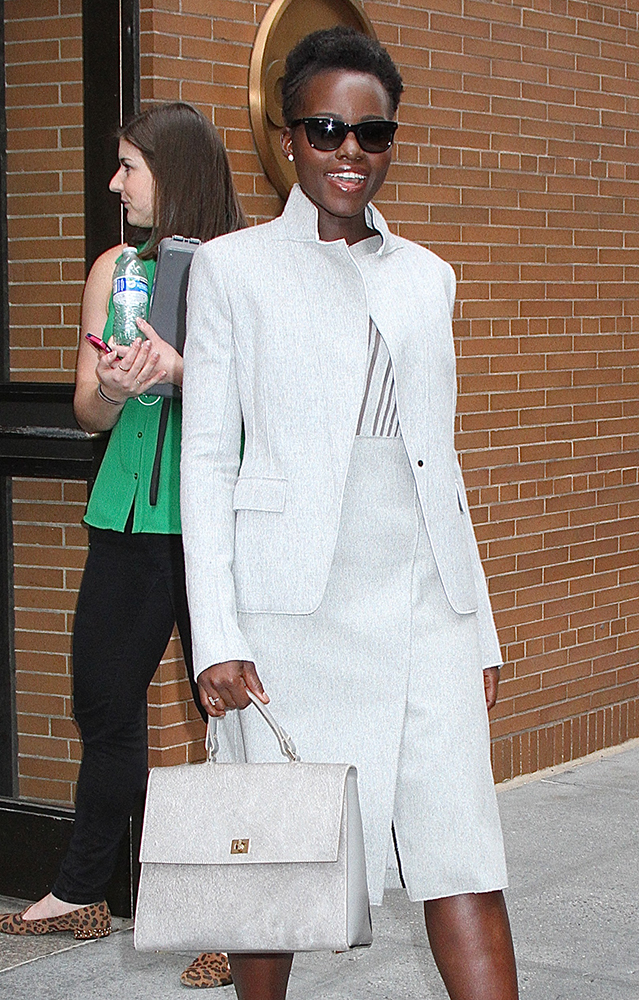 This one's also stumping us. A commenter on a previous post suggested it was Coach, but we couldn't find a similar Coach bag. 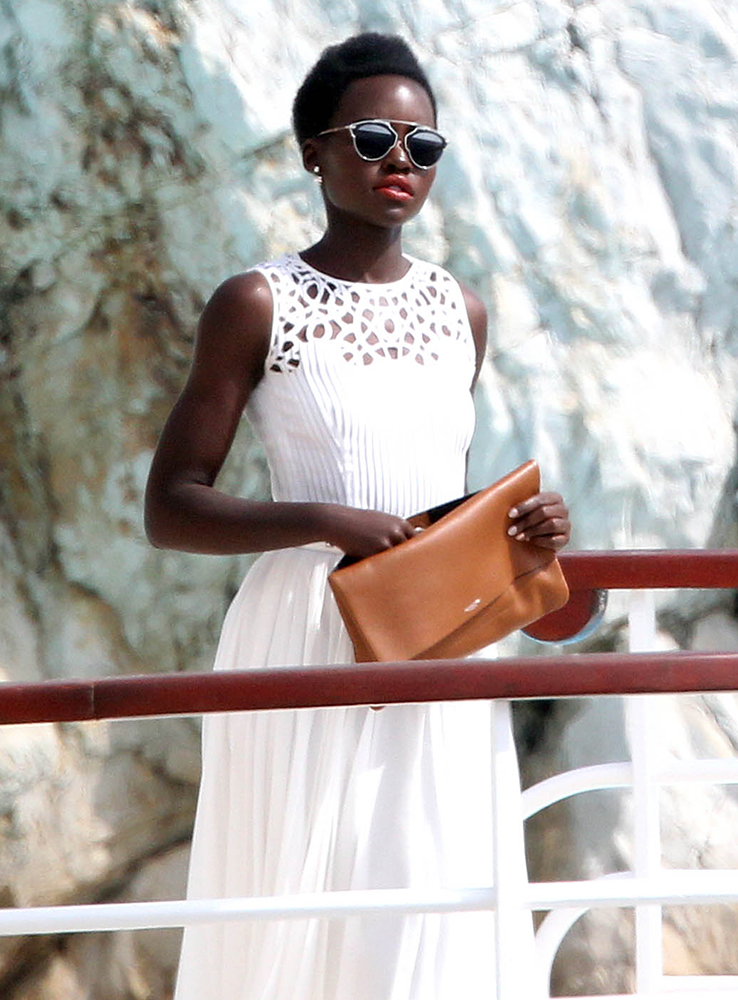 We don't see that many Armani bags, which is too bad--the brand's leather goods are totally underrated. 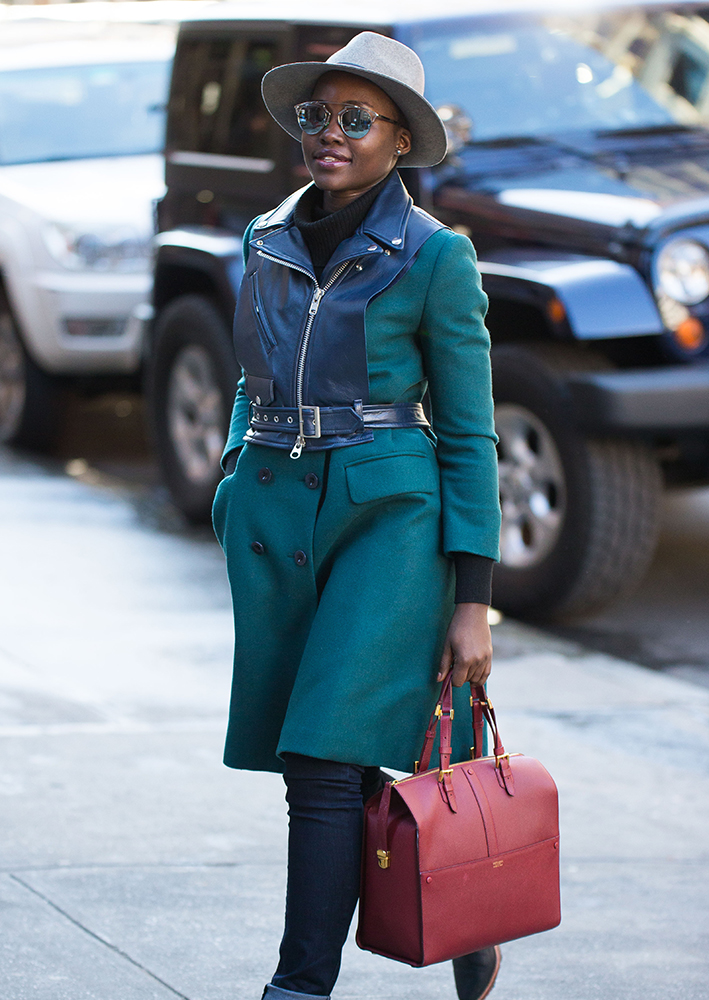 I have tried on Lupita's Dior sunglasses. I look deeply silly in them. She, on the other hand, makes them look like they were made for her face. 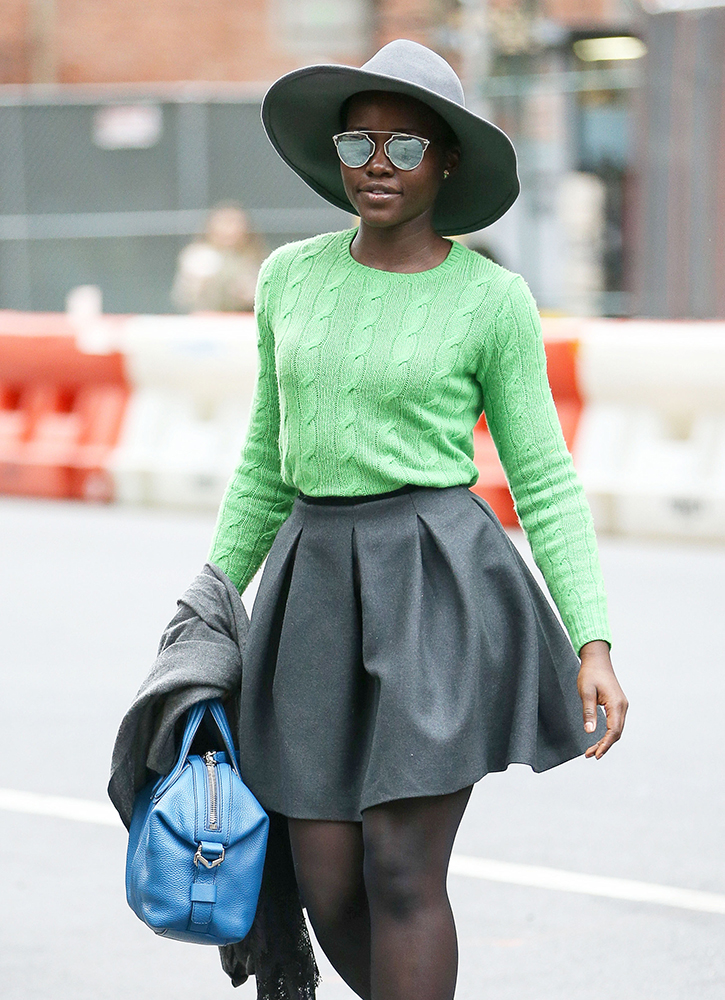 Let this be a lesson to all of us: don't be afraid to carry "summer" colors in cold weather. 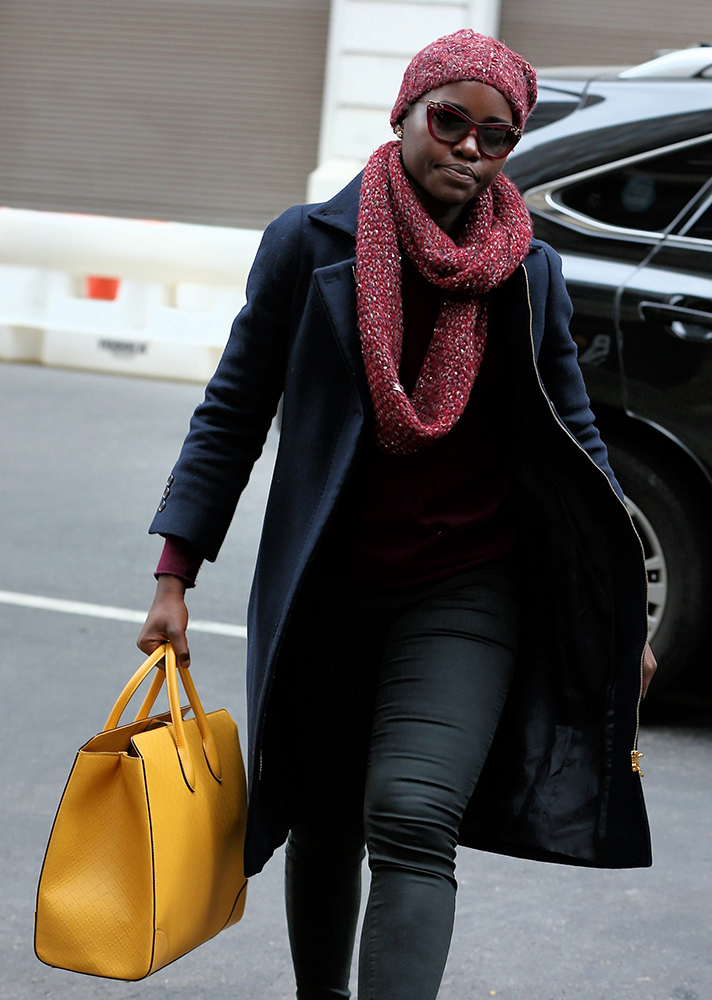 This is another tote we can't place--help us out! 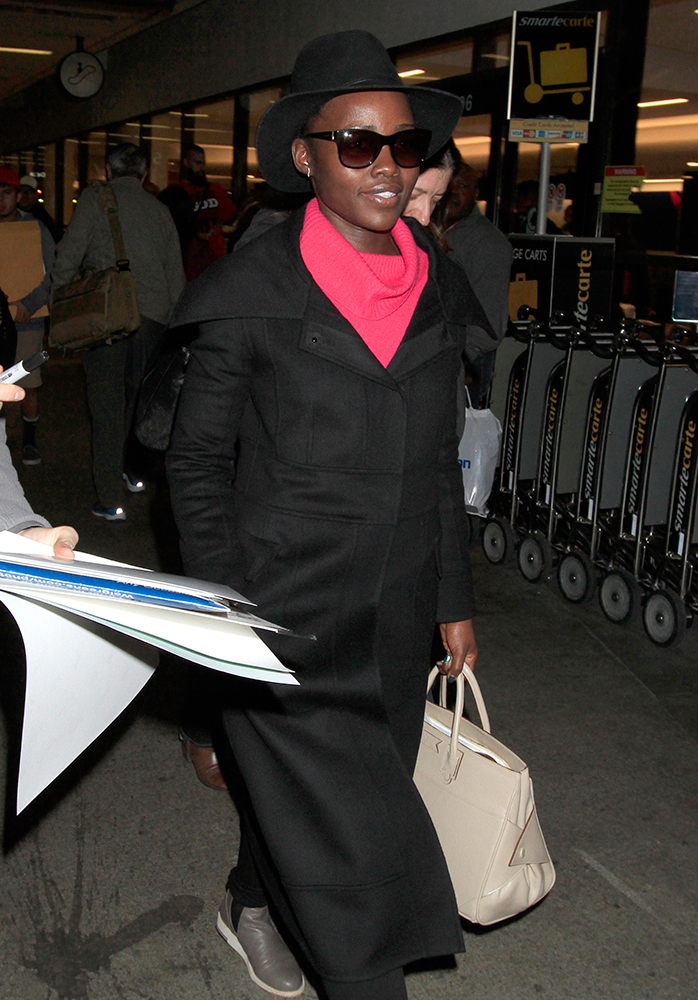 Lupita's collection varies widely; this is the only bag spotted that she owns in two different versions. 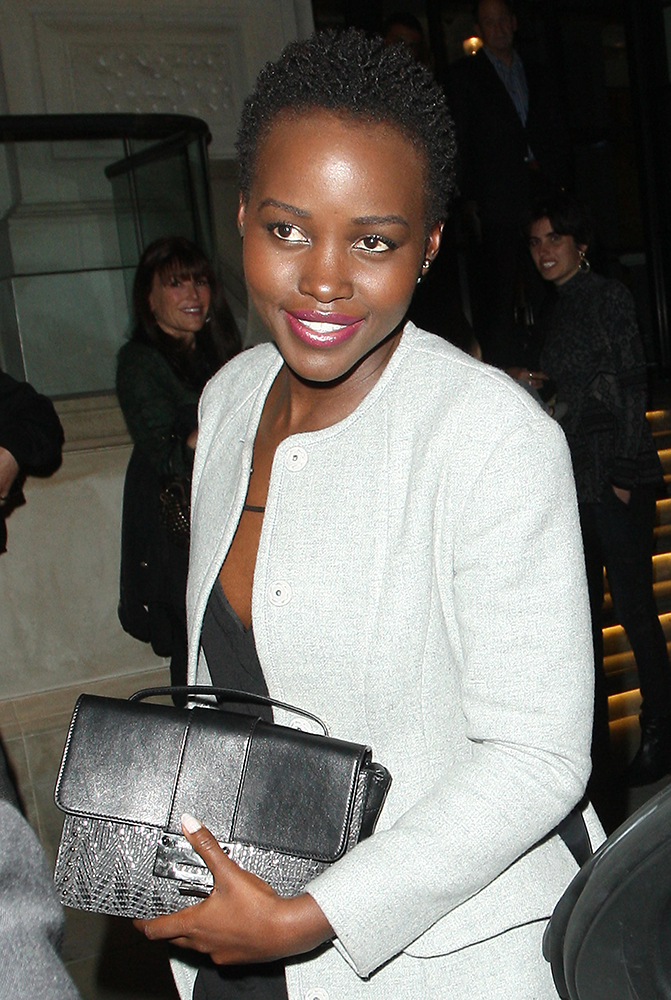 This one is slightly smaller. 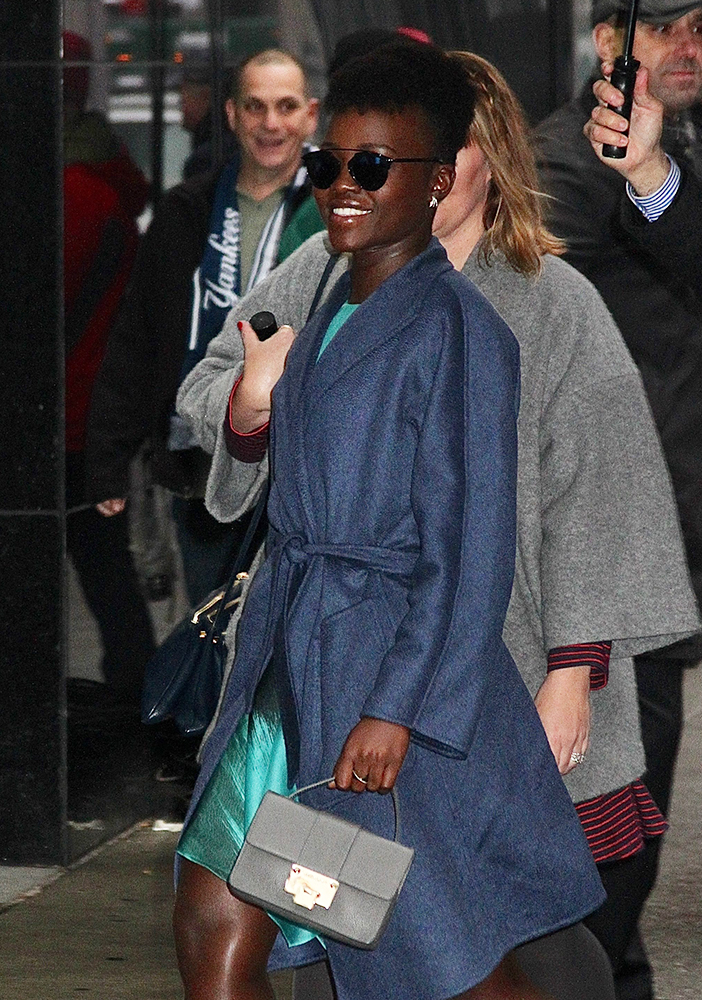 When this bag came out, Louis Vuitton distributed it to a ton of celebs; Lupita appears to have been on that list. 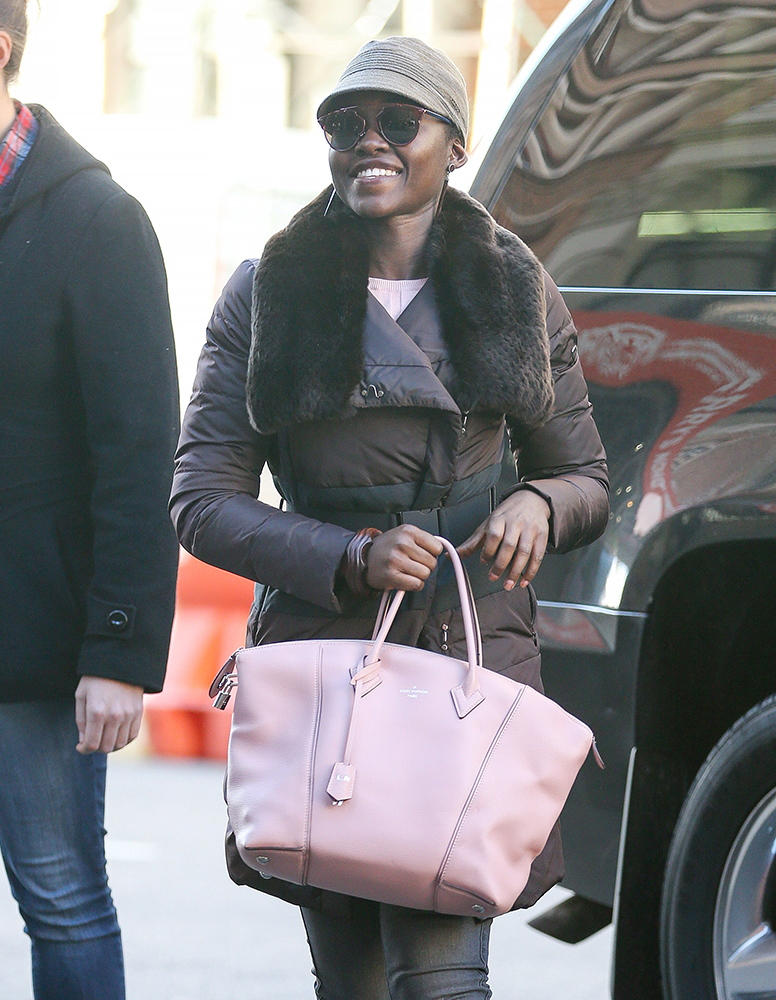 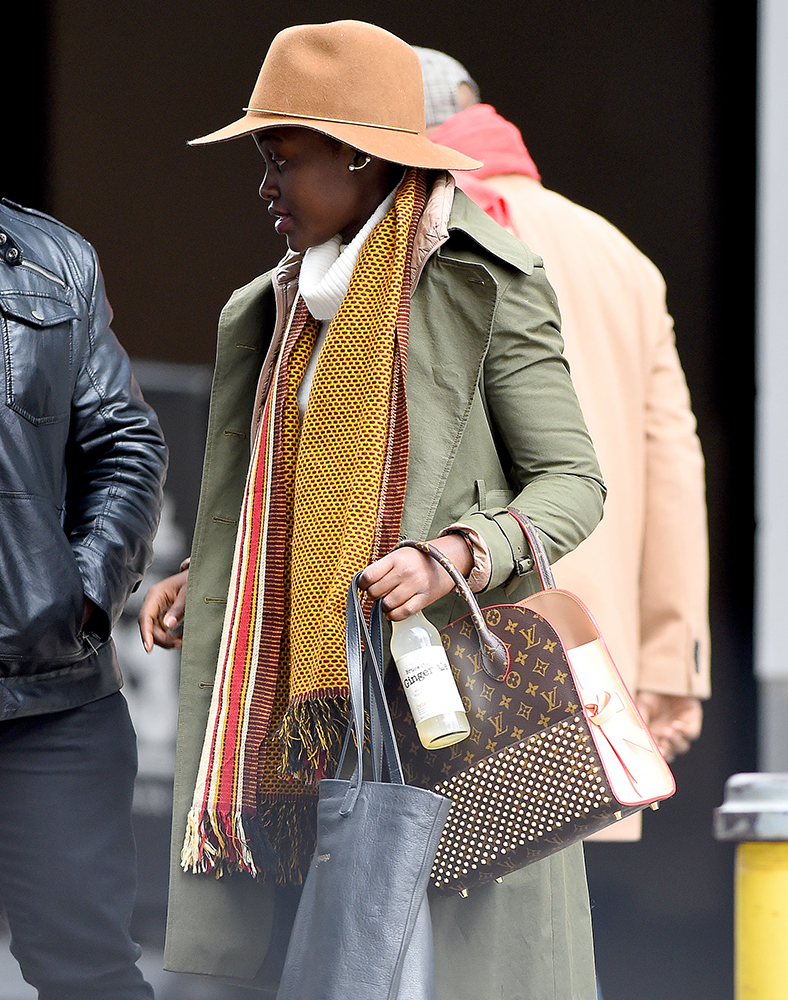 M2Malletier is a really great aesthetic match for Lupita; she tends to go for clean, modern designs with interesting details or colors, and that's exactly what the brand provides. 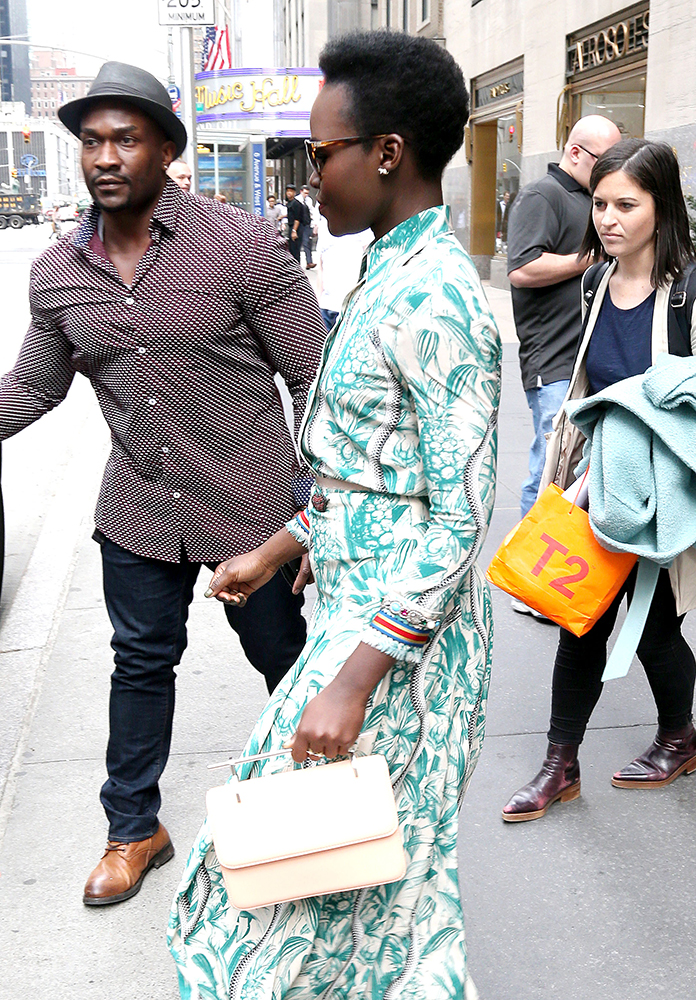 Lupita was attending a Yeezy fashion show in this photo, but we know this bag isn't an original Kanye design. Anyone know where it's from? 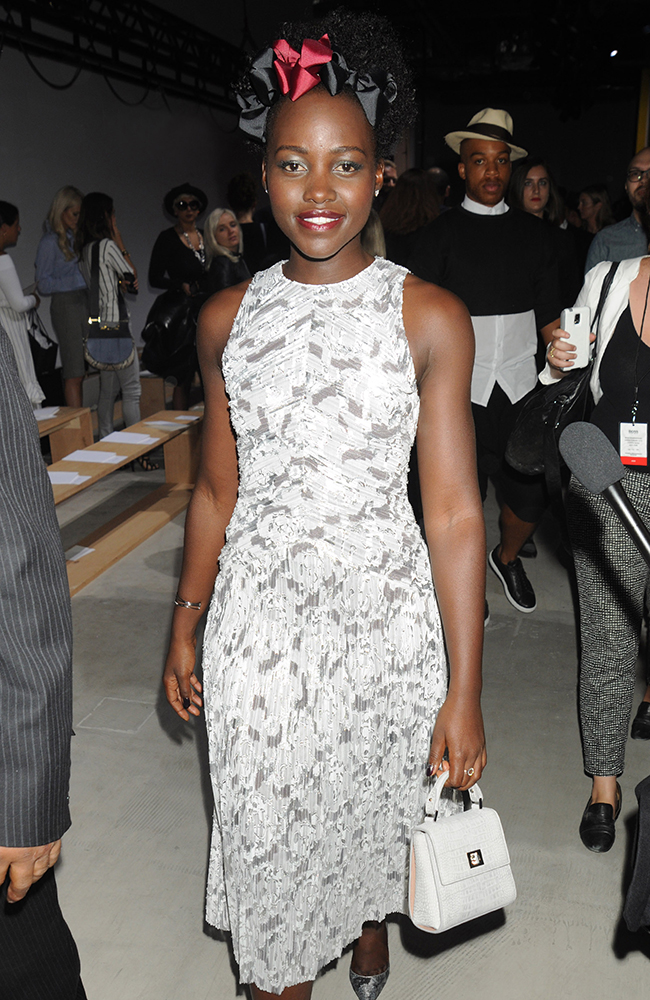 Lupita has a close relationship with Miu Miu and its parent company, Prada, so it's not unusual to find her carrying the two brands' bags. 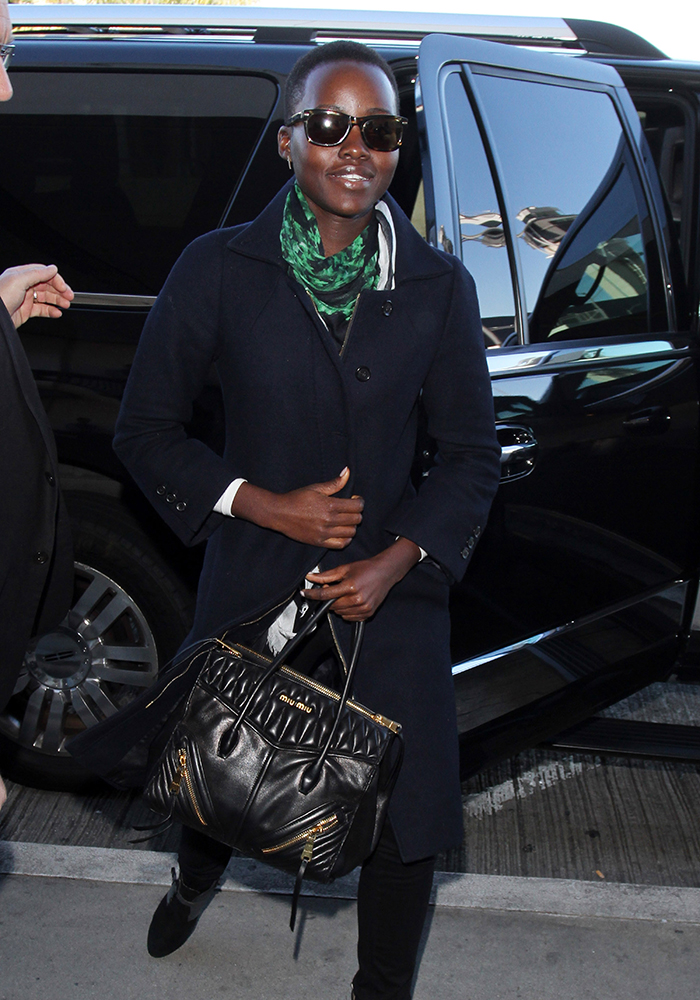 In this photo, I believe Lupita was exiting one of Miu Miu's Paris Fashion Week shows. 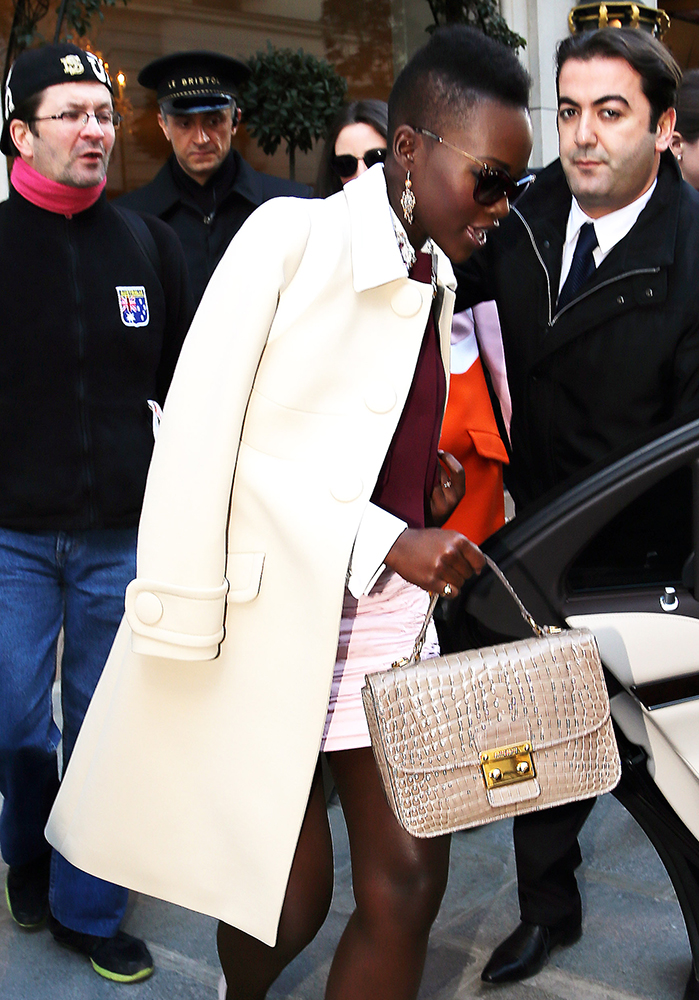 In this photo, I believe Lupita was traveling home from that same PFW. 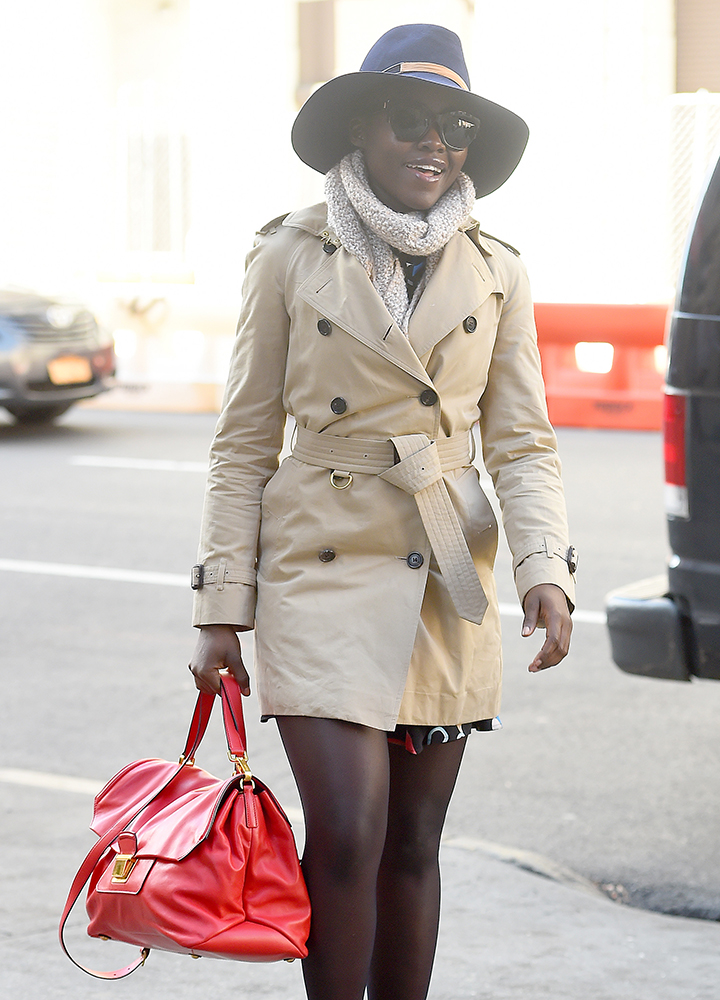 Prada Inside Bag
$3,050 via Bergdorf Goodman

We haven't mentioned Lupita's coats, which is a shame. Lupita chooses great coats. 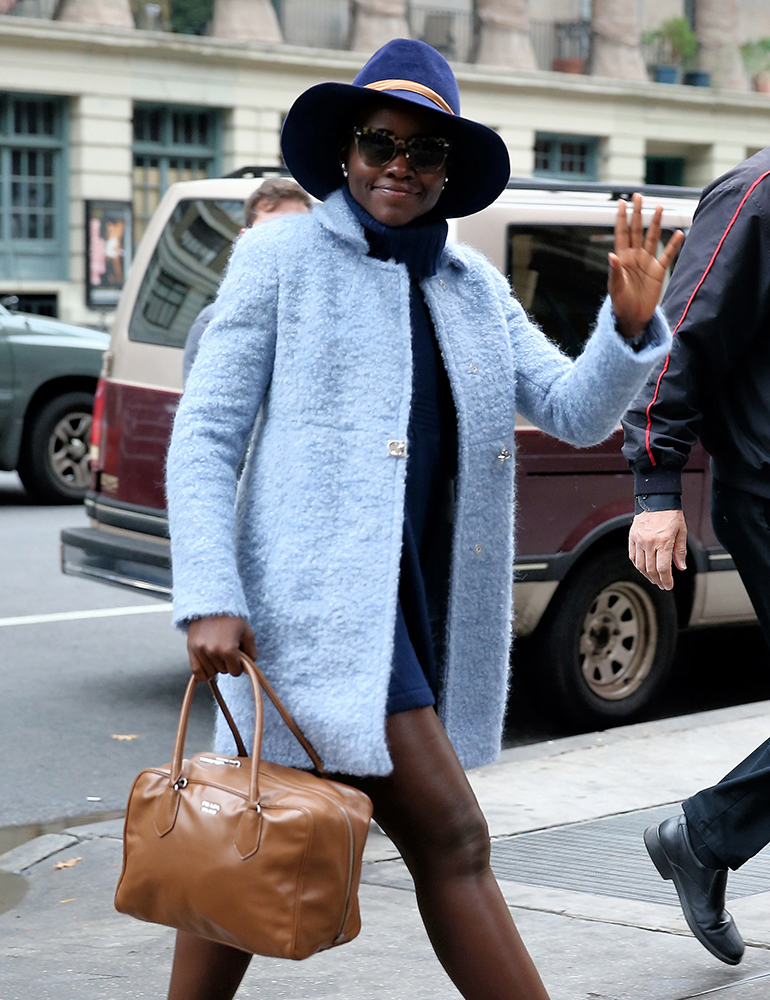 Lupita generally looks flawless; this Met Gala ensemble was one of her most controversial outfits ever. 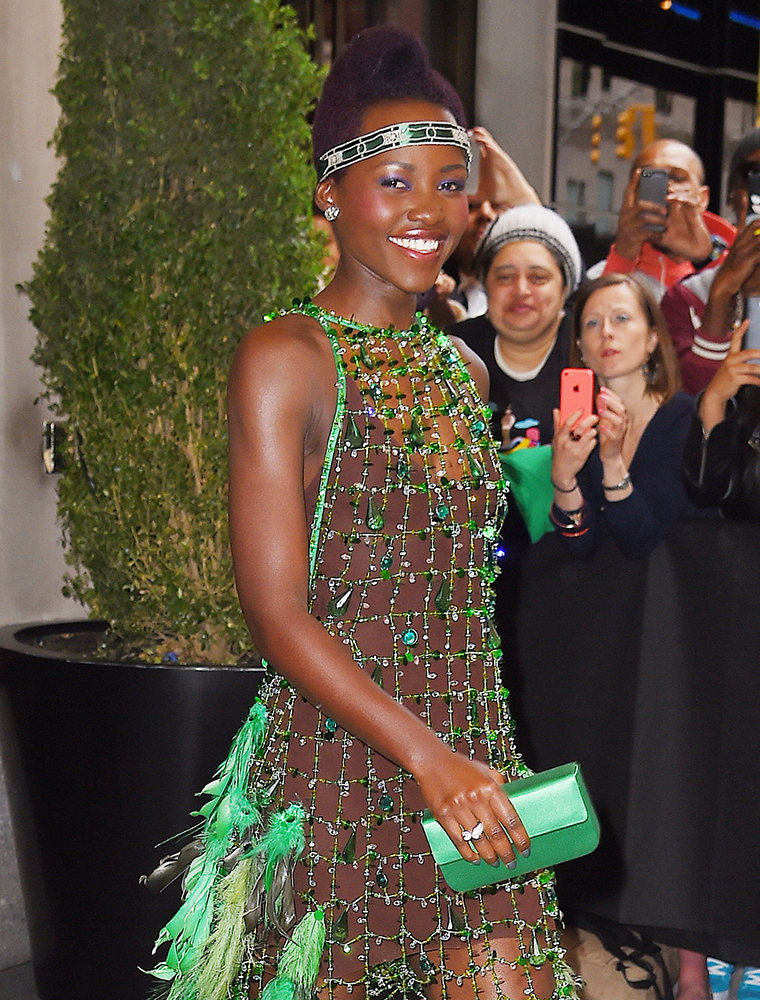 The Ricky is as close as Lupita gets to the celebrity staples we usually find on stars' arms. 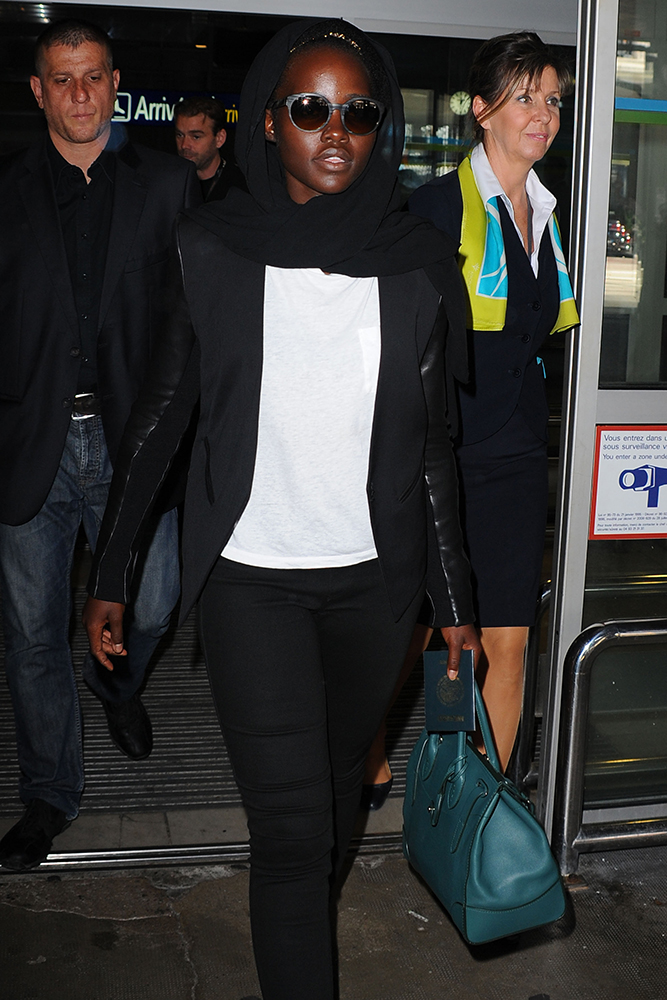 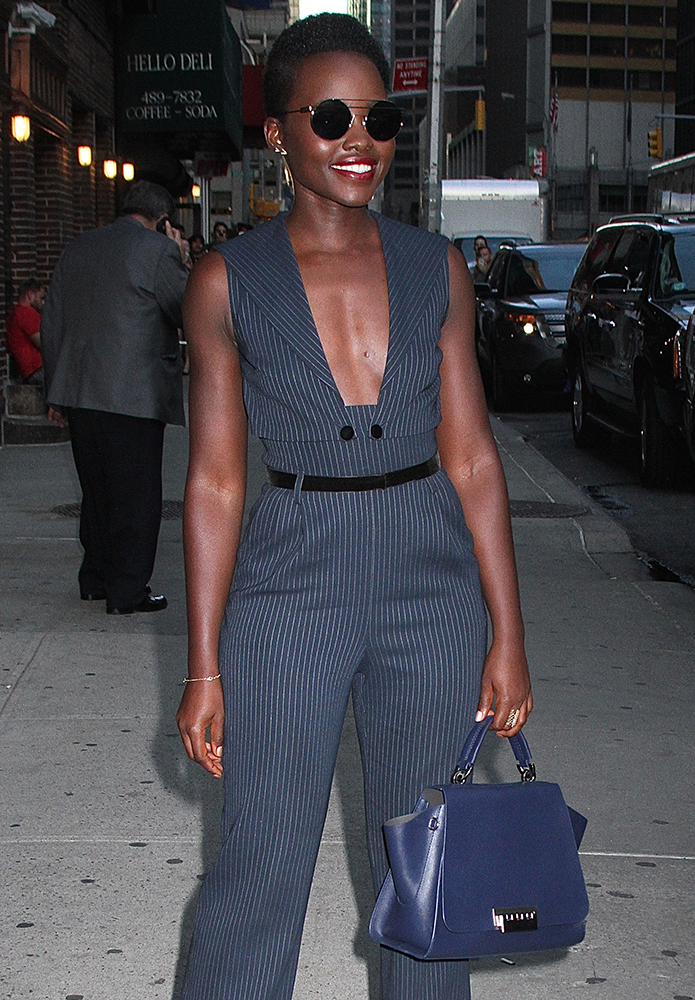 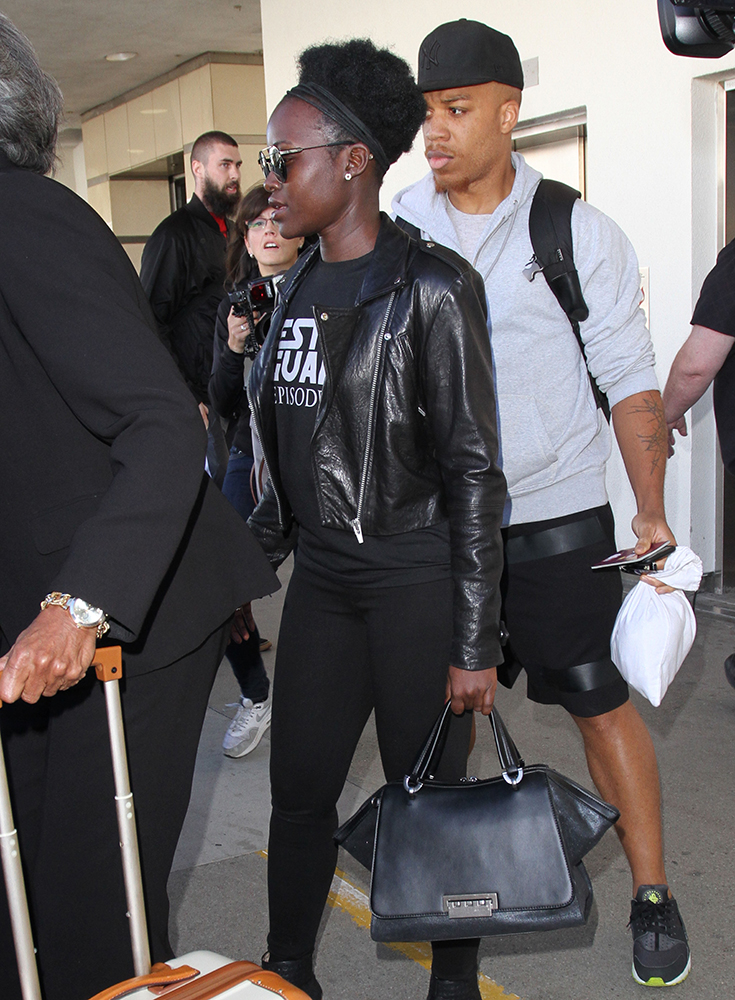