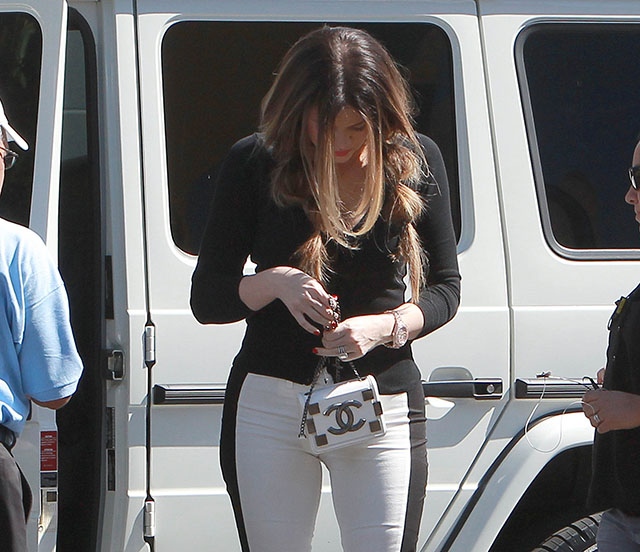 Here's Khloe Kardashian, clad in all black and white, arriving to film a scene for Keeping Up With The Kardashians at a restaurant in Studio City, CA. (Yes, it's STILL on, and they're STILL filming more episodes.) She's carrying a Chanel Lego Mini Flap Bag, which is a leather shoulder bag version of the $10K Chanel Lego Clutch that was so popular from Spring 2013. This bag is from Chanel's Fall 2013 collection, which has just arrived in stores.

It's hard to talk about the Kardashians these days with even half of the usual frivolity we usually employ when discussing all things Kardashian, mostly because of all the legit drama involving Khloe's hubs, Lamar Odom. Frankly, I don't know how Khloe manages to put herself together in the morning and get all this on camera every day. I would be hiding out at home in my bathrobe with the shades drawn at this point. 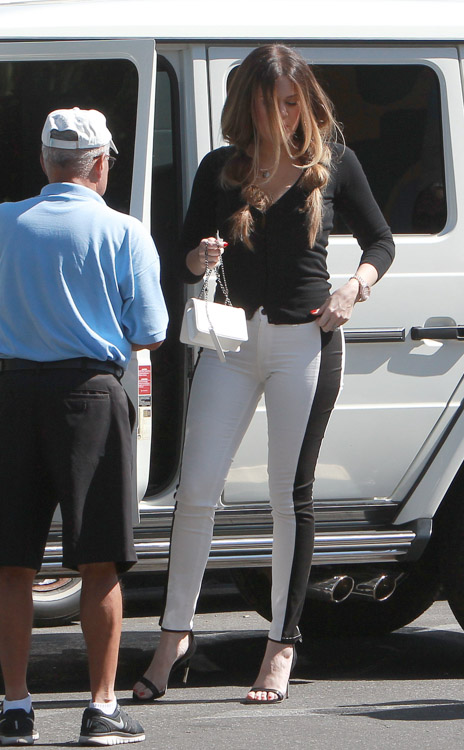 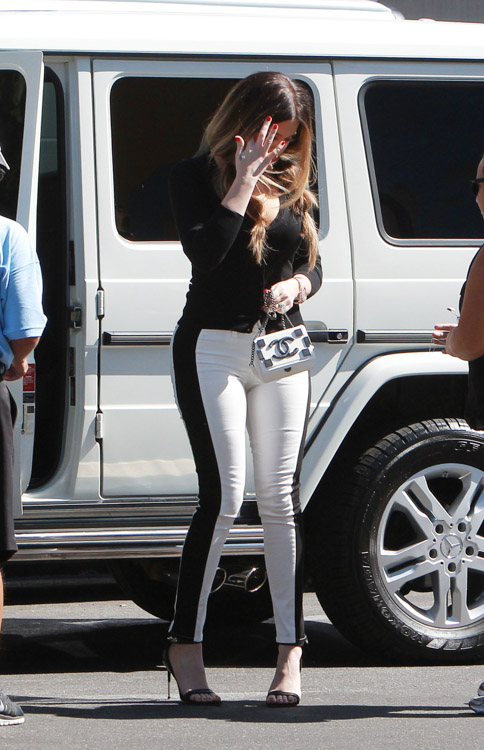 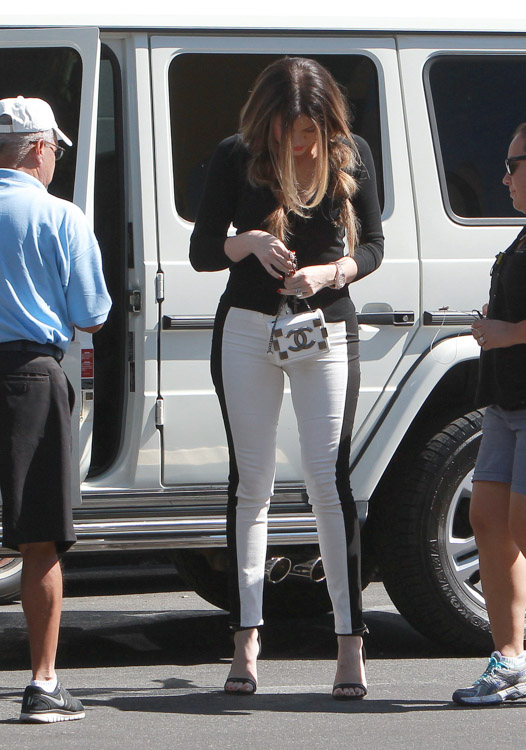 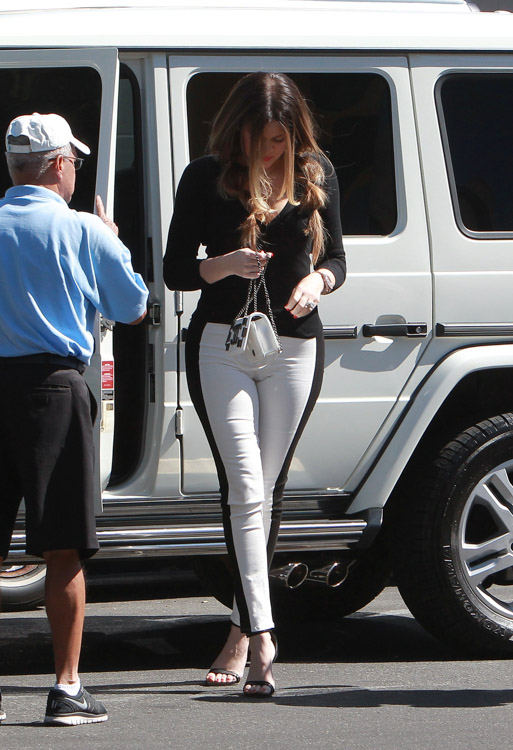