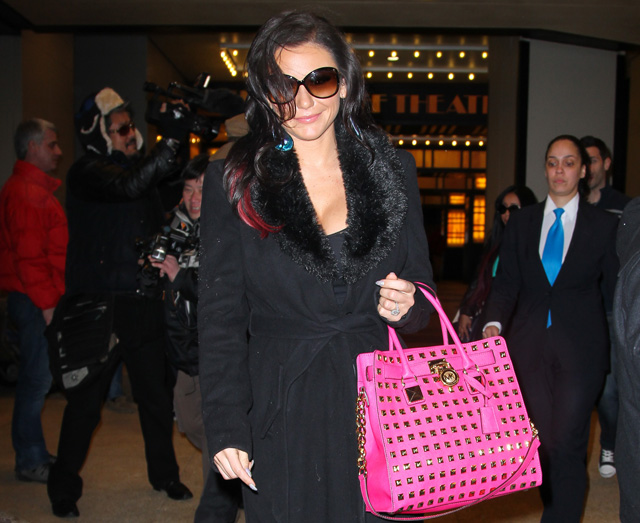 JWoww (of Jersey Shore and Snooki & JWoww fame) was recently photographed leaving VH1 Studios in NYC with a bubblegum pink, saffiano leather MICHAEL Michael Kors Hamilton Studded Tote. While far more subdued versions of this bag exist, this colorway seems particularly JWoww-appropriate, does it not? If you have a similar weakness for gold hardware, studs and bright, bold hues, you can snatch up this bag in citrus yellow for $448 at Neiman Marcus.

JWoww and Snooki have been hitting the late night talk show circuit pretty hard in the last month, and it does seem that both reality starlets are trying to gradually class up their looks and escape their notoriously tacky fashion past (while still remaining as busty as possible). I really like this MICHAEL Michael Kors bag, especially in a more neutral tone, but when JWoww and I share the same taste in bags, I start to question everything I know. What sayest thou, PB readers – is the Hamilton too flashy, or is it just the JWoww effect? 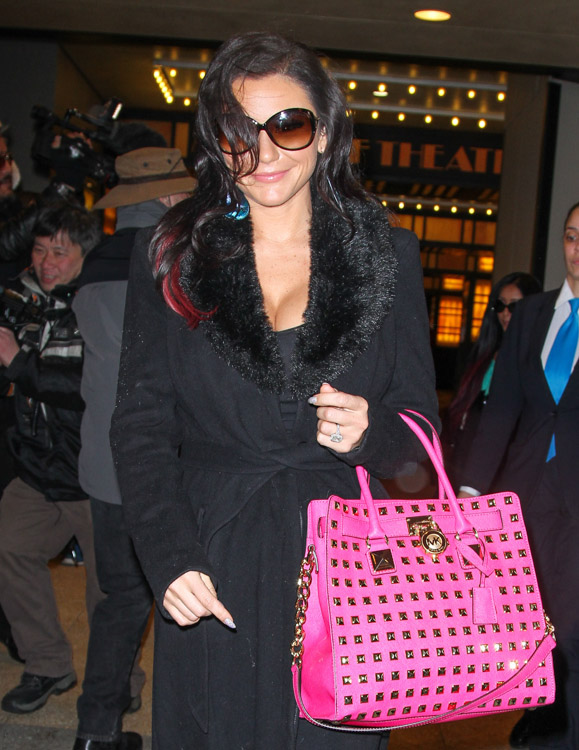 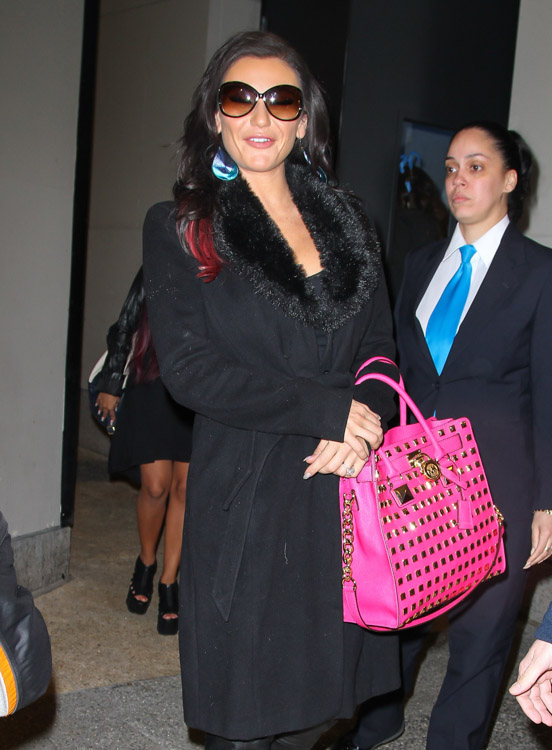 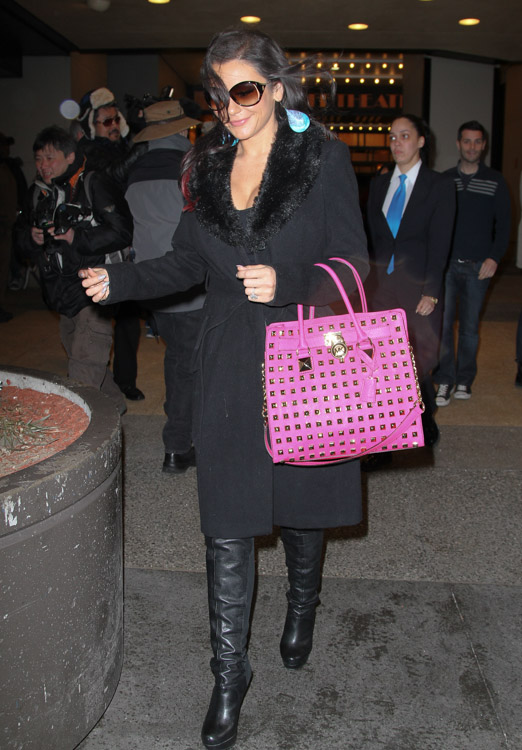 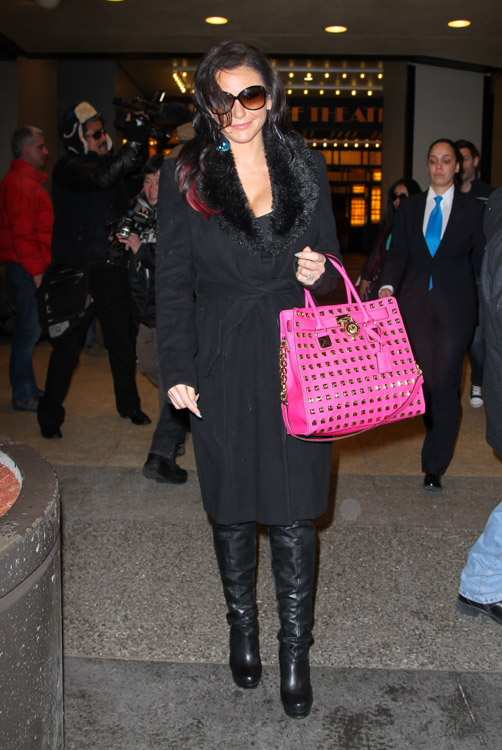 Not going to lie I thought the same thing. I’ve been eying the navy one for a while but haven’t taken the plunge yet, after seeing her wear it I’m kind of glad I didn’t lol. I like the bag in other colors like navy & white the studs are a nice offset from the colors. I think in pink or yellow it’s too overwhelming between the bright color and studs. Like the color & the studs are fighting each other to catch your eye.

I was just ogling this bag in the Michael Kors store yesterday. They are amazing in person, but I didn’t like it in the bright colors. And, for me, that’s saying alot because I own a hot pink MK bag. However it’s trimmed in blackand done in matte silver studs. It’s definitely too much shine.
The vanilla and black are a lot less bling-y and cheap looking. By the way, this bag is a bit heavy.

This bag is HOT and for those of you subdued ladies, a purse like this is only meant for women with FLAIR. Work it JWoww, I’m loving your vibrancy!