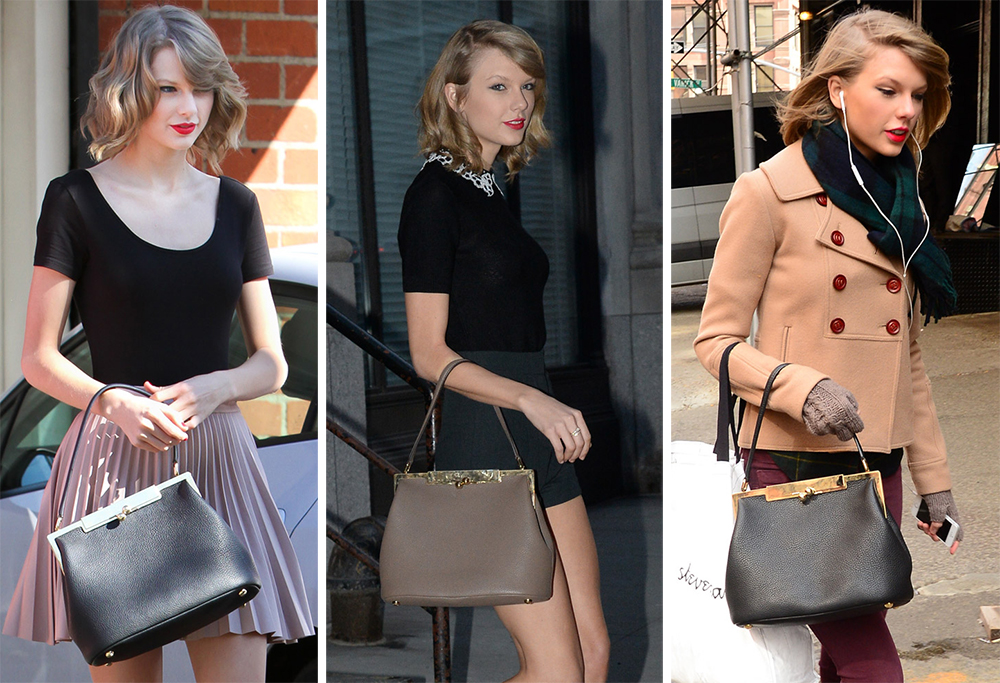 Generally, stars vary their day-to-day handbag choices quite a lot. Not only does the average celebrity have plenty of money to buy whichever bag she might desire, but most are also regularly sent the Next Big Thing by brands with which they have existing relationships. Not only does it help the brands subtly promote their products, but it gives stars new things to be photographed with every time they leave their houses. Sometimes, though, a star loves a bag so much that it becomes a constant companion, and that appears to be the case with Taylor Swift and her Dolce & Gabbana Sara Bag.

Taylor’s clothing choices are always very measured and precise, probably out of consideration for her traditionally young fanbase and her carefully crafted image as on of pop music’s girls next door. As Taylor has gotten older, though, she’s embraced pieces that are more expensive and luxurious, and this bag is a great example of how her stylists are attempting to bridge the gap between the new and old Taylor. The Sara is from an enormously well-known luxury brand, but it’s not flashy or particularly obvious. Taylor’s preferred versions of the bag are neutral and mid-sized, which makes the look seem accessible to her admirers, despite the fact that it retails for two grand. Those leather versions are currently a bit scarce, but you can pick up the bag in black lace for $1,896 via MATCHESFASHION.COM or gold brocade for $1,945 via Net-a-Porter.

For all the ways that Taylor has worn her Sara bags, check out the gallery below.

As best we can tell, Taylor’s love affair with her black Sara bag started with this outfit, way back in January. 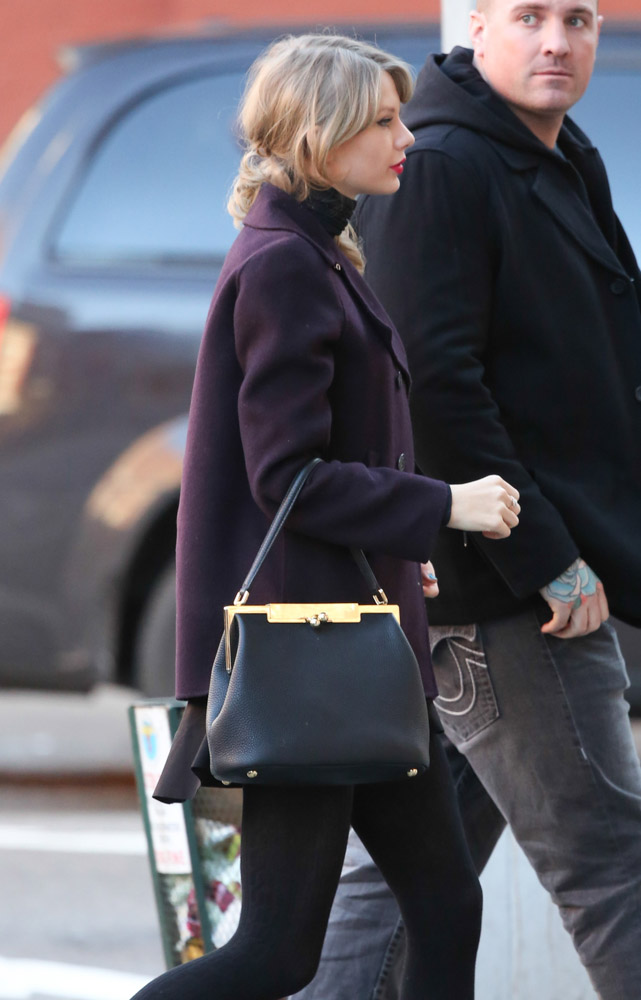 The Sara bag goes everywhere, including to the gym. 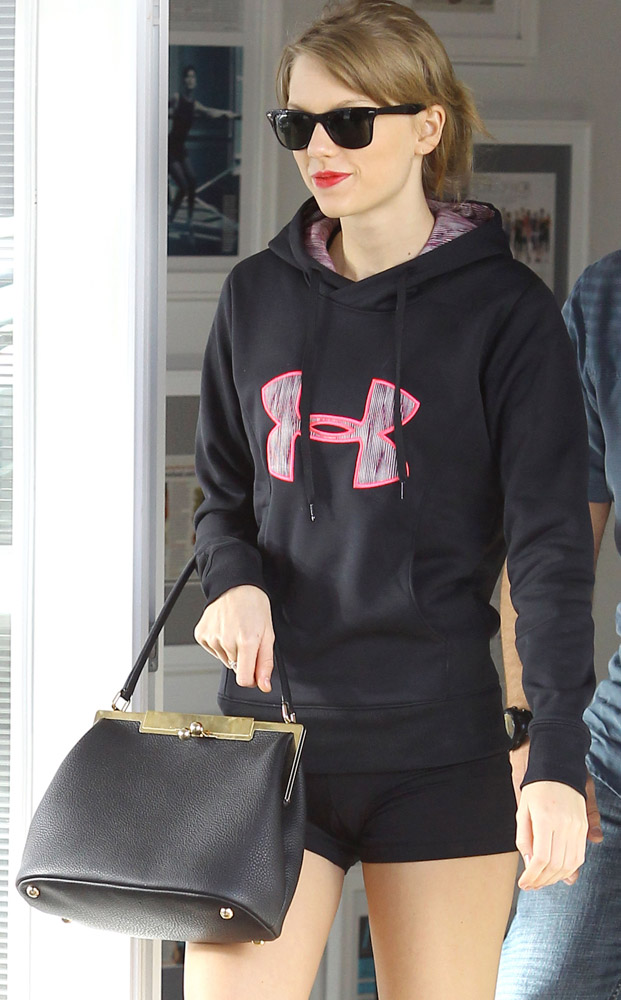 It also spends a lot of time around Taylor’s adorable outerwear collection. 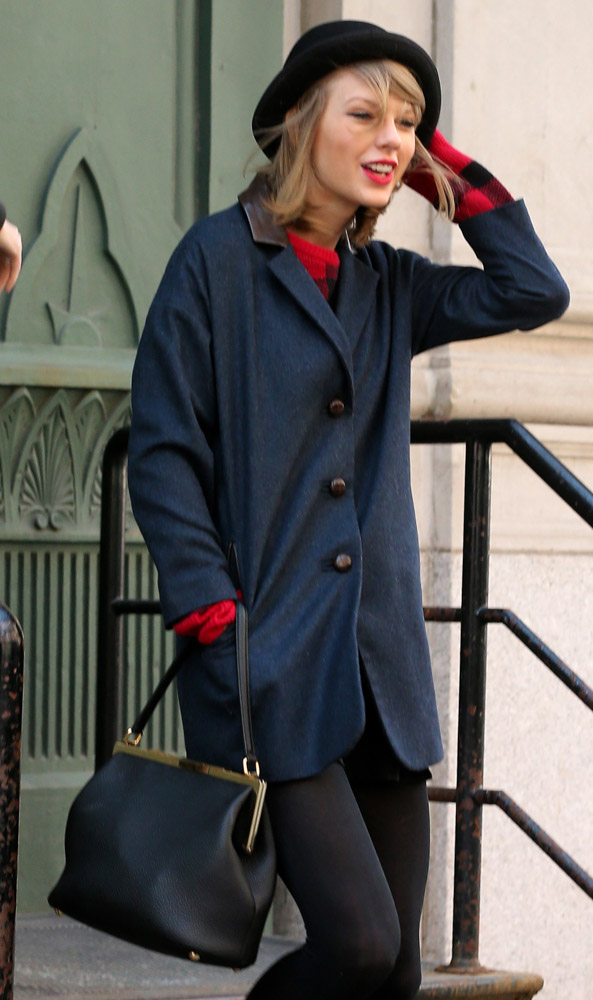 And sometimes the Sara bag gets paired with cat sweatshirts, because that’s just how versatile it is. 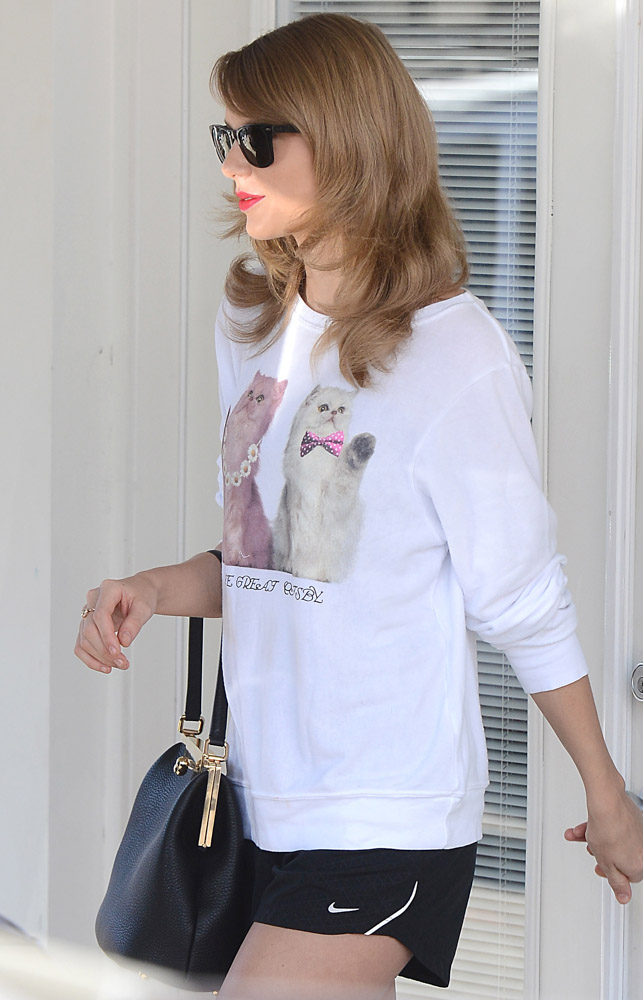 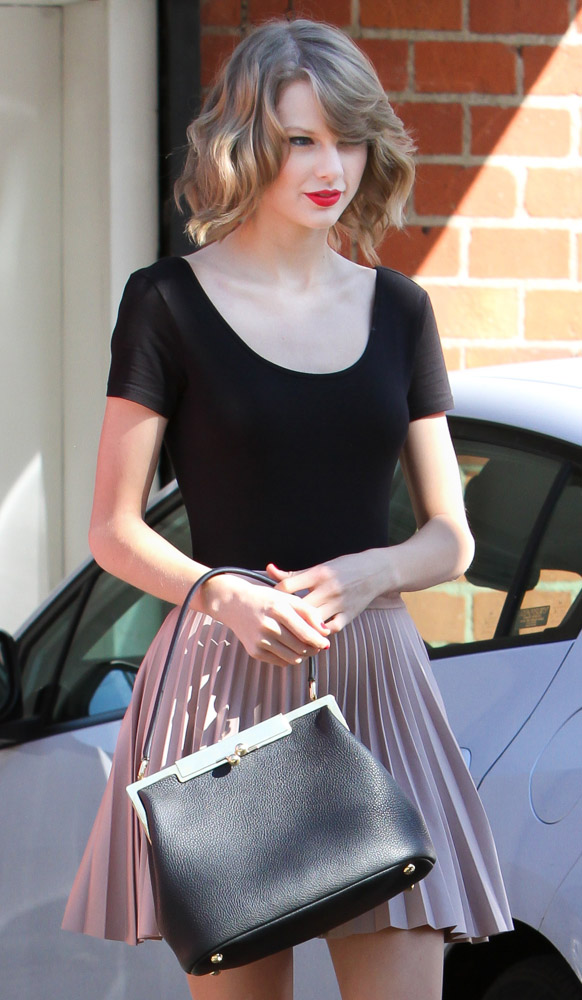 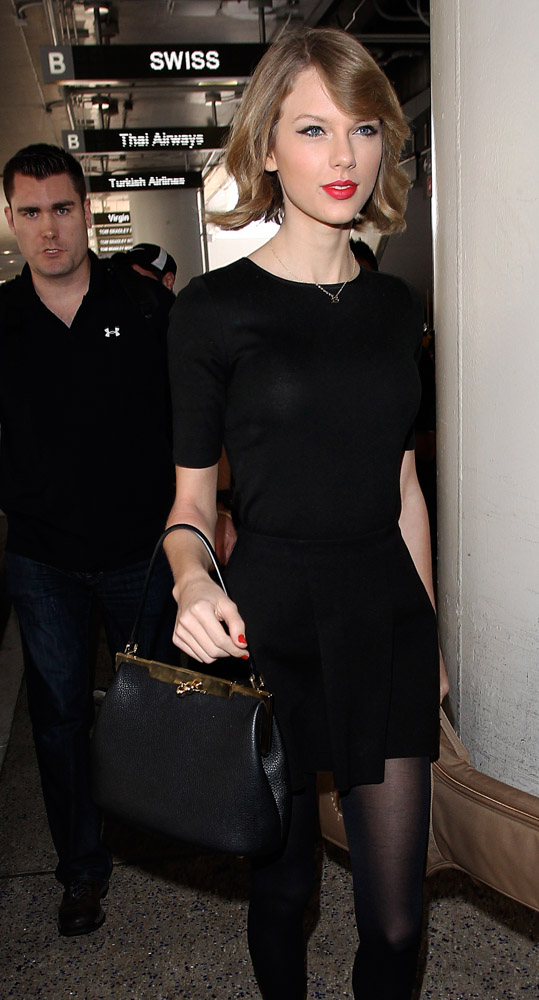 Taylor, Sara bag in hand, might be stealthily starting a side career as a ballerina. 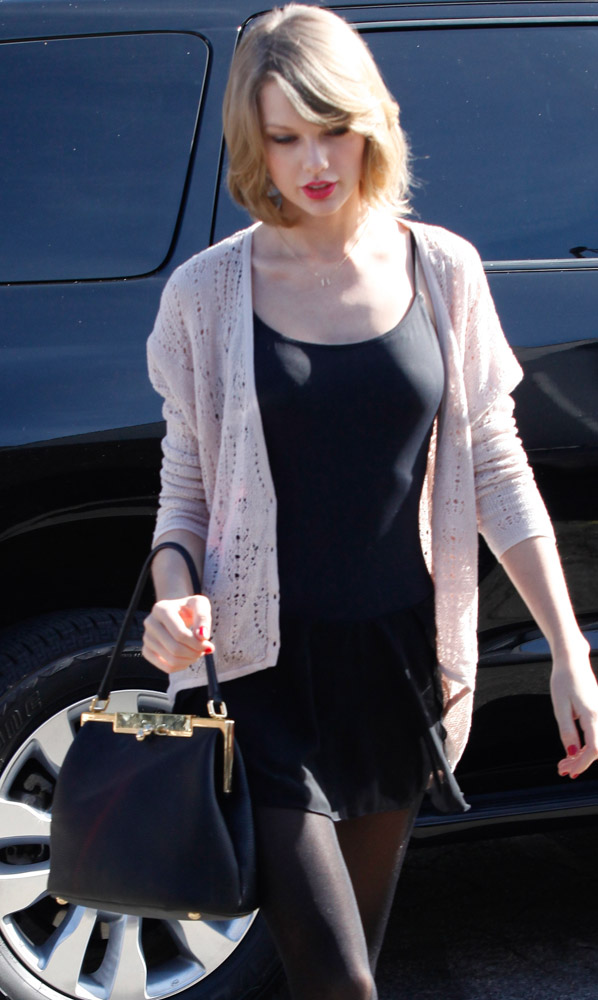 The Sara bag coordinates well with a Whole Foods basket. 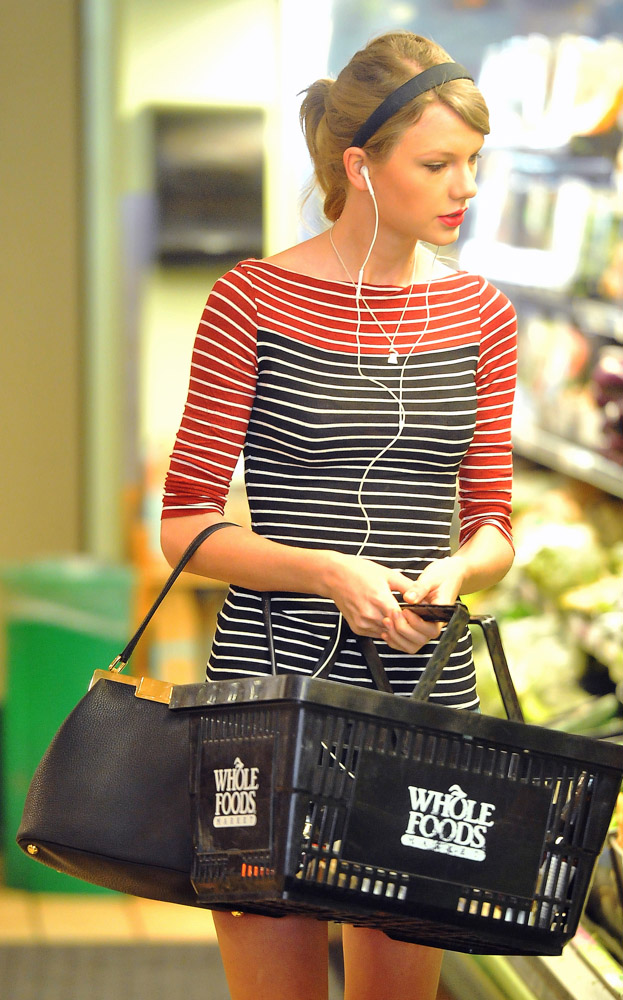 It’s also a handy companion when doing indeterminate famous-person things, like walking to and from chauffeured cars. 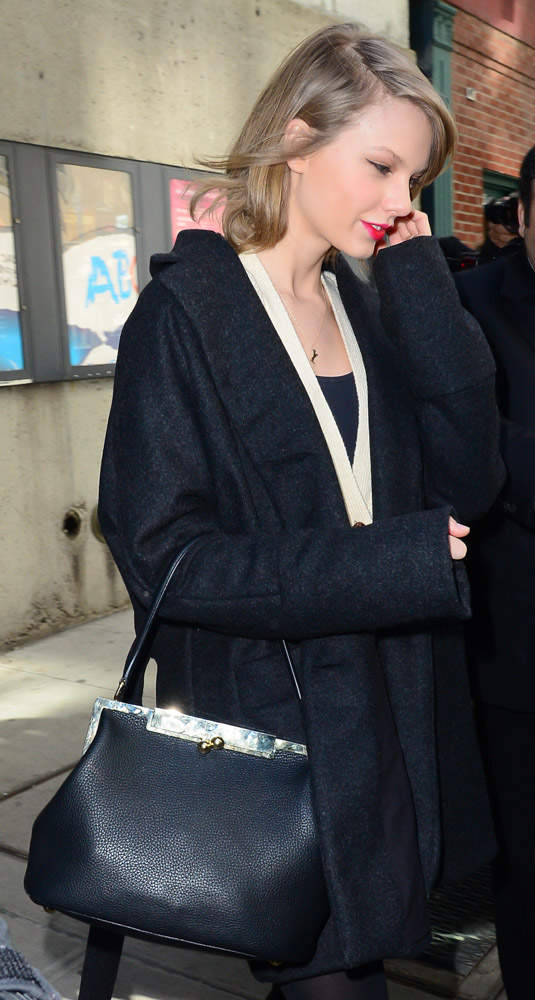 Remember what we told you earlier about Taylor’s adorable outerwear? 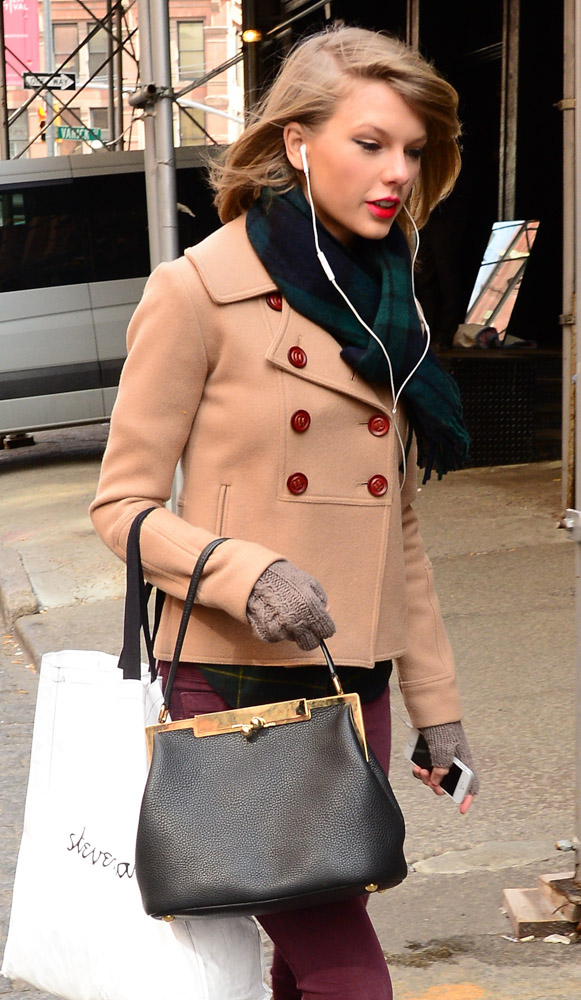 Put a bird on it. Or adjacent to it. We’re open-minded. 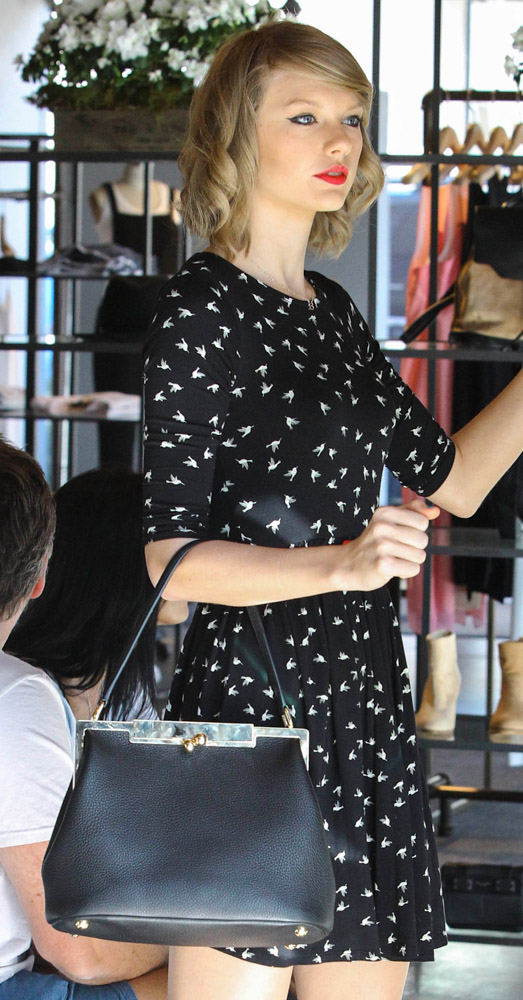 The Sara bag is Italian, but don’t tell that to Taylor’s sweater. 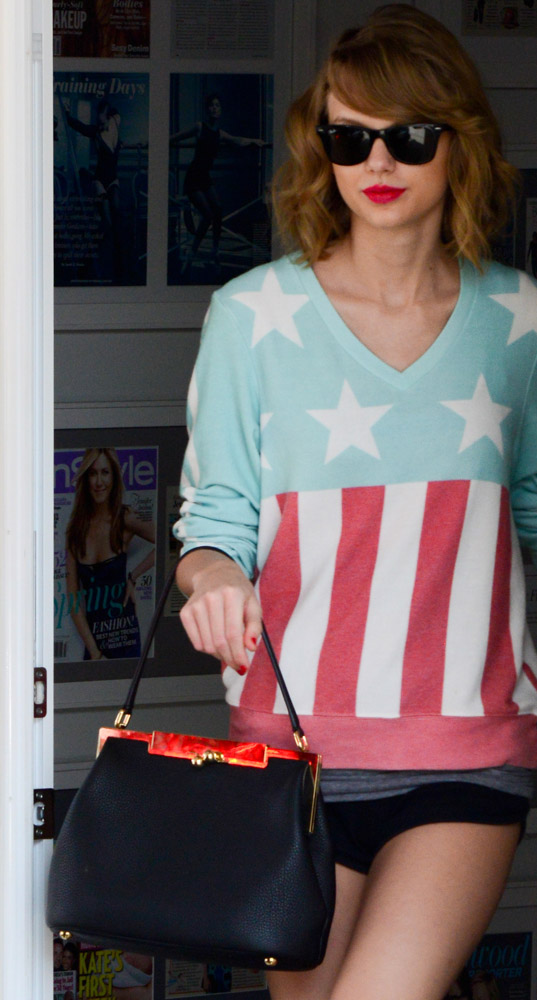 YOU GUYS, TAYLOR’S SARA BAG HAS SOME COMPETITION. (From a Sara bag in a different color.) 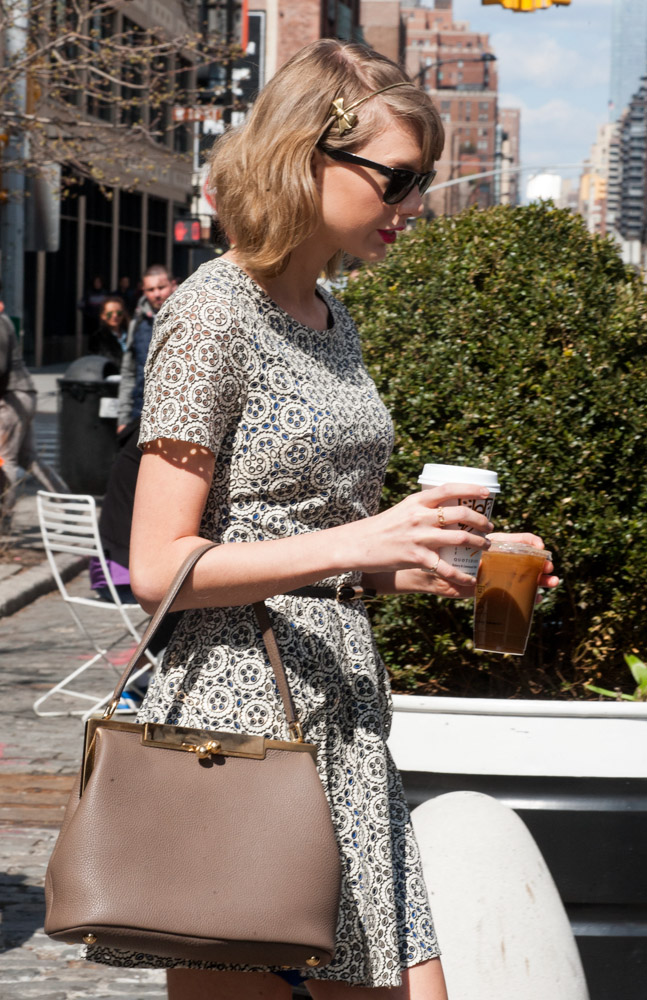 The lighter Sara seems to be Taylor’s current favorite. It is spring, after all. 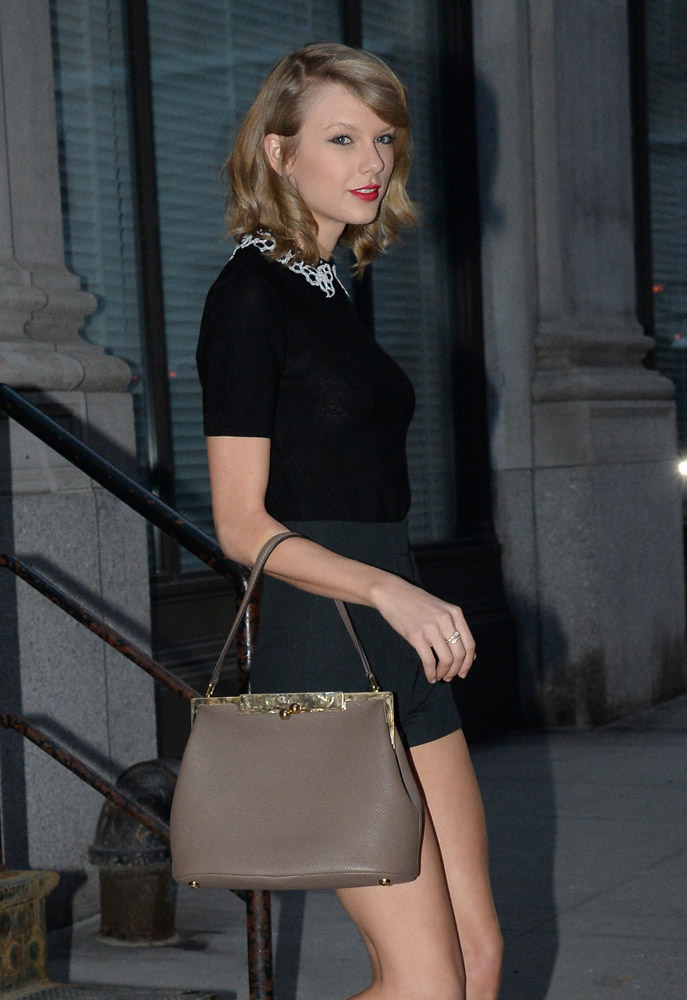 If Taylor ever gets sick of the Sara, it might be in favor of this Dolce & Gabbana Agata Bag, which we spotted her with recently. Watch your back, Sara. 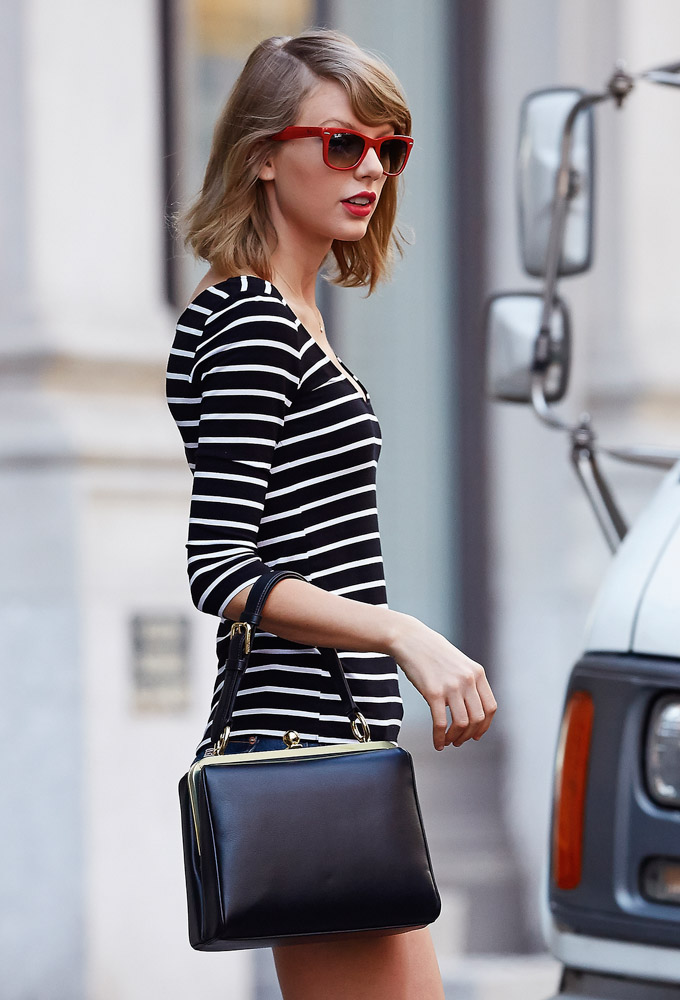 Yay you brought back the side commentary! I enjoyed reading every single one. Thanks

I promise to work it in as often as I can! It’s easier on things that are this length than on some of the longer Many Bags pieces.

Taylor is so cute 🙂

It’s refreshing to see that someone with a $2000 bag thinks that she should carry it more than once. One more reason to like Taylor.