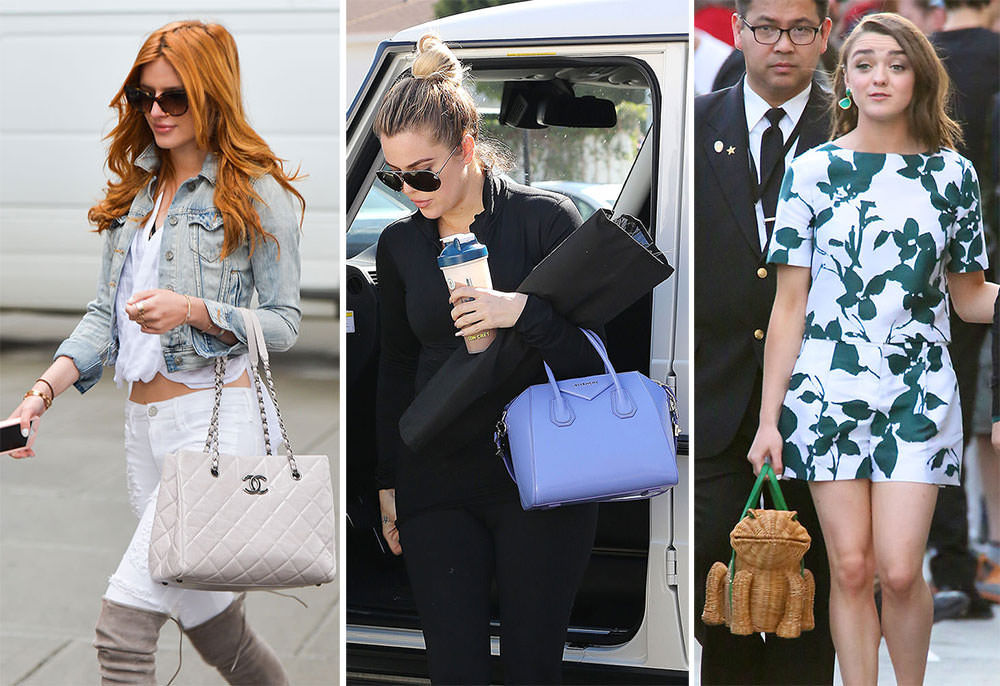 When the weather starts to warm up, the minis start to come out in force. This is my third year writing for PurseBlog, and I’m still stumped as to why this is the pattern. Do we really carry that much less stuff in the spring? We can finally toss out that one giant bottle of winter moisturizer, so we decide to downsize to a mini until August? It’s a puzzle. In other news, select stars will not stop carrying Chanel, and they refuse to apologize.

Disney poppet Bella Thorne was spotted with a nice Chanel tote at JFK on her way to make an appearance on The View. Fun fact: Bella Thorne is still just 17. 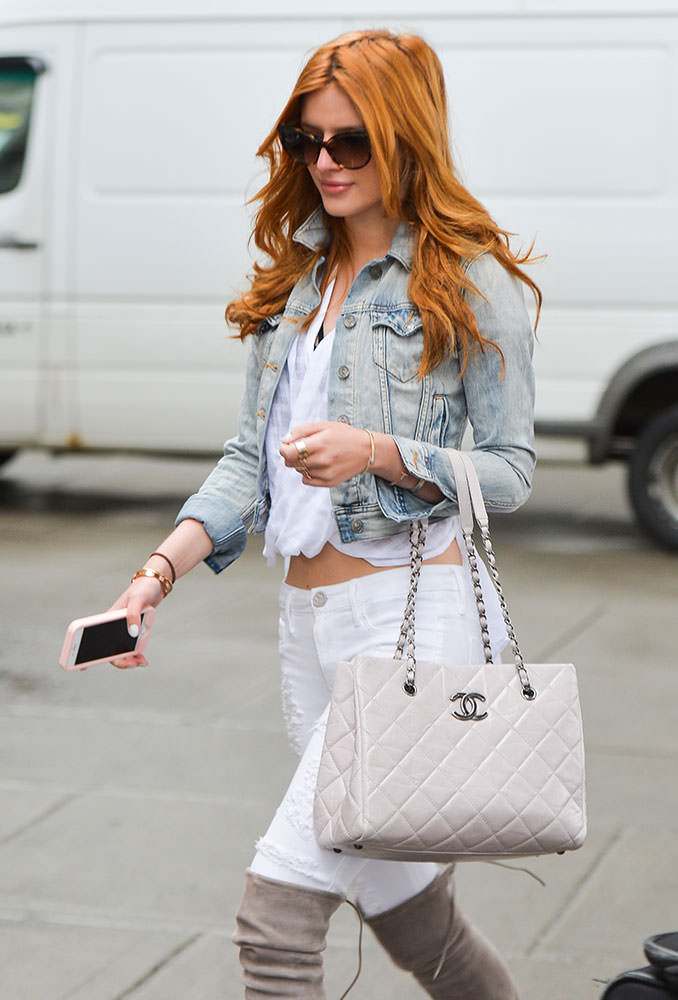 It’s spring, and celebs’ bags are shrinking once again, for reasons I don’t completely understand. Here’s Khloé Karhdashian, leaving the gym and heading to a hair salon with her small blue version of the Givenchy Antigona. 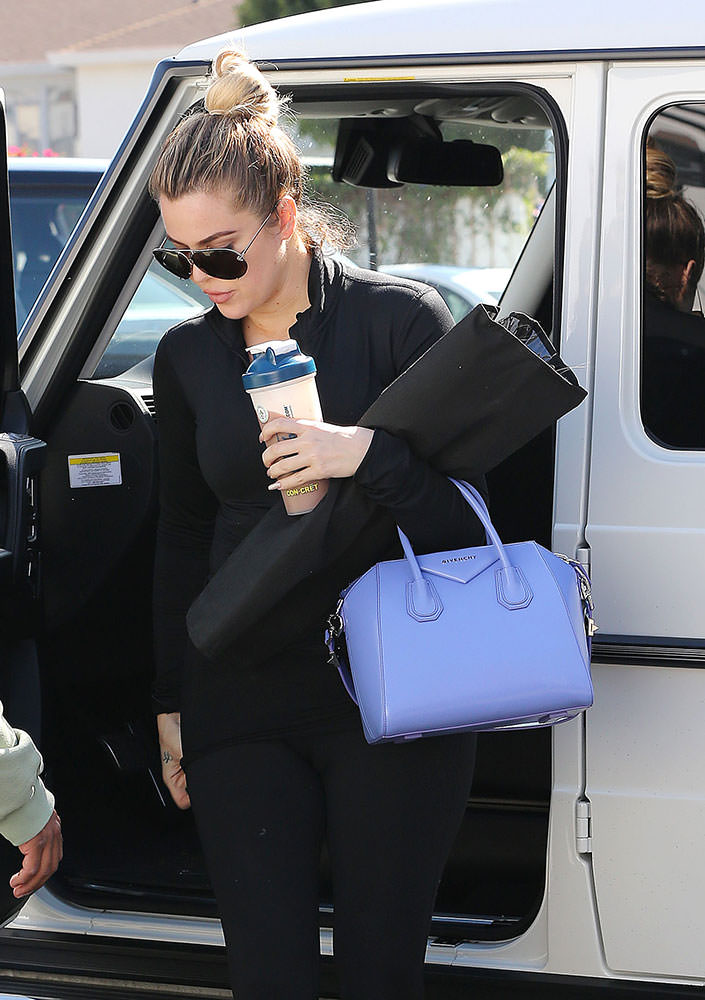 And here’s her sister Kourtney, carrying a Balenciaga mini as she escorts her two eldest children, Mason and Penelope, to ballet class in Woodland Hills. She’s also carrying a backpack of some sort, because a mini is not the most functional choice for a mom of three. 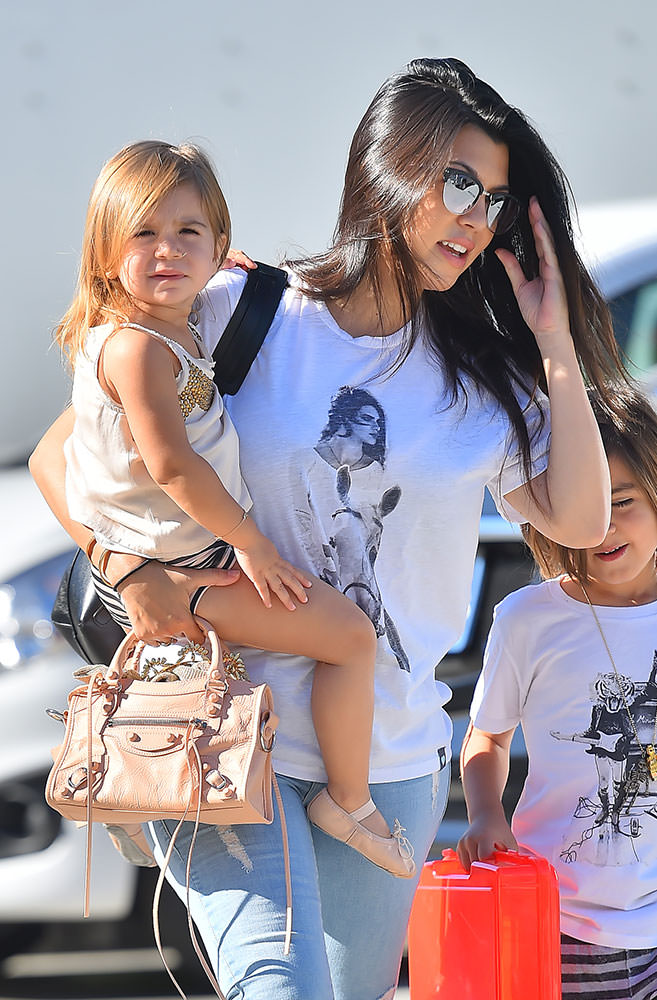 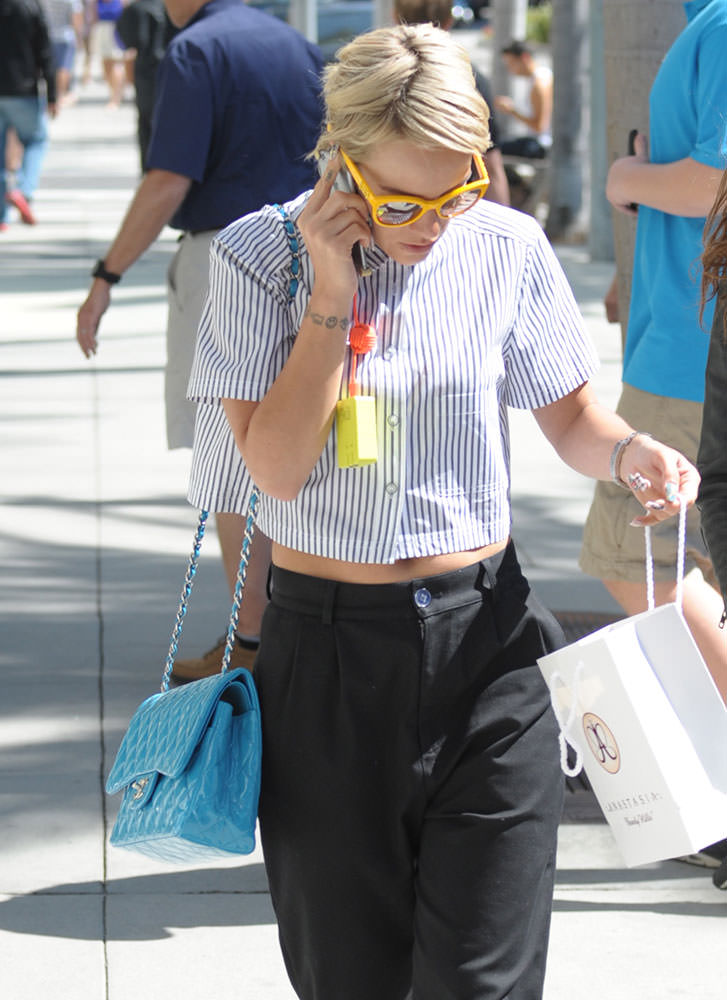 Game of Thrones star Maisie Williams is also 17, just like Bella Thorne, but I feel like she’s having a lot more fun with it. Here she is, heading into an appearance on Jimmy Kimmel Live in a head-to-toe Kate Spade outfit, complete with an amazing, figural wicker frog bag. 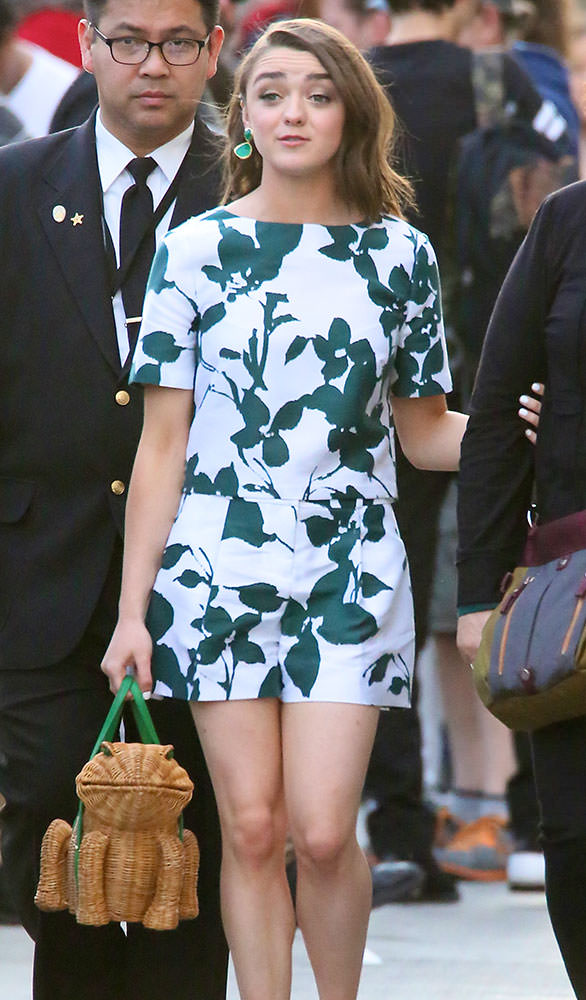 Nastia is a retired Russian-American gymnast with a few Olympic gold medals and World Championships to her name, and as you’ve probably already guessed, she’s competing on this season of Dancing with the Stars. Here she is on her way into The View studios, flashing her Chanel Boy Wallet. 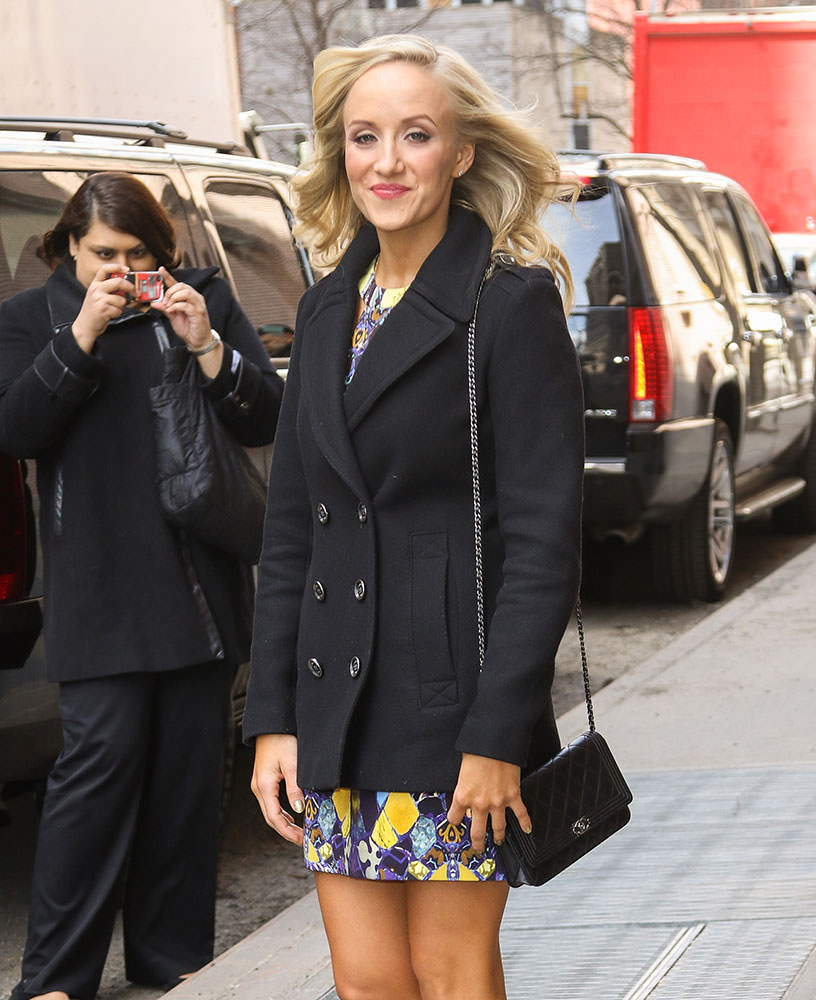 Cookie is on our radar with her fabulous Chanel bags almost every week now. Here she is at LAX with an oversized canvas Chanel tote that’s ideal for air travel. 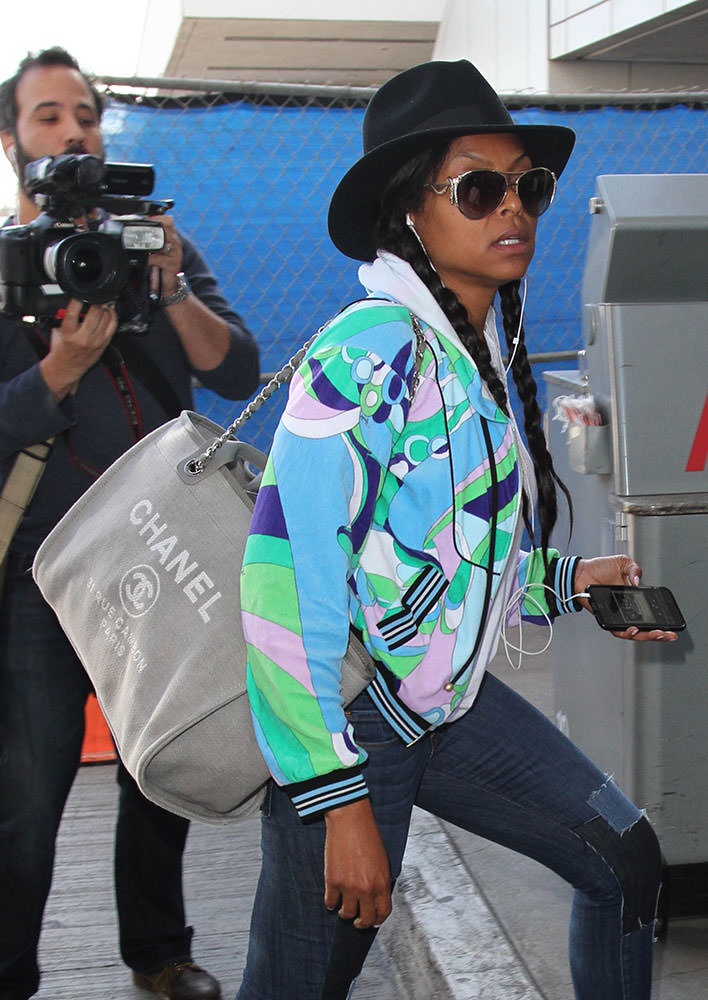 Actress/singer/dancer Zendaya Coleman recently made an appearance at a DWTS after party in LA with a grey, tassled Elizabeth & James bag. (She is NOT a contestant.) 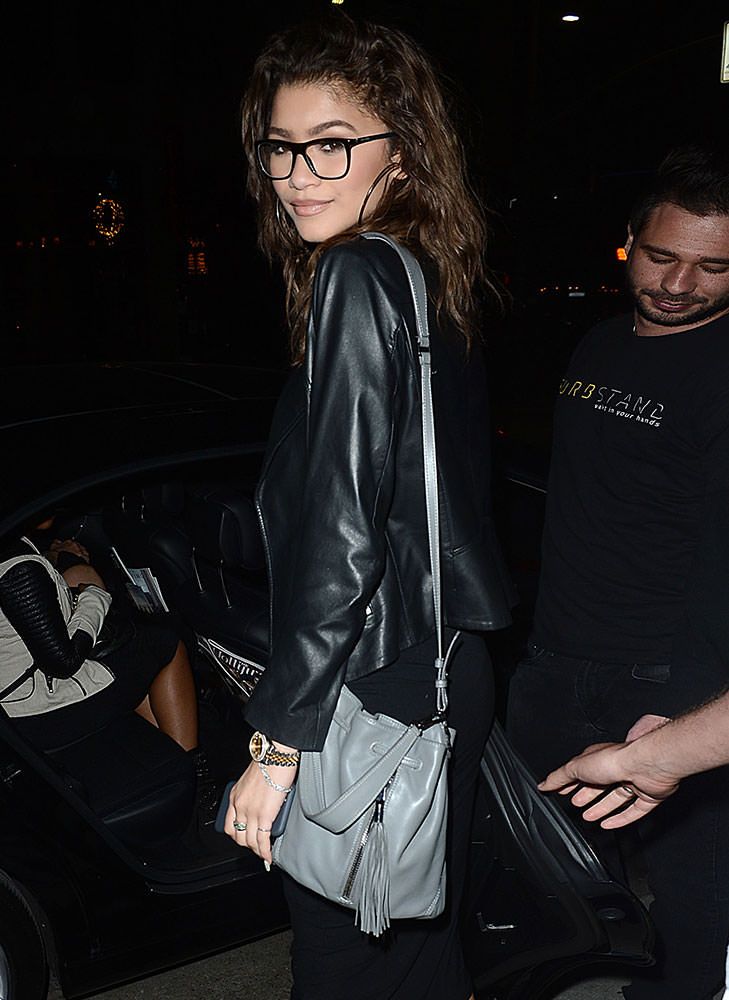 It’s sort of periwinkle, which some people read as more blue and some more purple. (It reads as blue to me, but I can see where others would see purple.)

It looks bluish purple to me personally 🙂

In slide 3, kourtney kardash is carrying a Mansur Gavriel backpack

Many Bags of Taraji P Henson ? (Or Cookie) Lol ?

It’s really hard to believe Bella and Maisie are the same age!

To me the most exciting things here are Kourtney’s mini and Cookie’s Pucci Jacket. Love a good Pucci print!