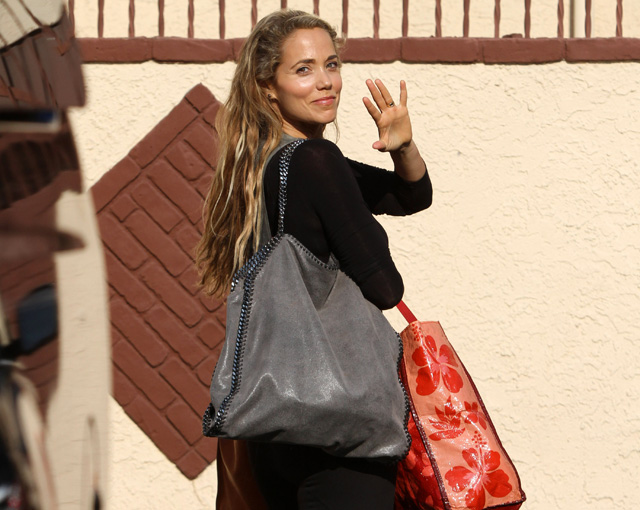 Your eyes aren't deceiving you - that's Jessie Spano herself, Elizabeth Berkley, exiting rehearsals for the new season of Dancing With The Stars in LA, carrying a Stella McCartney Falabella Bag. (For those of you born post-1995, Jessie Spano is a character from Saved by the Bell.) As always, Stella's bags are entirely leather-free, and this one in particular is a longtime favorite of celebs both veg and non-veg. Elizabeth is definitely in the former camp. You can grab her exact bag for $1,195 at Net-A-Porter.

While many debate this bag's price tag because of its faux leather status, I have to lament that this is one of the only designer bags a hardcore animal rights activists can carry with impunity. (Even though oil-derived vinyls, PVCs, and the like raise another set of ethical issues entirely.) I'm trying to think of other designer bags that are completely animal-free, but other than Stella McCartney and the Furla Candy Satchels, I'm drawing a blank. If you can think of others, please chime in! 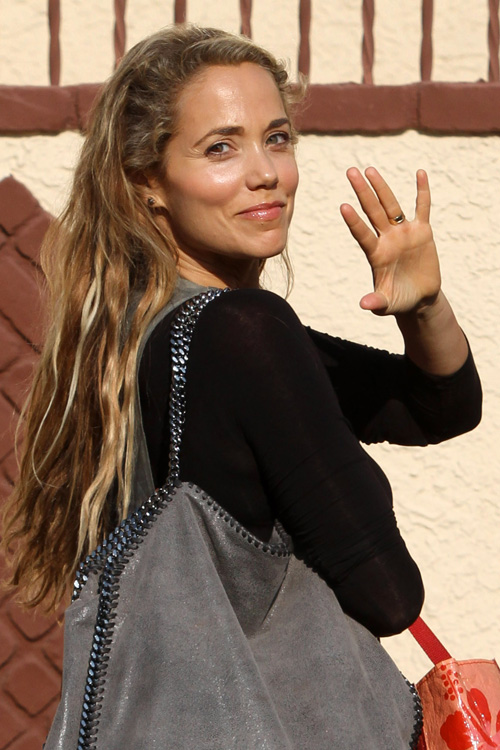 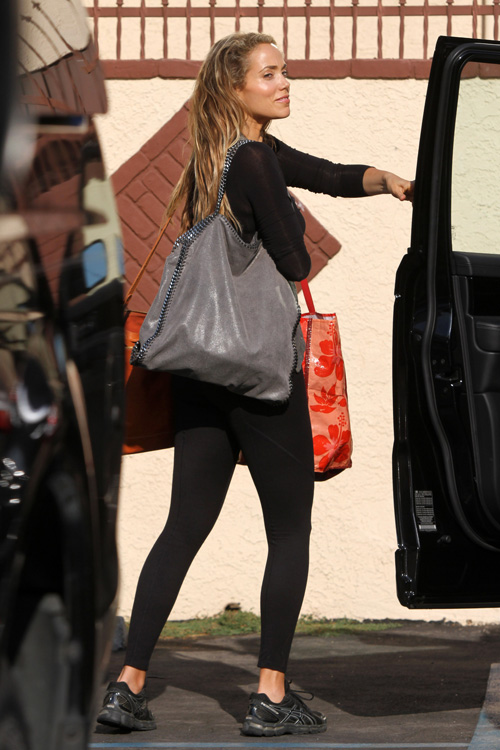 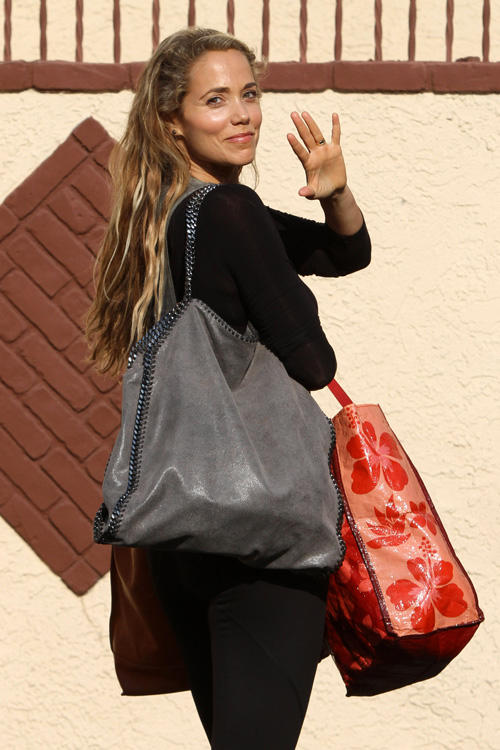 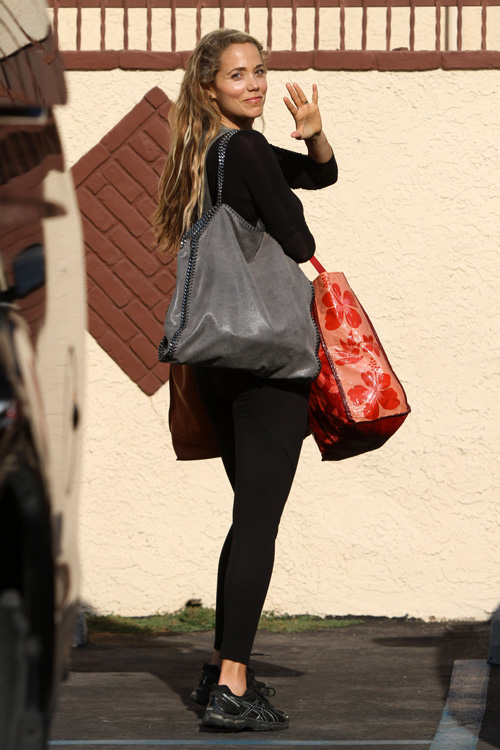