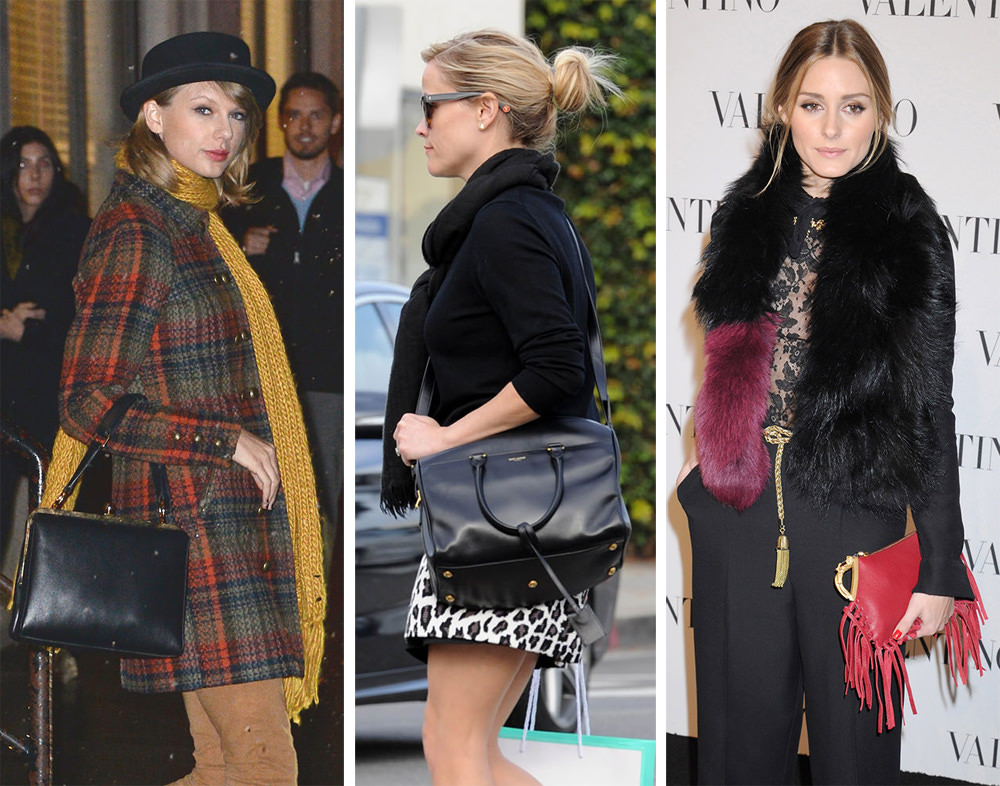 Last week, celebs attended fashion shows in NYC, shopped in Santa Monica, and schlepped through LAX with their pets, all while carrying some pretty fantastic bag choices. Today, we have an unusual mix of both celebs you’re pretty used to seeing around these parts (Olivia Palermo, Taylor friggin’ Swift) and celebs you almost never see featured here (Kirstie Alley, Jordin Sparks), as well as celebs that don’t get as much handbag glory. (Princess Beatrice! I’d like to intern as your new best friend.) There are also multiple celeb bag picks in here that retail for under $500, which is always a welcome change of pace/shock to my system.

When you accept an invitation to a Valentino fashion show, there is a tacit agreement that you will pretend all other designers don’t even exist, and you will only carry/wear Valentino. Emma Roberts knows what’s up. 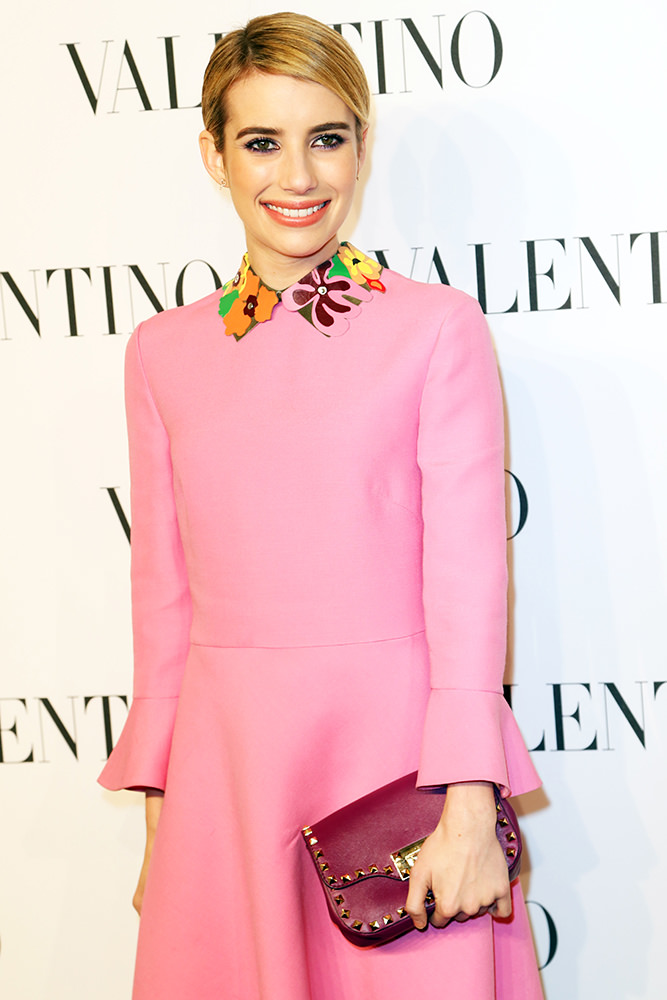 I have always loved the ZAC Zac Posen Eartha. It’s funky, it comes in a wide variety of crazy colorways, and it’s (comparatively) affordably priced. If you like your bags a little more subdued, it comes in all your standard neutral hues, too. If this was a Coach bag or a Michael Kors bag, you’d already own one. Instead, it’s from Zac Posen, who does not have quite as much reach in the handbag universe. In any case, I’m glad Jordin Sparks gets it. 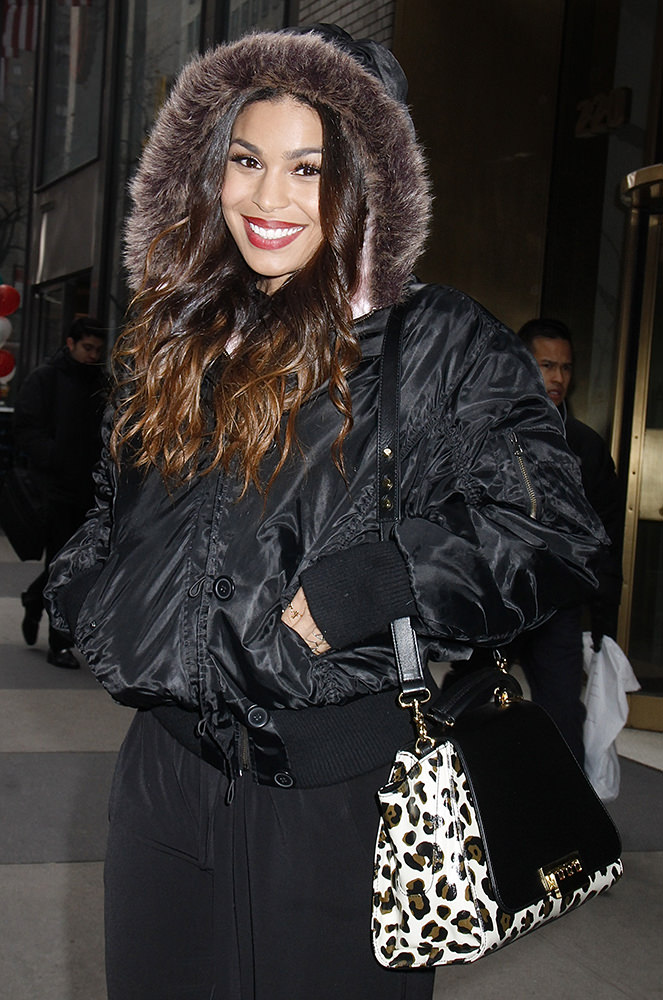 I would not have pegged Kirstie Alley for a Corgi fan. I always pictured her with something less cutesy and a bit morose, like a Weimaraner. But I’m not at all confused as to why she loves this 3.1 Phillip Lim. It seems perfectly appropriate for any bag lover. 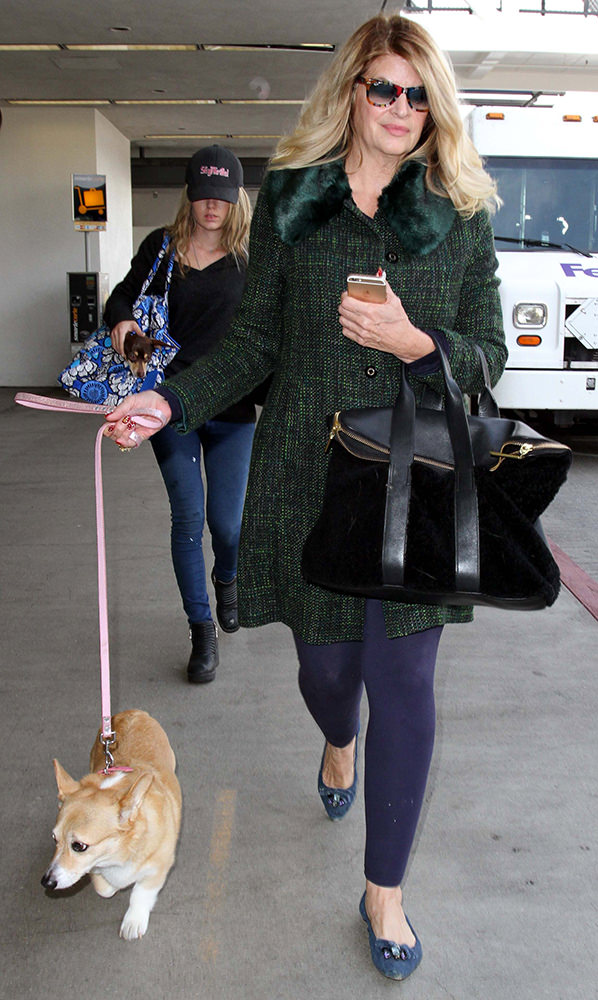 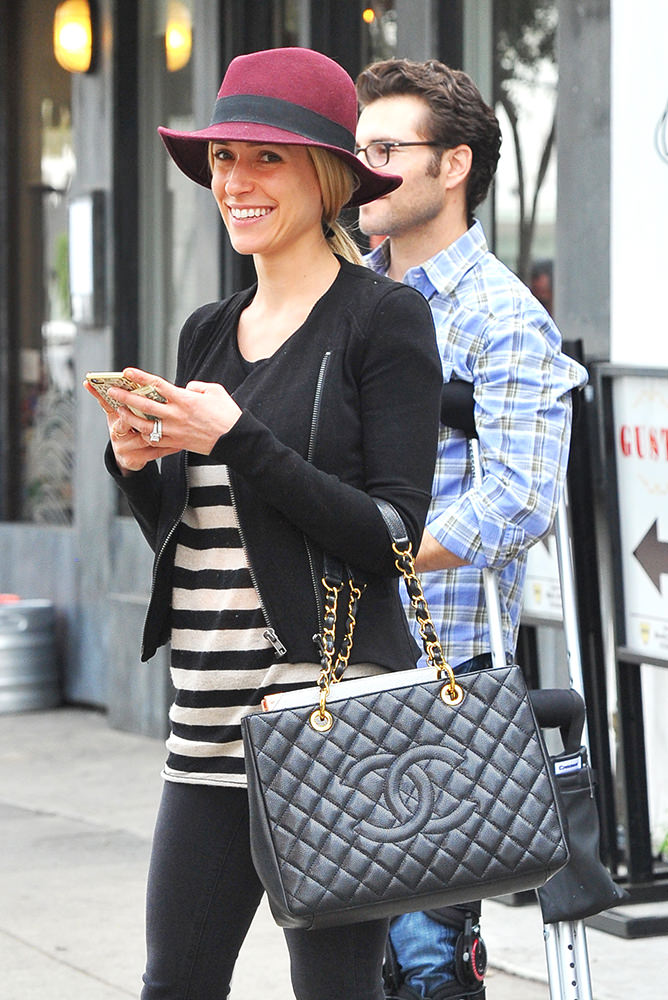 Here’s Olivia Palermo, attending the same Valentino show as Emma Roberts. Olivia has opted to carry one of the brand’s fringed bags, which are a more recent release than Rockstuds but still not quite as popular. This clutch seems to mesh well with the rest of Olivia’s outfit, which I can only describe as baroque-ish. 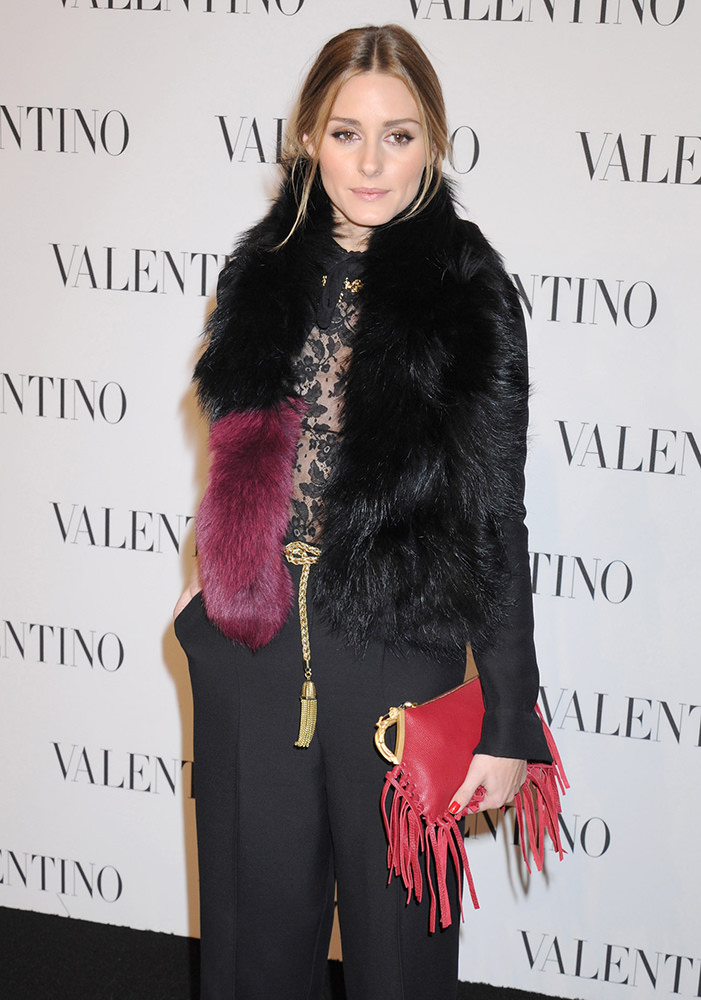 Seen here: a bonafide princess carrying a DVF bag that (usually) retails for less than $500! Recently, we learned that her majesty makes a little over $30,000 as an intern at Sony. (Thanks, hackers!) $30K is an appropriately modest starting salary for many gigs, but it’s fairly hefty for an internship. 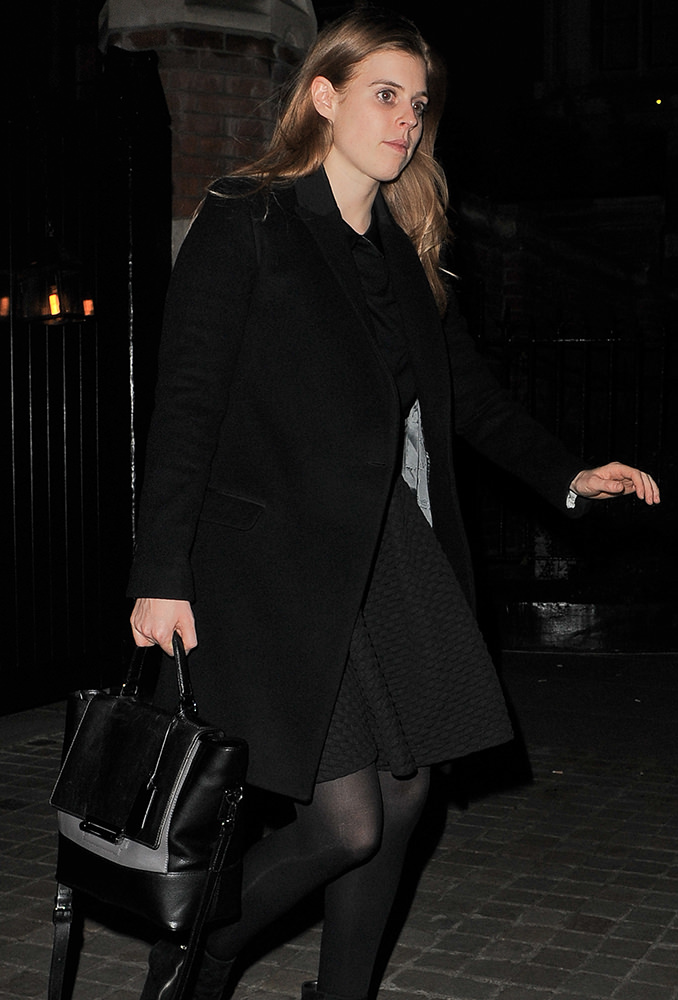 Here’s Reese Witherspoon, doing a little shopping in Santa Monica with her beautiful Saint Laurent Classic Duffel. If there was a life-time achievement award for handbag choices, Reese would have three by now. 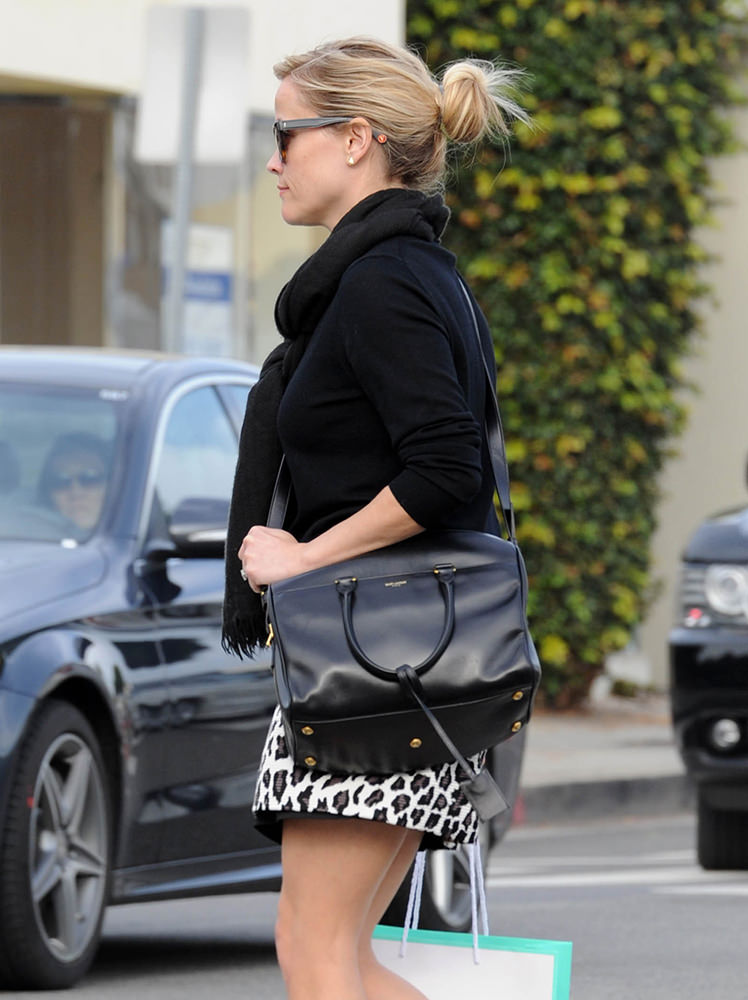 Here’s T-Swift, bringing a bit of Europe back with her to NYC, and carrying that D&G Agata Bag yet again. Taylor did so many glorious things in 2014. She got a cat. She released another album. She partied with Jay-Z, Beyoncé and Justin Timberlake at the same time. But mostly, she just carried Dolce & Gabbana bags. 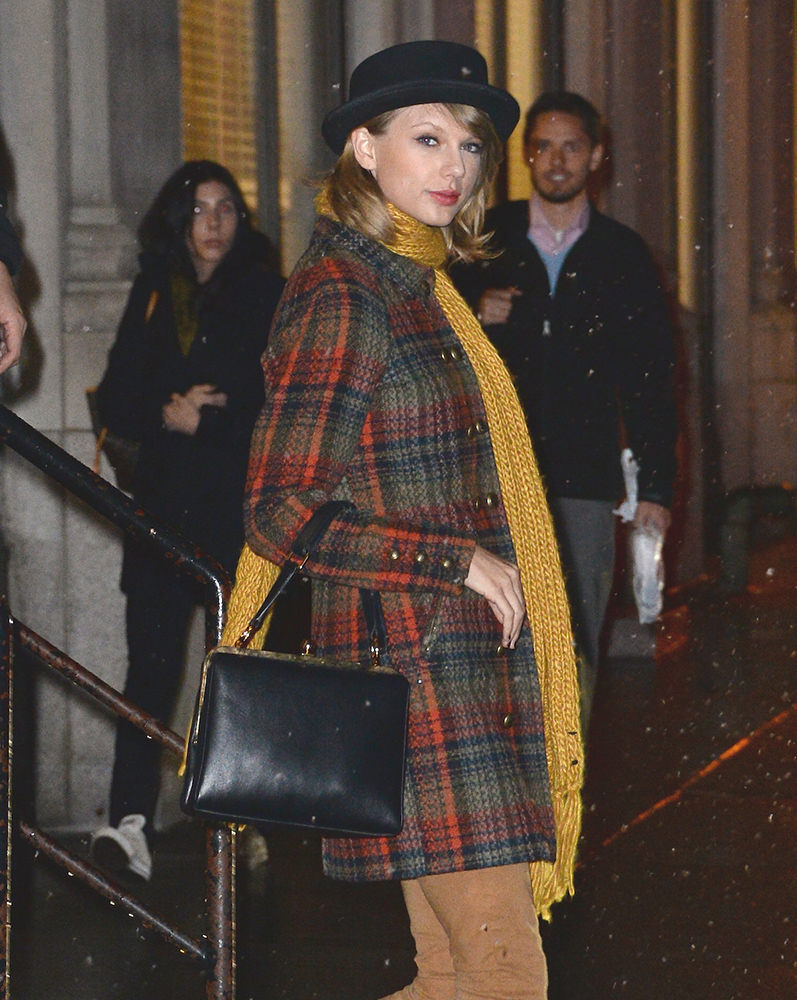 I think there’s a problem going on with the site. I always find myself needing to refresh the page (at the most three) in order to see the full and proper post when this never happened before.

Whenever i see a picture of T Swizzle I immedietly think of someones comment in the past when they refered to her arm as ‘limp dick’. Makes me smile/laugh every time hahaha

I’ve had to refresh the page twice thrice to see all the images. And this has happened with other posts too recently.

Hey , I want to share one of my favorite
suppliers of china, where if you can buy safe cheap brand handbags&clothes
or to sell in your country, it is the best.

This provider is http : // http://www.shoppingdiy.es .
They have a huge catalog with over 100 different brands and the best prices,
for example, rayban glasses for 4$ and a lot of brands

I have already bought some staffs in this site
for Christmas. Maybe I can share something that is real
here.

One of other user issues is that I can’t see full image on ipad, so either bags or faces