Celebs Have the Blues with Bags from Céline, Armani, Givenchy & More 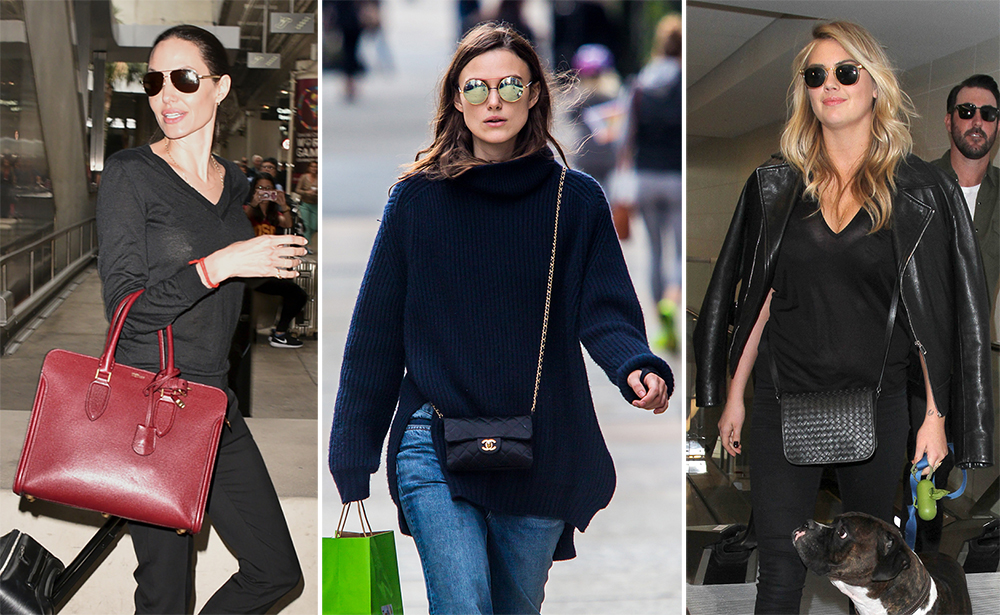 Here’s a fun thing about keeping track of celebrity bag and fashion trends: as soon as you feel you can definitively say “CELEBS ARE DOING THIS!” they’re already doing something else, and they probably started doing it three days ago. Fall color trends have quickly shifted from blackest blacks to moody, deep reds to all hues of blue over the last few weeks, and the past few days have seen more celebs reaching for their minis again. Minis definitely got a break once summer ended, but I suppose some celebs have finally gotten their fill of gigantic, sumptuous, rich, leather totes and all the other things one feels obligated to carry during fall, mostly for fall’s sake.

Here’s Angelina Jolie, blasting through LAX with her kids, carrying a lovely red Alexander McQueen tote. One of our readers brought this pic to our attention last week and very astutely pointed out that Angelina is rarely seen with anything other than a black handbag. Come to think of it, she rarely wears anything but black unless she’s on the red carpet. 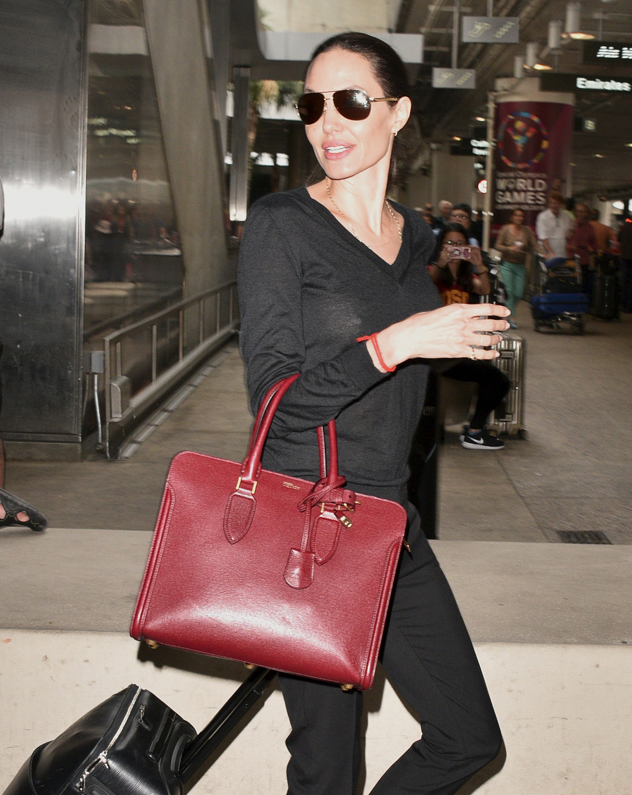 Courtney Love was recently seen leaving dinner at Craig’s with friends while effectively murdering any residual nostalgia I had left for the 90s. She’s carrying a small blue Prada Galleria Tote. 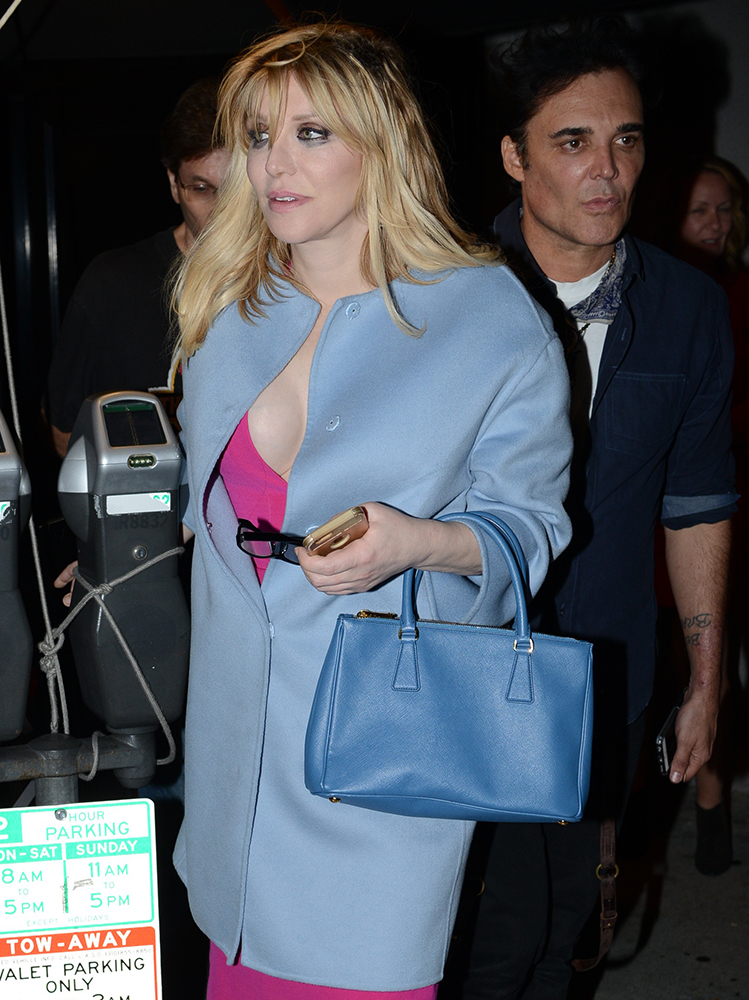 Gwyneth Paltrow was recently photographed battling some major updraft outside of JFK with a bright blue Céline Luggage Tote. This is one of more reasonable shots taken; others making the rounds on the net show Gwyneth’s hair blowing up at an almost-180-degree angle. 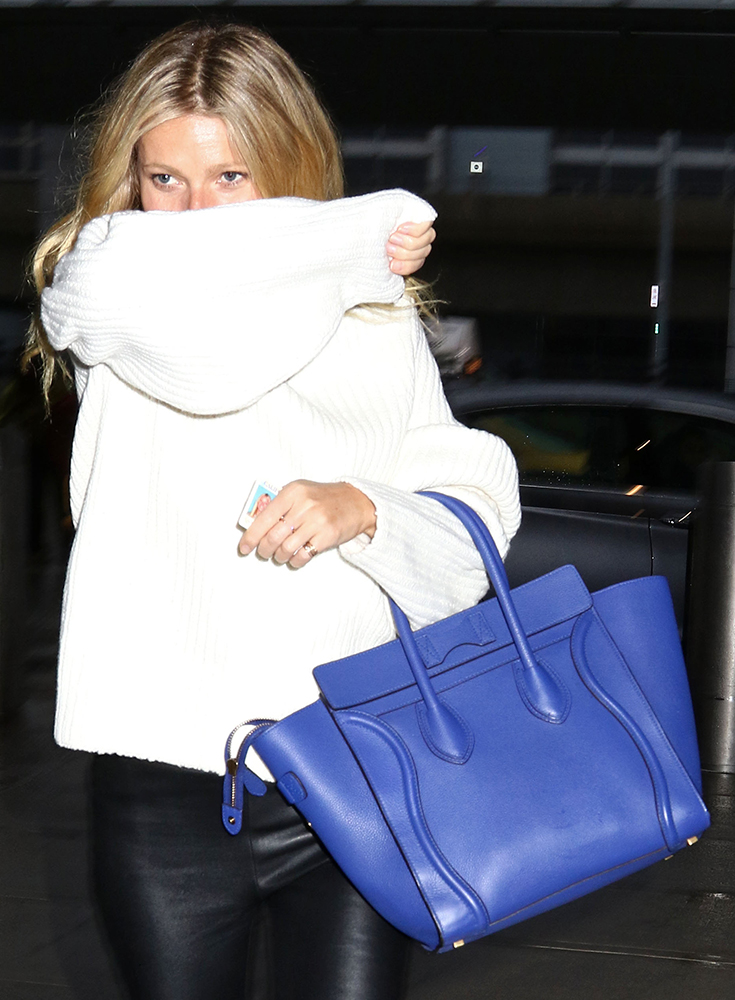 Meanwhile, we know Dame Helen Mirren patently refuses to take a bad photo, even while riding the NYC subway. Here she is at the 29th Israel Film Festival Opening Night Gala in LA with a beautiful blue croc-embossed Giorgio Armani tote. 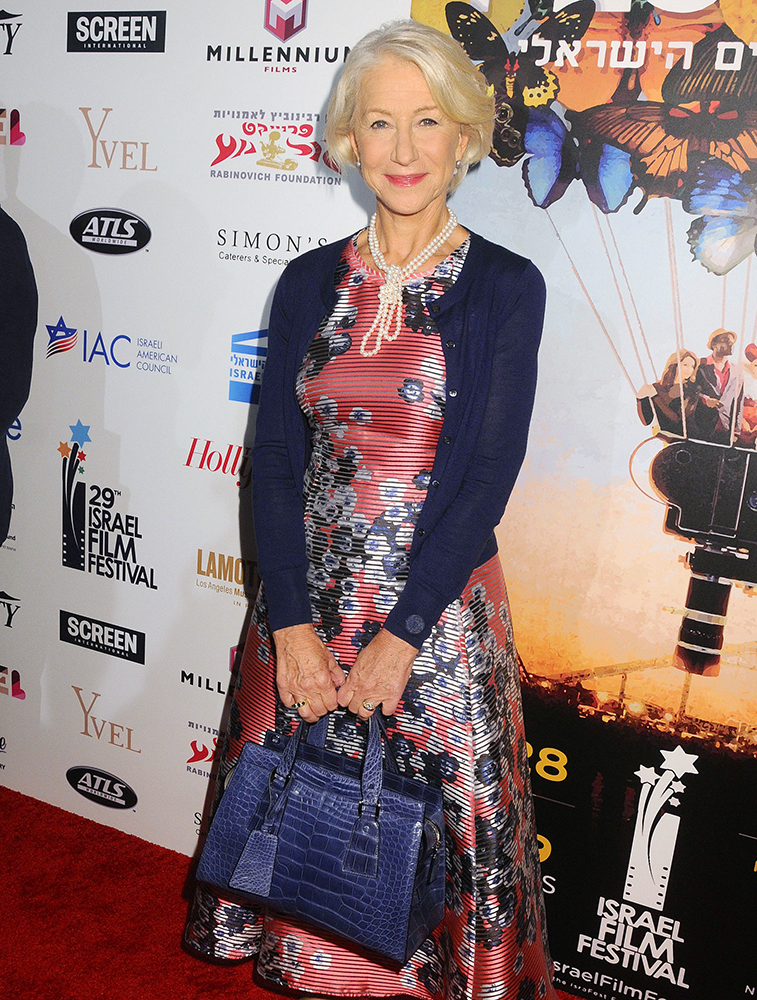 Here’s Modern Family‘s Julie Bowen making her way into Jimmy Kimmel Live with a nice peacock blue Givenchy Antigona. We don’t see a ton of celebs carrying this bag in this shade, and I’m guessing that’s because it’s the least “Givenchy” of Givenchy color offerings. 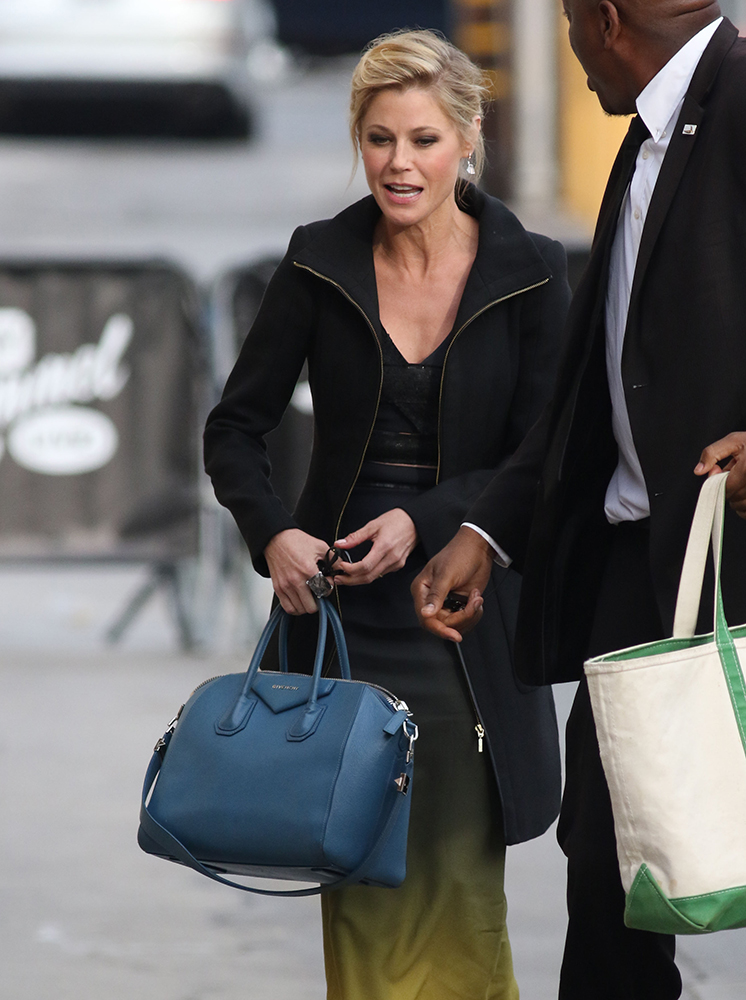 Kate Upton was recently spotted living her best life at LAX with her dog, her boyfriend Justin Verlander, and her little Bottega Veneta mini. Kate has made a gratuitous amount of headlines in the last few days for expressing her desire to “make out” with American Pharoah, the Triple Crown winner…who is a horse. But hey, I think we’ve all been there. 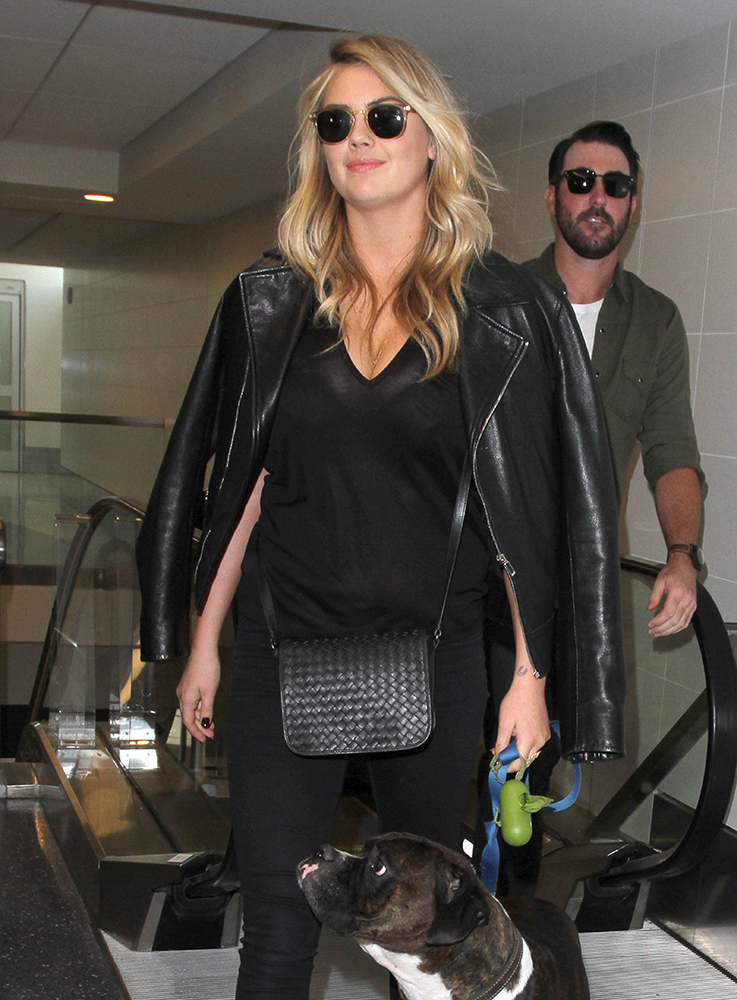 Here’s Keira Knightly, looking needlessly glamorous while out and about in Soho with a mini Chanel bag. Keira has starred in numerous Chanel campaigns, so no surprises here, but why does it look like grassy meadows are being reflected in her sunglasses? Is it Chanel magic? 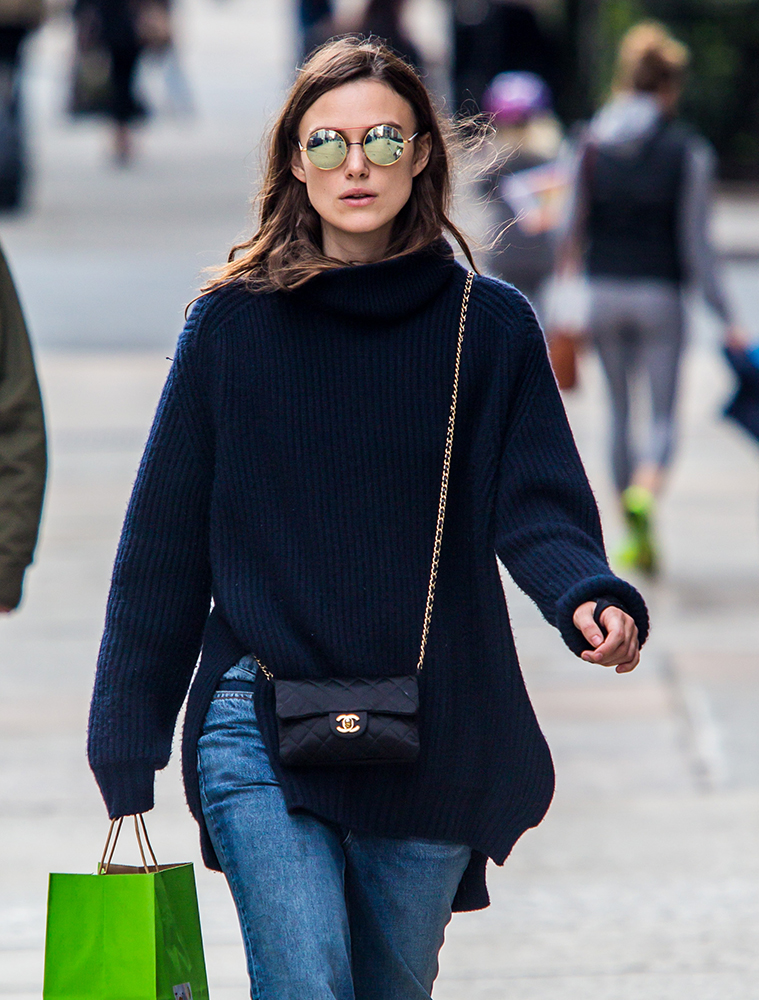 There’s needless glamour, and then there’s absolutely necessary glamour. Here’s a glimpse of Naomi Campbell, en route to the after party for the premiere of Rock the Kasbah in NYC with a gorgeous laser-cut Alaïa bag. 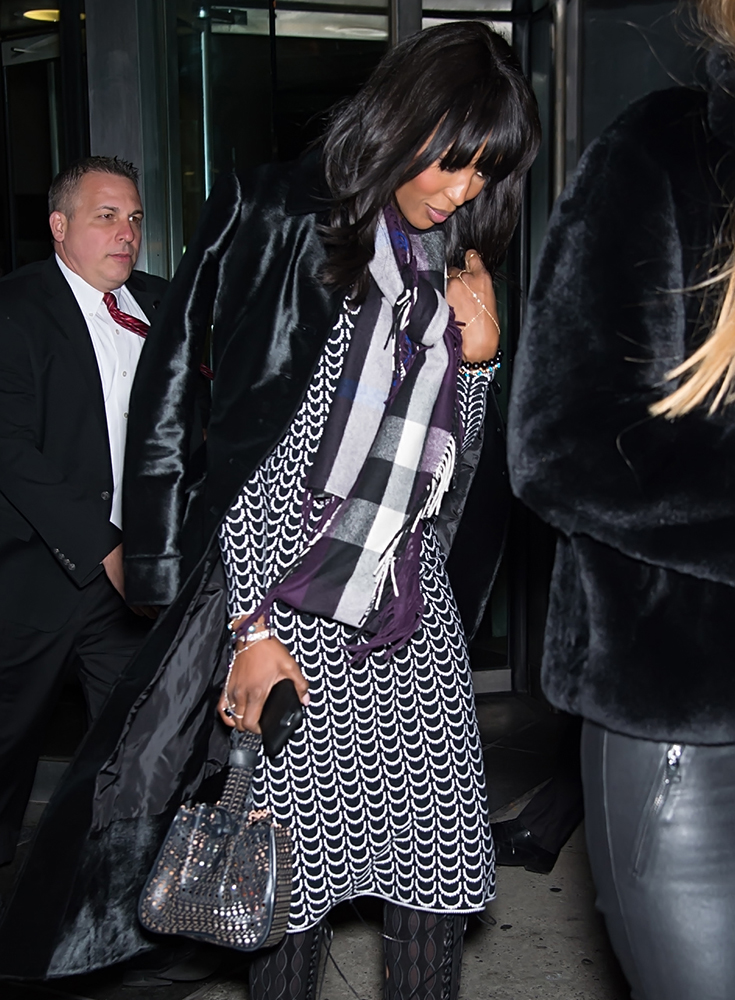 Love me some Naomi! I’m liking the Bottega crossbody bags, perfect for your passport, cellphone and some small essential items.

Uh oh, Courtney Love and Galleria bags. That’s it, I have to stop carrying mine.

Well aren’t you a special snowflake shaped like a dick?

Oh…you have that bag? I better stop carrying mine then lol

Let’s be a little more pretentious, shall we?

no need more purseblog < I just started 6 weeks ago and I've gotten 2 check for a total of dollar4,200. This is the best decision I made in a long time. Thank you for giving me this extraordinary opportunity to make extra $$$$ from home. This extra $$$$$ has changed my days in so many ways, for more details

I love the Antigona in that blue.

I was going to make that same comment. Ditto.
So gorgeous.

Angie wanted to strategically match her bag to her new bracelet, which I’m sure we’ll hear more about soon. We’ll be seeing a lot of her and her kids soon, she has a movie to promote.

One day I will own a Bottega, they are gorgeous!

`I’m` finally` getting 94`Dollars“` an hr,….It’s time to take some action` and you can join it too.It is easy way to get rich`.Three weeks from now you will wish you have started today….

I totally agree. She’s a classy lady. She looks wonderful. Her bag is the perfect size and accessory. SHE is making the fashion statement, not her bag.

`Any` Special“kind` of `Skills, `Degree` or Specific qualification is not `required` for this, just `typing` and a `good` `working` and `reliable` `internet` `connection` ….

I have Been Working on this and Getting Results…..….Hope over to“website“ `page` `LINK` which is on Prrof!le of mine