This Week, Multiple A-Listers Have Carried Designer Bags That Retail for Under $400 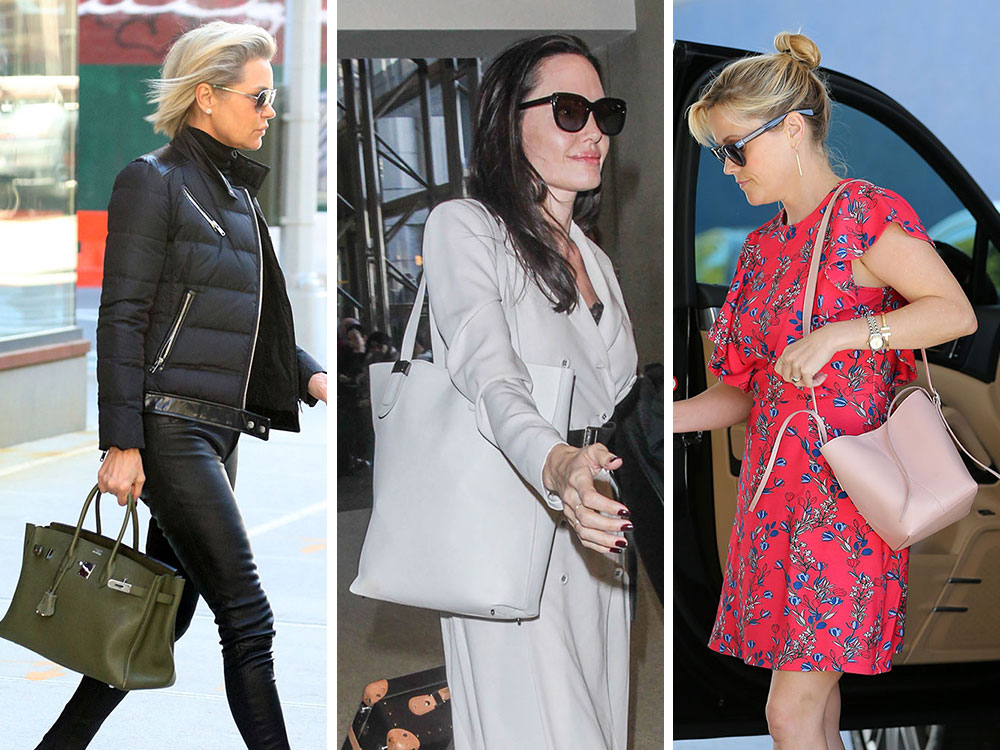 You heard right. Angelina Jolie and Reese Witherspoon were both seen out and about with bags that will only set you back $400 after taxes. Different bags, mind you! What is happening? Have we entered a bizarre new age of celeb thriftiness and fiscal reprioritization? Was it just a fluke? Should I invest all of my savings into gold bars? I’m scared, y’all. Also popular this week: Birkins and pale pink! 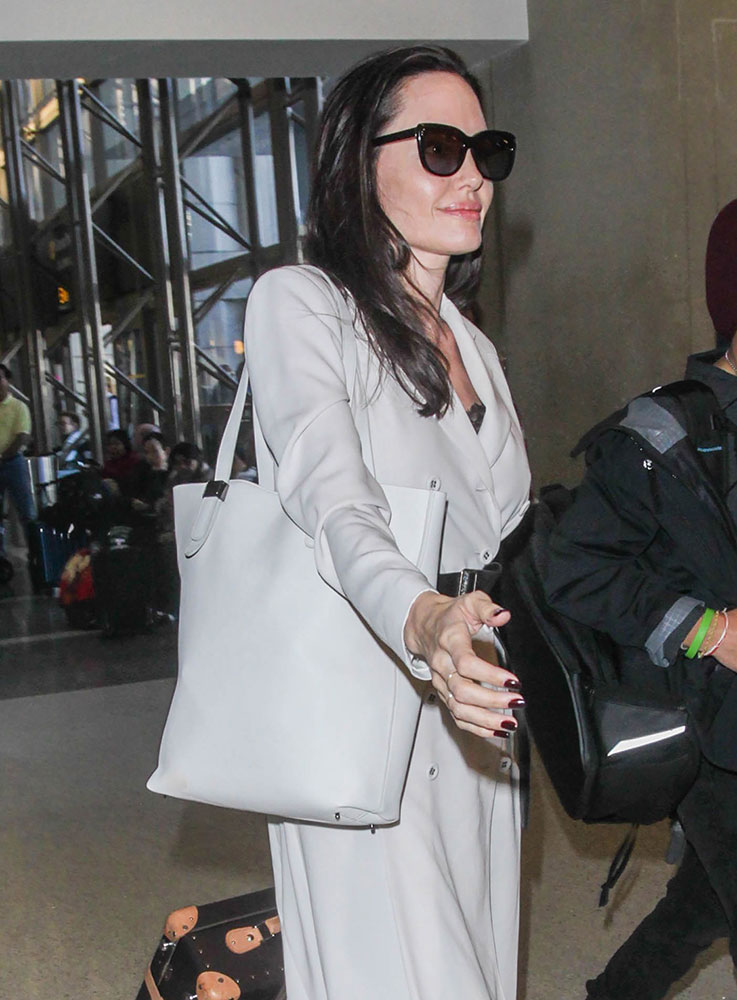 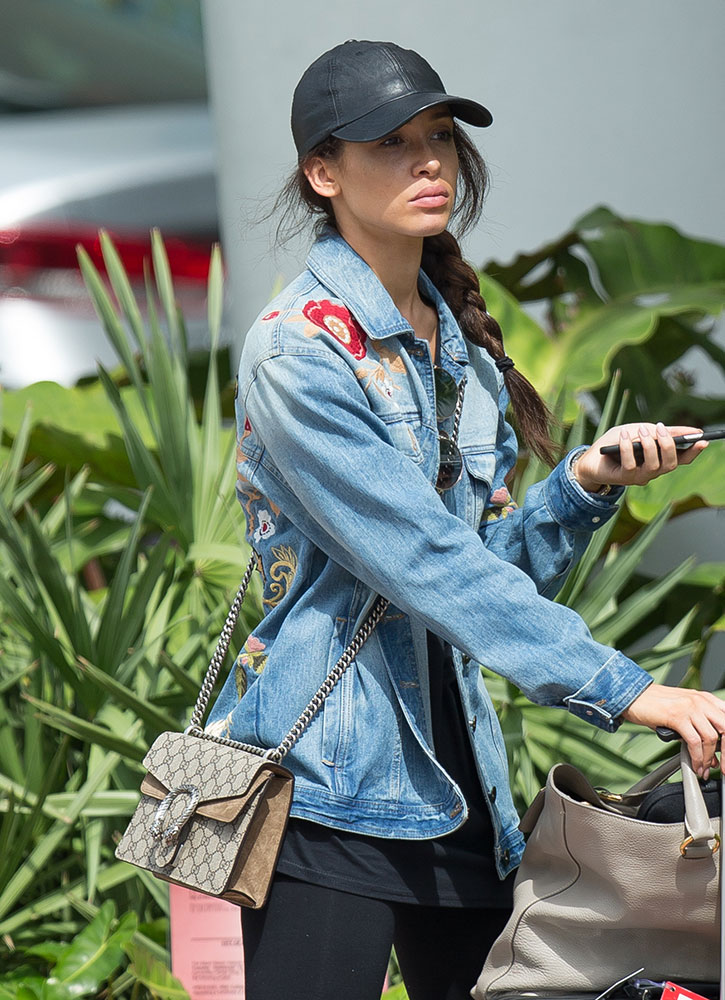 Here’s Kelly Rowland leaving The View with a large woven Bottega Veneta Intrecciato Tote. In case you missed that rather large clue, Kelly has a new book to promote. 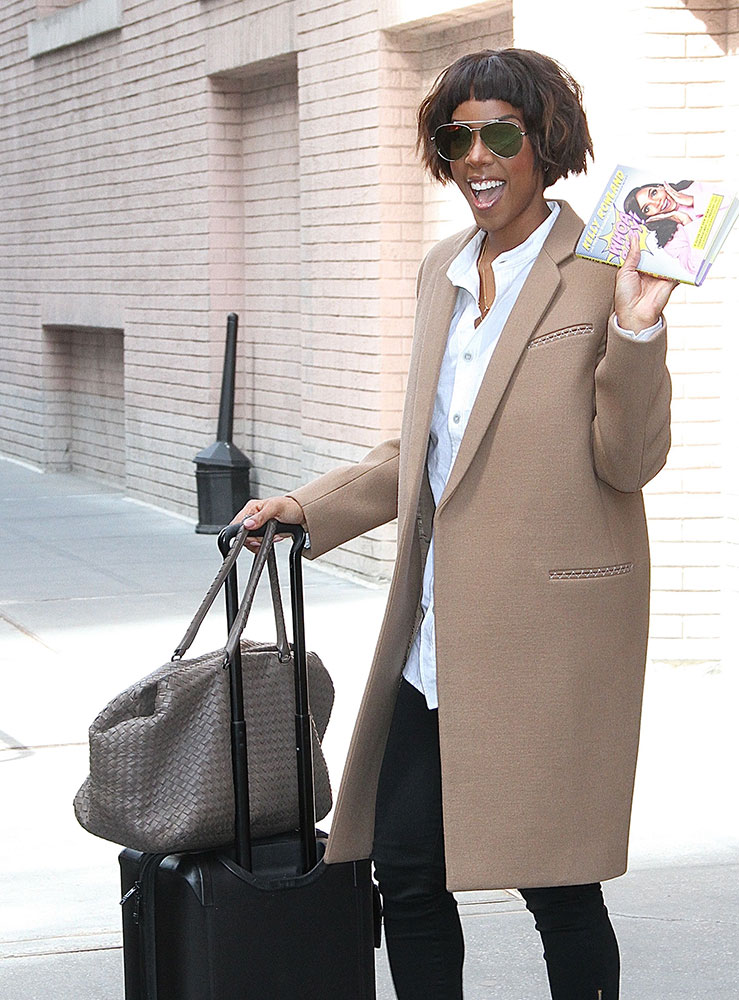 Kendall Jenner recently slinked through LAX with this black, embossed leather Givenchy Lucrezia Bag. I don’t know what her bodyguard is yelling, but I like to pretend it’s “Step aside, mortals! It’s Kendall freakin’ Jenner!” 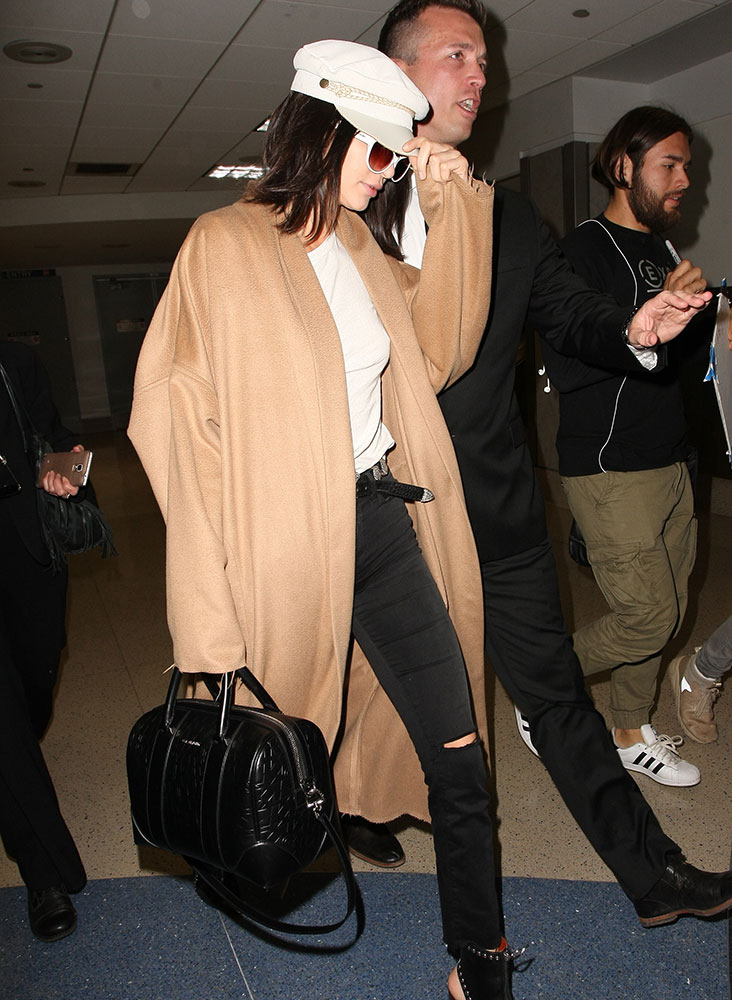 Here’s Kimora Lee Simmons, signing autographs for a fan outside of LAX. She’s brought a black Hermès Birkin along for the trip. 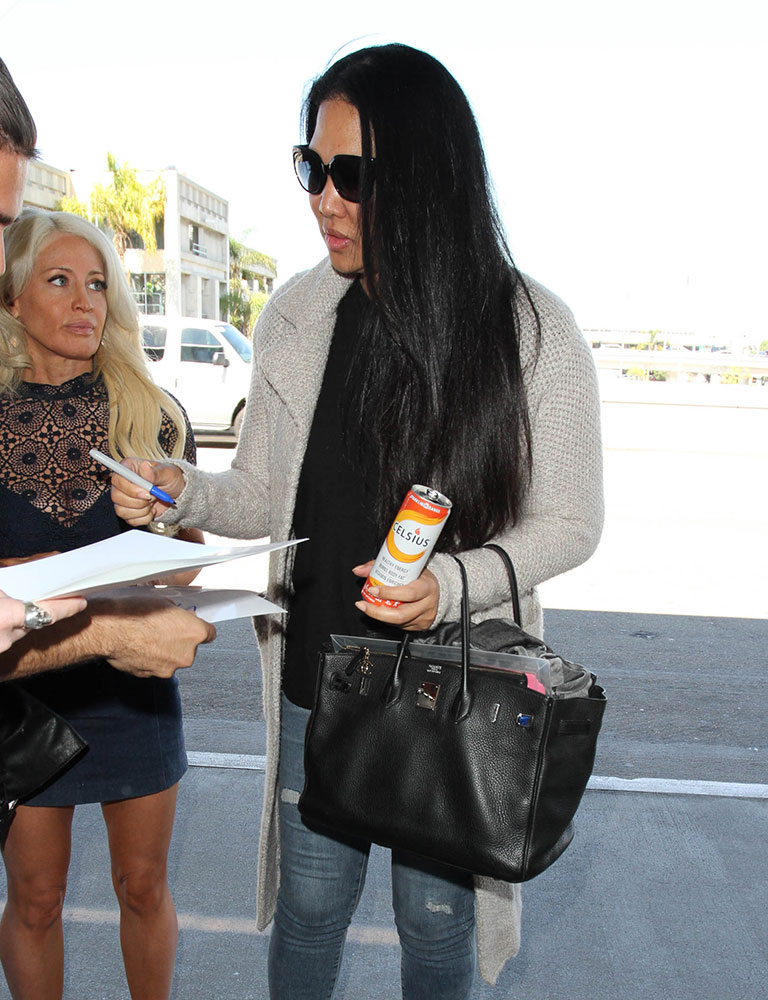 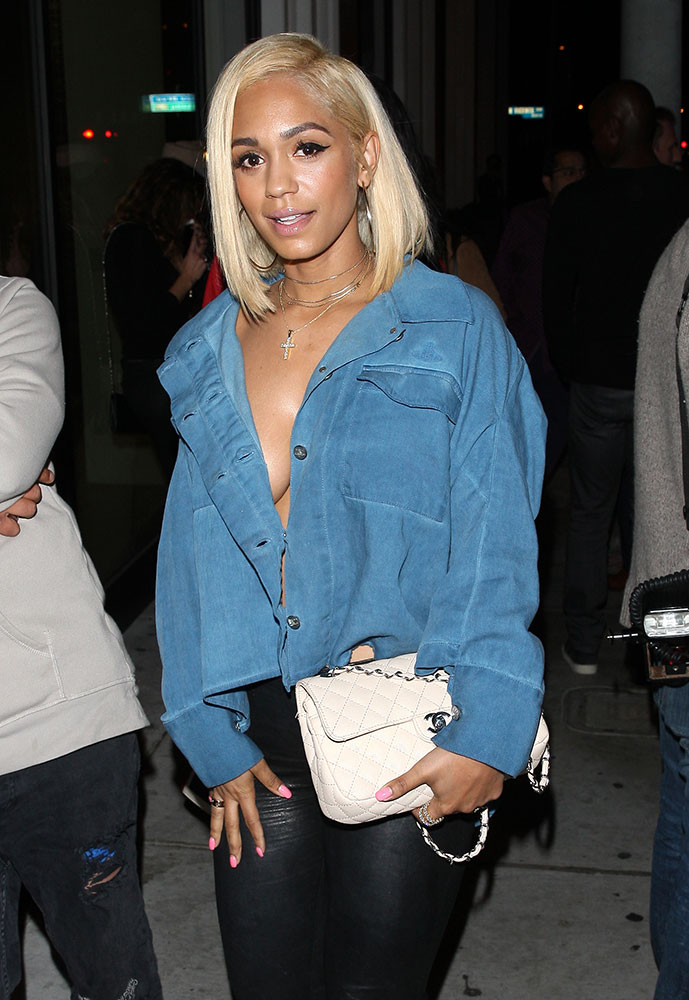 Here’s Reese heading into Kinara Skincare Clinic in Beverly Hills with a simple, pale pink Creatures of Comfort Small Apple Bag. Yes, bucket bags are still a thing for spring 2017 (and possibly forever?), and FYI, this one retails for under $400. 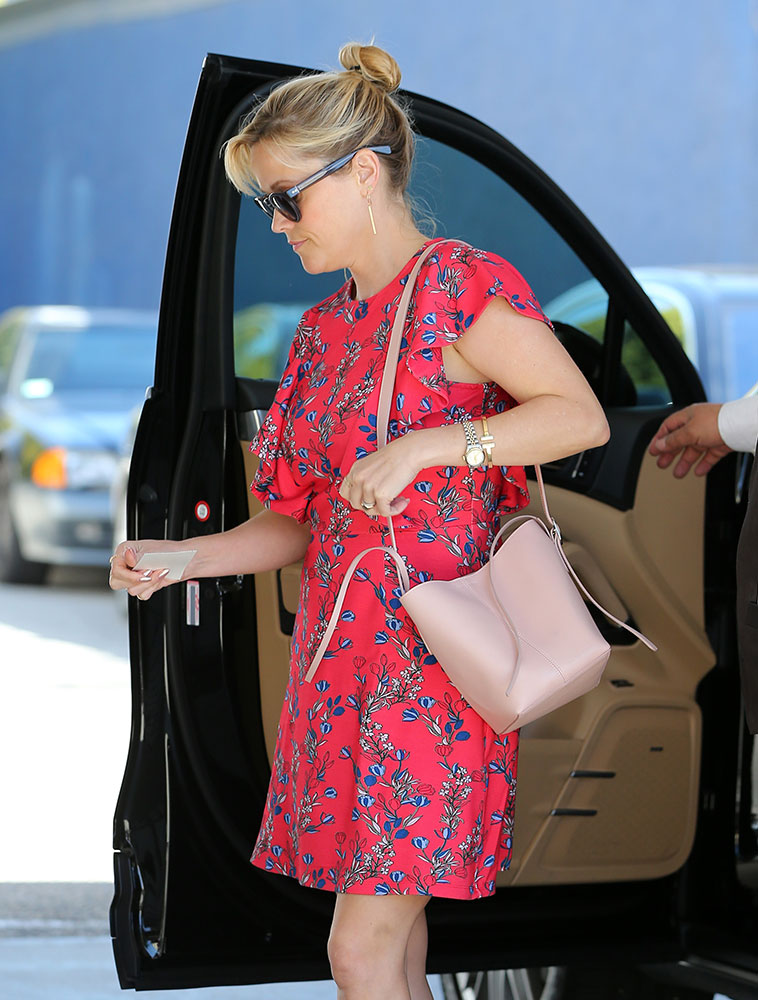 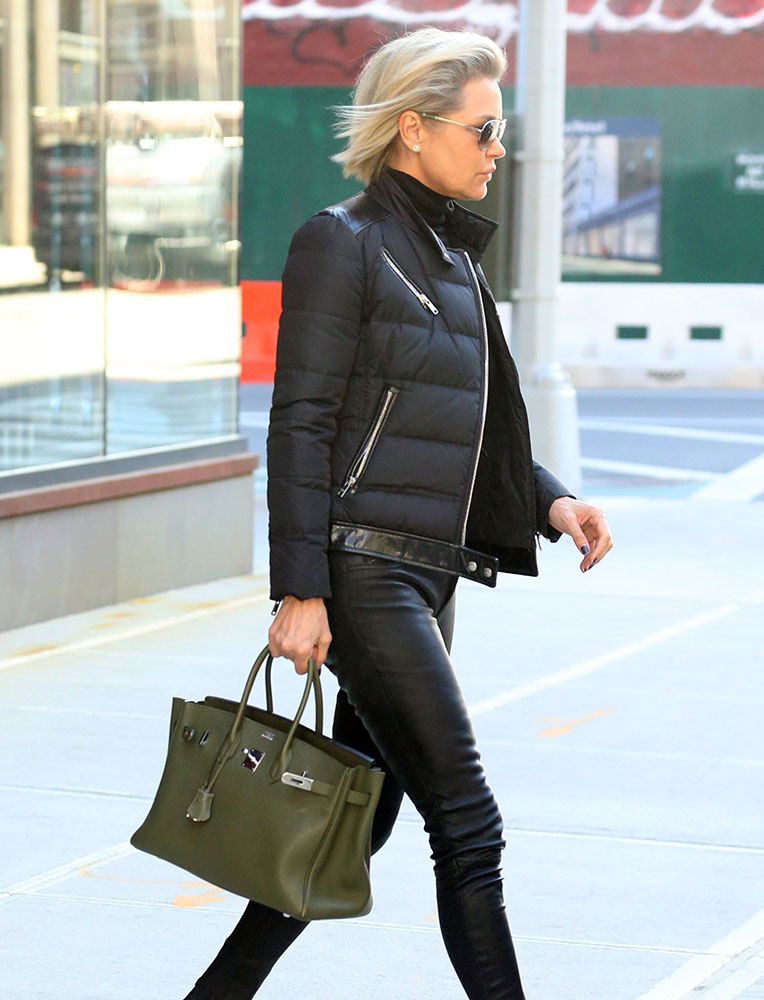 What about Paloma Picasso and her Tiffany jewelry line? She’s pretty famous (with a pretty big deal father) and she’s been around awhile.

There is something just so “easy breezy” about her. Just effortless.

She’s the ambassador of style to me. I would love to be so chic! #study!

But her hair is a travesty
I love her but no no no no no!
Good thing hair can grow

Are the pockets still sewn shut or is that part of the design?

but her hair needs work.

In the photo above, Yolanda is the image of perfection. Can’t say that ’bout some of the others – especially Paloma with the boob hanging out. Why do people DO that? eew

It’s that ‘effortlessly sexy’ look. Her boob isn’t hanging out. Celebs show more boob than that on the red carpet

Yolanda’s Birkin is gorgeous, and I’m not even a huge Birkin fan

Why would someone want an autograph from Kimora? That’s pretty desperate

Because they want one and it’s a free world?!

Maybe they thought she’s someone else!

Yolanda always looks really chic. I really like how simple her style is.

I think they lost readers. I’ve been a long time follower, but a lot of posts are boring.