Celebs Hit the Press Circuit with Bags from Gucci, Versace, Chanel and More 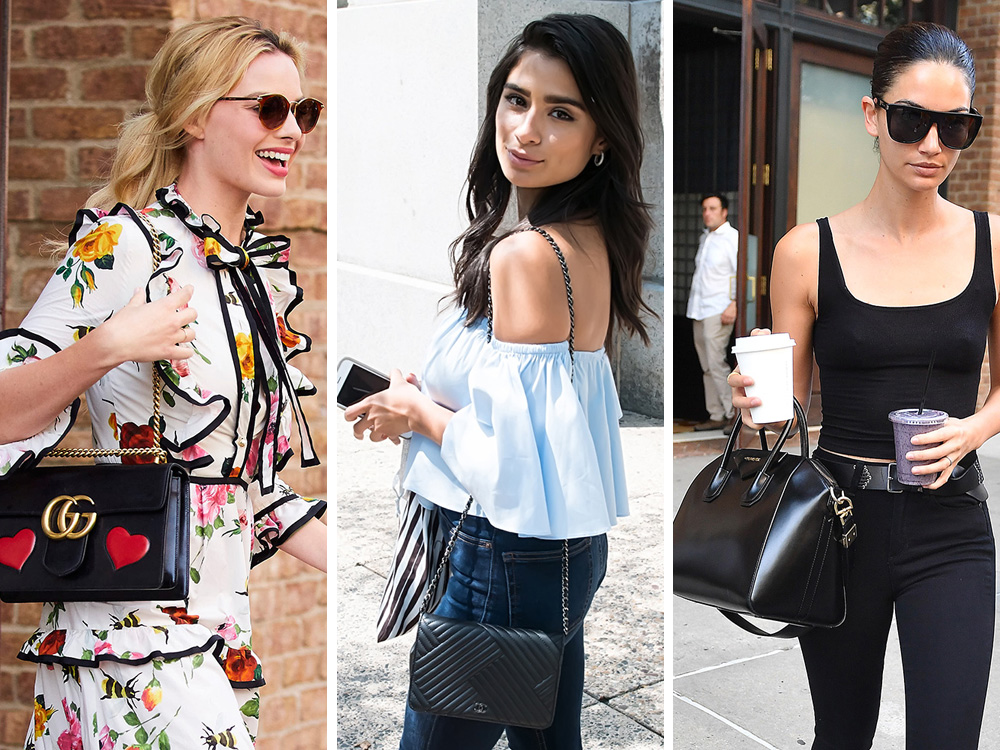 Last week celebs partied down with politics, and Gigi Hadid managed to stay one step ahead of us with her handbag choices. Also, Margot Robbie has finally begun her super stylish press tour for Suicide Squad, and we expect our photo service to be pretty generous with her pictures for the foreseeable future. That’s good news for Margot Robbie fans and bag lovers alike, because her handbag picks are top-notch.

Here’s Orange is the New Black star Diane Guerrero outside of the Chemical Heritage Foundation Museum in Philly with Elizabeth Banks, where they both attended an “anti-obesity” luncheon together. Diane is carrying a black leather Chanel Wallet on Chain Bag. 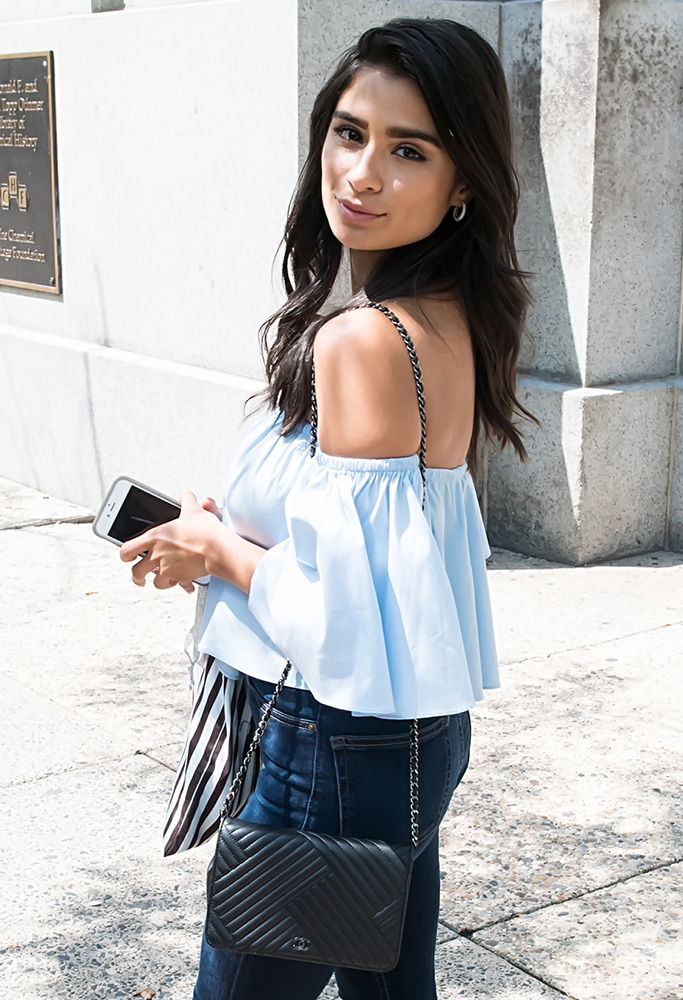 Paps caught EJ Johnson channeling his inner Viking goddess as he marched into Craig’s (as he does at least twice weekly) with his favorite exotic Hermès Kelly Bag. 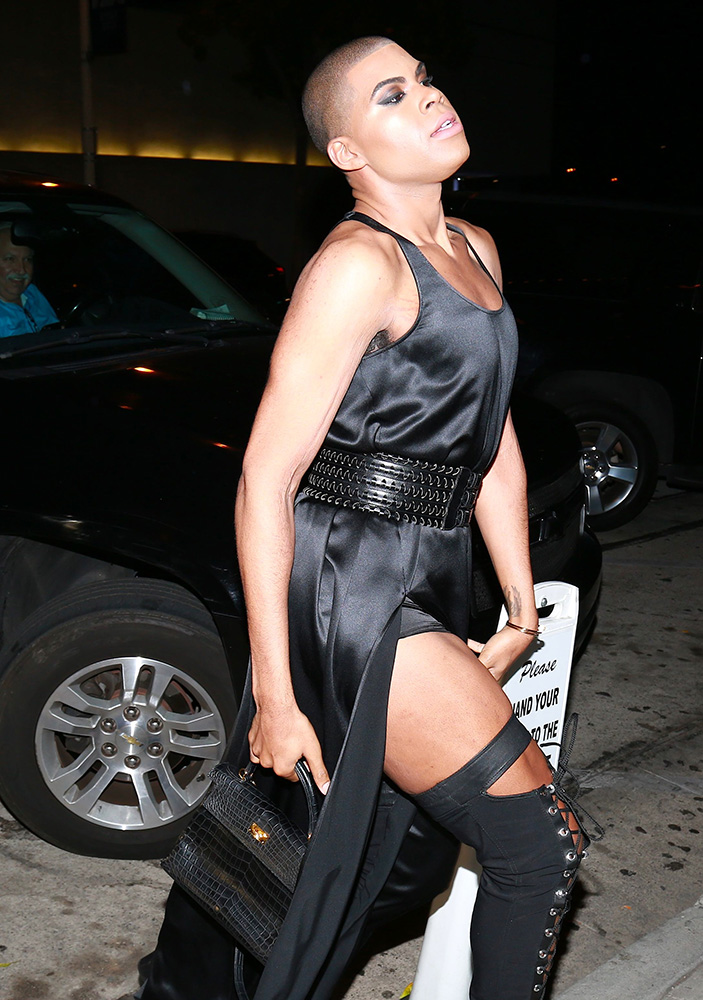 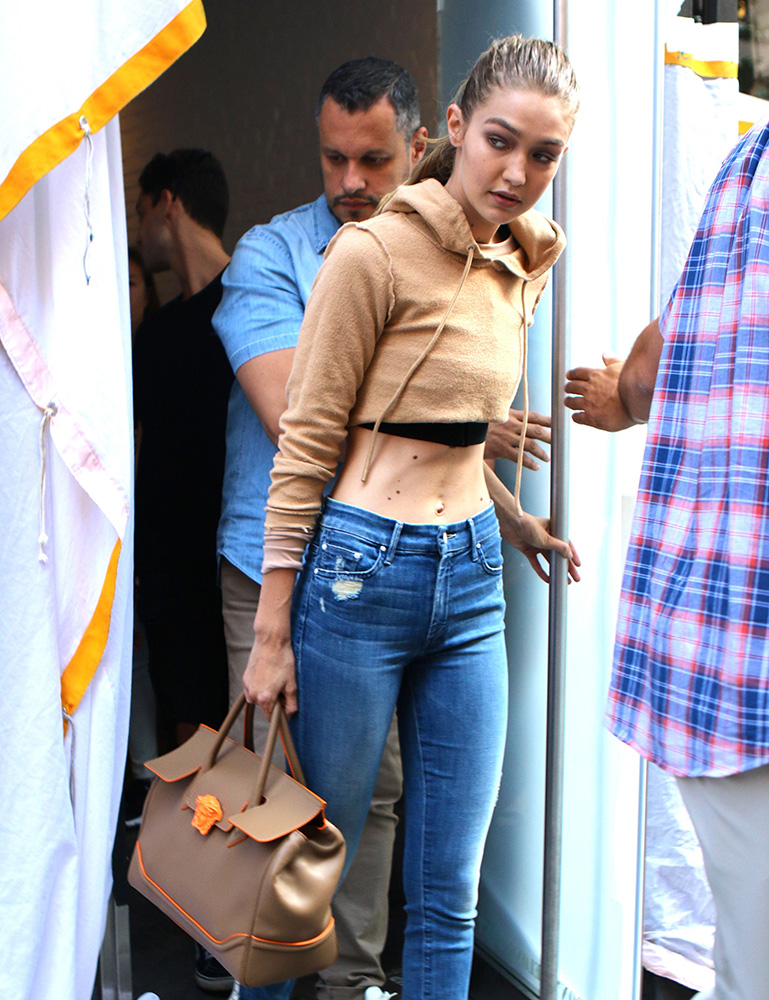 Here’s Kourtney Kardashian, heading in for a casual night at The Nice Guy with her black Birkin. Remember when we all found out Kourtney was hooking up with Justin Bieber? Comparatively, this summer really hasn’t delivered in terms of unexpected celeb trysts. 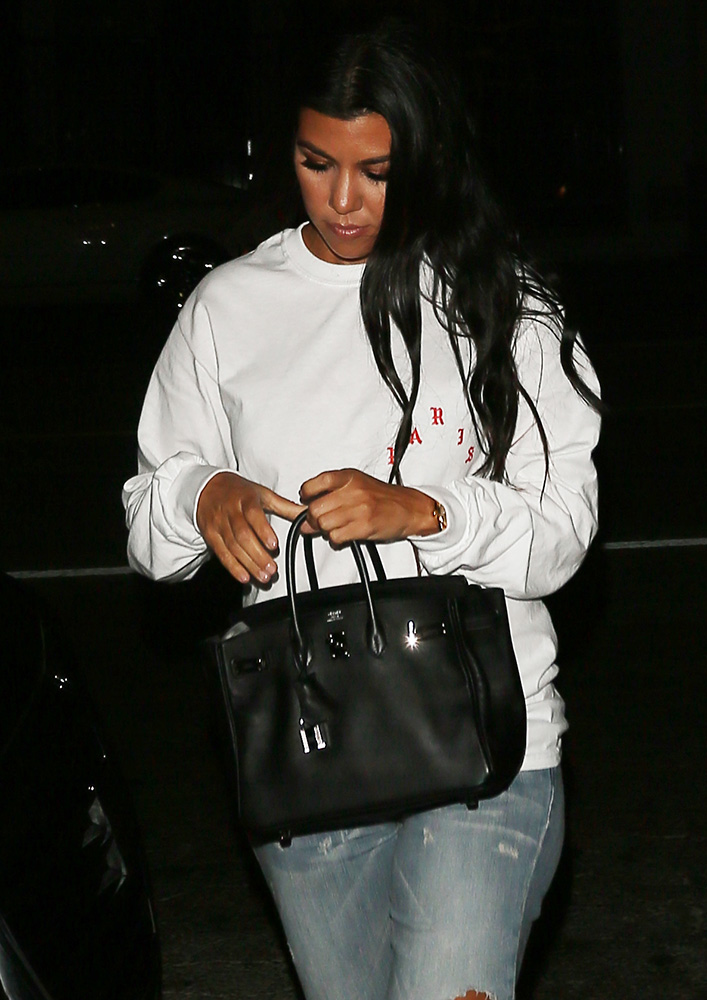 As you might’ve heard, they’re going to do a The Hills reunion show pretty soon, so get ready to see a lot more of Kristin Cavallari and all your fave reality stars of the aughts. Paps recently spotted Kristin leaving Nine Zero One Salon in West Hollywood with her son. She’s been carrying this exact style of Chanel bag for ages. Like, maybe even since Laguna Beach? 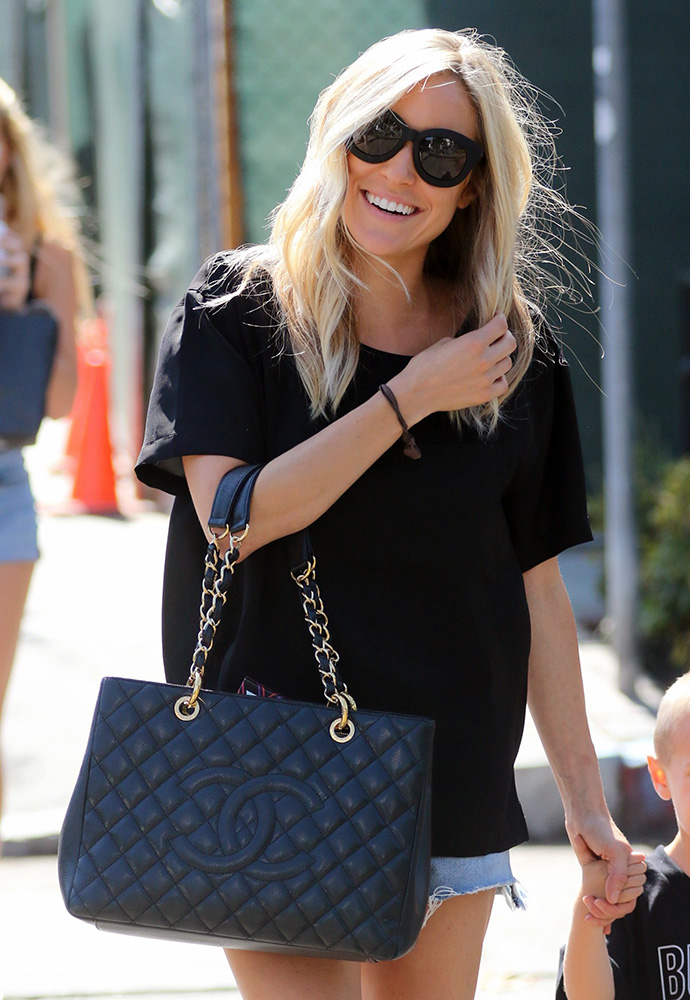 Here’s Lily Aldridge, leaving an NYC hotel with an extra sleek, black leather version of the Givenchy Antigona. This isn’t the first time that I’ve noticed that Lily’s Givenchy bags seem to be far more well cared for than most. 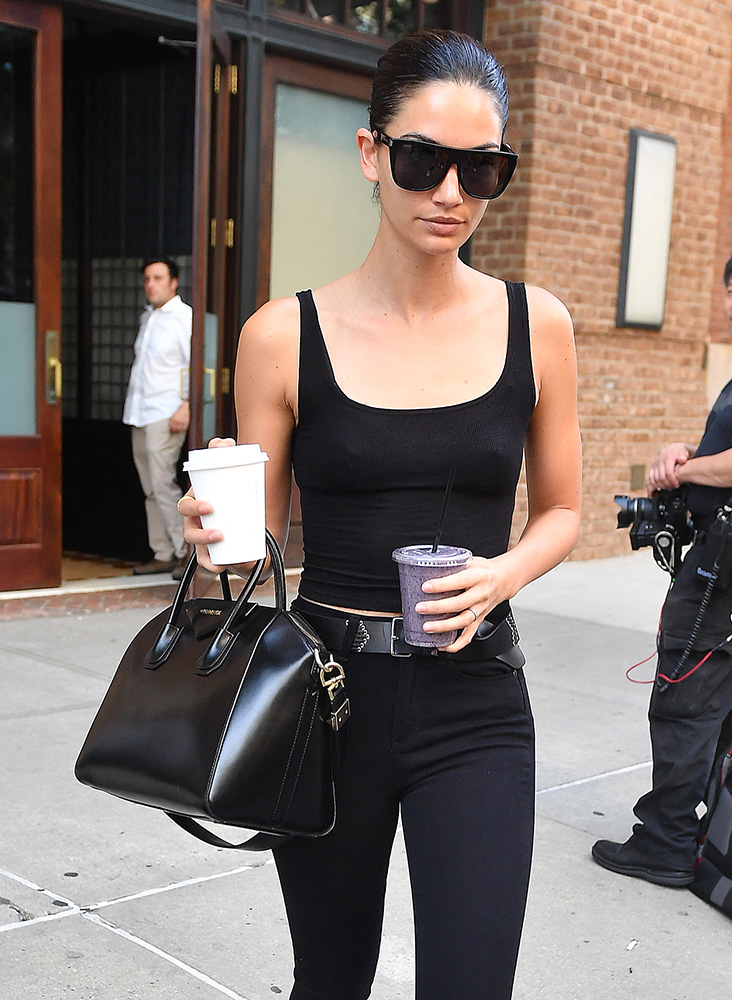 Finally, we’ll leave you with a double dose of Margot Robbie, who is finally doing a press tour for the long anticipated Suicide Squad movie. She’s seen here leaving her NYC hotel to do a little press with a Gucci GG Shoulder Bag. Her ruffled floral dress is also Gucci. 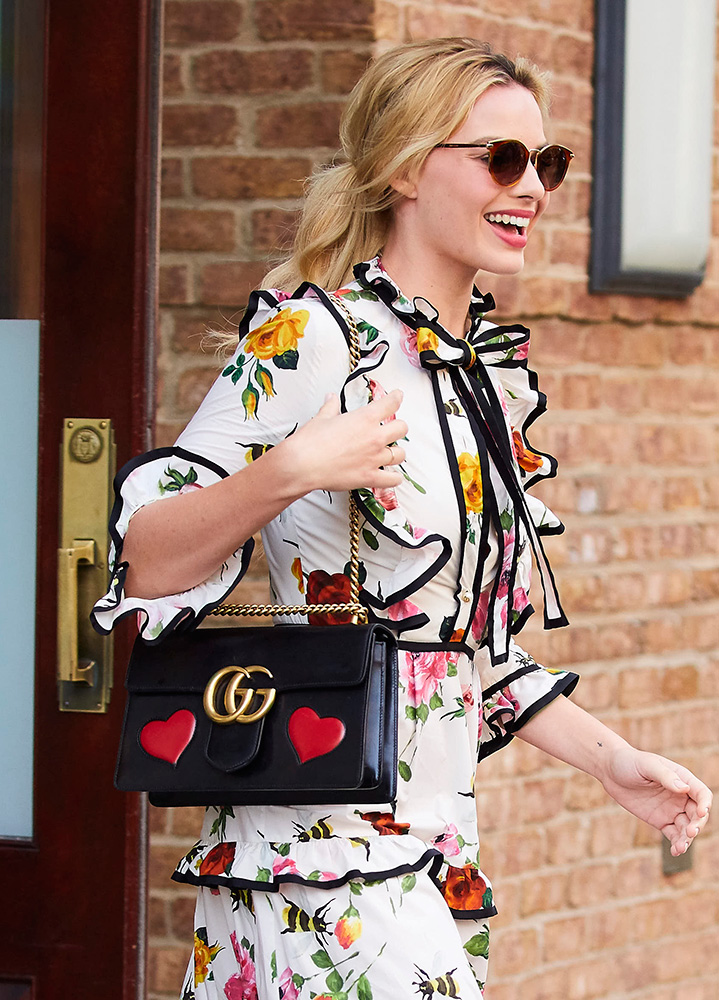 And here she is again switching into evening attire for dinner at Cabanas at the Maritime with a few of her costars. She’s switched out her big Gucci Bag for a chic Saint Laurent mini. Or “Baby,” if you will. 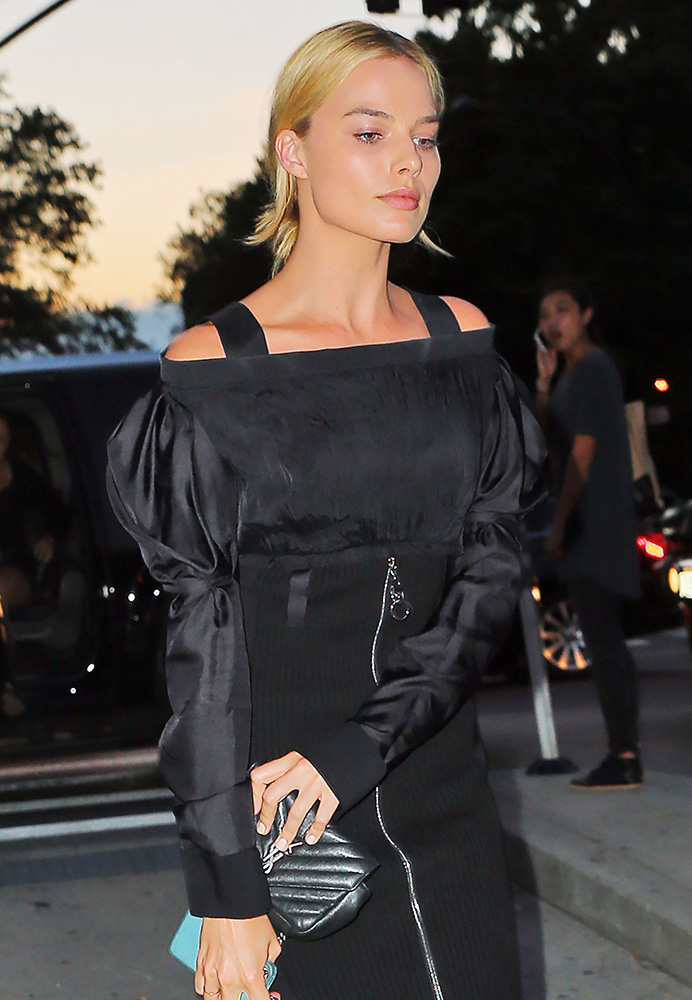 I’m in love with the Gucci bag #7 sans the red hearts of course.

Gigi’s Versace is gorgeous, love the orange with the nude.

I have Gigi’s Versace bag! I got one of the last ones on Skyler, the fashion weather app. They had 2 left on there. It’s a very hard to find bag with the orange accent.