Celebs Make Mass Exodus Out of LA with Bags from Givenchy, Balenciaga and More 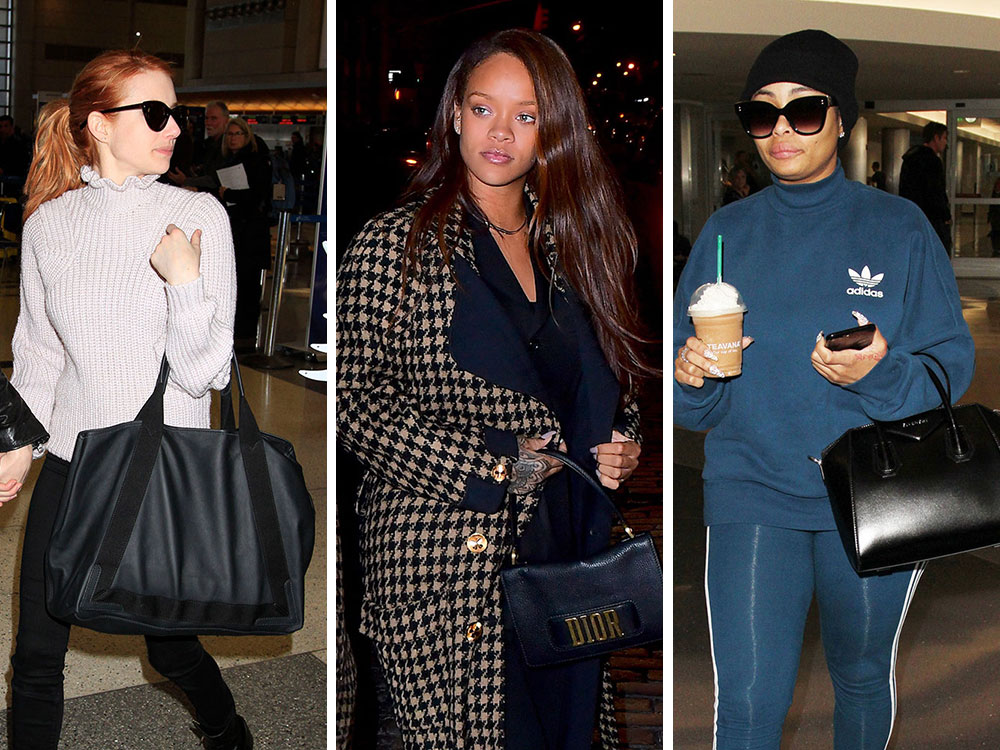 Awards season is over, international fashion weeks are afoot–all good reasons to get the heck out of Los Angeles. A dazzling amount of celebs passed through the gates of LAX last week, and the airport paparazzi were definitely working some serious overtime hours. Say goodbye to several of these sophisticated celebs, because they certainly won’t be resurfacing until next November. And say a boisterous hello to others, because they were probably hoping you wouldn’t recognize them. We see you, Blac Chyna.

Here she is, at LAX, as promised. Frankly, I’m curious how they knew it was her. This is a pretty good deep cover game for Blac Chyna, if it is, in fact, Blac Chyna. She’s carrying a sleek n’ chic new Givenchy Antigona. 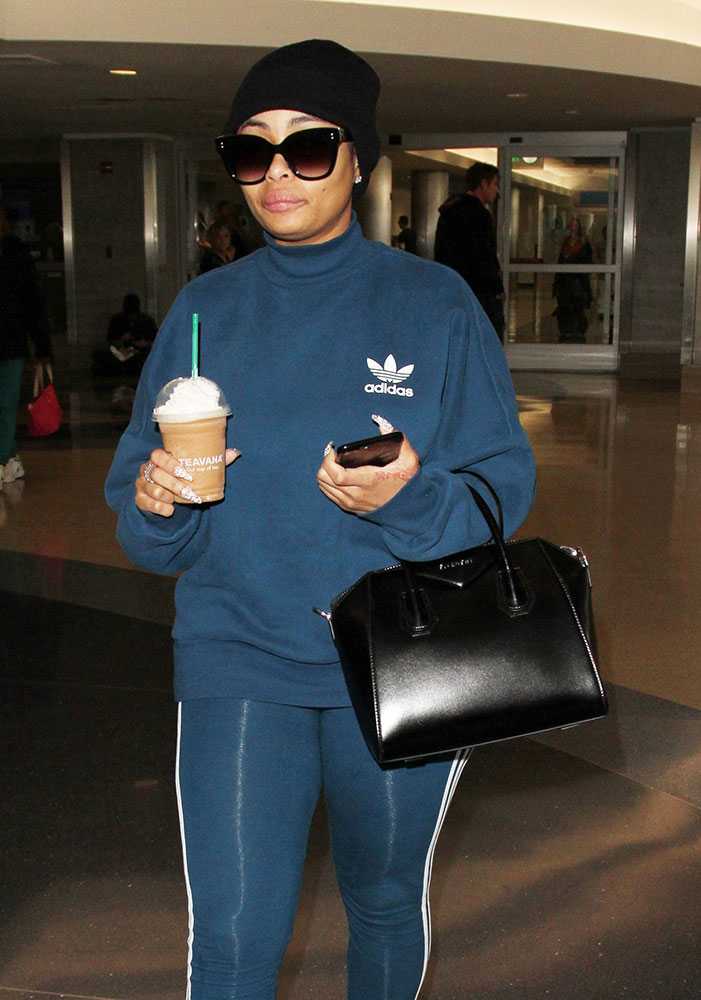 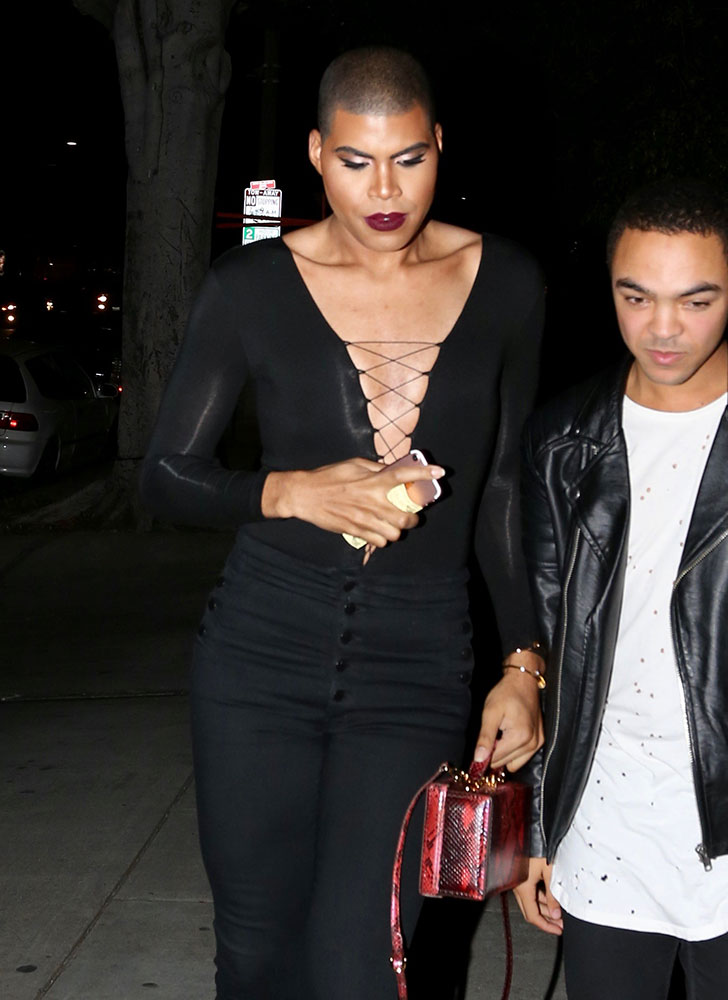 Emma Roberts is red-headed once more! She was also recently spotted at LAX with this large Balenciaga Leather Navy Cabas Tote. 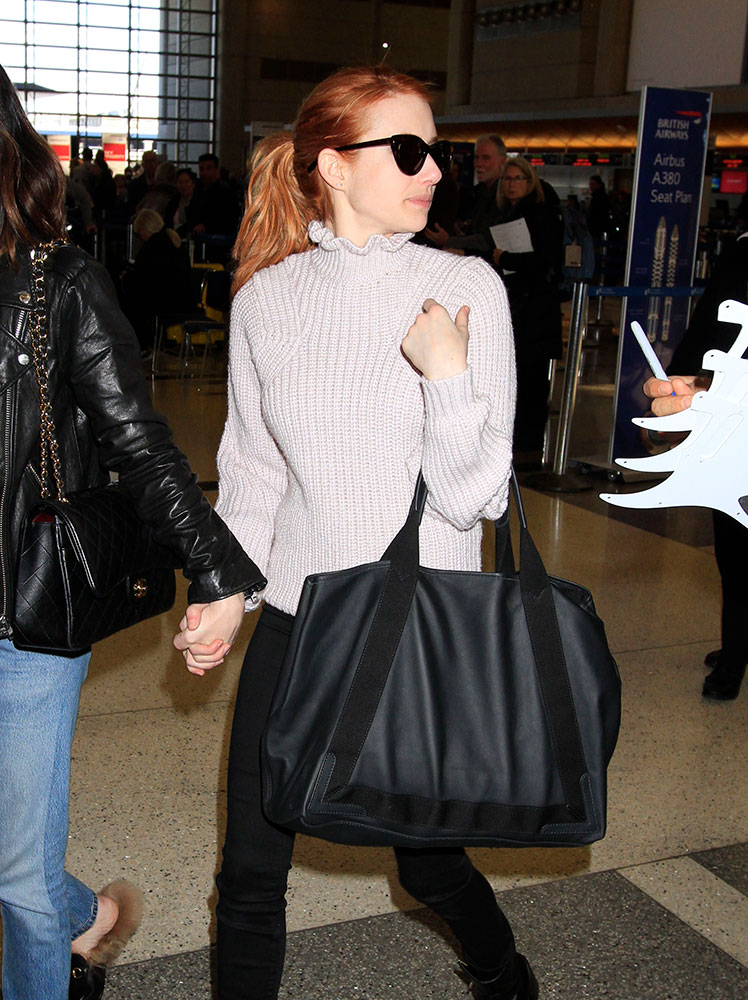 Legendary French actress Isabelle Huppert is probably relieved to be getting back to France, honestly, after that mess of an Oscars ceremony. She chose this lovely, supple, brown leather Roger Vivier Miss Viv Cabas Bag for her return trip to LAX. 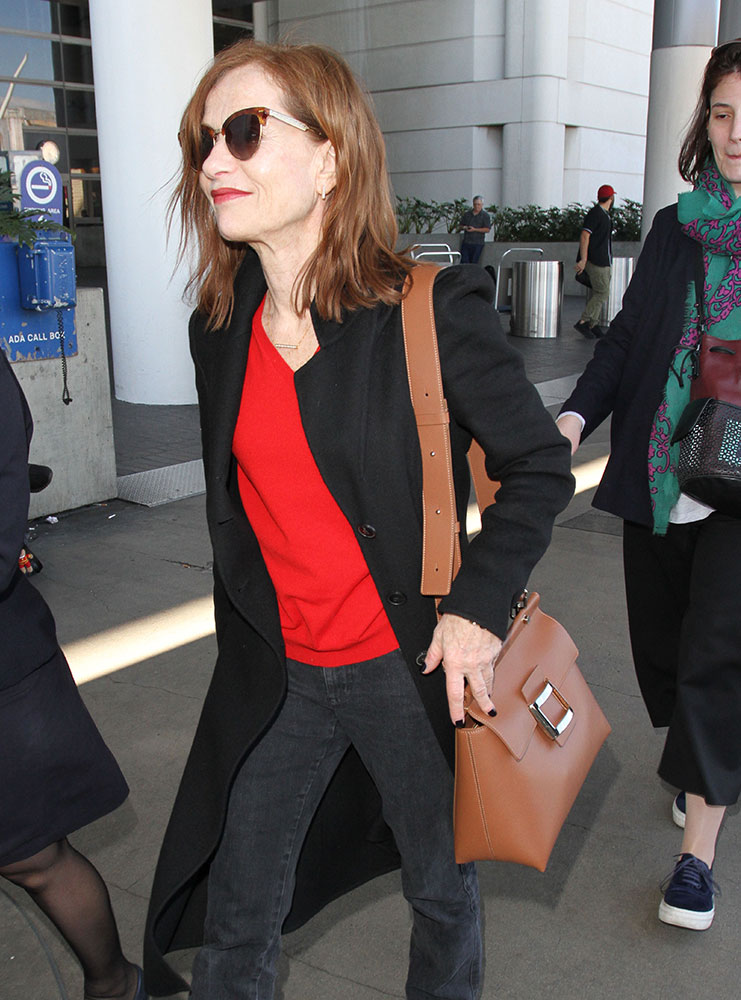 Stars: they’re all leaving LA. Some may be headed to Milan, some may just be taking a much needed vacay after awards season. Kate Upton also make the trek through LAX with one of her all-time fave bags: this Bottega Veneta Messenger. 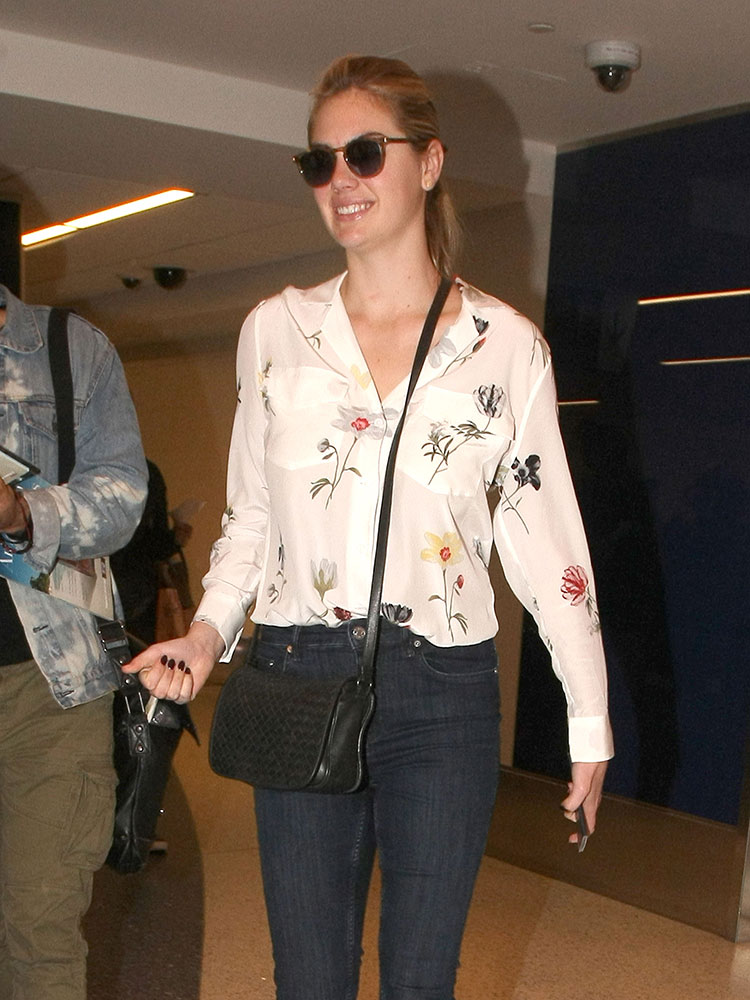 Note the date and time, because this is probably the only time you’ll see Kim Zolciak carrying something that isn’t Chanel. She’s also at LAX, of course. 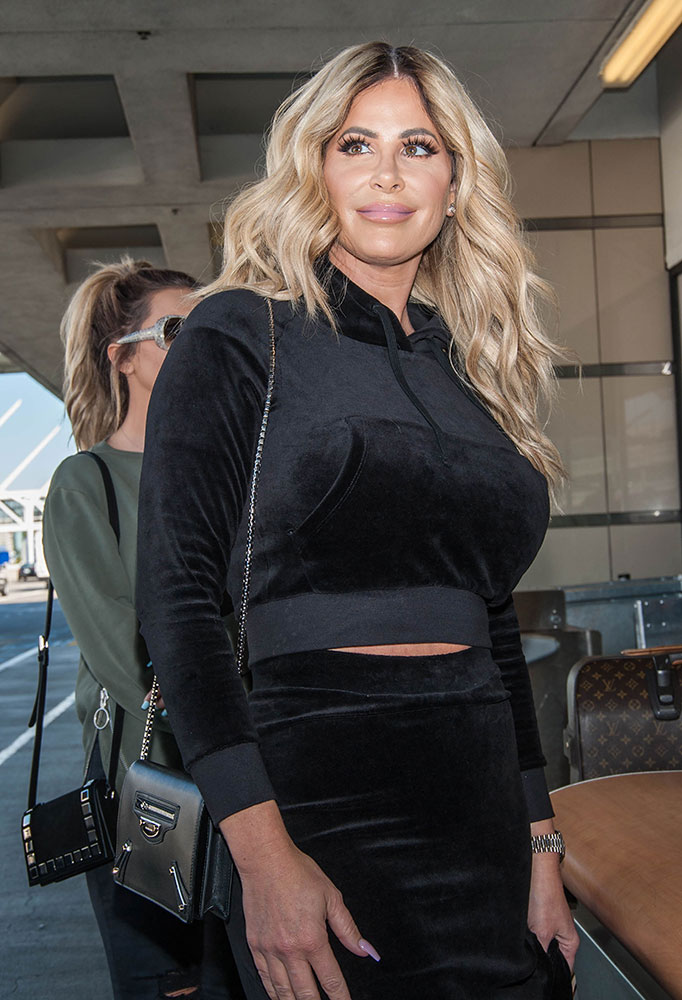 Rihanna was NOT at LAX last week, she was in fact in NYC, wearing this houndstooth coat and carrying a well-branded Dior Top Handle Bag. 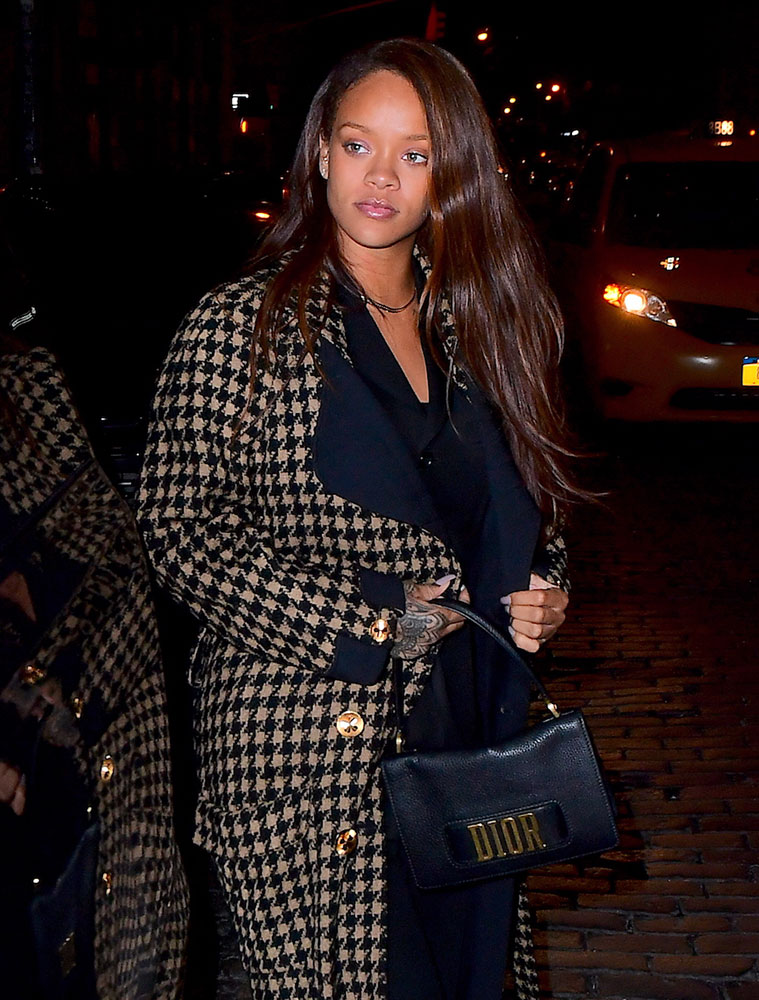 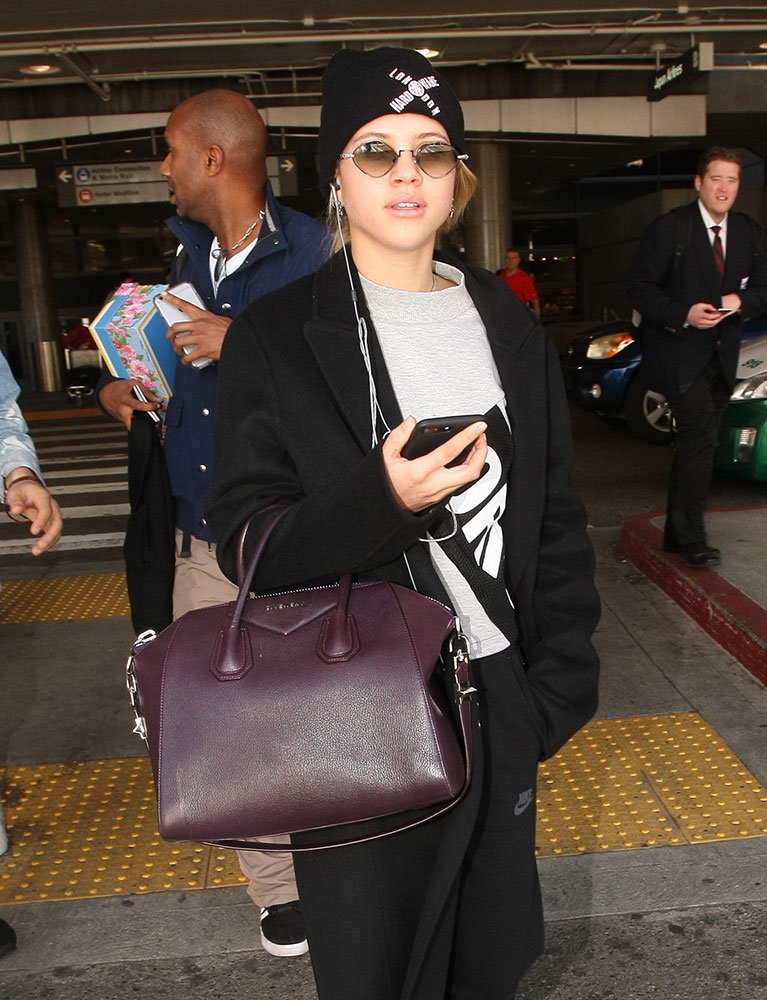 Kim Z looks no different than she always does, so yeah, your right.
Rihanna is always beautiful but yes, she is looking a little hefty.

The Givenchy Antigona bag still looks better than most of the bags posted here. After all these years, it really is a classic design. I need to go invest in one now!