Abigail Breslin Steps Out for Dinner With a Flashy Milly Tote 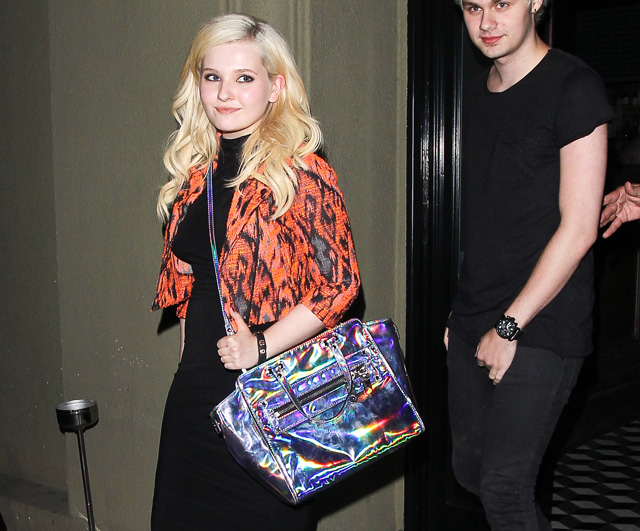 Here's Abigail Breslin, leaving dinner in LA with a person who our photo agency described as a "male companion." (The girl from Little Miss Sunshine is dating?! I can't deal.) She's carrying the Milly Holographic Demi Tote, which Amanda penned an ever-so-slightly disparaging review of a couple of weeks ago. She's not a fan of it because of its holographic flashiness per square inch ratio. I personally don't mind a big, reflective bag, though I admit I'm probably in the minority. Unless you count Louis Vuitton fans. (Jokes, jokes.) You can snatch up this Milly tote for $595 at Neiman Marcus.

I was amused by the opening bit of copy from this bag's product page at NM: "Never misplace your handbag again with this Milly holographic mini tote bag." Too true! This is probably the designer bag least likely to get left behind at a bar, or targeted by bag snatchers. How adorable is teenage Abigail Breslin though, seriously? She throws a serious Mae West vibe. I think it's all of her sassy faces. 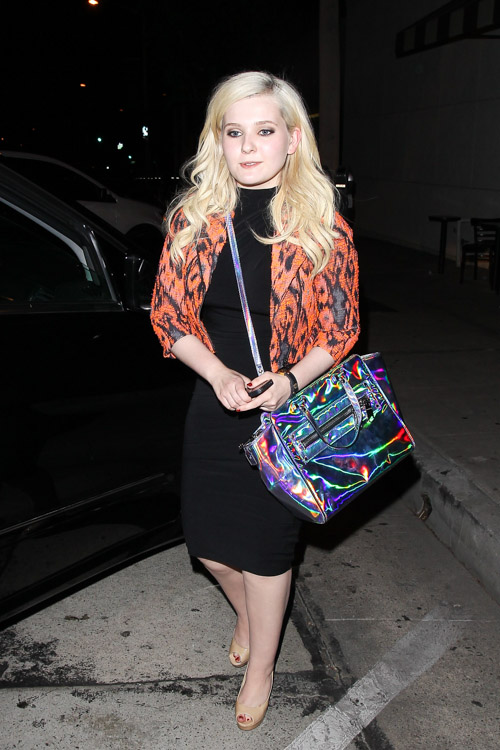 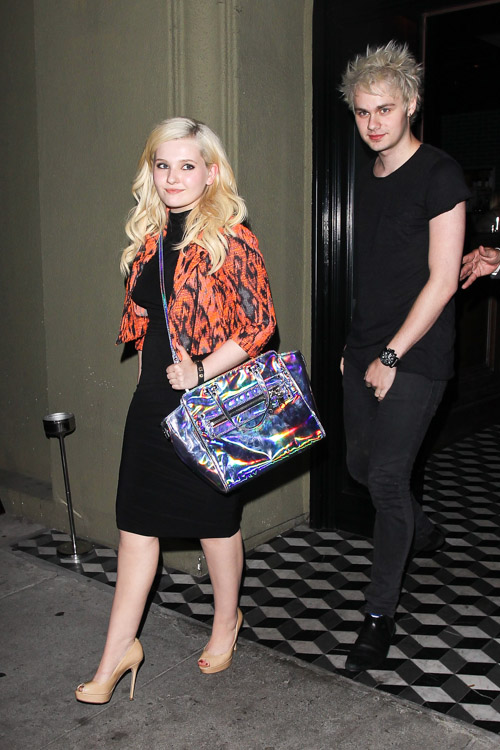 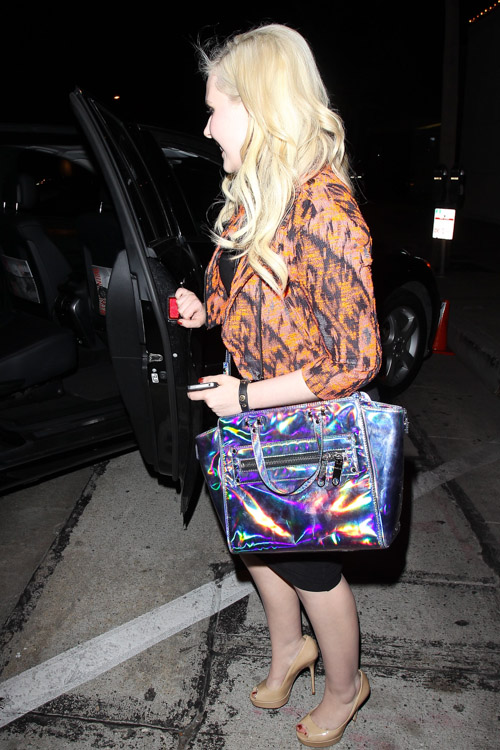 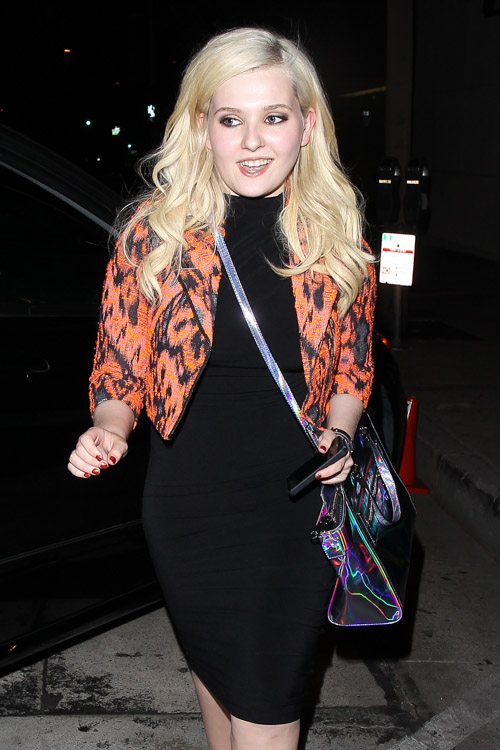