The Classic Balenciaga Moto Bag is Back

But did it ever really leave?
23 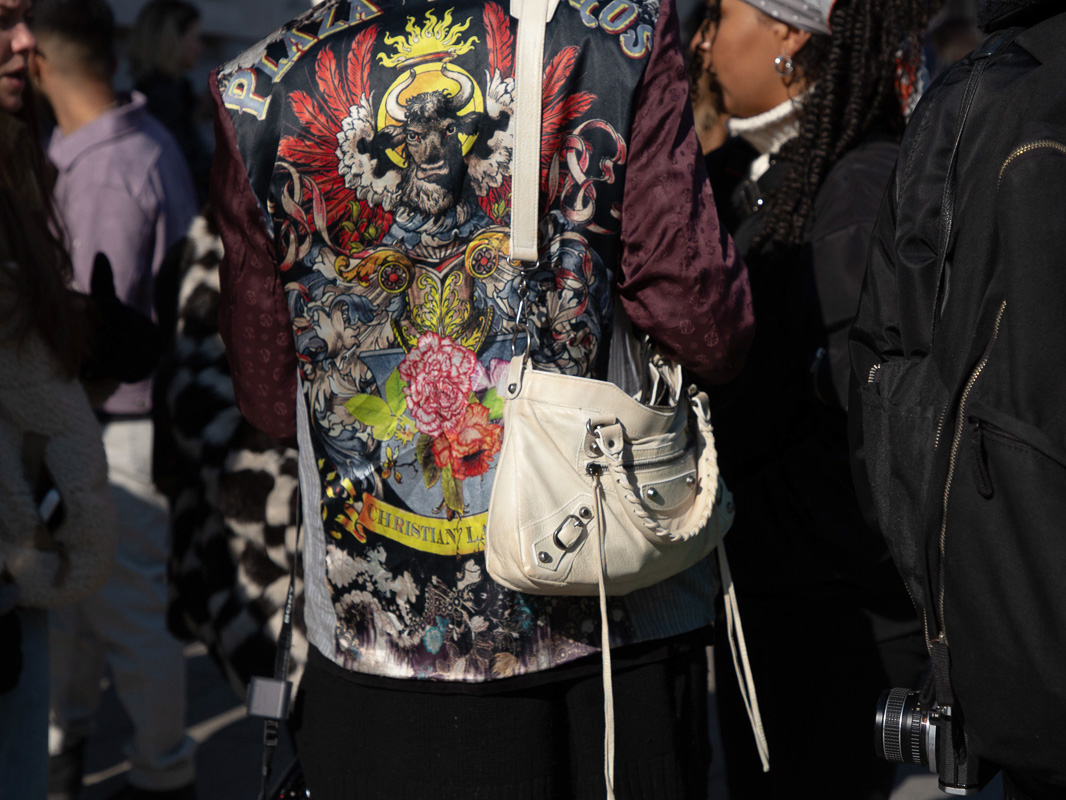 The 2000s were a great time for handbag lovers. Designers were capitalizing on pop culture and the advent of the It-bag era by churning out handbag hit after hit bag hit. One of those hits remained an icon year after year, even when other bags of its caliber had come and gone. You guessed it, I’m talking about the Balenciaga City Bag.

The Motobag by Nicholas Ghesquiere

The Balenciaga City Bag has evolved quite a bit since its original inception two decades ago. The first was called the Balenciaga Le Dix Motorcycle Bag, and it was the inspiration behind countless shapes and silhouettes in an array of sizes. Donned by models and It-Girls galore in the early 2000s, the iconic B Bag has been spotted on everyone from prominent fashion editors and celebrities alike since its debut. Not to mention bag-obsessed Balenciaga fans clamoring to get their hands on special colors season after season (no one does color like Balenciaga!). 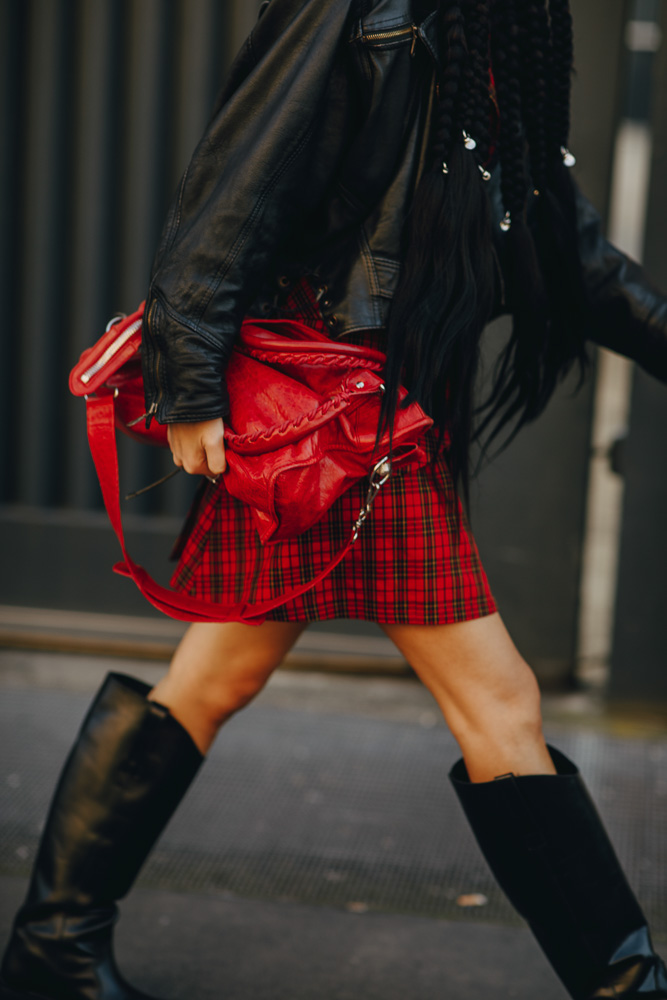 While the Balenciaga City Bag never really left, there’s no doubt that B’s Moto bags are seeing a resurgence. This comes on the heels of new iterations from the brand’s now-creative director, Demna Gvasalia, which have helped to revive the iconic moto-style bags that Balenciaga is known for. The prevalence of these bags, both new and old, is impossible to ignore, with more and more of them spotted out in the wild both during fashion month and beyond. Not to mention, the brand has also seen financial success and incredible growth on the heels of the City’s 20th anniversary.

For fall 2020, Demna Gvasalia introduced the Balenciaga Neo Classic, which takes some of the brand’s most recognizable house codes and reimagines them in a way that is both modern and yet an ode to the past. This reimagination has made one of the handbag world’s most classic It-Bags feel like “It” all over again. The Balenciaga City has and continues to stand the test of time, and it’s one of those rare gems that, while its popularity does ebb and flow, can remain a staple in any handbag lover’s rotation.

So whether you snag a Bal Moto bag, new or old, the purchase is likely one that will remain part of your rotation for years to come. 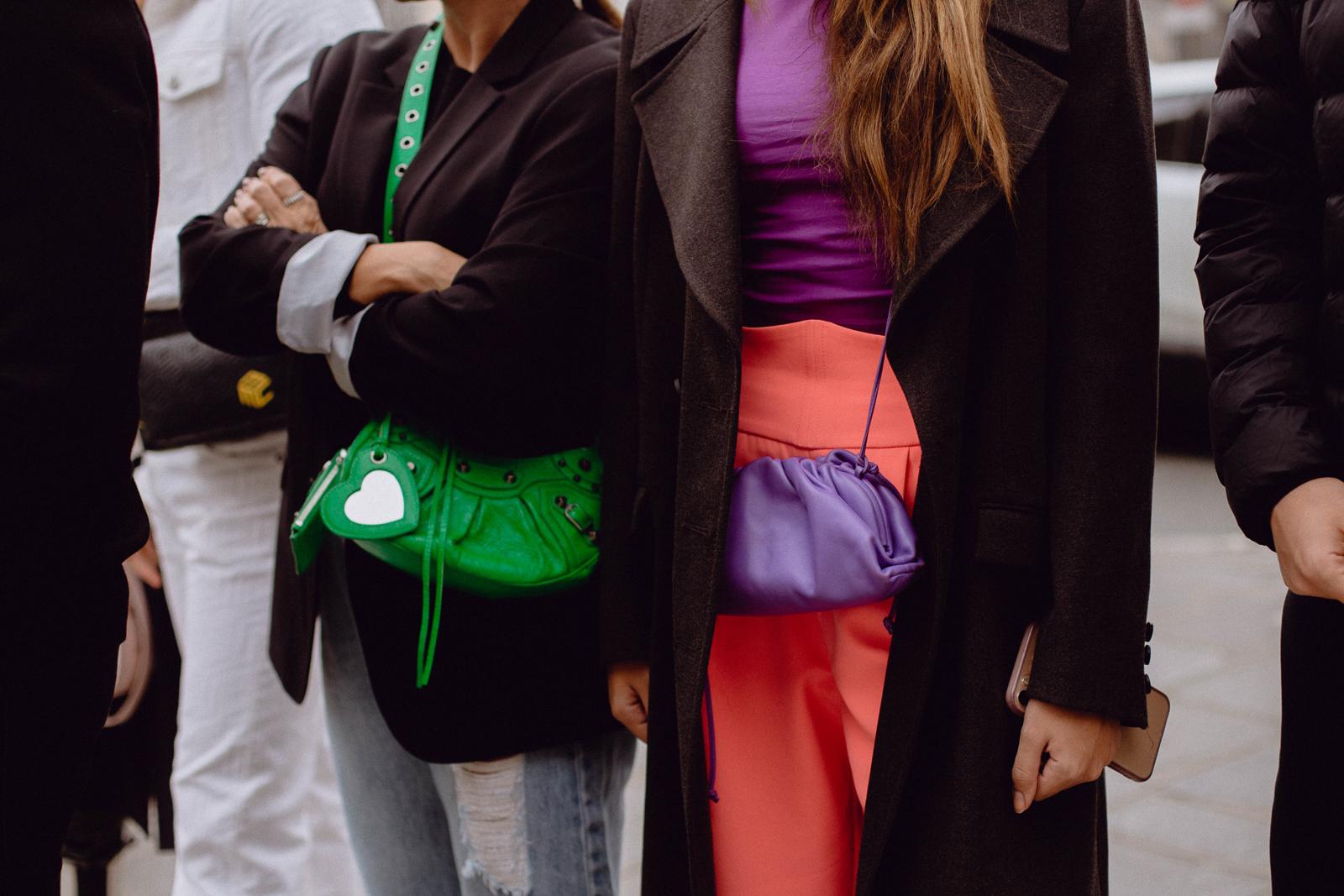 This was always my dream bag and it’s so funny you make this post today because a year ago today is when I bought one on eBay! 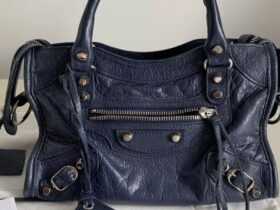 I have this exact bag you’re going to love it!

I love it! I was fairly young when the city was in its heyday, but I always admired it and we’ve been seeing it so much lately I think it’s my time. I’ve been eyeing some on Fashionphile lately! Thinking of getting a fun color like purple, orange, or green.

I’m so happy to see the resurgence of the city bag; I always coveted them growing up! Recently I splurged on the Gucci / Balenciaga hacker project version and its easily become the most practical bag I own size-wise, it seriously fits my whole life inside

I bought mine in 2013 its still like brand new, i’ve been using it since past month , i fell in love again with the size , it is the Balenciaga classic city , classic hardware … its refreshing after using mini handbags last year because of covid

Love the Bal City and I plan to get the mini Neo Classic asap!

I love my Balenciaga. I wanted to buy a new one, but I’m not a fan of the more structured style. I’m on the hunt for one of the metallics in the older version.

Oh yes the metallics love them! Mine is already 9yrs old i have the classic giant city in a neutral color beige brown (i only have 3 neutral colored bags in my collection haha). I bought it full price then i didnt know about buying them on sale from the outlet stores. Resale value is too low so im keeping it. I love the size its always just right and nothing beats the giant studs for me since its already discontinued.

One of the most underrated bags – using my city at the moment and I just love it more everyday ! Such a beautiful bag made with the squishiest of leathers 💗.

So happy to see this! I’m so thankful I never got rid of my beloved early 2000’s era Balenciaga bags. I think I’ll go pull them out and say “hello” to them right now. If only I hadn’t consigned my Dior Gaucho bag(s) and Chloe Edith(s). I’ve already re-purchased Fendi Spy bags that I’d let go many years ago for a fraction of what I’d made off of selling them. Imho, 2005-2007 and around those years were the best bag years for so many designers. Just don’t come for my YSL Muse, Chloe Paddington, Silverado or Givenchy Nightingale bags…

I bought mine in 2013 (still brand new👍🏻) , i’ve been carrying it since past month and i fell in love again with the size … its the Balenciaga classic city with the classic hardware and its refreshing after carrying mini bags because of covid

So glad I kept my Bal collection. These have always been classic

Even though I didn’t like this bag at first, my mom wanted it back in its prime day so I bought her a tricolor one for her birthday. She loved it so much, she wore it almost continuously for several years. Seeing her rock it made me appreciate how stylish and versatile this bag can be. Now I look at it as a classic!