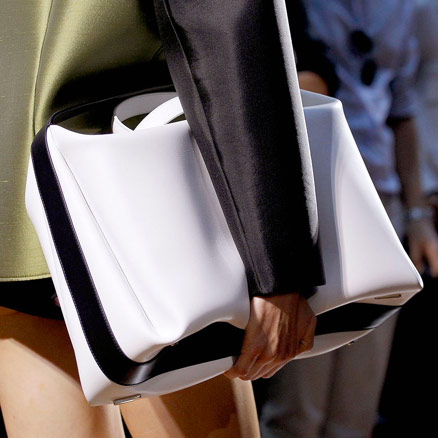 I always feel good about buying a Balenciaga Motorcycle Bag for a couple of reasons, first and foremost because I’ve loved every one that I’ve ever owned. Almost as important, though, is that the overwhelming retail success of those bags makes it possible for Balenciaga creative director Nicolas Ghesquiere to do what he does without quite as much pressure to make a collection that will sell well at retail. He does his best work when he’s at his most conceptual, and conceptual clothes are usually not retail darlings.

I’d encourage all of you to take a look through the entire Balenciaga Spring 2012 collection because, let’s face it, Ghesquiere is that good, but you’ll get an idea of what was going on just from the bags. Half were ultraminimal two-tone shoulder bags and boxy shapes, and the other half were the kind of smallish bags that we’ve come to expect from the accessories industry in general, but with a very Balenciaga twist. Straps and buckles jut out from spots where you don’t expect, creating a counterintuitive look that still functions as you think such a bag should. 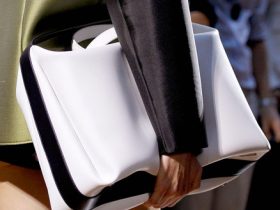 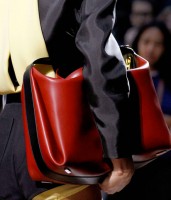 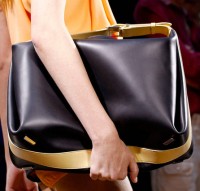 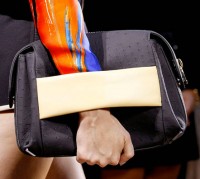 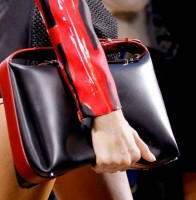 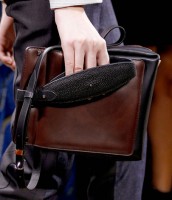 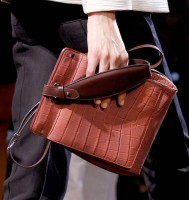 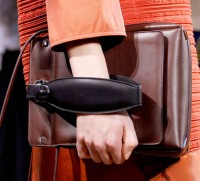 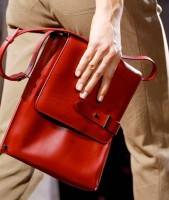 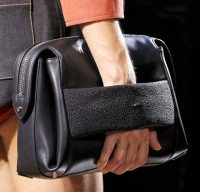 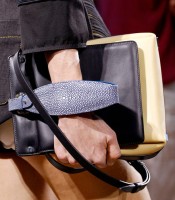