Bags in the Wild

Bags in the Wild, the Oculus Edition!
12 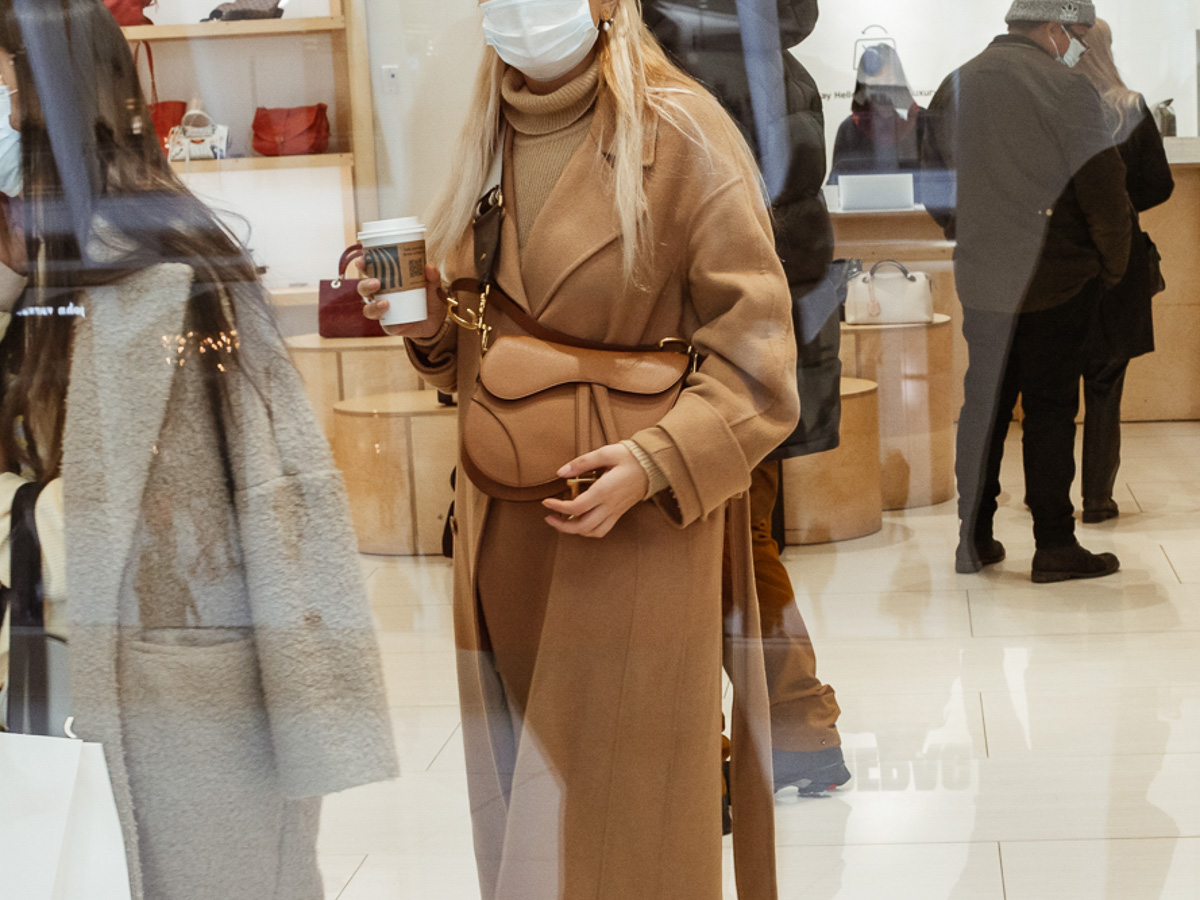 The September 11th attacks are marked as the deadliest terrorist attack on American soil in US History. For those who were alive on that day, it was a day that will forever remain ingrained into our minds. Following the devastating attacks on the World Trade Center in downtown Manhattan, plans were quickly put into place to reimagine and rebuild the WTC and downtown Manhattan. The idea included a transportation hub that was meant to bring business and people back to the area.

Designed by Spanish architect Santiago Calatrava, the large white building with wing-shaped tips reaching toward the sky is intended to resemble a dove leaving a child’s hands. If you’ve ever been inside the Oculus you know that it is a structure unlike any other. Debuting to the public in 2016, the structure is not only a hub for transportation, but it also includes access points to various downtown attractions and the September 11th Memorial & Museum. Additionally, there’s are over 350,000 square feet of retail and dining space, and a visit to the Oculus is unforgettable.

Whether you’re a tourist visiting the Oculus or a native New Yorker hustling and bustling through, it’s impossible not to take in the stunning sunlight that pours in each morning. You can even see the Freedom Tower if you take a look up through the windows. We spent an afternoon in the Oculus to see what bags tourists, New Yorkers, and commuters alike were carrying. Check out a new set of Bags in the Wild below! 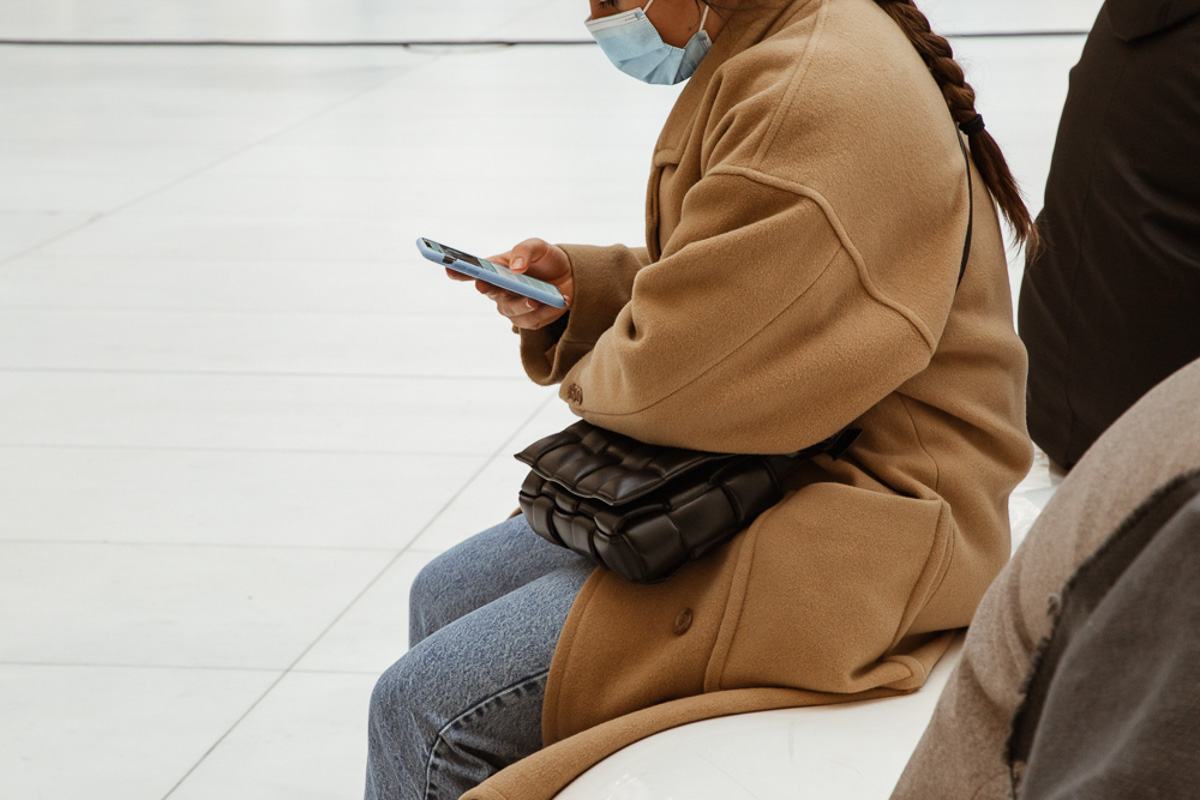 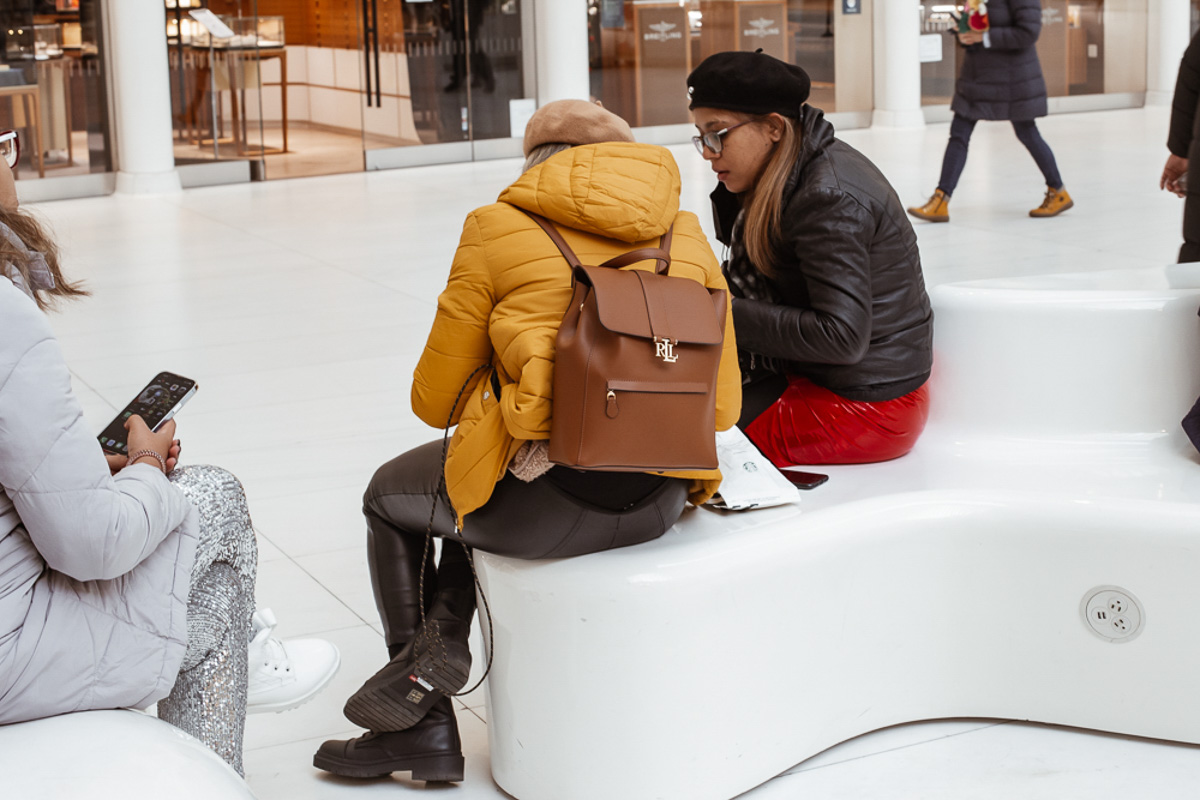 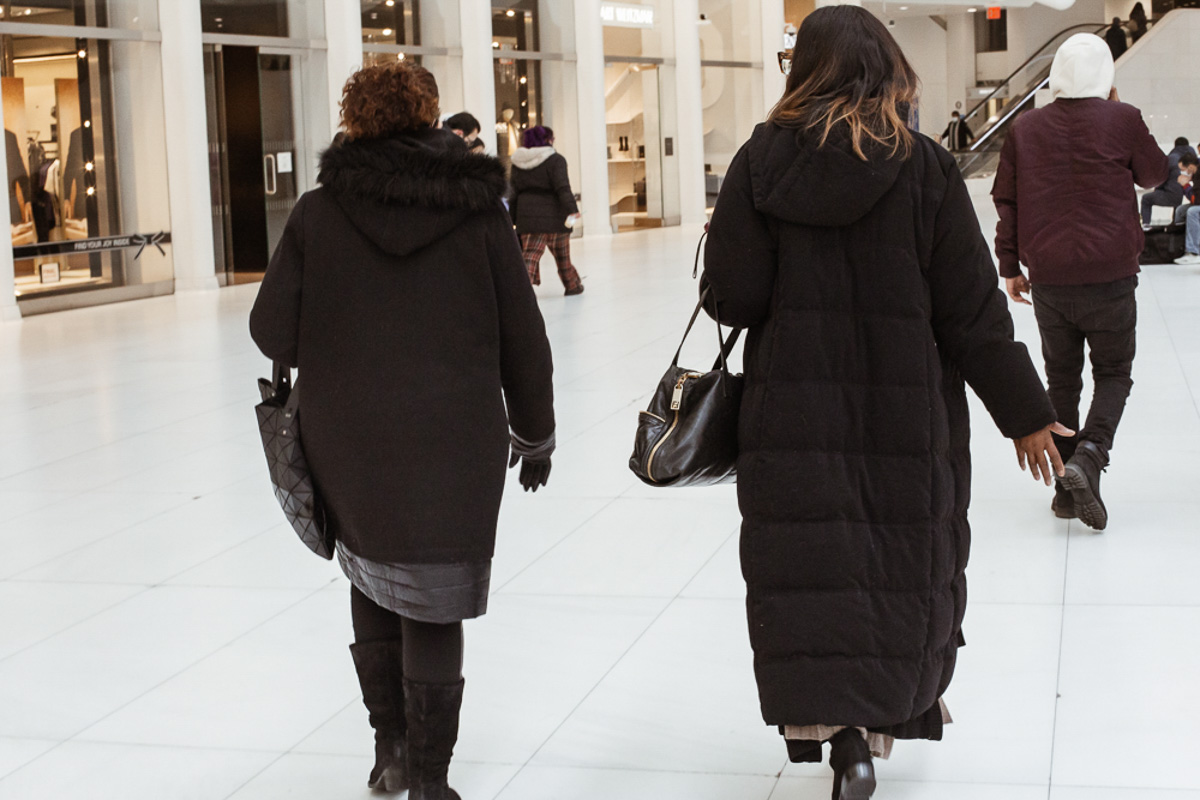 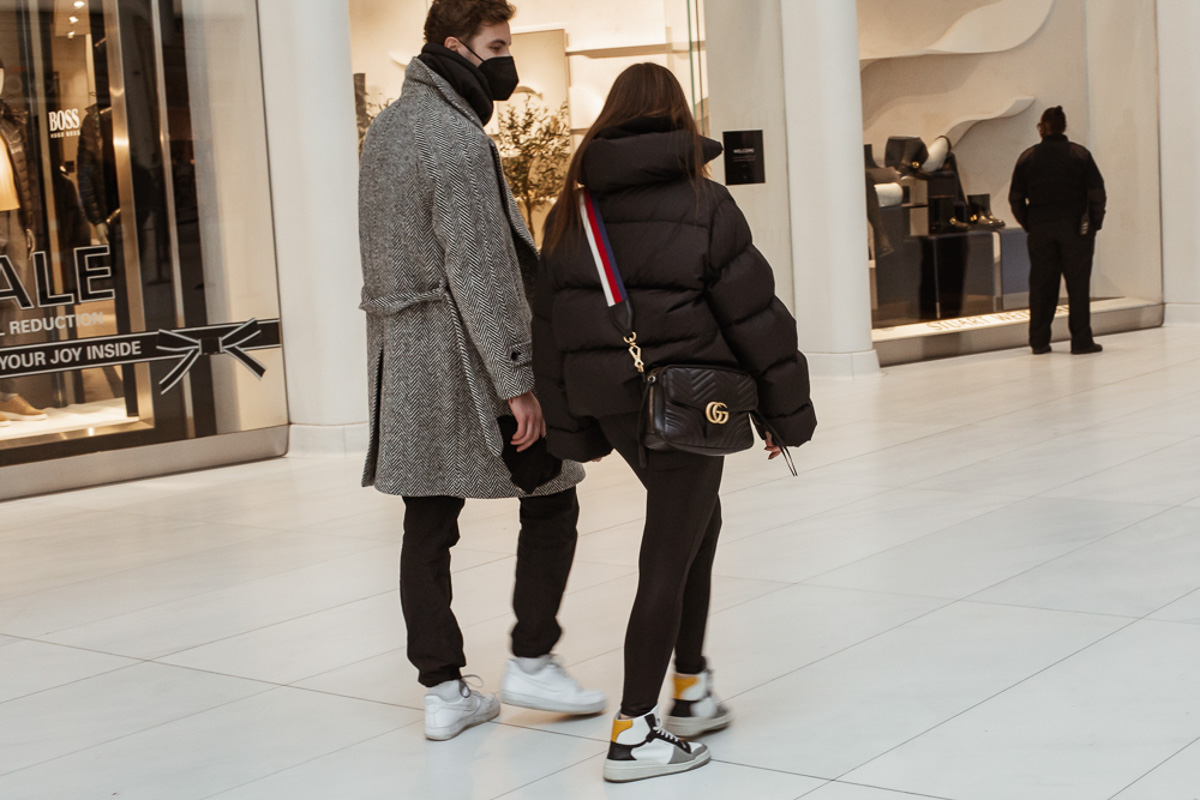 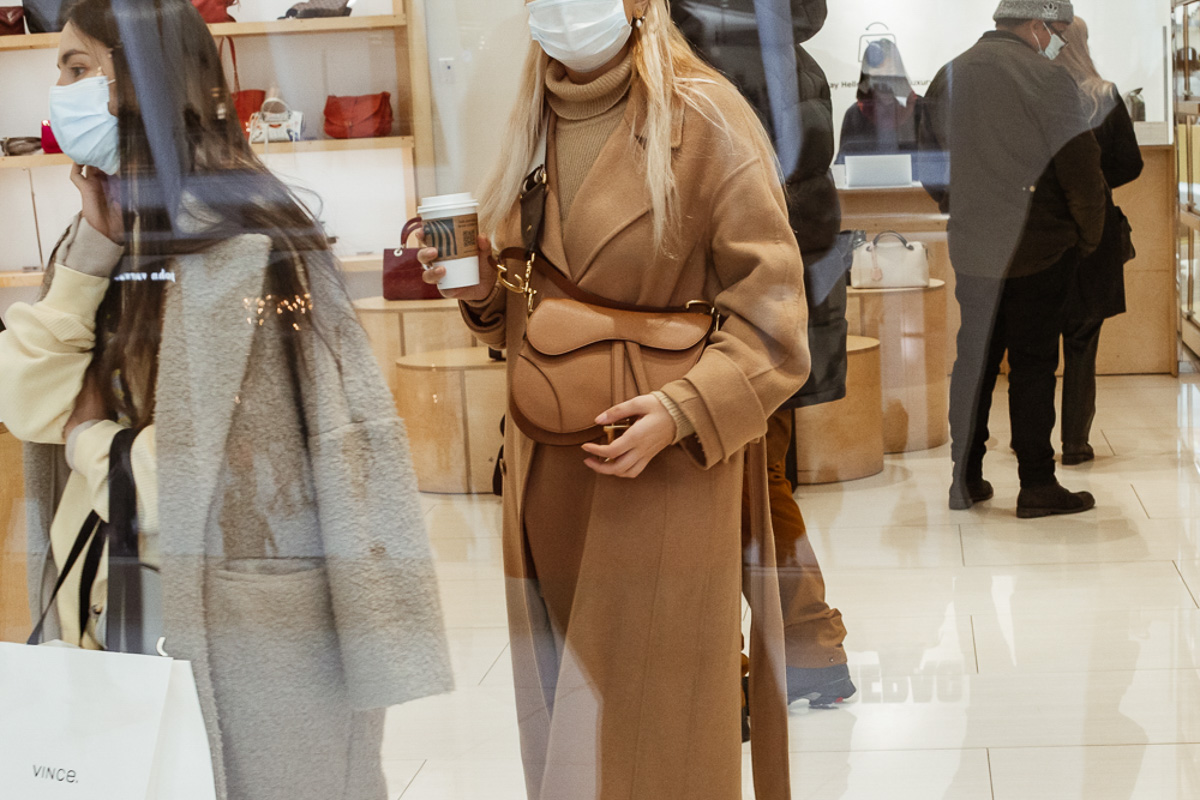 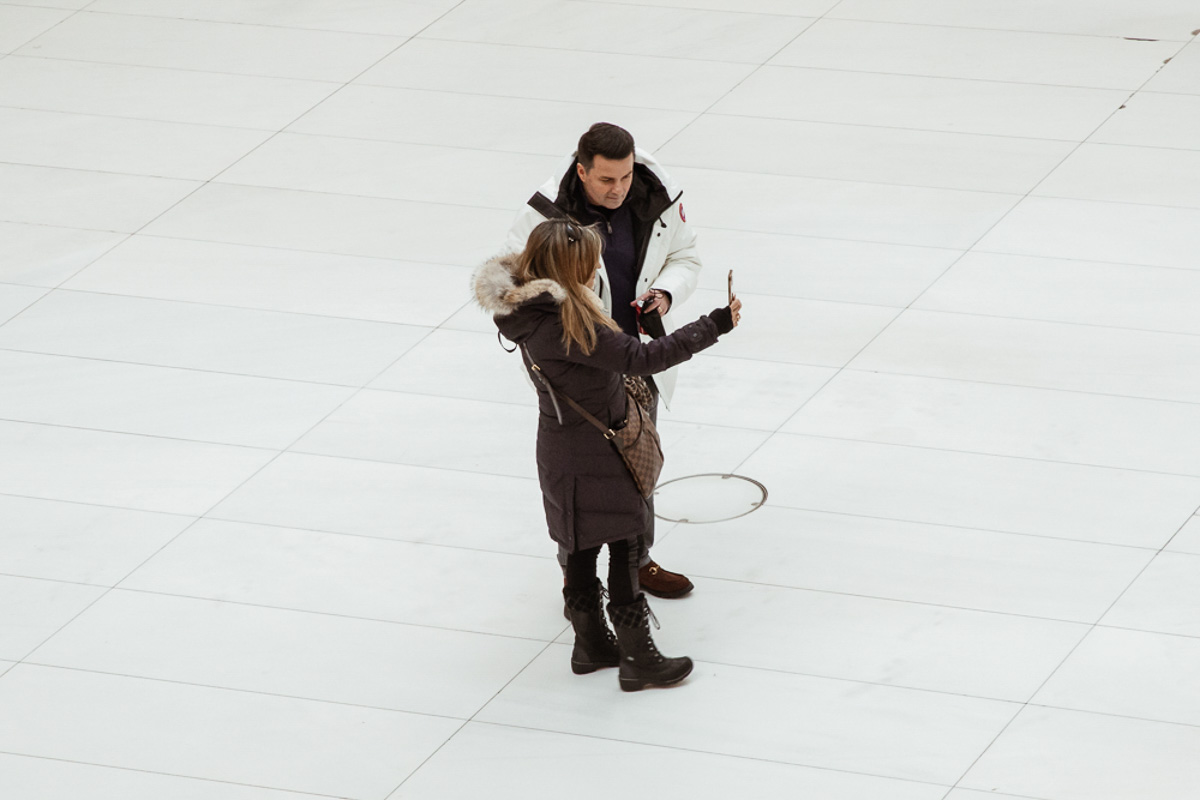 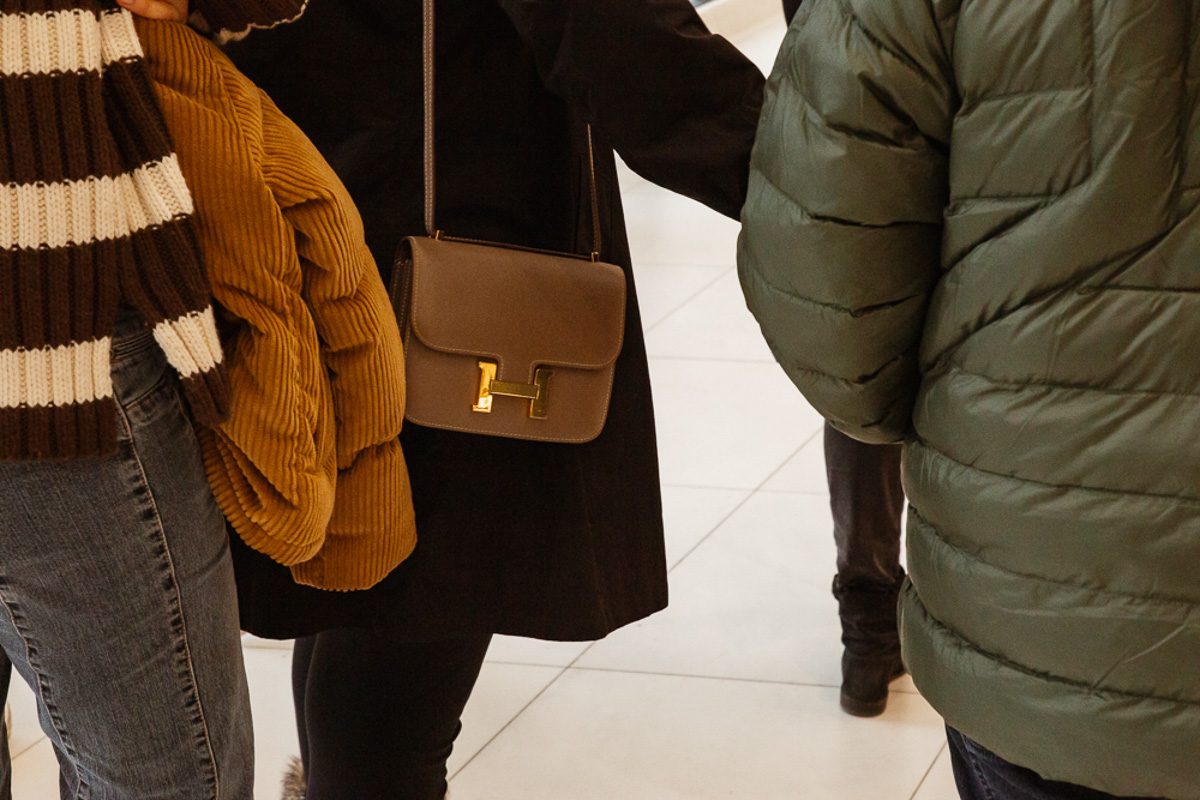 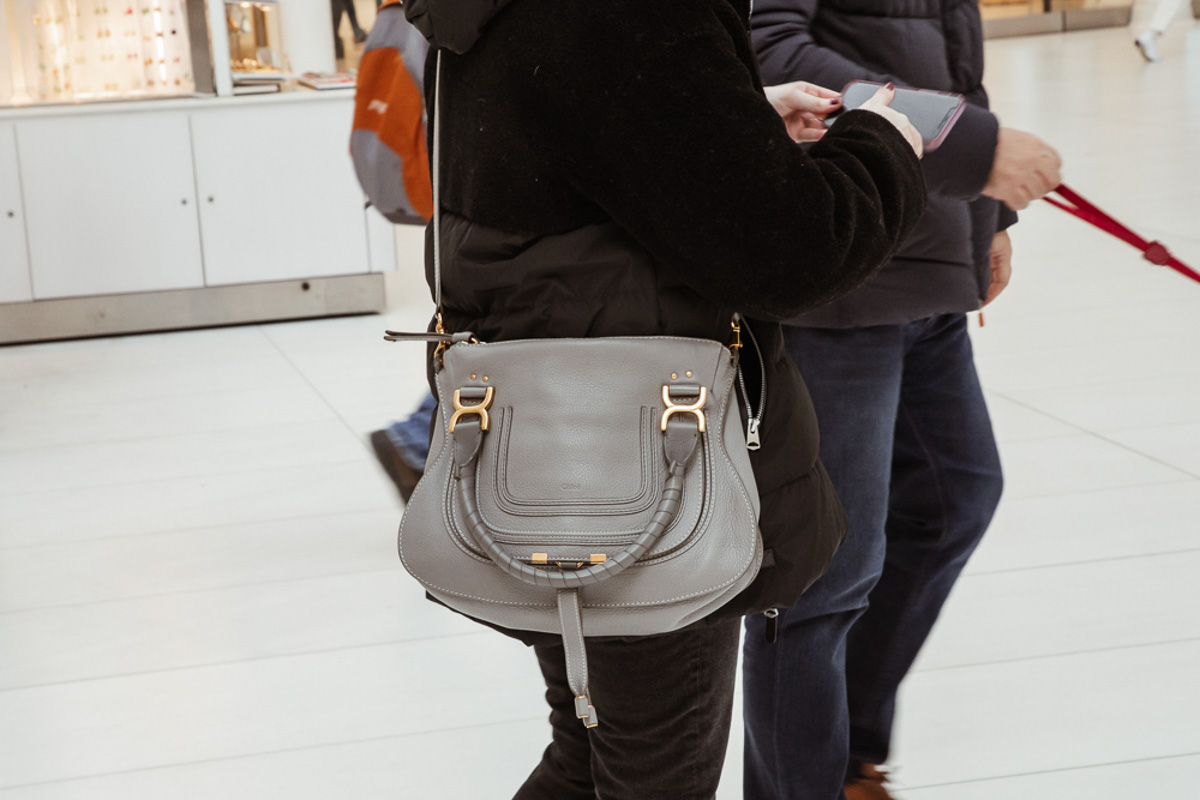 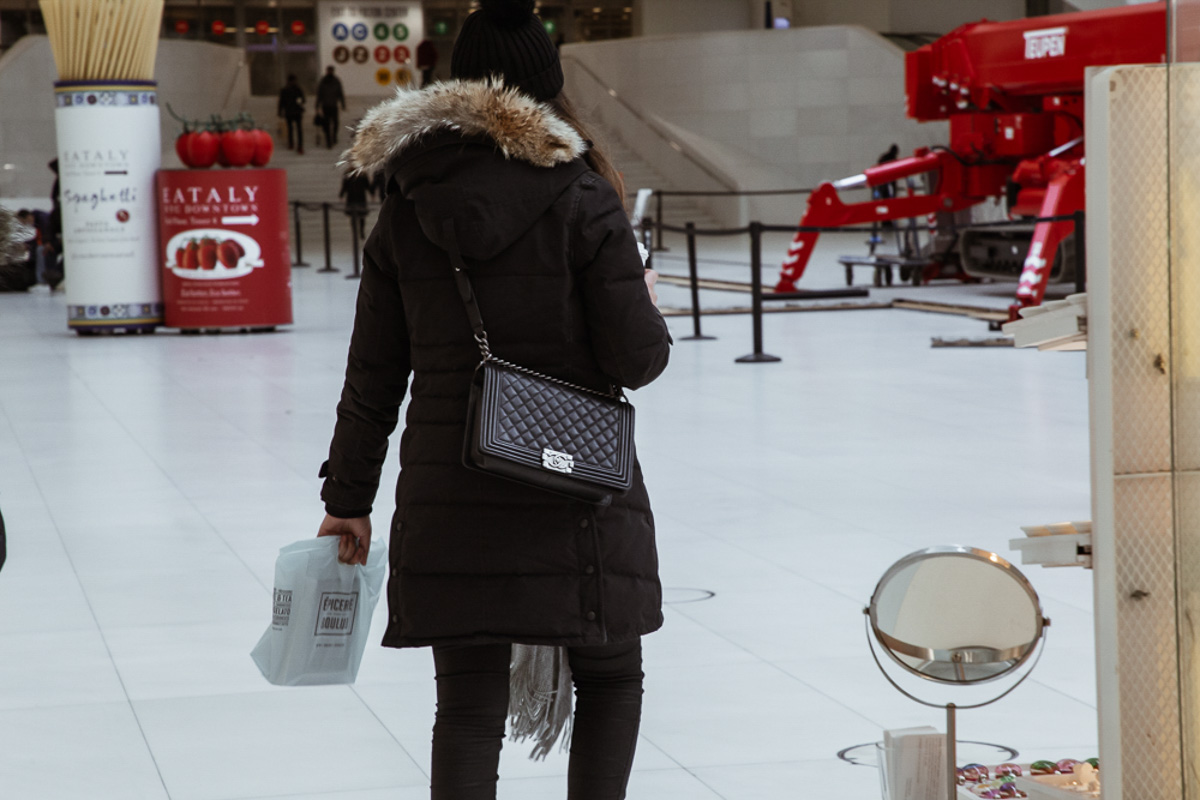 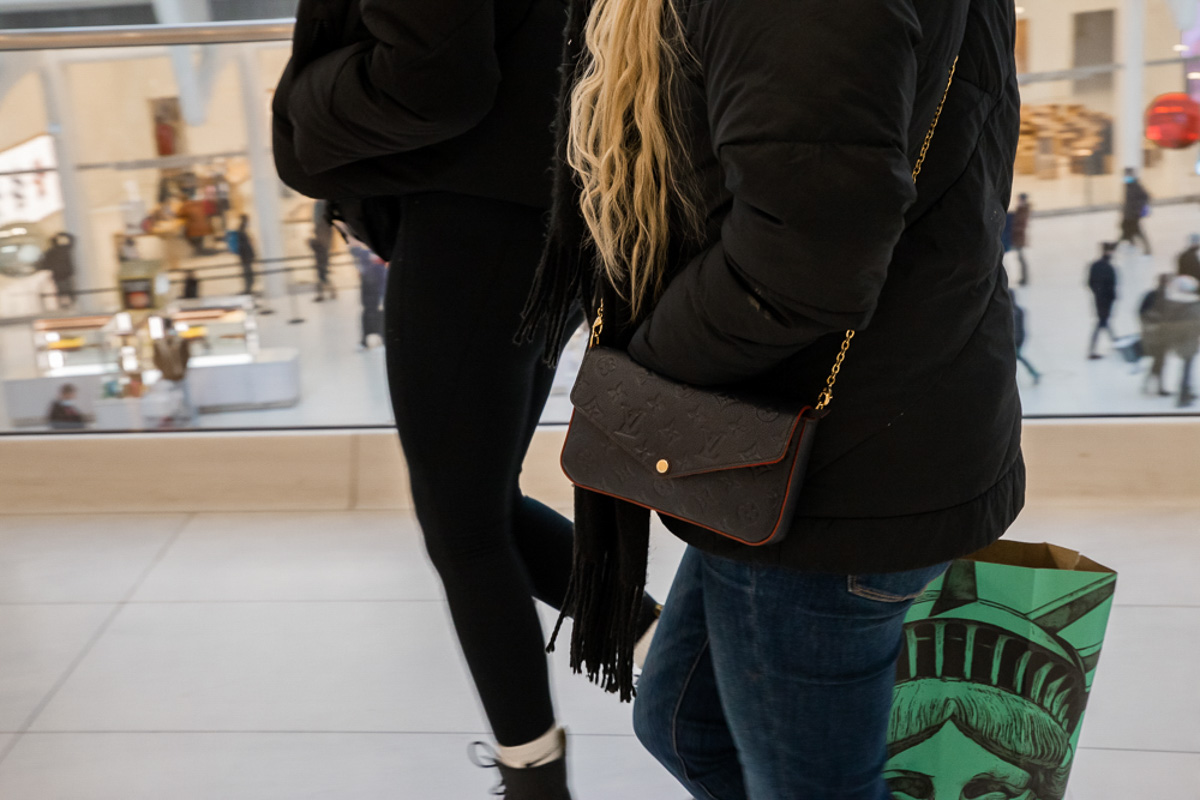 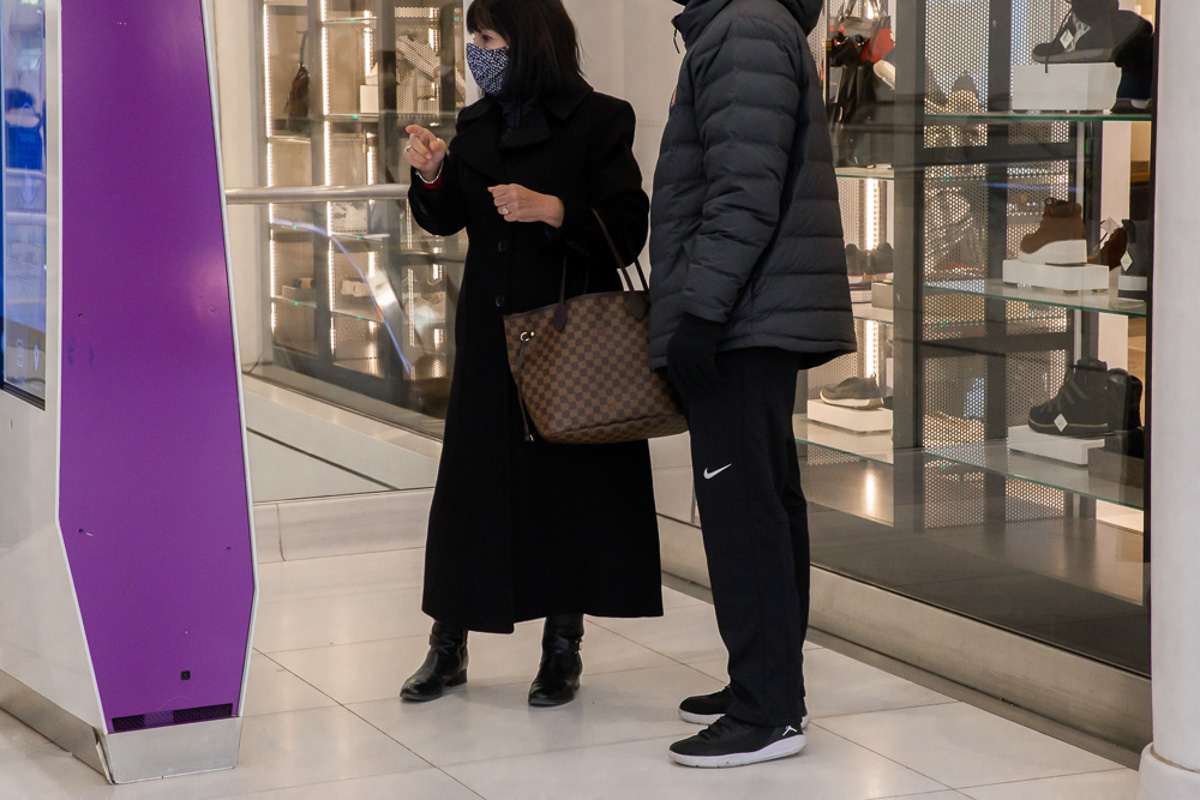 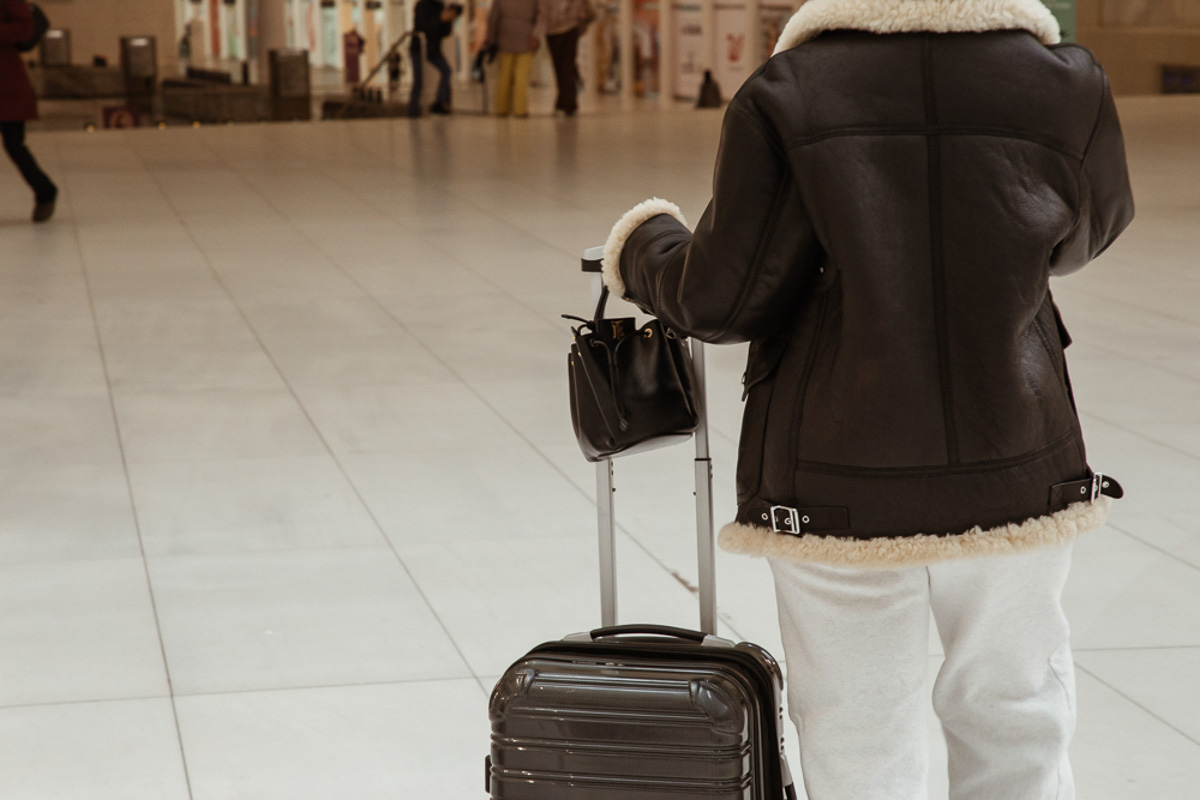 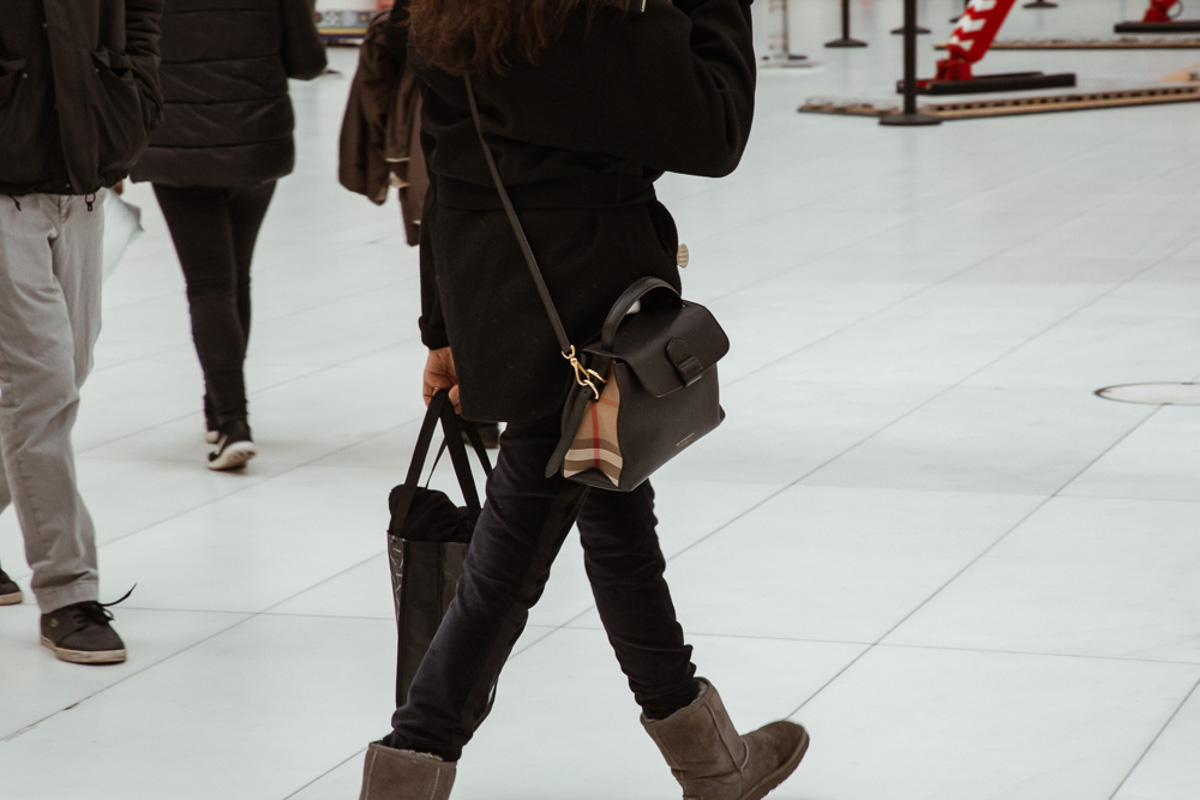 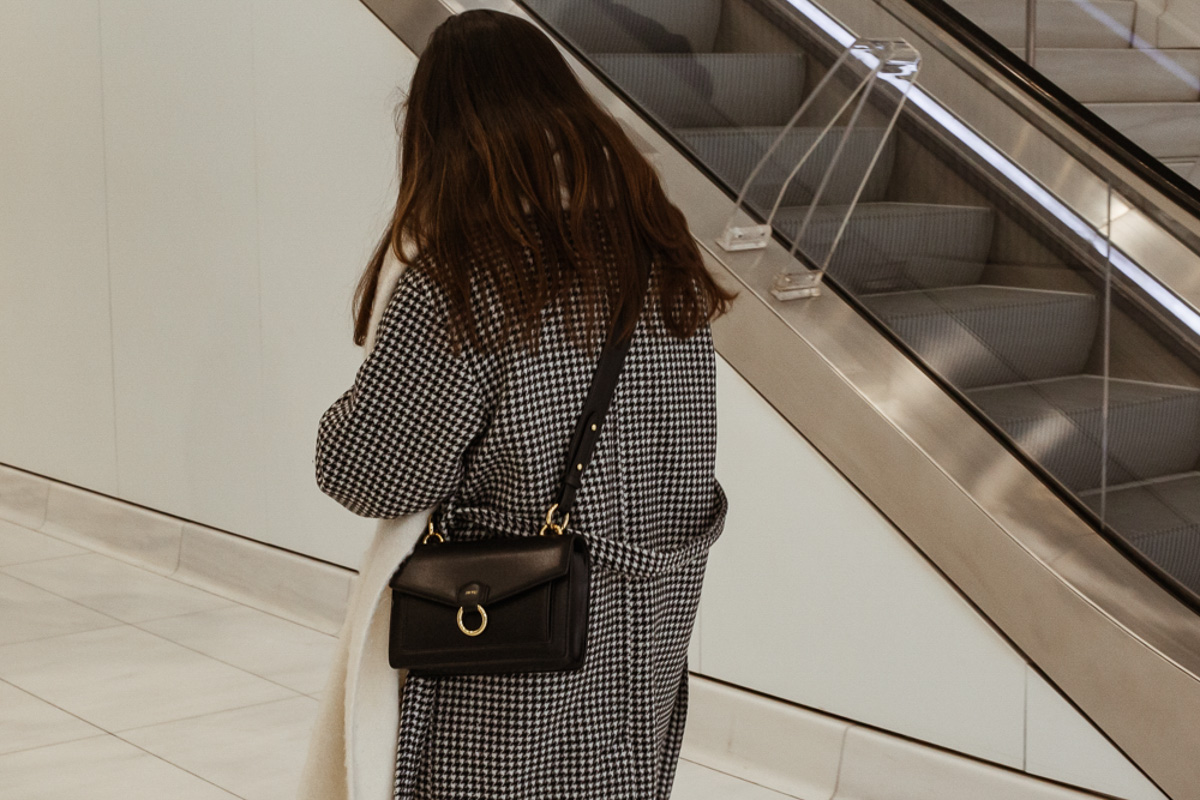 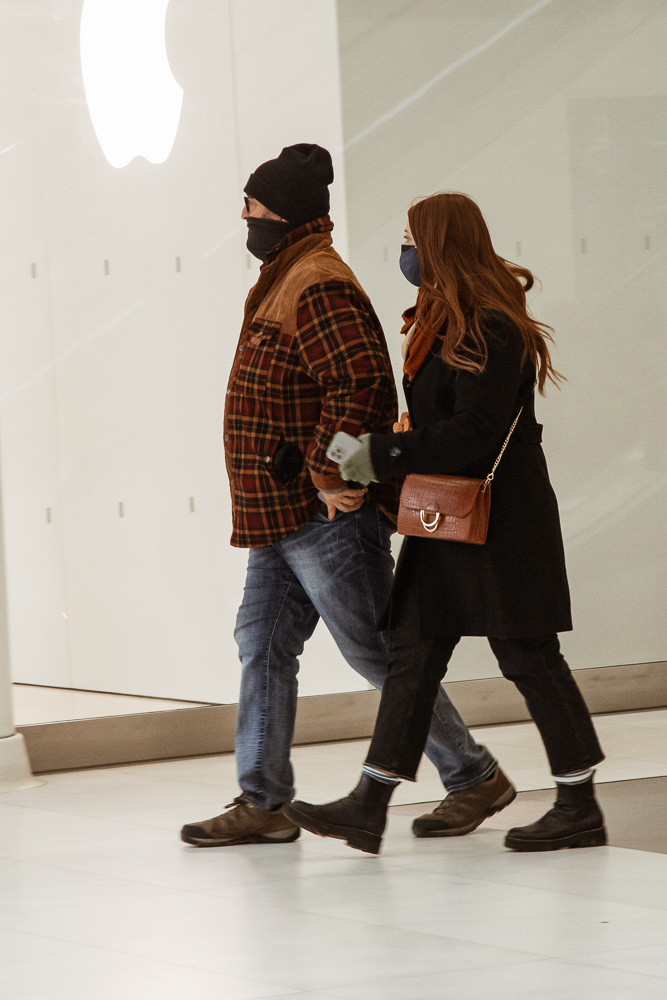 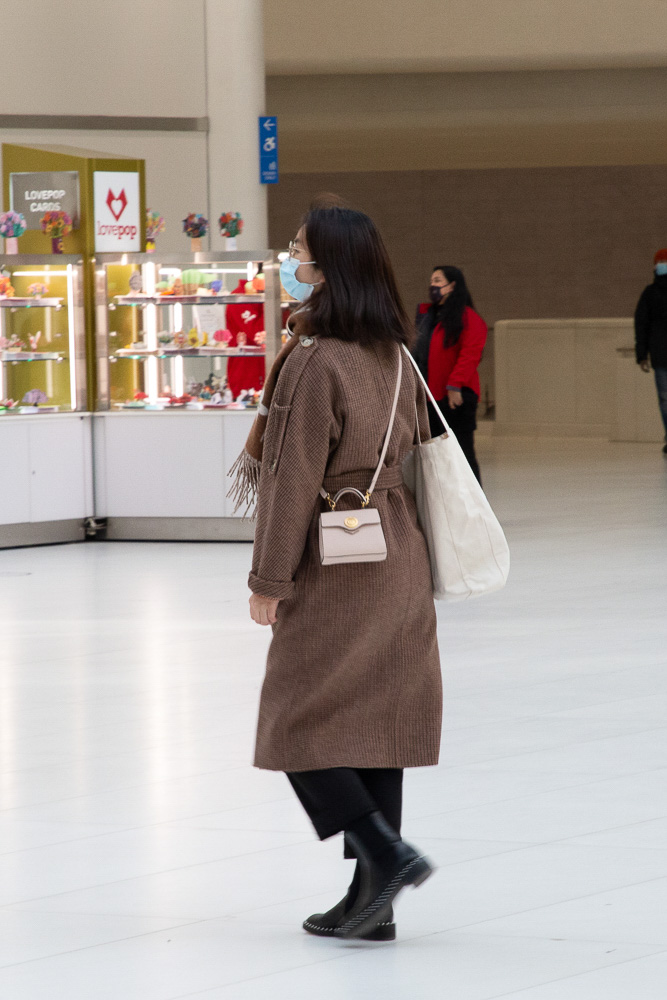 There is a first time for everything and for me this is the first time that I have seen a Dior Saddle Bag that I like. Maybe it’s the coat. Maybe it’s that the dangling D is covered. I don’t know but this one is good.

Agree, but I don’t like the strap. Too short for crossbody and it looks like the strap has been extended as far as it will go (or almost). Compare that to the photo of the LV Bloomsbury bag — it sits much more comfortably on the wearer’s body. And on the subject of straps, I don’t like striped canvas straps on most leather bags. Just doesn’t work for me, esp with premium brands (in this instance, the Gucci Marmont).

The bag is sitting right under her boobs — I can’t imagine that’s very comfortable, not to mention difficult to get into when you need something!

agreed. I wouldn’t consider that a cross body strap unless that woman is 6ft tall!

The pinkish mystery looks like a Moynat Voyage, but really small version. So cute.

You are right, I edited the intro paragraph to reflect this. Thank you!

Ah I believe that mini Jodie is an “inspired by” piece. There would be no seam horizontally on the side.

Great eye, Monty. We’ve removed the bag from the lineup!

I love this post and all the lovely bags 👏🏼👏🏼