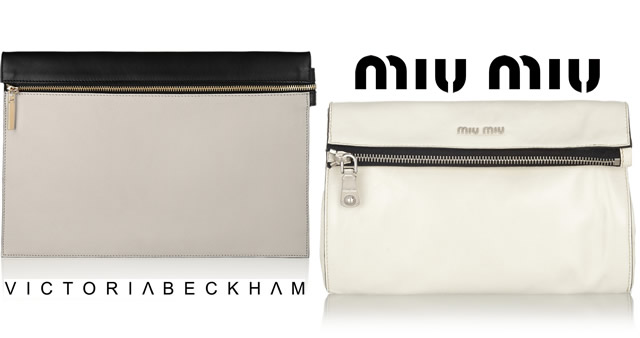 Many of our favorite designers have items that look eerily similar to others we see on the market. The debate over which design came first is a heated one as it’s clear many designers are inspired by their counterparts. In this instance, the clutch is very simple and I chalk it up to more of chance than anything else.

With that being said, I want to see which folded top clutch gets your vote. We have the Victoria Beckham Two-Tone Folded Top Clutch and the Miu Miu Folded Top Clutch, both are similar to the next and the prices aren’t that far off. Vote in our poll and tell us what you think. 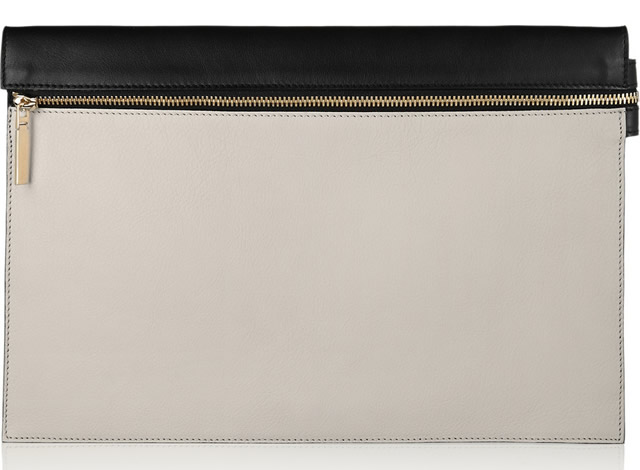 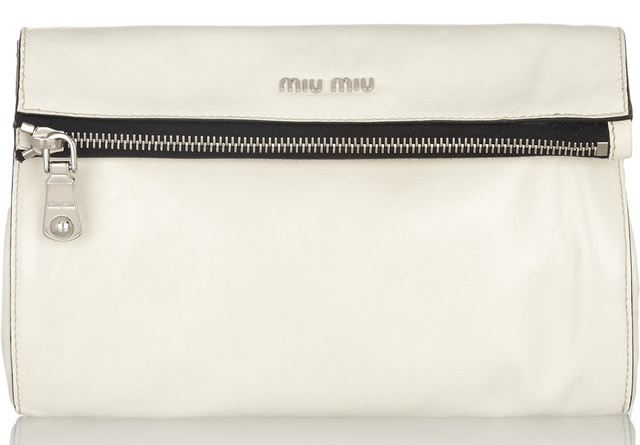 Beckham’s is more streamlined and sleek but miu miu’s is cuter and more casual. I think, despite their apparent similarities, that they could fill different niches, 🙂

This was a difficult decision, although ultimately I voted for Miu Miu over Victoria. The proportions feel wrong in the Beckham bag; the top fold is about an inch too narrow. The Miu Miu bag’s fold is more in proportion to the width of the bag. However, the Beckham bag’s colours are much more interesting and would go with a lot more outfits.
It was fun to vote… may we have more of these, please?

With a zip closure like that, both bags instantly remind me of the Celine Edge bag. I just have to say no to both of them.