Handbags and the Economy: Got Any Thoughts? 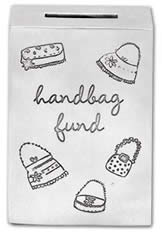 I’d seriously doubt that there is anyone reading this that has not felt some effect of the economic circumstances that most of the world is currently facing. If you don’t know what we’re talking about, then you’ve probably been living in a hut on an island somewhere. If that’s the case, then your tan looks nice and you probably want to turn around and head back before we delve in to the rest of this post. Trust me, you don’t want to know.

Ok, for all of you non-hut-dwellers out there, level with me here. The malls aren’t as crowded, and if you talk to the sales associates for a while, most of them will freely admit that business is down. There are bankruptcy rumors for pretty much every retail business I can think of, and while certainly not all of them are true, some of them probably are. But there are people still buying bags, and maybe different bags than they would have a year ago. Maybe not, though. Everyone internalizes these huge financial issues differently, and ultimately everyone is going to deal with them differently as a result. And consumers aren’t the only ones trying to sort all of this out – brands are too, and so are retailers. So what does all this mean?

When economic circumstances change, so too do social circumstances. How we’re feeling about ourselves and our society financially impacts how we interact with each other and how we perceive others in a multitude of ways. So what does that have to do with fashion in general, and handbags in particular?

Well, handbags seem to function as a bit of a bellweather, as far as fashion goes. Second to only cosmetics and perfume, bags are the way that designers introduce their brand to a larger audience of consumers. Bags don’t need to fit or flatter in the same way that ready-to-wear does, and almost any bag can be comfortably carried by any woman with the cash to fork over to buy it. They can also more easily justify their staggering price tags – you wear a bag every day, but a dress may only see use a handful of times. If handbags aren’t selling well, or if tastes change because consumers feel differently about what their bag says about them, then that’s something that is very, very important to a global, billion-dollar industry. We vote with every dollar we spend, after all.

In the interest of full disclosure, much of this is just personal observation. But on the other hand, if there are any handbag “experts” out there, I guess we’re some of them. I spend 8 hours a day looking at and pontificating on purses, for better or for worse. And it seems that, lately, a few things have changed. Logo bags have been declining in popularity for some time now, but it seems like more people are resistant to them than ever. No one should be ashamed of what they can afford, certainly. But how one portrays one’s wealth when more and more people with previously prestigious and high-paying jobs are out of work is something to consider, and seems to be something that a lot of people have considered. When your peers are the ones that suddenly don’t have jobs, does it change things?

It also seems like high-end retailers are adding more and more lower-priced lines to their inventory. This bags aren’t cheap by any means, but they may be lines that larger retailers like Neiman Marcus or Saks may have shied away from a few years ago for fear that they wouldn’t fit with their ultra-exclusive brand image. By the same token, they may be brands that would have garnered less attention in headier timers. The early aughts were pretty rococo, and having a bag by a previously anonymous designer like Tano or Belen Echandia may have not had as much of an appeal as it currently does. Attitudes were different, so the things that were considered desirable were different to a lot of people. We may have been in need of a taste reset, though; just take a look back and you’ll see why. In this way, maybe the recession is indeed a “natural market correction” in more ways than one.

And then there’s the sales. The much-talked-about Saks sale in November has some people speculating that it could have changed the way that consumers perceive the luxury goods market for years, if not decades, to come. I think that’s a bit of a stretch at this point, but the sale environment has certainly encouraged more and more people to wait for the discount. It’ll almost certainly come, and the days of the obvious It-Bag may be over, at least for now. Things that never would have gone on sale in 2004 are seeing their prices cut generously, but maybe it was time for a price reset anyway. Things were getting ridiculous, no? It remains to be seen whether designers will alter their MSRPs voluntarily or force retailers to do it through discounting, but one thing is clear: a lot of people aren’t as willing to pay what they once were for a handbag, and a lot of them realize that they don’t have to.

So what’s your personal experience with your bag habit and the economy? Noticed anything changing? Think I’m completely wrong? Let me know in the comments.