Can we unanimously agree to not wear fanny packs? 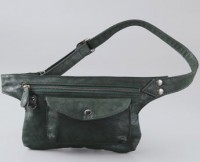 Can we just not do this? Please? Pretty please? I would really love it if we cold all ignore any brand that tries to convince us that fanny packs are a good idea. We spent all of the 80s learning how ugly they are, and it would be a shame to throw away all of that knowledge when we’ll surely just come to the same conclusion again.

I find the Zambos + Siega Parker Pouch offensive on many fronts. First, it’s a fanny pack, which means it’s supposed to be worn at the widest point on a woman’s body, adding bulk and awkwardness to nearly any outfit. Second, it’s a very small PVC bag that costs $100, and that’s irritating in basically any context. That it’s a $100 fanny pack makes it even worse. 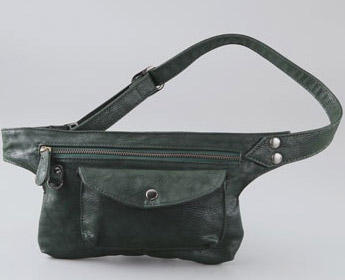 Carrie Bradshaw may have gotten away with wearing a Gucci belt bag during Sex and the City (the series, not the movie), but that doesn’t mean that mere mortals can pull it off, and it certainly doesn’t mean that the average fanny pack is anywhere near as cute. This one certainly isn’t, and it probably won’t do anything for your figure when worn as intended. Buy through ShopBop for $100.