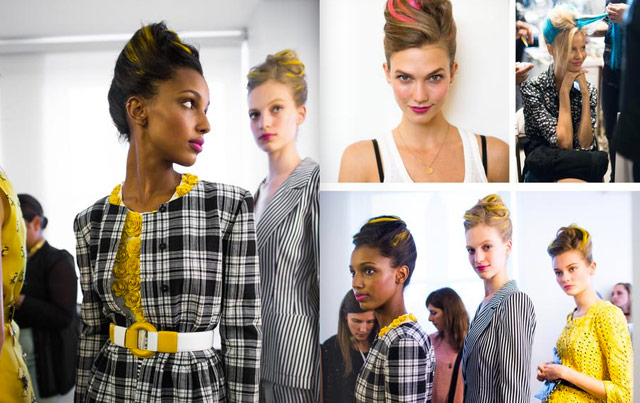 Earlier this week we introduced you to Glossi, a website where anyone can put together their own online magazines. One of the great things about Glossi is that there is so much flexibility. If you had a chance to flip through the Fall 2012 Textures Glossi we shared on Monday, you probably noticed that we were able to share the same information that you would get from a regular magazine, but with the added bonus of having the products just a click away.

As we played around a bit, we realized that the functionality of Glossi would also be perfectly suited for showcasing some of Vlad’s amazing photography. We put together this Oscar de la Renta Spring 2013 Glossi using a plethora of images Vlad took at the de la Renta show during the most recent New York Fashion Week. I love this Glossi because it really looks and feels like a magazine you might pick up and read. (Not to mention that I love it because the photos are beautiful.)

Make sure to head over to Glossi and see what other folks around the web are putting together too!