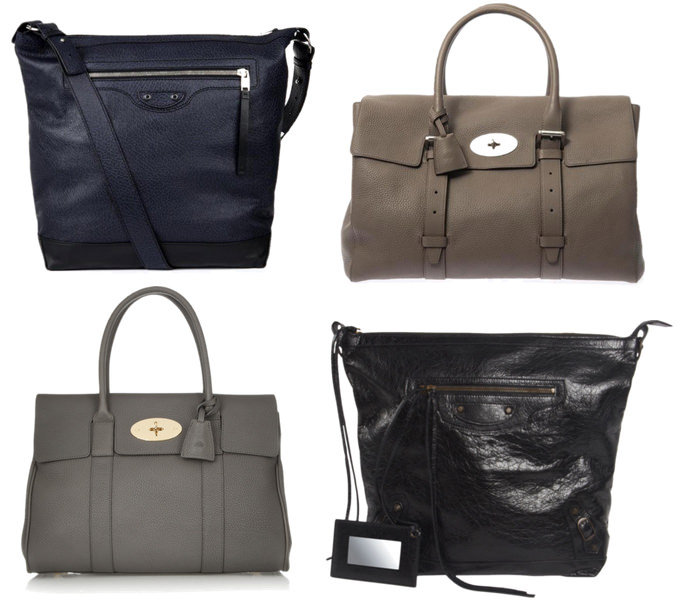 Over our years of covering men’s bags, we’ve noticed two things. First, when most designers have a super-popular women’s bag, they modify it into a more traditionally masculine version for their menswear audience. Second, those bags generally seem like a better deal than the women’s alternative, even though they’re usually bigger and feature nearly identical finishing and hardware. I put our perceptions to the test last week, and what I found largely confirmed our suspicions.

Higher prices for women aren’t uncommon, and they go beyond fashion. The so-called Pink Tax has come under fire in France recently after a women’s group assembled a 40,000-signature petition to challenge a popular supermarket’s practice of marking up goods marketed toward women, and the New York Times Editorial Board recently wrote on the topic, citing a 2010 Consumer Reports study that found the same problems for women’s products in the US. With all that in mind, I set out to do an informal study of my own.

The biggest obstacle to getting results was figuring out how to compare the bags in a fair way. For accuracy’s sake, I did ten head-to-head comparisons of bags from the same designers’ men’s and women’s lines that were as similar as possible in leather, shape and finish. Because men’s bags are usually larger, I broke it down even further by calculating the price per cubic inch of each bag. That way, we’d know how much designers were asking per unit of bag real estate, no matter how much or how little the particular consumer chose to buy. For the best results, I used head-to-head comparisons of bags from the same retailers whenever possible, to help ensure that each bag was measured the same way.

The men’s bags were indeed larger, with an average volume of 1,479.5 cubic inches, compared to the average women’s bags at 1,014.4 cubic inches. For that space, designers generally asked less of men, with an average price of $2.17 per cubic inch; female customers were asked to pay $2.58 per cubic inch. That may seem like a relatively small difference, but for two bags of the same size, it results in an average price disparity of over $190, largely because one bag is intended for a female consumer base and the other is intended for men. I also tested two bags that were exactly the same size for both men and women; the price disparity persisted, indicating that the other differences weren’t simply a result of price not scaling in exact correlation with size, no matter the targeted gender.

Three of the ten bag pairs that we tested were Givenchy; the brand has, by far, the most overlap between its men’s and women’s styles overall. All three of the bags were notably more expensive when marketed toward women, despite the fact that two of the three were virtually identical across the gender lines. On the opposite end of the spectrum, Bottega Veneta and Alexander McQueen actually charged their male customers more per cubic inch in the bags we tested. It’s worth noting that those two bags pairs were the most disparate from each other in structure and finish of any that we tested; the more similar the two bags are, the more likely it is that the female consumer would be expected to pay more.

The party line from brands on why bags have spiked in price so much over the past ten years is that raw materials keep getting more expensive; while leather may indeed be going up in price, these calculations seem to indicate that it’s not the whole story, especially because the men’s bags generally used quite a bit more of that oh-so-precious material. Manufacturing costs, too, would have been practically identical because most of the bags have extremely similar finishing details and hardware.

A more likely explanation is that brands simply know they can get away with more, price-wise, when it comes to female customers. We’re more desensitized to fashion prices than men are, and we’re socialized to care more about the bag we carry as a statement of socioeconomic success. Most affluent men are still somewhat reluctant when it comes to fashion, and brands may need to lure them in before they can ratchet up prices in the same way that they have for women.

Below, check out all the bags we used in our mini-study, plus both their retail and calculated prices. Ultimately, I came to the same conclusion that the Times did: women may want to start shopping in the men’s department. 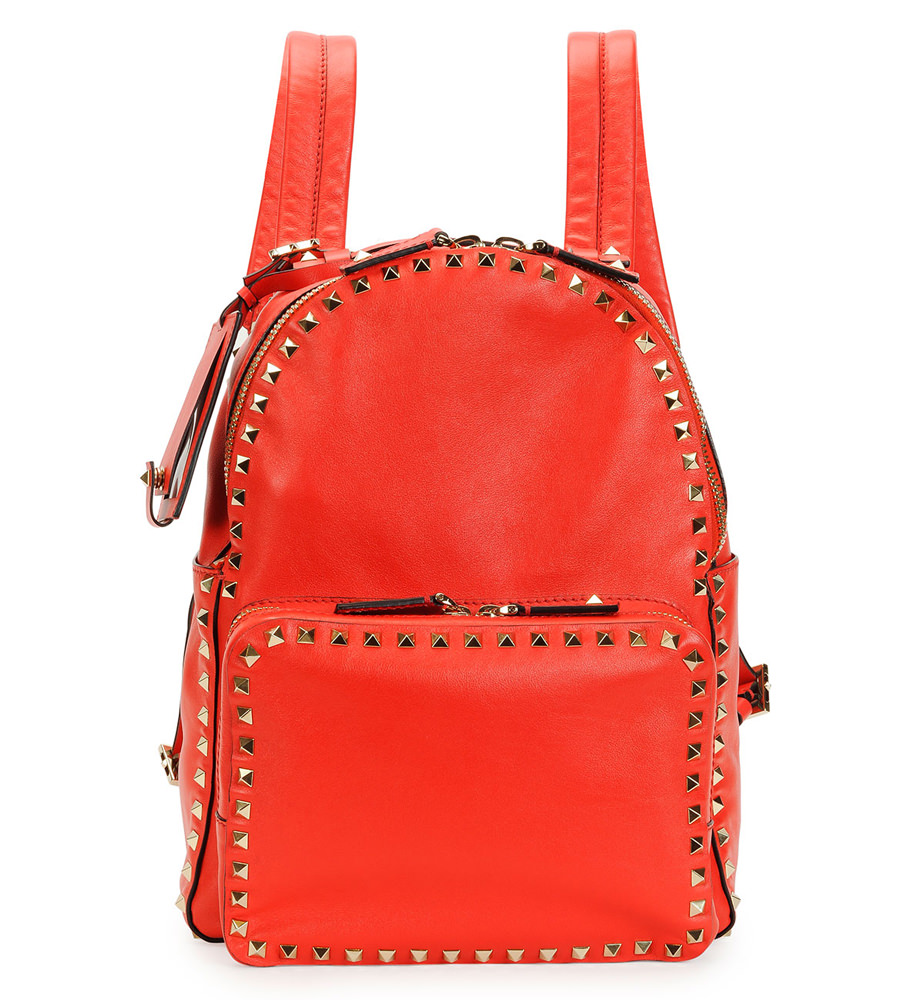 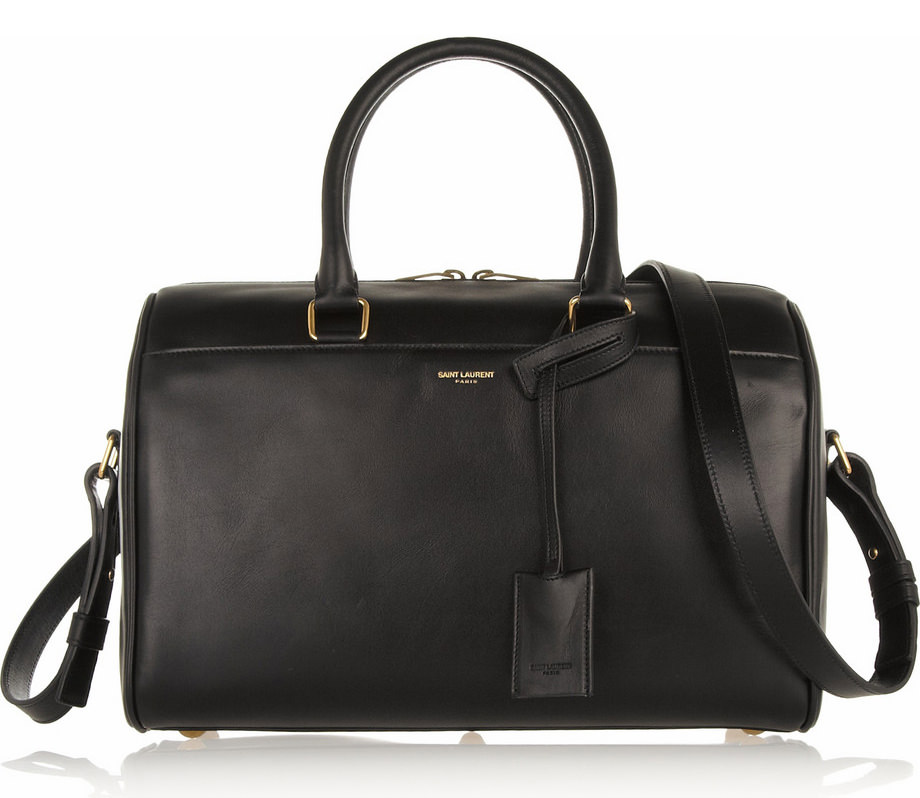 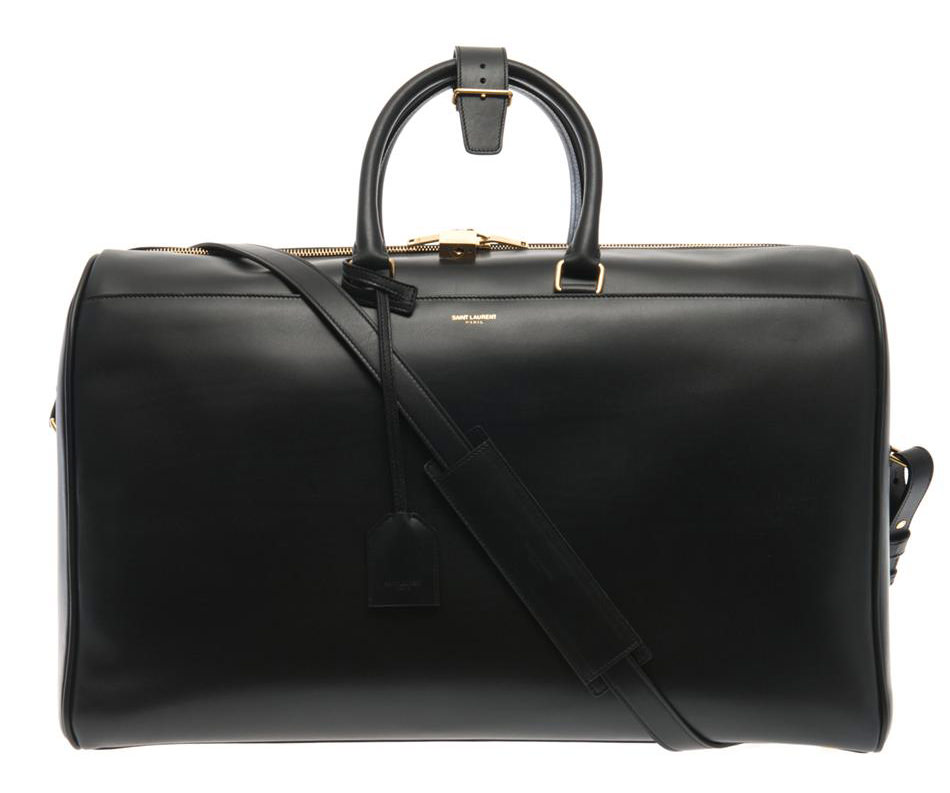 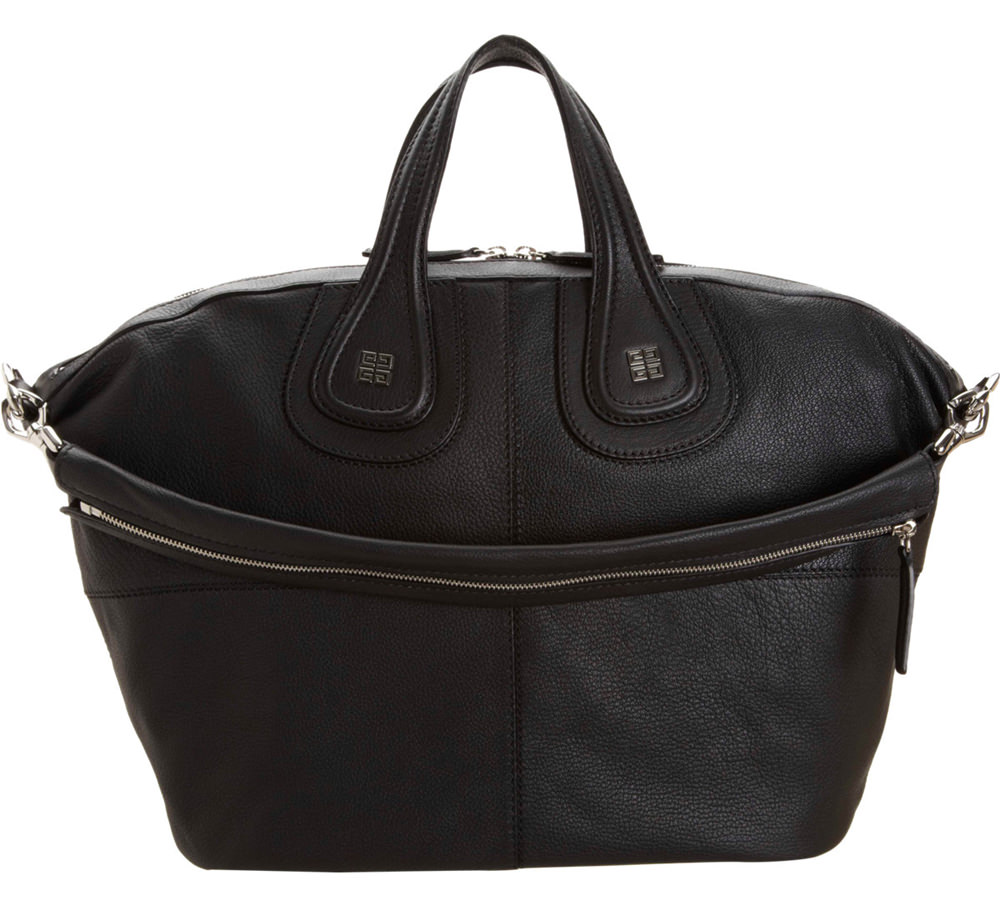 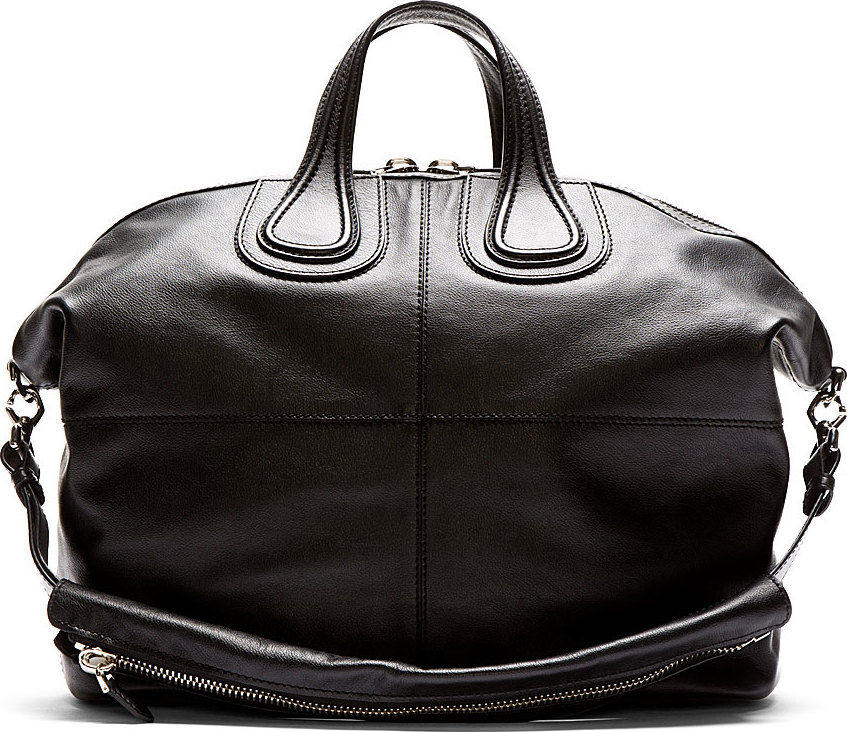 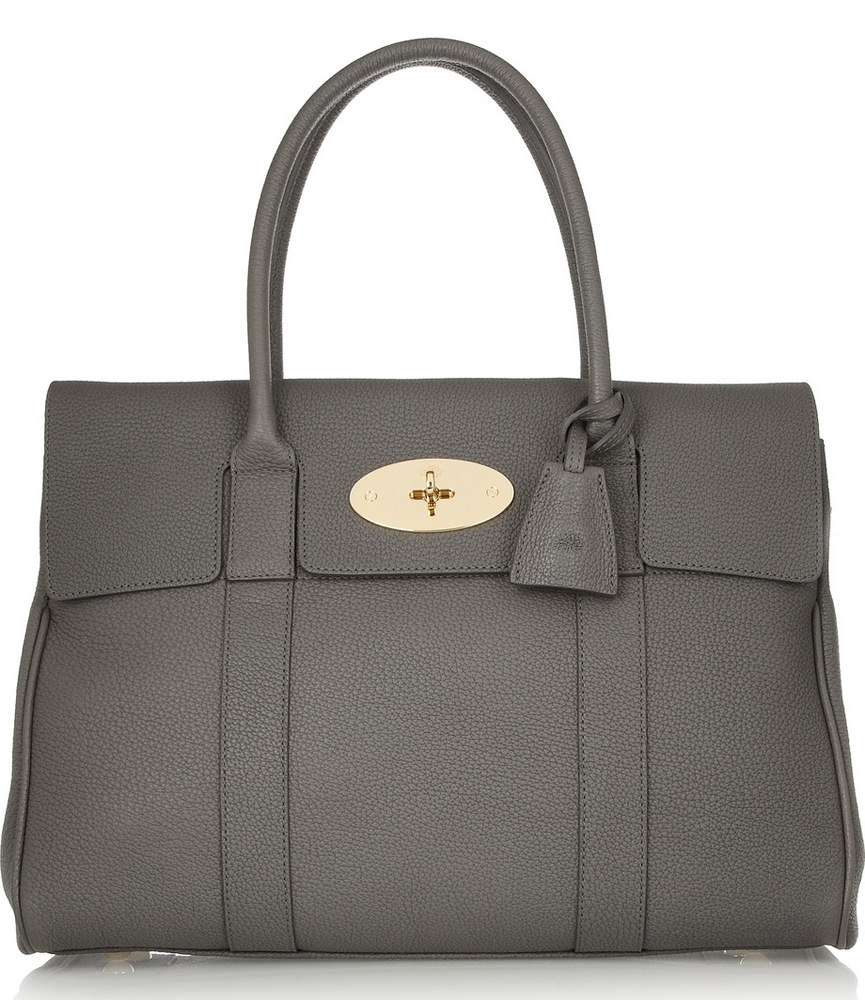 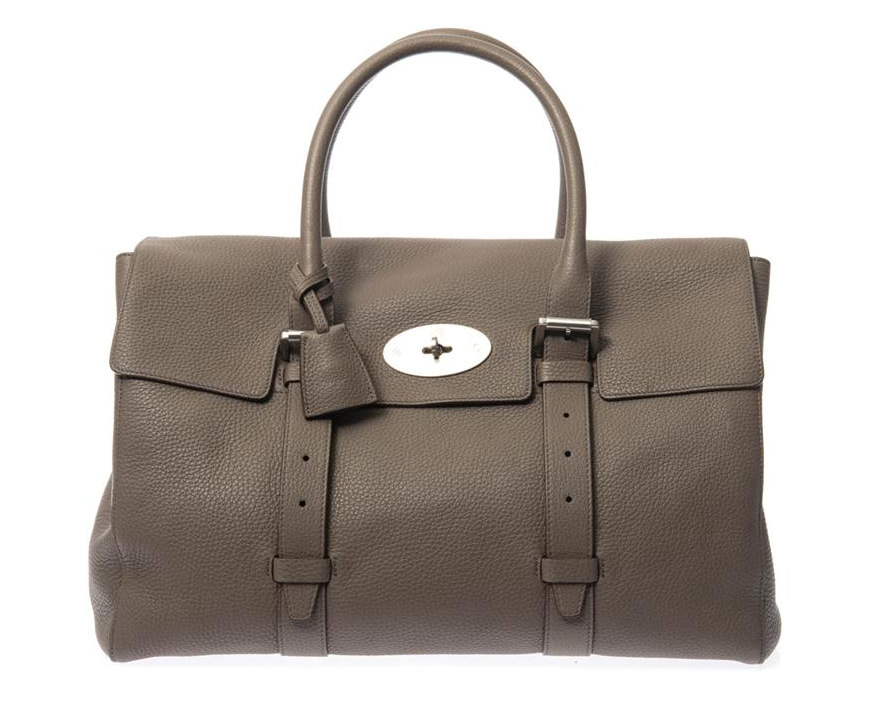 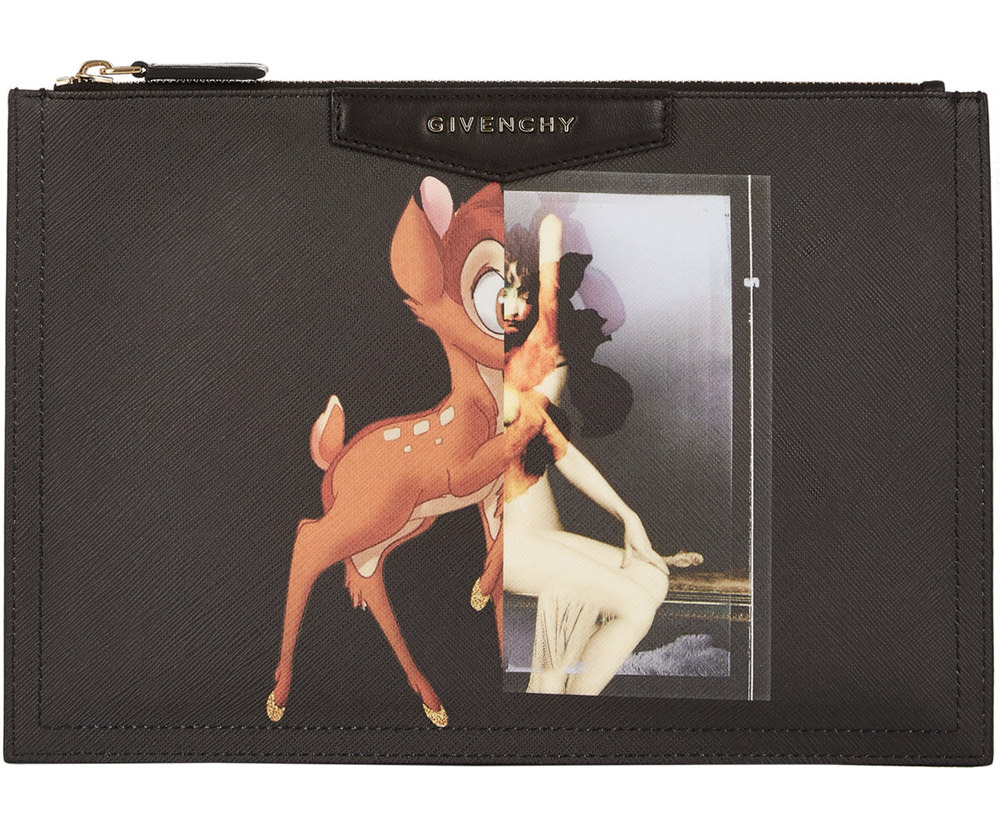 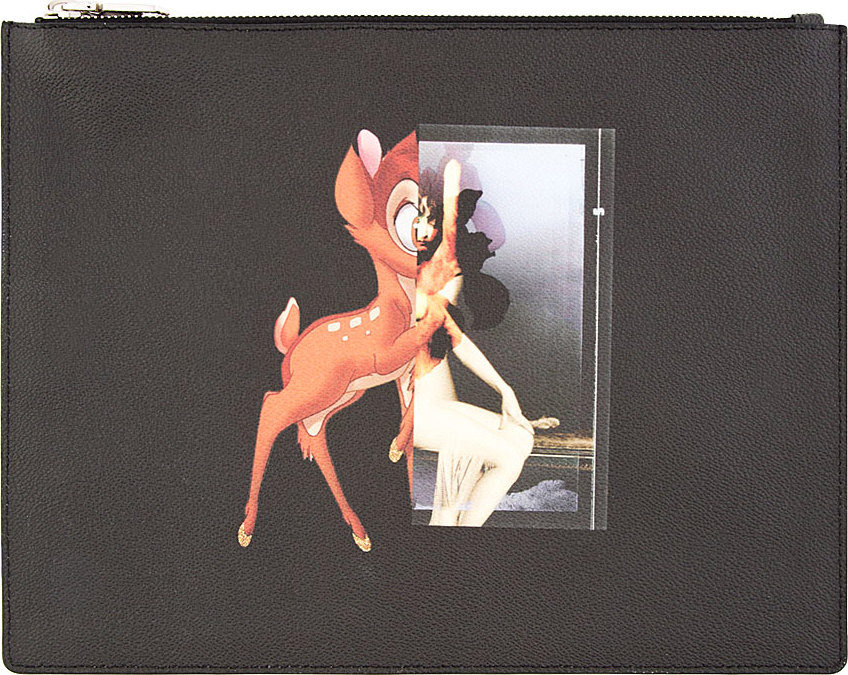 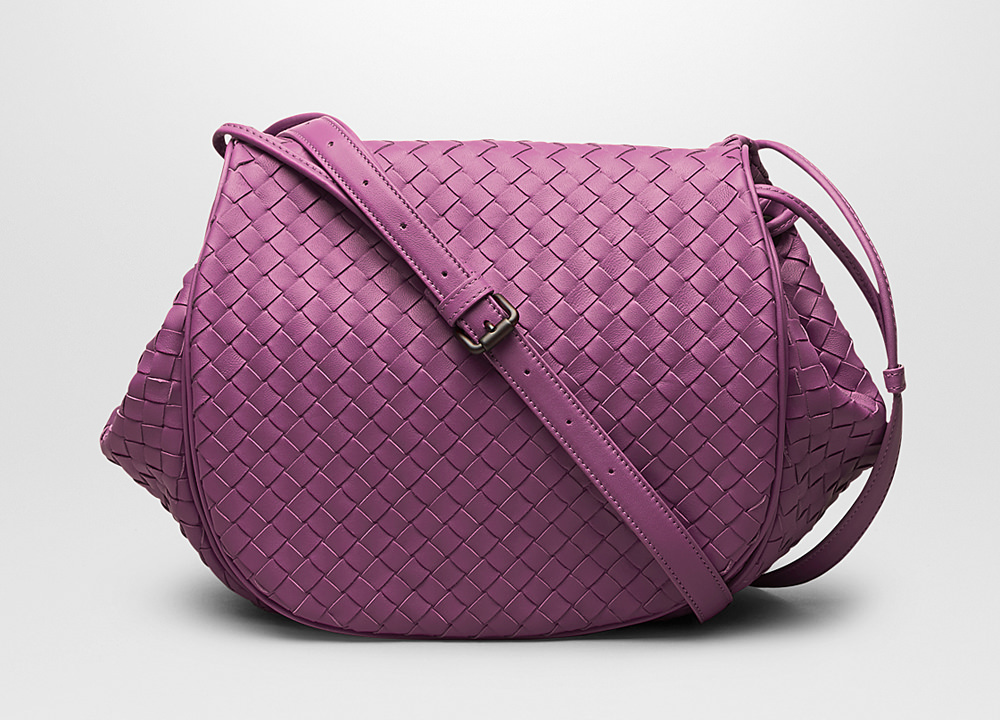 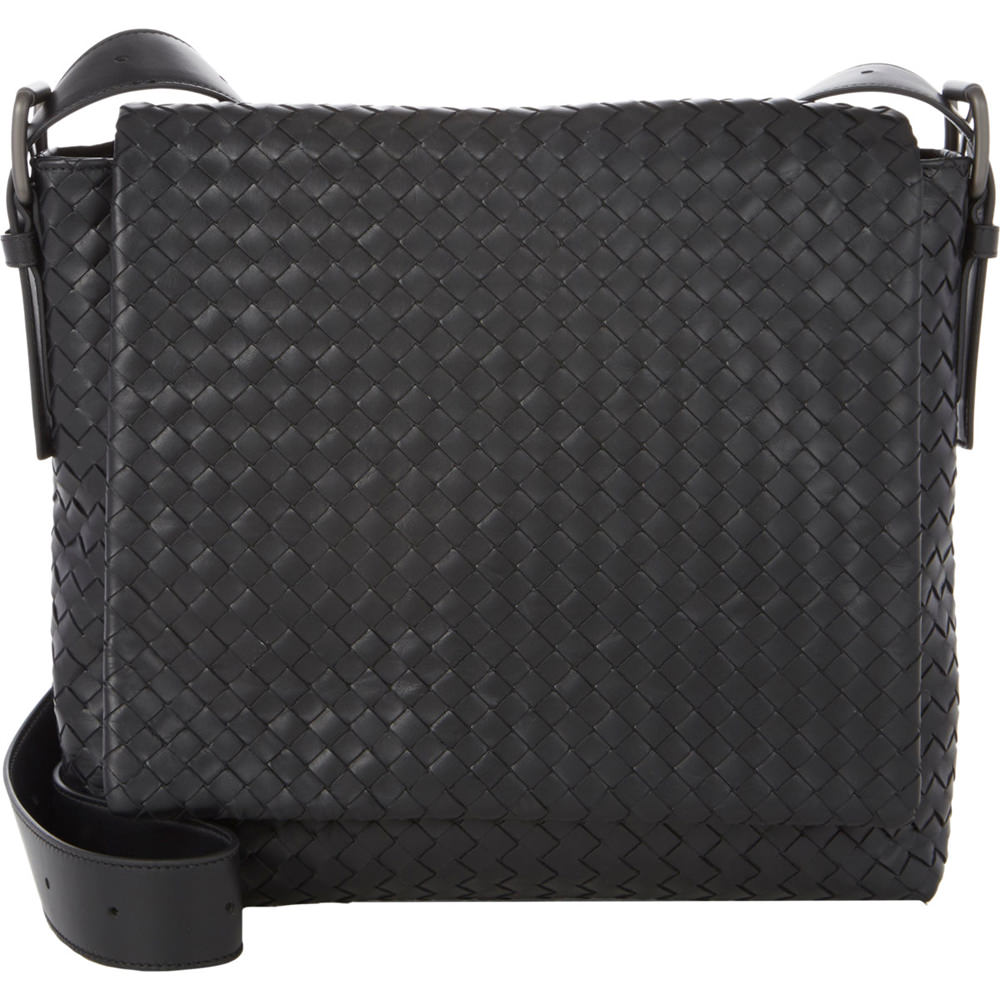 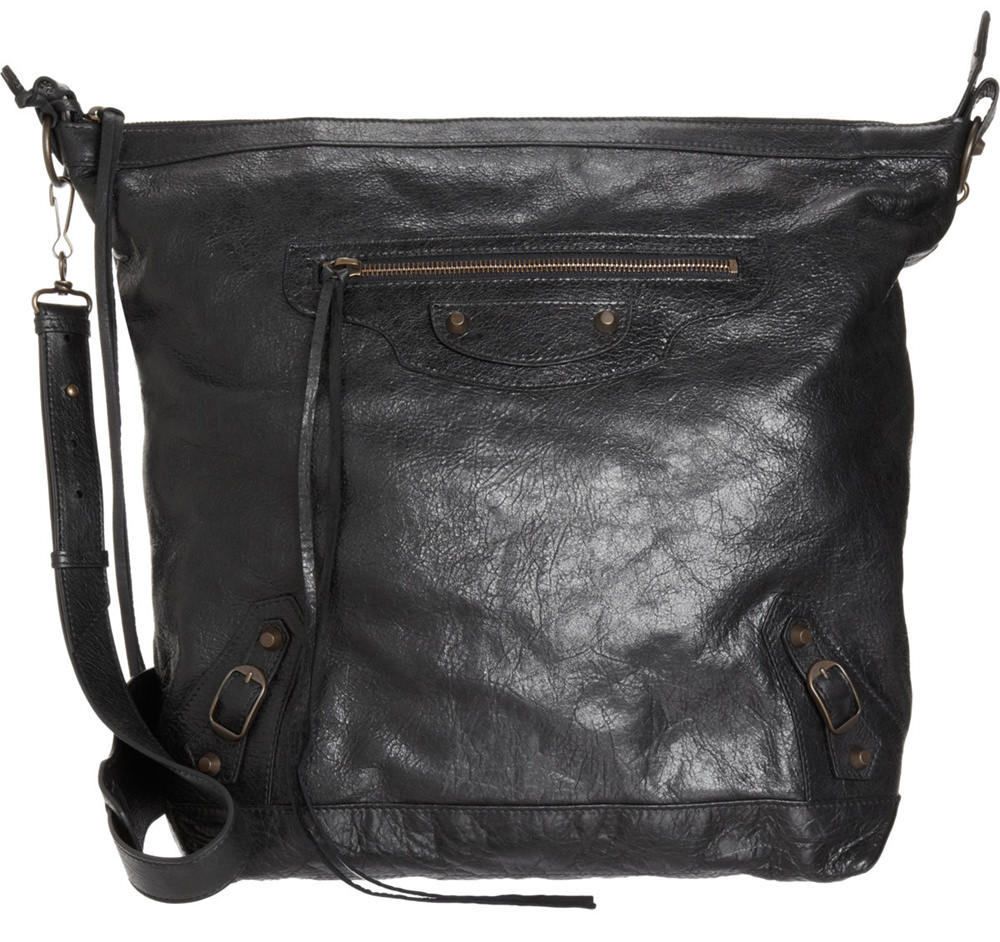 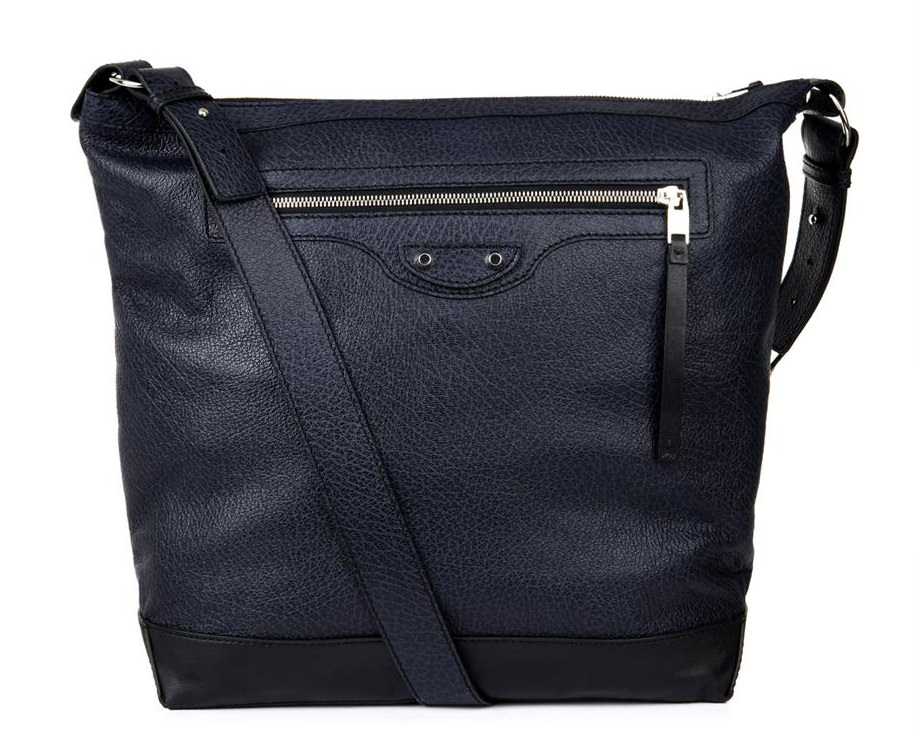 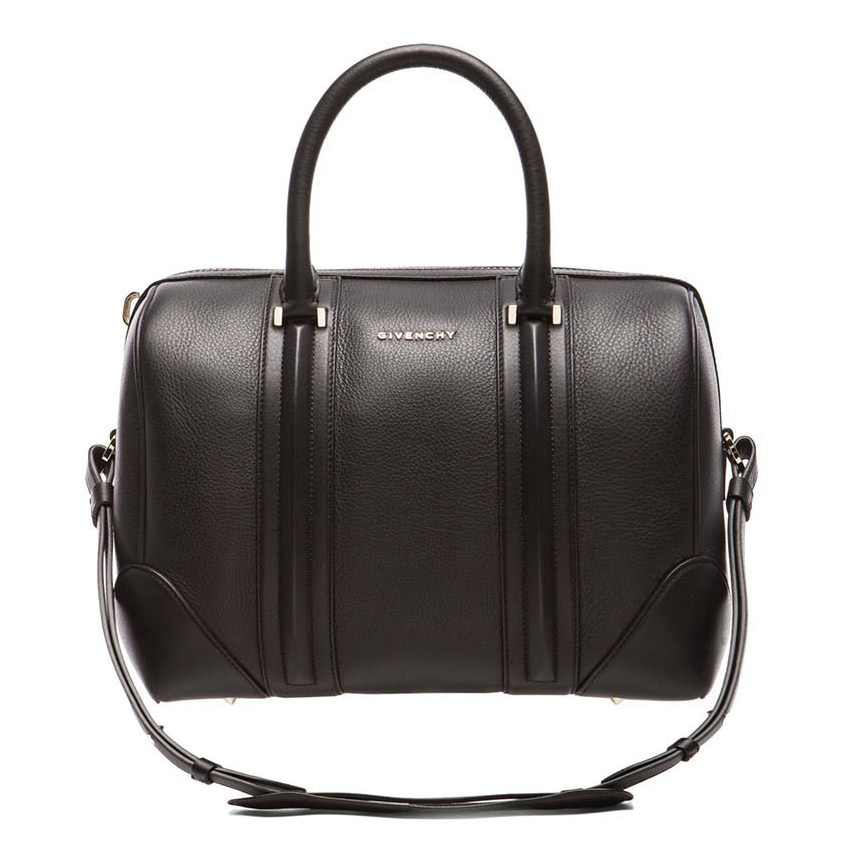 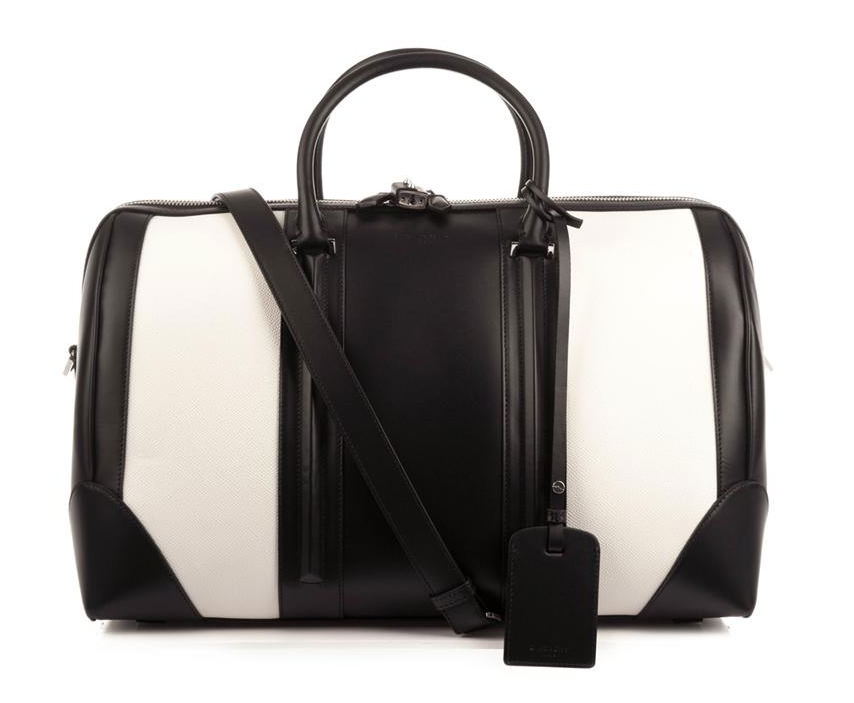 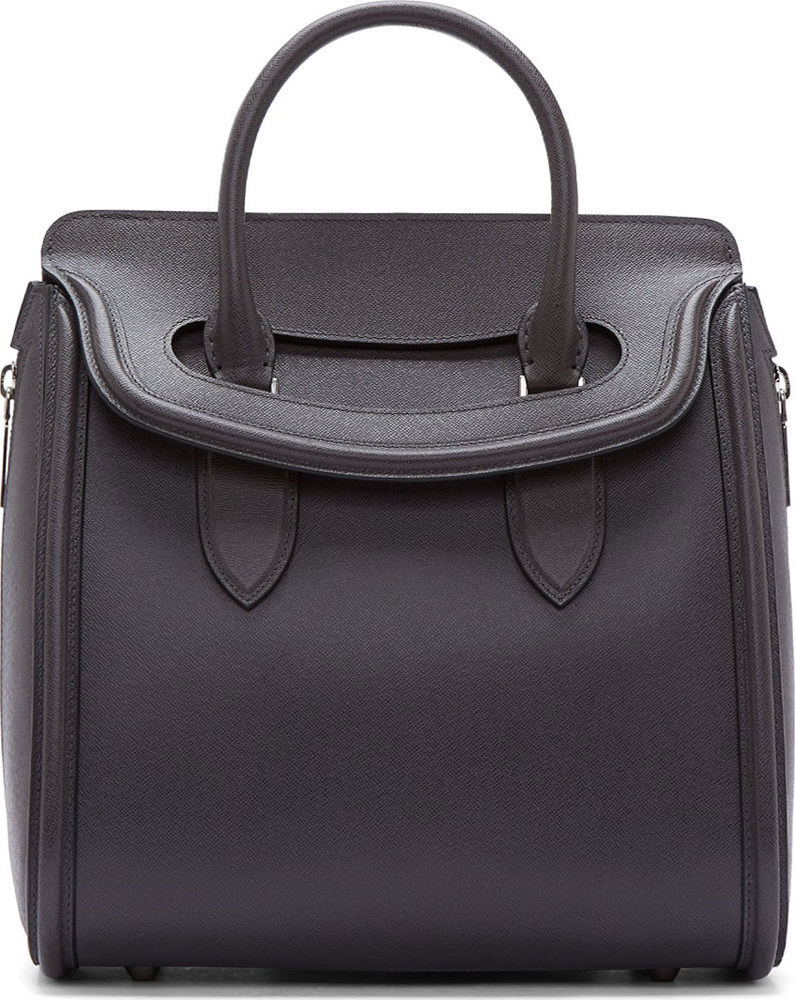 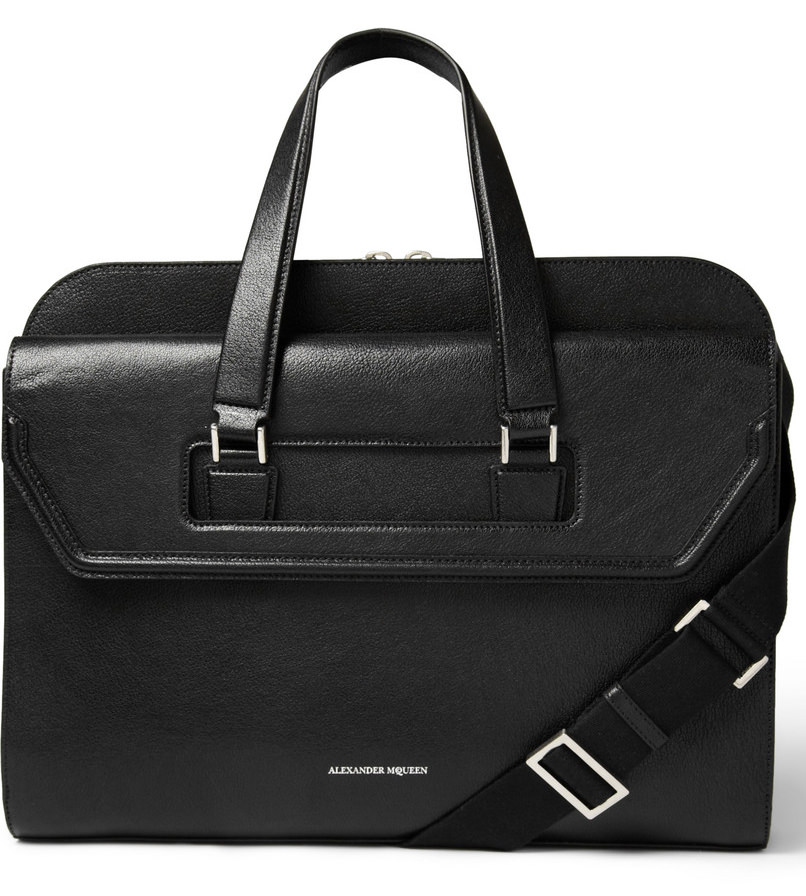 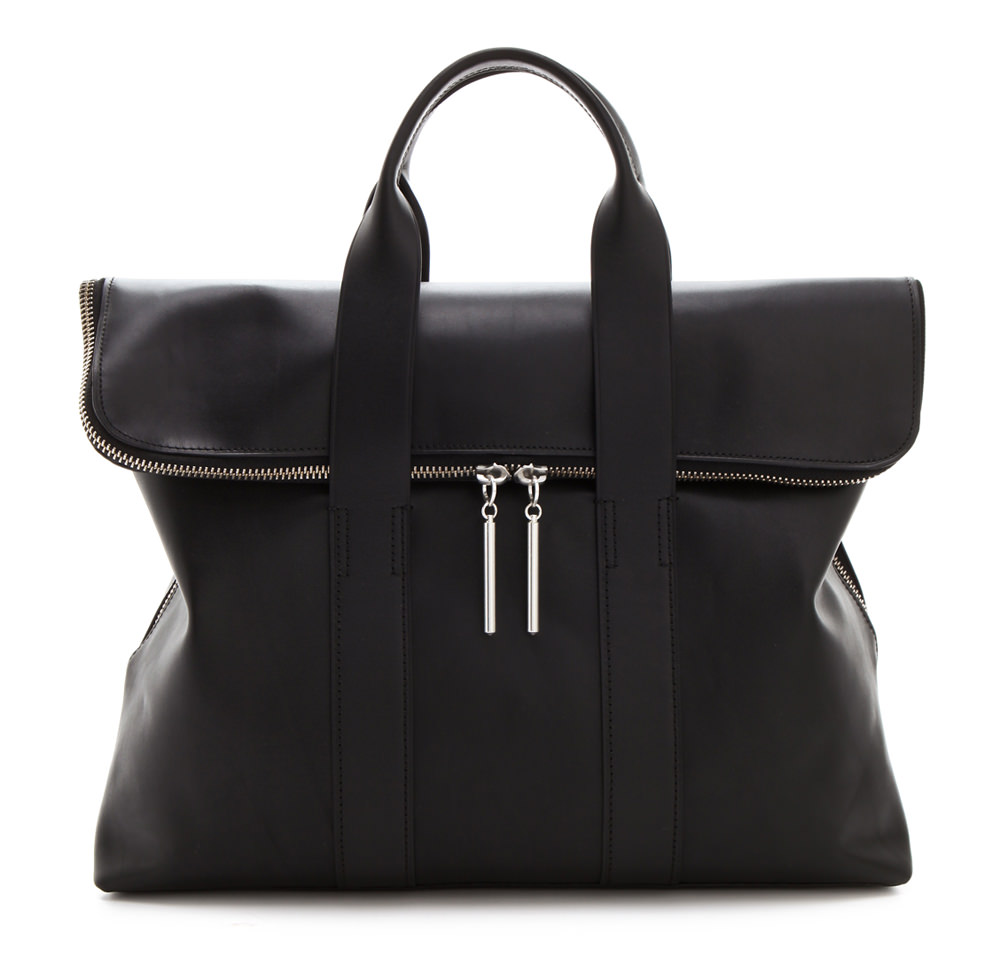 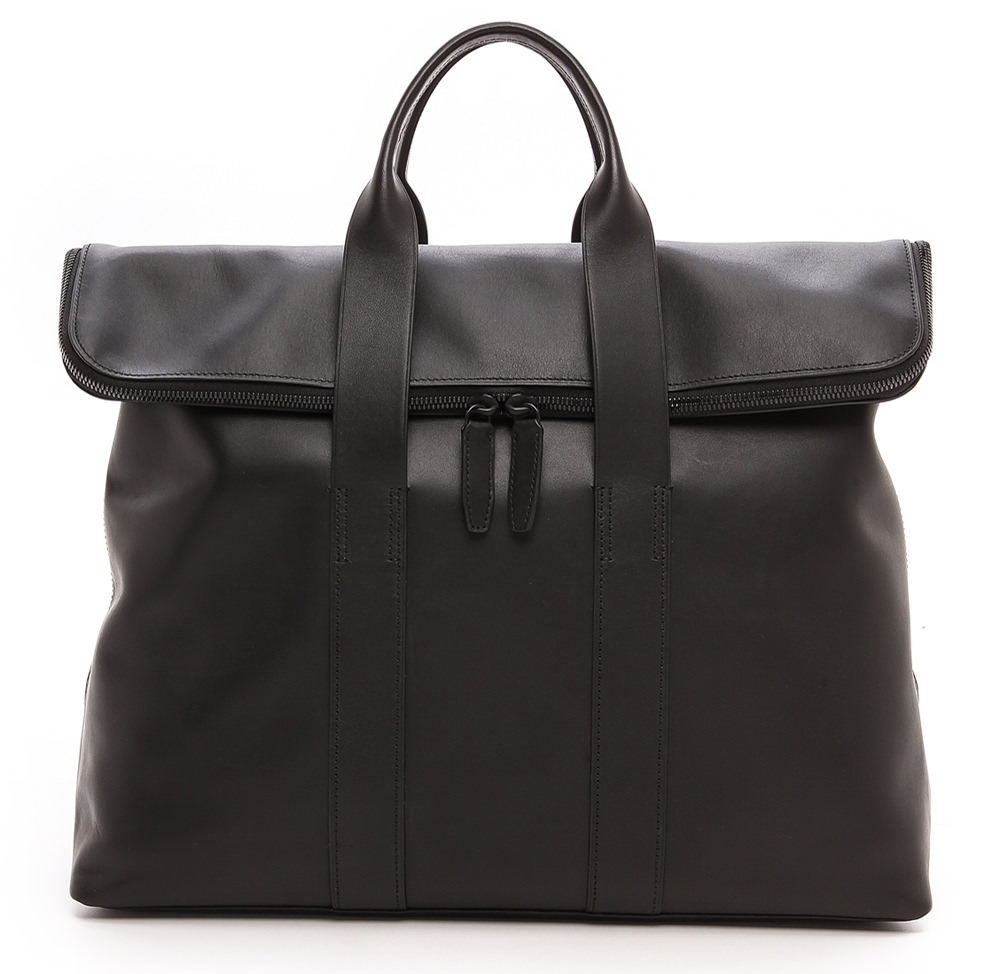 I’ve noticed men’s Bal bags cost less than women’s Bals, for pretty much the same style. I figured that us ladies were paying for the great colors.

I guess this means I should take a look at buying men’s bags? lol

Also, is anyone else having issues on this site where the top bar follows where you scroll but becomes kinda wonky and blocks stuff? Get what I mean?

Fantastic article. Best I’ve read here in a while. The price/sq in is very interesting in itself; the comparison to mens bags even more so. I’d also be interested to read about price/sq in as a comparison between a designer’s difference womens bags.

We were just talking about doing that this morning–it’s definitely coming soon.

And thank you for your kind words!

I love this article. But I do have to say, women get so many more options, colors, styles, etc than men do; so maybe that would contribute to the higher prices? And as you said it’s harder for a woman to be judged on the fact that she is using a bag compared to men.

I thought about this for a while when I was writing, and I think it’s actually the opposite; women’s bags are made in far greater volume than men’s bags, especially in these basic styles and colors that we tested. If anything, that should decrease the per-bag cost for women’s bags because things like leather are usually less expensive, the more you buy.

Despite that, though, there are administrative costs related to having a lot more SKUs for women. Master data maintenance, different tagging/coding, additional/separate storage not just for each color/size of handbag but also for each color/size of leather, zipper, hardware, fabric lining, etc. All these variations of the same thing for the women’s line does add some complexity to your supply chain, and complexity = cost. That additional cost probably can’t explain the entire difference, but it’s still there.

This is definitely true, and thank you for mentioning it. I would love to be able to test these comparisons with more data, or even some reasonable projections on how much those kinds of issues can affect price. I agree that it probably does account for a portion of the difference, but I’d love to know exactly how much. Like you, I’m betting it’s not the entire thing.

OH! Didn’t know that! Thank you.

Comes down to the basic economics of supply and demand. Men don’t tend to spend as much on bags/accessories so the number of willing buyers is less so they try to capture a greater market share by charging a little less in order to account for men’s smaller willingness to pay. Luxury manufacturers are just trying to maximize their profits, so it’s understandable that they would use a form of price discrimination to achieve this.

Well, no one buys a bag by the inch, you buy it for the aesthetic and the brand. Also, some of the bags aren’t really the same. For instance, the Balenciaga messenger bags are different. The “women’s” has more hardware than the “men’s”. Also all those “men’s” bags cost more overall, regardless of whether or not you want those additional inches.

There are minor differences between all the bags, which is why we tried to break down the prices to some sort of objective unit so we could compare apples to apples as much as possible. The aesthetic and brand, as you mentioned, are constant across the comparison for exactly that reason–they’re a huge factor in luxury pricing.

It’s up to every consumer to decide if those minor differences are worth the difference in price; for example, are a couple pieces of different hardware worth the $300 markup between the same-sized Balenciaga bags? Maybe! Depends on how much $300 is worth to you. We just want to help everyone make informed decisions, as always.

I am sorry but this is just plain out not true, you can not simply compare by volume, notice that many of the women’s bags are more detailed compared to the mens which should indeed make them more $$$$. and go into hermes and compare mens to women’s, women have a much wider selection of cheaper bags compared to men, that have an entry level price of 5k :()

Oh, Amanda, I loved the math approach to proving your point beyond any reasonable doubt !!! Well played! I have been shopping from Mr. Porter for a while – for myself !!!