Three years ago Louis Vuitton released The New Wave Chain bag and it was an instant hit, popping up on the arms of influencers and celebs alike. The bags were introduced when Y2K fashion was at the start of its comeback, and while the bags didn’t feature the logo mania so often associated with early 2000s fashion, the bags did contain a fun, kitschy rainbow logo that was emblazoned on the bag’s strap.

The rainbow logo, while a much more subtle implementation of early 2000s style, is still reminiscent of LV’s former aesthetic, and for those following the brand for years, it was nearly impossible not to feel like we were being brought back in time. The reviews were mixed, with some strongly disliking the bag and its distinct shape and others loving it enough to add it to their collections. Today we’re coming to you with an update, and those who were put off by the bag’s quirky shape are in luck, because the New Wave Chain Bag just got a whole new look. 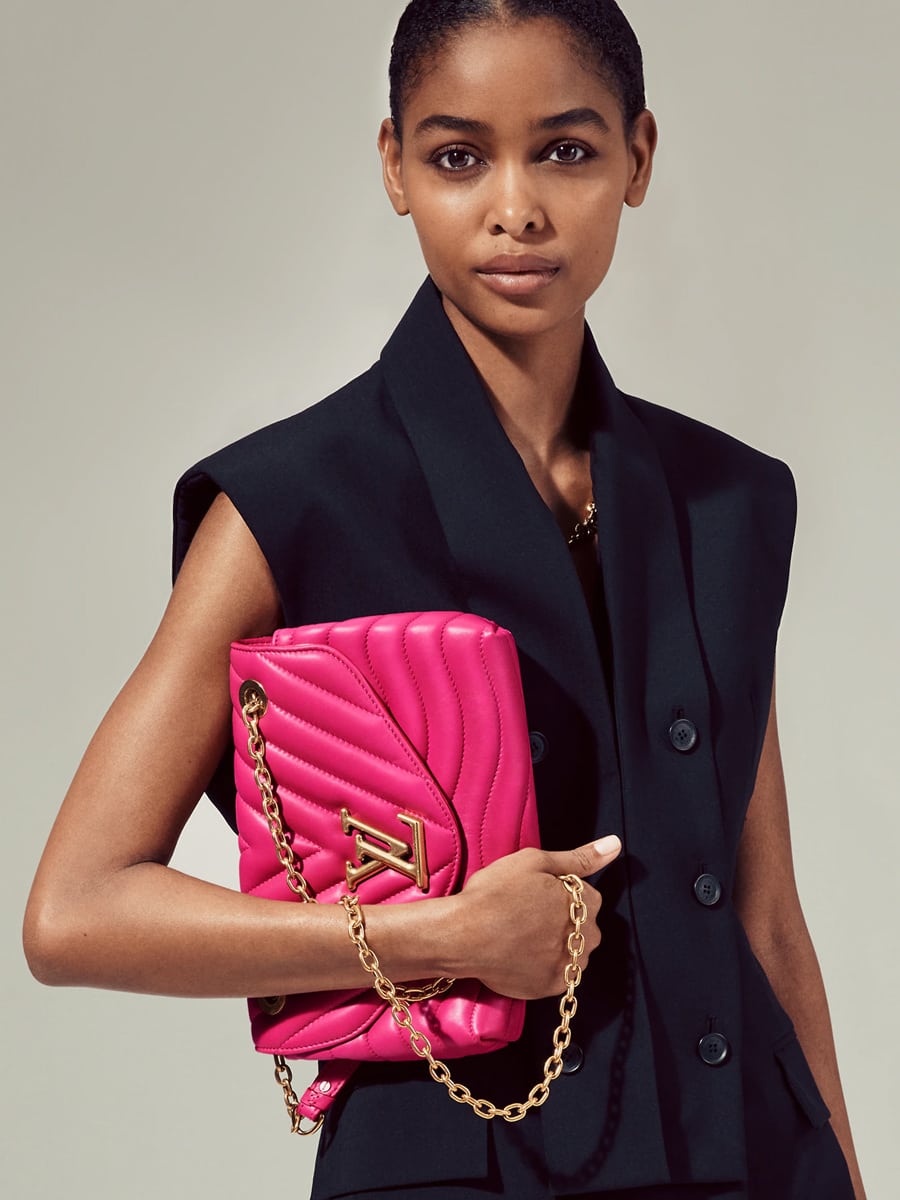 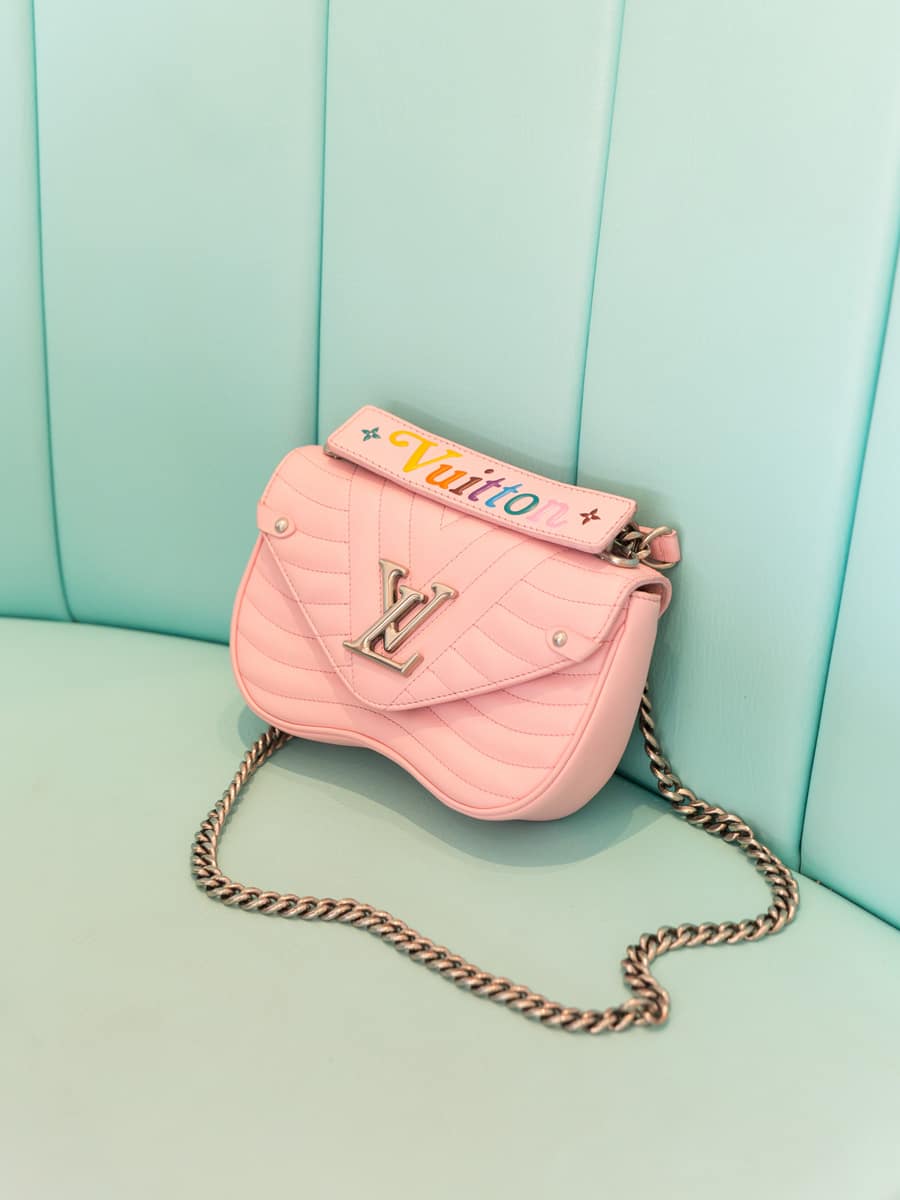 Let’s start with the similarities first, as there are plenty of elements that remain the same, most notably the bag’s smooth cowhide matelassé and V front flap, though it’s worth noting that the pattern of the quilting appears neater and more simple than the original. The most notable change is the bag’s overall shape, which is no longer curved and features the silhouette of a traditional flap bag with straight, clean lines on the bottom and sides of the bag. Another big change is that the brand has also done away with the original New Wave’s rainbow branding on the chain strap.

The chain on the original New Wave was very chunky and heavy (we received samples of the original), while the updated version seems to have a slightly smaller chain. The New Wave Chain bag comes in black, off-white, taupe, green and pink, retailing for $2,550 via Louis Vuitton. However, if you’re still digging the OG look no further than the resale market. 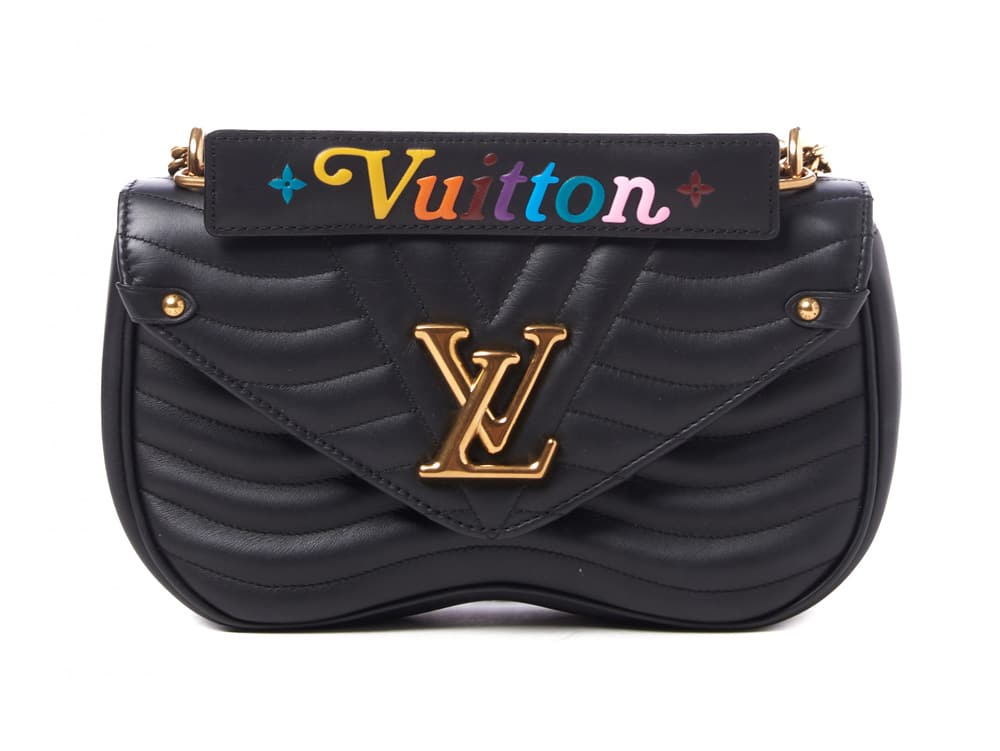 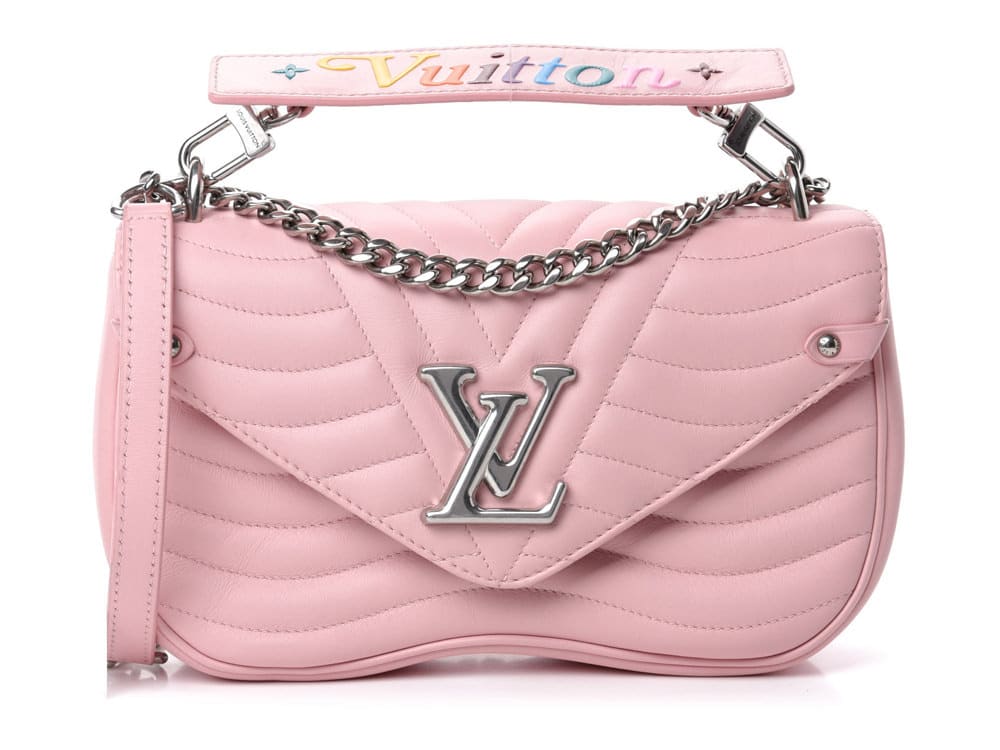 I’m debating between this bag and the YSL Meduim envelope bag. Any thoughts on which is better/ more classic?

Well, still not a fan, but I like it more than the original version so… we’re heading in the right direction?

Still not a fan.

I still viscerally hate this bag. It reminds me of the worst from YSL and Gucci.

Honestly the original looks better and that’s not saying much