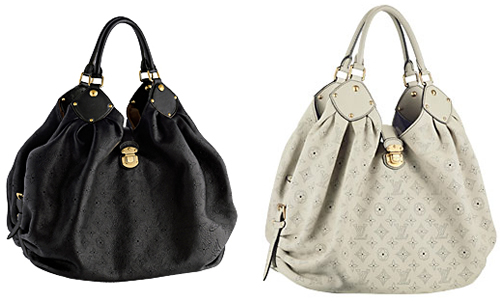 Louis Vuitton has done it again. They have made a bag that is pricey and highly sought after. Last time I was in Louis Vuitton Bal Harbour I ran into a member of Purse Forum. She was desperately looking for the Mahina, but they were out, as have been many Louis Vuitton boutiques. We reported on the Louis Vuitton Mahina when it was first released (dubbed the Louis Vuitton XL and XXL) and since then there has been Mahina mayhem. But the bags, both in XL and XXL are available in eLuxury right now. The XL costs $3100 while the XXL costs $3900. Told you, expensive, yet understated with the monogram LV and the large slouch. Grab it while you can!