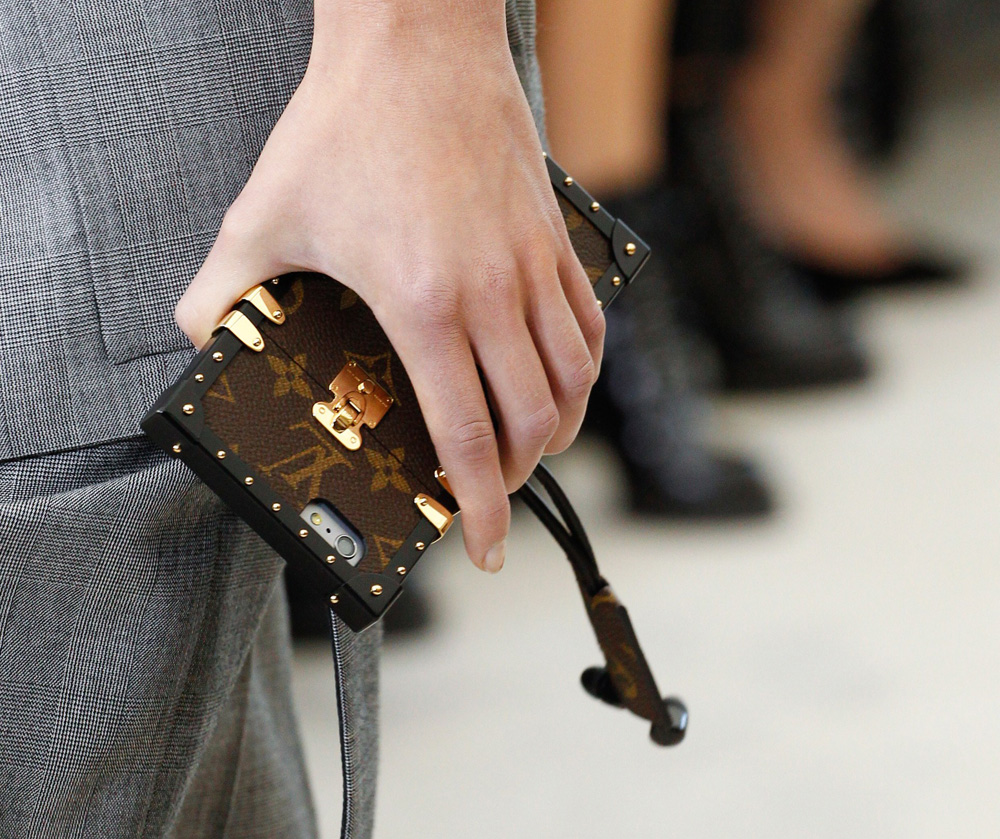 Even if you missed the initial photos from Louis Vuitton’s Spring 2017 runway show in Paris, you’ve probably seen chatter around the fashion Internet concerning the show’s most buzz-worthy piece: the Louis Vuitton Etui iPhone 7 Case, inspired by the Louis Vuitton Petite Malle Clutch. Solid information has been scarce, but we’ve scoured fashion sites, social media and message boards to find all the details available, including prices, pics and when the already sought-after cases might be available for purchase.

The Petite Malle was one of creative director Nicolas Ghesquiere’s first bag debuts when he took the helm at Louis Vuitton in 2013, and its tiny, trunk-like shape has proved a strong canvas for a variety of leathers, prints and embellishments. For Spring 2017, many of those key details, including the Petite Malle’s trim and lock, have been reimagined in the form of the Etui Case, which will be available for both iPhone 7 and iPhone 7 Plus.

So far, we know both sizes will be available in several of LV’s printed canvases, as well as crocodile. In the US, the canvas versions are priced at $1,155 for the 7 and $1,230 for the 7 Plus, according to quotes given to one of our PurseForum members by her sales associate at Vuitton. We don’t know US prices for exotics yet, but we’ll update this post when we find out. For the Eurozone market, a Malaysian Louis Vuitton sales associate on Instagram has quoted those prices as €800 and €859 for the 7 and 7 Plus in canvas, while she says crocodile will be approximately €3,500 and €3,800.

We’ve found no specific release dates for the cases yet, and our tPFers have been told several different things by their sales associates at Louis Vuitton; one shopper had heard the Etui will hit stores as early as late November (in time for holiday gifts!), while others have heard it’ll be January at the earliest. Either way, if you think you’ll be wanting on of these cases, it would be wise to contact your local Louis Vuitton boutique and put an order in now–we’ve seen enough chatter to think that these cases will generate a considerable wait list, and based on their prominent position on the runway and their pre-show tease on Nicolas Ghesquiere’s Instagram, Vuitton seems confident that demand will be high when they hit stores.

Even though four figures for an iPhone case was enough to make plenty of Vuitton-obsessed tPFers feel skeptical, the cases are far more detailed than the ones you see similar brands selling in the mid-three figures. Not only do many of the Petite Malle’s finishes make the transition from bag to case, but the Etui cases also come with a clochette to store the wireless earbuds that will now be necessary without the previous iPhones’ audio jack. It looks like the brand went to pains to ensure using the Etui case would be a luxury experience on par with that of its bags, which so far doesn’t really exist on the designer phone case market–designers have long been keen on making mini bags or folios for phones, but none of them have gotten particularly serious about creating luxe hard-shell cases, which are preferred by most consumers on the wider market.

Are you in love with the Etui or will you stick with something less expensive? Check out all the runway pieces below. 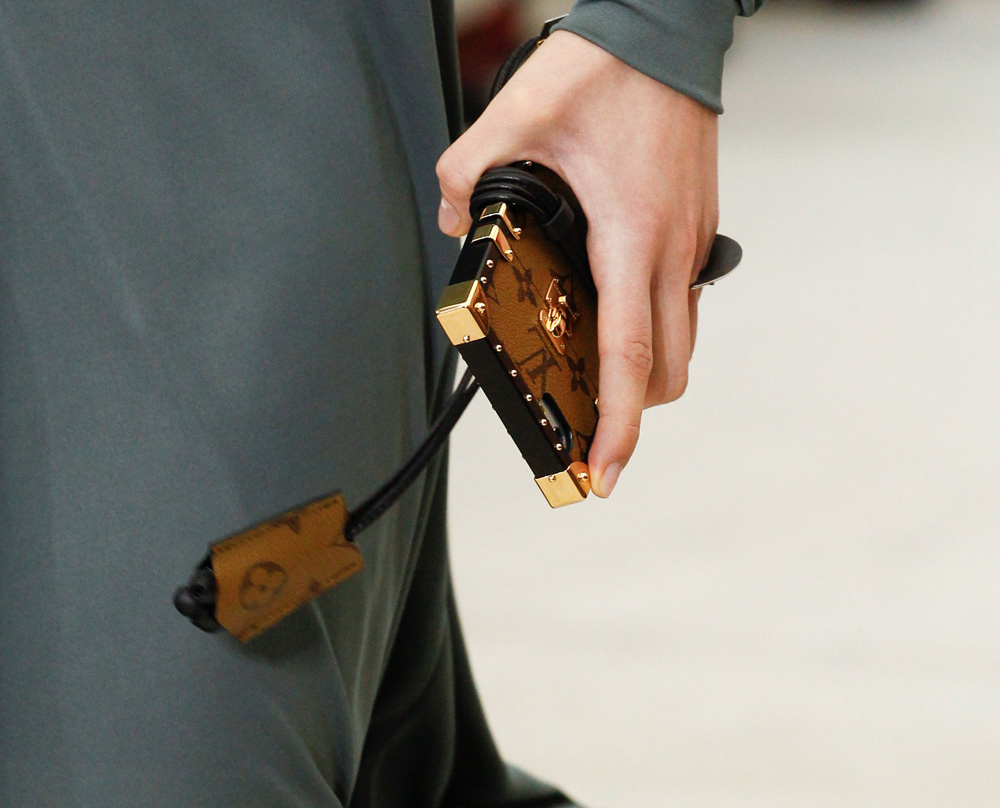 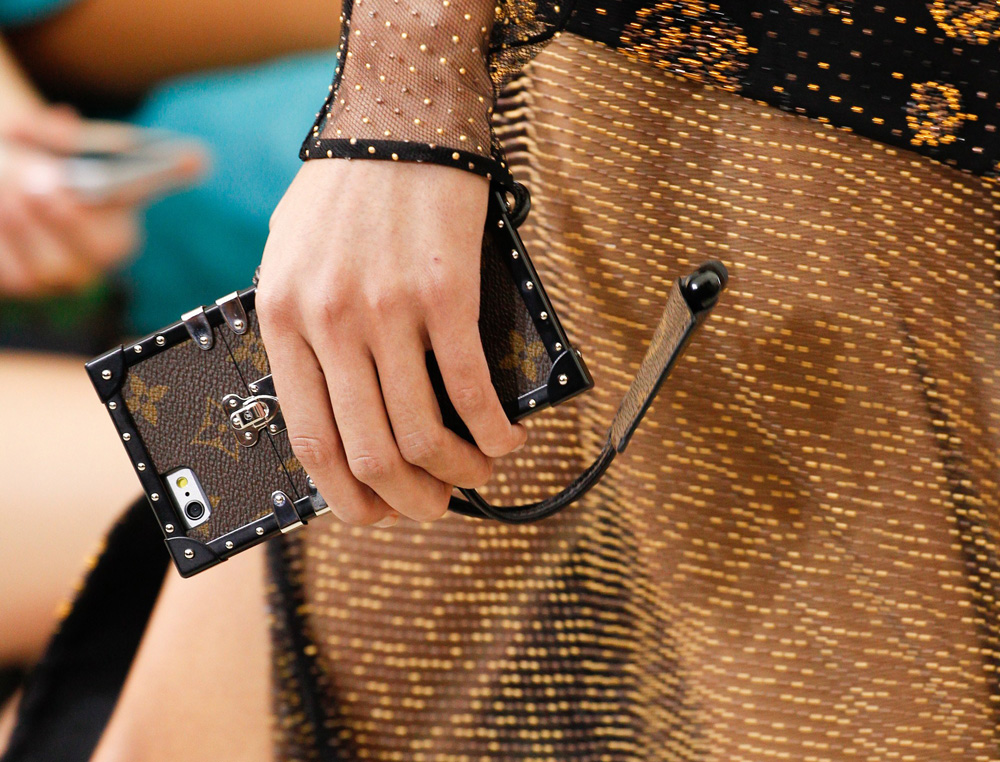 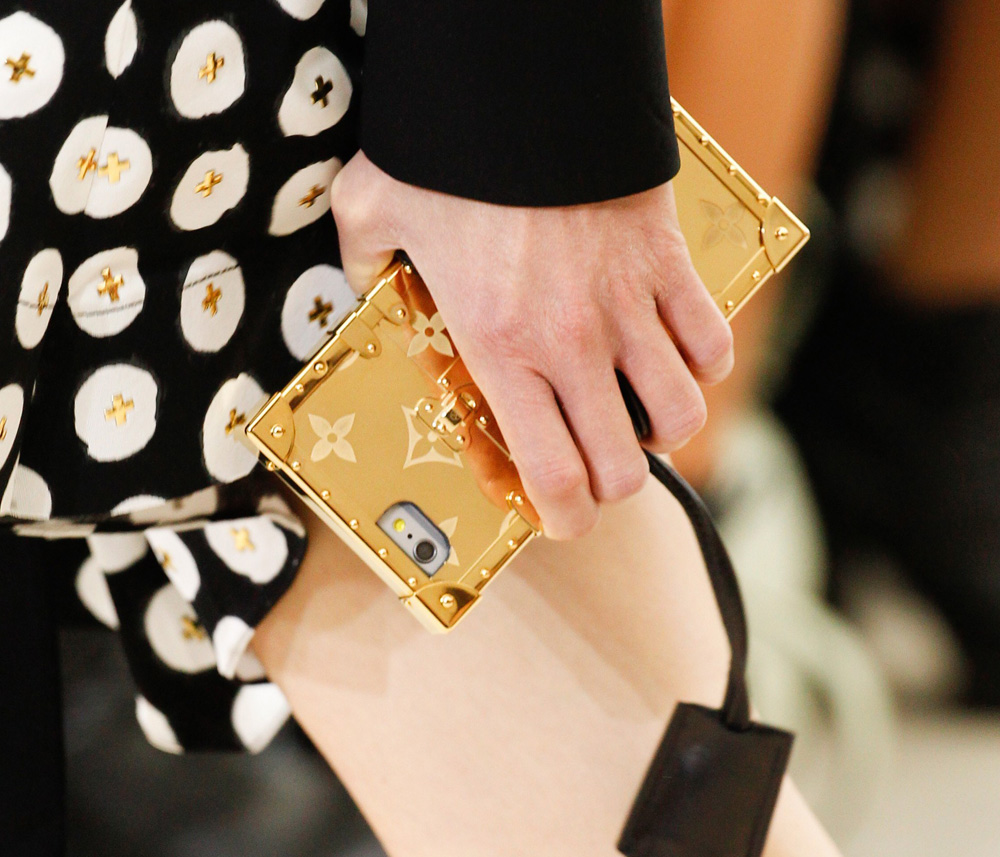 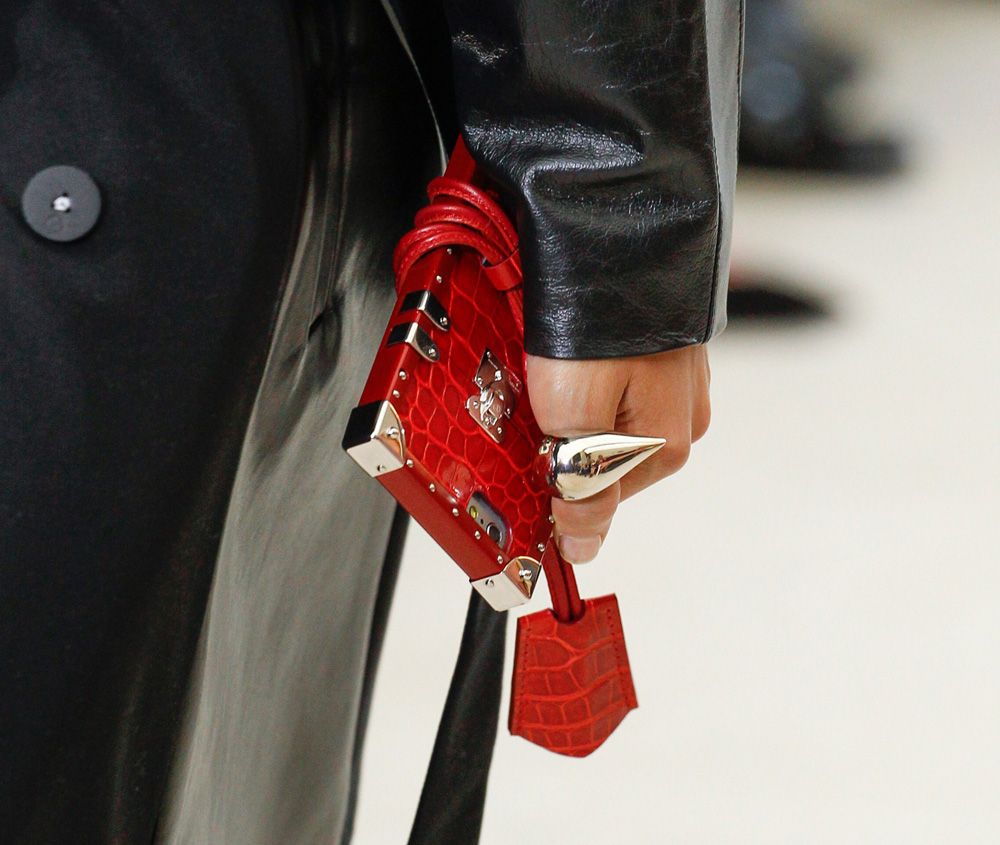 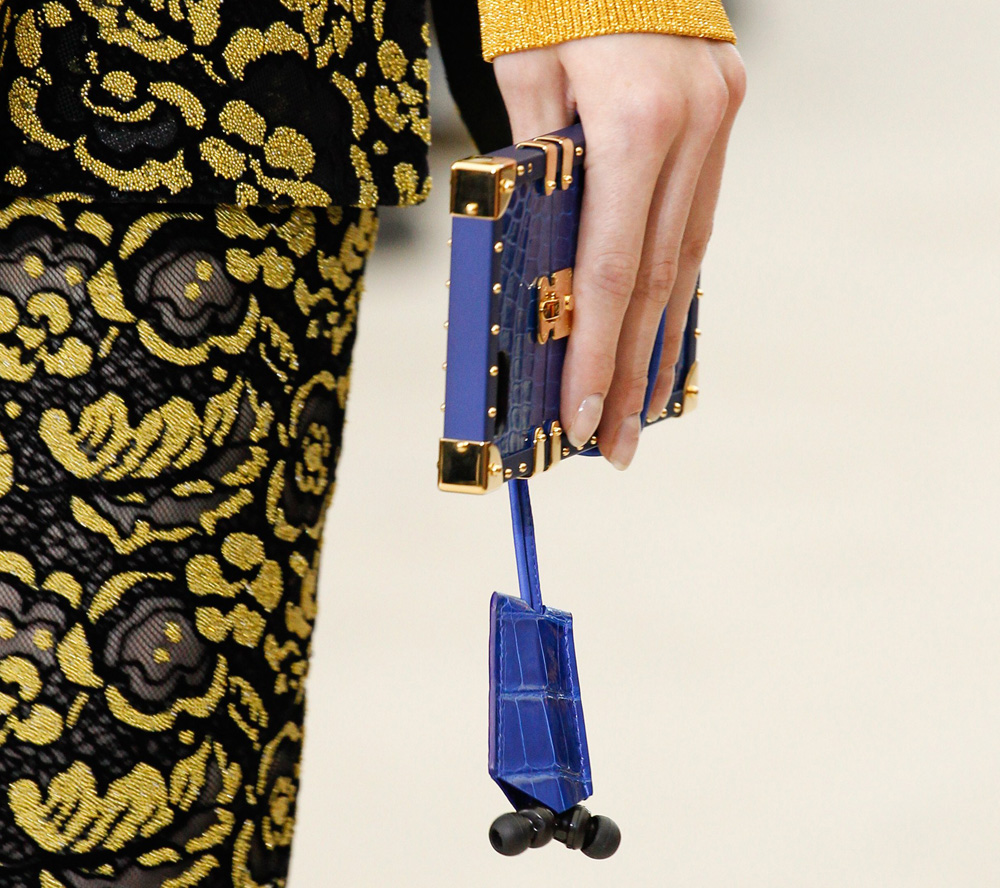 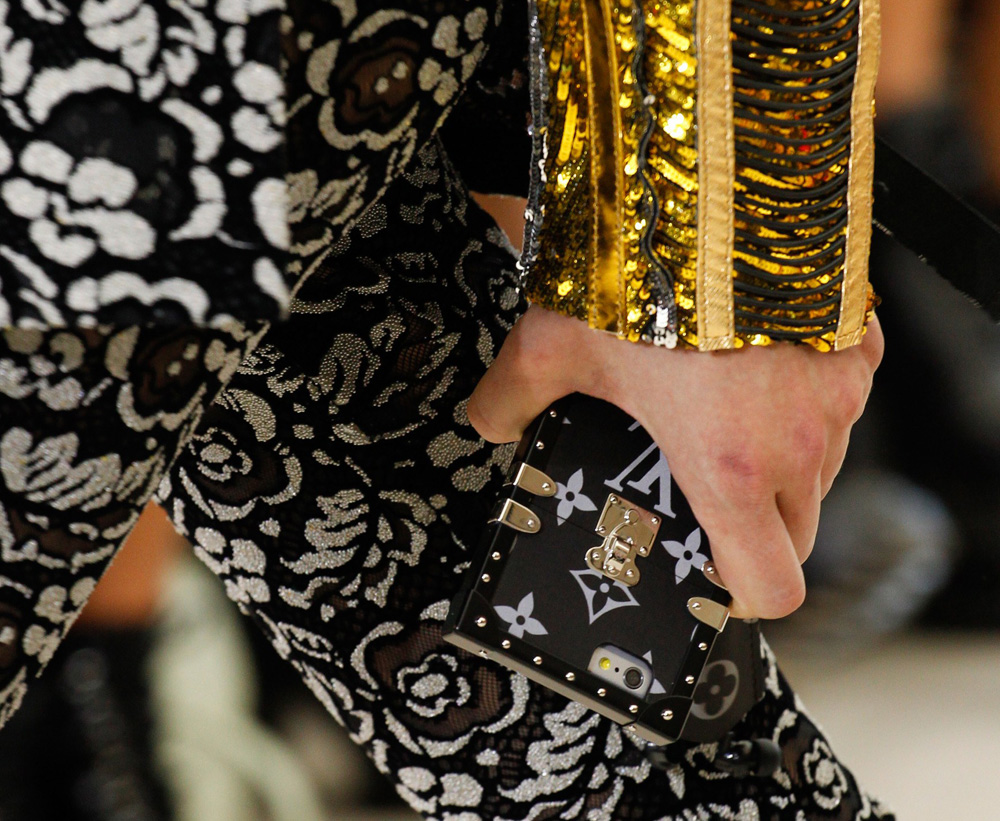 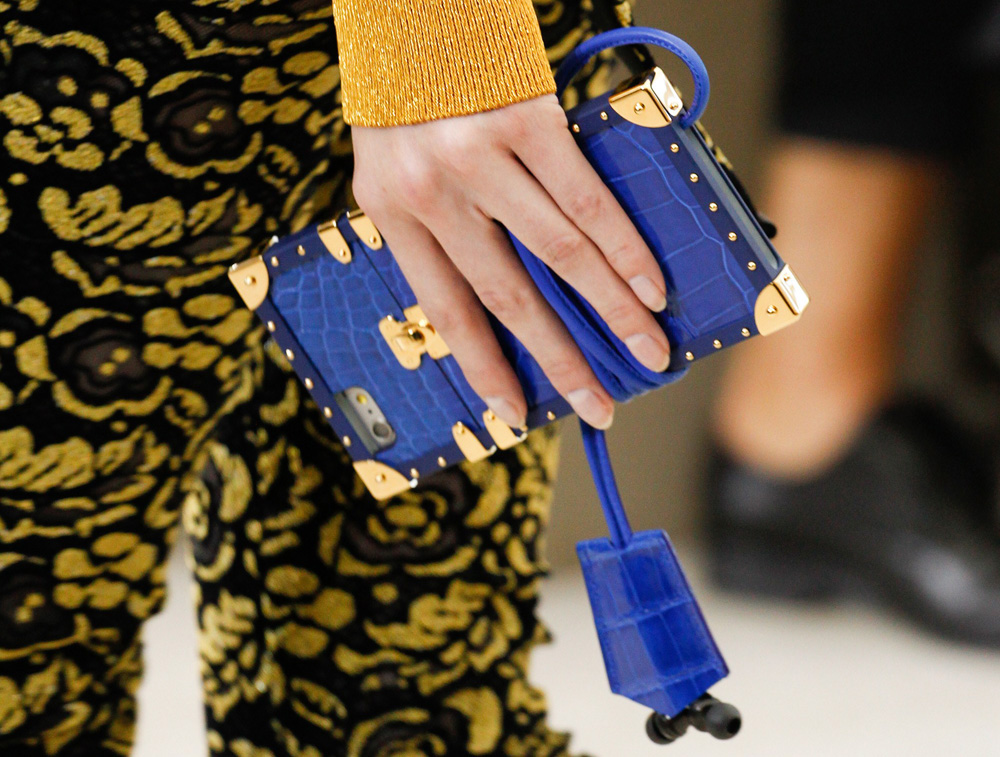 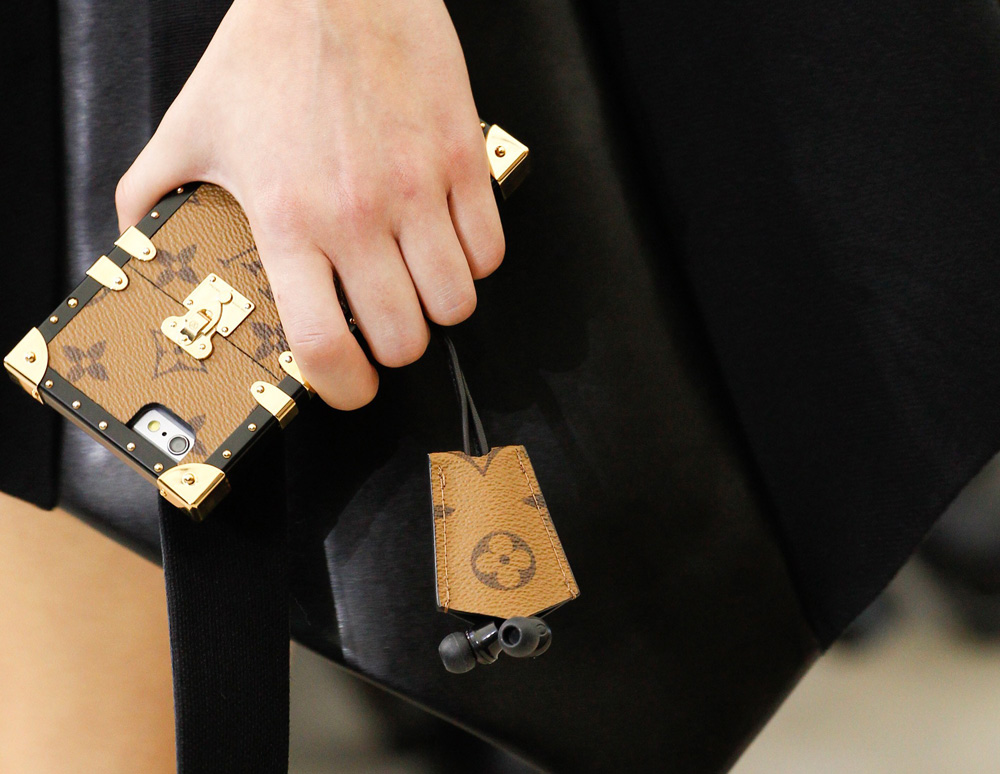 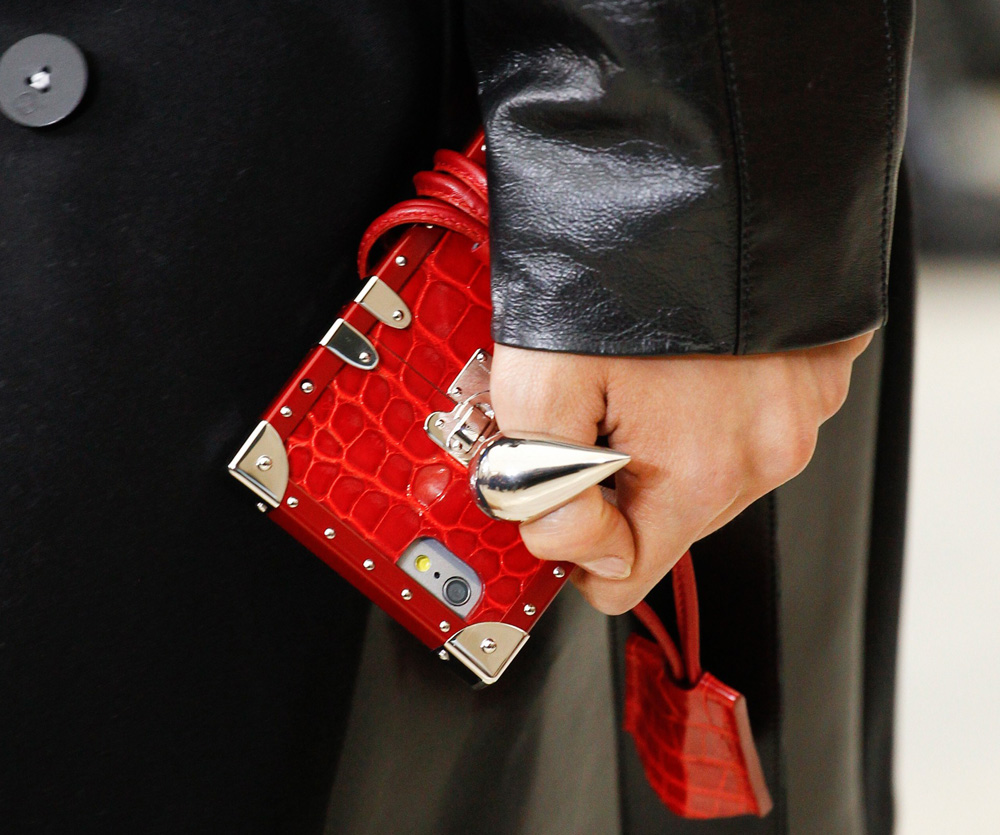 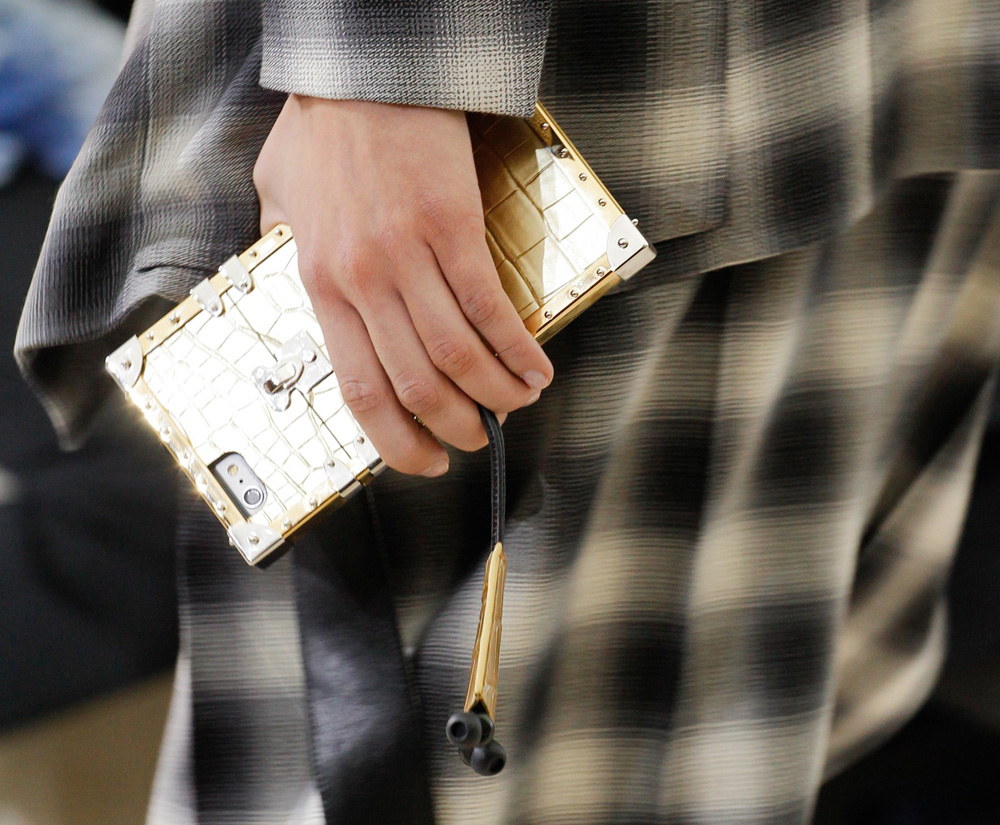