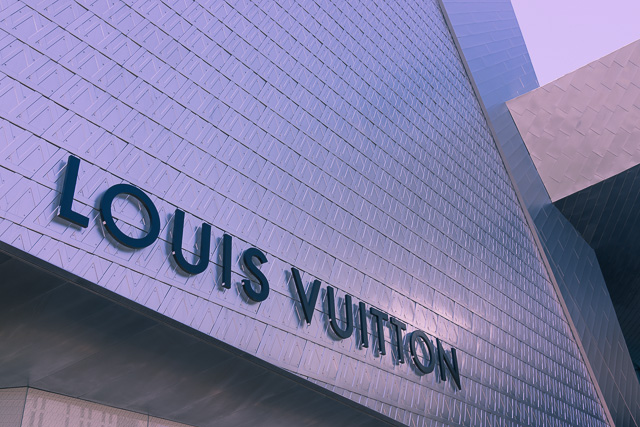 If you’ve been following this strange story since the beginning, you know that LVMH, the luxury conglomerate that owns Louis Vuitton, has been in some hot water with European financial regulators lately over CEO Bernard Arnault’s covert maneuvers to acquire a significant portion of stock from one of his company’s biggest rivals, Hermes. Regulators from European financial agency AMF believe that some of those tactics may have been illegal, or at least not on the spirit of the law, and on Friday hit back at Hermes with quite the penalty: 10 million euros, the largest fine allowable by law.

Over the past several years, Arnault has gone about amassing a whopping 22% of Hermes stock, making his conglomerate the largest single stakeholder in Hermes outside of the descendants of the Hermes family, who still own the business. Hermes is one of the last great holdouts from the luxury consolidation of the last two decades that gobbled up family-owned fashion houses and combined them into huge holding companies like LVMH and Kering (formerly PPR), and as one of the most fantastically profitable fashion brands in the world, its had its share of suitors. The heirs that own Hermes, though, are notoriously unwilling to give up the company, which has made penetration by outside interests nearly impossible. Arnault found a way to do it, though, and when he finally announced how much Hermes stock he had, both family shareholders and European financial officials balked.

Arnault, in filings examined by the New York Times that were intended to stop the AMF’s review of his company’s conduct, insists that his interest in Hermes is simply a strategic financial investment in a burgeoning company. The AMF rejected that argument, along with the argument that it had been improprietous in its investigation, on Friday. Instead, the AMF believes that Arnault used a number of covert financial tactics, including equity swaps and cash transactions, to maintain his anonymity while quietly building his Hermes stake.

Those cloak-and-dagger tactics will cost Arnault and his company about $13 million, but compared with how much money they stand to make with such a big investment in the booming Hermes brand, it might just be the cost of doing business. Arnault, for his part, maintains that he has no intention of buying Hermes, seeking a controlling share or even requesting board representation. Whether or not that’s true remains to be seen, but if it’s not, he might need to come up with some new methods – existing Hermes family members have pooled over 50% of the company’s shares into a joint holding, which should prevent the controlling stake in Hermes from leaving familial hands. If anyone could figure out how to do it, though, it’s probably Bernard Arnault and his team of financial wizards. If he’s so inclined, of course.