Just Can’t Get Enough: Salma Hayek and Her Gucci Bags 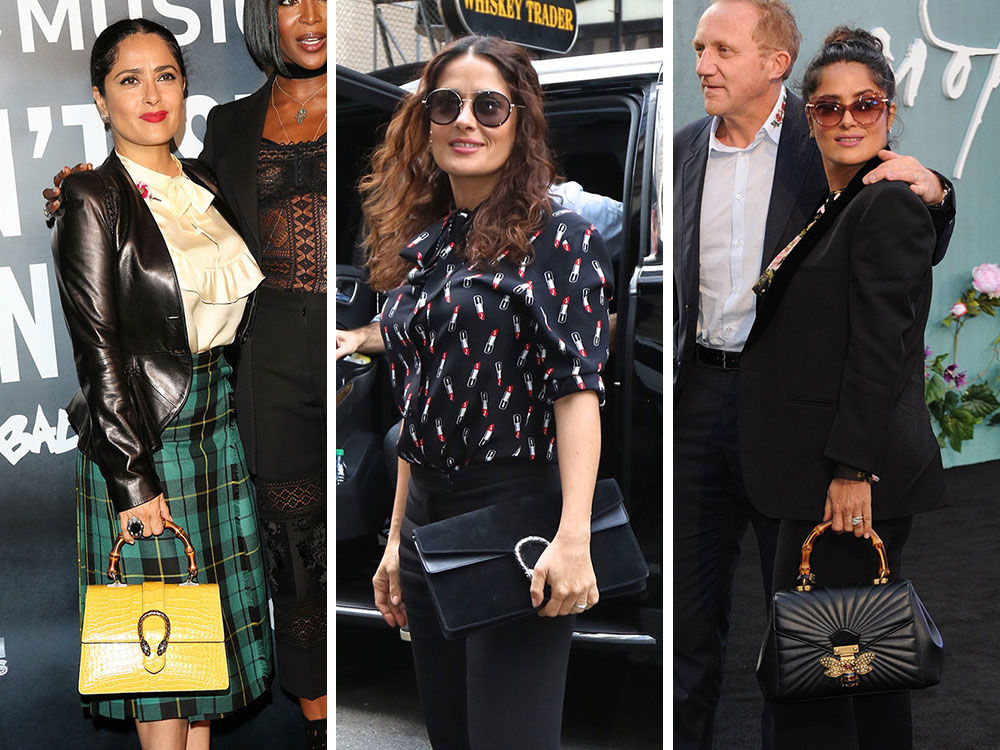 Salma Hayek has quickly amassed an extremely covetable collection of Gucci's hottest new bags in the last year, and I don't think we've given them their proper due until today. Salma owes a lot to the Gucci brand: According to internet lore, she was set up with her husband, Francois-Henri Pinault, by an unnamed Gucci exec. Francois-Henri is, of course, a billionaire with a "B" and the CEO of Kering, Gucci's parent company. This man literally has a vested interest in Gucci, so we suspect Salma's superior collection will only continue to flourish. And with the brand's full selection at your fingertips, wouldn't yours?

Here she is leaving her NYC hotel with a classically styled and logo-adorned Gucci travel bag. 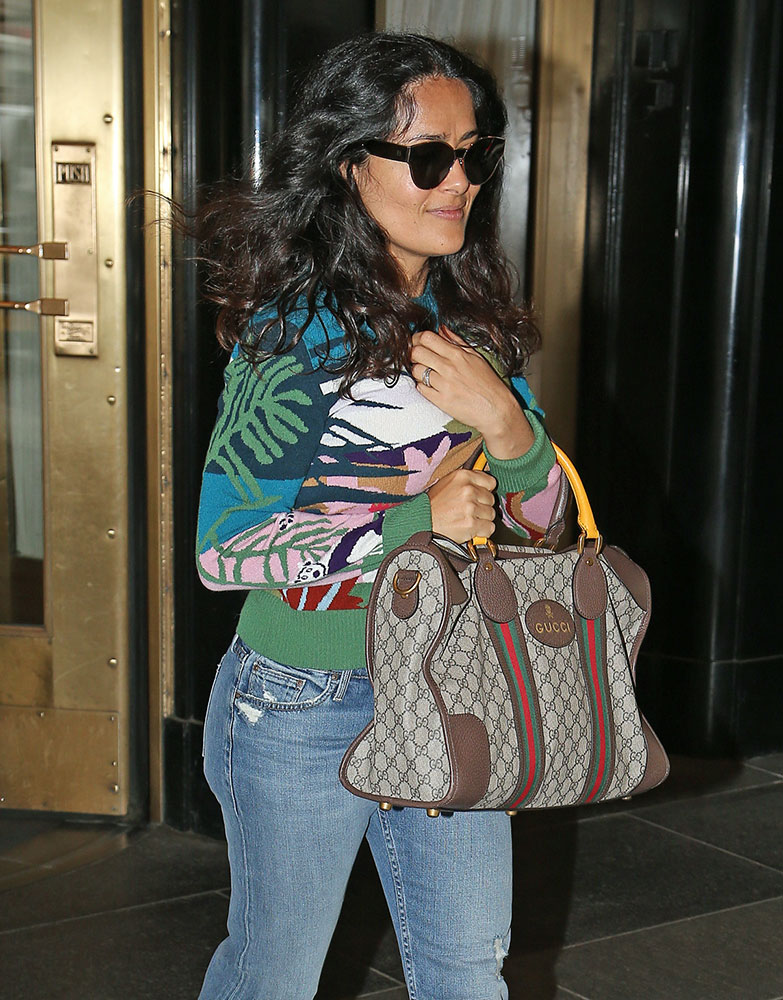 The Gucci Dionysus Clutch is a bag look that serves celebs extremely well when they're called upon to do more serious industry tasks, like sit on a Q&A panel at the Dolby Theater. 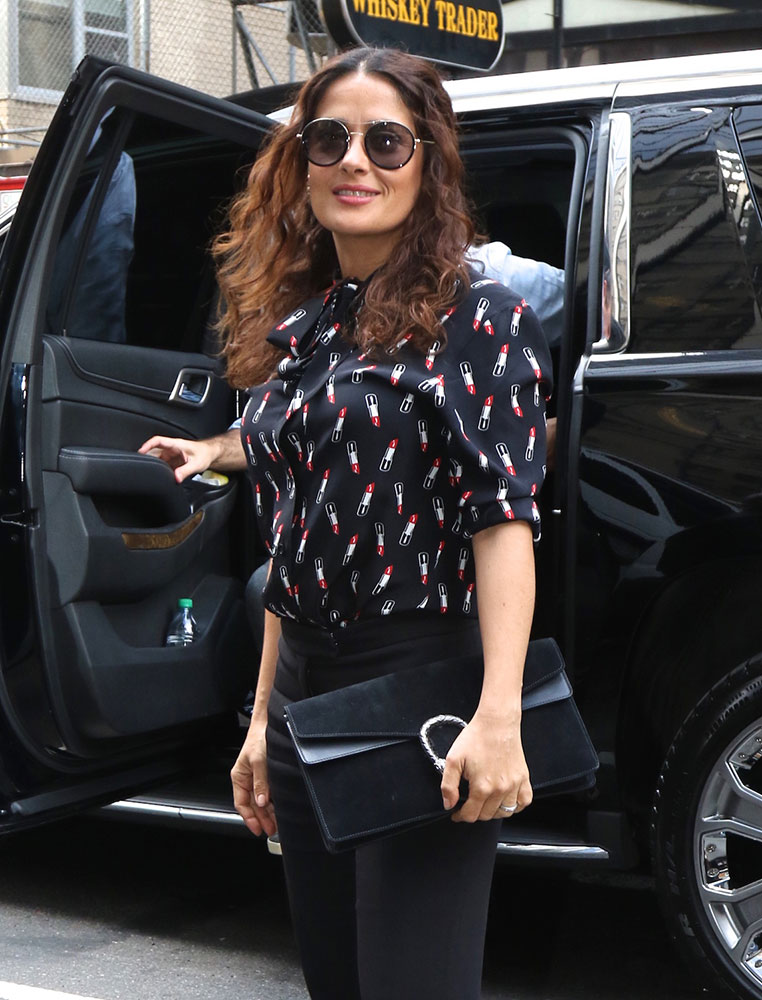 She also owns this fetching white Gucci Dionysus Hobo, which she carried to an appearance on Jimmy Kimmel. 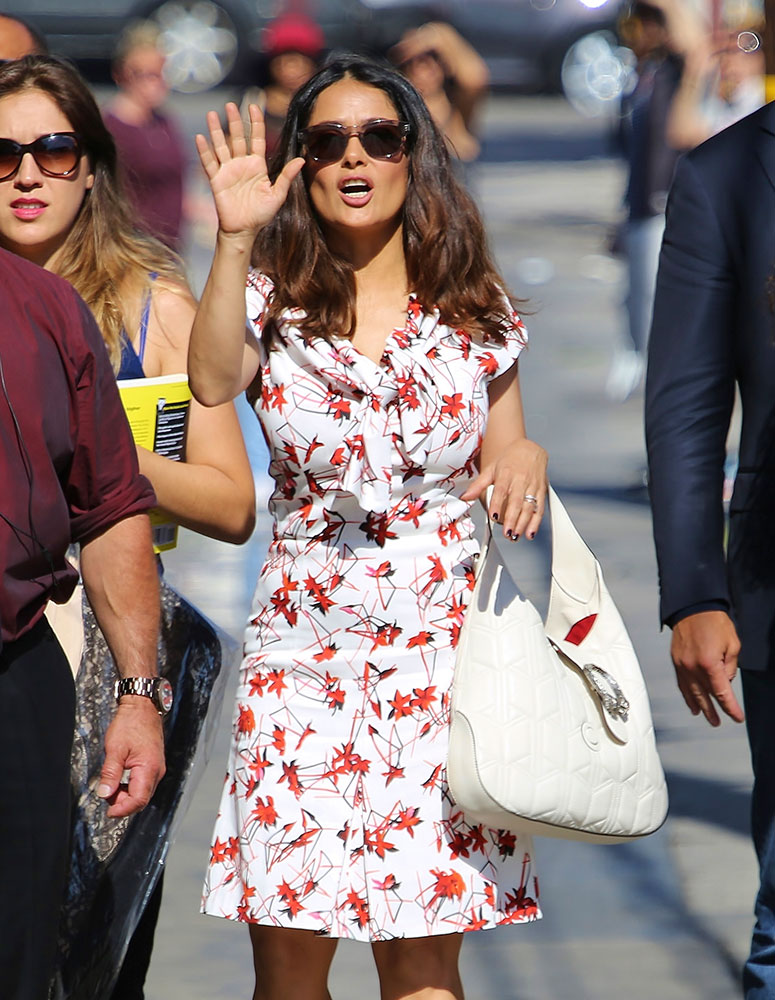 She brought this bright yellow Gucci Dionysus Top Handle to a London screening of P.Diddy's Can't Stop, Won't Stop: A Bad Boy Story documentary. That's Naomi Campbell standing next to her, of course. 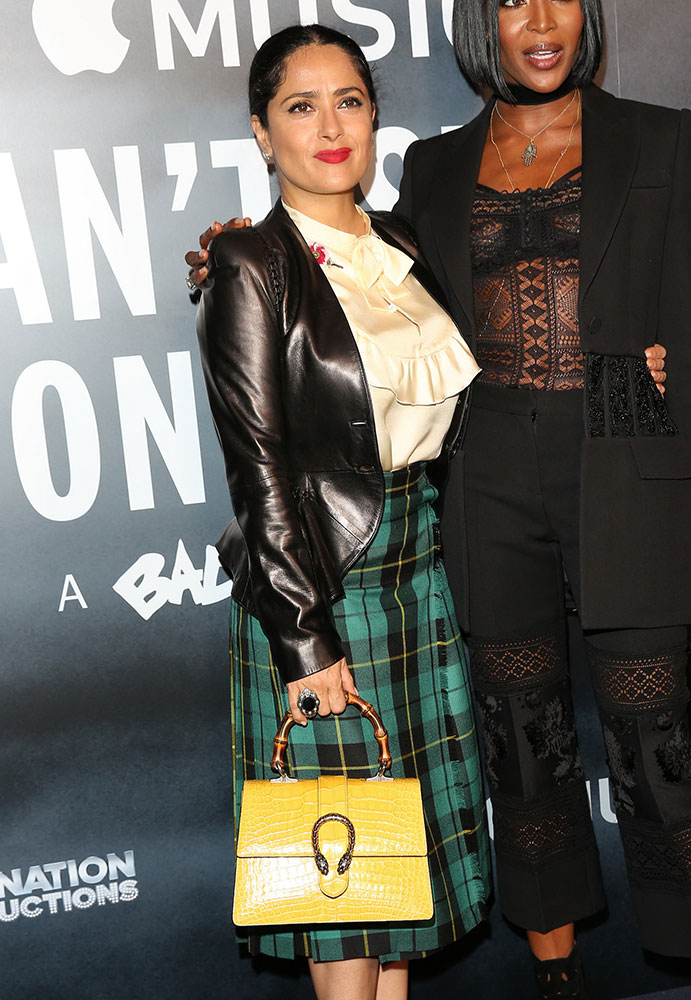 Salma relies on Gucci for her evening and event needs as well: Here she is carrying a beautiful Gucci Embellished Miniaudiere at the SAG Awards. Her ruffled yellow dress is also Gucci. 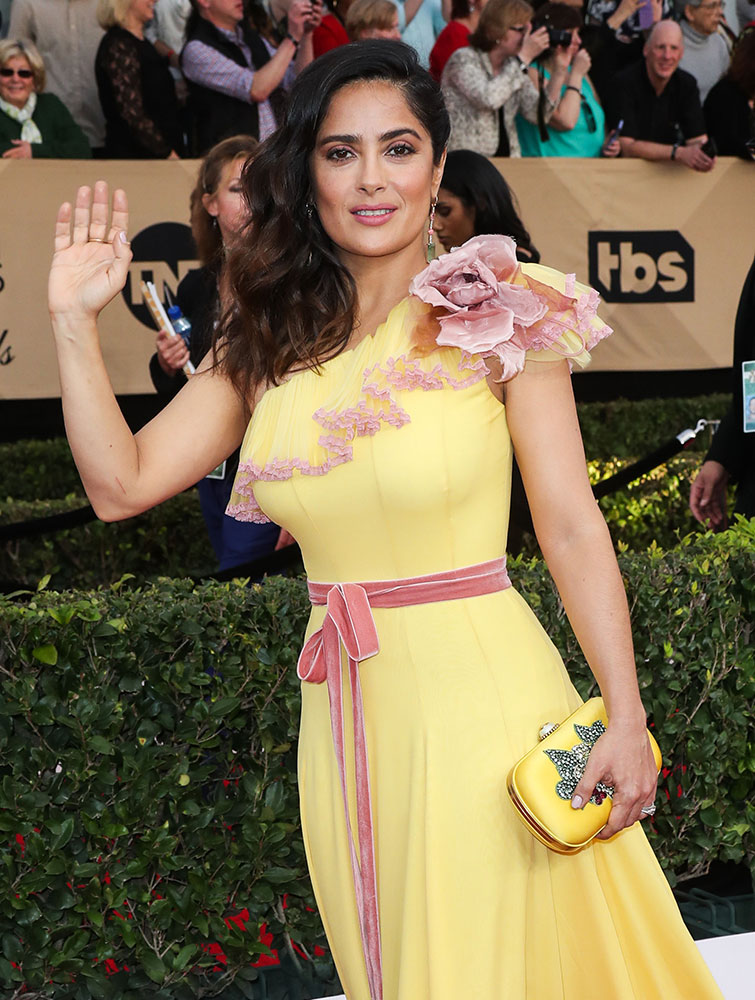 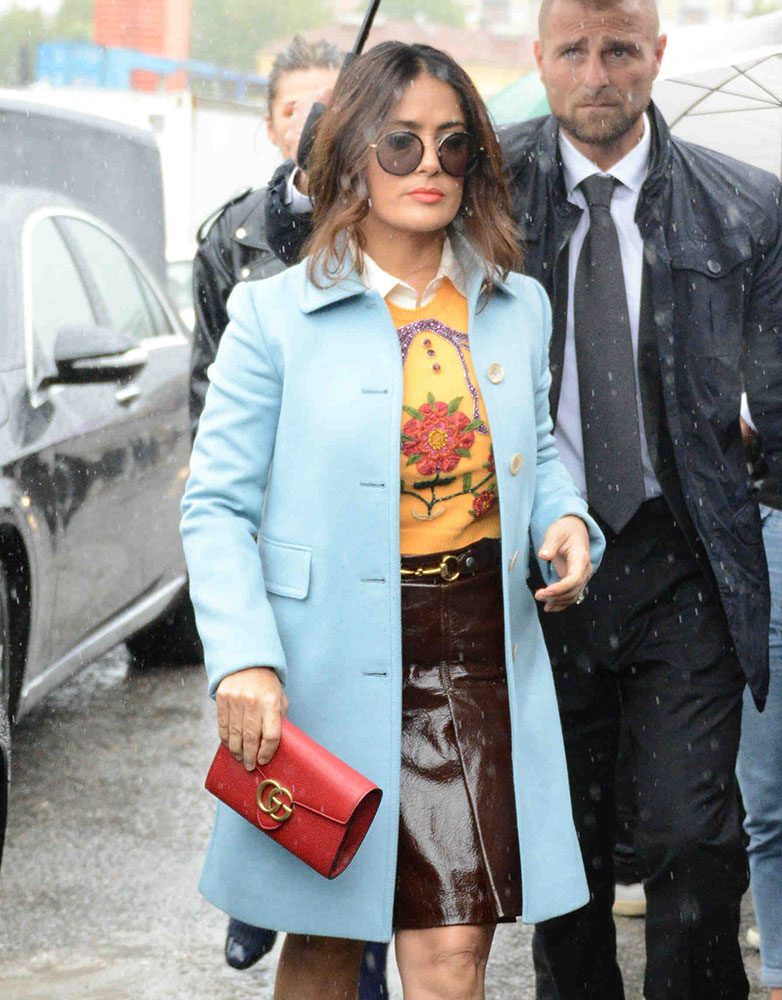 And she followed that up with this stunning Gucci Pearl Clutch that she brought to Gucci's Fall/Winter 2017 show in Milan. Salma is shockingly one of the only celebs I've ever seen carry this bag. 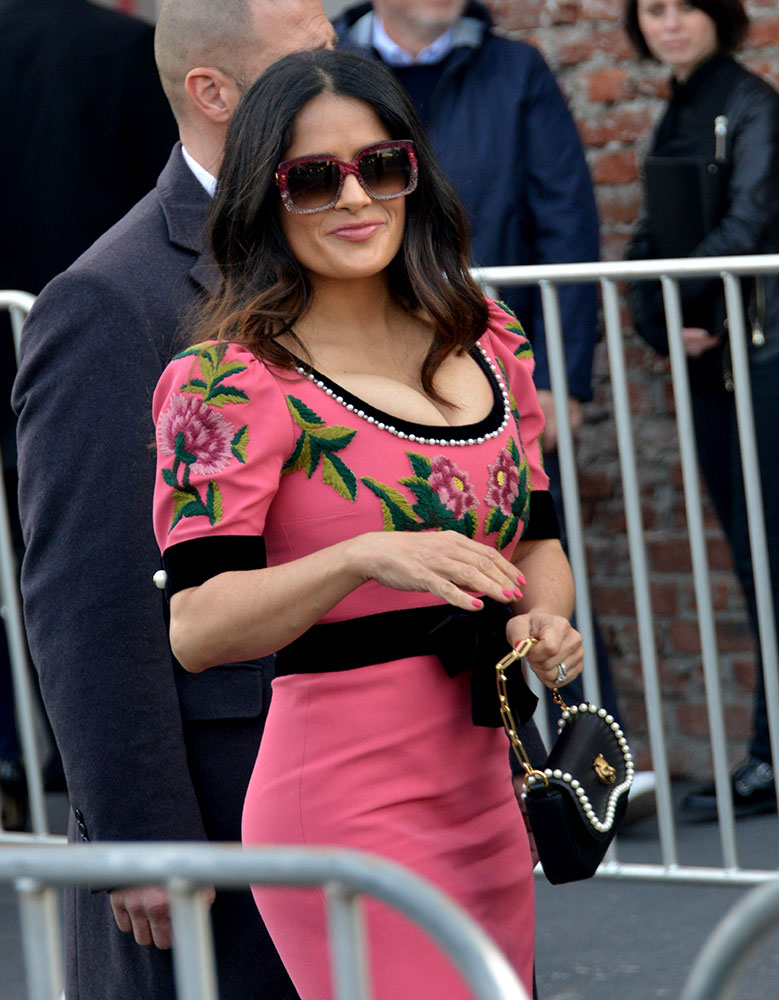 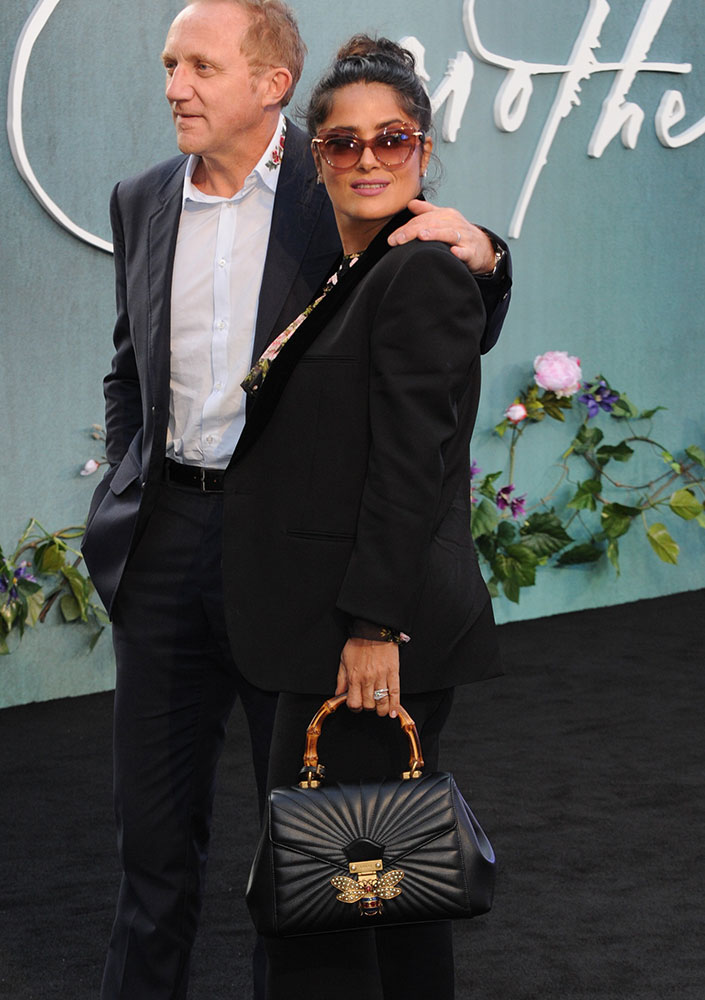