Givenchy Moves Away From the Antigona, Toward New Designs for Pre-Fall 2016 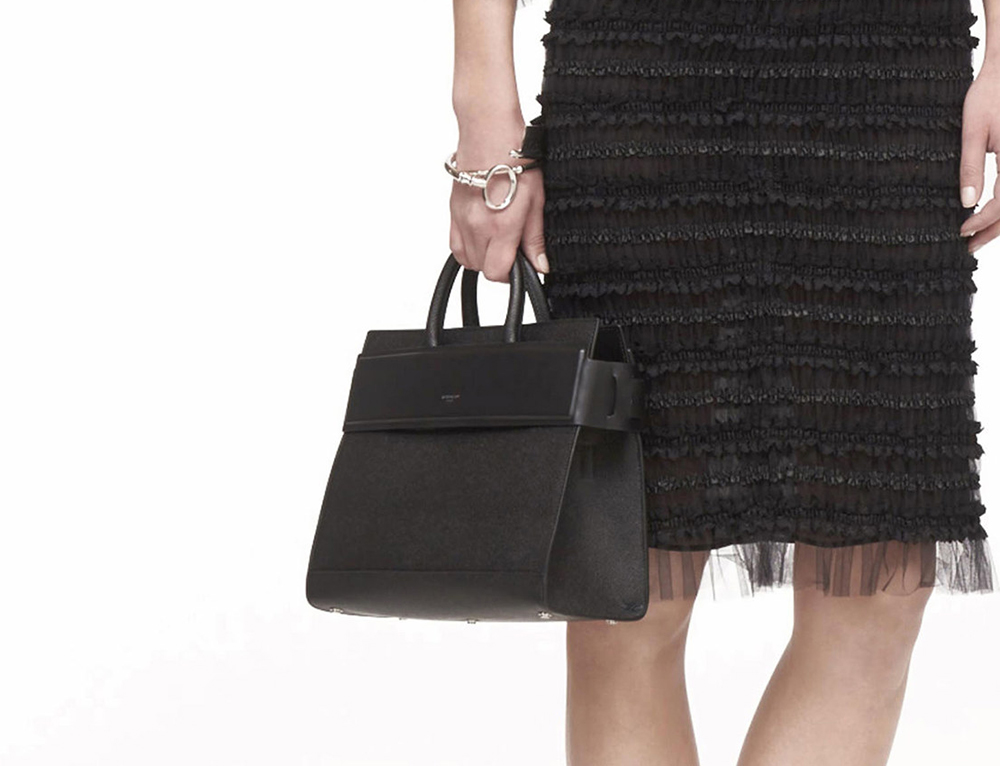 The Givenchy Antigona isn’t going anywhere anytime soon, but the super-popular bag is conspicuously absent from the brand’s Pre-Fall 2016 collection, photos of which emerged at the end of last week. Instead, some of Givenchy‘s more recent releases, plus a brand new tote, got the chance to shine.

The images Givenchy released for the collection didn’t include a handbag with every look, unfortunately, but there’s enough information here to draw some solid conclusions. Perhaps most importantly, it feels like Givenchy is readying itself to find a successor to the Antigona when the bag reaches the level of market saturation that all popular designs eventually do.

In addition to that, the monogram print we first saw on Kendall Jenner’s and Cate Blanchett’s bags over the holidays is also going to be available in embossed black leather, which feels more Givenchy-appropriate than the blue fabric on which it makes its debut. You’ll also see a clear emphasis on the relatively new Bow-Cut Shoulder Bag, which I love but wish had a better name.

There’s also a new satchel (tote? both?) that has minimalist finishing and an under-the-radar look that could be a big hit with consumers looking for a versatile bag. Take a look at the images below and let us know what you think in the comments. 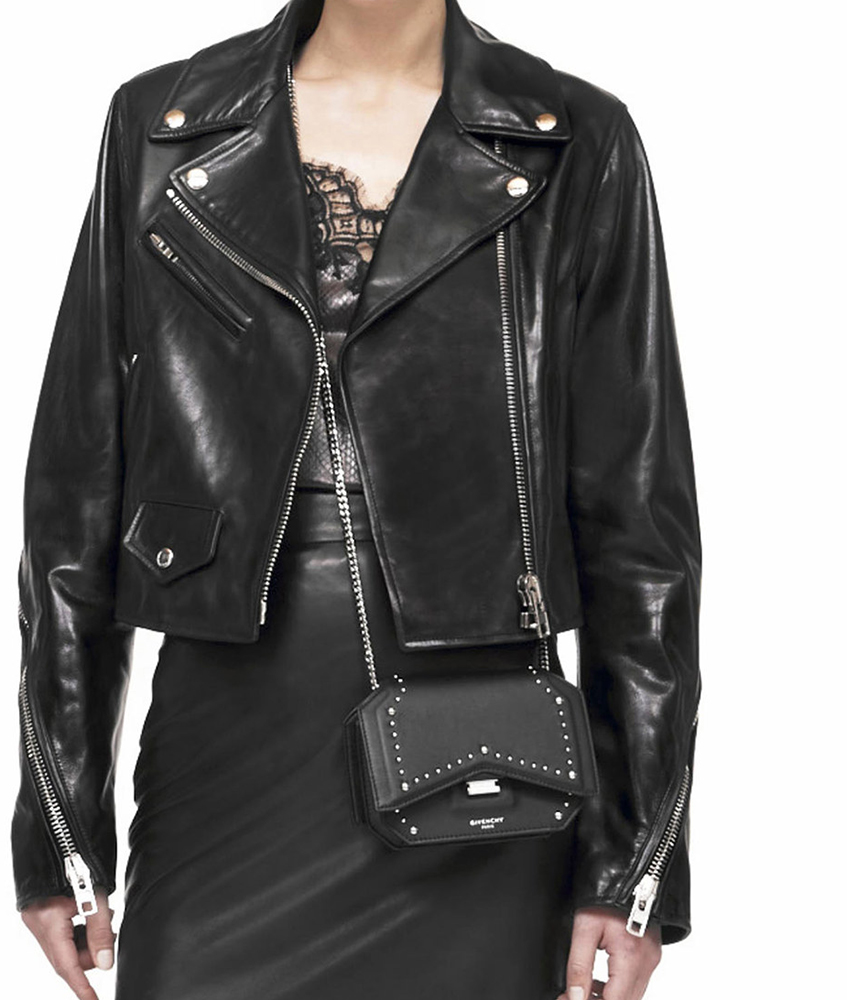 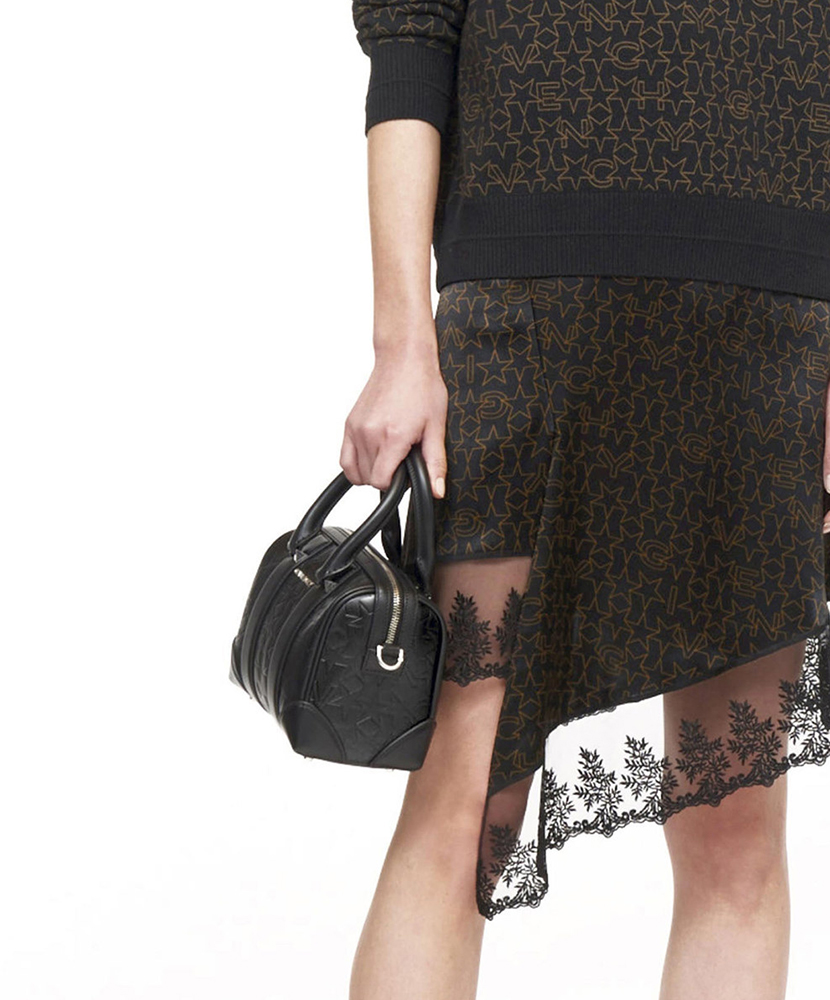 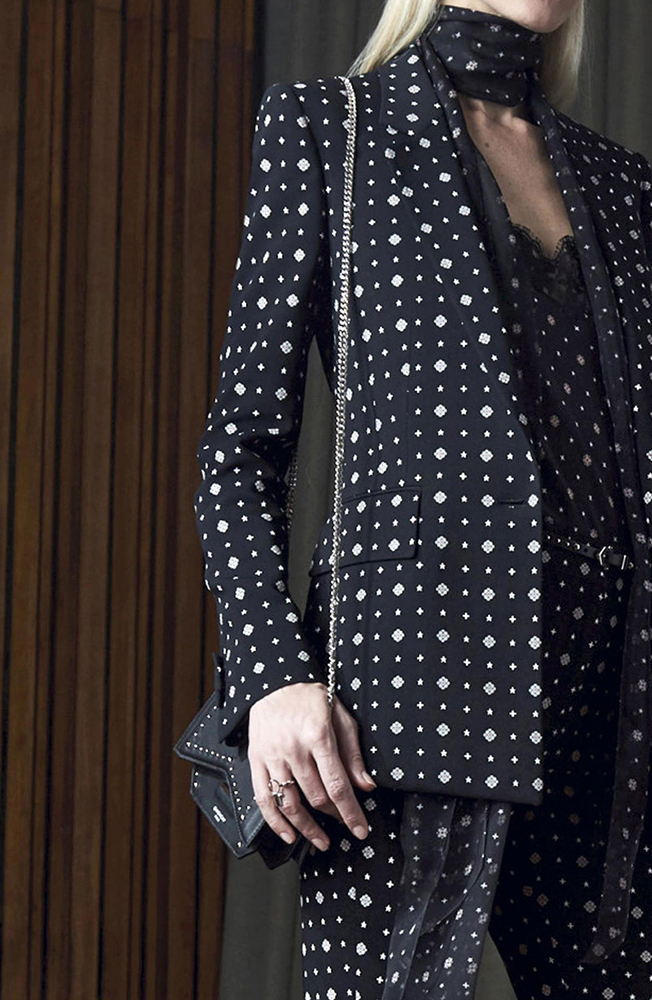 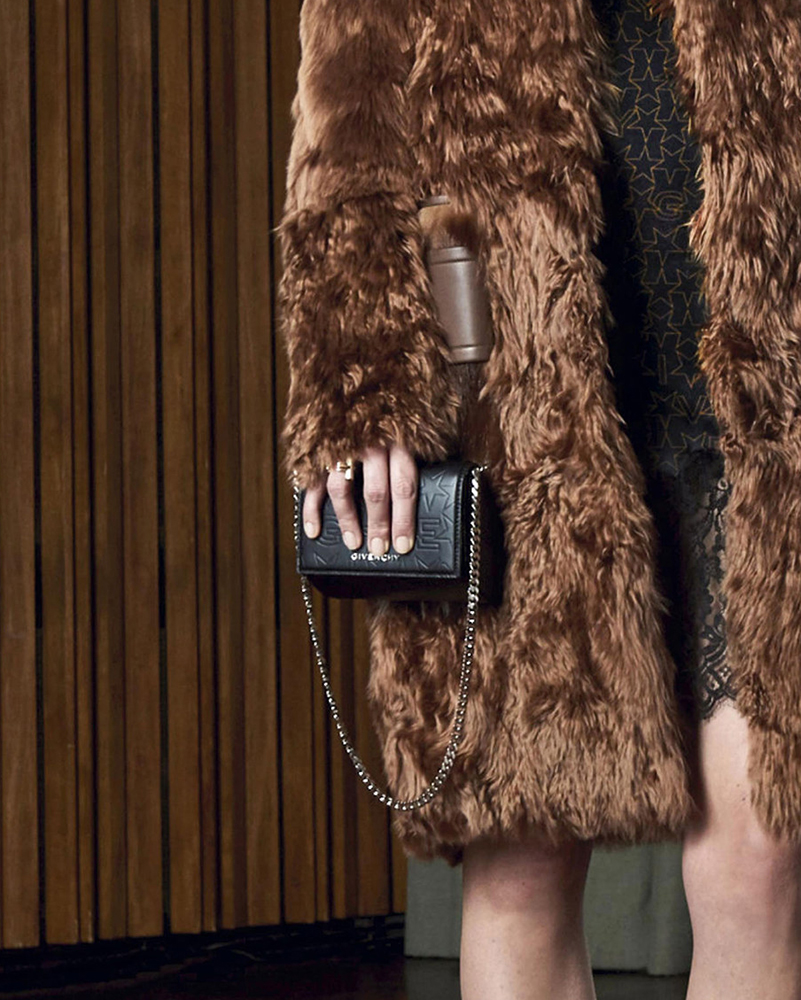 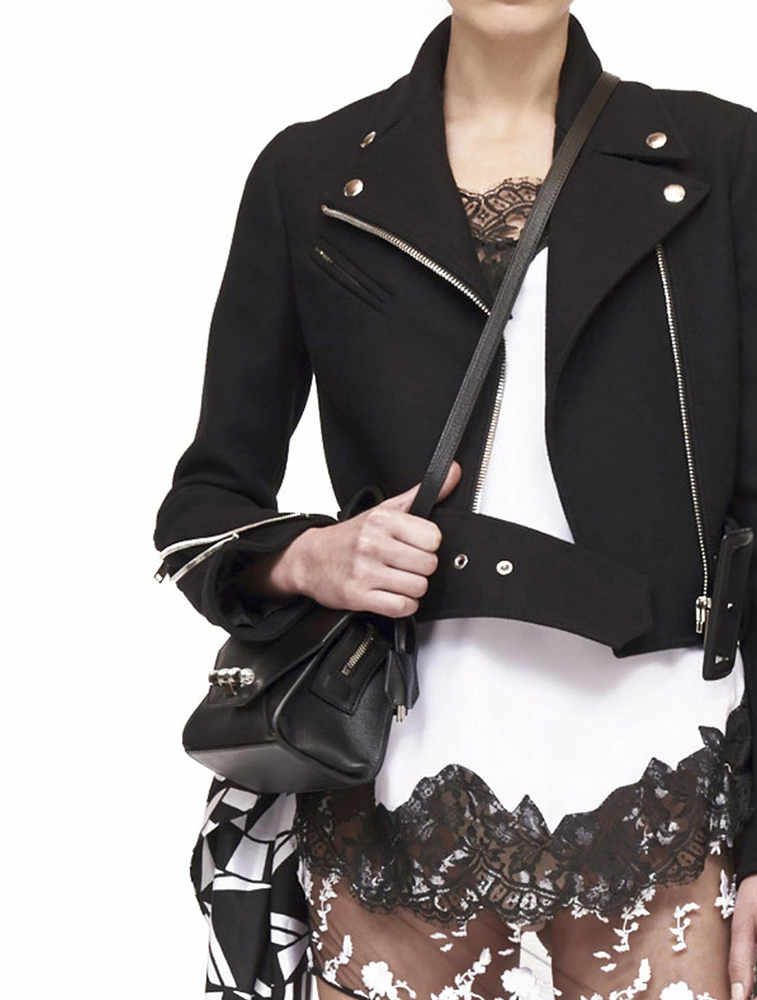 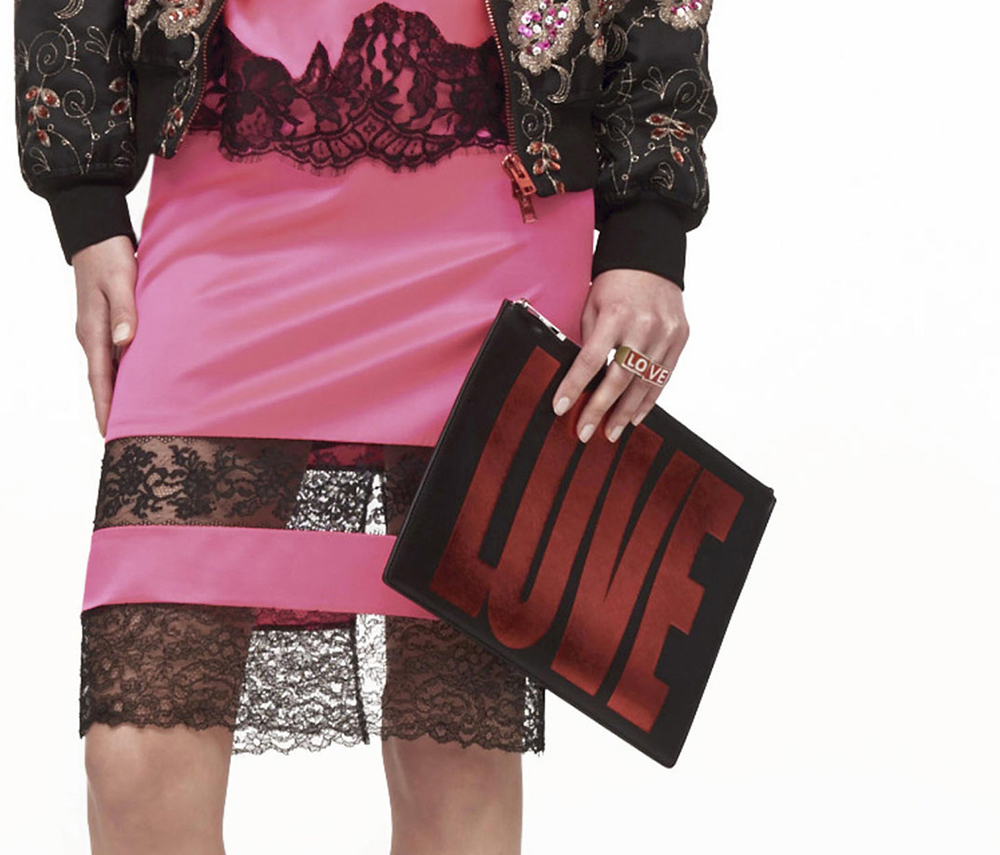 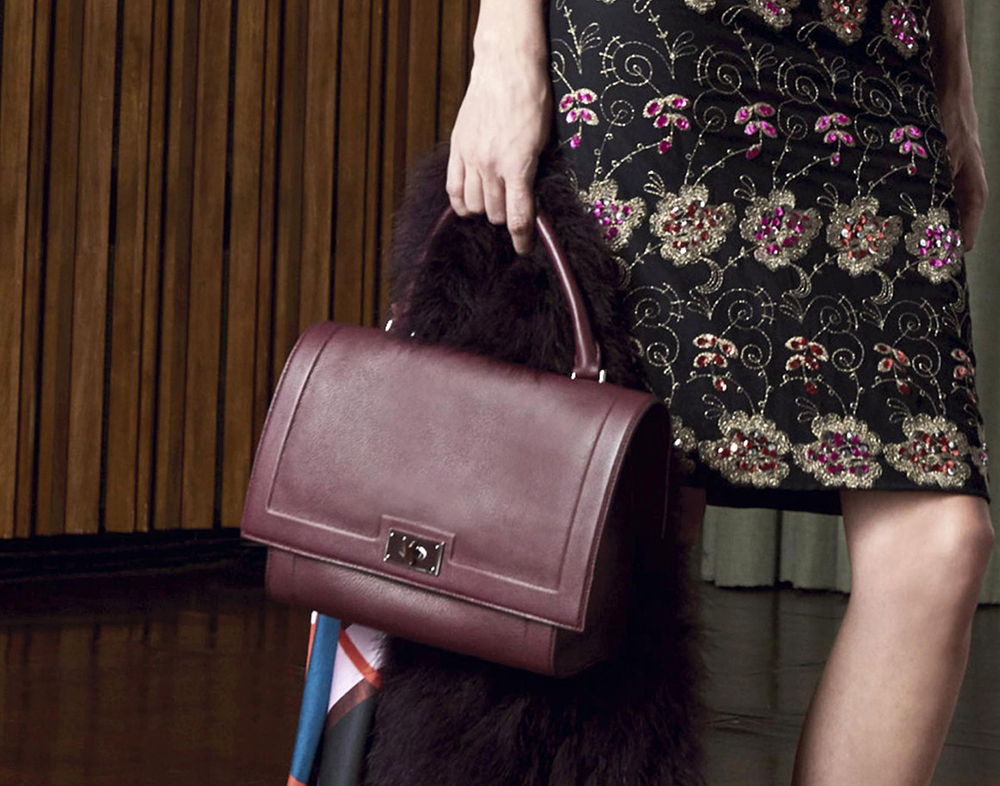 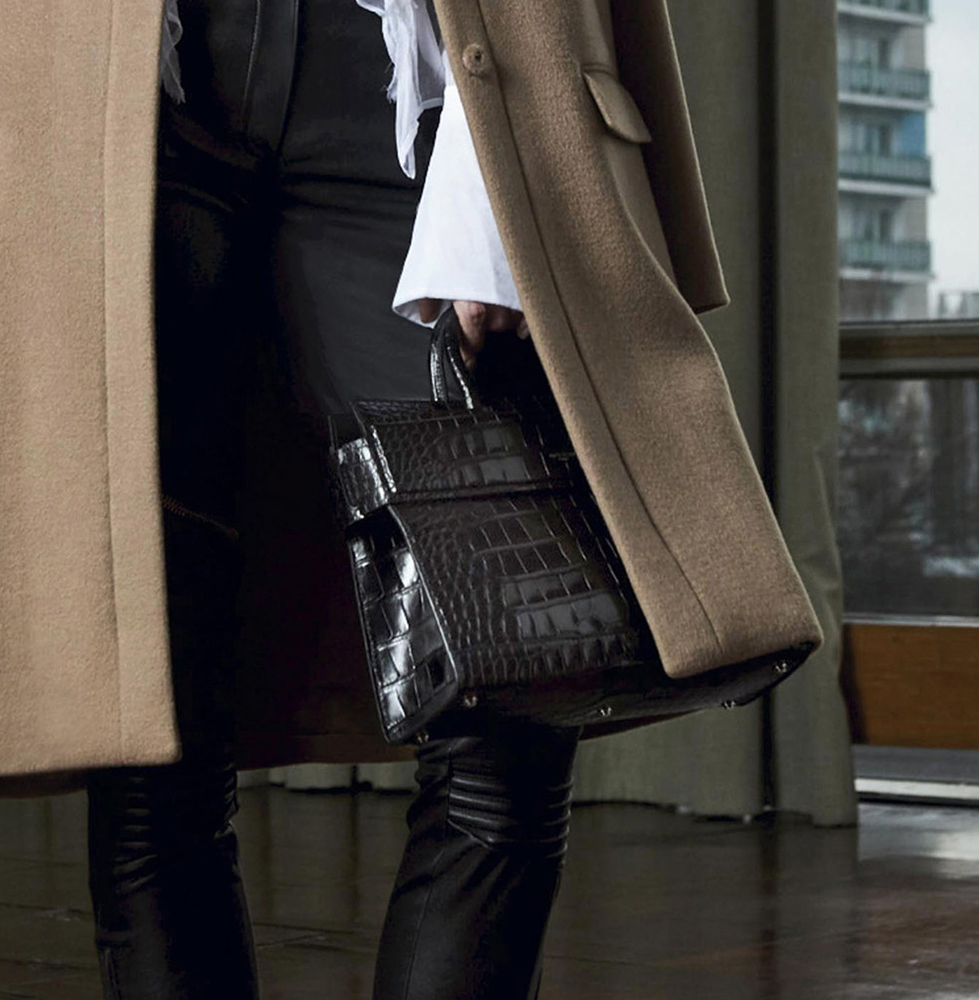 the satchel on slide 5 is GORGEOUS! so minimalistic and chic. Hope it will have a shoulder strap to make it more user friendly.

That’s the one that caught my eye too. I love it.

I would like additional Intel on this new tote. How you open the bag etc… It is perhaps Birkin “ish” or Sac du Jour “ish” but it looks pretty! Maybe that band around the top has some innovations that will set the bag apart from the others.

I like number 6. I equate Givenchy with innovative, cool girl styles. I’m really not getting this in these pictures.

I’m glad Antigona is on hold….it’s so overexposed.

I am feeling like everyone’s bags are looking alike these days. And brands are branching out into styles that don’t always fit their style. I wish someone would come up with a bag that is totally different and new. Really only Celine is keeping it super original…though I don’t know how functional all their bags are.

Maybe you’re not looking at the right brands….

I know what you mean. Have you looked at the Elie Saab F/W collection. There’s a few bags in there that don’t look like everything else on the market and I’d really like to own one or two. Would be nice to see PB cover the bags of Elie Saab (with prices!).
http://www.eliesaab.com/#/en/accessories/fw-2015-2016/bags/1/1

The bag in slide 5 is a copycat version of BOYY bobby bag and the Reed Krakoff RK 40. Has Givenchy run out of steam?

I love the motorcycle jacket in the top pic, and the exotic bag in number 9. Scrumptious!

My thoughts exactly! Everything else is just…”meh” :/

Such a nice collection of women’s bags I am feeling like everybody’s packs are appearing to be similar alike nowadays. Also, brands are fanning out into styles that don’t generally fit their style. I wish somebody would like to buy the trendy bags i have just visited a website just have a look on this. http://goo.gl/ITgfmu