Fendi’s Fall 2014 2Jours Line Will Include This Alligator Beauty 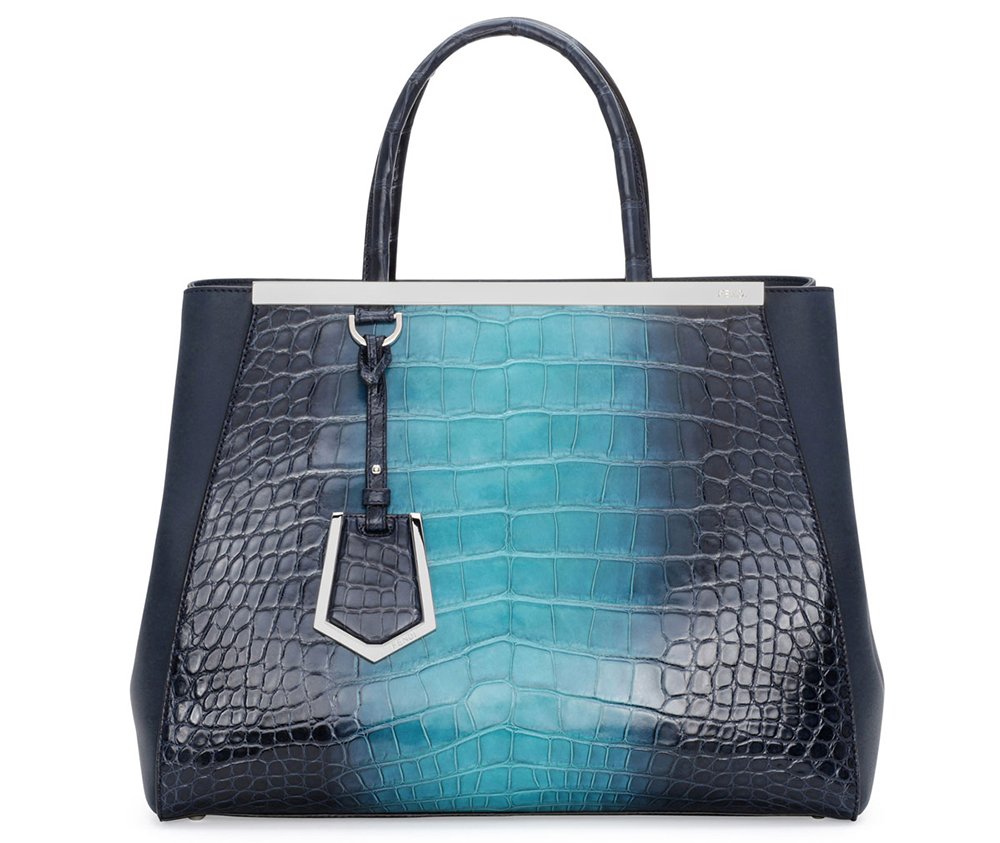 If you have an iPhone, you’ve probably seen the emoji with the heart eyes. It comes in both human and cat form, and when used correctly, it communicates the kind of starry-eyed adoration that’s so difficult to describe in words. When I came across the Fendi 2Jours Alligator Shopping Tote, my face became that emoji. Sadly, my wallet did not also suddenly become full of $28,000, but, you know. Details.

The Fendi 2Jours is among the accessories market’s most sought-after bags of the moment, and its classic shape, simple lines and minimalist finishing have lent themselves to versions both traditional and fantastical. Up until now, the brand has held off on delving too deeply into upper-echelon exotics, but with this beautifully color-varied bag, it looks like the game is on. And it’s about time – the design found easy acceptance in the ranks of the world’s pickiest bag fiends, and giving them something even more special to lust after tends to pay dividends.

If you’ve got some extra room in your AmEx limit, this be can be pre-ordered $28,000 via Bergdorf Goodman with an expected delivery no later than October 7.

Be still my heart. Simply divine.

*DROOL*
That bag is to die for!
If only I could buy it (or, better yet, be given it for free)

Yes to the latter, we’d like it for free too!!

I have died and gone to bag heaven!

That bag is to die for ! Just fabulous !

Cheap Discount Fendi Bags Sale Online, free shipping on all orders, save your money look at my name ^ ^