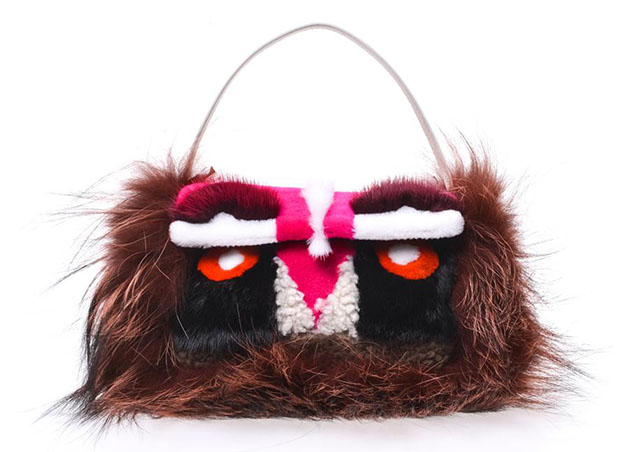 It’s been several months since I wrote about the Fendi Fur Monster Bag Charm, and I’m still sort of obsessed with it. I never counted myself as the kind of person who would buy an expensive, non-functional doohickey to adorn my already expensive, probably only semi-functional handbag, and yet, I’d gladly trot around with one of those little fuzzy rascals on my bag. Perhaps helpfully, the charms sold out at Neiman Marcus long ago, so I’m not even vaguely tempted to purchase one for myself, despite the fact that last week’s Instagram roundup reignited my love all over again.

If $700 for what is essentially a keychain still sounds like a lot for a keychain (it still does for me), nearly four grand for the similarly themed bag probably isn’t going to sound more reasonable, but rationality is obviously not the reason anyone buys luxury monsters. In fact, all the purchases of this Fendi product family were likely inspired by the exact opposite. If you have that kind of money to splash around on your sense of humor, more power to you – I’m sure you’re sending some Italian artisan’s kid to college as we speak. Buy through Matches for $3,915.