10 Chanel Bags That Every Bag Lover Should Know

When you think of Chanel, what comes to mind?

For many, Chanel is synonymous with the Classic Flap Bag. And while the Classic Flap is undisputedly one of the most important accessories in modern handbag history, there are over a handful of other bags that every handbag lover, Chanel fan or otherwise, should know. But, before diving in, let’s give ourselves a little history refresher.

Chanel Bags You Should Know

In 1983, Karl Lagerfeld was brought on as Creative Director at Chanel, and immediately it was known that change was afoot. Lagerfeld would go on to completely reimagine Chanel, and quickly he proved that his fresh perspective was exactly what Chanel needed.

Lagerfeld made it his mission to keep Coco’s legacy alive, and that legacy was referred to with every collection he designed. Karl Lagerfeld revolutionized fashion for the modern woman, and his bags, many now considered vintage, are still some of the most sought-after bags from the House of Chanel on the resale market.

In early 2019, news quickly spread throughout the fashion world, and beyond that Karl Lagerfeld passed away at age 85. The renowned designer and fashion icon had fallen ill but worked until the end. He was not just a designer or a creative director; he was and will forever be a celebrated pop-culture icon and one of the most well-respected creatives of our time. Following his passing, Chanel announced that Lagerfeld’s closest collaborator Virginie Viard would take over the creative reigns. Since her appointment, Chanel continues to pay homage to the legacies of Gabrielle Chanel and Karl Lagerfeld, and the list below encompasses all of that history.

In February of 1955, Coco Chanel debuted the iconic 2.55 Flap Bag. It was the brand’s first shoulder bag. Before the 2.55’s debut, it was unacceptable for women of considerable social status to carry a bag on their shoulders.

The bag was later reissued, hence the name of later versions of this bag, in 2005 in celebration of the bag’s 50th anniversary. Unlike other Chanel bags, which bear the iconic CC hardware, the 2.55 is finished with the Mademoiselle Lock, which gets its name from the fact that Coco Chanel never married.

The Chanel Diana Bag was designed by Karl Lagerfeld in the late 80s, and though it was only produced from approximately 1989 to 1995, it is one of the brand’s most popular vintage bags.

Inspired by Lagerfeld’s muse, Princess Diana of Wales, the Diana Bag is defined by its flap silhouette and quilted leather with smooth leather bordered trim. It very closely resembles the Classic Flap (more on that later), which Princess Diana often carried.

The Chanel Camera Bag was inspired by the bags in which photographers carry and store their cameras. The rectangular-like body with a top-zip and long strap first appeared in Chanel’s collections in the 1980s; thus, Chanel Camera bags were designed under the direction of Karl Lagerfeld.

Camera bags remained part of the Chanel brand for years. Though they are not as widely beloved as Chanel Flap bags, they are a solid choice for collectors.

Did you know that the big H is not the only brand with a Kelly bag in its lineup? The now-discontinued Chanel Kelly was phased out in the late 2000s, and its vintage mini versions are quite popular on the resale market.

Arguably one of the most iconic and recognizable handbags of all time. The Chanel 11.12, known by most as the Classic Chanel Flap, is a reinterpretation of the Chanel 2.55 bag.

Karl Lagerfeld helped the 11.12 hit icon status in the early 1980s by adding new details. It was then that Lagerfeld added the now-signature interlocking CC lock. The name 11.12 is derived from the original style code given to the Medium Classic Flap (A01112), which was the OG of the Classic Flap family. 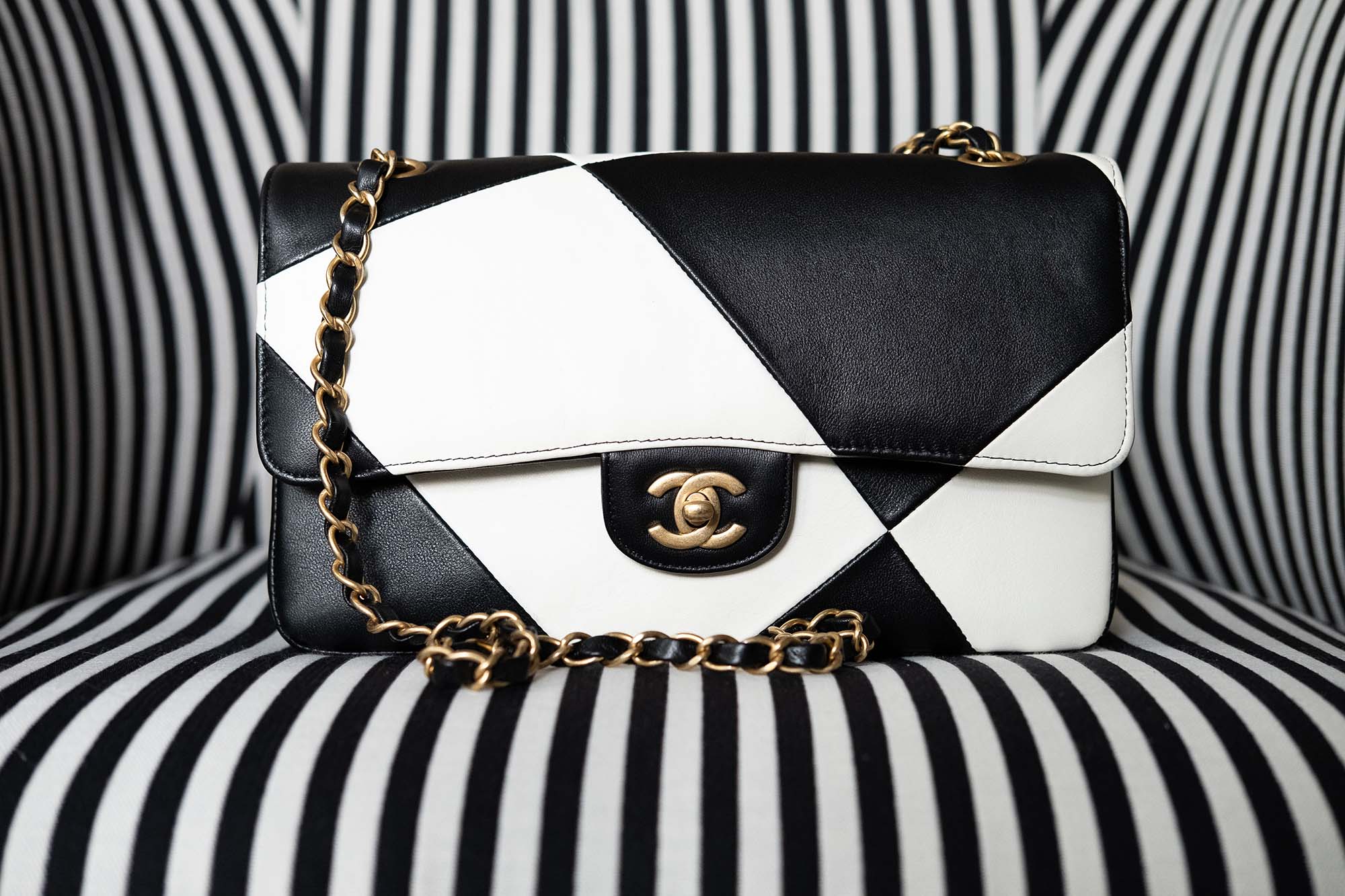 The Chanel 19 Bag will remain a part of handbag history as it was Karl Lagerfeld’s last design for the House of Chanel before his passing.

Numerology has remained a big part of the Chanel DNA, and it rings true once again with the Chanel 19 Bag. The 19 Bag was designed by Lagerfeld alongside Virginie Viard, and it is said to be a nod to the Classic 2.55 bag, hence its numerical name. The 19 has already been reimagined, becoming a new House classic. 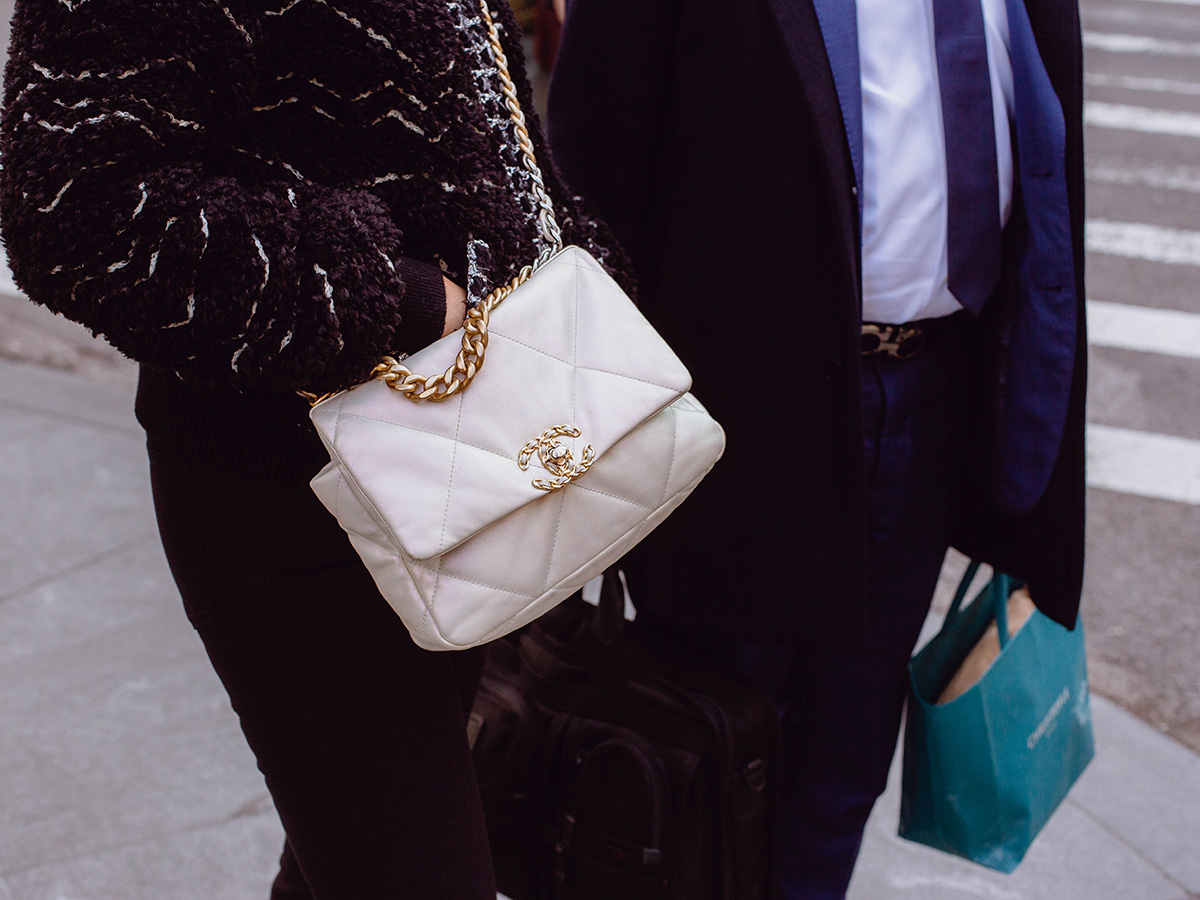 It’s hard to believe that the Chanel Boy Bag made its debut ten years ago already, but Le Boy is, in fact, 10. The Boy Bag was a significant release for Chanel because it was the first time Chanel put most of its marketing efforts toward one big release.

The Boy Bag was meant to capture a younger consumer, and capture them it did, quickly becoming an icon of a generation and an integral part of modern handbag history, signifying a new era for Chanel. 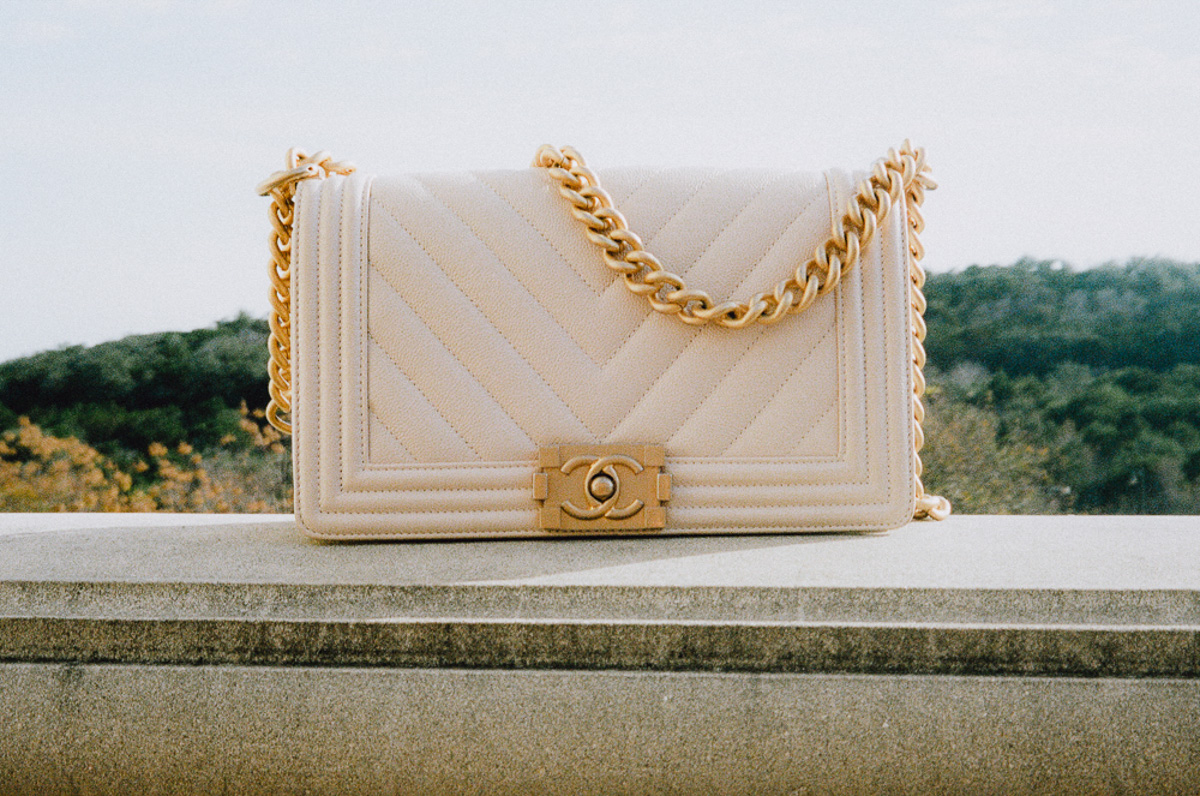 The Chanel Wallet on Chain (WOC for short) was launched in 1997, and it has become a must-have for many Chanel collectors.

Tiny but mighty, the WOC is Chanel’s most compact yet efficient bag. Part wallet, part clutch, part bag, the most notable feature of the WOC is its multiple ways of carrying, all at a price point that is much more affordable than other Chanel collector’s items.

The Chanel Coco Top Handle Bag is one of the newer House icons, named after the iconic Gabrielle ‘Coco’ Chanel. Launched for the Spring/Summer 2015 season, it perfectly combines a top handle bag and a flap bag.

The Coco Handle boasts many staple brand signifiers like the classic Chanel CC turn lock and quilted leather. As a bonus, its chain strap is detachable for added fashion—and function.

Like it or not, the Chanel 22 is a bag to note, as it was the first big solo push from Virginie Viard. Though the 22 was met with a fair amount of resistance, it continues to be a significant product for the brand.

While this bag is inherently more casual than any other bag on this list, it’s also important as it shows the new direction Chanel is taking while still embracing its most iconic house codes like the quilted leather, metal chain strap interlaced with leather, and the Chanel signature logo which complete the more relaxed silhouette. 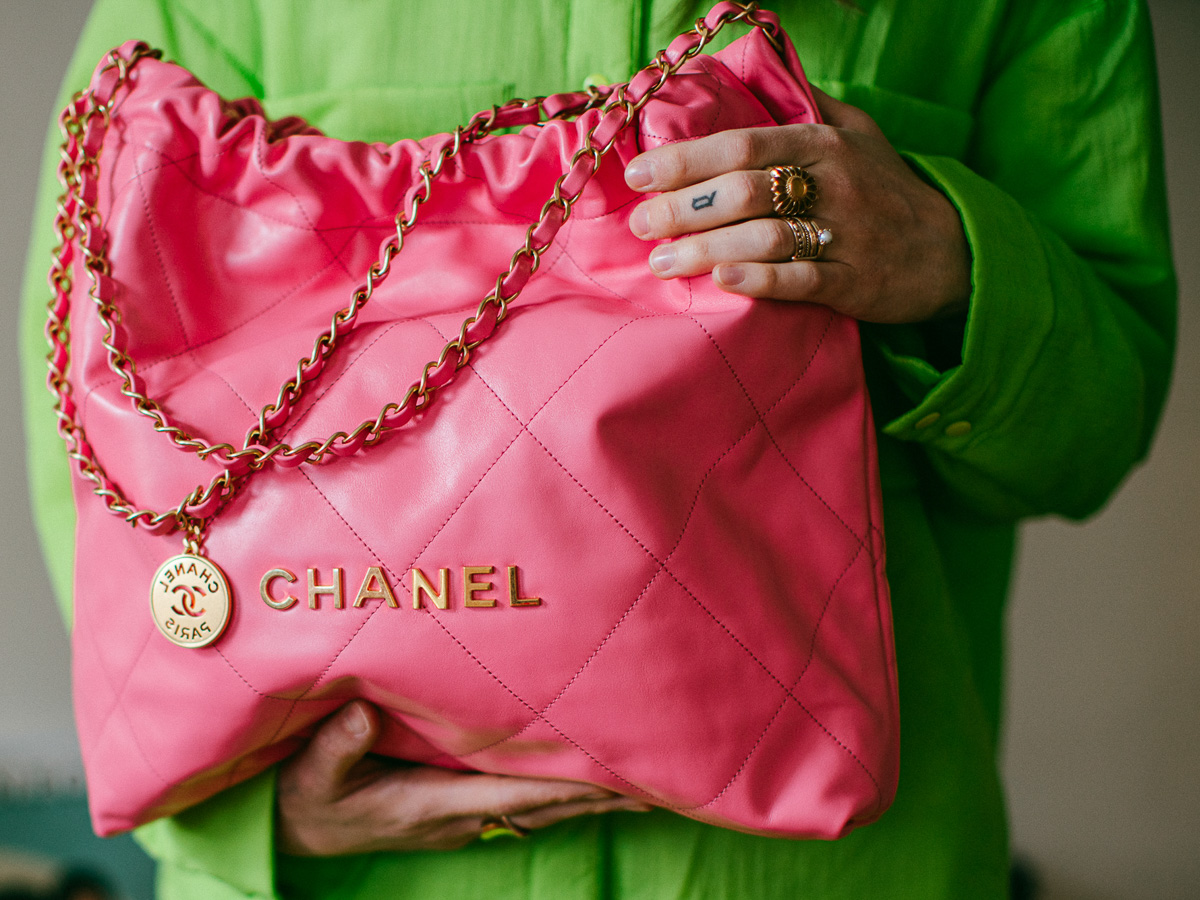 Ah yes, Chanel 22, the youngest child and the problem/problematic child in the Chanel family.

Perhaps the GST should also be featured on the list of historically significant Chanel bags. It is an iconic and beloved classic Chanel handbag… and its discontinuation was upsetting to many.

Check back later this afternoon! Something is coming 😉

Terrific post Kaitlin!
For those looking for a function for the 22 once it’s peeled/ cracked/ has popped stitches/ lost a letter, it’ll do great if you line your trashcan with it. It’s also reusable!

We don’t think the trendy is as iconic as the 22?

Trendy cc and Gst should have made it before a few others. Agree

I appreciated this post. It was historically thorough & informational. Well done, Kaitlin!

I love the smooth border trim on the Diana bag, but my favorite is (and will probably remain) The Boy Bag. Besides the impeccable styling with quilted/ribbed border, what also captured me was the reference to the romantic-tragic backstory of Coco Chanel and her love, “Boy” Capel (Capt. Arthur Edward Capel ~ CBE), who was killed in a car accident enroute to a Christmas Holiday with Chanel. She affectionately called him “Boy”. Hence, “The Boy Bag”… How brilliantly poignant is that?

Proud to say I own three of the bags on this list plus a tote and a wallet. I love Chanel, to me nothing can compare. I use all Chanel makeup, Chanel skincare and Chanel perfumes; they are classics and so beautiful plus their skincare works for me like nothing else has.

I think there is an error in this sentence:
“ The Chanel Diana Bag was designed by Karl Lagerfeld in the late 90s, and though it was only produced from approximately 1989 to 1995…”