The Many Bags of EJ Johnson 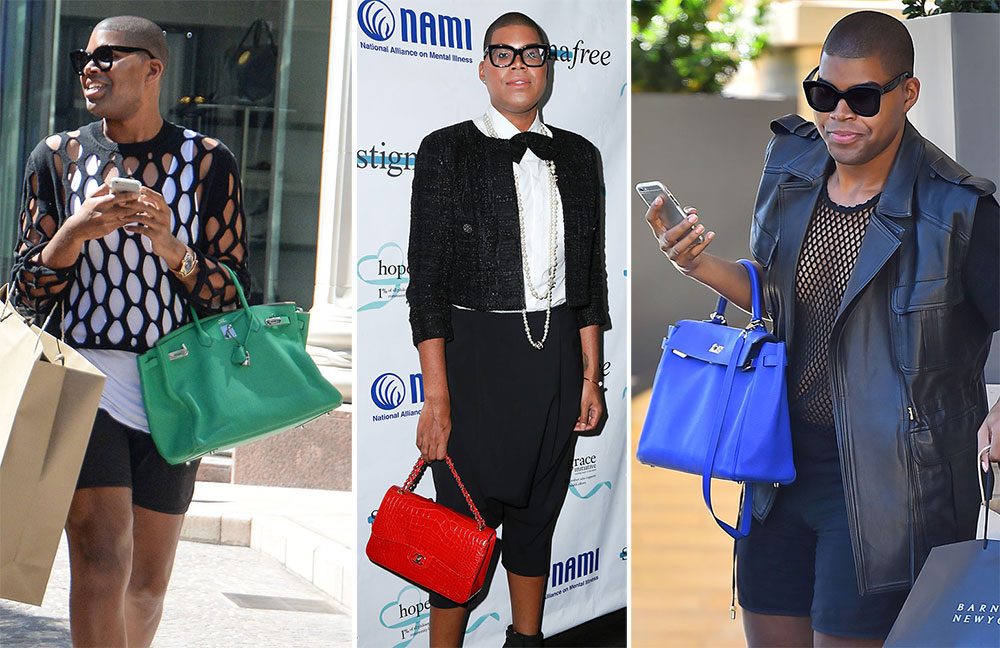 Several of you have requested that we take a deep dive into Rich Kids of Beverly Hills star EJ Johnson's handbag collection, and after patiently waiting for his paparazzi photo archive to grow, we're happy to oblige you today. EJ, son of NBA great Magic Johnson, is in his early 20s, but he already has a dream collection of bags that's only going to keep growing.

In searching for photos of EJ, we encountered several pics of his mom, Cookie, and it's safe to say that she's had a heavy influence on his taste in bags--there are plenty of exotics to go around in the Johnson family. Below, check out what we've found from EJ's collection so far. If you'd like to see what EJ keeps inside his fabulous bags, check our his edition of What's In His Bag.

We'll start with what's perhaps the most anonymous of EJ's bags; it's the only one I didn't immediately recognize, but Céline runway accessories are generally made in very small quantities. With EJ's stature, the long fringe works well. 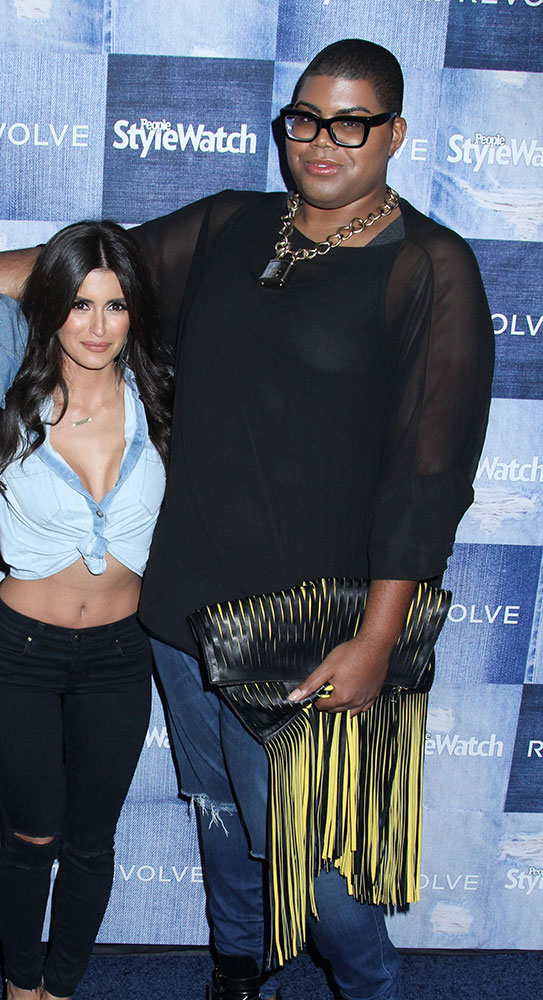 This, on the other hand, is a Céline piece everyone will recognize. 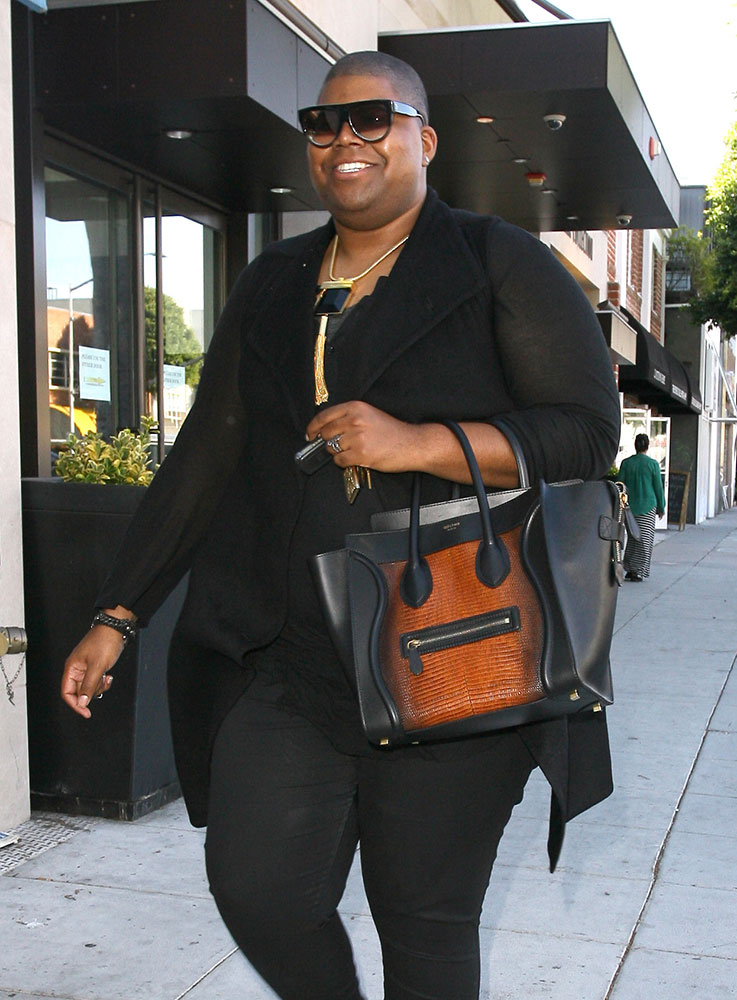 EJ has a thing for exotics, and for some reason, seeing an exotic Classic Flap out in the wild makes me more excited than seeing an exotic Birkin, even though Birkins are theoretically harder to come by. 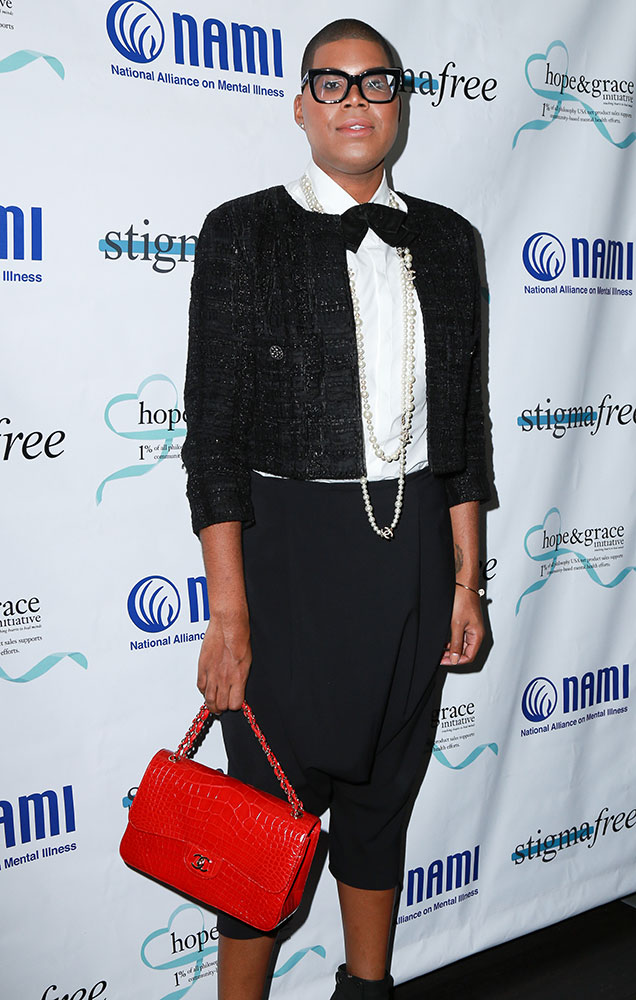 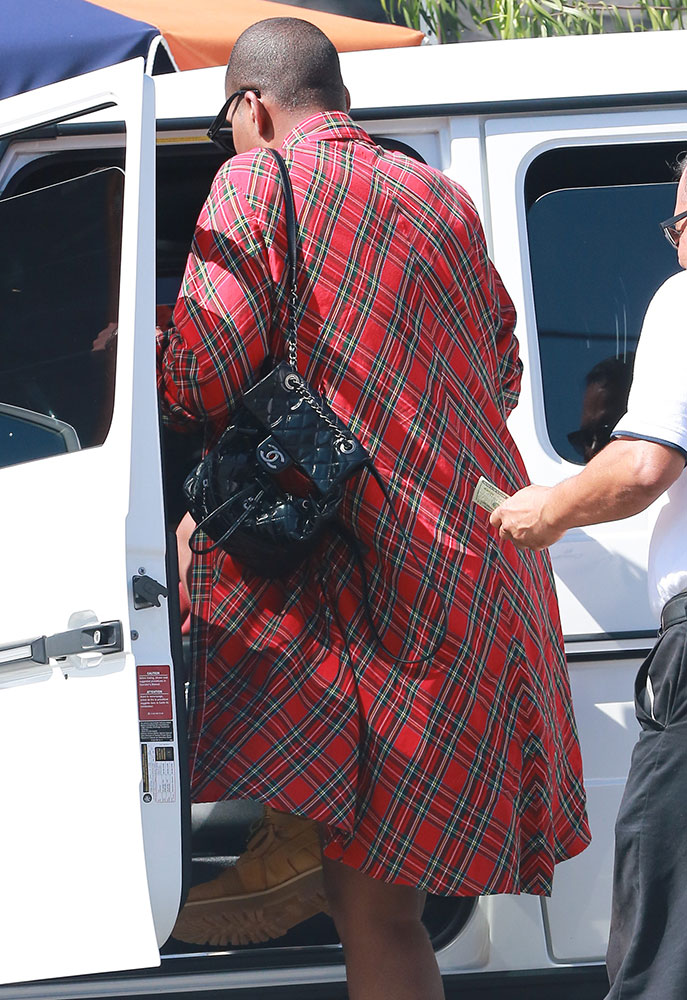 The largest size of the Boy Bag often looks a bit silly on women, but being the son of an NBA legend will give you some pretty tall genes that help to carry it off. 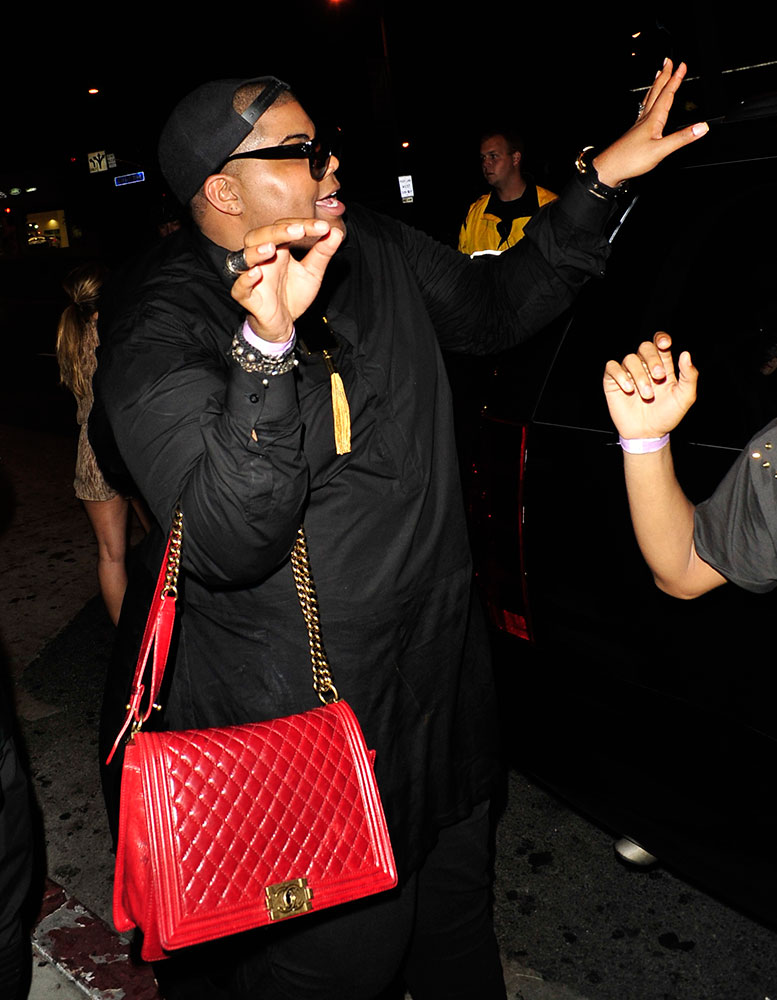 The plain-old-pearl-free version of this clutch costs nearly $10,000, so, like, you do the math on this one. 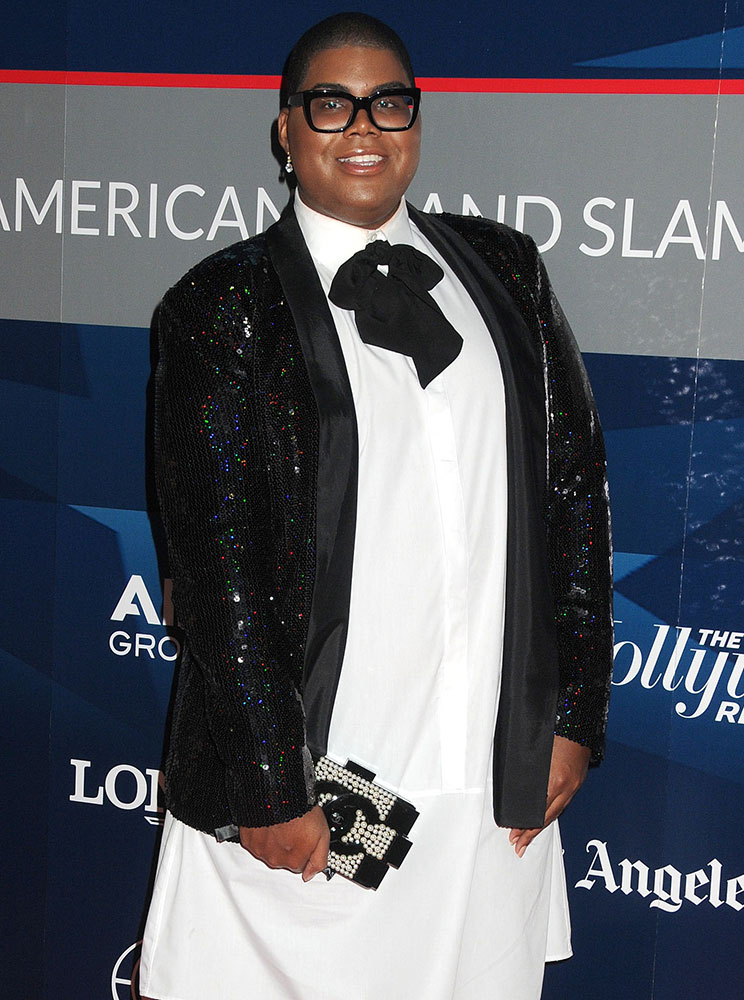 I feel as though it's important to note that EJ was attending a Halloween party in this photo instead of just, ya know, Tuesday night at the club. 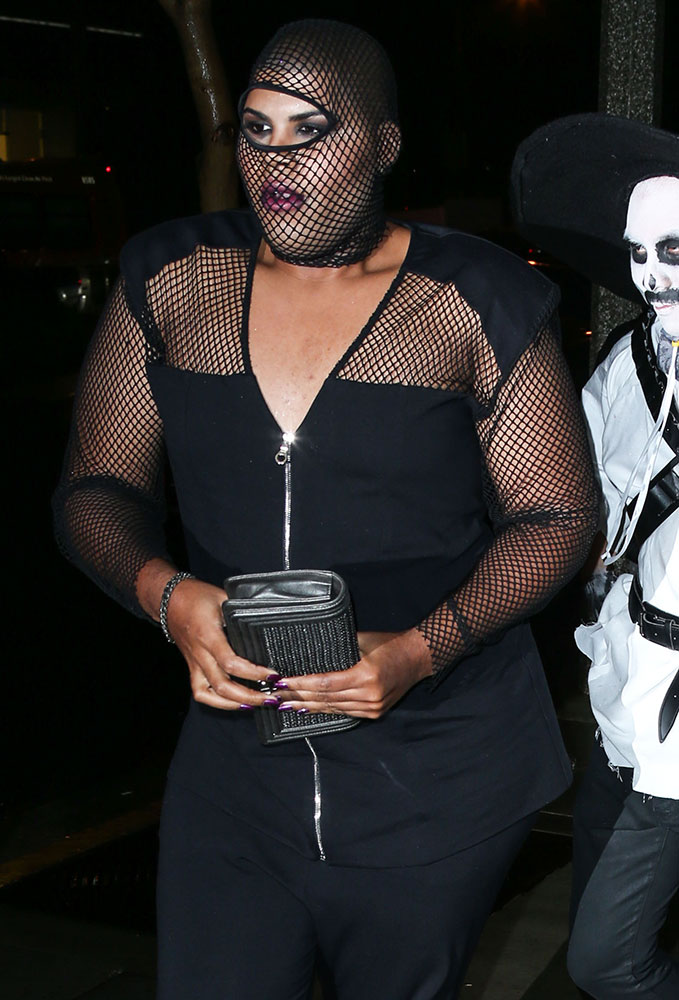 EJ's cape has a very André Leon Talley sense of drama to it. 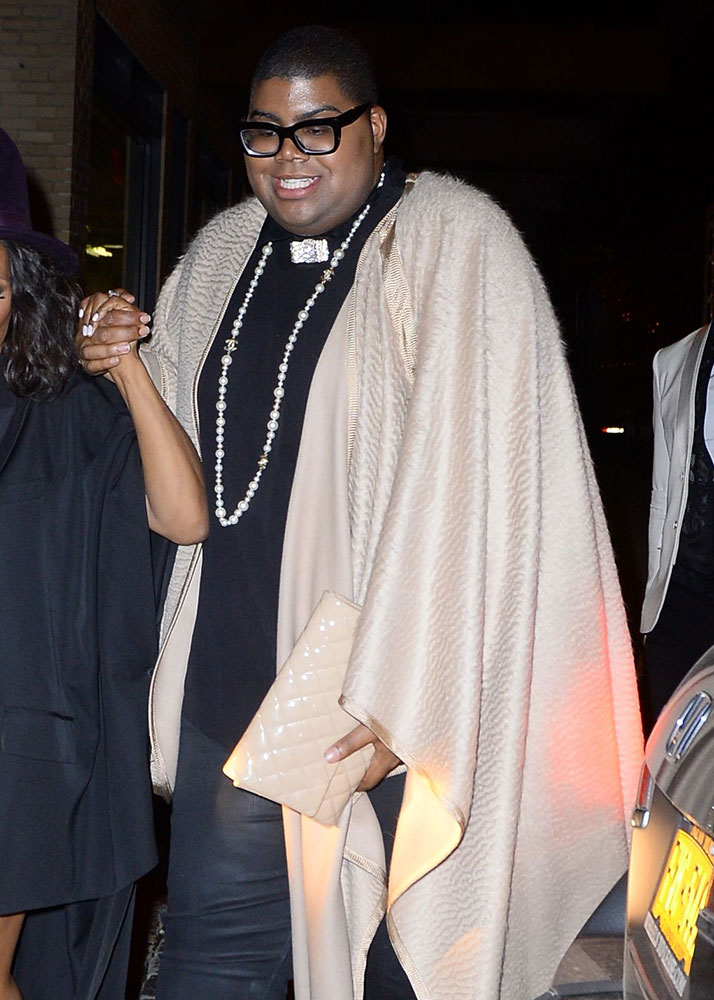 This photo was taken at a New York Fashion Week show; I very much hope EJ attends fashion week next month and brings a whole trunk full of bags with him. 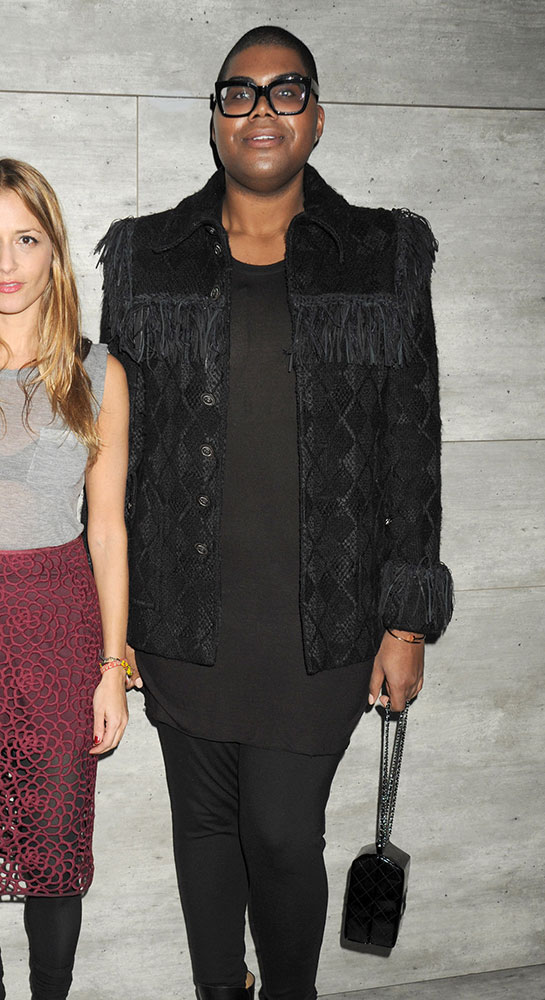 EJ is not short on Birkins. 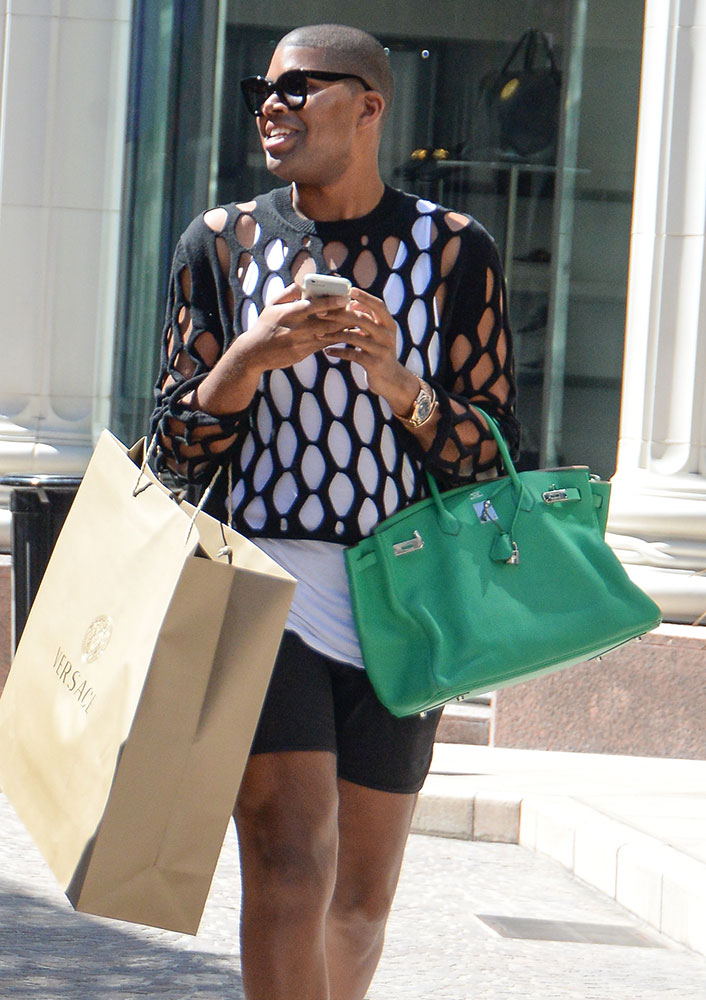 Birkins in lots of colors. 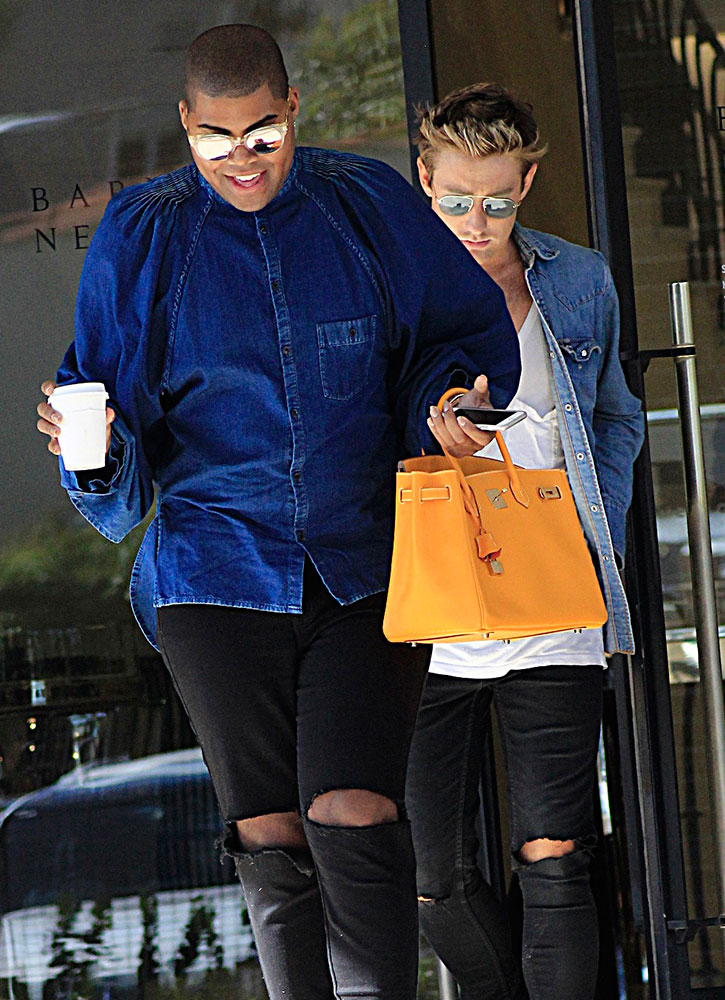 EJ also has at least one exotic Birkin, but some pesky photo agency rules have prevented us from bringing you that photo. 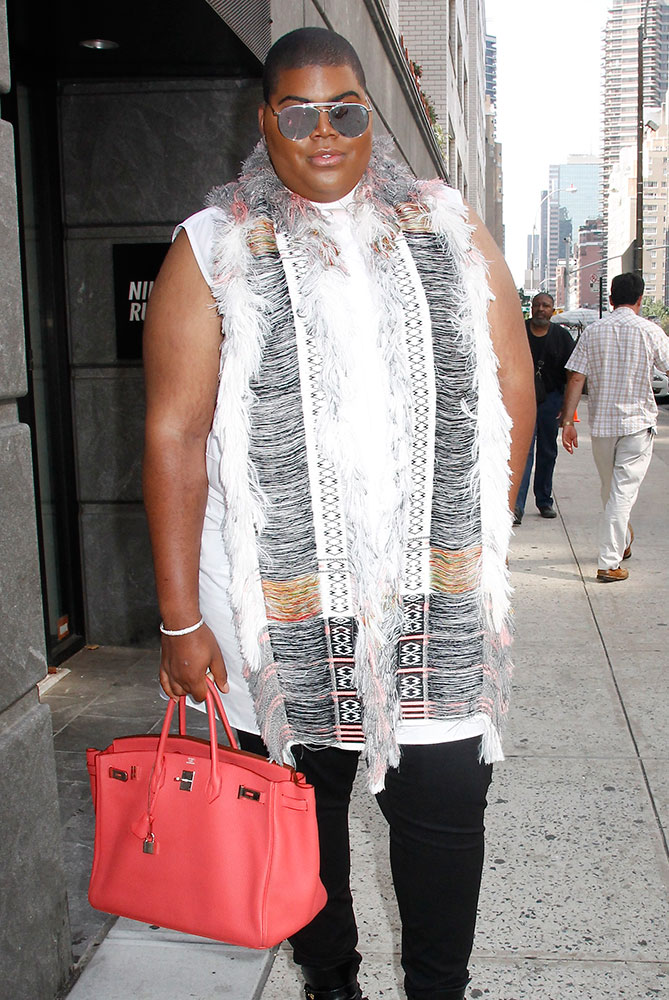 EJ tends to switch out his bags regularly, but based on photo evidence, this demure black Kelly is a repeat favorite. 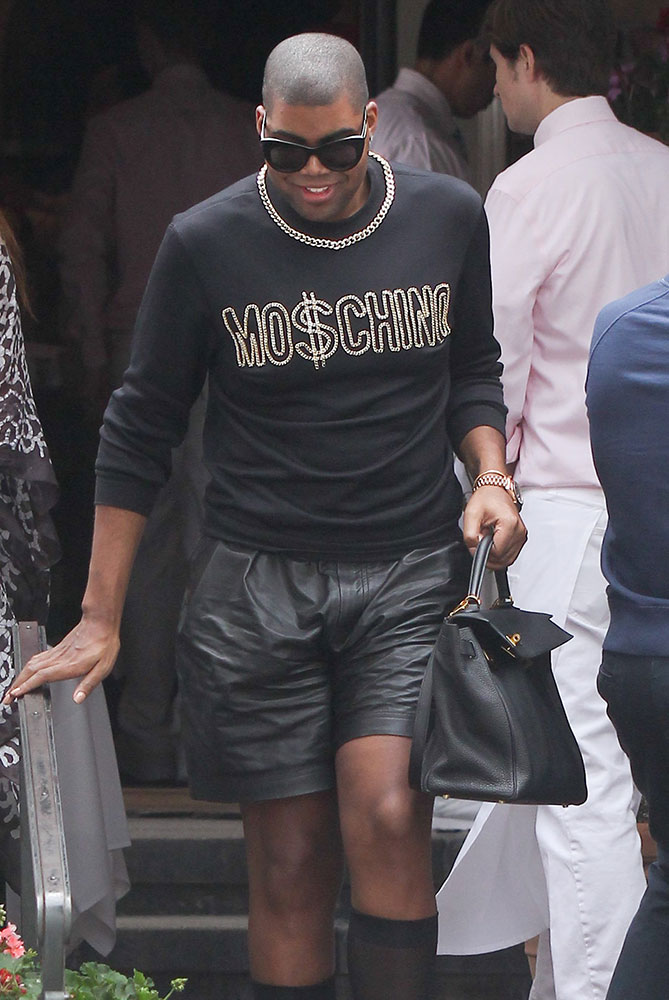 This blue Kelly has also made several recent appearances on his arm. 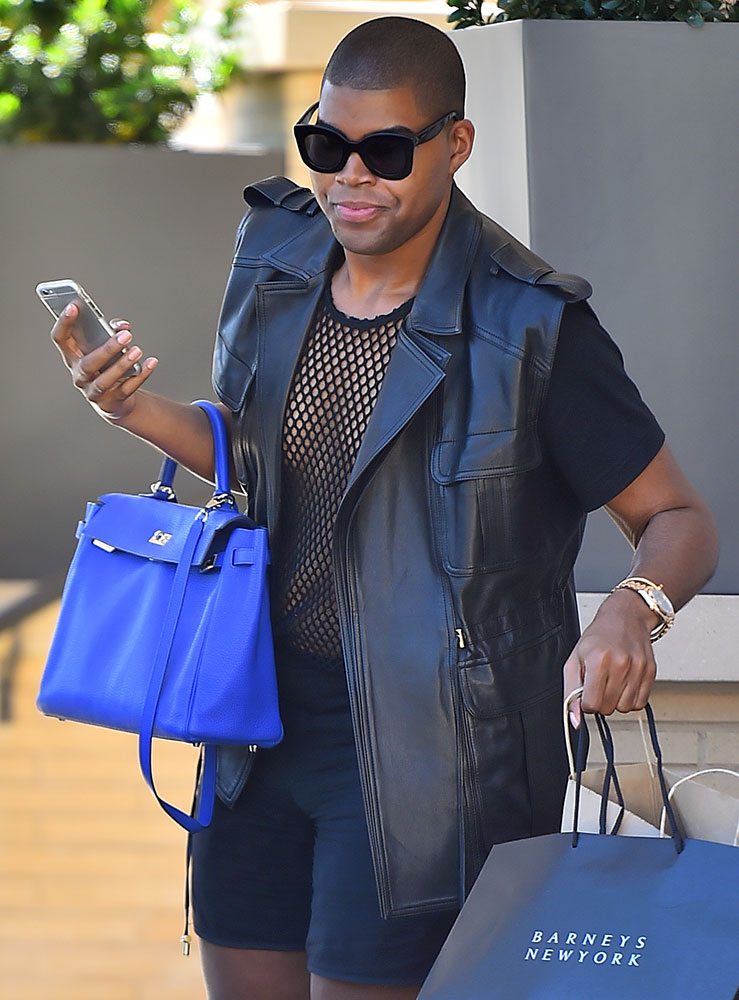 This little exotic clutch is EJ's frequent companion at red carpet and charity events (he seems to go to a lot of both). 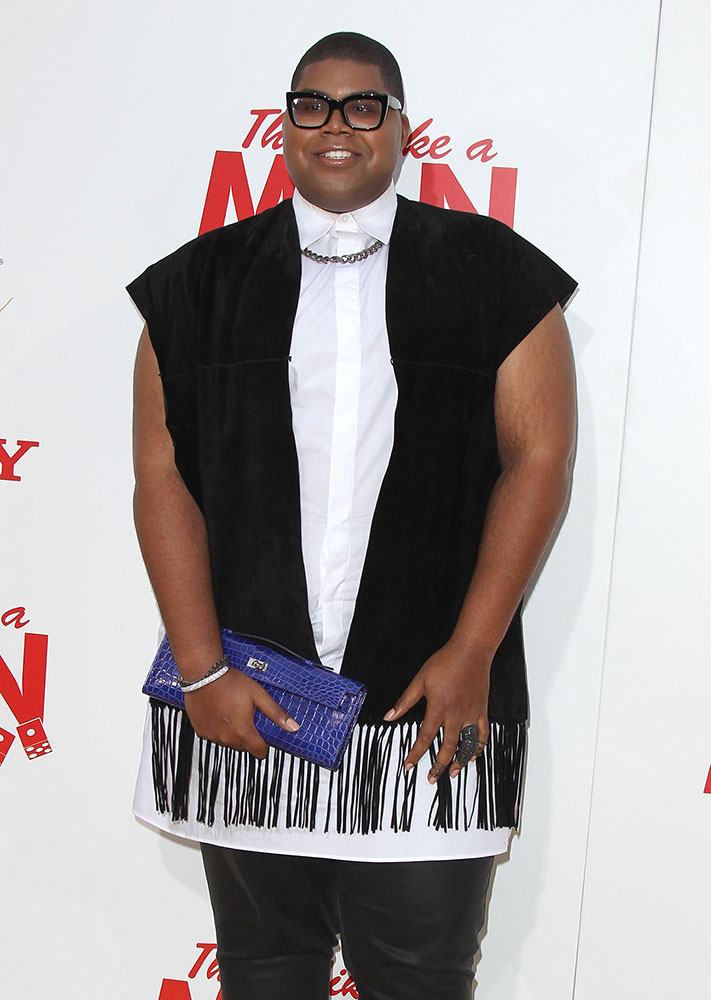 When he's not carrying this Tom Ford clutch, at least. 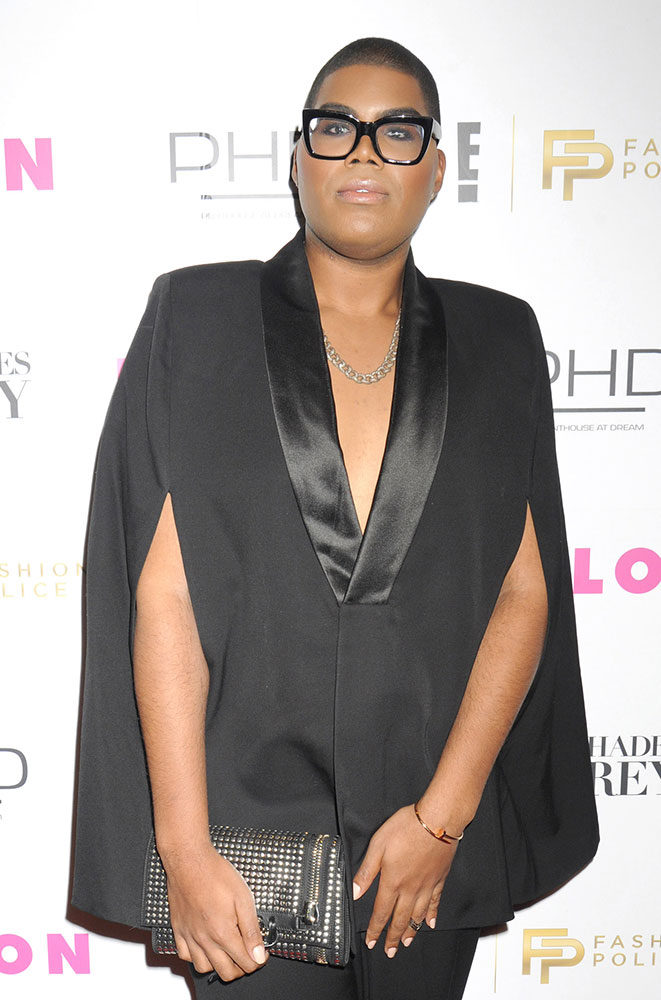 Seriously, he carries it all the time. 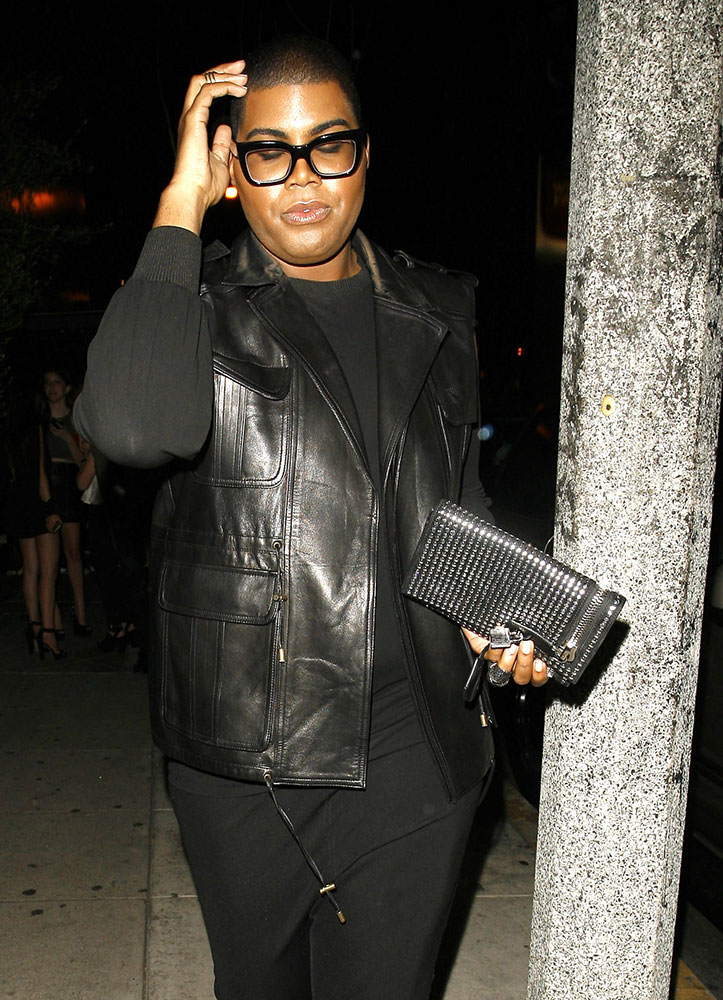