The Many Bags of Olivia Munn 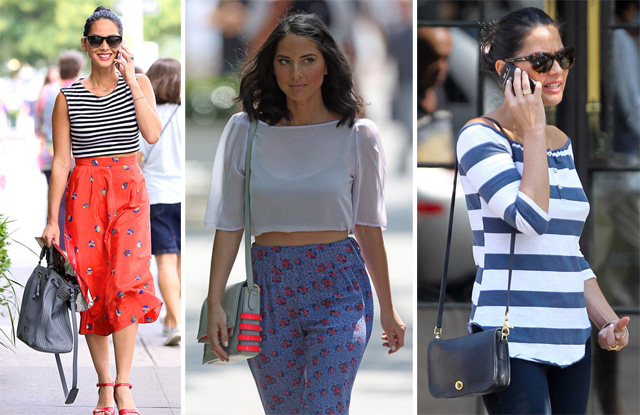 You may know Olivia Munn from her role as a journalist on The Newsroom or her stint as a correspondent on The Daily Show, but I’ll always remember her for something very specific. Olivia sat front row at a Michael Kors show that I attended a couple of seasons ago, and when I saw her in person, I was struck by how absolutely gorgeous she was. Living in New York, you encounter celebrities fairly often relative to the rest of the world (I once saw Cindy Crawford eating breakfast in a totally nondescript diner a block from my apartment), and most of them pass pretty easily for regular people. Olivia, on the other hand, was prettier in person than she is in pictures.

That doesn’t have much to do with her handbag collection, of course, but it does mean that we probably aren’t even close to reaching the end of this relatively new star’s rise. With that will come even more handbags, but because The Newsroom just got renewed for a third season, we thought it appropriate to take a look at what Ms. Munn’s amassed so far, handbag-wise.

Every time I put together one of these posts, there’s a single bag that drives me absolutely insane because I can’t place it but it looks so familiar. This one has me so nuts that I decided to put it first so to increase the chances that someone will know it and clue me in. I just spent 20 minutes googling “laser cut grey tote” and every combination thereof, to no avail. Help me. Please. Before I have to be carted off. 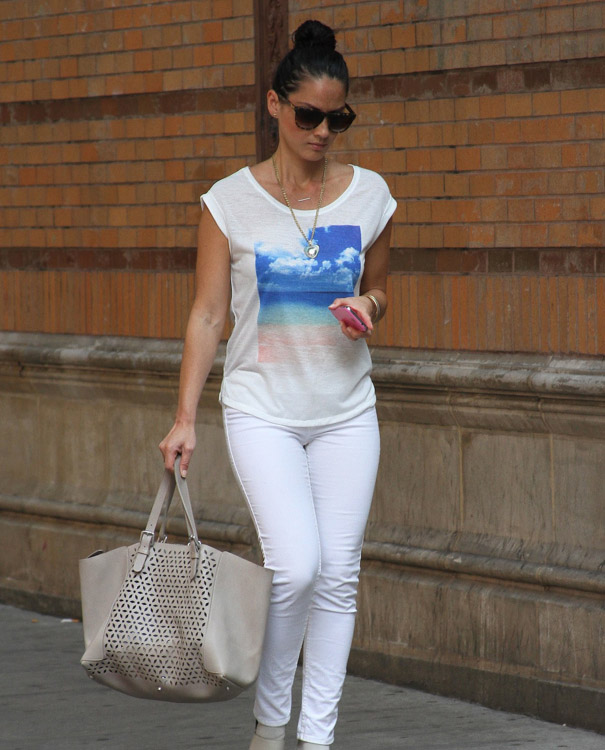 During my research, I found most of Olivia’s collection to be from contemporary brands – pleasantly attainable, considering her level of fame. Everyone actress has a Chanel Flap Bag in her closet, though, and by the looks of this one, it very well may be vintage. Pick up your own vintage Chanel via Portero. 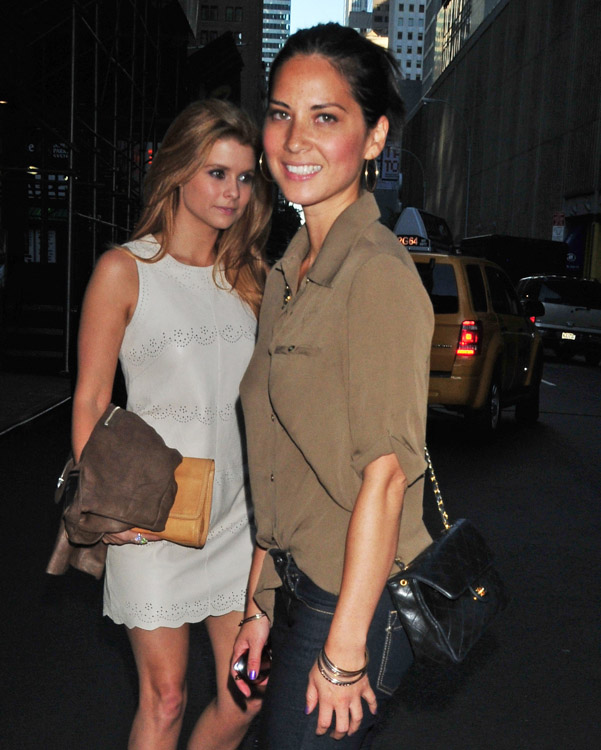 Another Chanel bag for Olivia, this one perhaps also vintage because of the flatness of the quilts. Frugal! Pick up your own vintage Chanel via Portero. 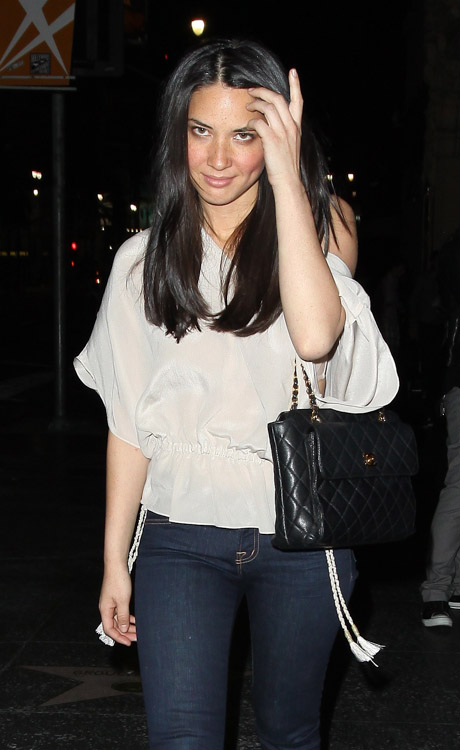 Much of what Olivia carries is stuff that regular people might actually have a chance of buying, like this beautiful Botkier Honore Hobo Bag. Pick up Olivia’s exact bag on sale for $327 via ShopBop. 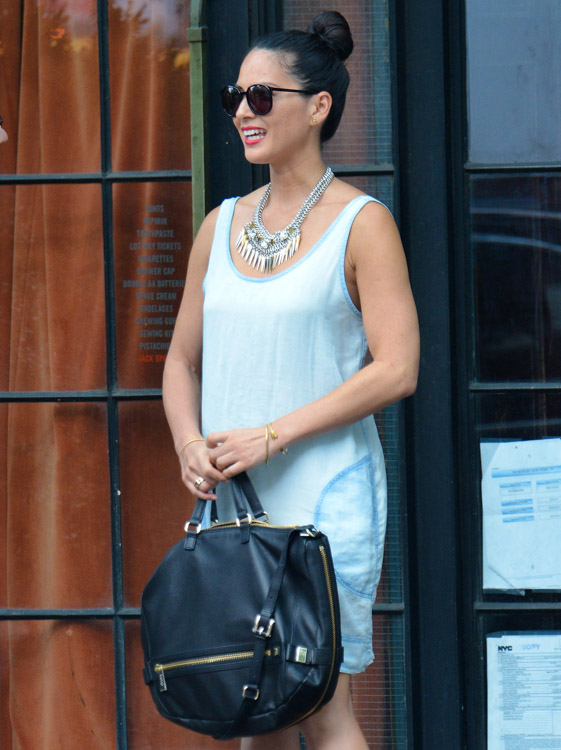 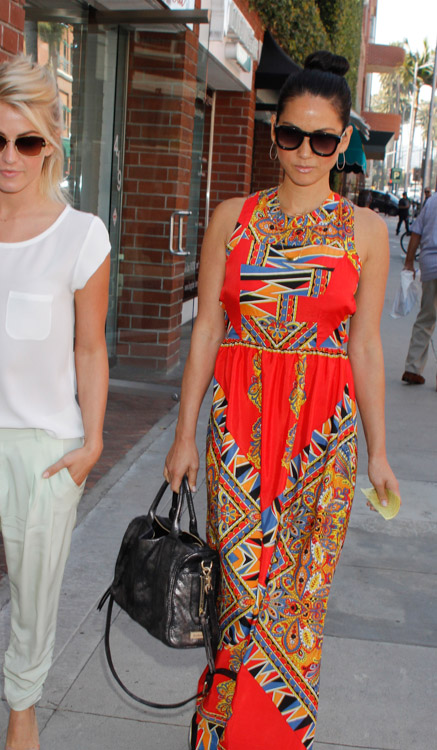 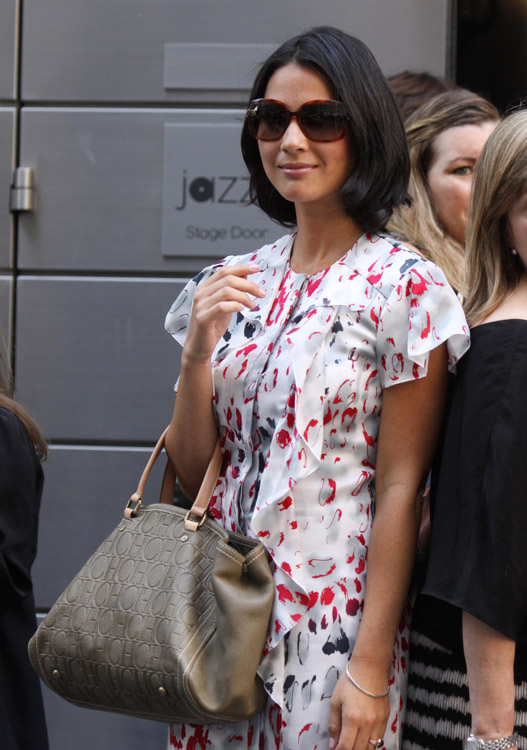 At the airport, Olivia carries a Linea Pelle Dylan Double Zip Clutch while she has her man tote her Coach Legacy Weekend Tote. Pick up a similar wallet for $165 via Linea Pelle and the same Coach tote for $658 via Coach. 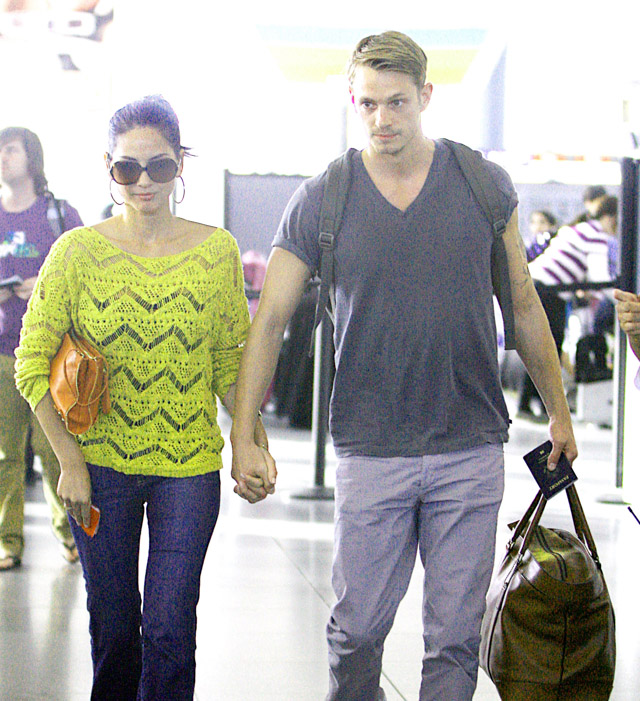 Speaking of Coach, check out Olivia’s Coach Classic Penny Shoulder Purse. Pick up the Legacy version of the Penny for $198 via Coach. 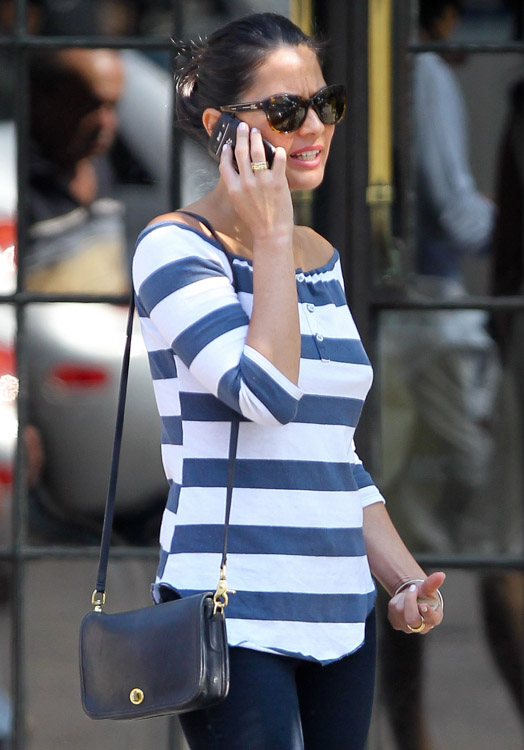 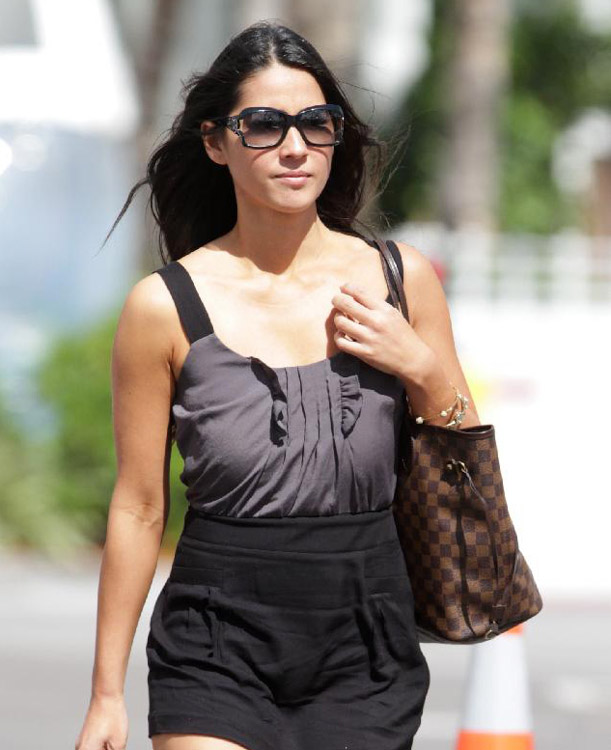 Another of Olivia’s unknowns! I thought this bag might be from Kara Ross, but I’m not so sure. 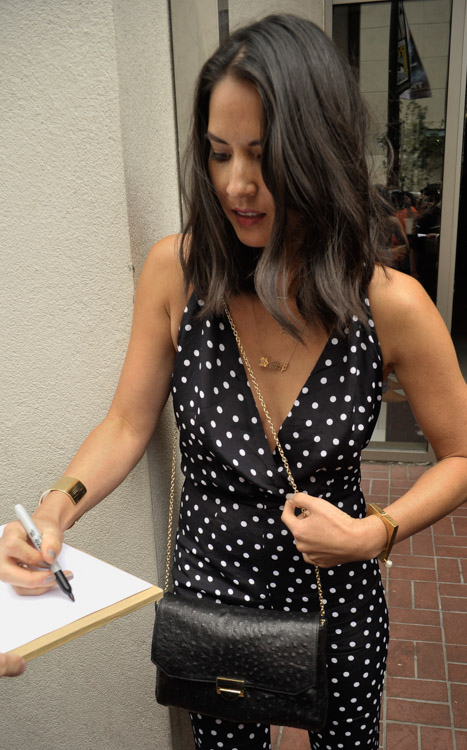 For events, Olivia’s clutches tend toward the small, subtle and metallic, like this Jimmy Choo Cosma Clutch. Shop Jimmy Choo via Nordstrom. 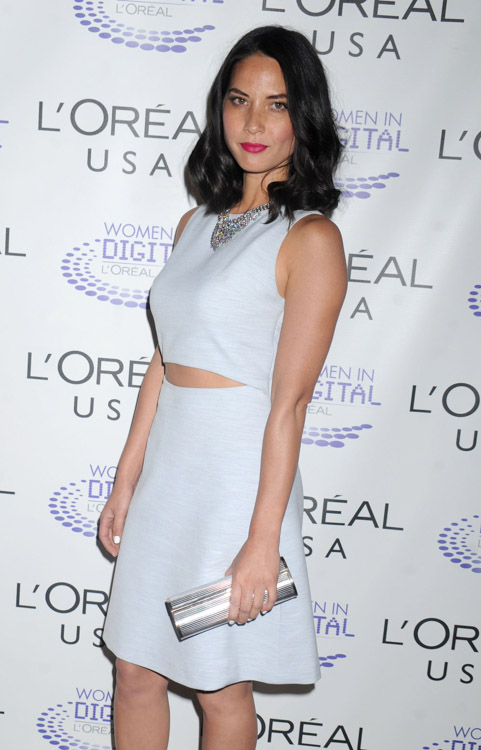 This Salvatore Ferragamo Saddle Bag is a strange case – we’ve seen several celebrities who have it as part of their collection, but I can’t remember the bag ever actually being advertised or available in stores. Shop Salvatore Ferragamo via Neiman Marcus. 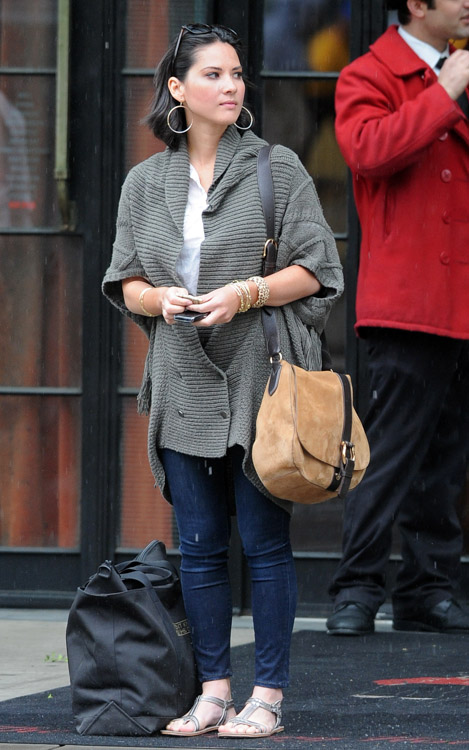 Lately, Munn’s been carrying a ton of Christian Louboutin bags, not to mention wearing the designer’s shoes seemingly non-stop. We have a feeling that she started out as simply a fan of the brand but is now on Louboutin’s list of freebie-receivers. Not a bad list to be on, by all counts. Check out her Christian Louboutin Farida Shoulder Bag – I’ve also seen her carry this bag in at least one other color combination. Buy through Saks for $1,995. 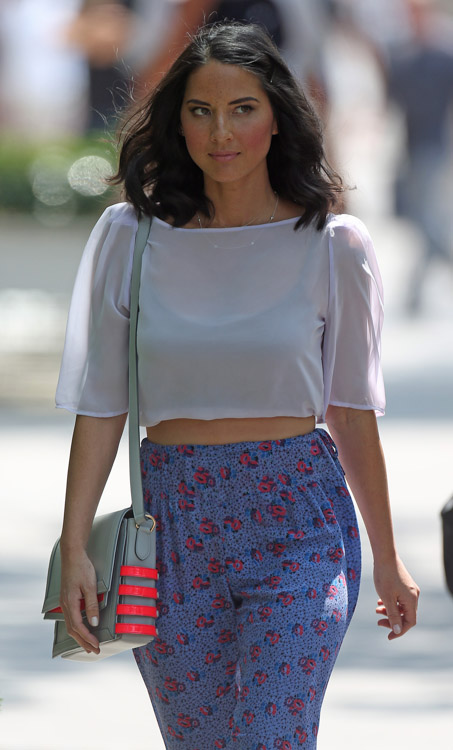 Most recently, Olivia seems to be in love with her Christian Louboutin Dompteuse Bucket Bag, which is totally on trend with its drawstring top. Buy through Net-a-Porter for $1,995. 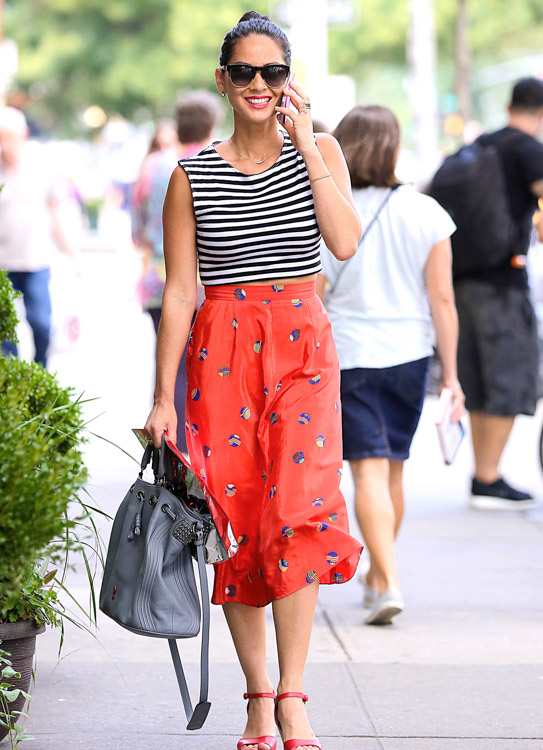 I agree with the other commentors: that bag is an Alaia.

I couldn’t find any matching Alaia bags! All of his laser cut patterns that I saw were slightly different.

i have three top choices after all the research either marni, coach (unlikely), or mcq (according to a smidgen of a logo i saw on the side)

Page ten I think is Lauren Merkin’s mini-Marlowe, that’s in line with her love of contemporary designers.

Hiii I am fairly certain the first bag is GERARD DAREL 🙂 Mystery solved!

Hi Nat again! Its by Gerard Darel called the simple riviera bag 🙂 comes in another style too!

Can we see a Many bags of Angelina Jolie? Im getting super excited for Maleficent 😀

I’ve seen it on Jessica Alba this early summer, it’s a gerard darel

Really like Carolina Herrera bag, wish you make a review on them. It’s true they don’t sell them online just in CH stores. I have a few and they are great bags and have great quality! Also prices are reasonable! Last year they sold them on Harpers Baazar online shop and they sold out immediately!