PurseBlog Asks: Would You Let Your Child “Customize” One of Your Bags? 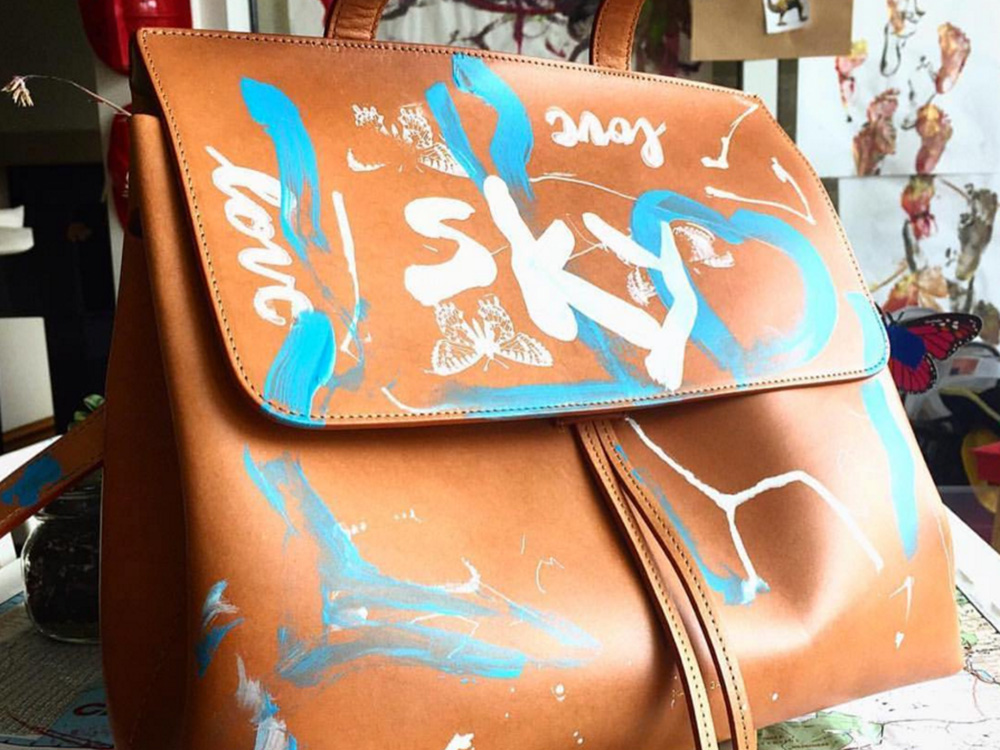 Customization is a huge accessories trend no matter when it happens. An ever-increasing number of brands offer hot stamping or monogramming to help customers feel like they’re purchasing something special, and shoppers can add anything from furry monster charms to after-market pavé diamond-encrusted hardware to their bags once they’ve swiped their credit cards. A couple of famous moms have gone even further, though, by letting their precious kiddos have at their bags with some finger paints.

The Kardashians are a lot of things, and among them, they are arguably the greatest trend turning-points of our time. Their endorsement of a look or style can make it ubiquitous among populations that had previously all but ignored it (or even disdained it), much to the consternation of those whose looks are being appropriated. As far as I can tell, though, Kim Kardashian was the first celebrity to give a kid-embellished bag a try, and she did it at the behest of husband Kanye West, who gave her an Hermès Herbag painted by baby North in 2014. 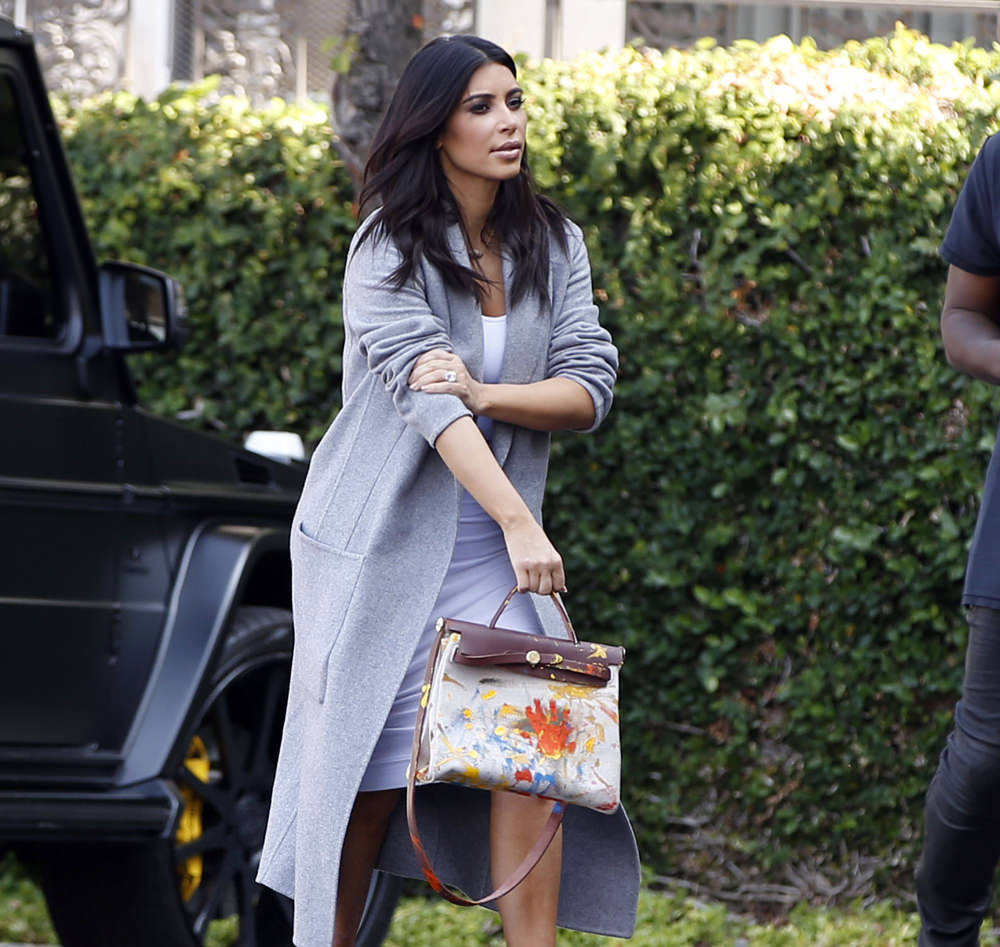 As is often the case when a Kardashian does anything, a lot of people were critical of the choice to let a child paint something so expensive. The results were adorable, though, and surely far more meaningful than the gift of yet another Hermès bag would have been on its own. Plus, it’s her (and Kanye’s) money, and I was raised not to count what others do and don’t spend.

The Herbag Incident of 2014 came to mind this week when I spotted some paparazzi pictures of Saved by the Bell and Showgirls (two pieces of pop culture very near and dear to my heart) star Elizabeth Berkley carrying a Mansur Gavriel Lady Bag embellished with what appeared to be blue and white finger paint. After a little digging on her Instagram, my suspicions were confirmed: the bag was a Mother’s Day gift personalized by her daughter Sky.

Soooo #love the creativity and personalization my #sky did with this #mansurgavriel #purse from my dear friend @kayne_ehrlich @jennikayne boutique. ? #gift #mothersday #toddler #art #artist #greglauren Creative director on the project: @greglauren ?

I don’t have kids and am not an especially kid-prone person to begin with, but I can’t help but think it’s an adorable mini-trend. So many people who have the resources to buy designer bags can buy several of them, and having one with an extra-personal touch like this turns it from an average consumer product owned by lots of people to a special thing that can be kept as a childhood memento forever.

Have you ever let one of your kids personalize your bags? Would you? Let us know in the comments. If you (like me) think the Lady Bag makes a particularly nice canvas for paint, pick one of your own up via Barneys for $895.