Julianne Hough attends a party with Chloe on her arm 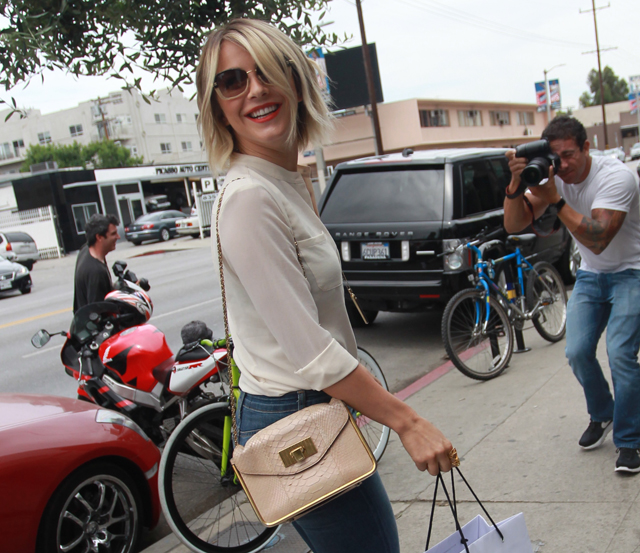 Here's actress/ballroom dancer Julianne Hough, exiting a party for Paper Denim & Cloth in LA with her creamy snakeskin Chloe Sally Bag. You can get a similarly snazzy "lizard skin" version of this bag at FarFetch for $2,479. If you're looking for a more basic Sally (or you're wary of "lizard skin"), you can buy a white textured leather version of the Sally for $1015 at Net-a-Porter.

Julianne Hough's career trajectory is quite an interesting one - after several years as a celeb partner on Dancing With The Stars, she made the successful leap to movies. Mostly movies that also required a little fancy footwork at first, like Burlesque, Footloose and Rock of Ages. In 2013, however, she became a leading lady at last with her role in the movie adaptation of Nicholas Sparks' Safe Haven. She'll also have a leading role in Diablo Cody's next project, a film called Paradise. 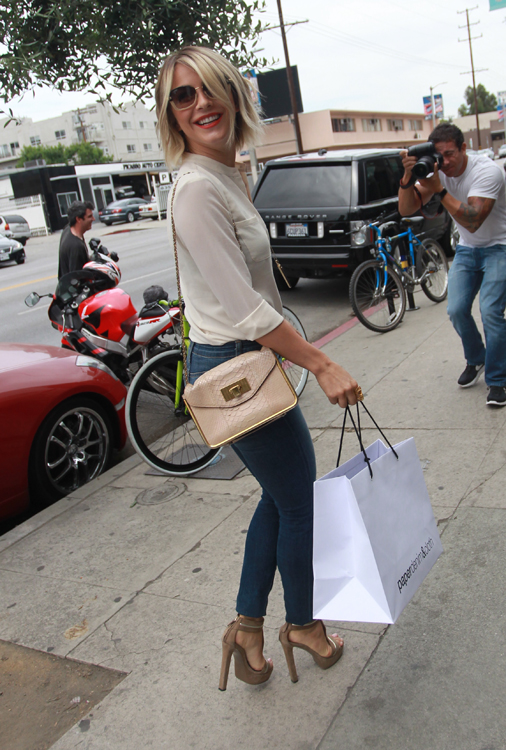 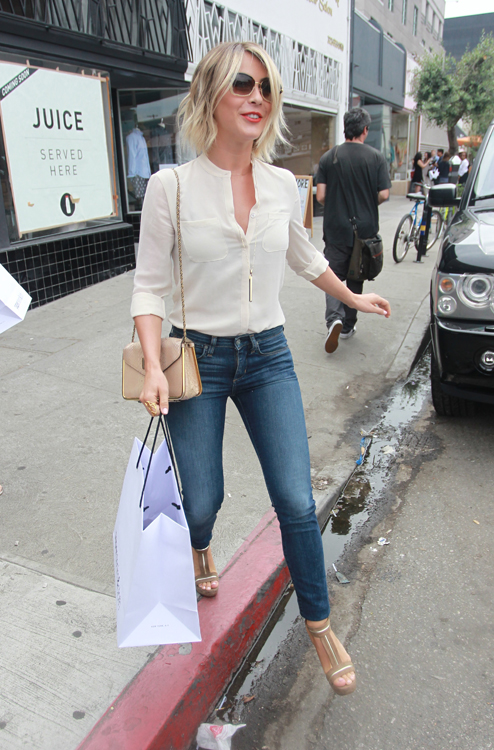 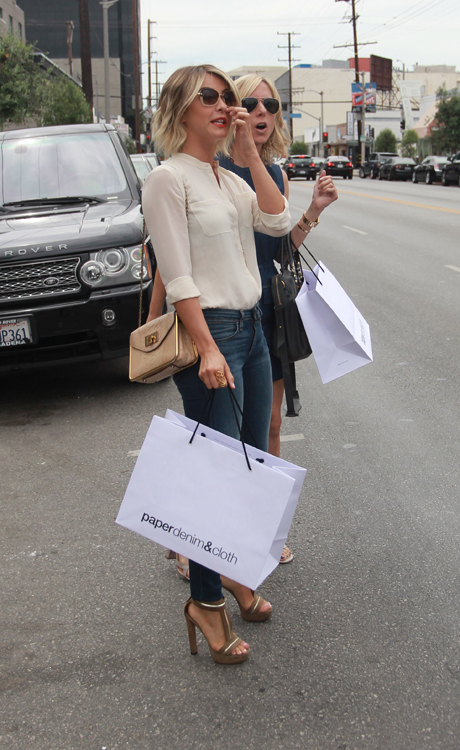 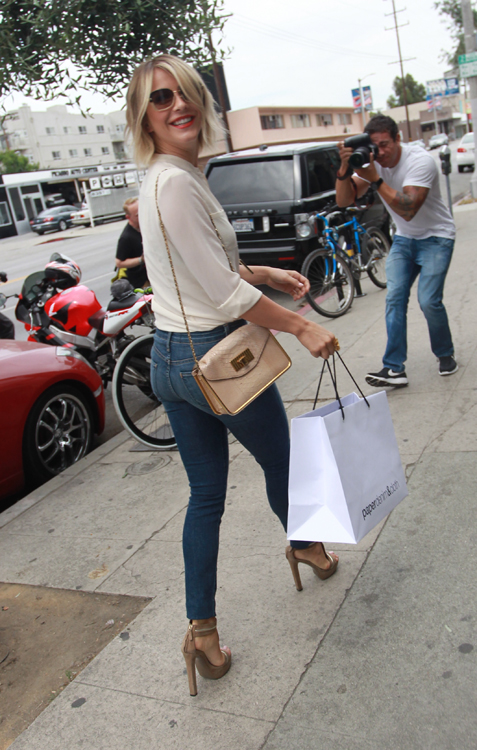