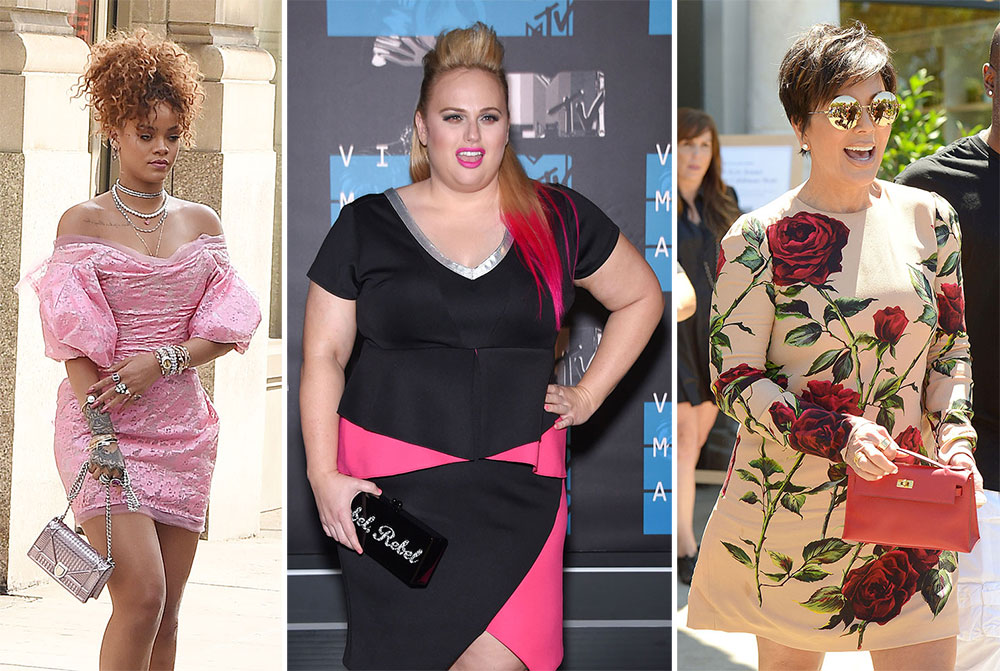 Celebs were extremely busy this week, and if you don’t already feel like you’re wasting the precious remainder of summer in the office, you will after you finish reading this post. Rihanna launched a new fragrance, Kris Jenner just released her new cookbook (yes!) and everyone else was flocking to and from the VMAs or checking out exotic destinations like, uh, Toronto. In related personal news, last night I put some fresh toppings on a frozen pizza, and I was pretty pleased with myself. What have you guys been up to?

Here’s Demi Lovato, heading into an appearance on Jimmy Kimmel with her adorable new puppy and a black leather Hermès Birkin, which could comfortably accommodate 3-4 similarly sized puppies. 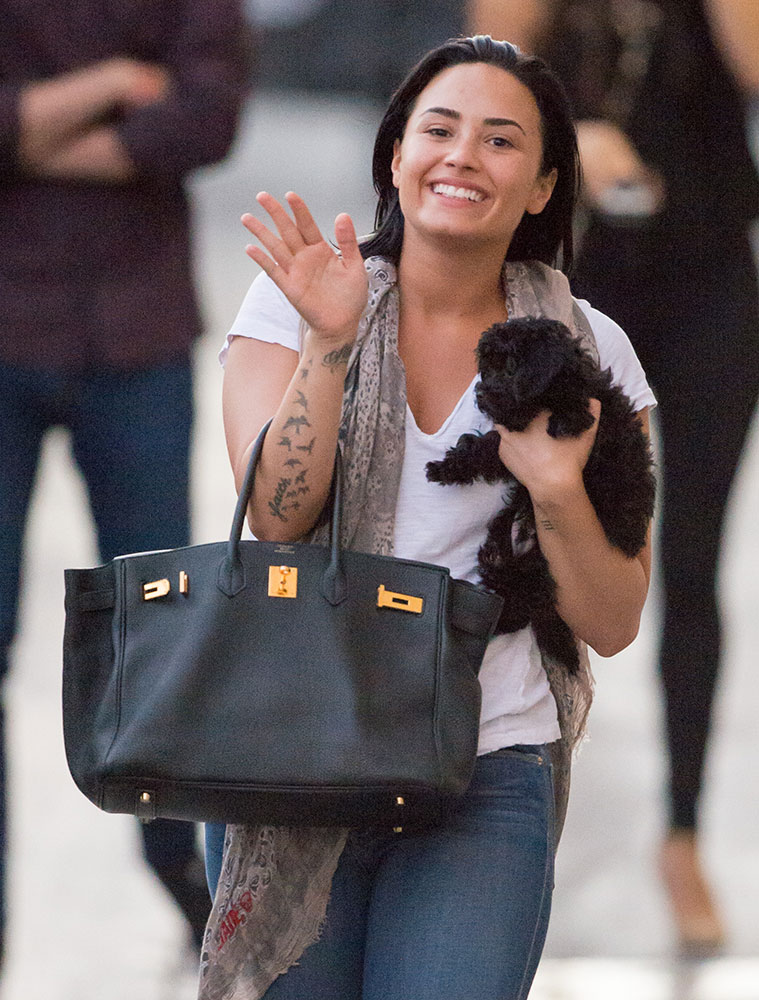 Emmy Rossum was recently spotted arriving at a spa in West Hollywood with one of her many, many trusty Ralph Lauren Ricky bags. This look is right up Ralph Lauren’s alley in general. 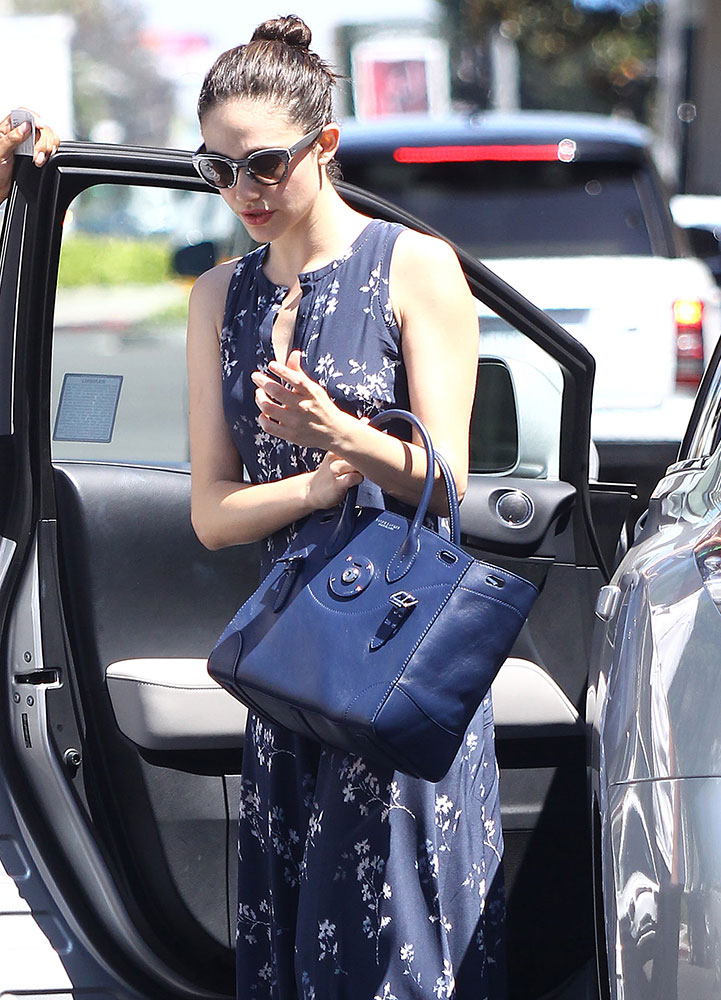 Kate Upton recently enjoyed a little down time with her MLB BF Justin Verlander in Toronto. Here she is catching a flight out of the Great White North with a lovely, woven leather Bottega Veneta Flap. 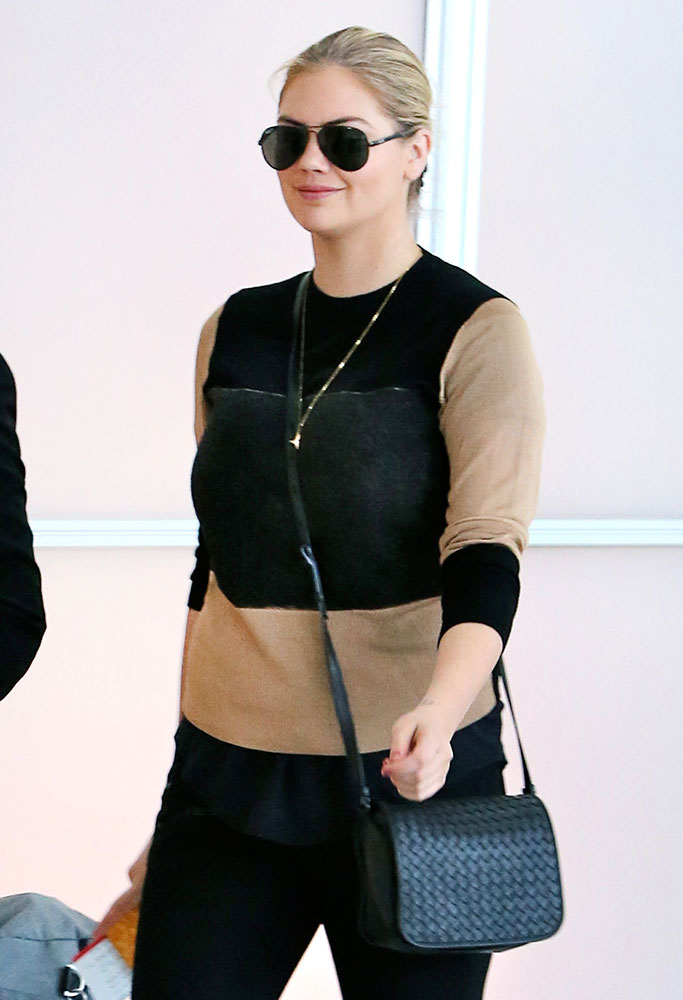 Here’s a cut-off mini-skirt-clad Kendall Jenner, grabbing breakfast with Hailey Baldwin in Soho with her Givenchy Lucrezia, as one does. General reminder: this is one of the only times of year when sleeveless light knits make any sense at all, so flaunt ’em if you got ’em. 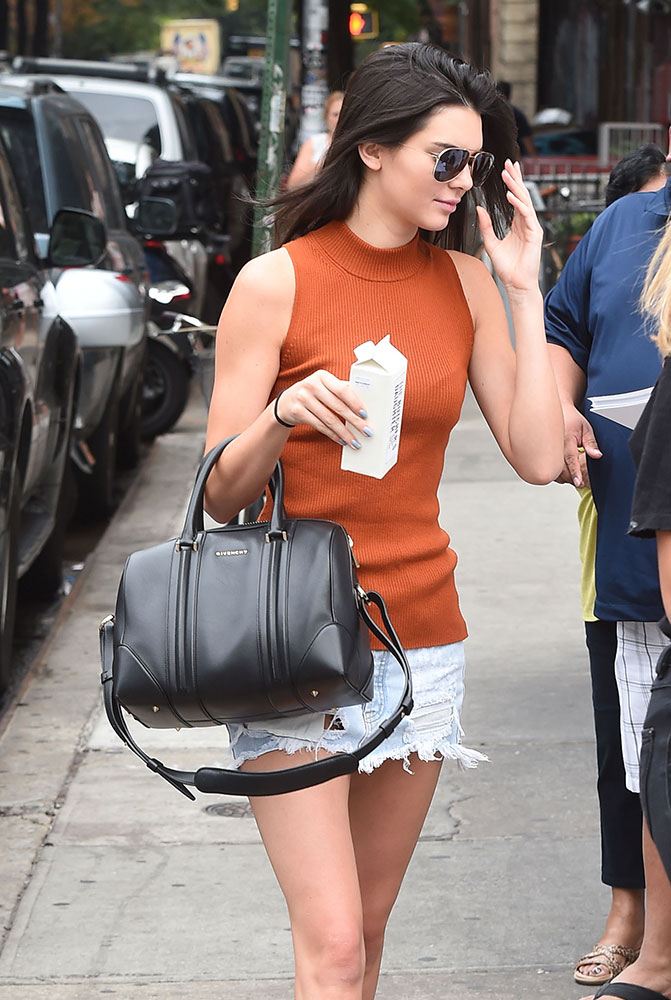 Meanwhile, Momager Kris Jenner was making an in-store appearance at her local Williams-Sonoma in Calabasas for her new cookbook. (I’m sure Kris’ personal chef really put his heart and soul into this thing.) She’s carrying a dainty red Hermès Kelly Pochette. 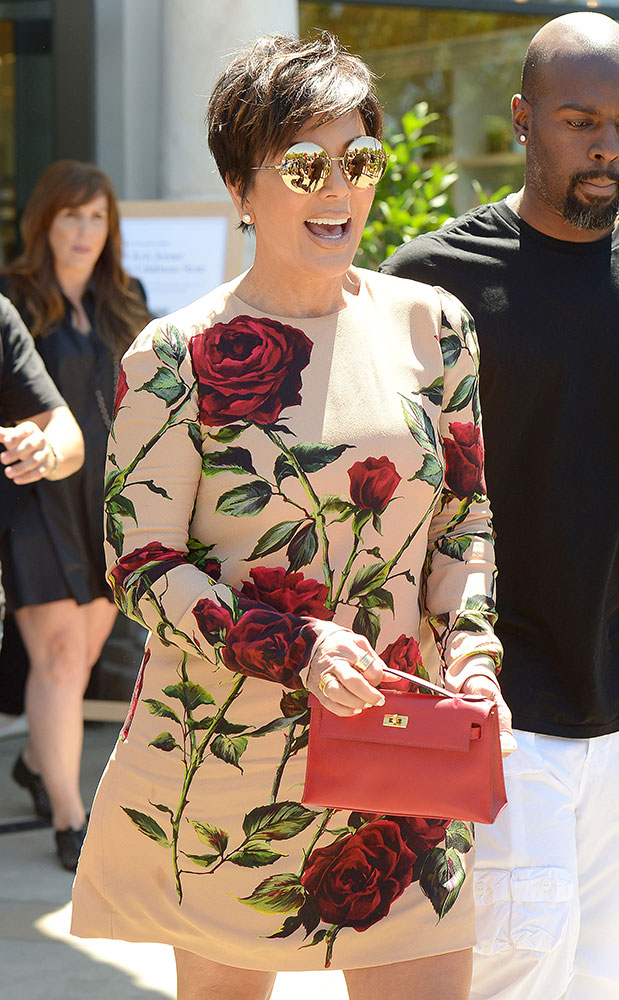 Here’s Lily Aldridge, catching a post-VMAs flight at LAX. You’ll notice she’s carrying an extremely luxe croc Sac de Jour. It’s the kind of Sac de Jour a girl can only really afford when she pulls double duty as a supermodel and a rock star wife. 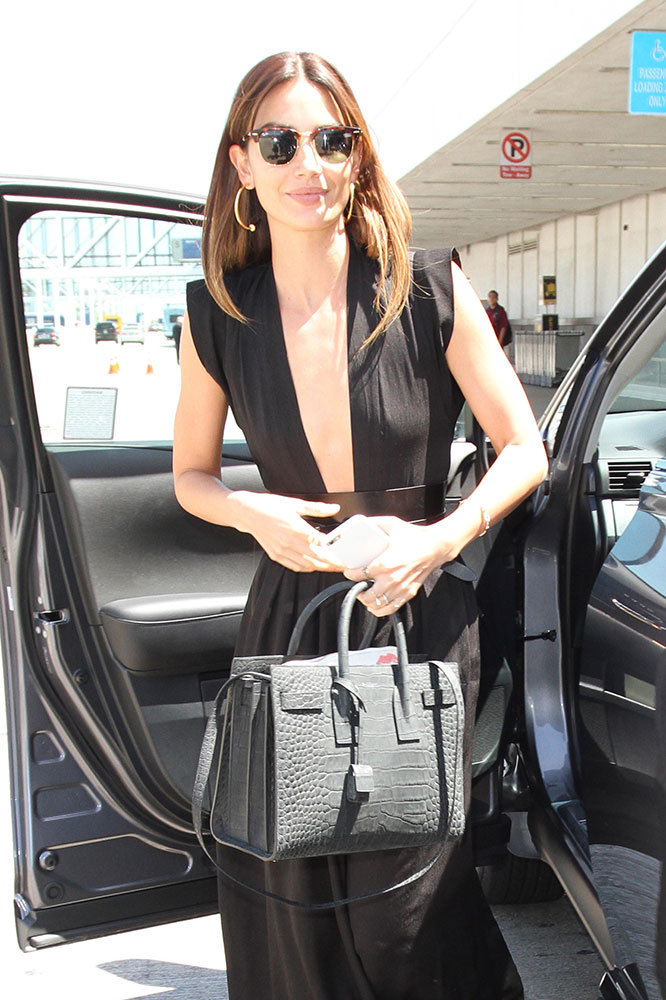 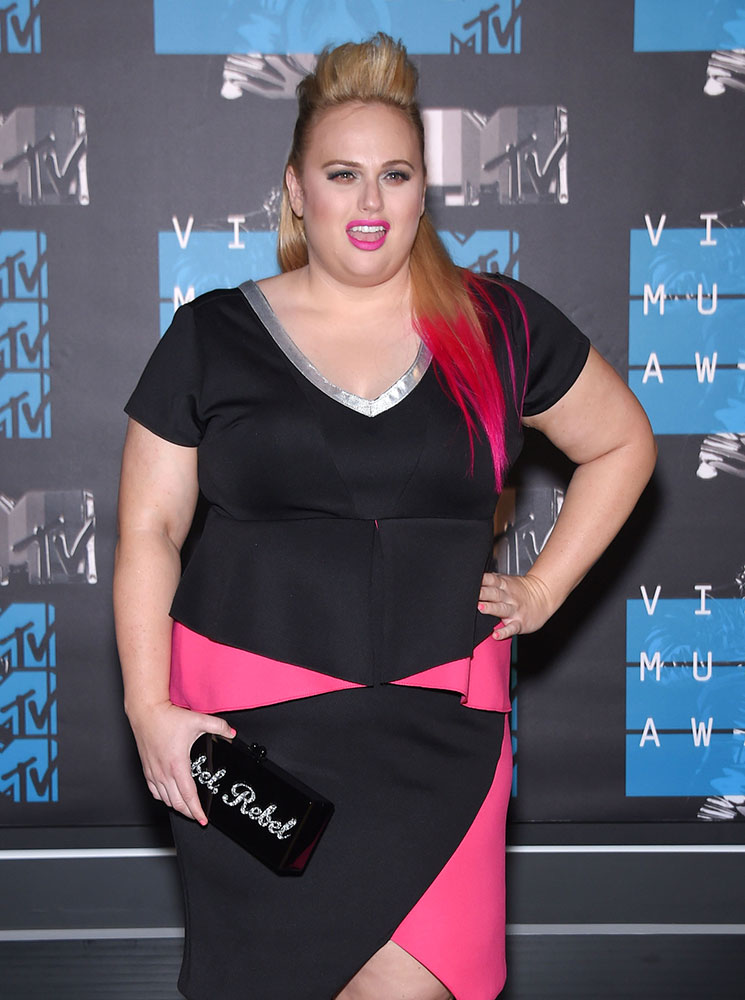 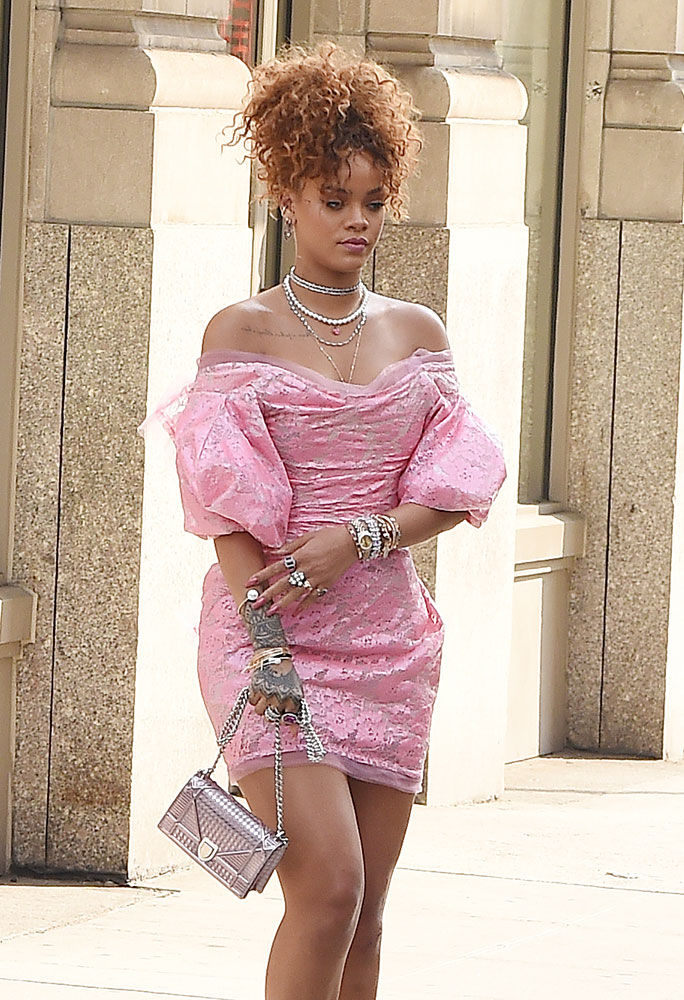 Ri-Ri looks awesome! I haven’t seen a pic of her NOT holding a diorama in ages…

Don’t go there with Hedi. That man is a Titan in the fashion world and if he wants faux material, then that’s what he gets. Besides that bag looks way better in person.

I understand there are a lot of fake ones in Savannah, GA!

Ha. Whatcha know about that Sav?

Can’t believe I’m writing this, but I really like Kris Jenner’s entire look. That Dolce & Gabbana dress looks even better in person, and that Kelly bag is really cute.

Agreed! She normally looks like mutton dressed as lamb, but that dress is on point and the bag and her makeup goes perfectly with it!

“mutton dressed as lamb” lolz. I am so gonna use this!

I want to show!great work opportunity… three to five hours of work daily… Weekly paycheck… Bonus opportunities…Payscale of $6k to $9k /a month… Just few hours of your free time, any kind of computer, elementary understanding of web and stable connection is what is required…Get informed more about it by visiting my profile>page

What’s the problem with saying she looks good, she always looks good. Get over yourself and stop being judgmental, I’m sure she could care less.

You’re right, I’m sure she couldn’t care less…..because she’s logging on to this site and others to check the pulse of America. She looks ridiculous. How’s that for judgmental? Always has looked ridiculous….always will.

heh heh! Rhianna. That is all.

Gigglesnorted beer all over my computer screen when I read the caption for slide #5.

I had no idea when I dropped off my 1980’s bridesmaid dress at Goodwill, that it would be picked up by Rihanna. Wow!!!

you have nicecollections please chekout our Handbags collections.