If You Need Style Inspo for the Fanny Pack Trend, Celebrities Have Provided All You Could Ask For

It probably won’t surprise you to hear they’re favoring designs from Chanel, Gucci and Prada
0 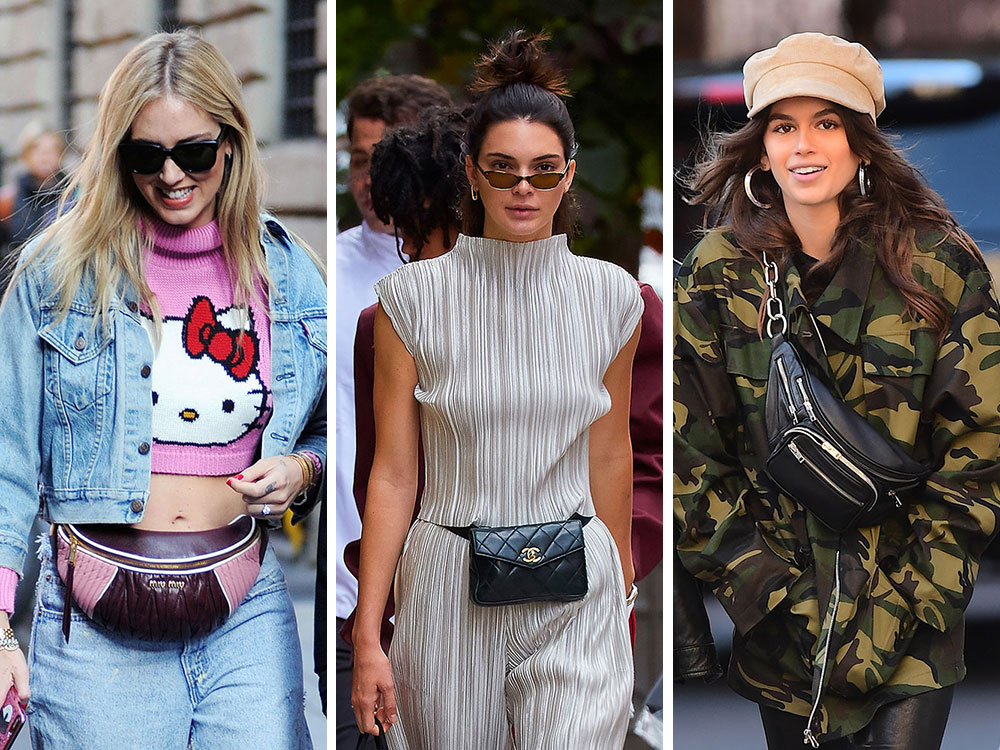 Fanny packs are, understandably, controversial. The waist-worn bags have their share of historically unstylish associations, but in the fashion climate of 2018, that only makes them all the more ripe for a comeback, just like tiny sunglasses. Even so, wearing one of these bags in public can be a bit daunting; not only are they something most people aren't used to incorporating into an outfit, but choosing a fanny pack also requires admitting to the world that you've succumbed to a rather silly trend. Especially if you want to sling one across your chest, which is the trendiest way to go. (And yes, people are actually doing this out in the wild, or at least in my trendy Brooklyn neighborhood. And, admittedly, I am doing it too.)

Thankfully, fanny packs are a pretty broad category, and the trend also includes the more demure variety: belt bags, which are actual belts with petite little pouches on them. They're more tailored and dressy than their roomy alternatives, which makes them better for different kinds of outfits and occasions. On the other hand, if you're looking for the trendiest possible option, you'll want to go for a full-on fanny pack because they're the superior crossbody option.

If all this feels like a little much, or if your interest is piqued but you're not sure where to start, we've got some inspiration for you: celebrities have been on the fanny pack trend like white on rice over the past few months, and in the nearly two dozen images below, you can pick out all the styling tricks and tips you need.

One handy option for slowly incorporating a bold trend like a fanny pack into your wardrobe is simply not wearing it as intended. In fact, just carry it in your hand, as Bella Hadid is doing with this Prada Tessuto Belt Bag. Shop the Prada Nylon Belt Bag via farfetch.com ($870) 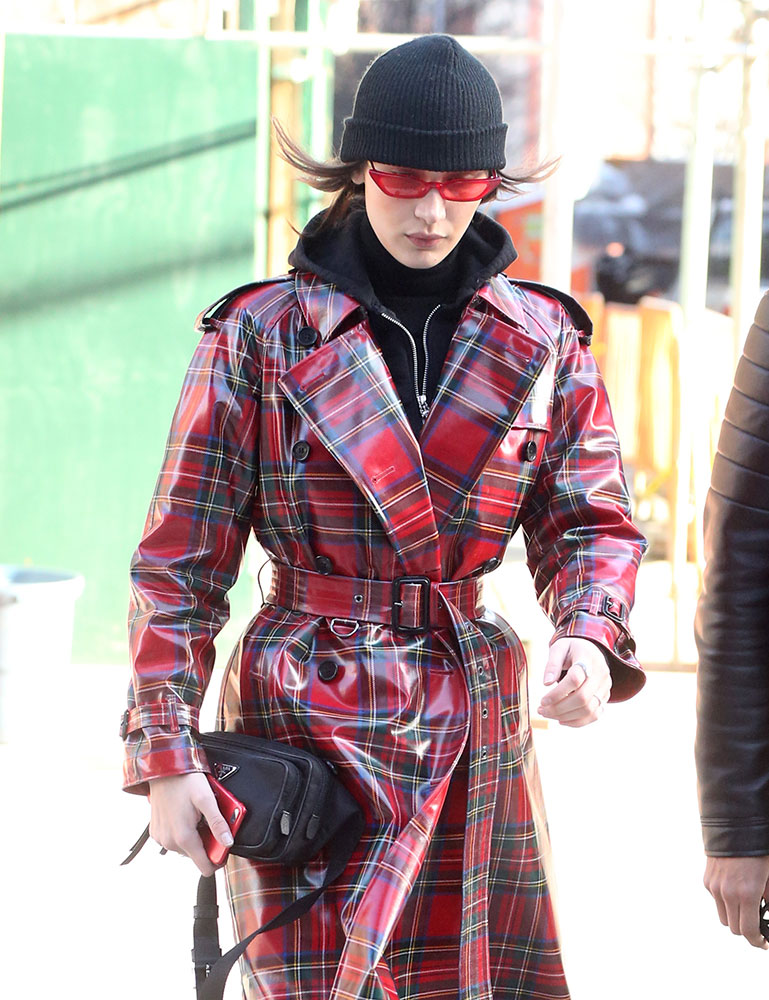 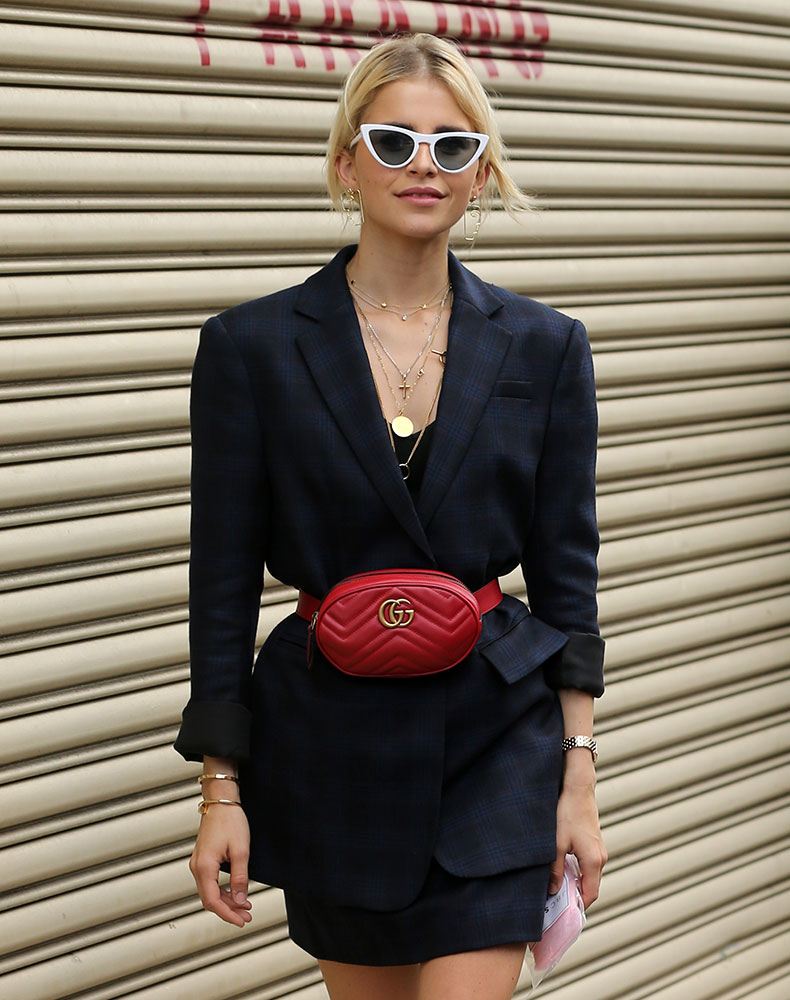 Chanel's many petite, vintage belt bags also proved popular across the board, from fashion stars like Chiara Ferragni to paparazzi-baiters like Kendall Jenner. Shop Chanel Bags via Vestiaire Collective 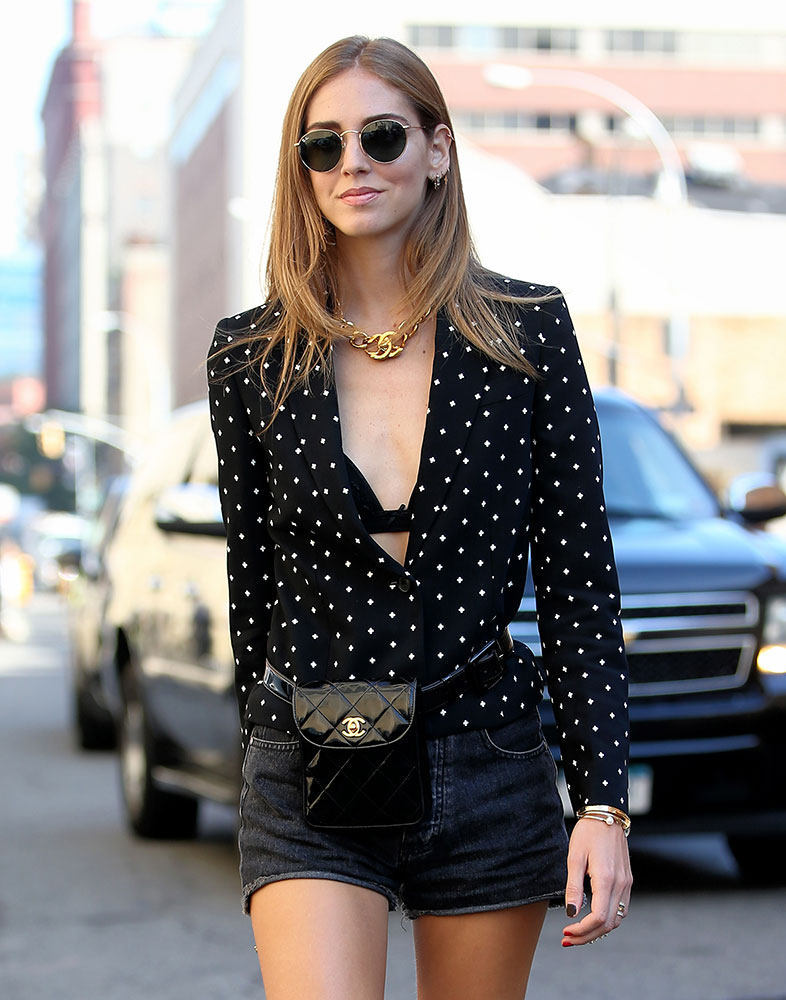 Chiara also carried this Miu Miu version, which is a bolder look than most that have celebs have tried out—generally, they've stuck to single-color and neutral bags. Shop the Miu Miu Belt Bag via mytheresa.com ($1,490) 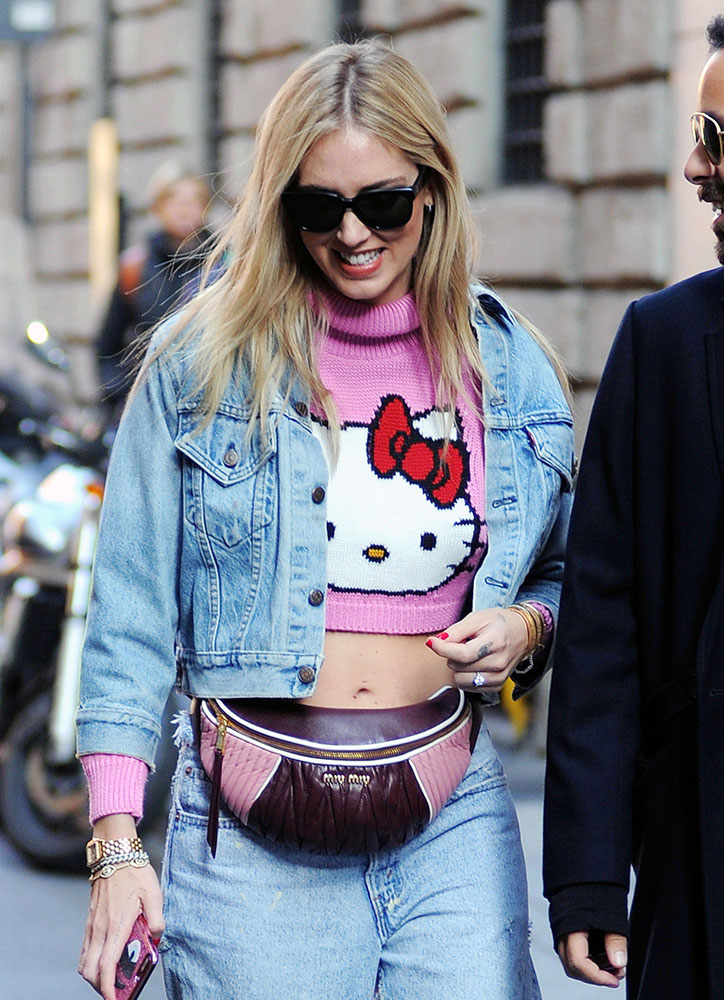 Fergie was an early adopted of this trend; she and her Chanel Belt Bag first showed up years ago, demonstrating one of the key times it's convenient to be hands-free. Shop Chanel Bags via Vestiaire Collective 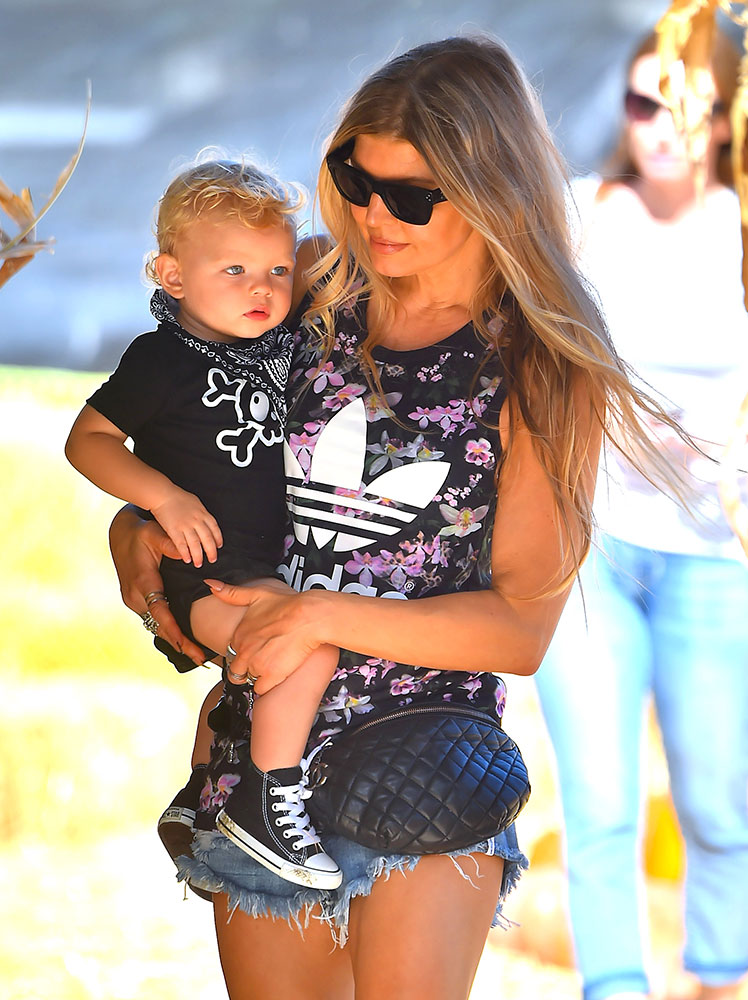 Celebrity stylists must have bought up half the vintage Chanel belt bags in the world, based on how frequently we've seen them recently. Shop Chanel Bags via Vestiaire Collective 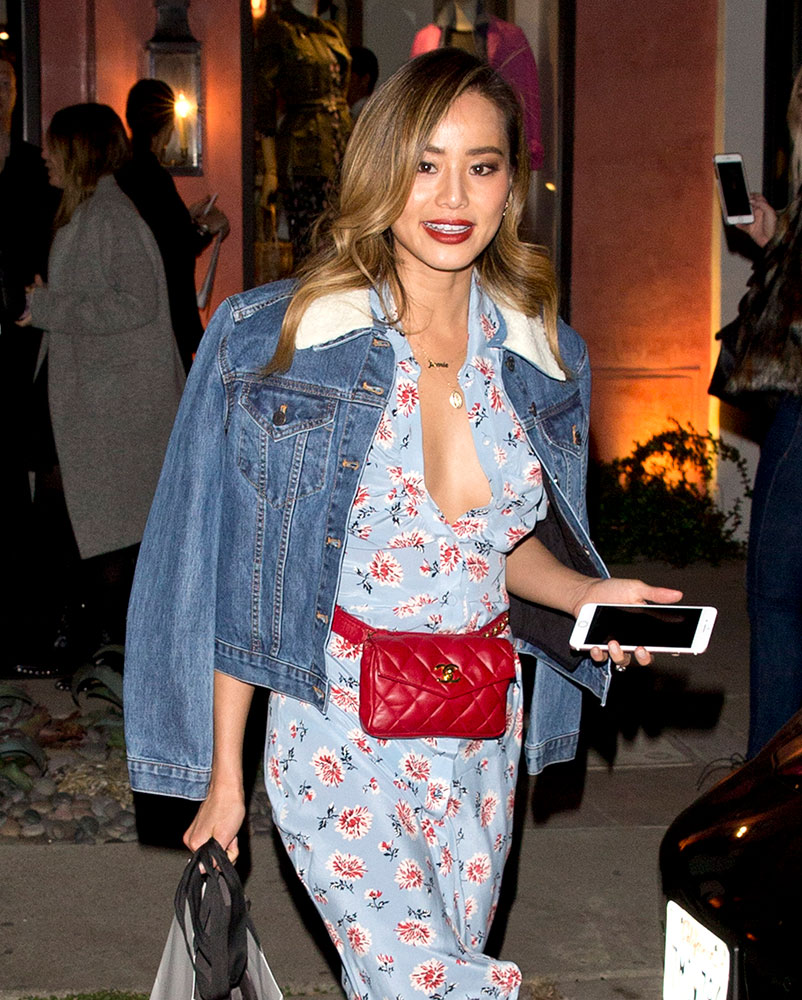 Kaia is wearing another extremely popular celebrity option: the Alexander Wang Attica Fanny Pack, which has long been sold out online. Alexander Wang's website still lists it as part of the brand's product assortment, so here's hoping a restock is coming soon. Shop Alexander Wang Bags via Shopbop 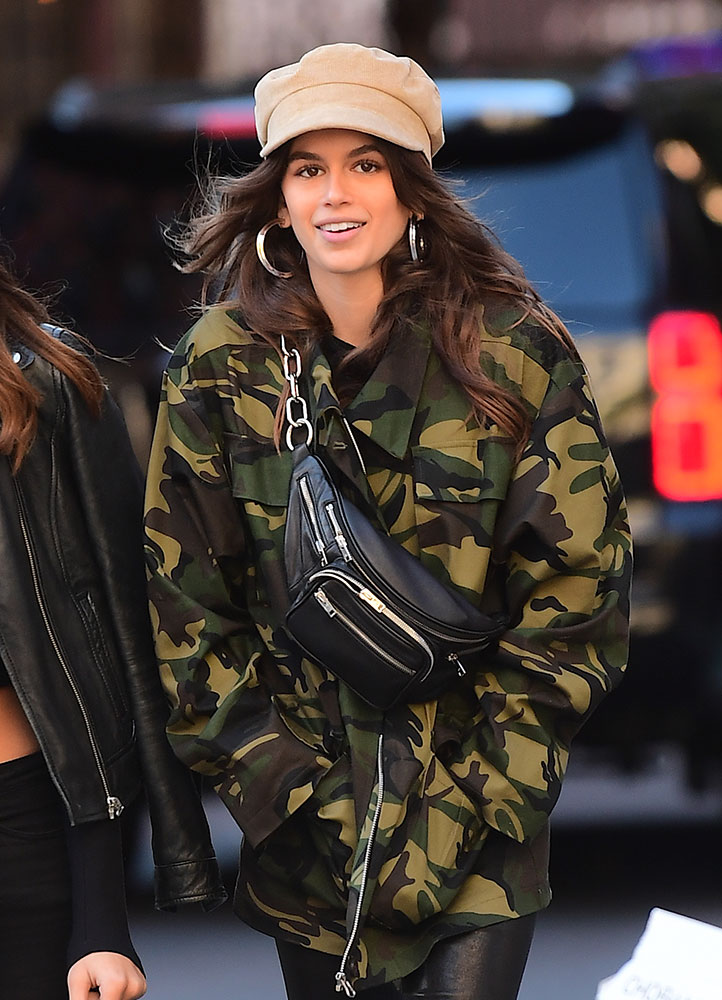 If you really want to drive home the tourist connotations of your Chanel fanny pack, you can style it like Katy Perry did on a trip to Rio. I wouldn't recommend it, but still: it's a choice you can make. Shop Chanel Bags via Vestiaire Collective 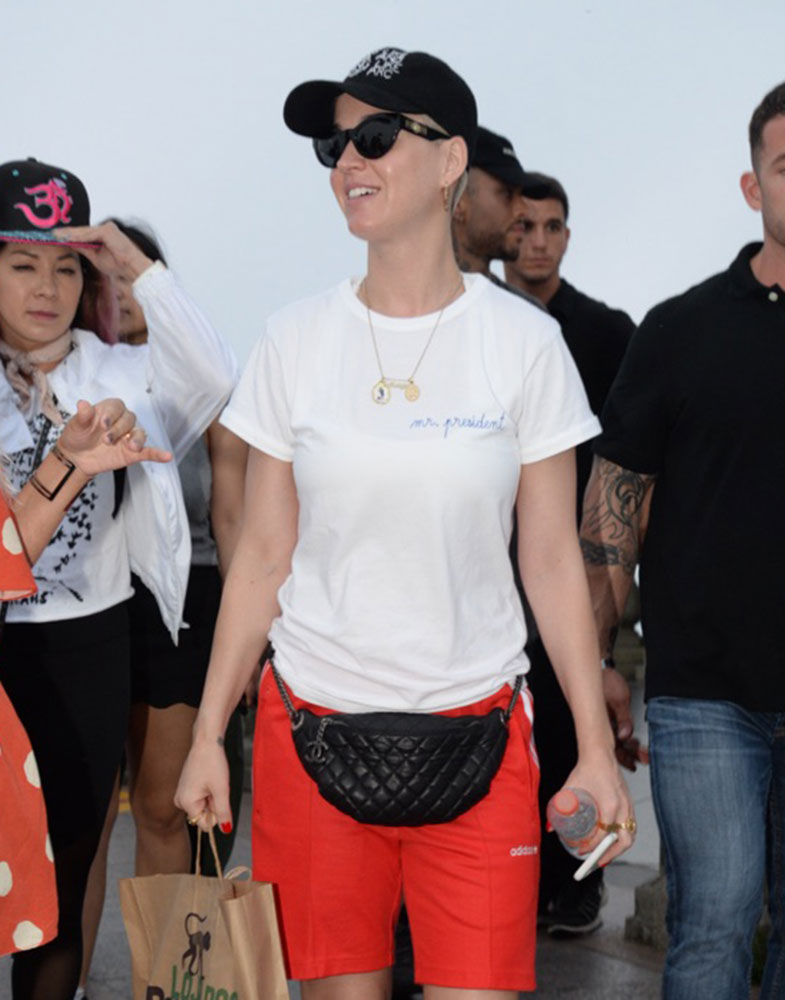 Kendall Jenner was one of the fanny pack's earliest supporters during this trend cycle, and she's stuck with it through several different styles, including this little Chanel belt bag. Shop Chanel Bags via Vestiaire Collective 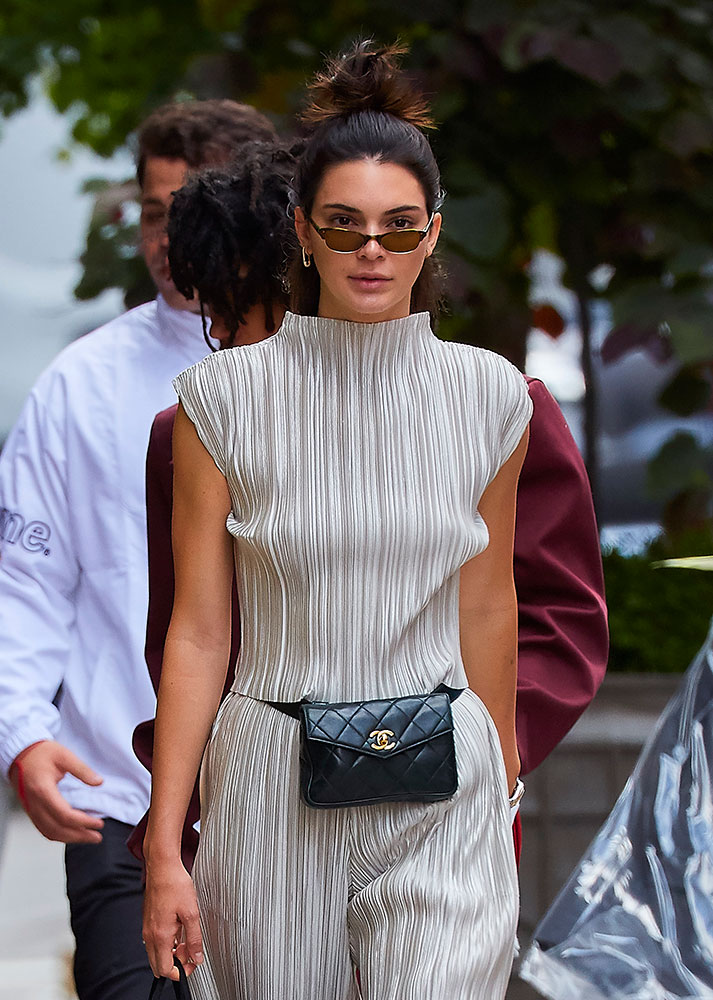 Back around the dawning of this latest version of the fanny pack trend, we also caught Kendall carrying this fake vintage Louis Vuitton version. For the counterfeit-averse among us, Louis Vuitton now makes a very similar real version. Shop the Louis Vuitton Bumbag via Louis Vuitton ($1,500) 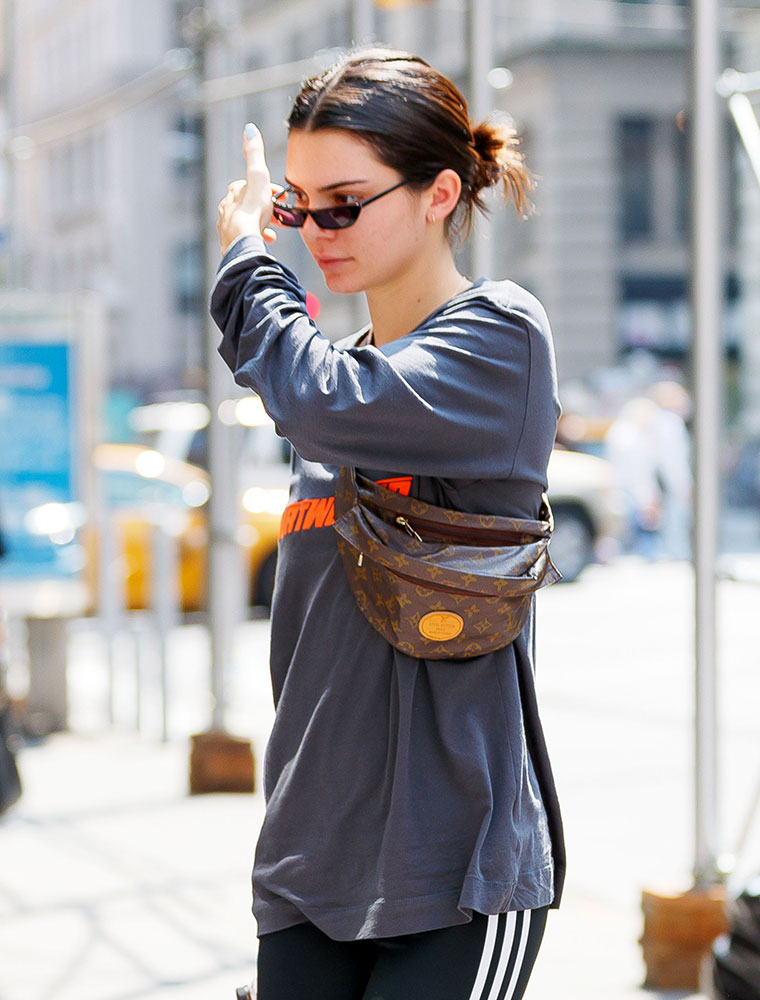 Kendall has also embraced the Prada nylon resurgence, which is a trend in its own right. Shop the Prada Nylon Belt Bag via farfetch.com ($870) 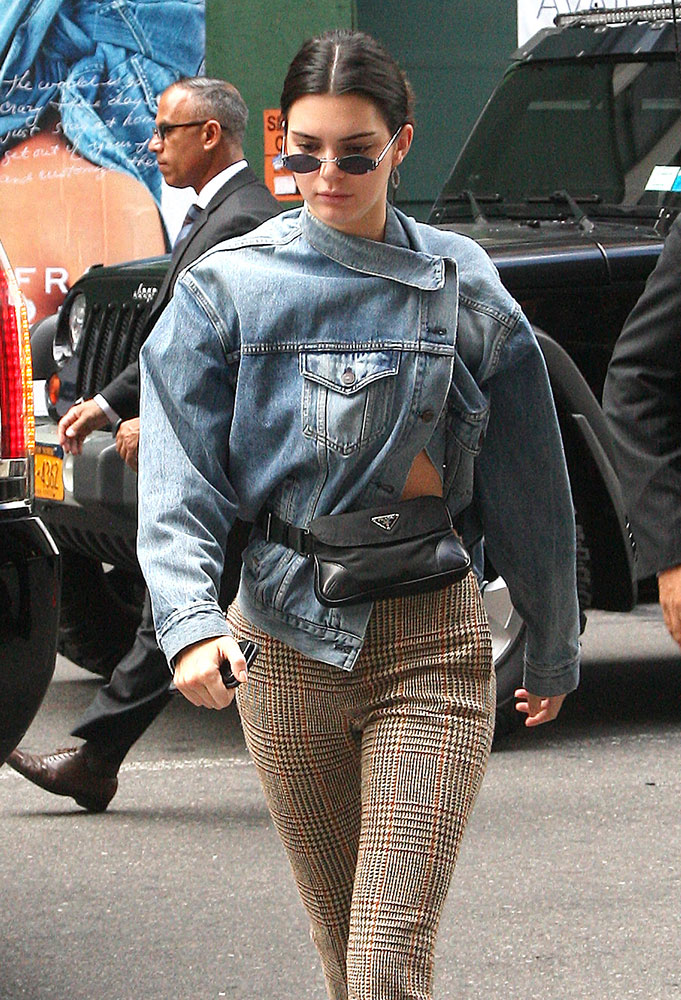 Far be it from Kim Kardashian not to experiment with a sartorial trend. She was among the many who embraced Alexander Wang's take on the fanny pack. Shop Alexander Wang Bags via Shopbop 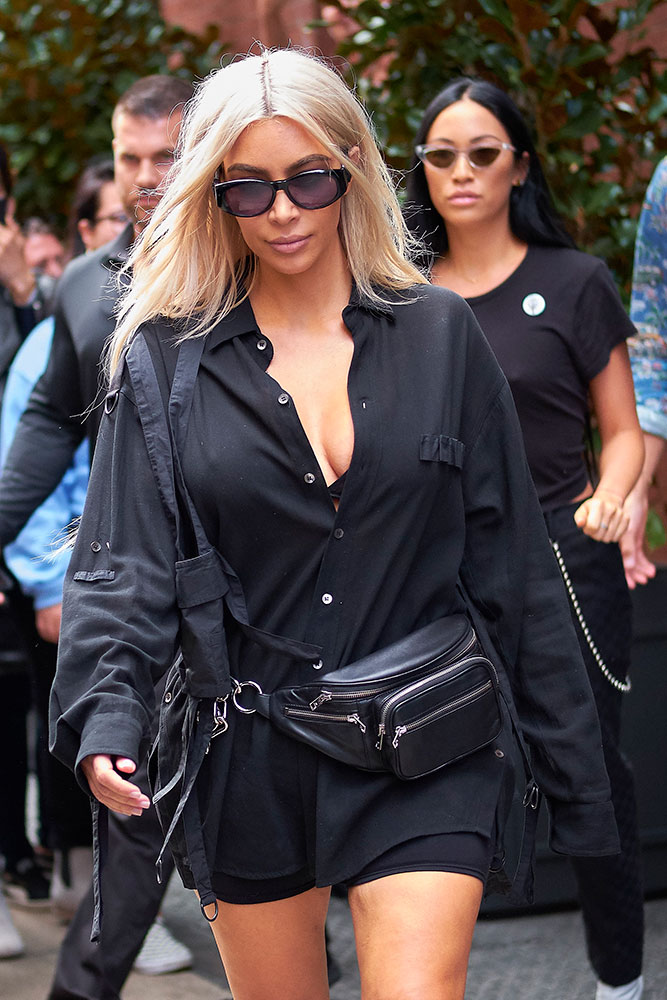 Kate Moss's little sister Lottie tried a version of the trend that doesn't appear to be designer. And really, that's one of the best parts of the fanny pack trend—you don't have to spend a fortune on it because the bags are, by their very nature, often quite inexpensive and made of non-leather materials. 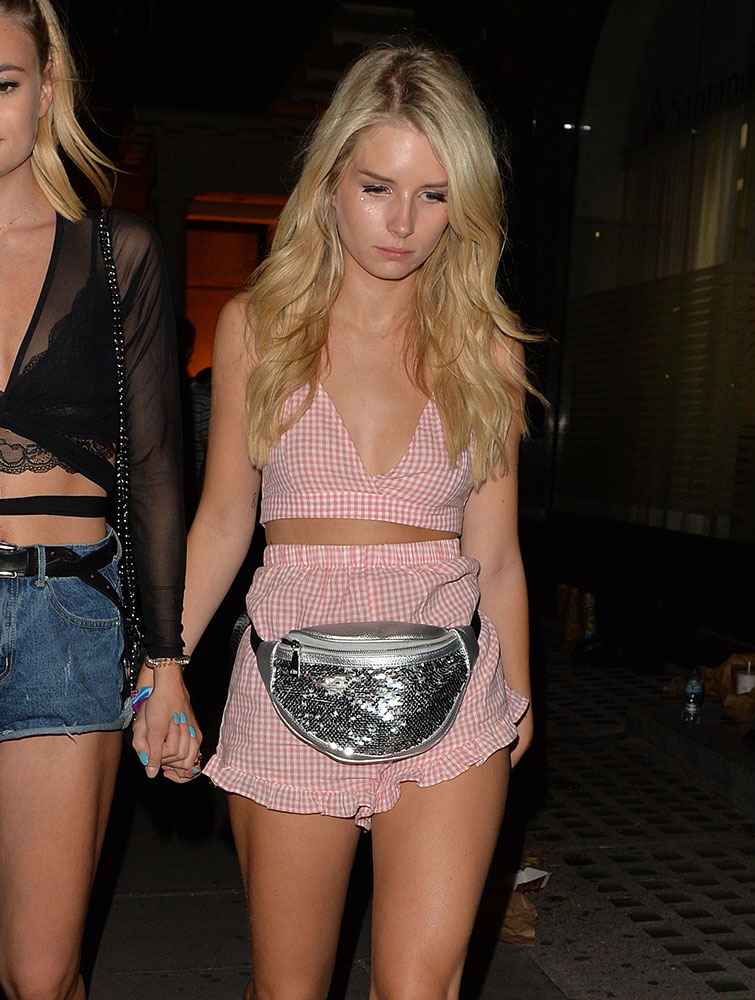 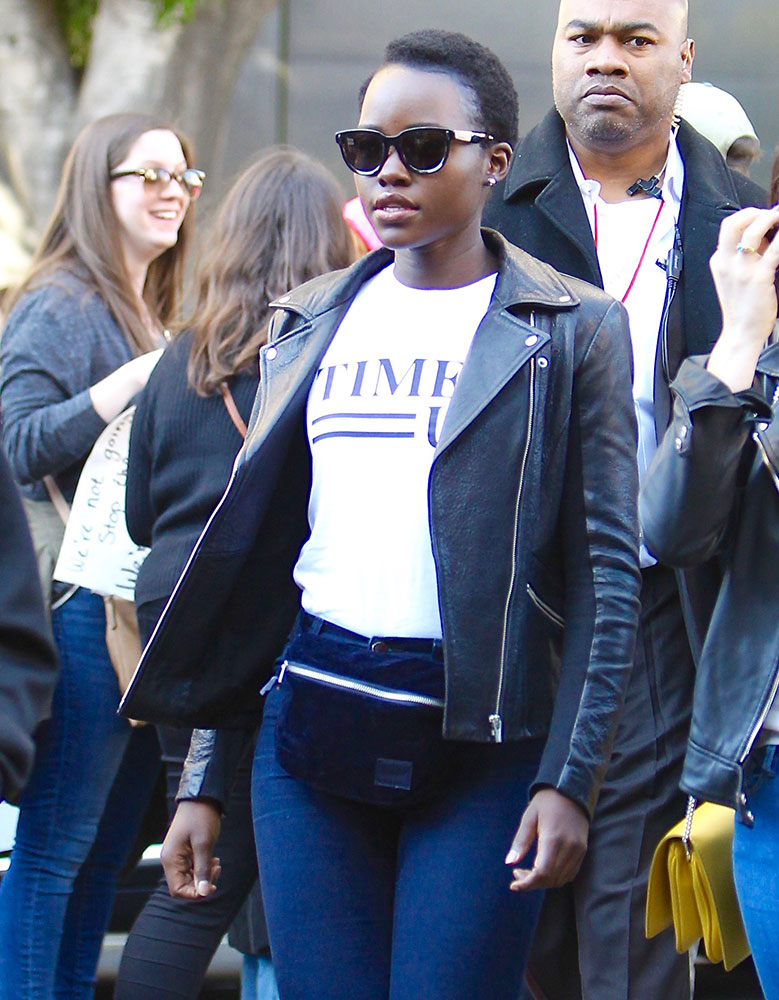 Rita Ora, like Kim K, is an inveterate trend-chaser, so of course she's on top of this. Shop Chanel Bags via Vestiaire Collective 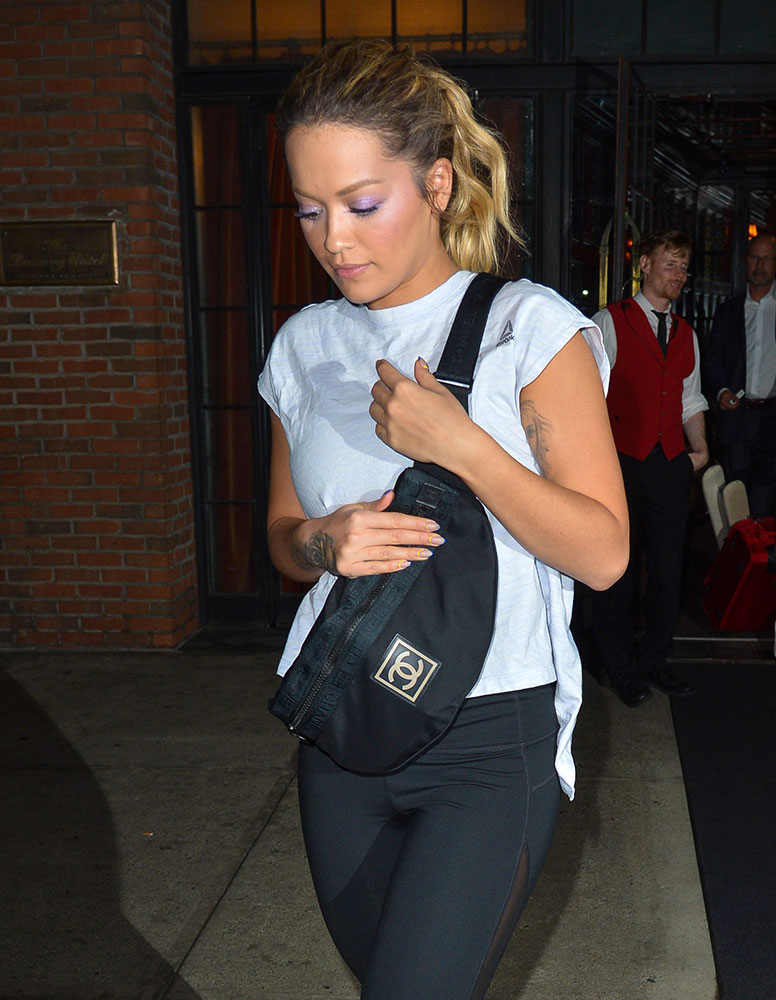 She's on top of it twice. Shop the Prada Nylon Belt Bag via farfetch.com ($870) 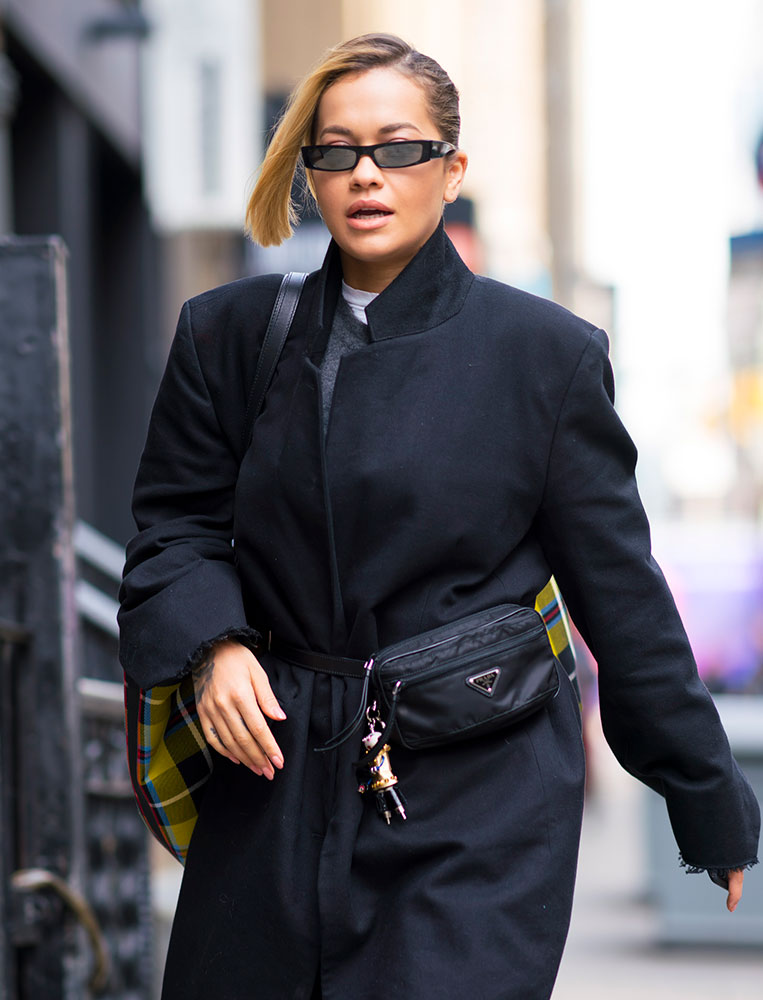 Rosie Huntington-Whiteley has been a bit later to the game than some of her style star compatriots, but she has made up for it with enthusiasm, including with the sold-out Alexander Wang we've seen a lot of. Shop Alexander Wang Bags via Shopbop 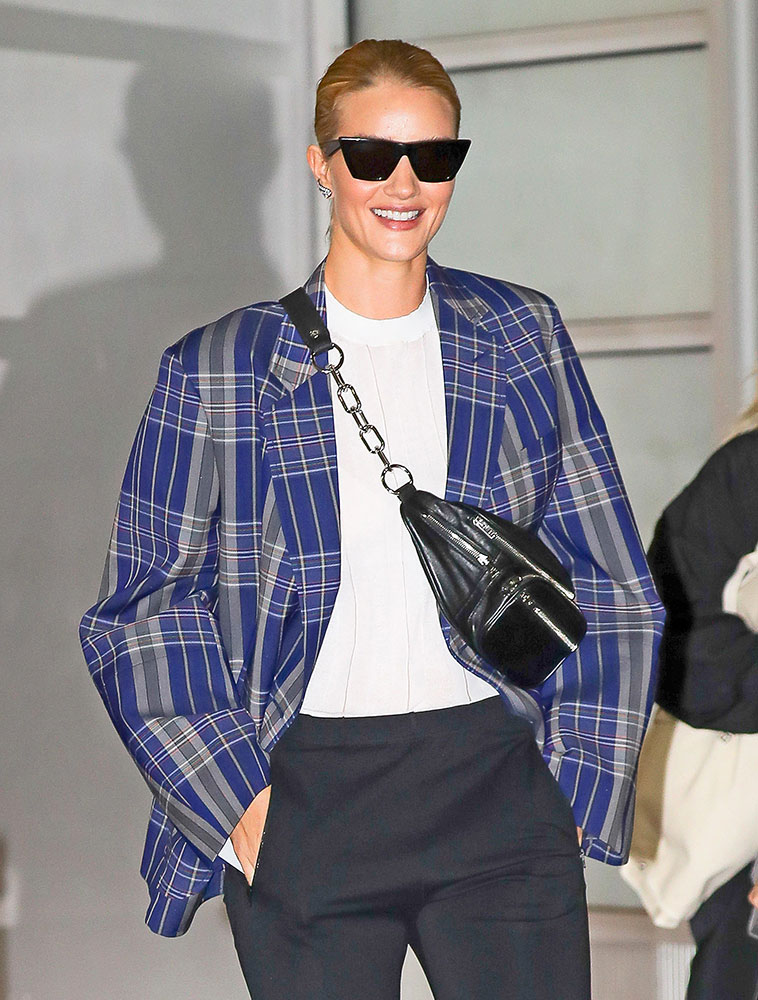 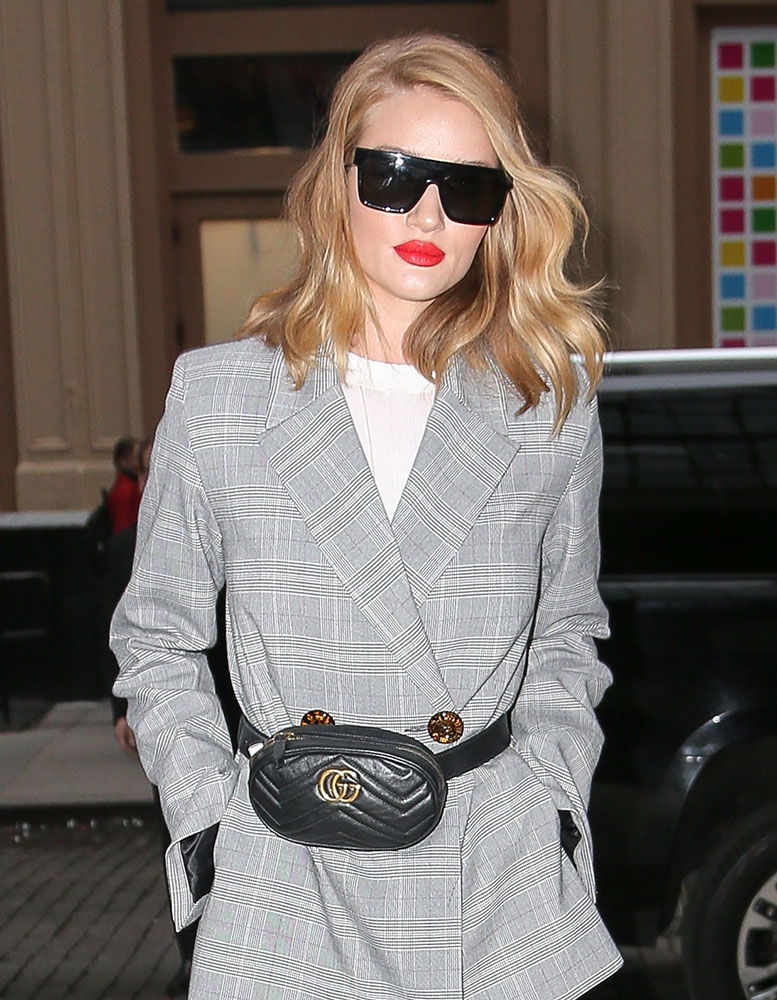 Honestly, my main point of interest here is the leopard fur bathrobe? Shop the Gucci Marmont Belt Bag via Gucci ($1,100) 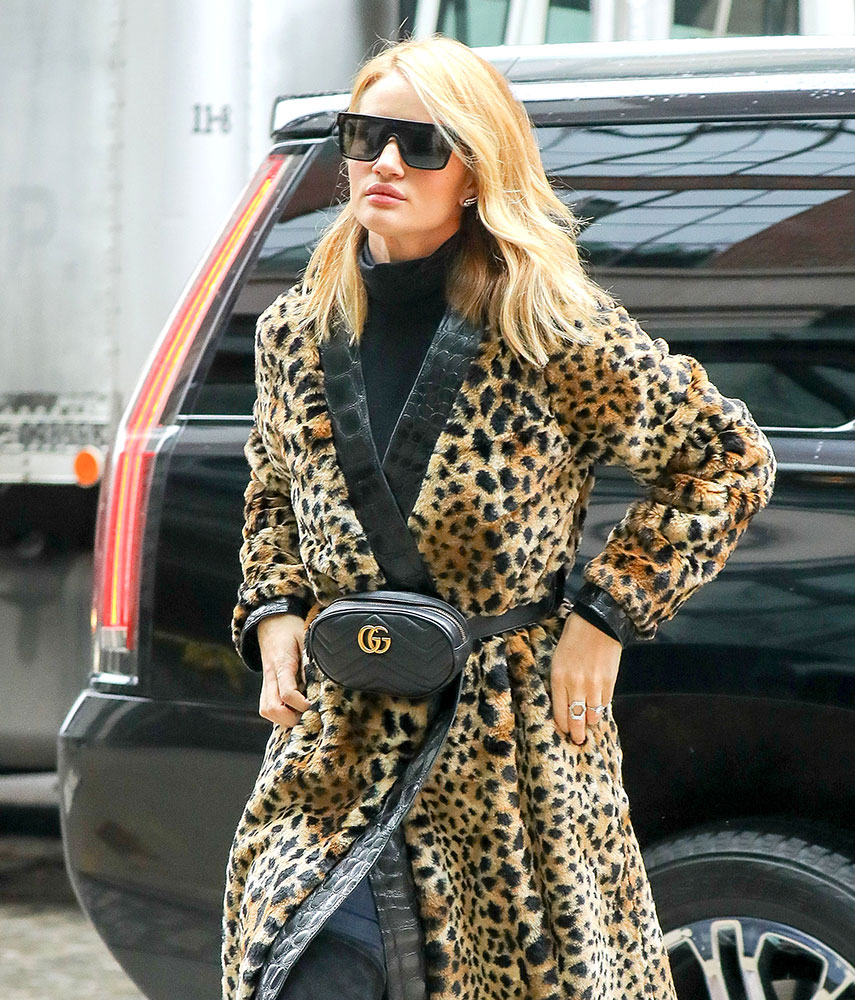 It's possible that there are no more Alexander Wang Attica Fanny Packs available because they were all sent directly to famous people. Shop Alexander Wang Bags via Shopbop 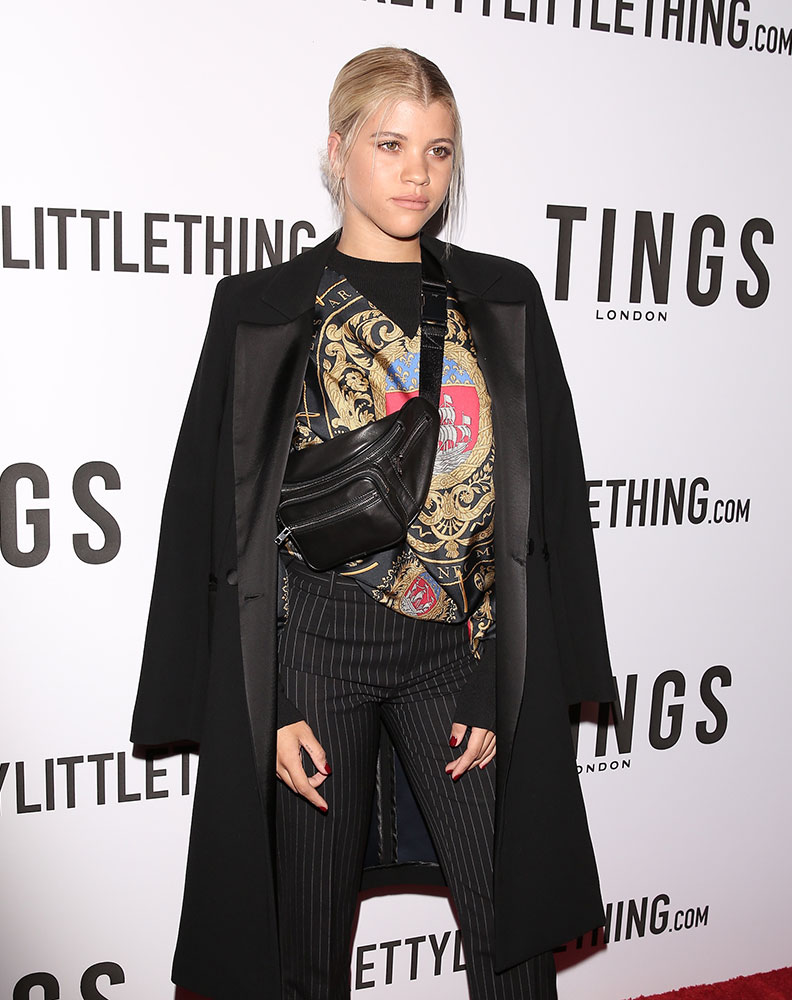 On the other hand, Gucci seems to have anticipated that widespread love from fashion stars would mean people would want to buy the brand's belt bags. Shop the Gucci Marmont Belt Bag via Gucci ($1,100) 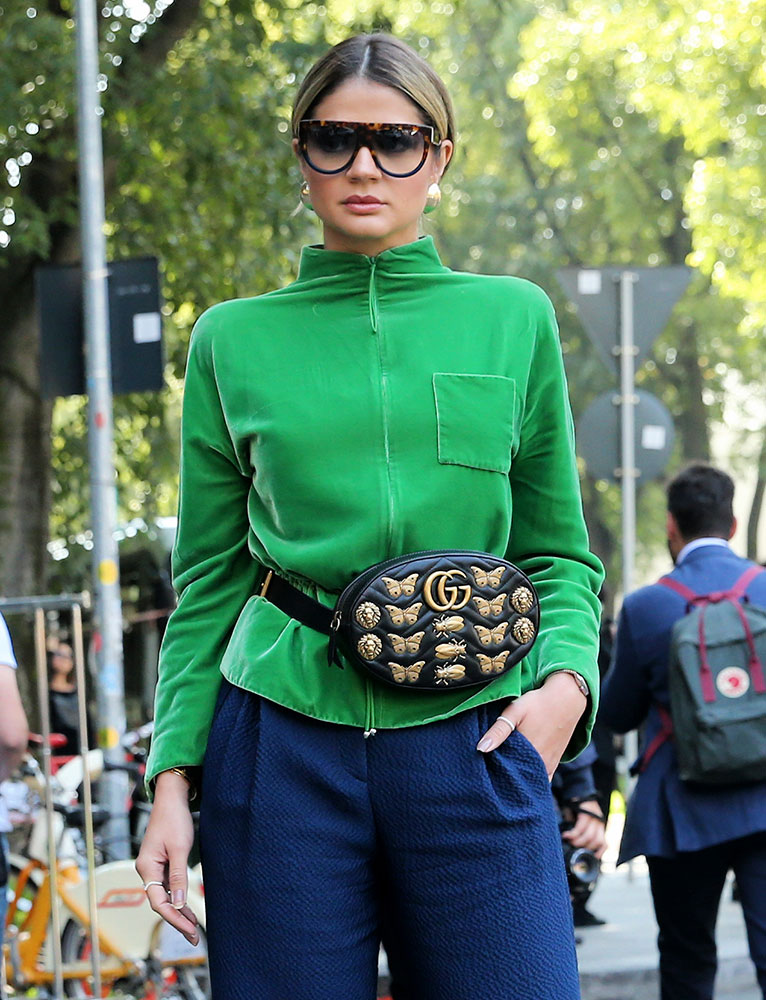 One very accessible approach to fanny packs, as seen on Yara Shahidi with her Chanel Fanny Pack, is to simply pretend it's not a fanny pack at all. Shop Chanel Bags via Vestiaire Collective 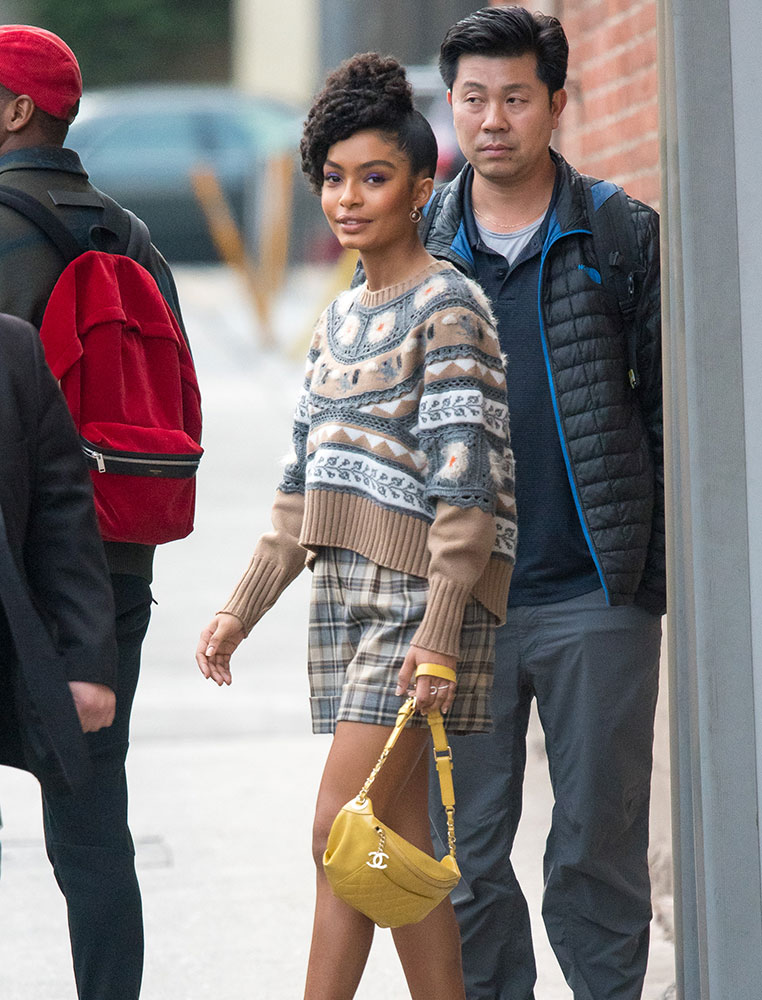 Yuwei is demonstrating an important point here: it's really not advisable to wear bags that are far to the belt bag end of the belt bag/fanny pack spectrum in the crossbody style. They're just too tight and structured. Shop the Gucci Marmont Belt Bag via Gucci ($1,100) 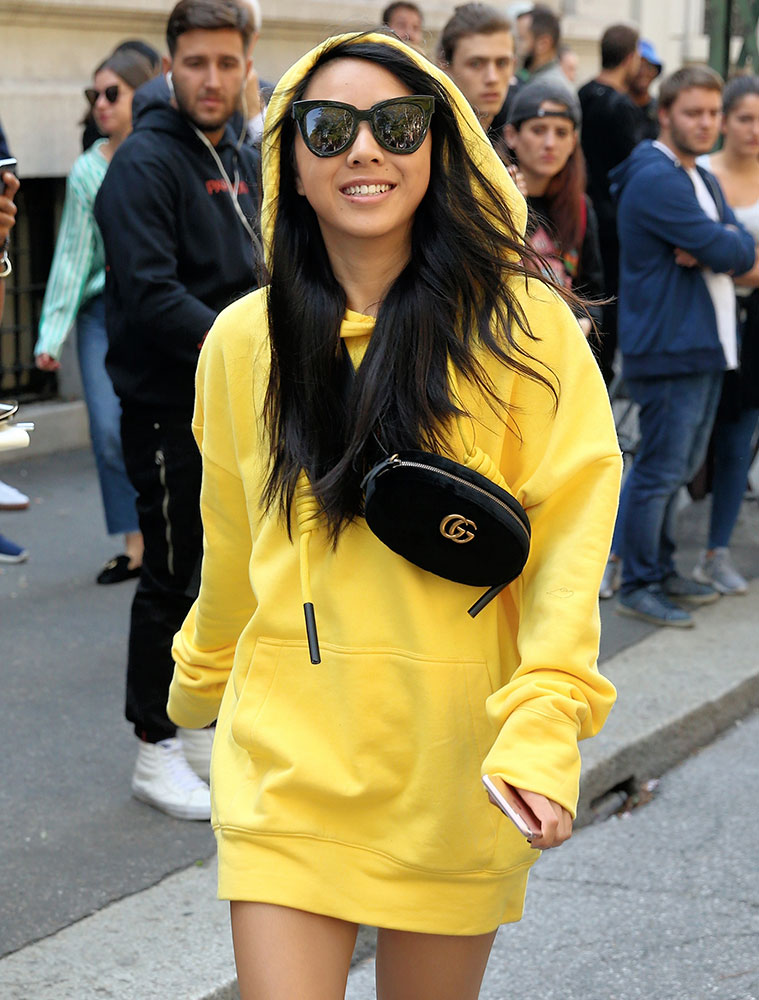