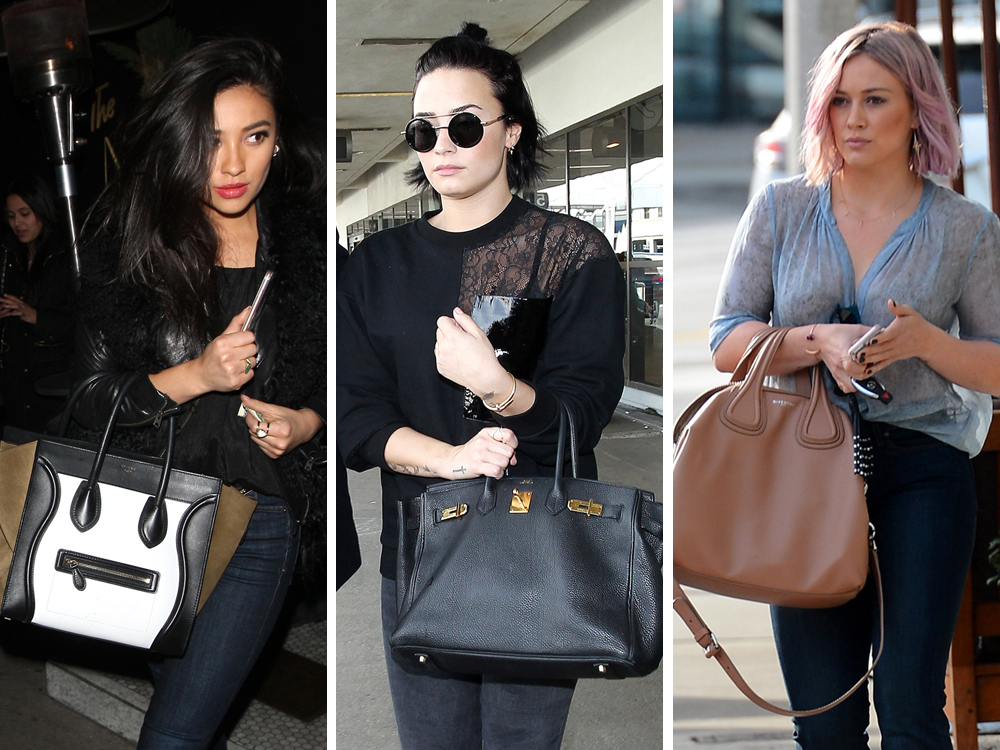 For months, I have labored under the impression that The Nice Guy was a late night hang-out for celebs, and while that’s not entirely untrue (they have a special “late night” menu, an impressive drinks menu, and a exceptional whiskey menu), it may shock you to find that The Nice Guy is actually a restaurant first. As in, you and I can just walk in and dine there any time after 6pm, maybe even without a reservation. (But probably not.)

The Nice Guy is an Italian eatery decorated in exceptional, classic Hollywood style, and celebs are flocking there en masse this week; in fact, it’s at a pace that makes me wonder if everyone is suddenly completely over Craig’s. Say it isn’t so, West Hollywood! Fortunately for us, the sudden surge of celebrities frequenting The Nice Guy have even nicer handbags.

Here’s mom-to-be Anne Hathaway, double-bagging it as she leaves a shop in LA with a black leather Valentino My Rockstud Bag and a slightly more conspicuous MZ Wallace Metro Tote. Her MZ Wallace tote actually looks like a deflated version of the Chanel Coco Cocoon Tote we saw Julianne Moore carrying last week. 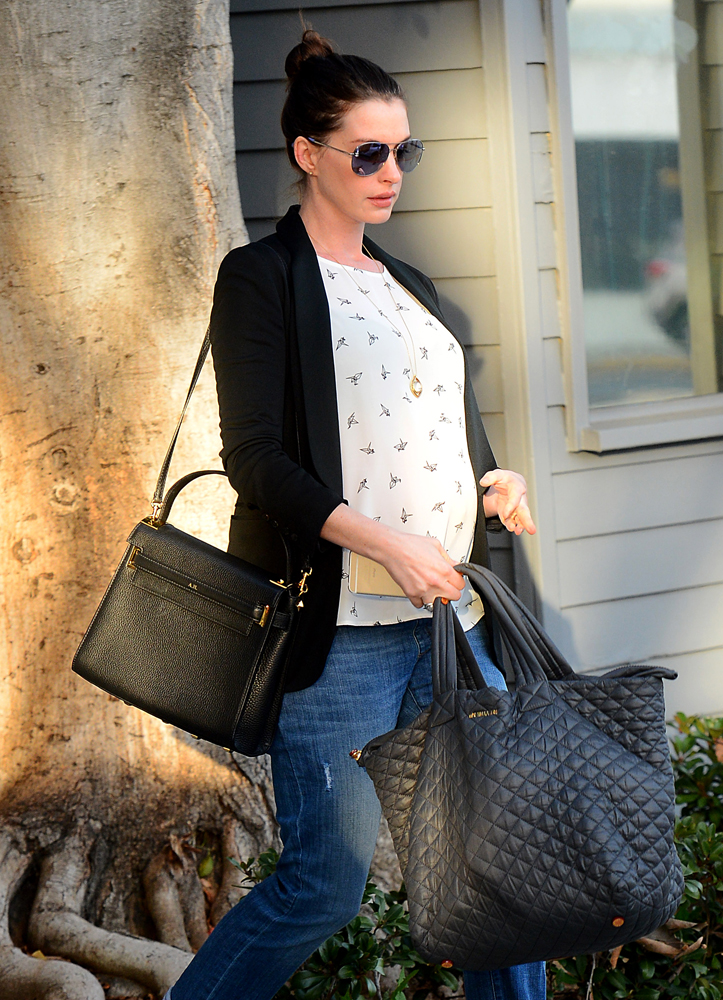 Good news or bad news, depending on your take: heavily embellished, heavily distressed 90’s-style denim is back, as of this week. It’s an extremely odd look for Bella Thorne, who generally goes with something more feminine. Here’s Bella flaunting said denim as she leaves a party at The Nice Guy with a flashy Versace Medusa Shoulder Bag. 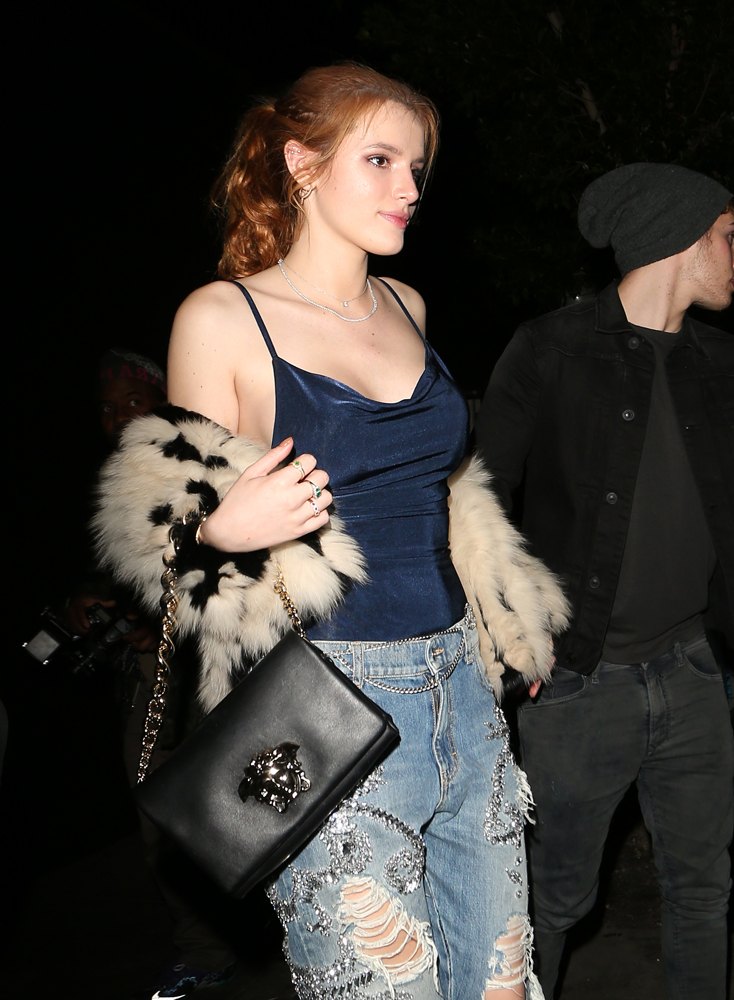 And here’s a barely recognizable Demi Lovato in full luxe-goth mode outside of LAX. She’s carrying a black, pebbled leather Hermès Birkin, which isn’t the most interesting bag in her collection by several degrees. We penned The Many Bags of Demi Lovato way back in 2013, but it is in dire need of a follow-up post, because both Demi’s personal style and taste in handbags have changed quite a bit in two years time. 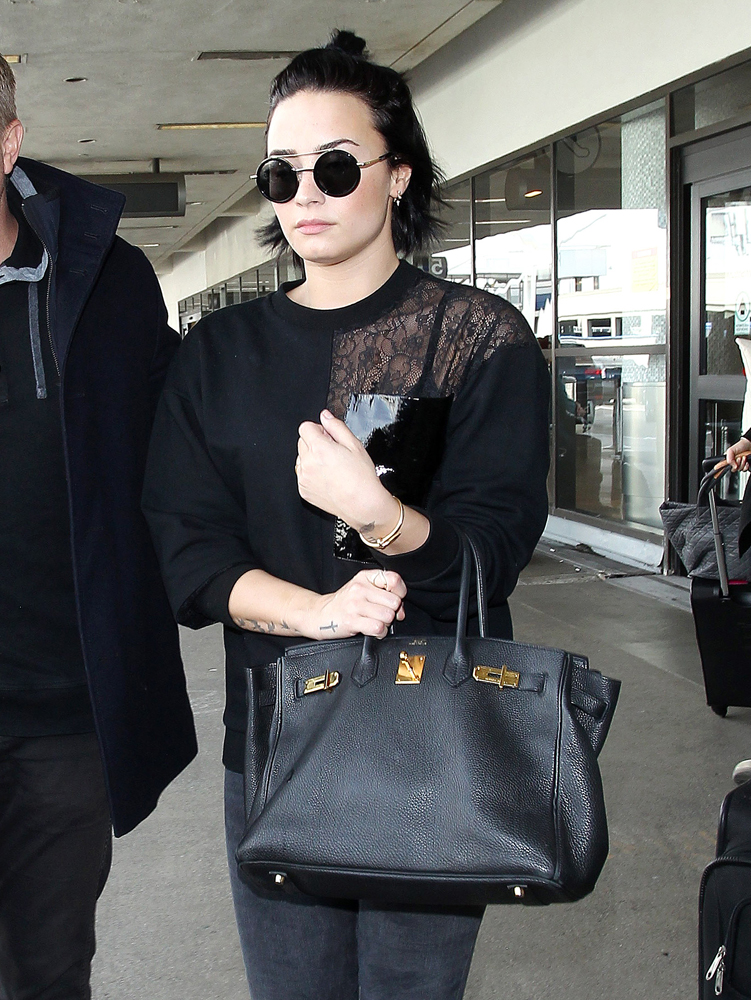 Hilary Duff‘s style, on the other hand, has evolved in smaller, more subtle increments. She’s playing with pink hair streaks, for example, and she’s swapped out her usual Chanel bags for Givenchy. Here she is leaving the Coffee Bean & Tea Leaf in West Hollywood with a sumptuous leather Givenchy Nightingale. 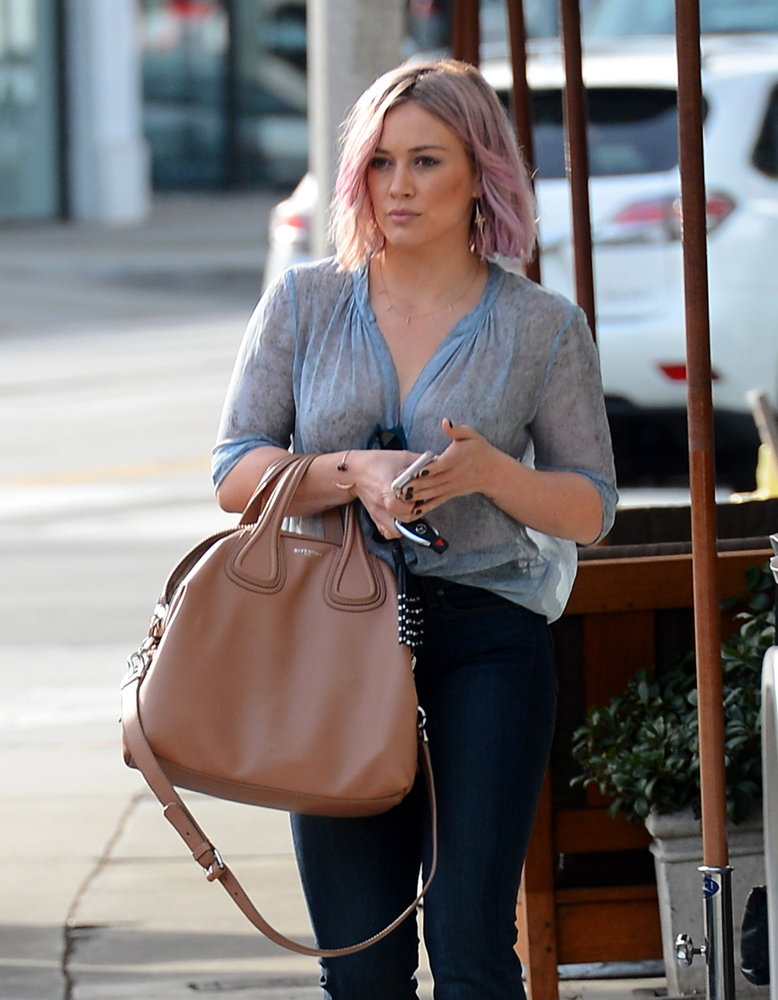 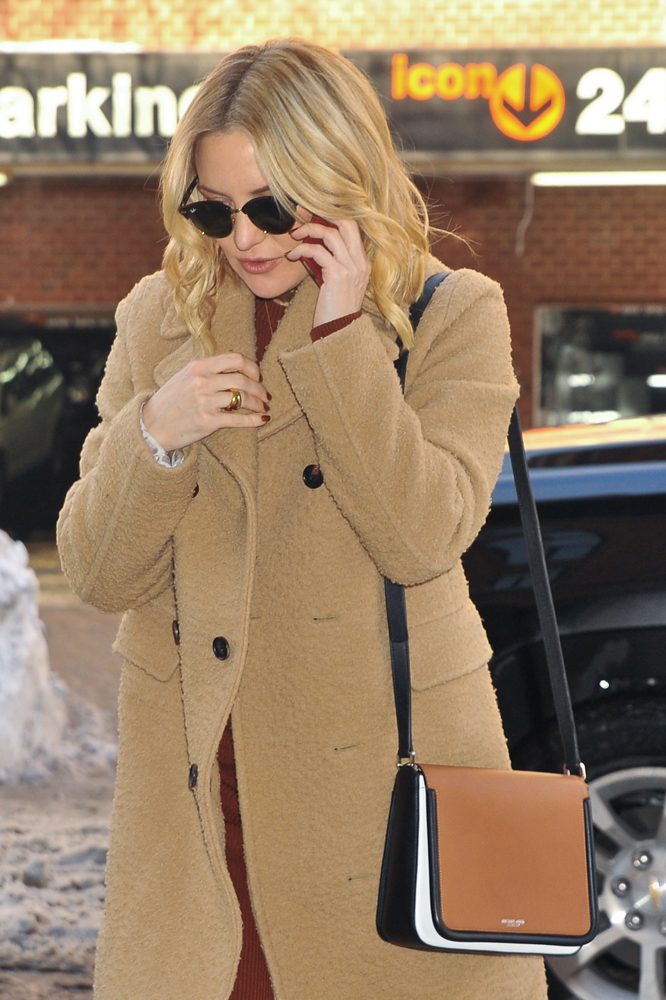 Kelly Rowland has a new bag! (She is fiercely loyal to every bag in her collection. For example, she’s been carrying the same two Chanel bags since 2013.) Kelly was recently spotted leaving The Nice Guy with a new Edie Parker Flavia Clutch customized with the name of her son, Titan. 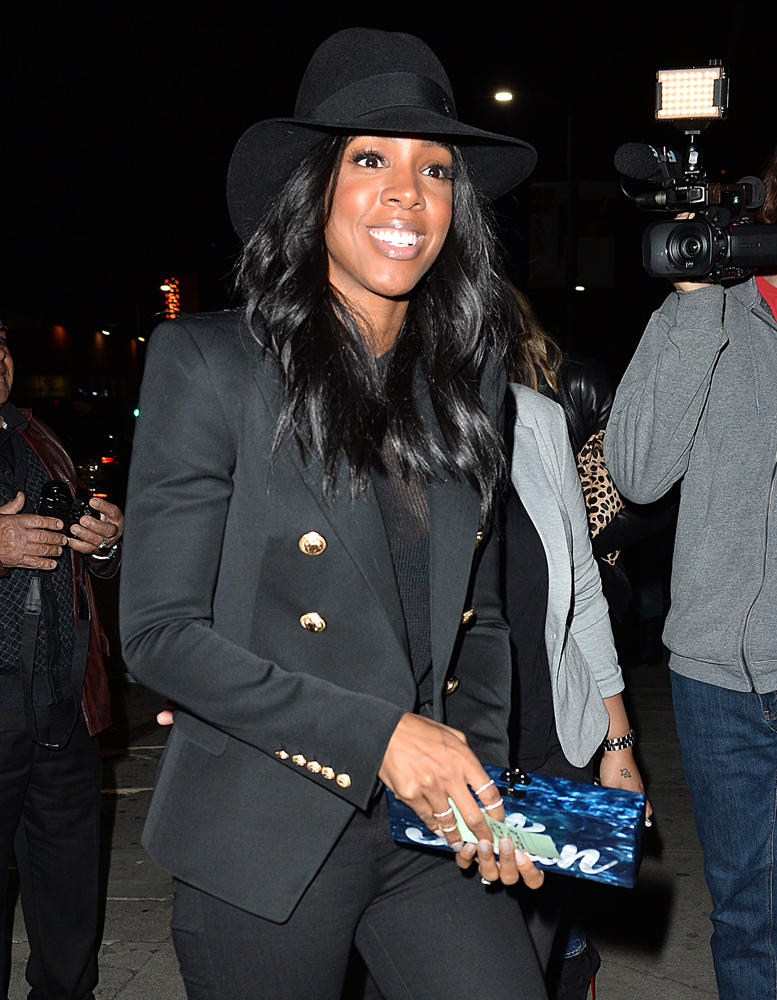 The Nightingale is a popular choice this week; here’s Kendall Jenner carrying one of hers in Paris during Couture Week. She’s carrying the far more commonly seen black leather version of this Givenchy bag. 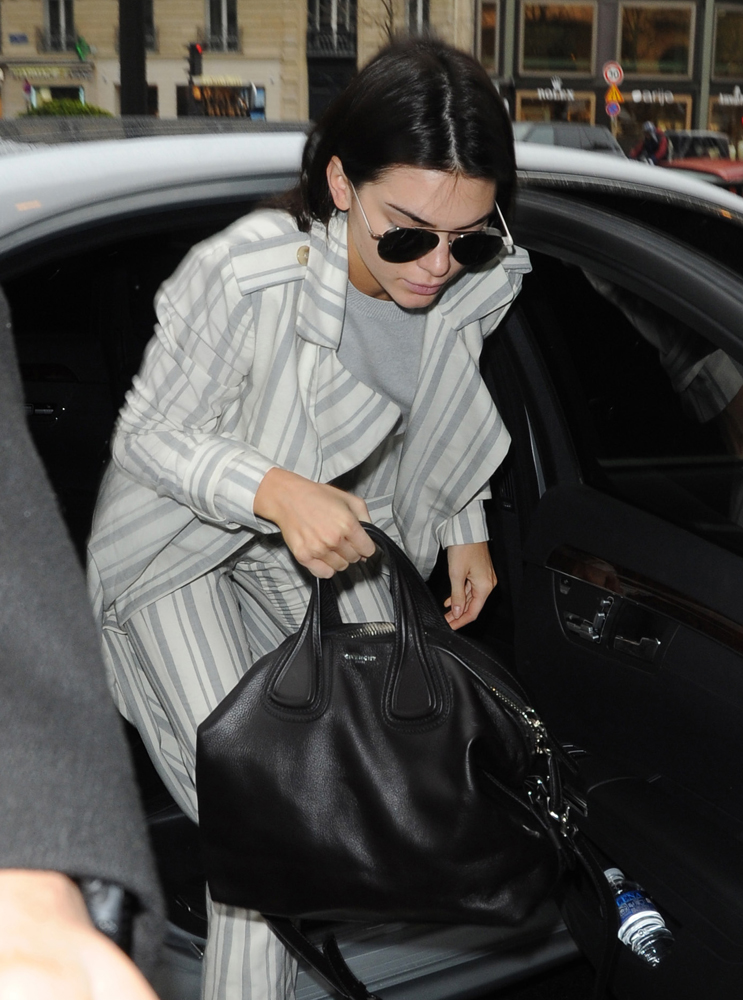 Finally, here’s Shay Mitchell, also leaving The Nice Guy with a tri-color Céline Luggage Tote. I just want to point out that every day bag we featured here this week was black or brown, or black and brown and white. Every. Single. Bag. 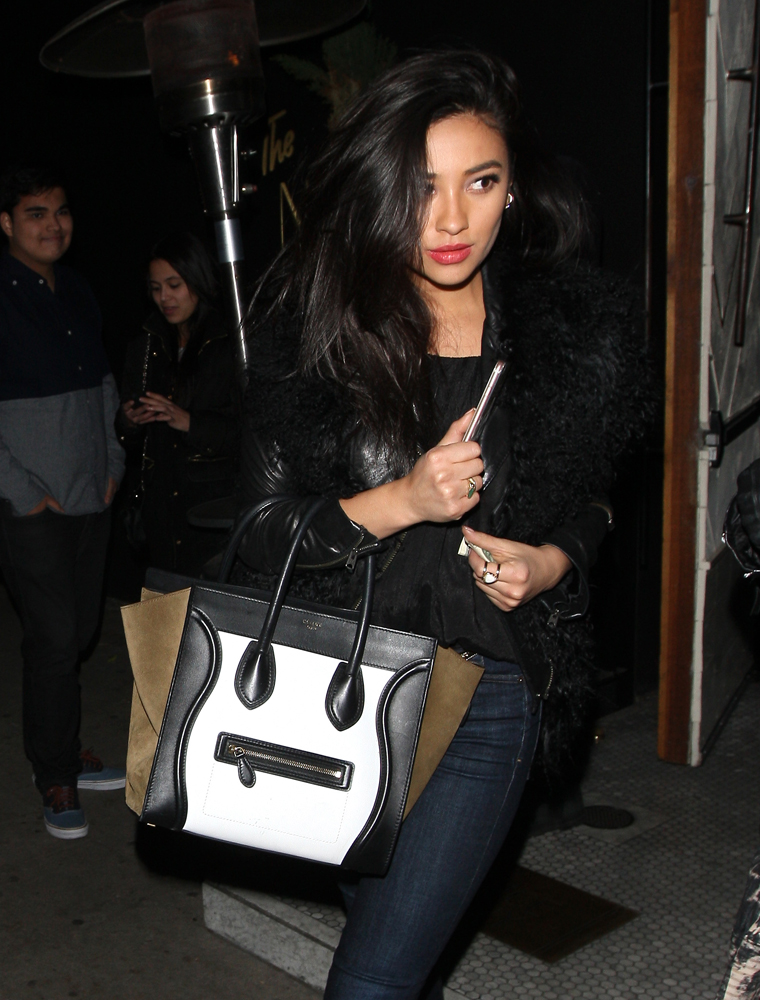 Hilary Duff is a gorgeous girl, but it seems she makes shopping her full-time gig. The girl is too much of a trend follower for my taste.

I’m guessing Kate Hudson’s Michael Kors bag was gifted along with the coat. Doesn’t seem to fit her usual taste.

I currently gain roughly $6000-$8000 on monthly basis from freelancing on internet. Anyone prepared to do basic at home task for 2h-5h /day from your house and gain decent benefit in the same time… This is a task for you… http://ur1.ca/p7vx2