Celebs Jet Off for Holiday Fun with Bags from Saint Laurent, Analeena, and Chanel 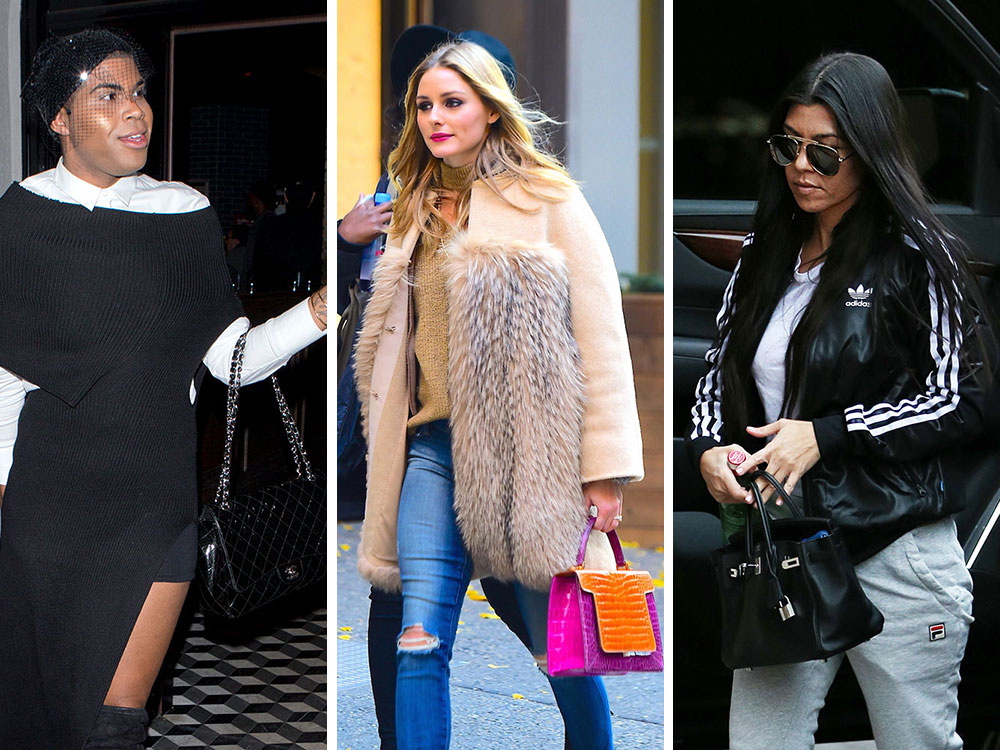 Some celebs are still hitting The Grove and Barneys like there’s no tomorrow (or like Christmas is tomorrow), while others are getting the holiday party started at LAX or at their favorite non-Catch eatery. It’s possible that Karrueche Tran just lives at The Grove now, we can’t actually confirm that she doesn’t. Meanwhile, Olivia Palermo has chosen to showcase one of her best bags once again this year. It may in fact be one of PurseBlog’s best celebrity bag picks of 2016, but you’ll have to check back next week to find out. 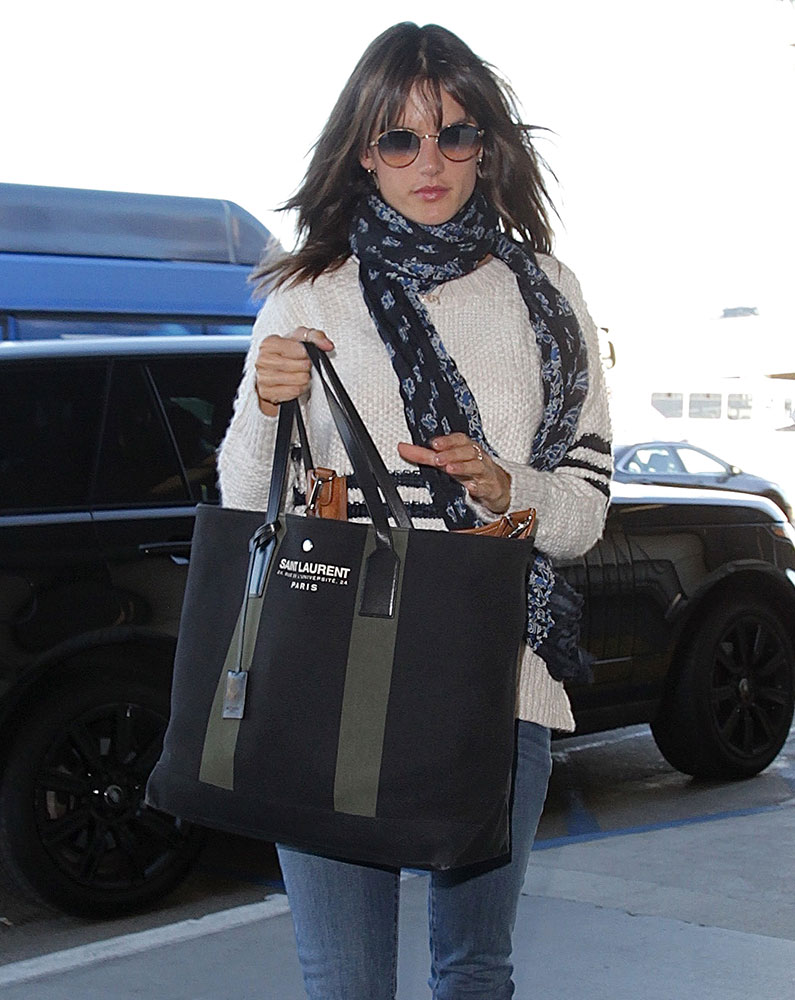 Celebs are finally dining at Craig’s once again! (I’m not entirely certain they ever stopped, honestly, but I am really sick of seeing Catch’s front door.) EJ Johnson recently paid a visit in a very Gloria Swanson-esque ensemble, complete with Chanel Classic Flap Bag. 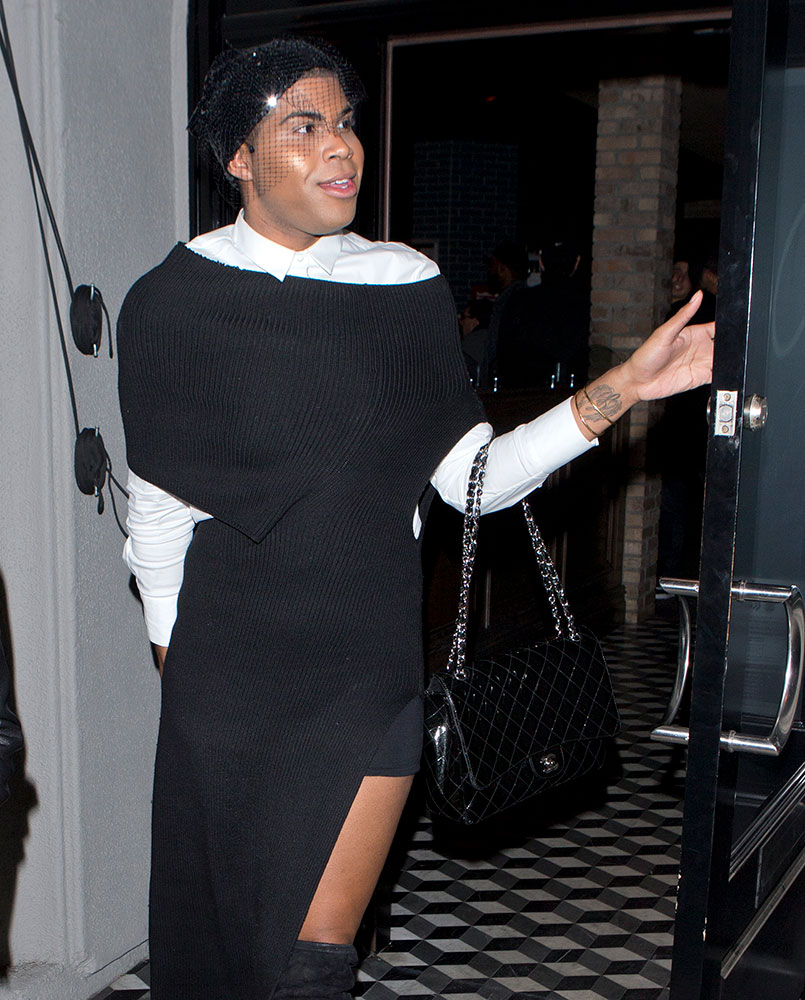 You can’t quite see her face, but you know from her perfectly coiffed hair bun and designer collab bag that’s it’s definitely Jennifer Lopez, doing a little Christmas shopping at Barneys in Beverly Hills. Celebs are extremely devoted to this Louis Vuitton x Christian Louboutin collab bag in particular, we see it pop up year-round. 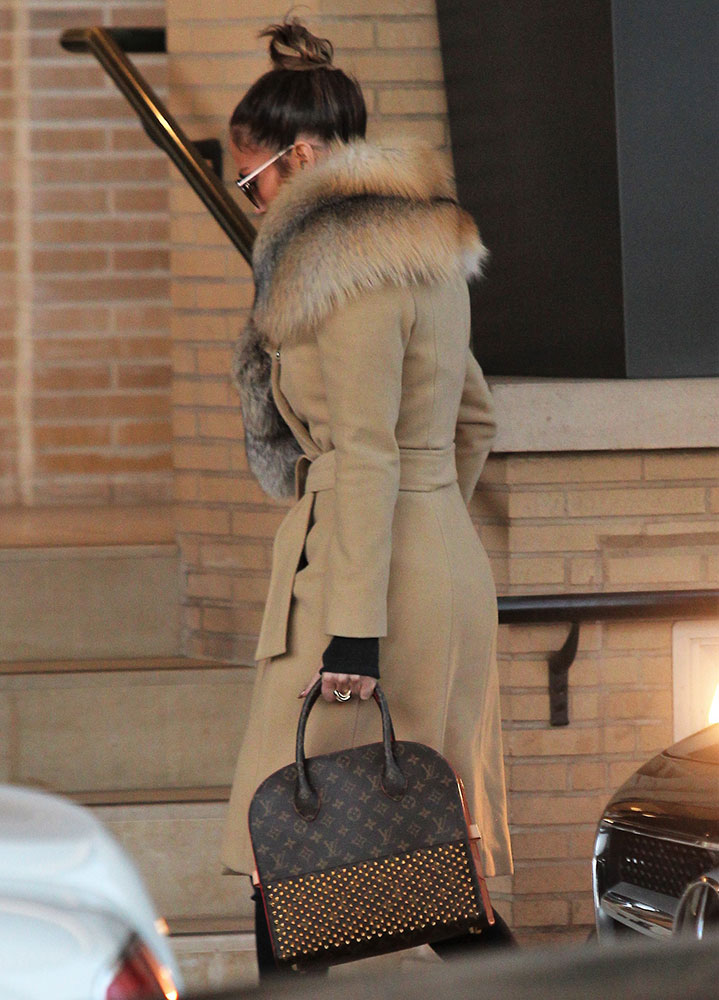 Here’s Karlie Kloss, filming something for Samsung at Magnolia Bakery in the West Village. She’s carrying one of her own bags, the Alexander McQueen Legend Bag, which she has been favoring pretty heavily lately. 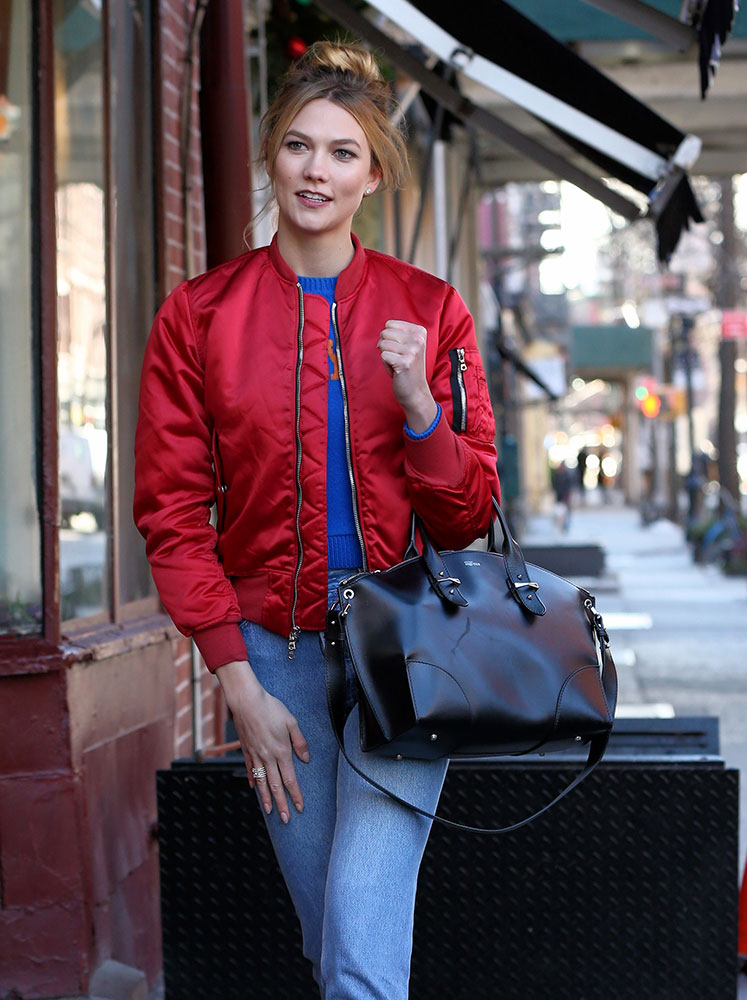 Didn’t we just see Karrueche Tran shopping at The Grove? Yes, yes we did. This time, she’s carrying a hot red Chanel Boy Bag. Karrueche does all of her holiday shopping in sweats, apparently. Respect. 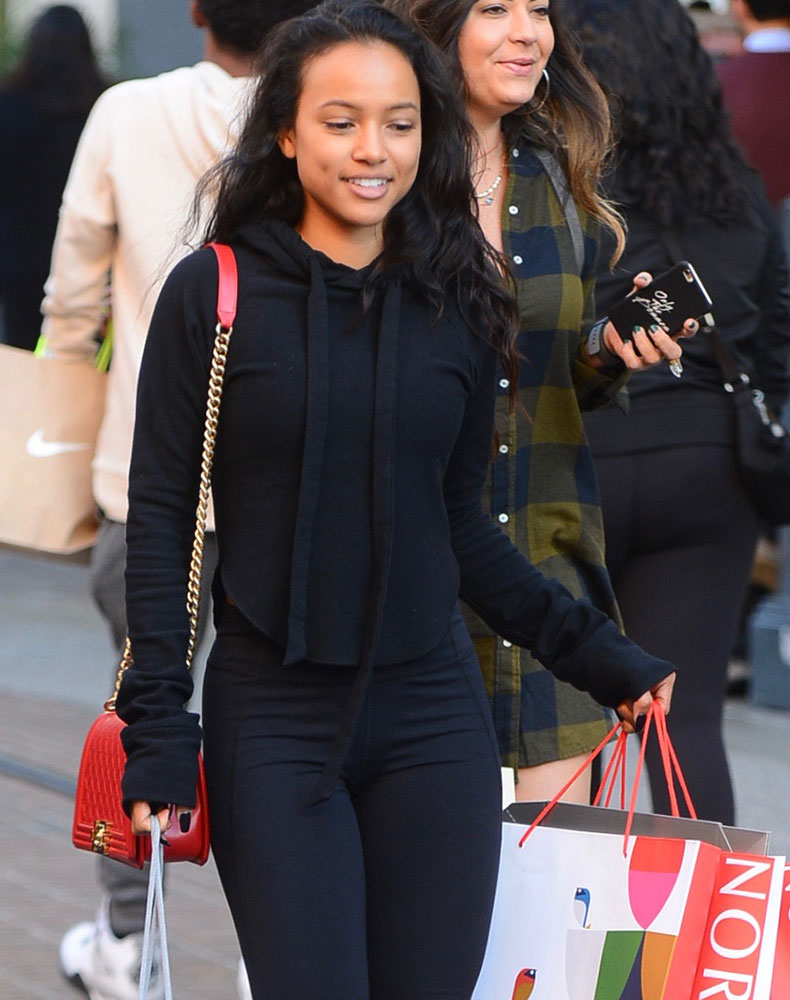 Speaking of sweats, here’s an extremely casual Kourtney Kardashian, taking her son to a class in LA. No multi-branded athletic wear ensemble is complete, of course, without a little black Birkin. 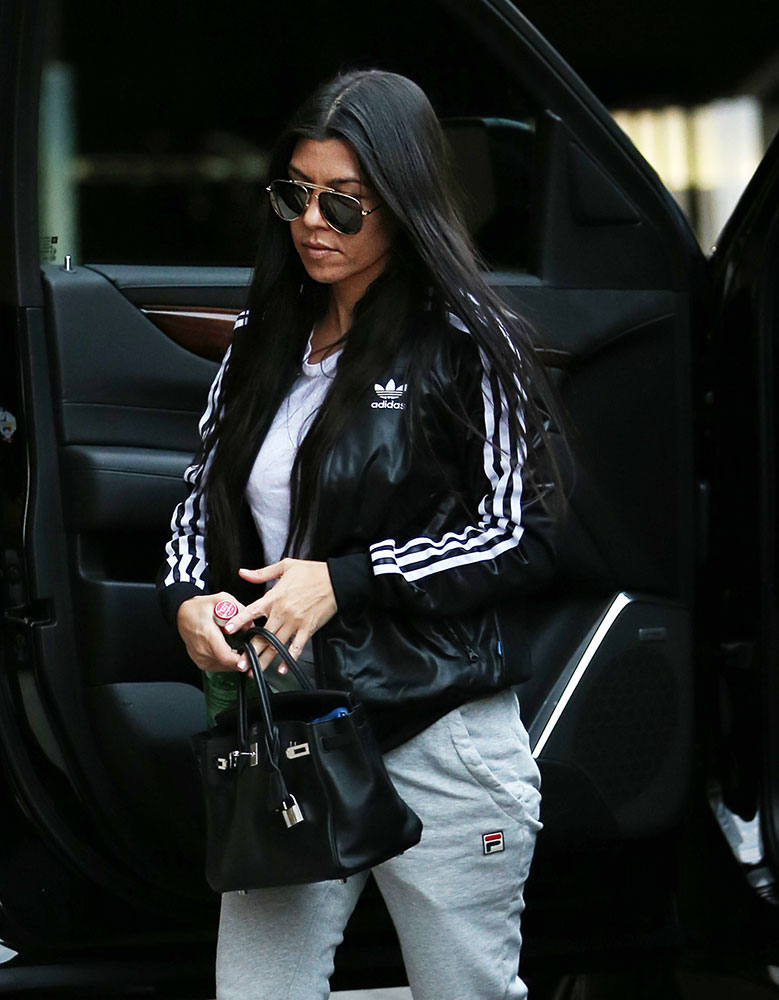 Sometimes the rich and famous step out in sweats, and sometimes they step out in an outfit like this, which clearly communicates that they are your betters–step aside, peasants! Olivia Palermo is seen here carrying an absolutely gorgeous croc bag from Analeena. She’s actually owned this bag since August at least. Finally, here’s Ri-Ri, going to Giorgio Baldi restaurant in Santa Monica with one of her most favorite recent handbag acquisitions, this Louis Vuitton Palm Springs Mini Backpack. Rihanna showed LV a lot of love in 2016. 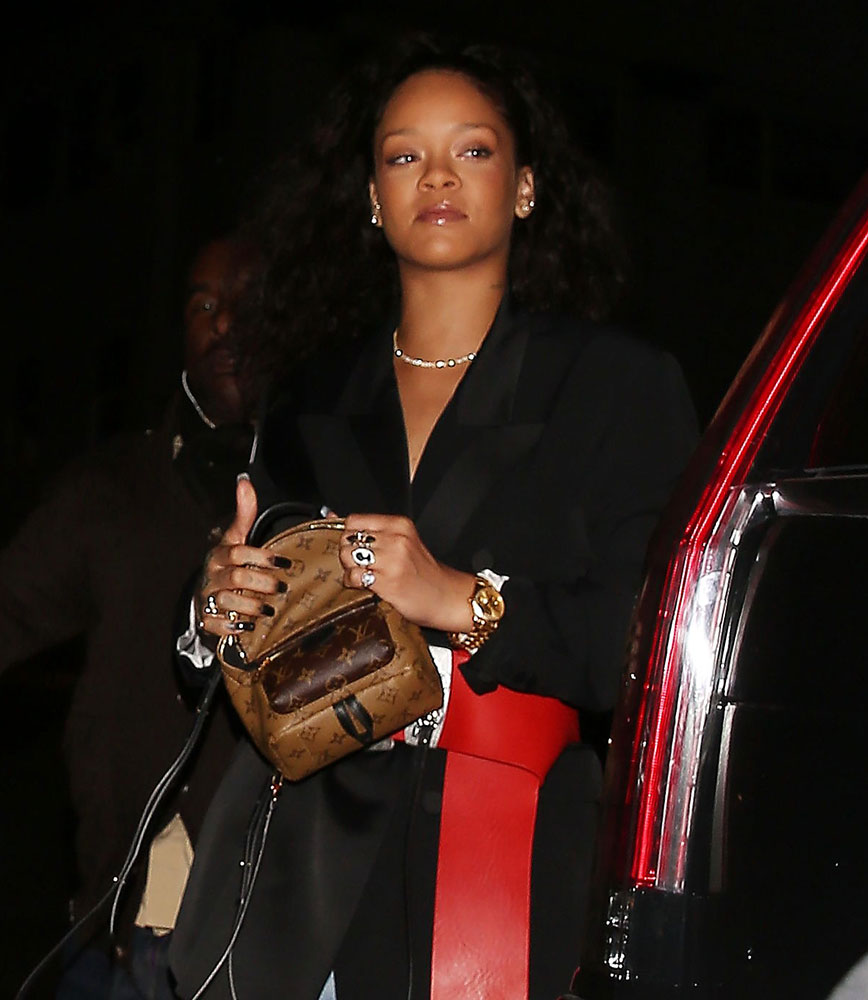 That Analeena bag is TDF