This Week, Celebs Put Us All to Shame with Their LAX Bag Game 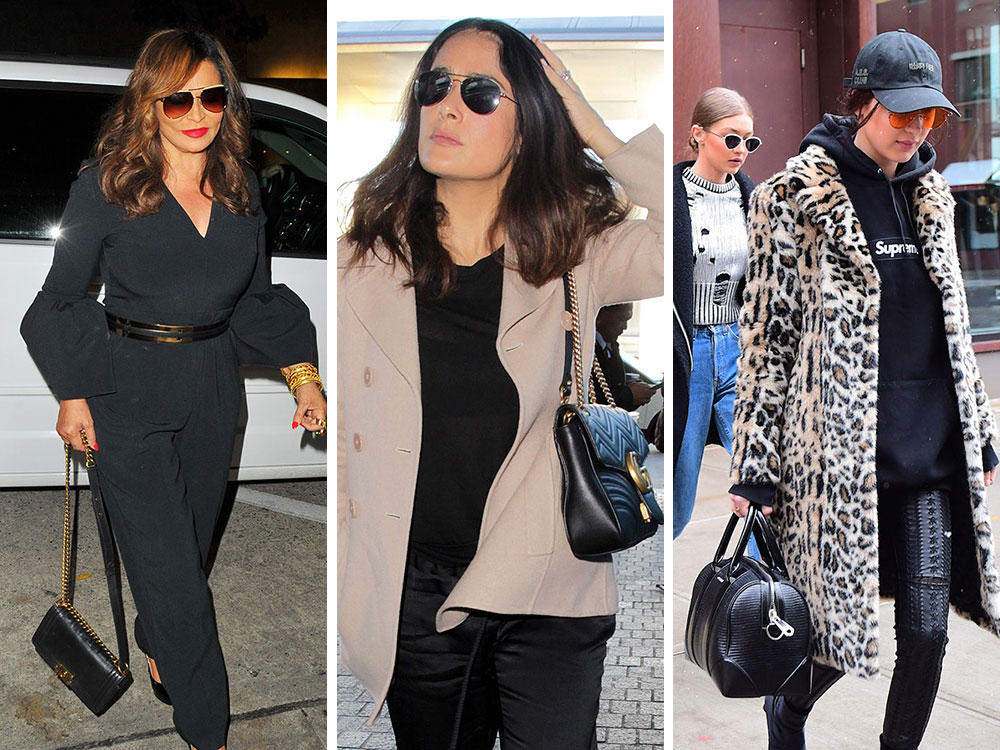 This handbag roundup features a surprising number of celebs over 50, and of course, their handbag selections are superior to mine and maybe also most people’s in almost every way. We still threw in some Hadids and Dakota Johnson for good measure, but seriously, let a grown (celebrity) woman teach you how to carry a designer handbag. Please.

We so rarely get both Hadids in one shot. Paps recently spotted Bella and Gigi leaving Gigi’s NYC apartment together. Bella is carrying an embossed leather Givenchy Lucrezia, and Gigi is carrying her fave Versace Palazzo Empire Mini Bag. 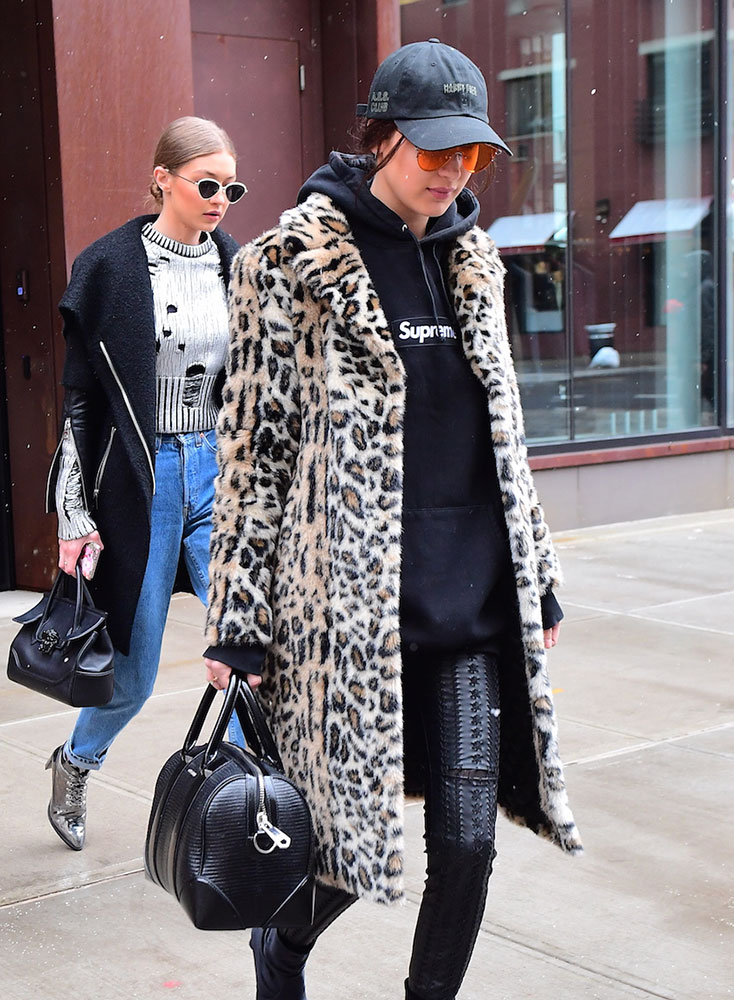 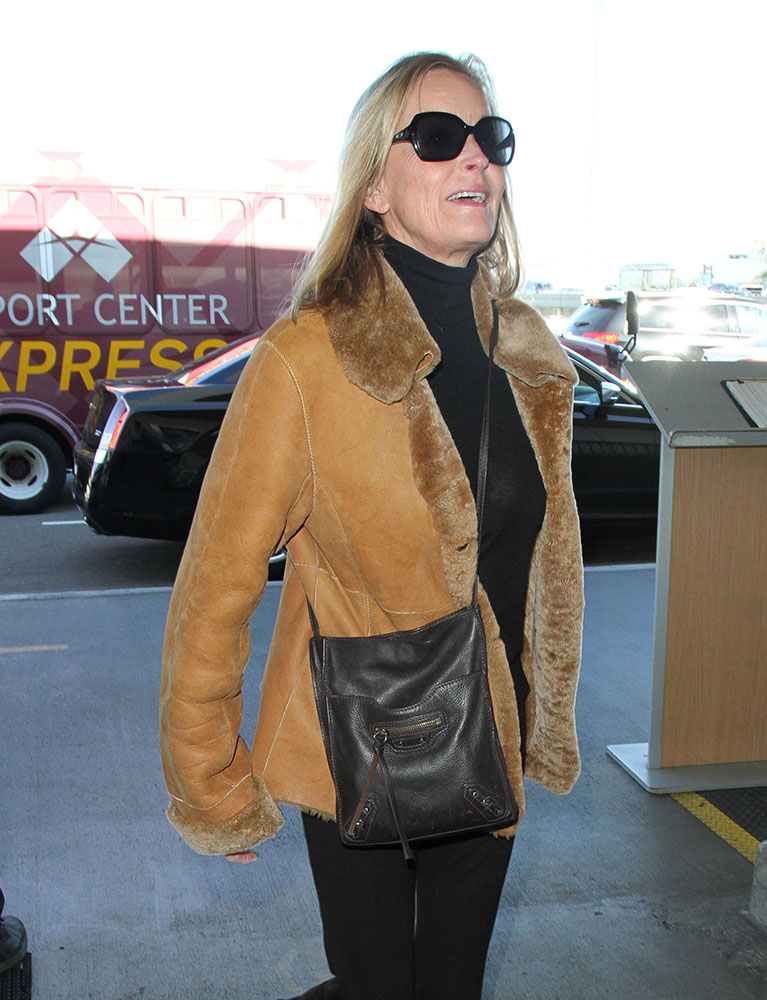 Dakota Johnson continues to carry this Louis Vuitton Noé Bag during her 50 Shades Darker press tour. She looks extra glam here, posing with her Noé outside of the Bowery Hotel. 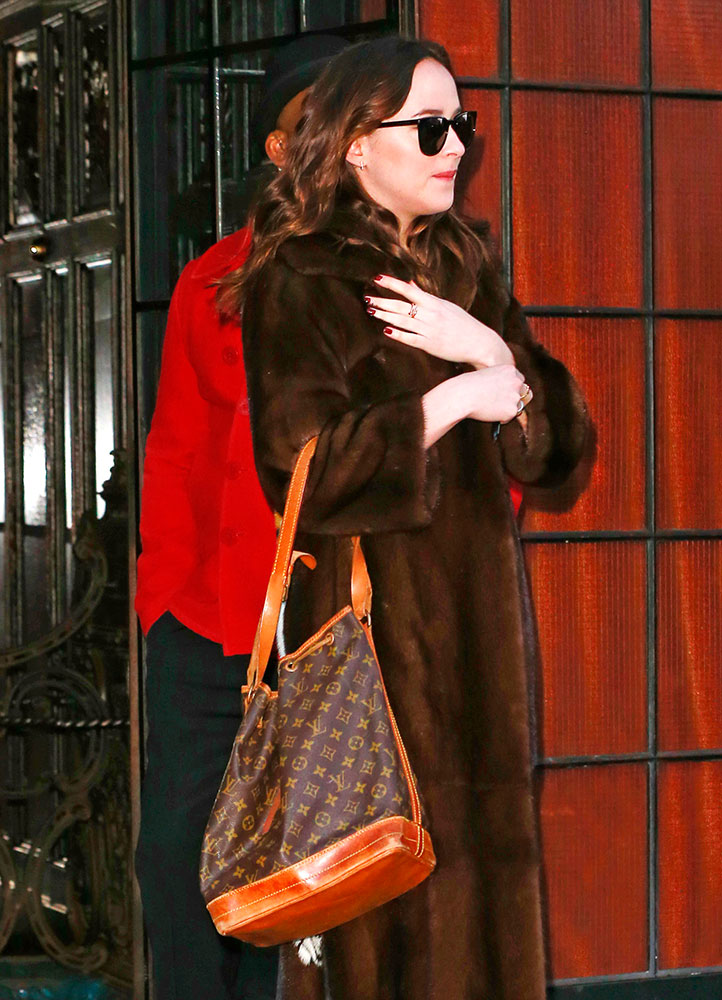 Kristin Davis recently carried this rainbow-colored Anya Hindmarch Ebury Stripe Tote to LAX. Once inside, she happily discussed her views on the day’s travel topics with members of the press. 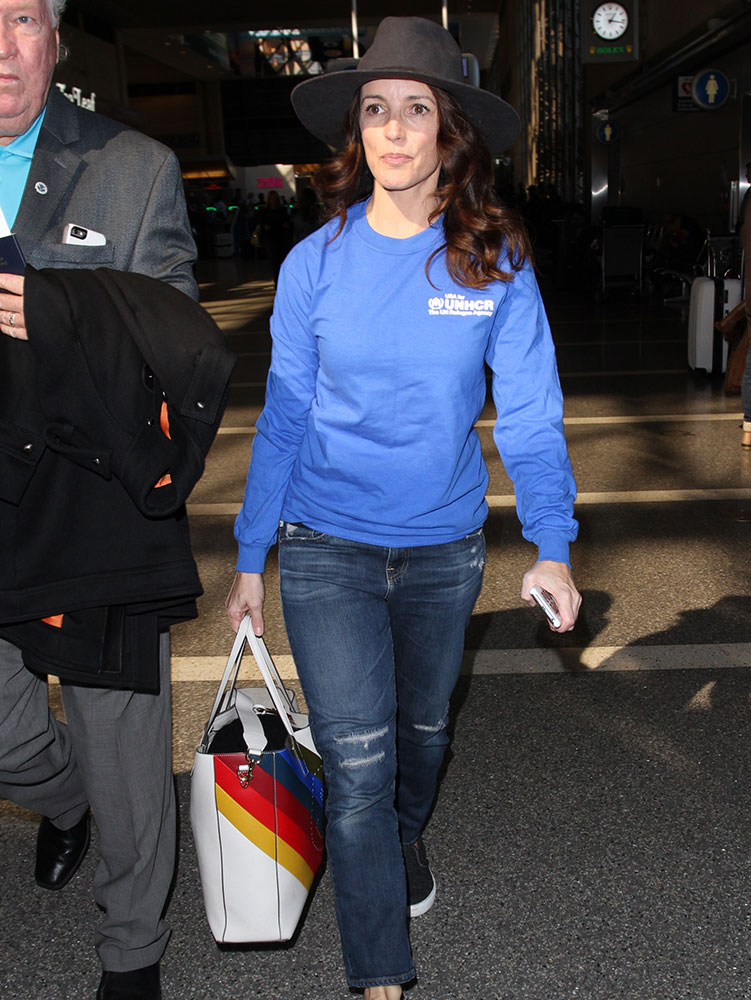 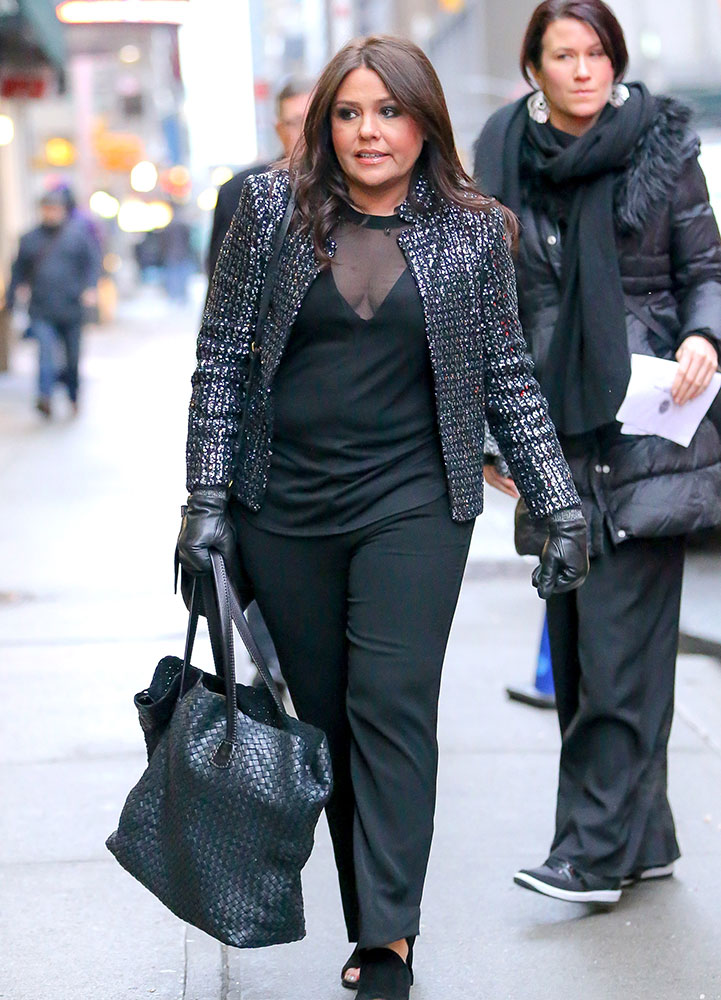 Reese Witherspoon flashed her ultra-luxe The Row Day Luxe Tote at the cameras while out and about in LA. And I may be wrong, but I think she is wearing that cardigan as a top. This may be a thing normals can do now too, but you guys try it first and report back. 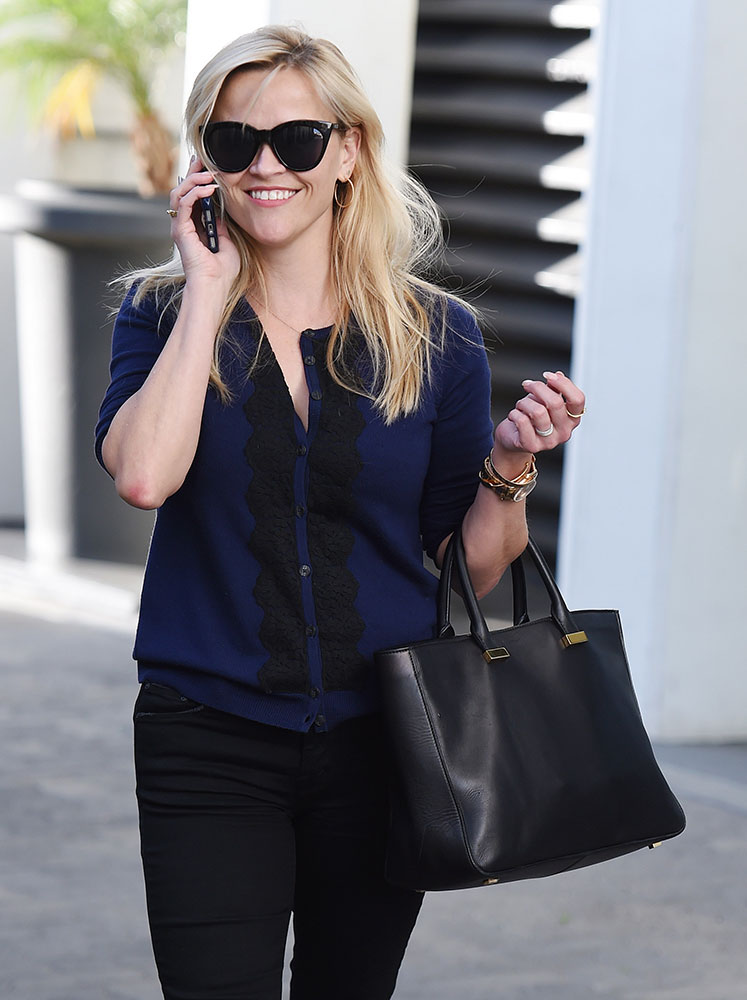 Salma Hayek was not about to slow down for the cameras during this particular jaunt to LAX. She’s carrying a beautiful quilted Gucci Marmont Shoulder Bag. 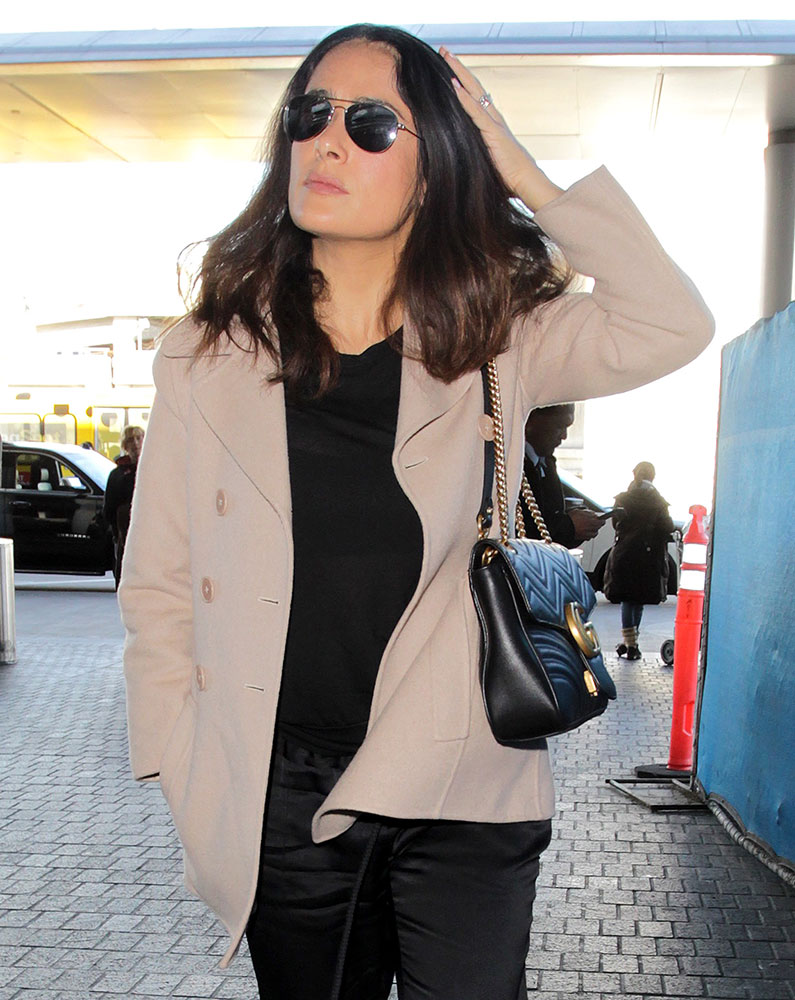 Finally, here’s the Queen Mother, Tina Knowles Lawson, heading into Craig’s in LA for dinner while carrying a black Chanel Boy Bag. As you would expect, it pairs perfectly with her black jumpsuit. 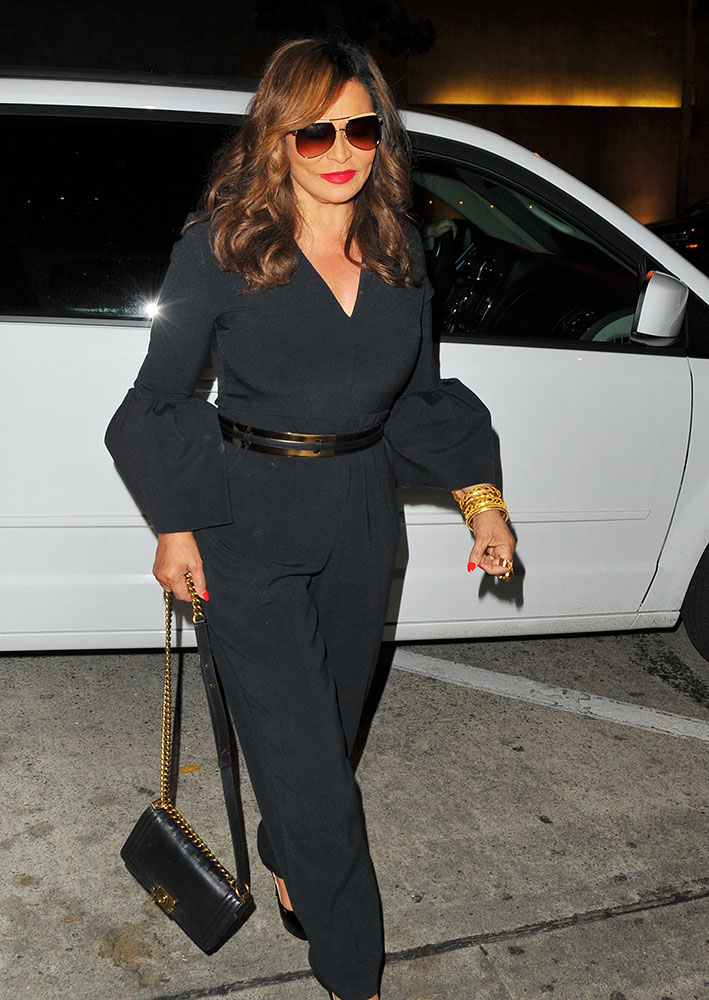 Their LAX luxe bag game is bang on xx

Yes indeed Reese is doing a cardi as top and if I’m not mistaken that cardi is about 2 years old from H&M. I have the same one.

There are many women around 50, celebrity or not, that have impeccable style and an amazing bag game! LOL!! Love the Gucci Marmont!

This is kind of a nit pick, but it seems condescending to use the phrase “puts us all to shame” when comparing the collections and massive budgets of celebrities to the every day PurseBlog reader. There are people here of all different means. We may look at a celebrity’s handbag collection with interest, but there is no reason for us to be comparing ourselves to them.

Also, how many of the bags celebs carry are “gifted” by the various brands?

Wearing a cardigan as a top is not new. I’ve been doing that forever.
I love how used Dakota’s bag looks. I would love to have the Anya Hindmarch’s tote. Gorgeous.

Generally not a fan of LV logo bags (they’re just so ubiquitous), but in my eyes, Dakota Johnson can do no wrong.