Celebrities Barely Have Time For Your Shenanigans Right Now, Please Stop Gawking at Their Gorgeous Bags 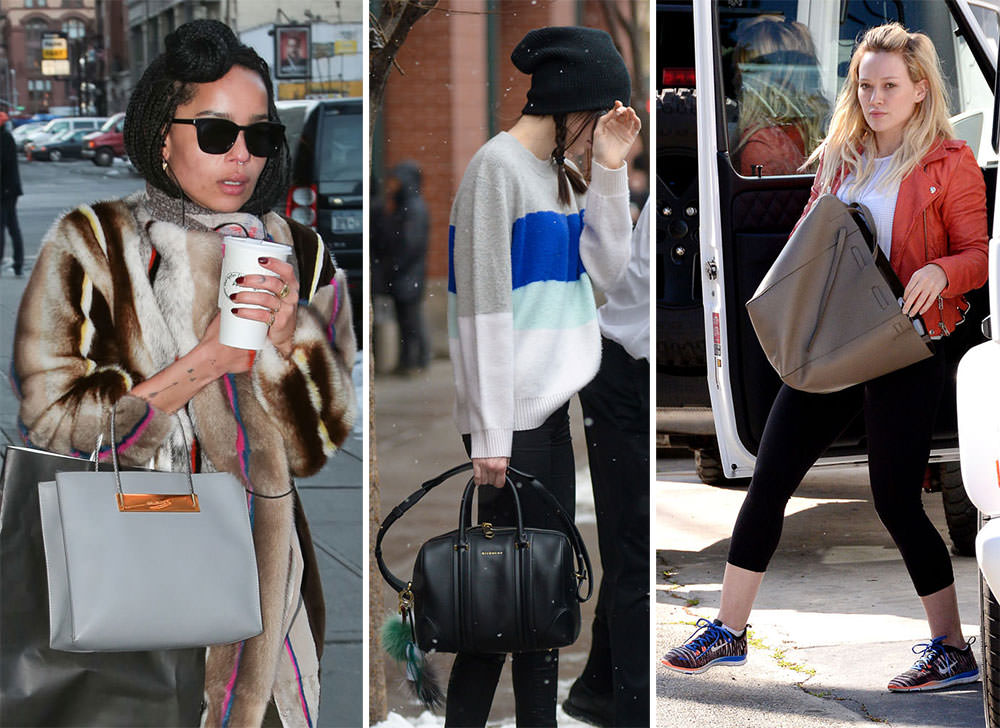 Celebrities were a little standoffish with paps this week, even the ones whose continued relevancy rests in the hands of the paparazzi almost entirely. But hey, the sun is finally peeking out in NYC, and Paris Fashion Week is still going on in Paris, so I don't begrudge them if they feel they have better things to do than vogue for enthusiastic street photogs the world over. The good news, as always, is that even though some celebs were surly, their bag choices were uniformly solid. Givenchy and Hermès were particular favorites this week.

Here's Ariana Grande, posing with her dainty Chanel Camera Bag and a fan outside her Chicago hotel. It's highly unusual to find what is essentially a fan selfie floating around the archives of our photo service, but the angle of Ariana's bag was too good, so we couldn't pass it up. 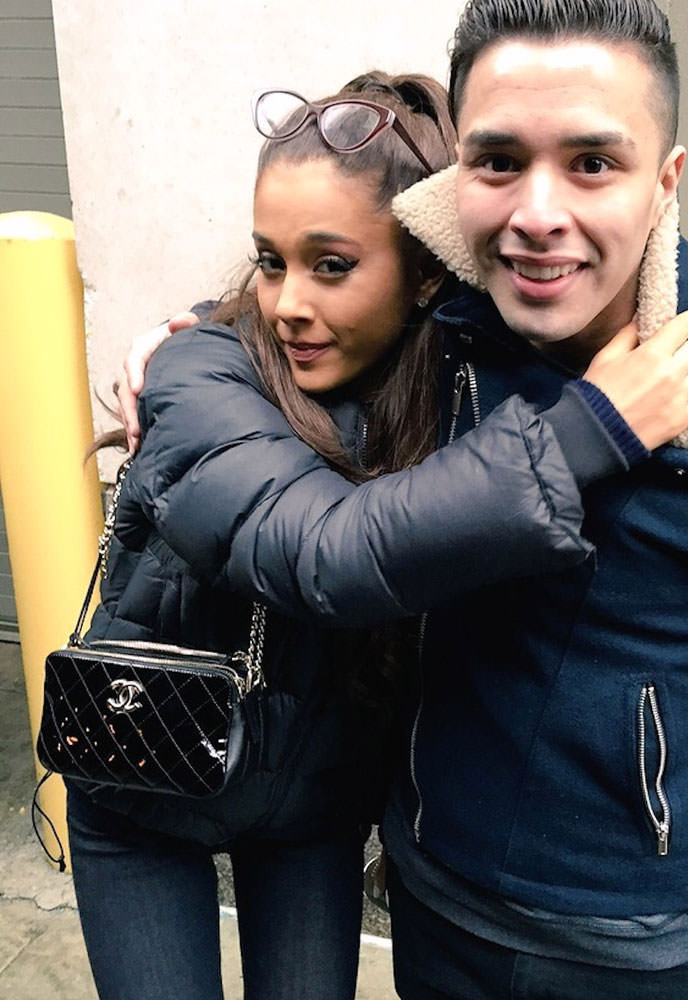 Here's model Charlotte McKinney, heading into Dancing with the Stars rehearsals in LA with a beautiful floral Givenchy tote. Apparently Charlotte McKinney qualifies as a star, even though you probably only recognize her from an ad for Carl's Jr. What's even more surprising: Charlotte McKinney is NOT Kate Upton. You can see how I might get the two confused, though. 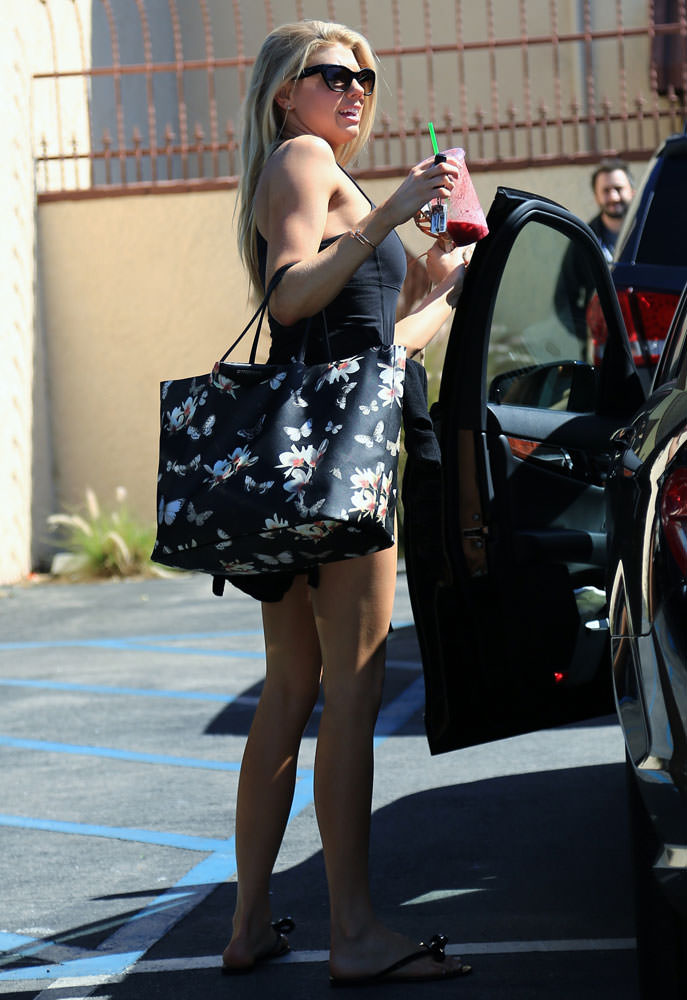 Here's Hilary, throwing a little shade to the paps as she heads to her gym in West Hollywood with a Céline tote we definitely haven't seen in a while. Hilary is usually exceptionally pap-friendly, but she's had a rough week or two, so maybe give her some space, ok? 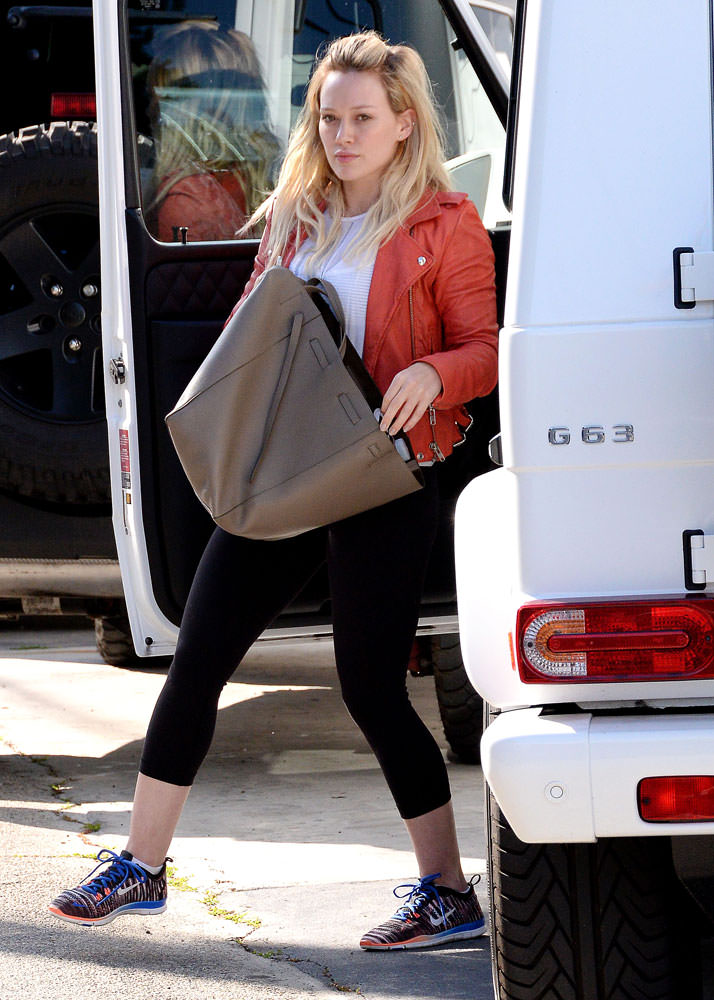 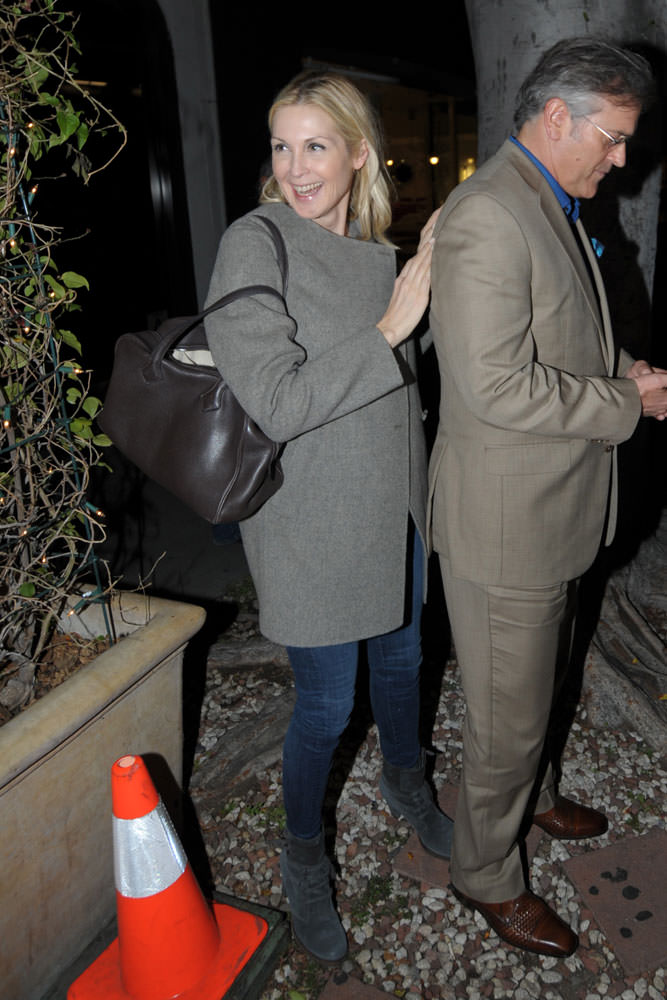 Kendall Jenner has no time for this paparazzo. She's about to hop into a waiting SUV in NYC and do some supermodel stuff. Or maybe she'll just head to her hotel and watch Netflix, you never know. Kendall, might I recommend The Unbreakable Kimmy Schmidt? 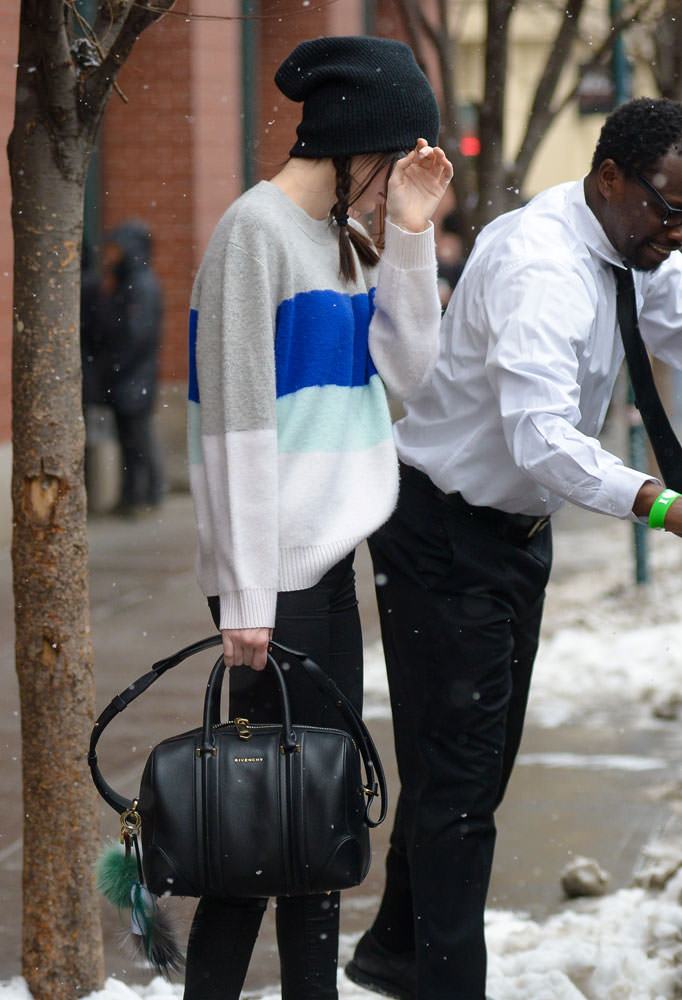 An ocean away, Kendall's mom Kris Jenner is apparently in Paris, possibly solo? Possibly flaunting one of the most valuable Hermès bags she owns? As you might suspect, Paris Fashion Week is not over just yet. 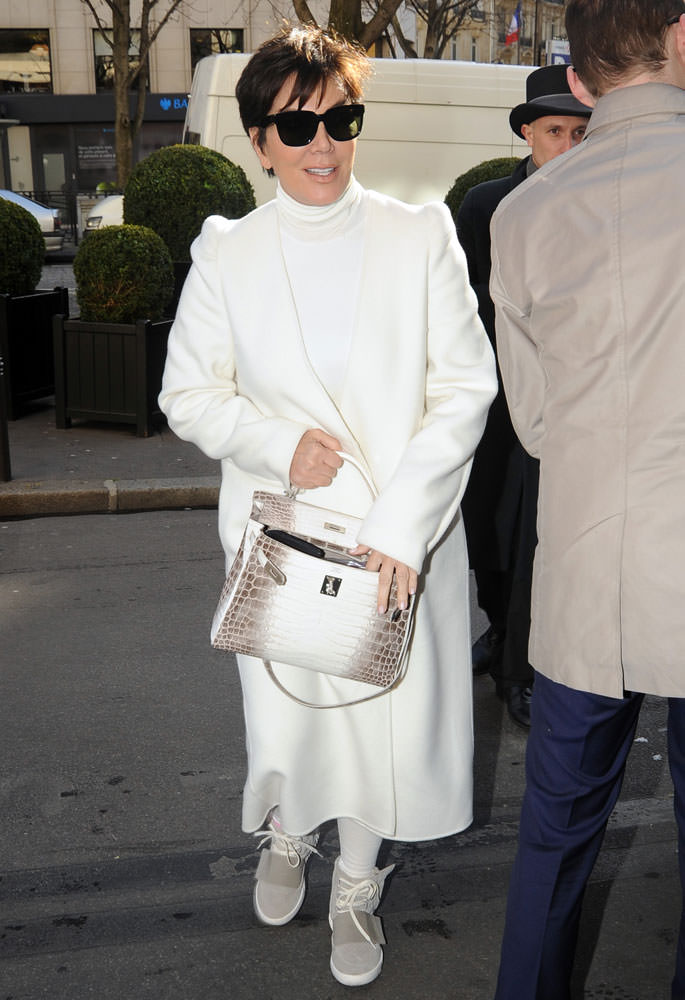 Robin may be excited to see you, or she may be delivering an old school "talk to the hand" gesture, I'm not entirely sure. We're not entirely sure what her bag is either; perhaps you can help us ID? 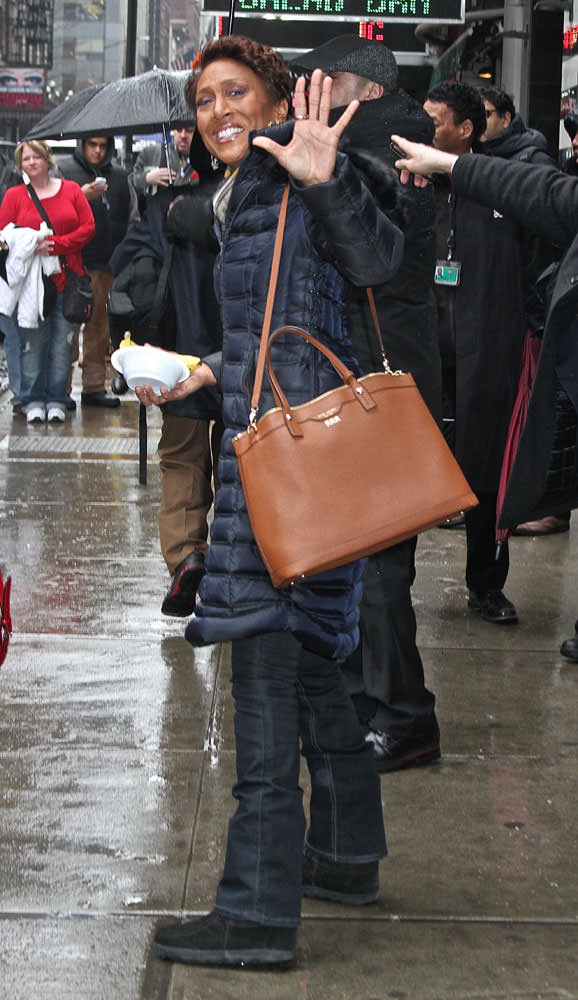 Here's Zoe Kravitz, septum ring and all, battling last week's cold in NYC. Zoe is doing a little shopping with a chic, grey Balenciaga Wire Tote, which really looks suspiciously like a shopping bag, doesn't it? 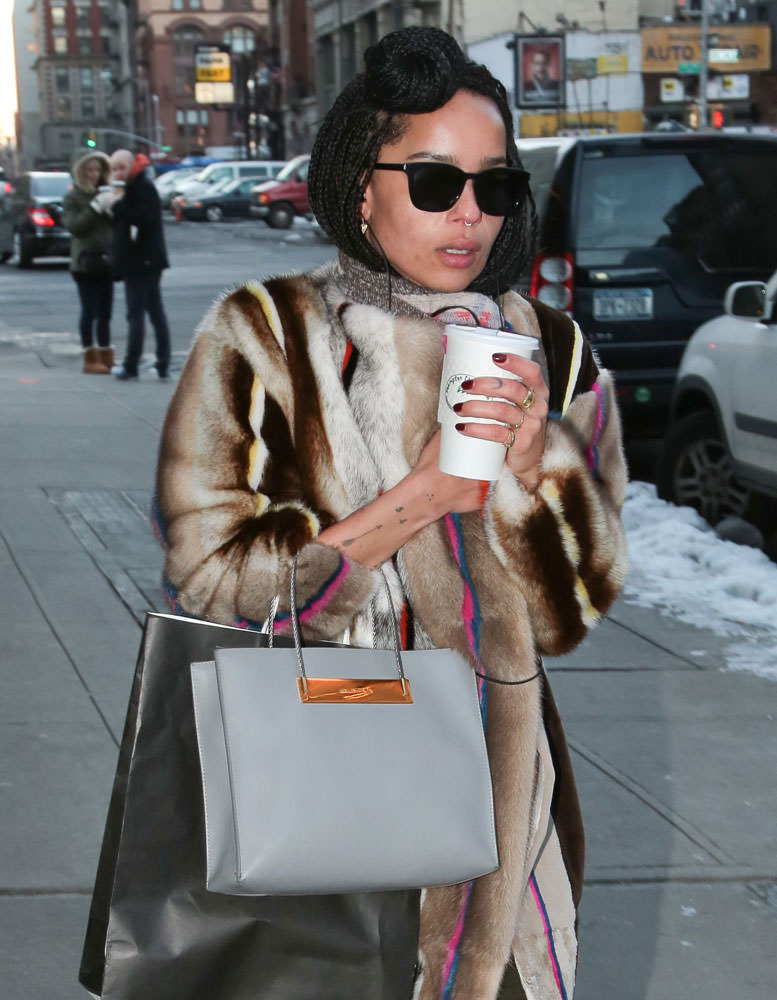 I think Robin Roberts’s bag is a Henri Bendel

Kris Jenners outfit is ruined by her shoes
#sorrynotsorry

Bruce Campbell never goes out of style! Although if that’s really him, he lost some weight. If so, good for him!

One year ago,after leaving my work-desk job , i’ve been blessed to get introduced to this superb job offer which saved me… They offer online home-based jobs. My last payment after working for them for four months was 10000 dollars… Best thing about this job is that the only thing required is basic typing skills and internet connection…

I normally don’t mind the fuss over Kendall Jenner, but let’s just be clear, she is NOT a supermodel.

Robin has on the Henri Bendel 5th Ave satchel with her monograms on it.

I have the same bag in dark green.

why is Kris’ style soo badd………

I started working online, completing various simple jobs that only requires from you desktop or laptop and internet connection… After 5 months on this job and i earned so far total of $86k… Basicly i profit about $80 hourly and work for 3 – 4 hours daily. Best thing about this job is that you can make your own schedule and work in your own hours. ,,,,

Kris is so lost. Fashion victim.

Anybody knows the sweater which kendall was wearing?