The Balenciaga Hourglass is Here to Stay

Are you surprised it’s stood the test of time?
23 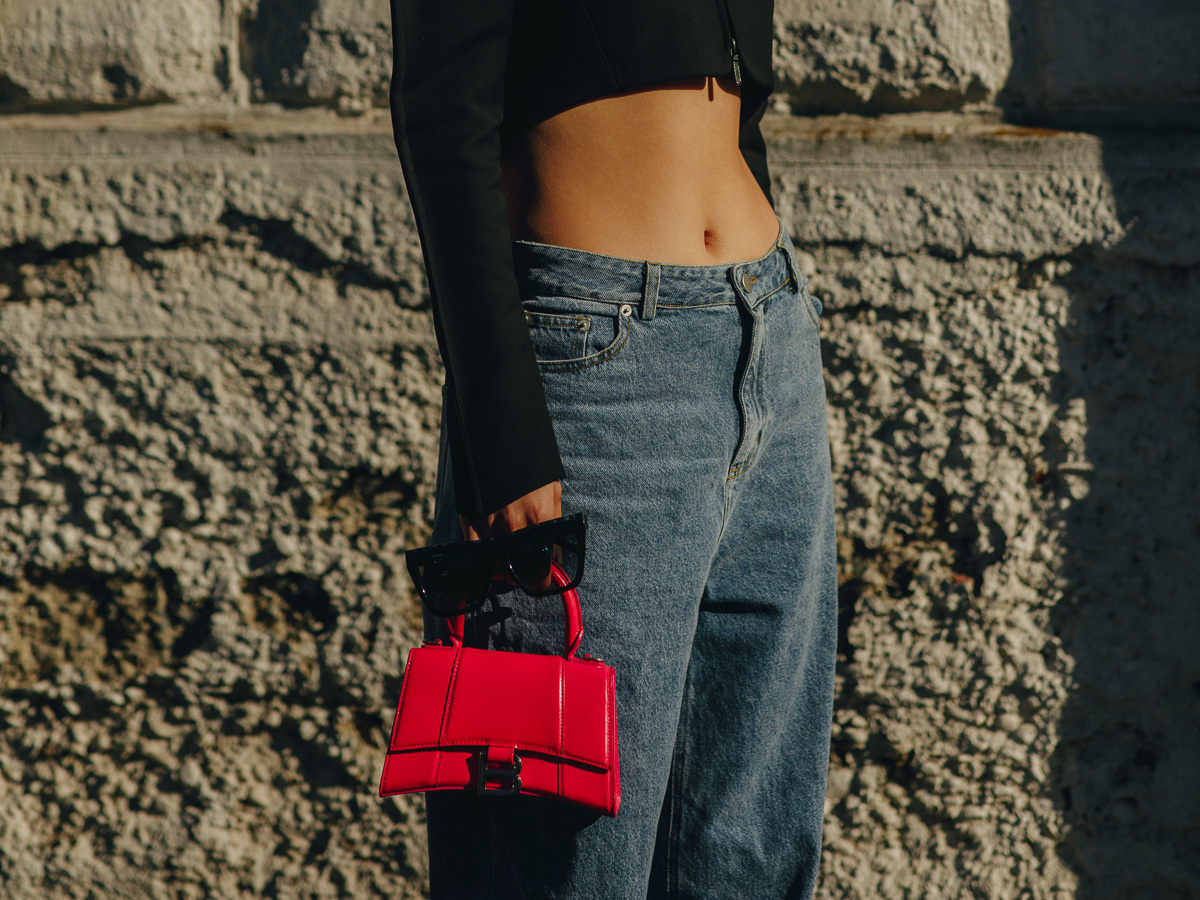 Back in 2019, Balenciaga released a sleek new bag that arguably shifted the brand’s direction as a whole, paving the way for the Balenciaga that we know today. The days of creative director Demna Gvasalia’s outlandish designs and in-your-face logo bags are gone. They’ve been replaced by House staples that are an ode to the brand’s rich history, like the Neo Classic and the Le Cagole, which pay homage to Balenciaga’s beloved moto bags. Then, there’s the one that shifted it all: the Hourglass Bag.

A new essential for the House, the Hourglass bag, which gets its name from the unique curved shape of the bag, also has historical roots. Its origins come from founder Cristóbal Balenciaga’s roots in tailoring. The bag’s curves mirror the lines of the architectural garments from the ’50s, which are firmly rooted in Balenciaga’s DNA even still today.

When the Hourglass bag was first released, I mused on whether or not it had the power to stick around, ultimately believing that the bag, which strikes the perfect balance of modern and classic, had the potential to be more than a one-season wonder. The first versions of the bag sold out at retailers across the globe, which was a pretty good indicator that the bag wasn’t going anywhere anytime soon.

Nearly 3 years later, the Hourglass remains an integral part of the Balenciaga brand, and it’s here to stay. The Hourglass has been reimagined season after season by Gvasalia and his team, even appearing hacked on the Gucci runway, which was an unprecedented move further cementing the Hourglass’s place in modern handbag history. The Hourglass has also made many celebrity fans along the way, giving it all the makings of an It-Bag.

Are you surprised the Hourglass bag has stuck around? 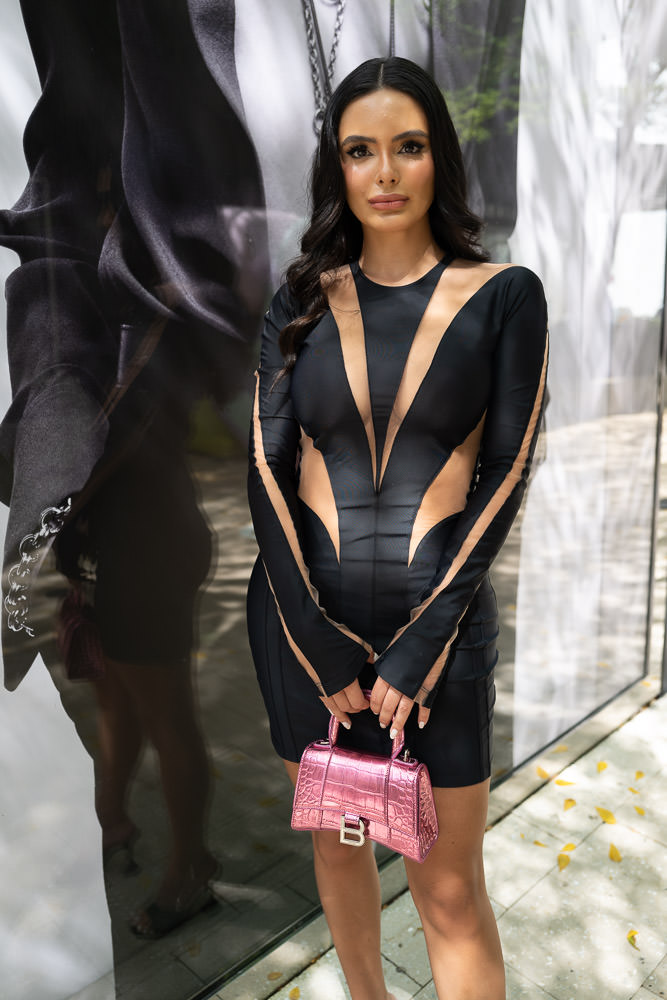 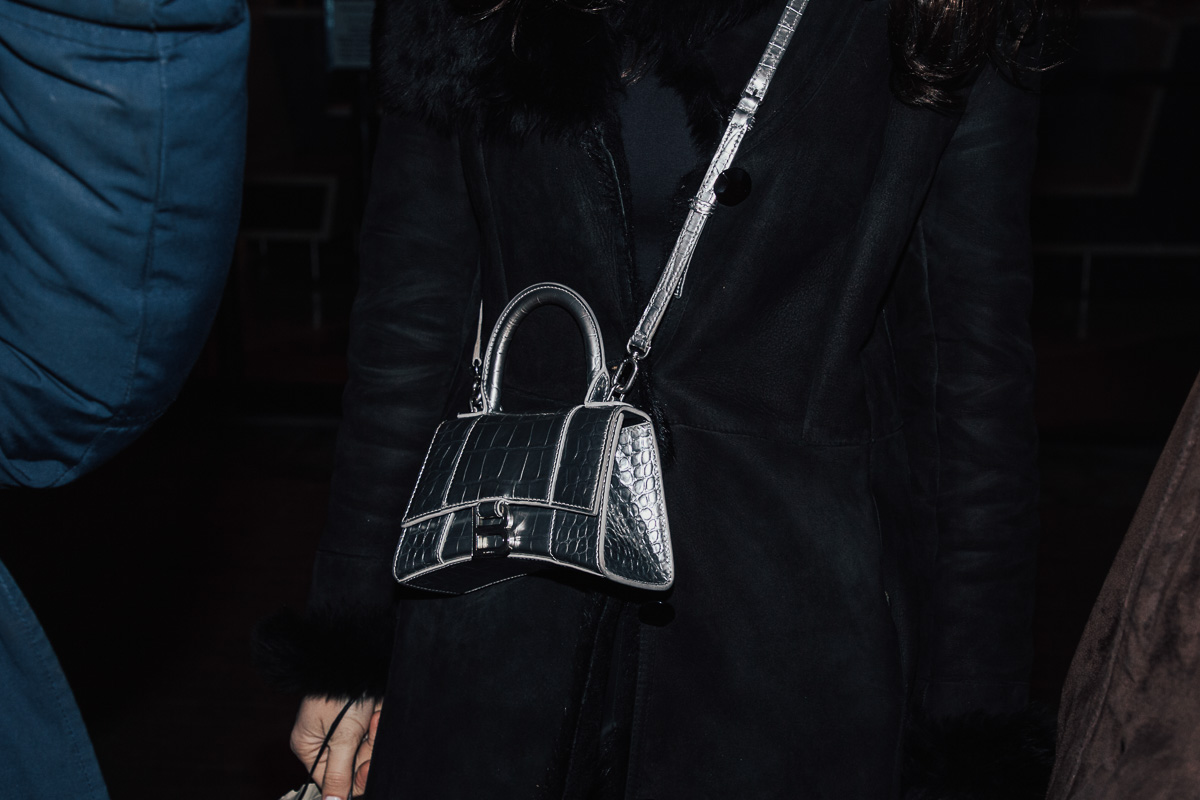 no offense to anyone, but I literally don’t care if has staying power or timeless or whatever. I have 3 in different sizes and colors and I love them. super versatile and the structured lines makes it fitting in more formal environments too.

Just wish they make versions in real croc and python instead of emboss/prints.

How are the edges holding up from being set down? I love the shape but since the design keeps it from having protective feet, I’m curious about that.

sorry i dont like this. Too stiff for my taste. I prefer the chanel coco handle over this. My favorite the iridescent color but i do agree the hourglass is like a youthful version of the kelly.

What an ensemble for broad daylight.

I enjoy the Hourglass bag. I think it’s a fun, more youthful version of the Kelly (I know, I know: two totally different bags), and I can see it lasting. The one thing that gives me pause on its ultimate longevity is the ‘B’ logo on front, but even that will be tolerable for Balenciaga loyalists (and those with B initials).

Your comment made me snort-laugh—a IS quite an outfit!! 🫣😆😆

I bought this bag (small blacked-out croc embossed) in August 2019 when it was very first released and literally NOBODY had even heard of It. Then the pandemic hit and for like two yrs still nobody seemed to care about that bag until kim k got payed to wear it for like 8 months straight… and now it’s oversaturated and every tom, dick and harry has one. I sold mine after maybe only 6 months of having it because it was soo boring and ladylike for my taste. The B logo made the whole bag look cheap and almost like a Zara vibe if that makes sense. It’s so basic now tbh. Now if we wanna talk about a real amazing Balenciaga bag that is trendy YET will stand the test of time, it’s the new Neo Cagole bag. As someone who’s been wearing Balenciaga before any of the gen Z’ers were even born (and owned like 10+ city bags), It’s literally the OG giant 12 city bag but better! It’s got that perfect smooshy unstructured shape again, and they made the strap even more convenient and cooler aesthetically. If you wanna look like your 50 then buy the hourglass by all means, but if you wanna stay true to Balenciaga’s cool-girl edgy roots then please do yourself a favor and pick up the Neo Cagole.

I think it’s fitting to read your comment in the voice of Anna Delvey. You’re an odd one.

So I’m 60–does that mean I CAN’T buy the Neo Cagole?? It’s in my Bergdorf’s cart as I’m typing this! 🤨 That smooshy black lambskin is calling my name!!

pinsky777, you seem to be saying there’s something bad about being 50. If you’re very lucky, someday you’ll be 50. We can only hope by then you’ll have realized how wrong and inappropriate your ageism is.

So when you purchased your Hourglass bag you wanted to look like you are fifty? Some of your statements are a bit ridiculous. Any age person can carry any bag, it is all in how you style it.

Exactly, it’s ridiculous. “If a person wants to look 50, wear the hourglass”, but if a person wants to “stay true to “B.’s” cool-girl edgy roots then buy the N.C.” Why try and be anything other than yourself? Wear what you love regardless of some image or persona that allegedly the brand portrays.

What’s wrong with being 50 and fabulous??? You’ll get there too 😉

I bought the Balenciaga Hourglass Bag in 2020 size medium red, smooth leather. I will be 60 soon and I absolutely love my bag. I receive plenty of compliments on it too. And it’s a sturdy bag that won’t lose its shape. It will be a collector’s bag.

Oh the red color is sublime!! 😍

I really like the Hourglass bag, I almost purchased one two days ago. I went with the Neo Classic bag but stood there for an hour trying to decide. I guess I will have to go back for the Hourglass!

Oooo both such good bags and such a hard choice!

I waited for the hype to die down before I decided if I wanted the hourglass and after 2 price increases, I absolutely love it. As a classic bag collector, it adds what was missing to my collection. As someone previously stated, I honestly don’t care what’s in and out. The days of of the IT bag are long gone…It’s all in how it’s styled and carried.

I completely agree! I’ve got a handful on my list (of course!) but the Hourglass is definitely top 3. I loved it then, still love it now. Which color/size do you have?

I purchased the black on black croc embossed version and love it.

Not my taste at all. I’m not keen top handle bags, especially when I can’t remove them to make the bag cross body.

It’s funny because I fell in love with this bag when it first came out. I remember everyone said it was hideous and made fun of me. Then of course Kylie Jenner was seen with it and boom everyone liked it. Same with my nano Prada Re-edition. Mocked about it then she was seen giving her kid them and then everyone wanted it. It’s funny how a lot of people jump on a bandwagon and can’t think for themselves lol

I myself am not Balenciaga fan, but still I find the red and pink ones really cool, cute, elegant and lasty. I would definitívne buy them and they are on my list now