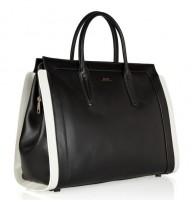 At first glance, I didn’t even see the little white wings on the Bally Rachele Two-Tone Leather Tote – against a white background, they all but disappear into the scenery. Turned sideways, though, their effect is unmissable and perhaps a little awkward. Does anyone but me feel like this bag is wearing a nun’s habit?

That’s probably just me, but the white wings coming off the sides of this bag have me confused. I love a crisp, neutral bag with contrasting trim, as we all know, but the implementation of the trim in this particular design makes me want to grab on and give it a tug. Or maybe try and push it back into the bag, like it’s stuffing that has come undone. Either way, it looks like all the white stuff is sticking out where it’s not quite supposed to be. 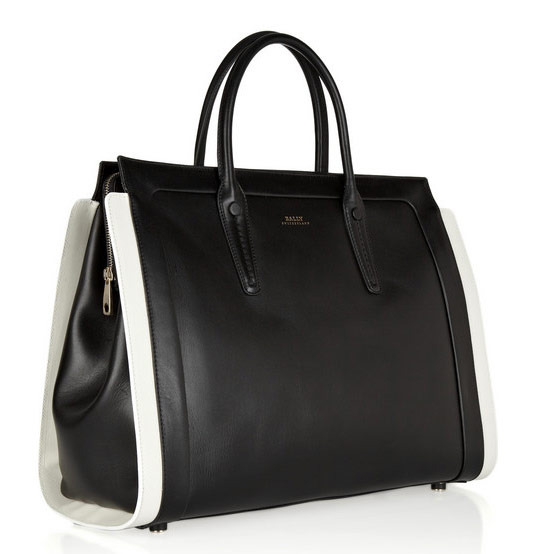 I’m a bit disappointed, because I quite liked the simplicity of this bag until I saw the trim. A work-appropriate neutral tote is something that most women will find a need for at some point in their lives, and this one is sharp enough for even the most male-dominated office environment. Without the white stuff tacked on, that is. And really, “tacked on” is the only way to describe it. The trim isn’t part of the bag’s structure at all, it merely sits around the outside, just waiting to get crushed on a too-crowded subway car or during an awkward fall off of a chair at a restaurant. With some pruning, this could be a wonderful design. As it is, I’ll pass. Buy through Net-a-Porter for $1395.