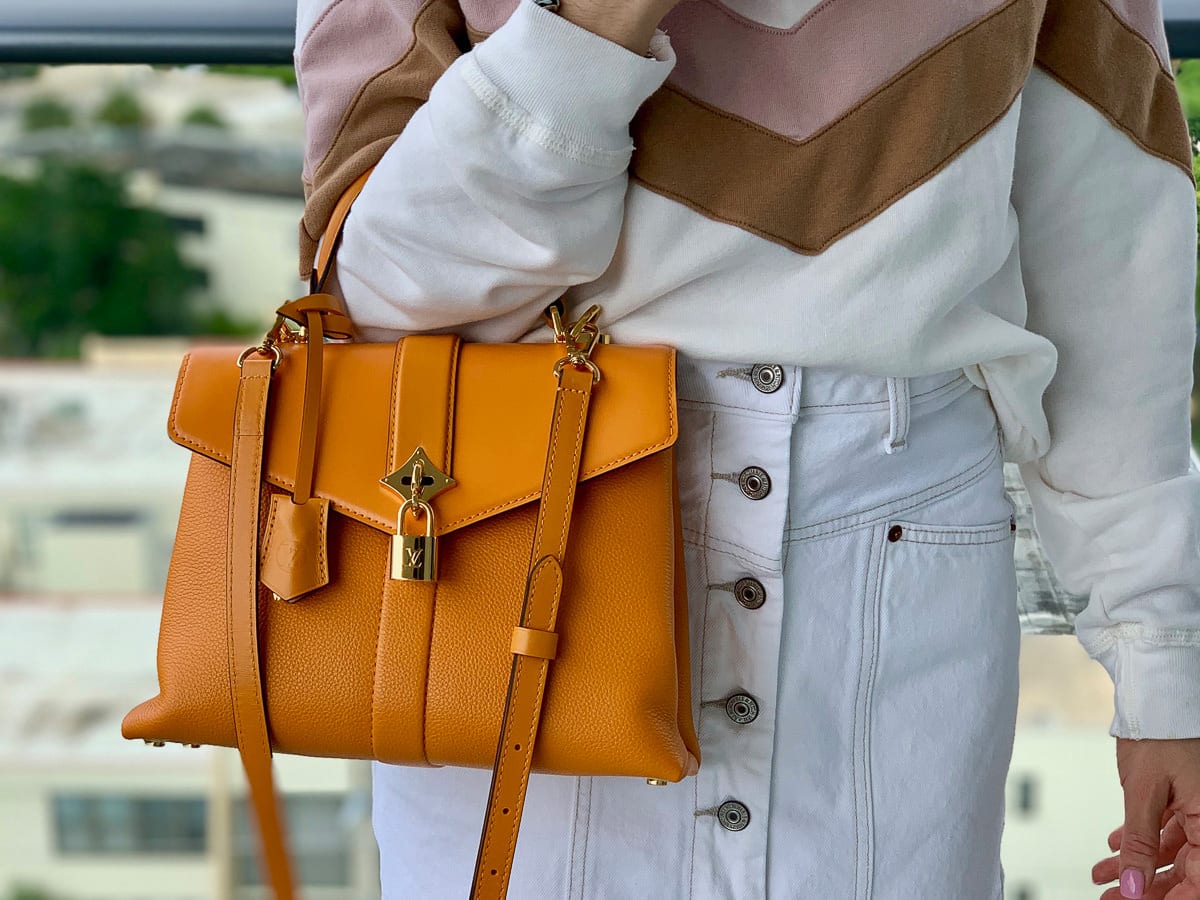 Some of you may remember when I wrote about my purchase of the Louis Vuitton Rose Des Vents in early spring. Suffice to say, my post was met with quite a bit of discussion.

Here's a quick refresher: The SA I purchased the bag from in Paris claimed this specific Rose Des Vents (pictured above) was "limited edition" and "one of only 47 ever made." Four months later, I now realize the SA was far from truthful. In fact, the tactics he used were shady at best, which is something many commenters noted when the story went live. Though some thought I was naive or shortsighted to believe him, it's important to understand that his convincing wasn't why I decided to impulse purchase the bag. It was a sentimental experience I wanted to share with my mother. (More on that later.)

That's why I'm giving a transparent review of a bag I knew little about before my purchase. I learned quite a few things from this lovely orange lady, and I hope you can take away something from it, too. 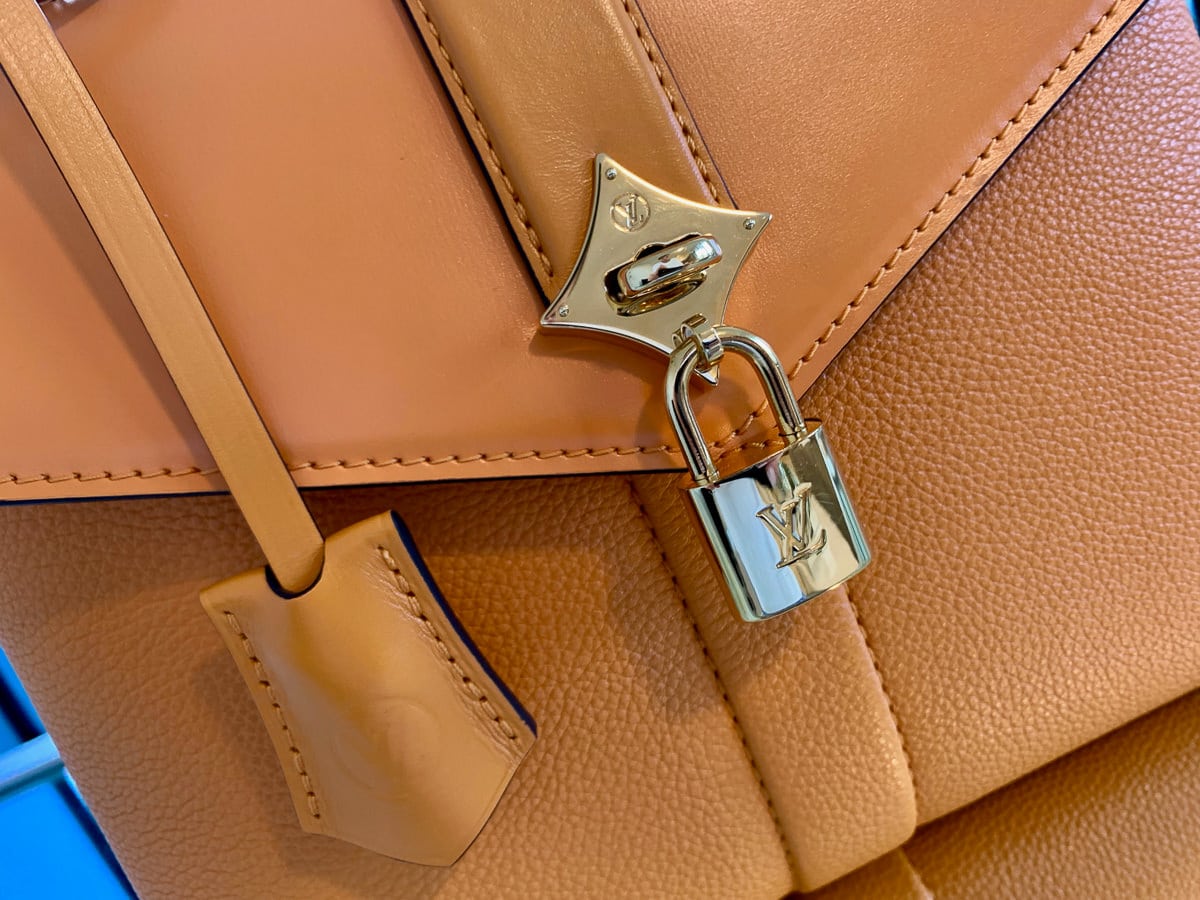 Before my first interaction with the Rose Des Vents, I had never seen a Louis Vuitton like this before. At first glance, it's sleek, structured, practical (various interior dividers and pockets), and is noticeably void of a large LV logo.

Though some have said it bears striking resemblance to the Celine 16 or the Hermès Kelly, dig a little deeper and you'll notice the Rose Des Vents isn't quite like either.

The leather appears tough and structured to the eye, but features a soft and easy-to-maneuver texture. With a top handle and crossbody strap, it can be worn in a multitude of ways, adding to its functionality. I appreciate that it isn't overly branded in LV, and instead appears as a somewhat anonymous handbag.

Available in a handful of colors (black, creme, kaki, and amaretto), the orange hue pictured above (which LV labels amaretto) is the most fun, in my opinion, and gives the bag an edge. Admittedly, I was nervous to buy a piece in such a bright color. (This is actually my first!)

But over the last few months, I've realized a pop of color (especially for someone with a mostly neutral wardrobe) is an easy way of elevating an outfit. I find the creme version absolutely stunning as well, despite its potential for color transfer. I'd steer clear of the black and kaki, as there are other bags that look very similar.

All in all, the juxtaposition of the grained calf leather together with smooth calf leather allows it to seamlessly transition from day to night. The gold-tone LV padlock and a calf leather key bell make it a practical and sophisticated bag, both for special occasions or everyday use. 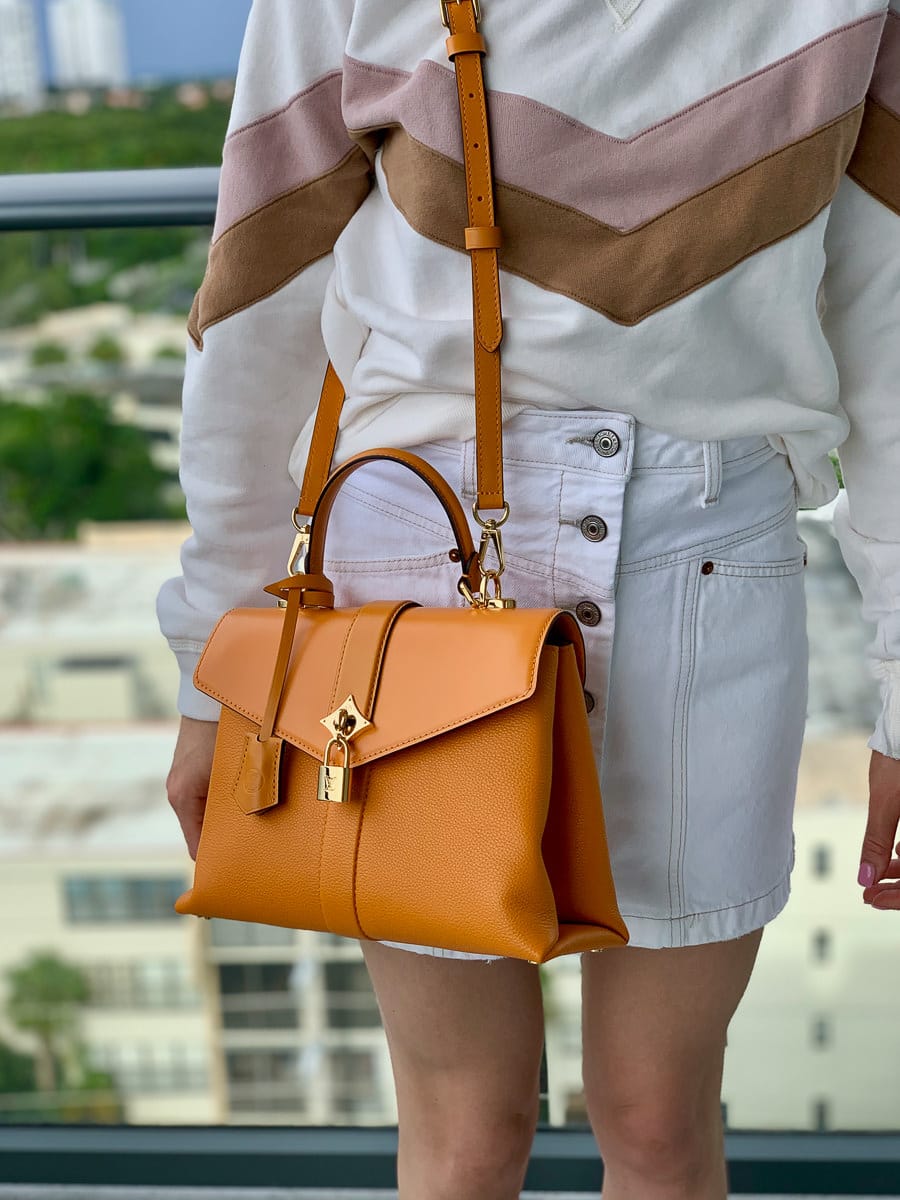 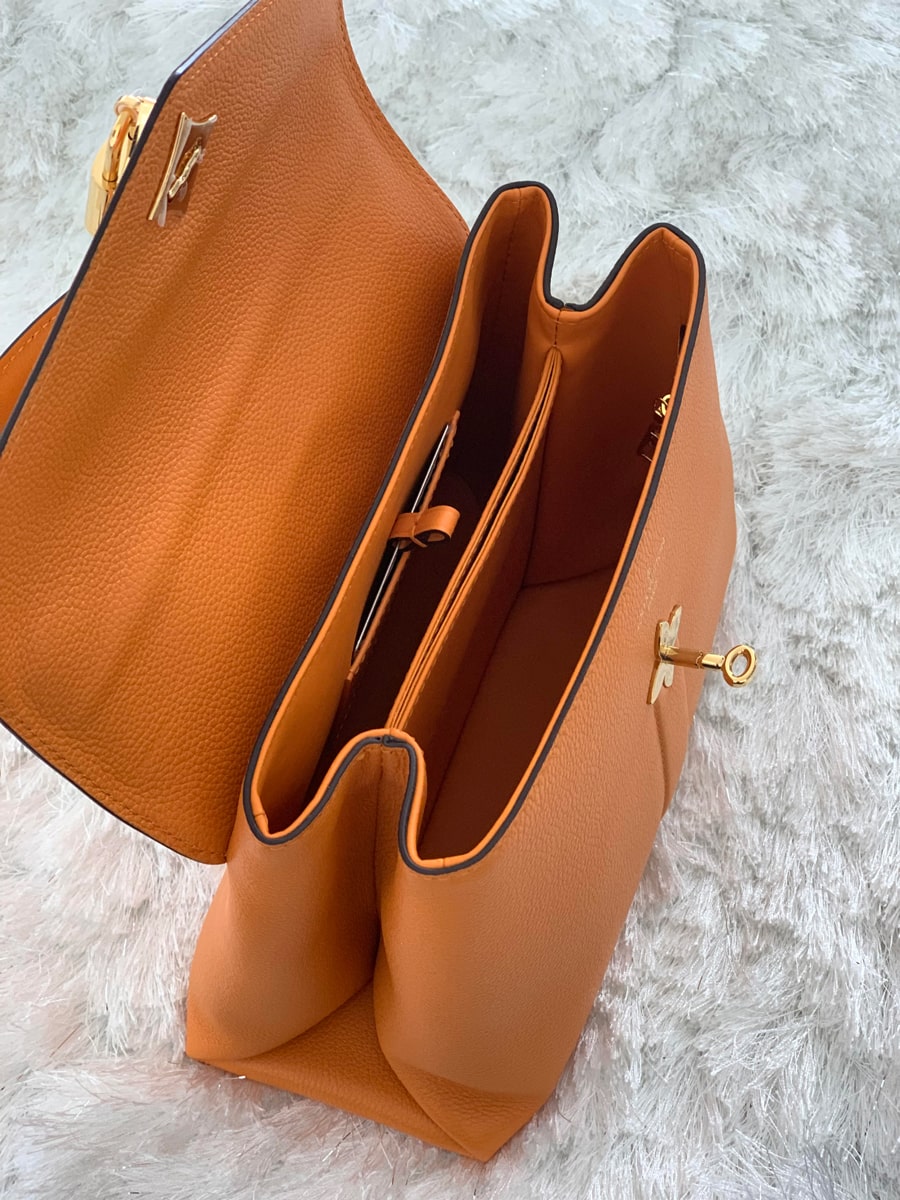 One of the most appealing factors of the bag is its functionality. I was prepared to only use this bag on special occasions (given the color as well), despite the website's description of the style as an "everyday bag." But in the last four months, I find myself reaching for it more than many others, including my Prada Medium Galleria and Chanel Flap.

Available in MM and PM (I have the PM), the Rose Des Vents is one of the easiest bags I've handled. Despite the lock closure and top handle, it's convenient to reach in and out of. With soft calfskin leather lined throughout the bottom half, it's roomy and fits more than enough (water bottle included!).

There's a large interior divider, which also features a small pocket inside, as well as additional small pockets and zippers on both sides of the divider, allowing one to organize all belongings.

Day to day, I most often wear it crossbody as holding it strictly by the top handle becomes tricky when trying to reach inside for something. The crossbody strap is unfortunately on the longer side, too. Though there's a way to alter the size by a couple of inches, I would have appreciated a bit more room to make it longer (or in my case, shorter). 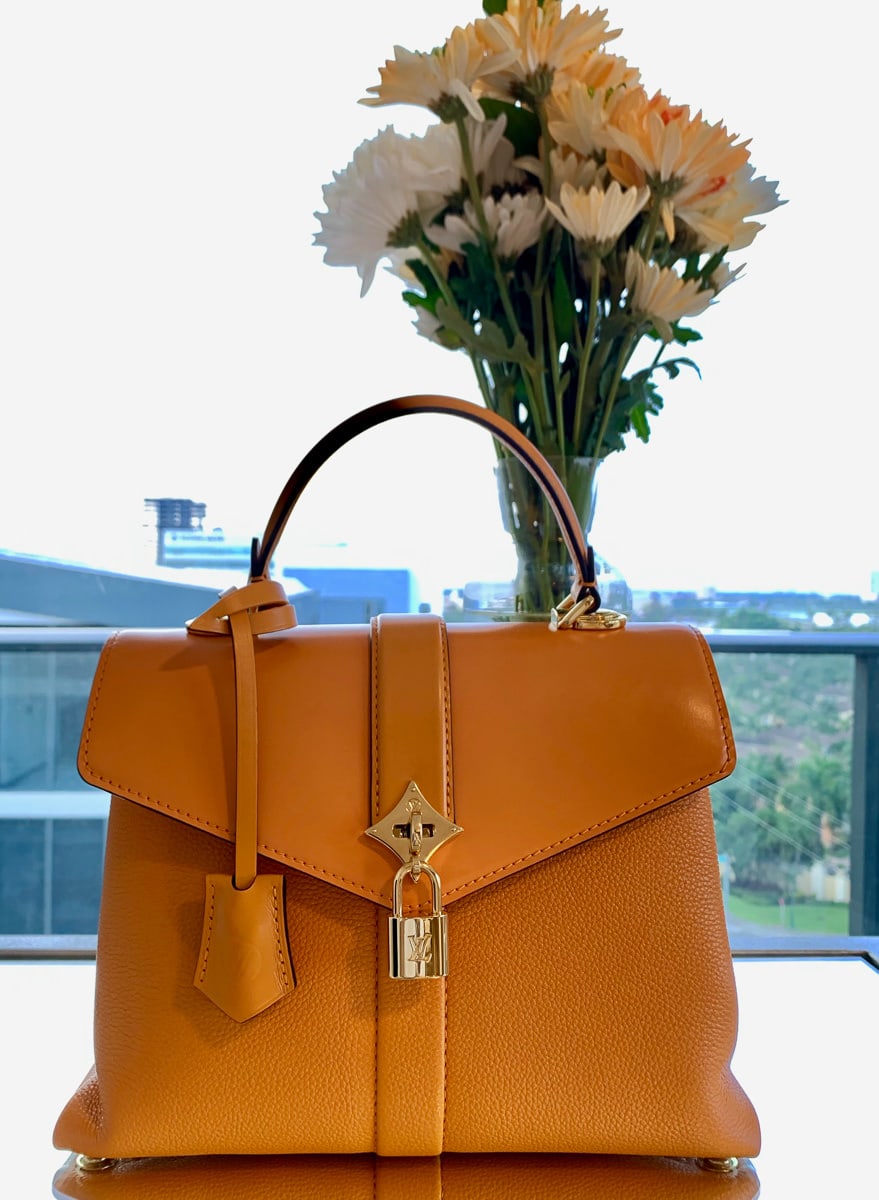 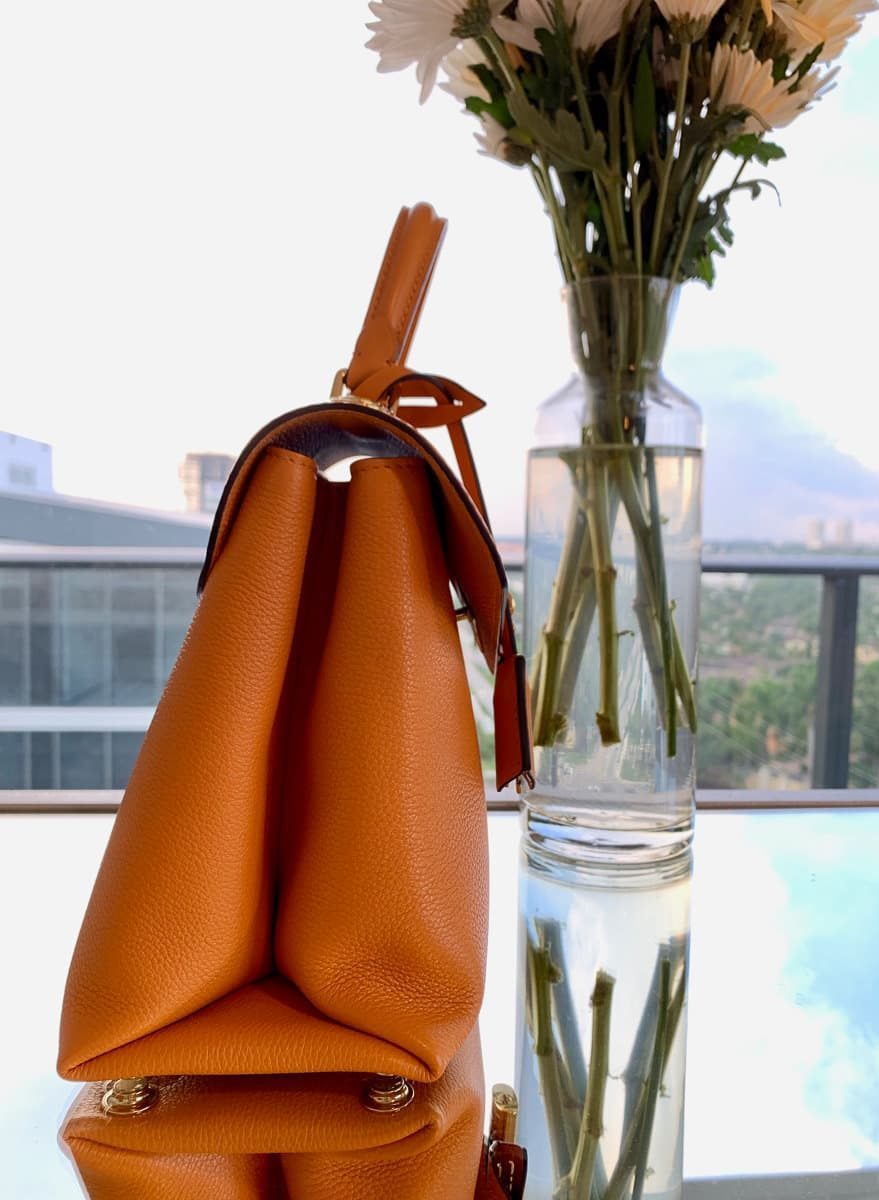 You can expect the same kind of quality and construction of this bag as with any other Louis Vuitton piece. The leather is thick and durable, and the top handle flap, though sleek, is lightly coated, preventing it from easy scratching and scuffing.

Given I've used this bag more than I intended, I was worried it would start to show, especially around the top flap. So far, so good – for now. While it's inevitable that it will begin to wear, I've been able to throw it over my shoulder, into my car, and around my apartment without any major damage. As with any bag, however, I try my best to avoid direct scratching as I know it will most definitely leave a mark.

As the bottom portion of the bag is soft calfskin, I've noticed a slight tilt when it's empty. I usually stuff all my bags when not in use, but this particular one needs a little something extra. I fear overtime the shape will become flat when empty, so I've taken extra precaution when storing it. 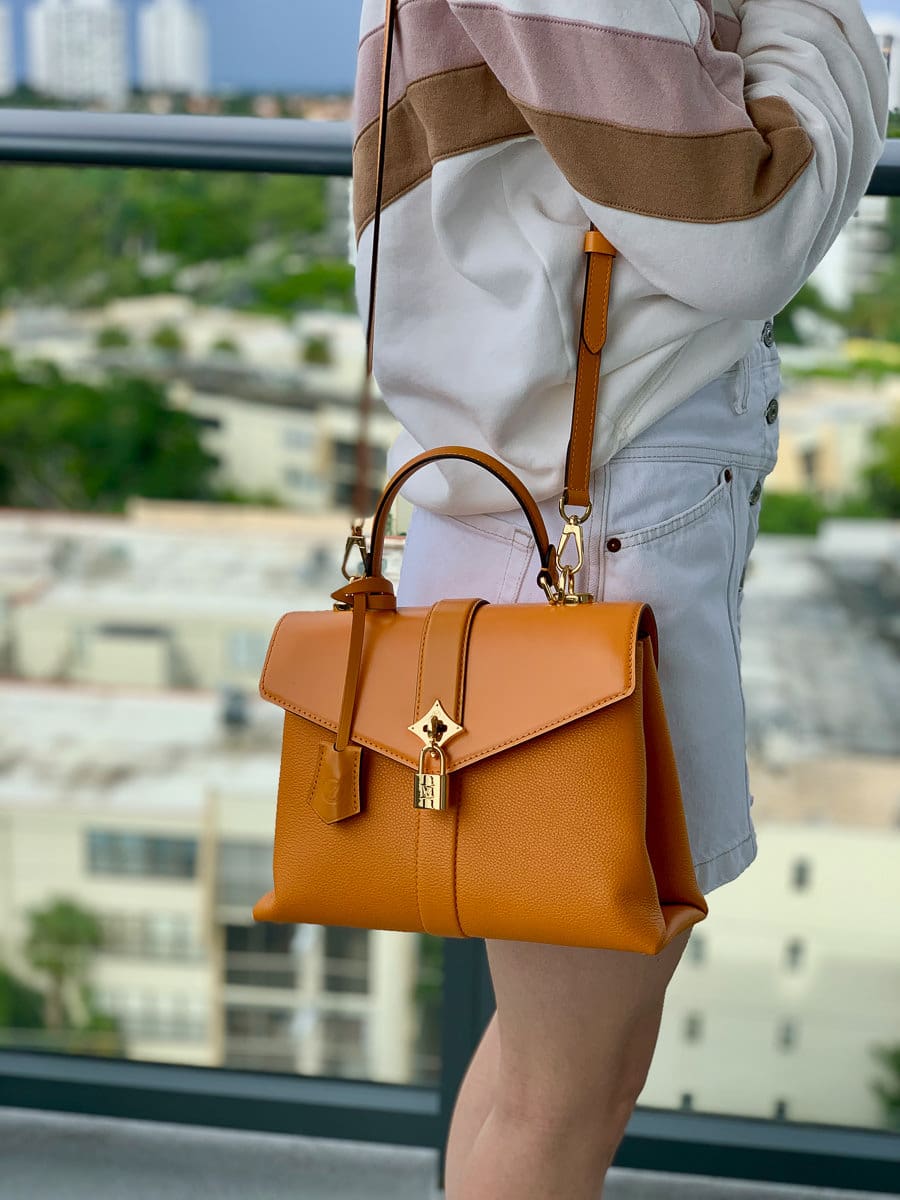 I won't sugarcoat it: This bag is expensive. Ringing in at $4,000 and $4,250 for the larger version, it's almost the cost of a Chanel Medium Flap. I didn't bat an eye while purchasing it because it was more so about the experience than the potential for resale.

If you have the money, I'm confident you'd be pleased with it. However, if you're starting your collection or in the midst of acquiring classic bag styles (with a better potential for consignment), I'd pass on the Rose Des Vents.

While it's a beautiful addition to any collection, there are many other fun, quality, and brightly colored bags that won't cost you as much. I would not have purchased it in the States for that price because I know if I try to consign or resell it, I would be lucky to get half of the original price, at most. 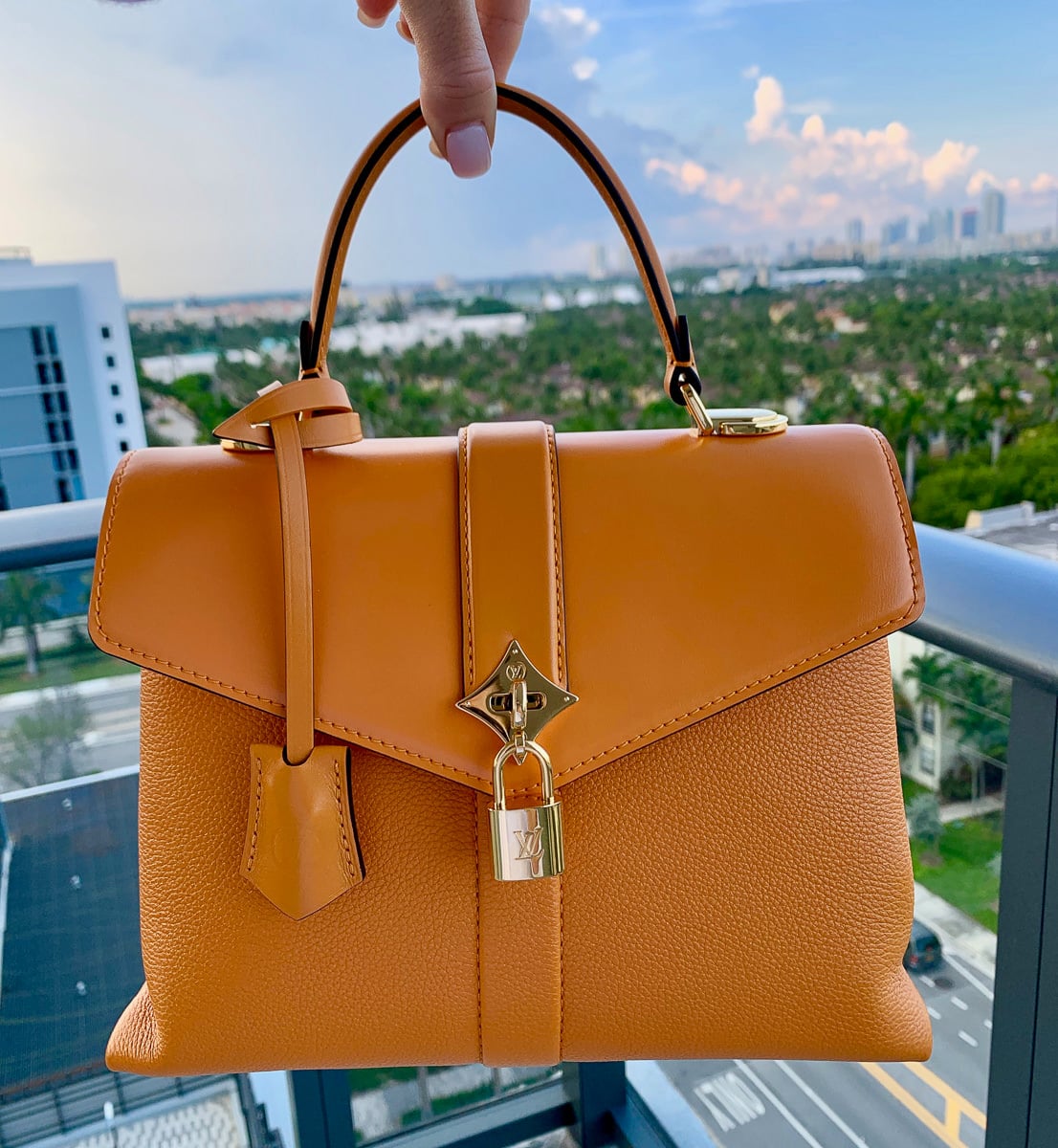 When I purchased the Rose Des Vents, there was no telling how well it would be received. Nearly half a year later, it's still available for purchase online and in boutiques. It's difficult to say how long this bag will remain available as seasons change, though.

Either way, the shape, color, and style are timeless. Given its similarity to the Kelly, the boxy flap with a metal closure won't be going anywhere anytime soon. As for resale value, I'm not sure I'd get anywhere close to what I paid, despite its immaculate condition, purely because it's not considered a "classic" style. It's a shame, but that's the reality of purse-buying. 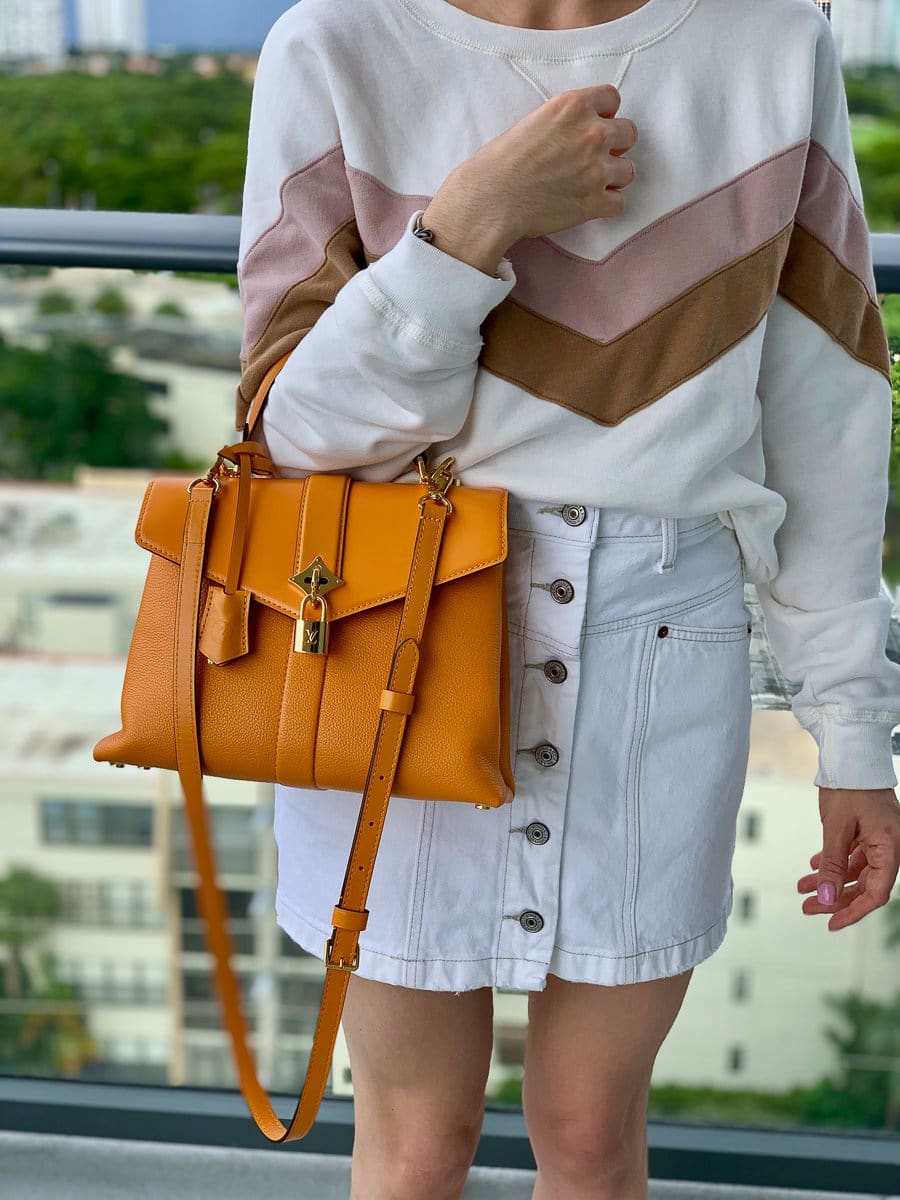 For me (and probably for many of you), this bag works. It's unique; it features the brand’s iconic color; and it’s unbelievably understated compared to other LVs.

Even though there are more than 47 orange Rose des Vents journeying throughout the world, I know I still would have bought it because of the significance it will forever hold, reminding me of my trip to Paris with my mother.

Looking at it objectively, the bag is a stunner but definitely overpriced given the uncertainty surrounding its staying power. I love that I now have one fun-colored bag in my collection, but going forward, I think I'll stay within the margins of the classics, bags I know I'll always be able to get something back for.