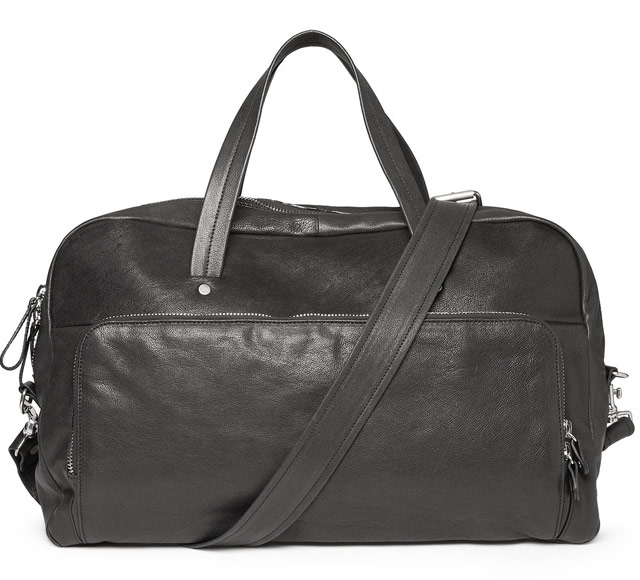 No matter how many Maison Martin Margiela pieces I see or how much I know abou the history of the brand, the first thing that pops into my head when I see the brands work is, “What’s that jacket, Margiela?” It’s a lyric from “N***** in Paris,” which is a Kanye West song that you’ve probably already heard a million times (but listen to it again after the jump – it’s not a bad way to start a Monday morning). It was one of the biggest tracks of 2011, and as Kanye’s interest in fashion continues to explode, so does the percentage of his lyrics that reference the industry in some way.

In addition to Kanye’s love for Margiela, he’s also developed quite the penchant for black leather, particularly over the past year. (Remember that Givenchy leather skirt he took to wearing on the Watch the Throne tour?) That’s why I can’t think of any other potential owner than Mr. West when I look at the Maison Martin Margiela Leather Holdall Bag, which is the subject of this week’s Man Bag Monday.

Naturally, Yeezy wouldn’t be carrying anything in this bag. He’s Yeezy, he has an entourage for that. Sometimes the bag completes the look, though, and in those cases, Kanye’s proven himself more than willing to tote a super-luxe man bag. He’s been fairly loyal to Louis Vuitton in the past, but because his overall sense of style has evolved to more avant guarde designers, I think it’s time that he toted some Margiela. Buy through Mr. Porter for $1735.