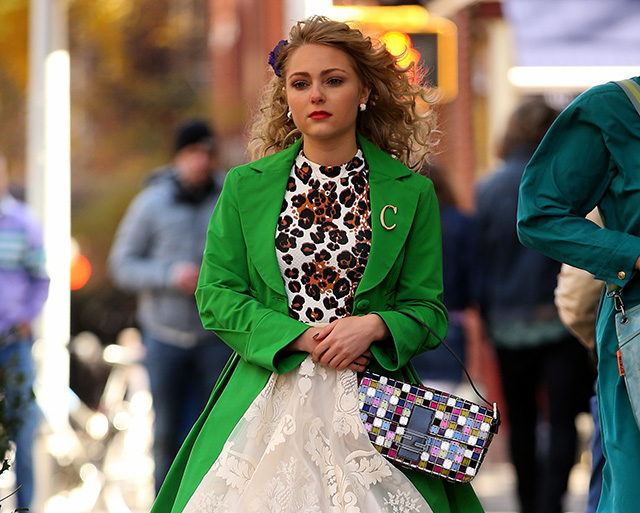 The costume department behind The Carrie Diaries is unarguably one of the best on TV, but it does occasionally take liberties with its 1980s timeline. Here's AnnaSophia Robb, filming exterior shots for The show in NYC, carrying yet another eye-popping Fendi Baguette. This time it's the Fendi Multicolored Mosaic Baguette Bag, which features colorful glass tiles set against calfskin trim and palladium hardware. You can currently snag this Baguette at Neiman Marcus for $4,600.

Several months ago, we spotted AnnaSophia filming scenes with another Baguette, the Fendi Enamel 3D Studded Baguette from the brand's Spring 2013 line. The Baguette is, of course, the bag favored by SJP's Carrie in Sex & The City, but it didn't actually exist in the 1980s. Making that decade look fresh and interesting again (and not like a crappy college "80s Night" party) is an arduous task for any pro TV stylist, however, and we can forgive a few misplaced Fendi bags. 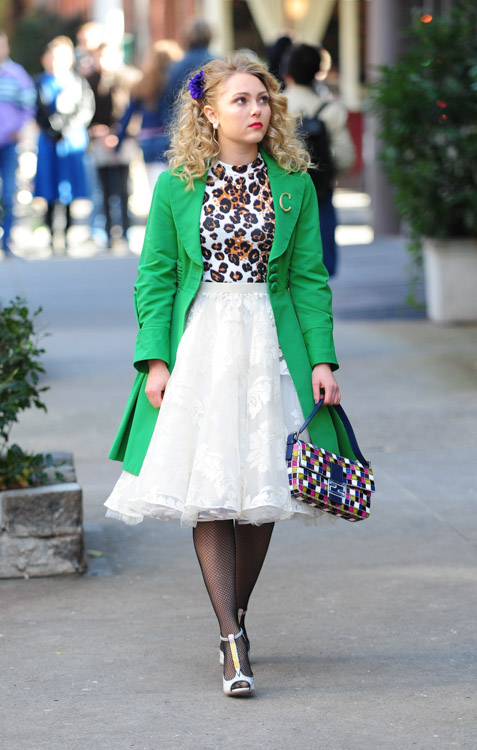 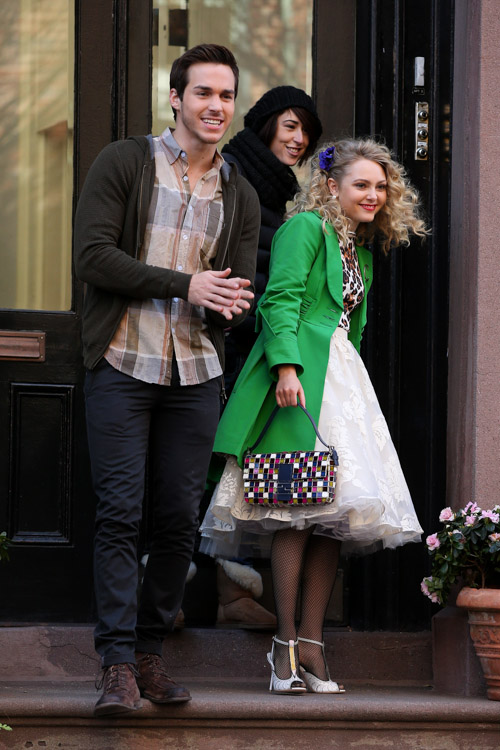 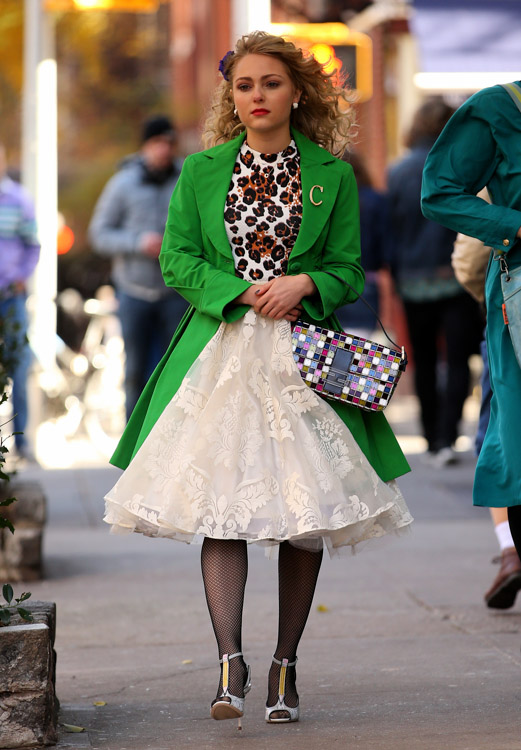 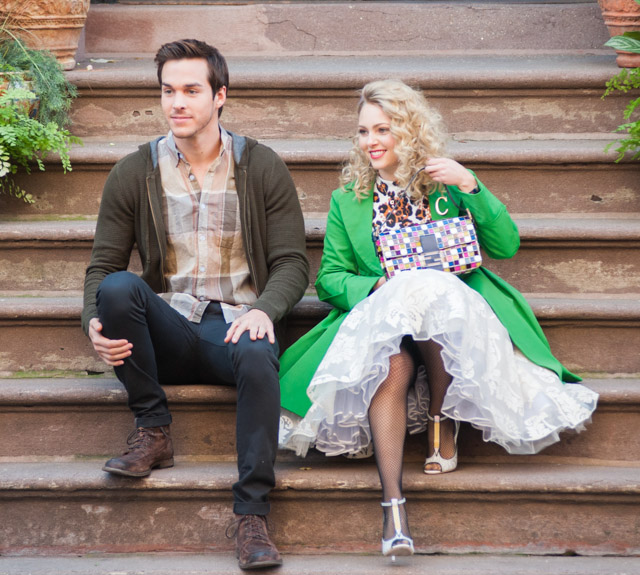