Stars Stun While Enjoying the Holiday Season in Bottega Veneta, Versace and More 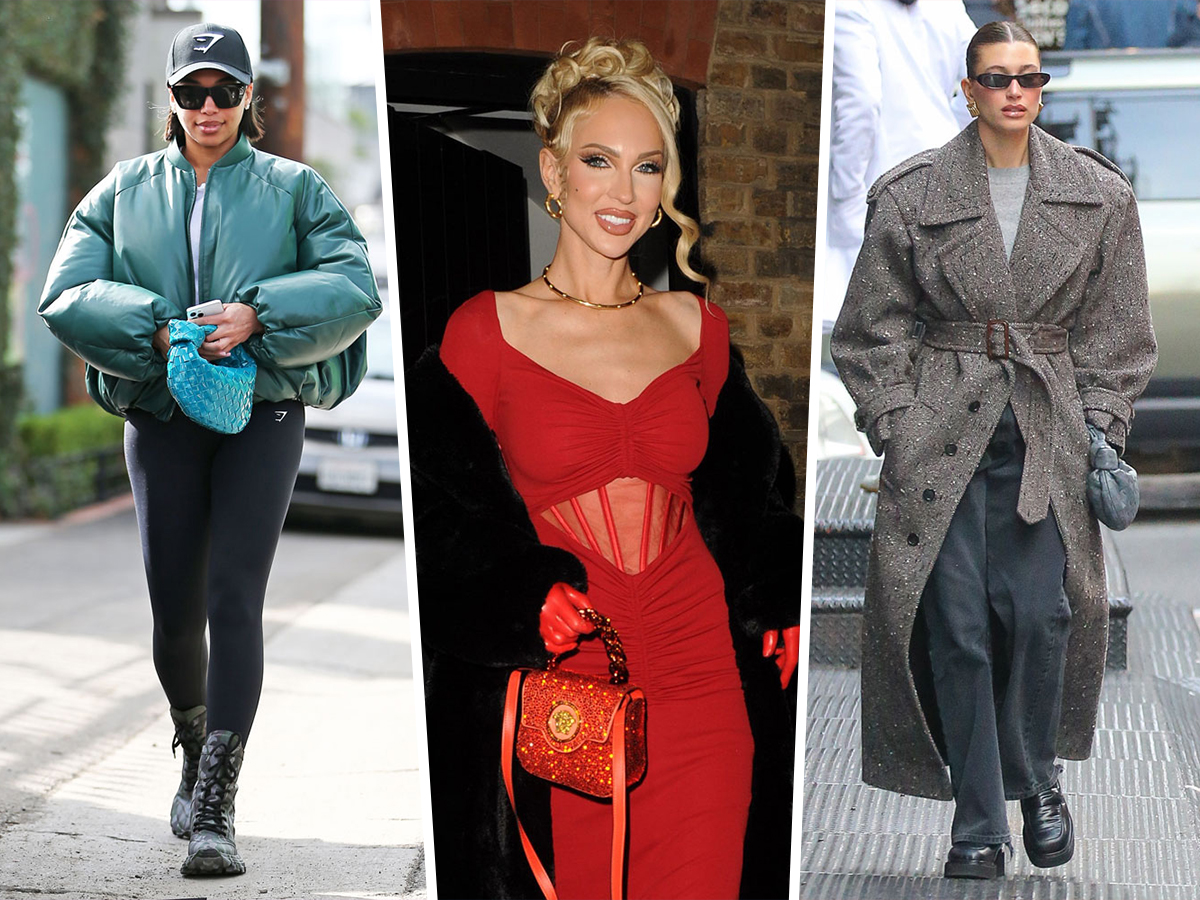 Last week saw a variety of bags, but they were seriously lacking in the color department. While this week’s stars are back to showing off some colorful carries, there was one hue in particular that they seemed to gravitate towards.

Shades of blue made the rounds this week, from Bottega Veneta to Hermès; it seems that celebs are having a blue Christmas season. This week we also saw a rare stateside appearance from Kate Middleton, who opted to leave her favorite British brands behind for a luxury brand we don’t see her carrying all that often! Check out the full set of stars below.

Holiday shopping, parties, and more bring out our favorite celebs!

Sienna Miller, forever our boho-chic queen, was snapped waiting for a taxi in SoHo. The actress presumably did some shopping ahead of the holidays carrying her beloved Mansur Gavriel Bucket Bag. 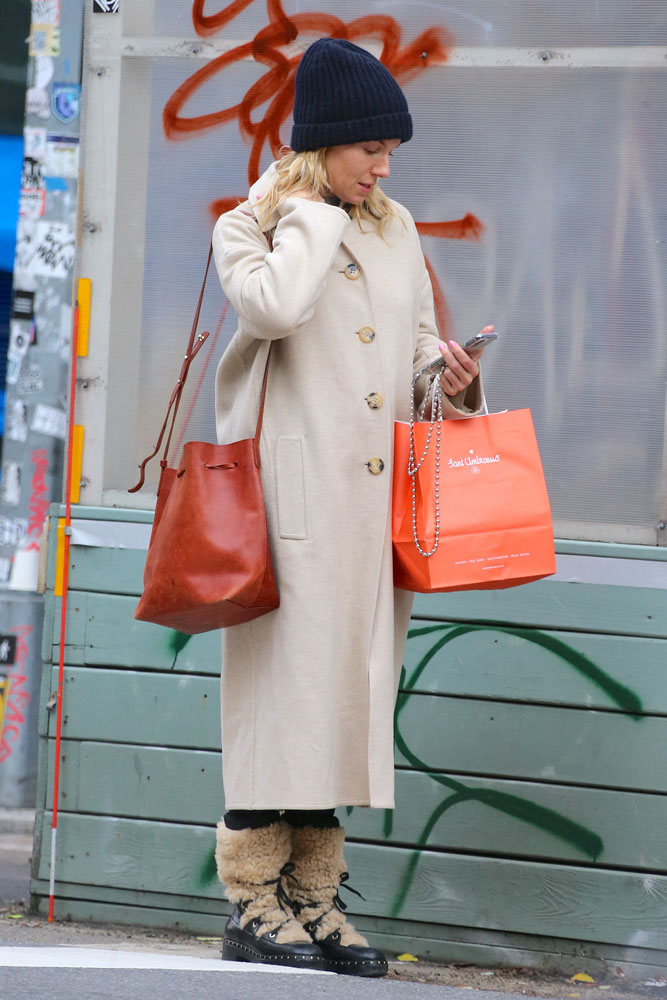 Princess of Wales Kate Middleton was seen leaving an appearance in Boston, Massachusetts, looking as sleek and classy as ever. This is a rare sighting of Kate carrying Chanel, and we are here for it. 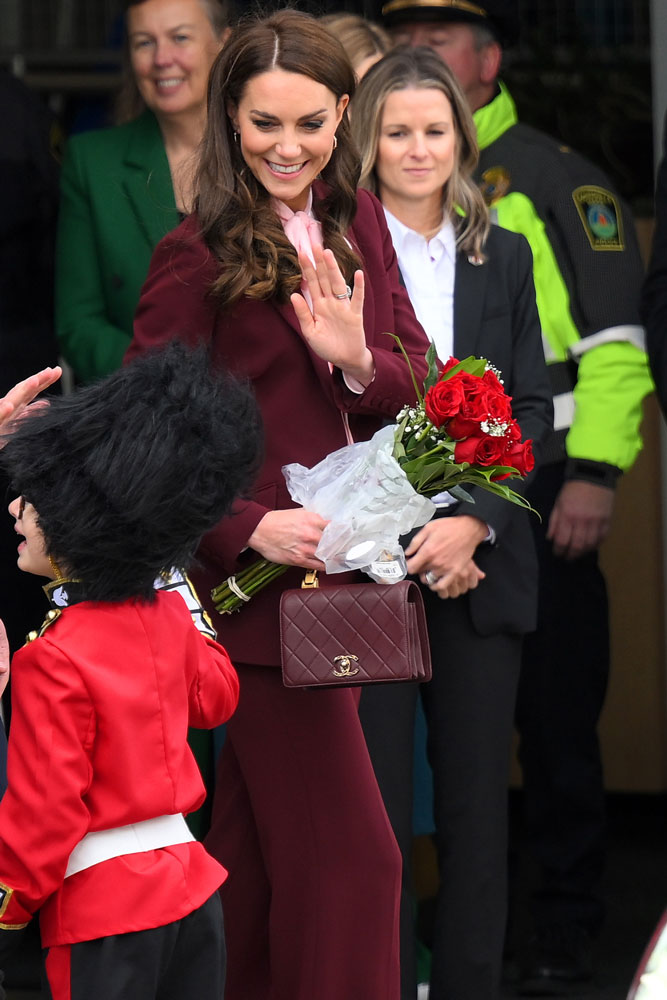 Dua Lipa left a hotel in New York City carrying the latest It-Bag from Bottega Veneta. Unfortunately, the superstar’s attempt to remain incognito underneath sunglasses and a New York Yankees hat did not seem to work. 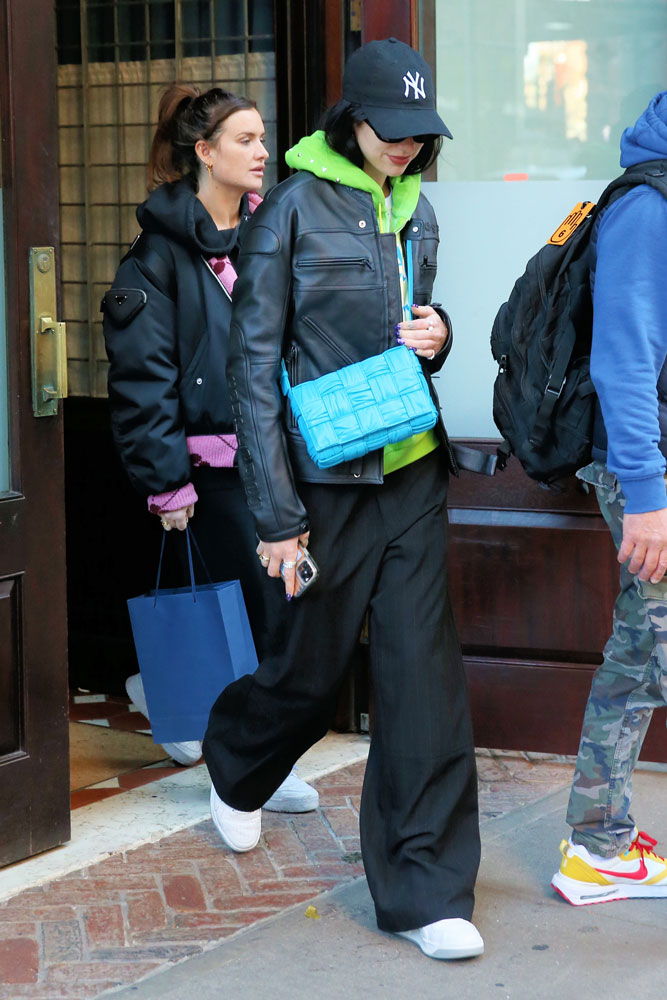 Speaking of superstars, Cardi B was spotted in Miami leaving Story Nightclub, making no attempt to shy away from the paps. She carried an absolutely breathtaking Kelly Cut, which it seems she’s barely able to keep a clutch on, thanks to her manicure. What’s longer? The Kelly cut or her nails? 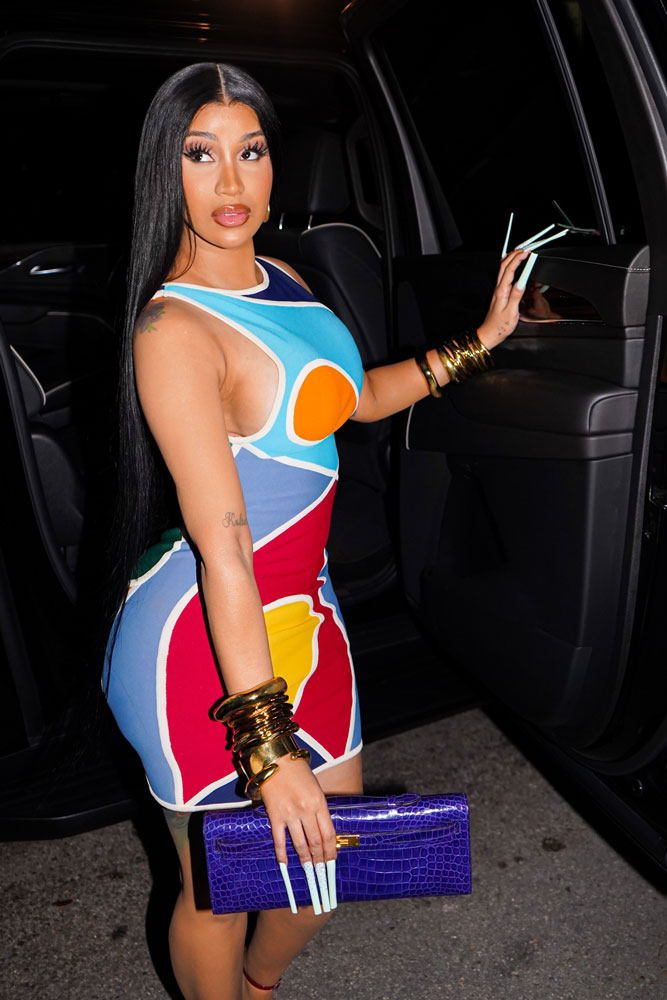 Hailey Bieber was spotted strolling around SoHo doing some shopping. While it remains unclear if she was shopping for herself or others, one thing is obvious: her outfit is effortless! Hailey carried Bottega this week as well. This time, she opted for a muted grey Mini Jodie. 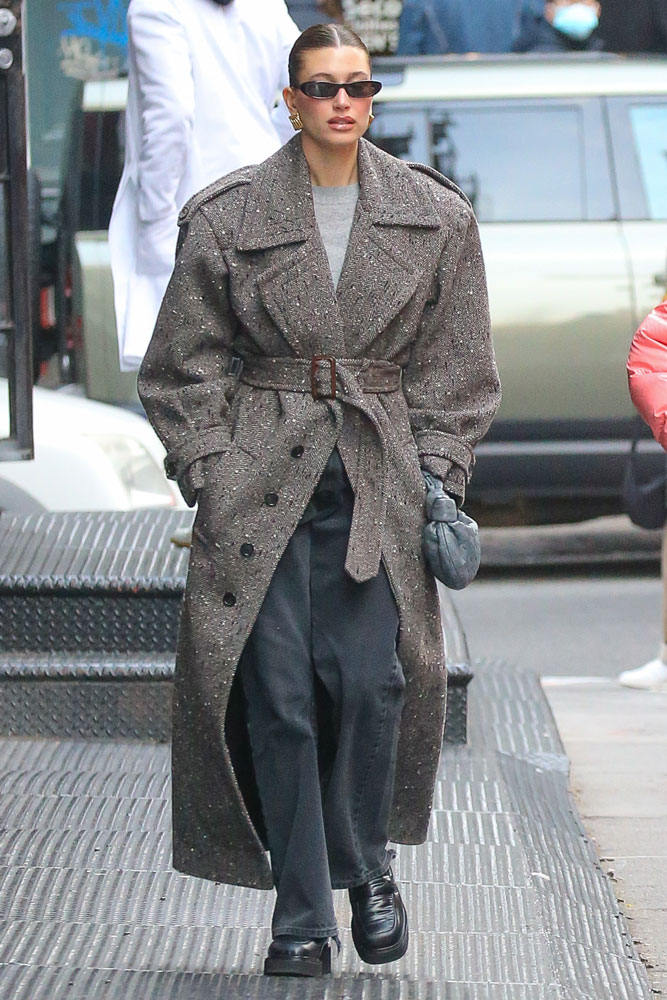 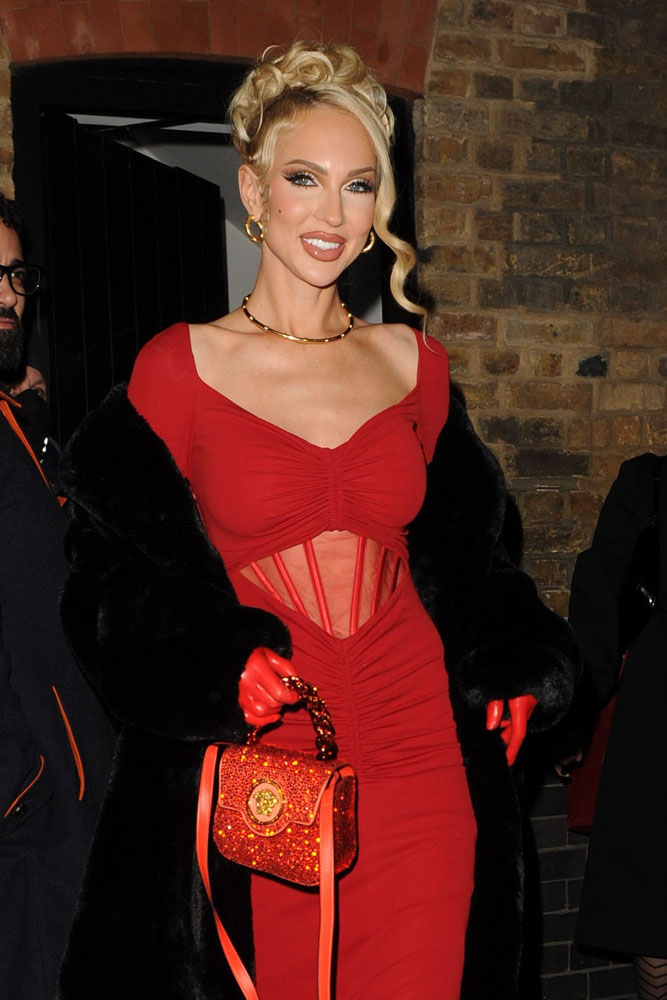 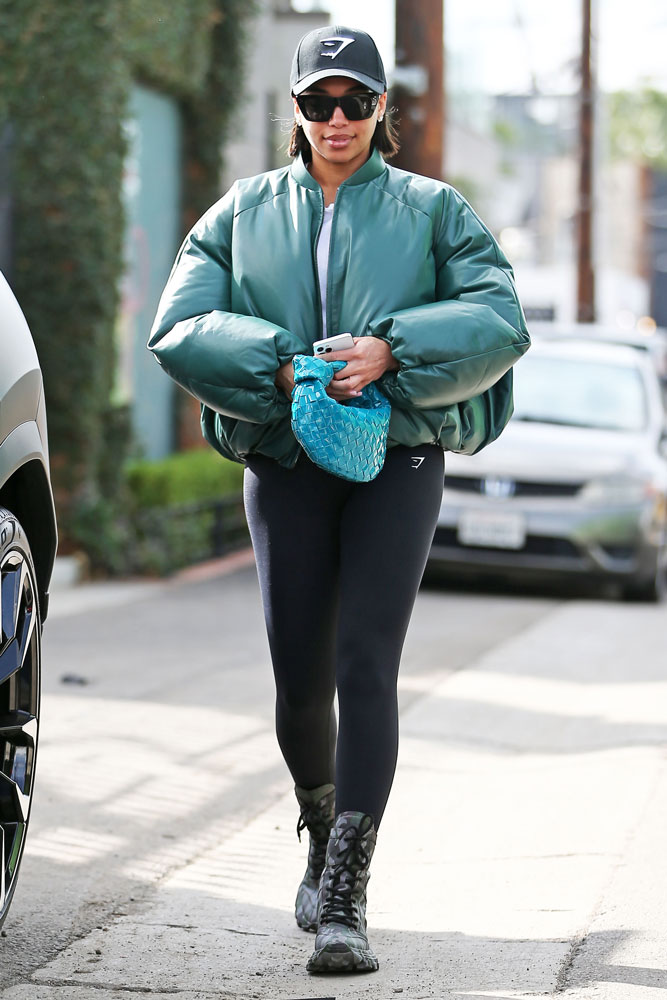 Kendall Jenner wore a classic bag by The Row while out and about in Beverly Hills. Other snaps from this day show Kendall flashing the paps with a finger we shall not name. 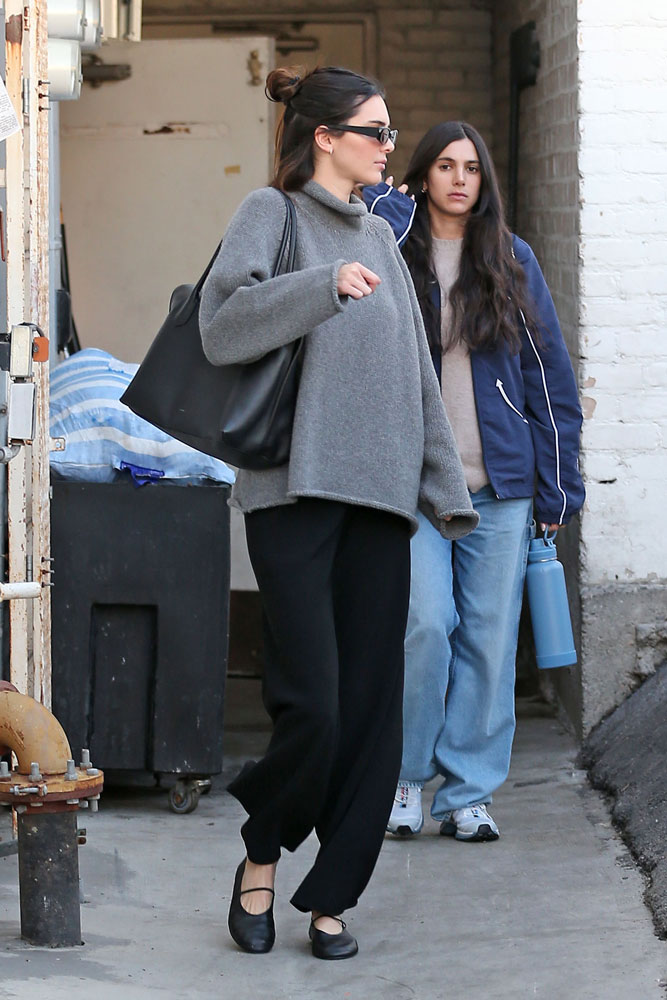 Kendall Jenner flipping off paparazzi when she chooses to live in a glass house for fame and fortune? That whole family is gross.

Oh wow. This is interesting….The article has been edited. In the original post it said there were multiple pics of her flipping off the photographers but purseblog chose one where she wasn’t.

We didn’t edit the post. The text still points out other pictures exist from the same day she was photographed flipping the bird. We chose not to publish those for obvious reasons.

I know this isn’t a vanity post, but Cardi B’s nails are just too much!

Lori Harvey is so gorgeous!!

I am surprised to see Kate M wear a Chanel bag. You would think that she would be wearing British brands exclusively.

Well Chanel HQ is now in London, I think since 2019. It’s no longer a French brand.

She usually does carry British designers. She was first seen with that Chanel bag during a visit to France, which made sense. My guess is that she wore it with that suit due to the color. I think the expectation that the Princess of Wales carry only British designers is a rather new phenomenon. Diana famously carried Dior quite often, and she was photographed with a Gucci bag, a Prada, and various Ferragamo bags, even before she and Charles divorced.

I’d noticed that Royals will often wear local/host country brands during official visits, too, which of course this isn’t. She wore ready to wear from British houses for the Boston visit, in any case- Burberry and Alexander McQueen.

Cardi disgusts me. Such low class. The fact that she can only get bags from Hermes through Prive or MAC says something.